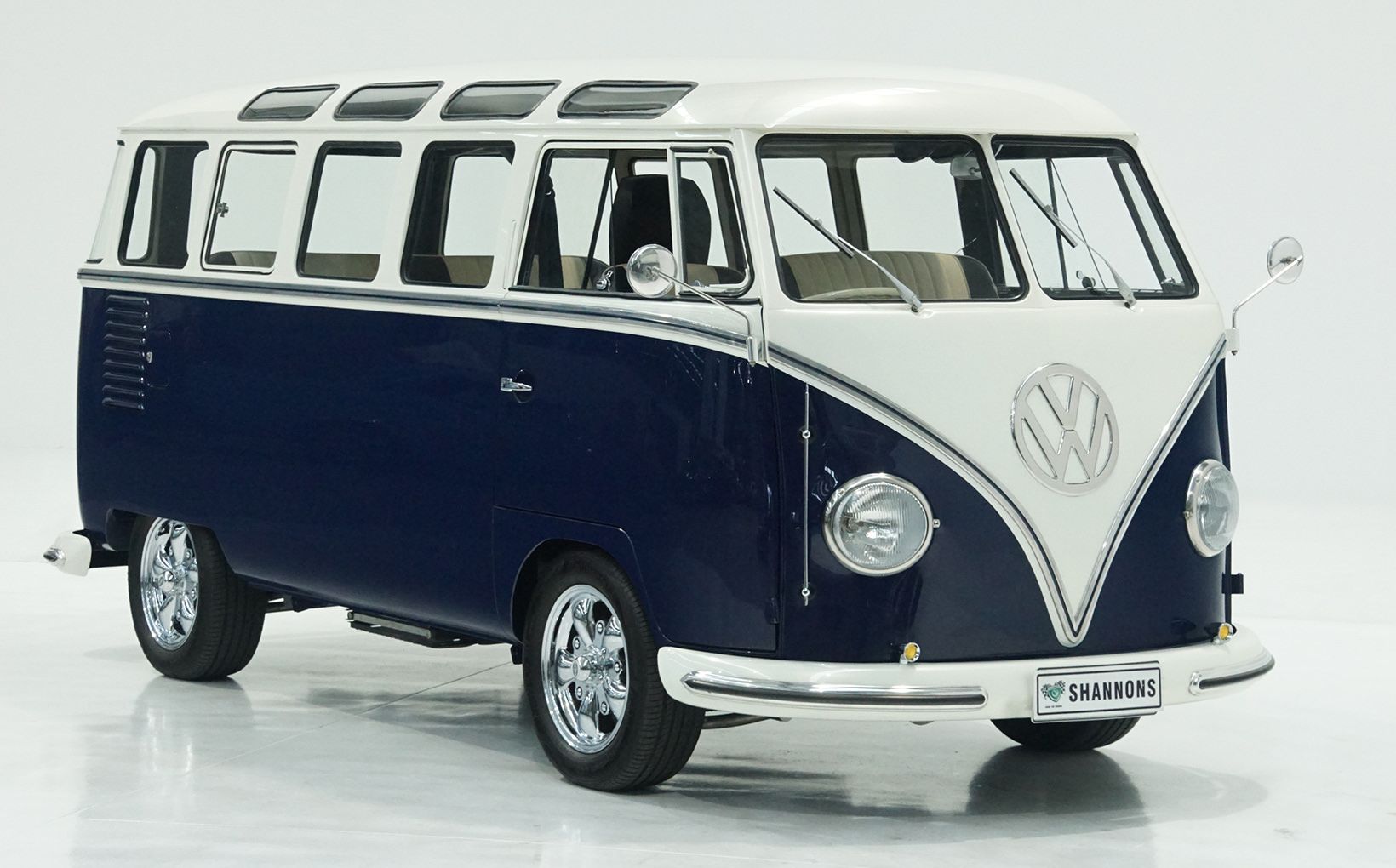 Former working vehicles in good condition are in high demand these days, often worth much more than more sophisticated luxury vehicles of the same era.

In response to this demand, Shannons have an interesting selection amongst the 74 lots in its upcoming Melbourne Winter Classic Auction on July 15. 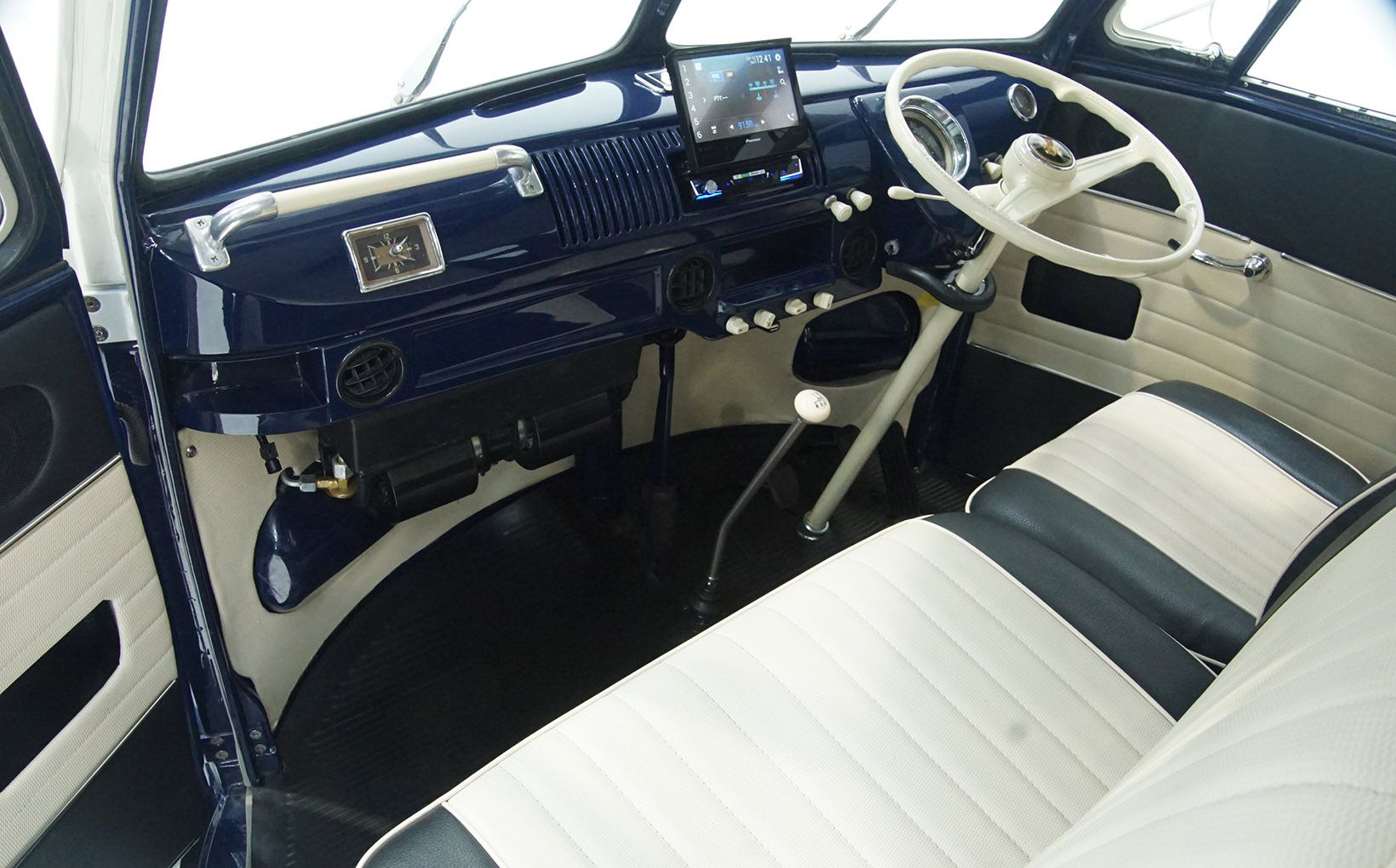 The standout is a rare, 1959, 23-window Kombi bus with side barn-doors that has been treated to a full no-expense-spared restoration that began with a chemical strip of the body and went from there.

Now finished in a superb two-tone paint combination of white over dark blue, lowered onto fresh aftermarket independent suspension and fitted with four-wheel disc brakes and EMPI alloys, it’s a stunner that goes as well as if looks, thanks to its fresh 2-litre VW engine mated to a four-speed manual gearbox.

Inside, the Kombi is trimmed in cream and black vinyl with air-conditioning integrated into the otherwise standard dashboard, with separate cooling for rear-seat occupants making it perfect for family getaways to another era.

With prices of early Kombis still rising worldwide, Shannons conservatively expect this great restored example to sell with ‘no reserve’ in the $100,000 - $130,000 range. 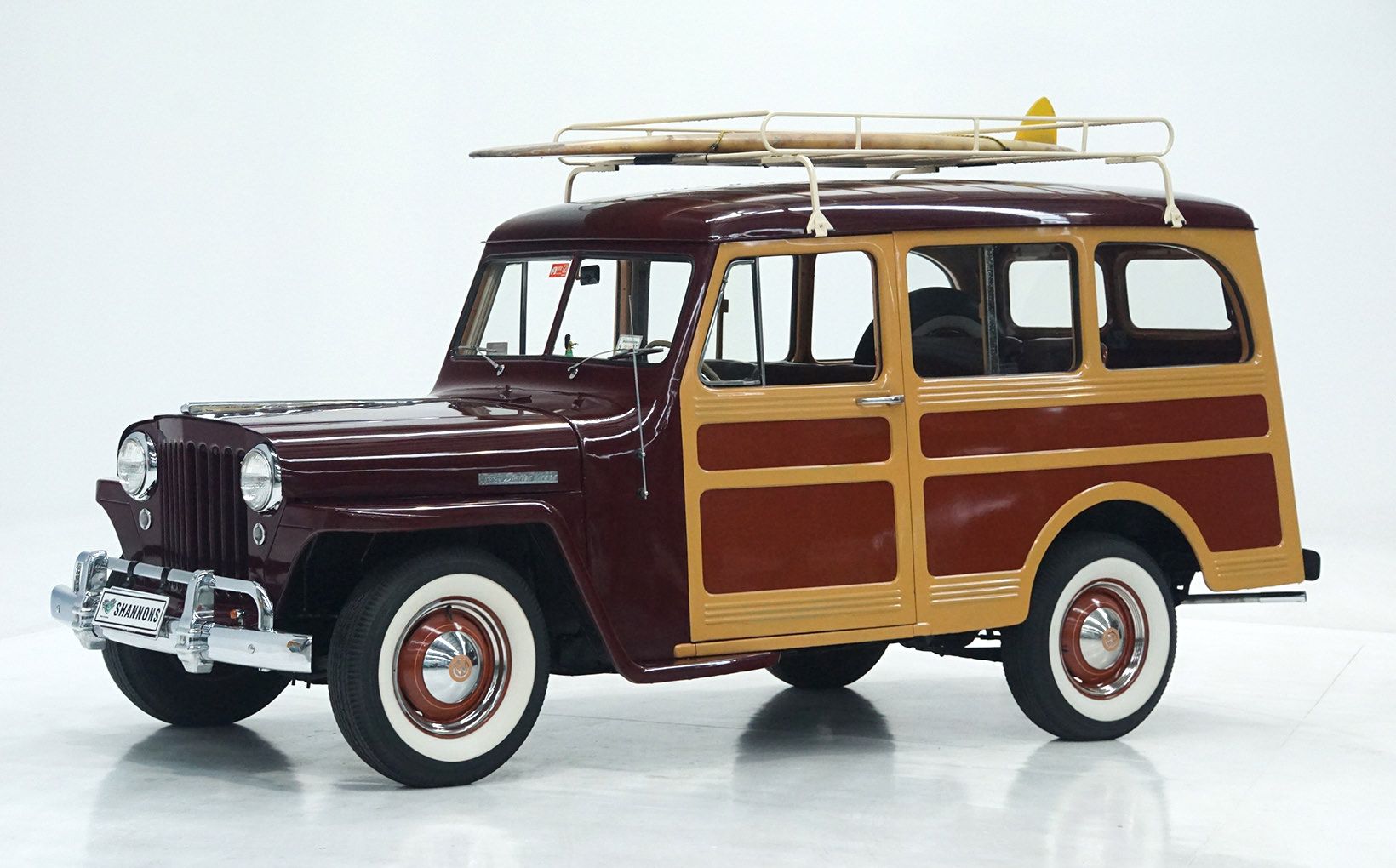 Although a small number of these Jeep Station Wagons were officially imported into Australia in period, the example being auctioned was restored in America and is finished in its factory burgundy and brown paintwork, which gives it something of a ‘woody’ effect, even though its body is all steel.

An accessory roof rack holds the obligatory surfboard, while whitewall tyres on steel rims, further enhance its period look. Inside, the seats are covered in burgundy leather, while the door trims are tan vinyl.

Despite appearances, the Jeep is a two-wheel drive (not a 4WD) Station Wagon, but this one has an Overdrive fitted to enhance the performance of its four-cylinder 2.2-litre engine.

Shannons believe this unusual and eye-catching vehicle would make a great family fun bus for weekend outings and club events and expect it to sell in the $30,000 - $35,000 range. 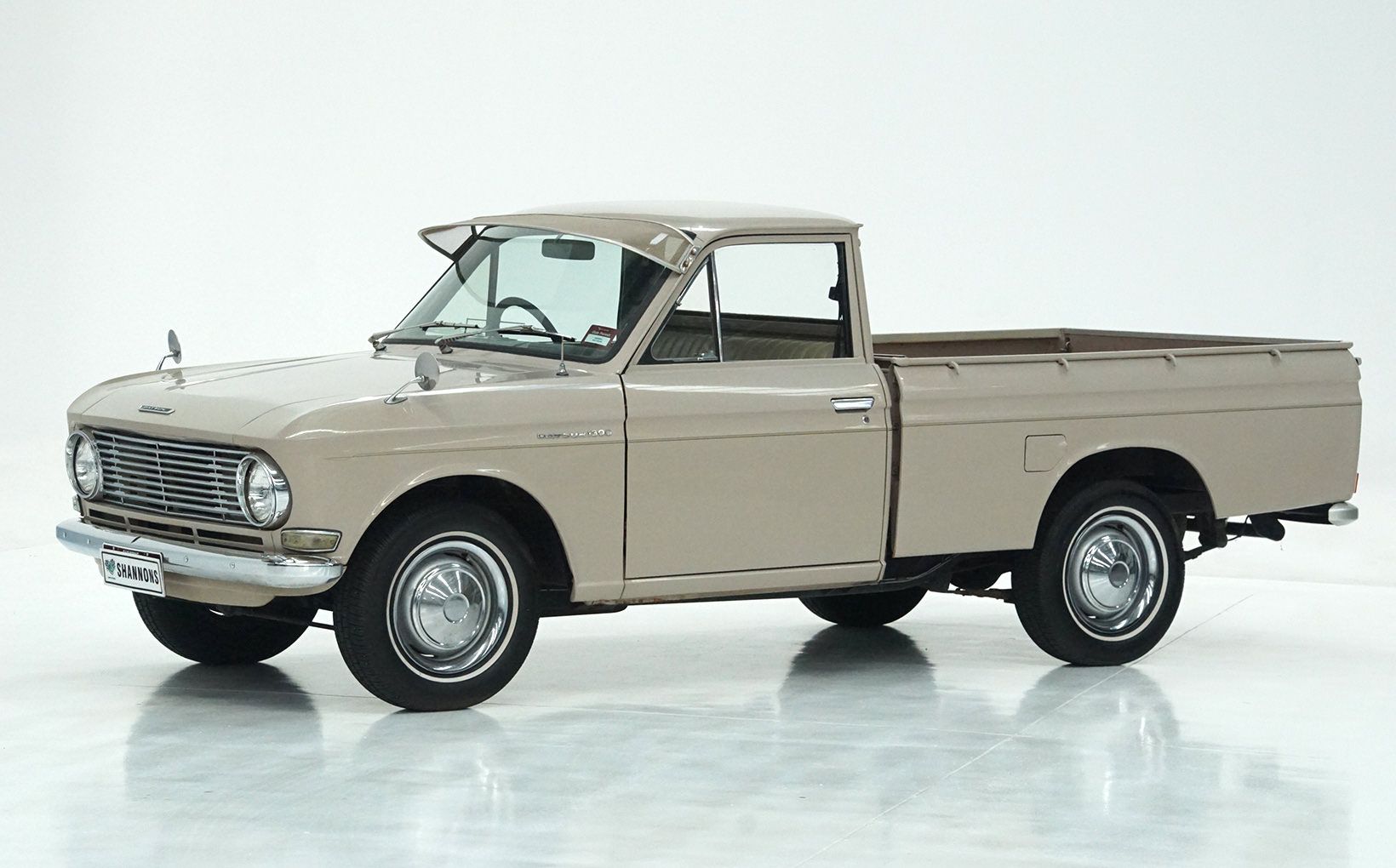 This very rare 1965 Datsun 520 Ute with low kilometres in standard, unmodified condition, is being offered with ’no reserve’ at Shannons Melbourne Winter Auction on July 15, where it is expected to bring $10,000-$14,000.

Early ‘utes’ that have survived their working days are also in demand these days, with two collectible examples going under the hammer on July 15 – an incredibly rare 1965 Datsun 520 and a rotisserie restored and mechanically rebuilt 1962 Ford Falcon XL.

Built from 1965 until May 1968, the Datsun 520 was a traditional ‘ute’ with a separate cabin and a high-sided load tray. Strongly resembling a Datsun 410/411 from the front, it shared most of the same sheet metal with that car and was powered by the then-new 1.3 litre, 67HP Nissan J13 four-cylinder engine, with a four-speed manual gearbox and a column shift.

An unusual sight on Australian roads when new, this ‘Japanese commercial vehicle brown’ 1965 Datsun 520 Utility could be the only one still on our roads today and is offered with ‘no reserve’ in standard, unmodified condition, with the 106,000km showing on its odometer – believed to be genuine – at the time of cataloguing.

While a previous long-term owner used the Datsun as a daily driver, the vendor has instead enjoyed it for recreation over the past 12 months, making it a rare and most unusual collectible that is expected to sell with ‘no reserve’ for $10,000-$14,000. Where are going to find another one? 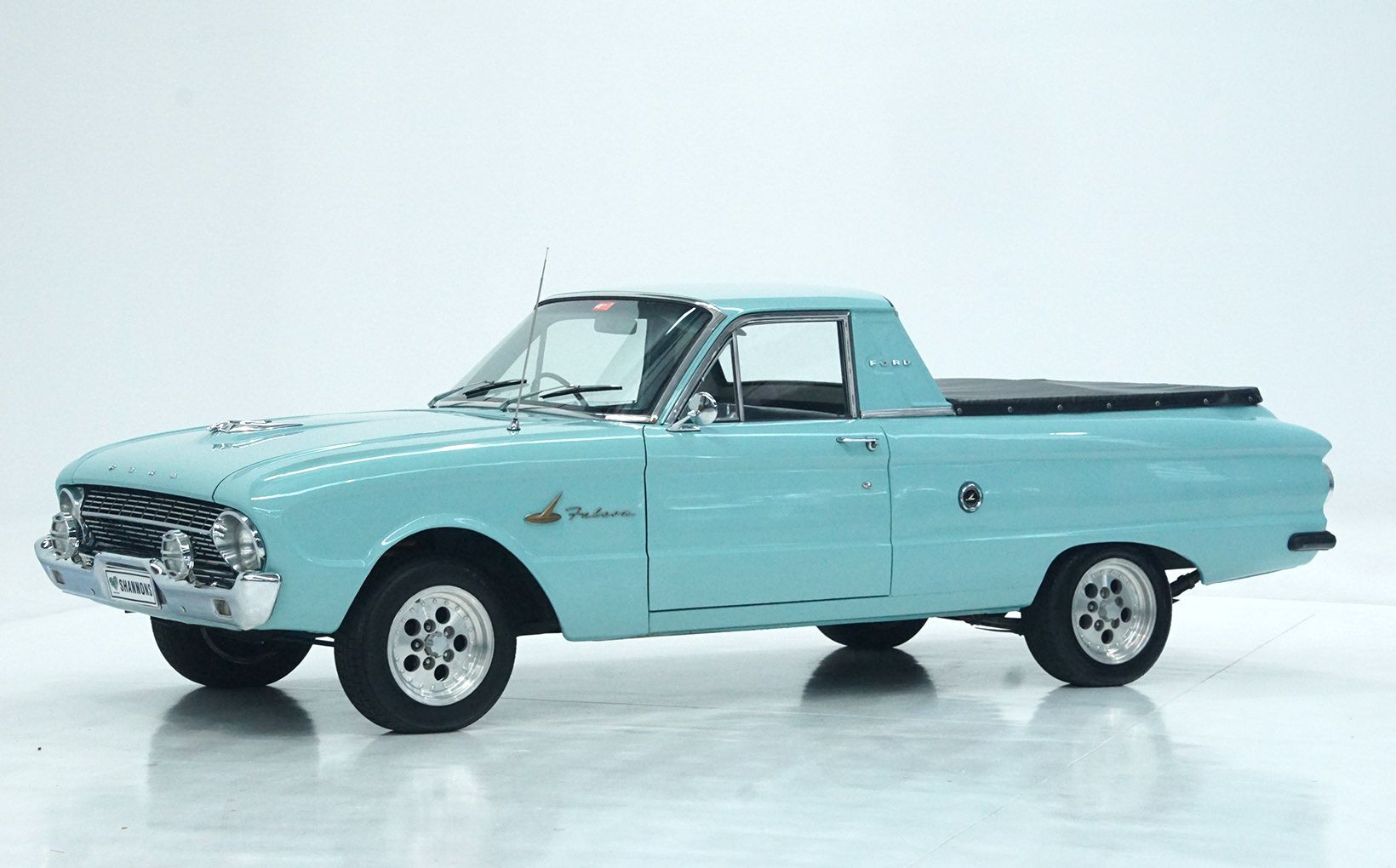 Equally rare amongst Australian-manufactured vehicles is a 1962 Ford Falcon XL Utility that has been subject to an extensive restoration.

Essentially a right-hand drive version of the American Falcon, the newcomer in 1959 was intended to allow Ford Australia to take on General Motors, but there were question over its ability to withstand rough Australian roads.

The Ute being auctioned has been subject to a rotisserie restoration. It is now fitted with the period-optional Ford 170 Pursuit Six engine and is expected to sell in the $20,000 - $25,000 range.