Meant to evoke the Swinging Sixties counterculture with its sand, surf and beach looks, there’s also an unexpected electric vehicle (EV) take, thrusting the concept headlong into the 2020s.

But there’s much more to this story, so turn on, tune in but don’t drop out just yet, as we take a look back before moving forward with this intriguing retro roustabout. 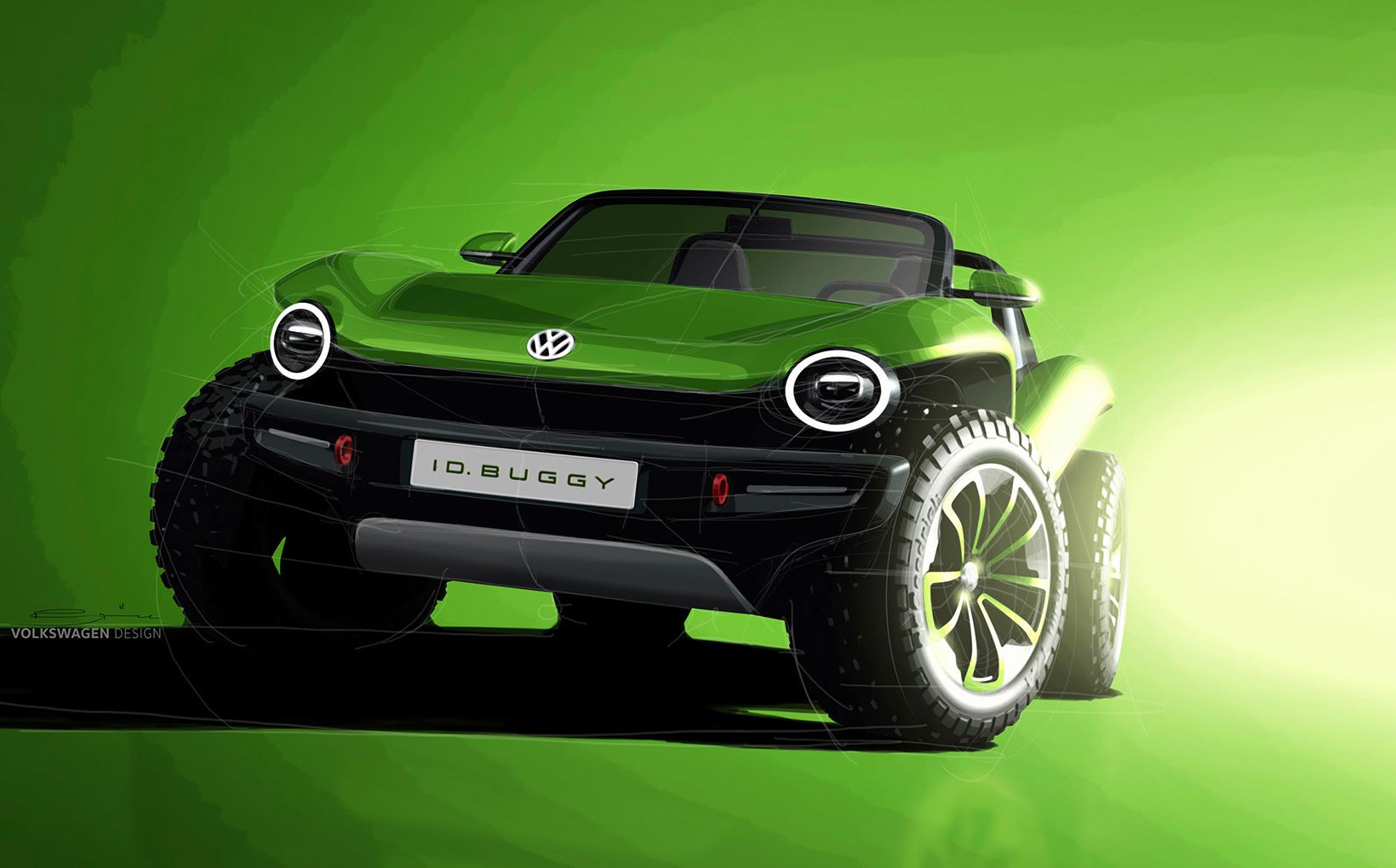 The 1964 ‘Dune Buggy’ original that serves as the ID Buggy’s inspiration was the brainchild of Californian engineer-cum-boat-builder, artist and desert racing enthusiast, Bruce Meyers, who created an enduring social icon in the form of the Type 1 Beetle-based, fibreglass-bodied, rear-engined ‘Meyers Manx’.

Some 6000 were made until 1971, along with hundreds of thousands of copies globally ever since, sparking off a cottage industry based around the humble Beetle chassis.

It’s important to understand the Dune Buggys, because Volkswagen never actually designed or manufactured this specific style of vehicle itself, allowing outsider interests to do that instead. 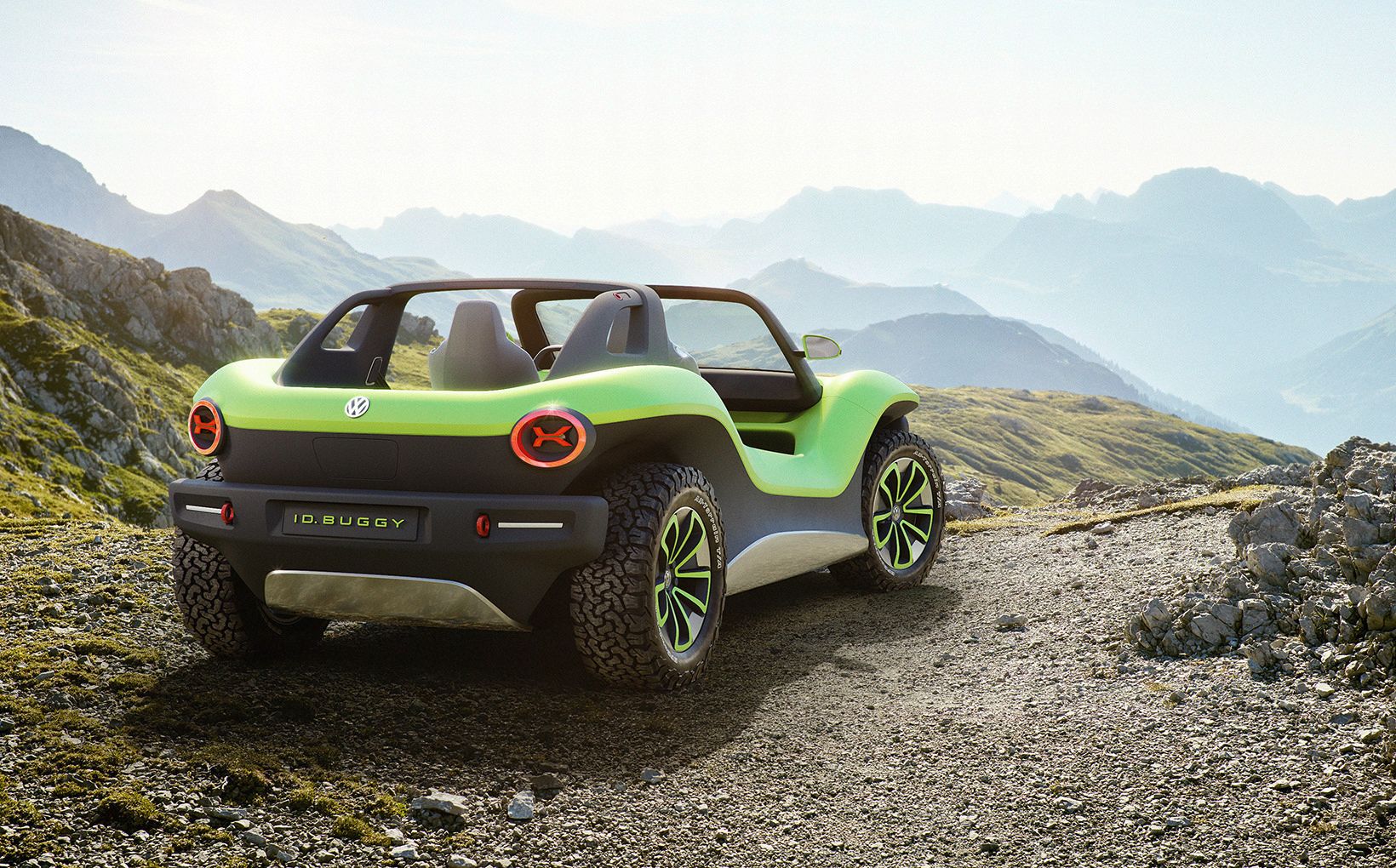 And that’s the main motivation behind the ID Buggy concept, unveiled earlier this year at the Geneva Motor Show and now currently doing the historic classic and revival shows around the world.

Right now, this is just a show drawcard, but if there’s enough interest from the public and enterprising small-volume vehicle start-ups (once known as kit-car makers), we could see something like this on our streets sooner rather than later. Here’s why.

Along with celebrating a defining cultural phenomenon that started 55 years ago, the ID Buggy demonstrates the flexibility of the Volkswagen Group’s impressive new MEB modular electric architecture that will underpin a veritable cornucopia of electric vehicles, beginning with the imminent Volkswagen Golf-sized ID 3 five-door hatch (due in Australia in 2021), and extending to millions of other vehicles around the world – some wearing Ford badges. 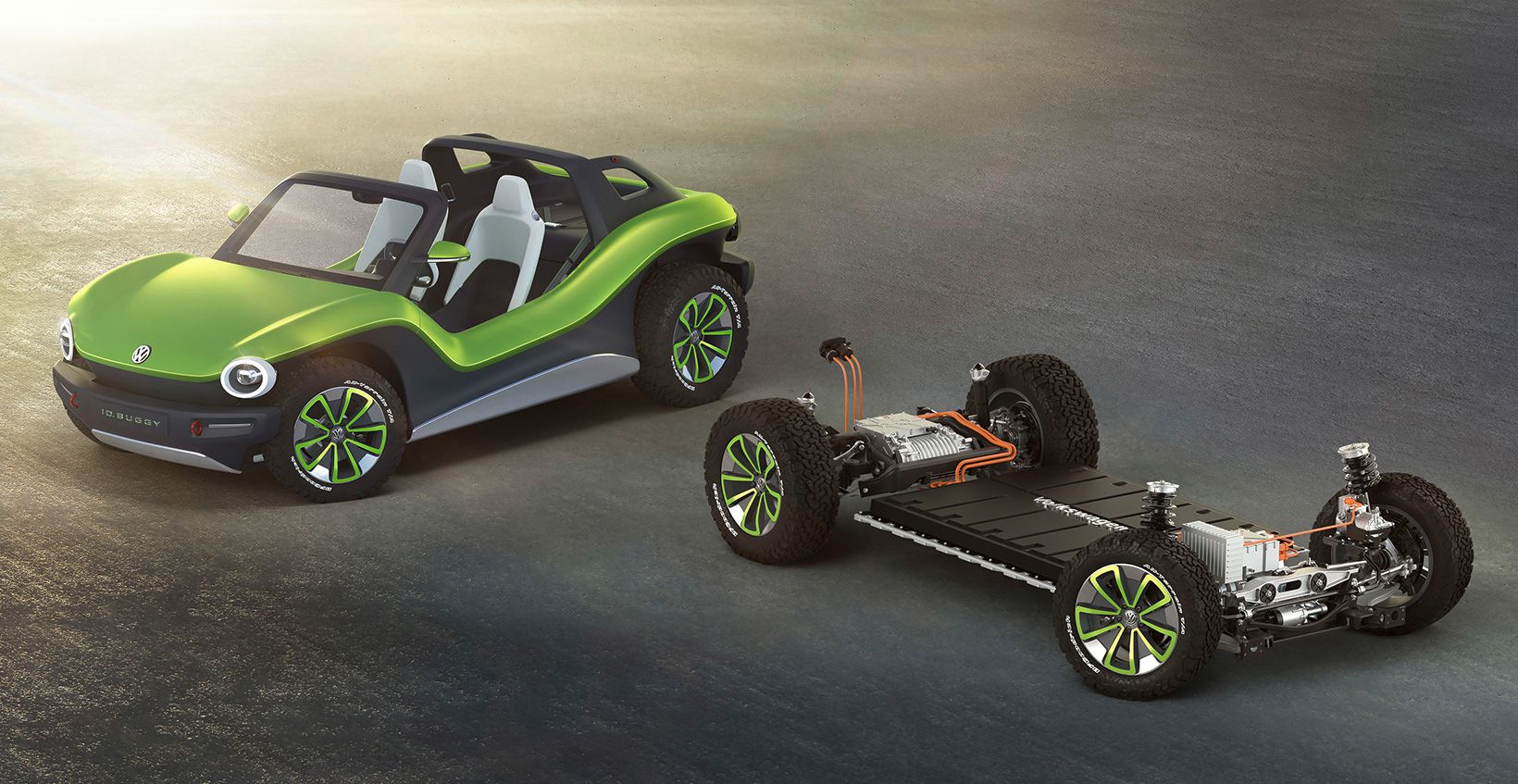 Pitched by the German brand as a “vehicle for summer, on the beach or in the city”, the ID Buggy is based on VW’s modular electric drive matrix (MEB) platform that underpins the other ID models

That ‘3’, by the way, is meant to denote the company’s third revolutionary model, following in the footsteps of the 1937 Type 1 (Beetle) and 1974 Golf.

But we’re getting all too serious here, because the ID Buggy is also meant to show off the lighter, off-road recreational side of MEB, EVs and the zero-emissions future. 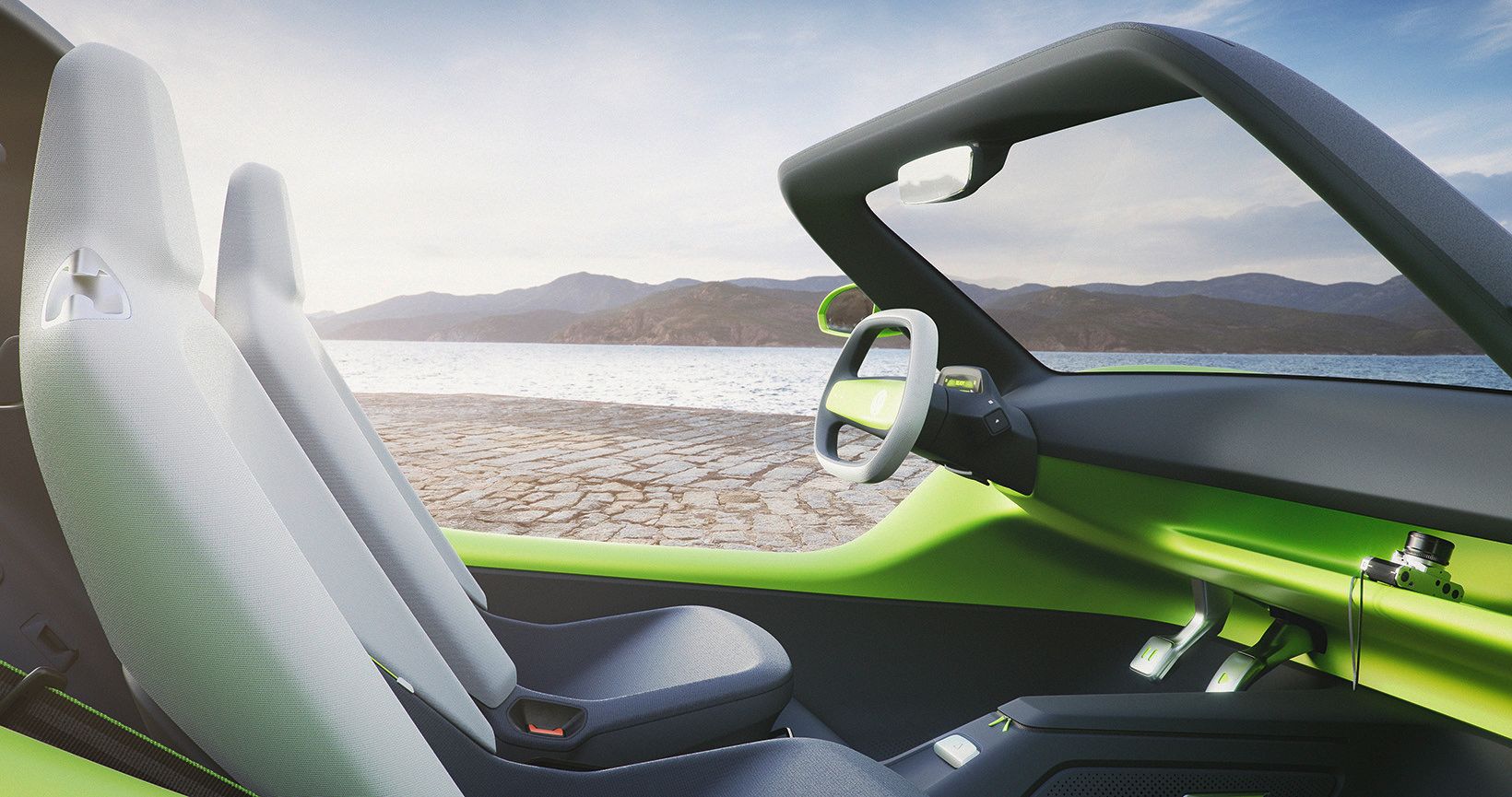 Waterproof materials are used in the minimalist cabin, which features a continuation of the external panels for a robust hose-down effect

For its 2020s rebirth, fibreglass gives way to a composite of aluminium, steel and plastic, while the cabin can be converted to a four-seater arrangement should the need call for such practicalities. Wearing 18-inch wheels, the body appears to ‘float’ above them, in classic dune buggy style. Neat.

Beneath that floor is what you’d expect from a modern EV – a high-voltage lithium-ion battery pack, in this case offering a 150kW electric motor mounted on the rear axle.

Delivering 310Nm of torque via a one-speed transmission, the electric dune buggy can scurry to 100km/h in an impressive 7.2 seconds, on the way to a 160km/h top speed (if your hair do and sanity allow). 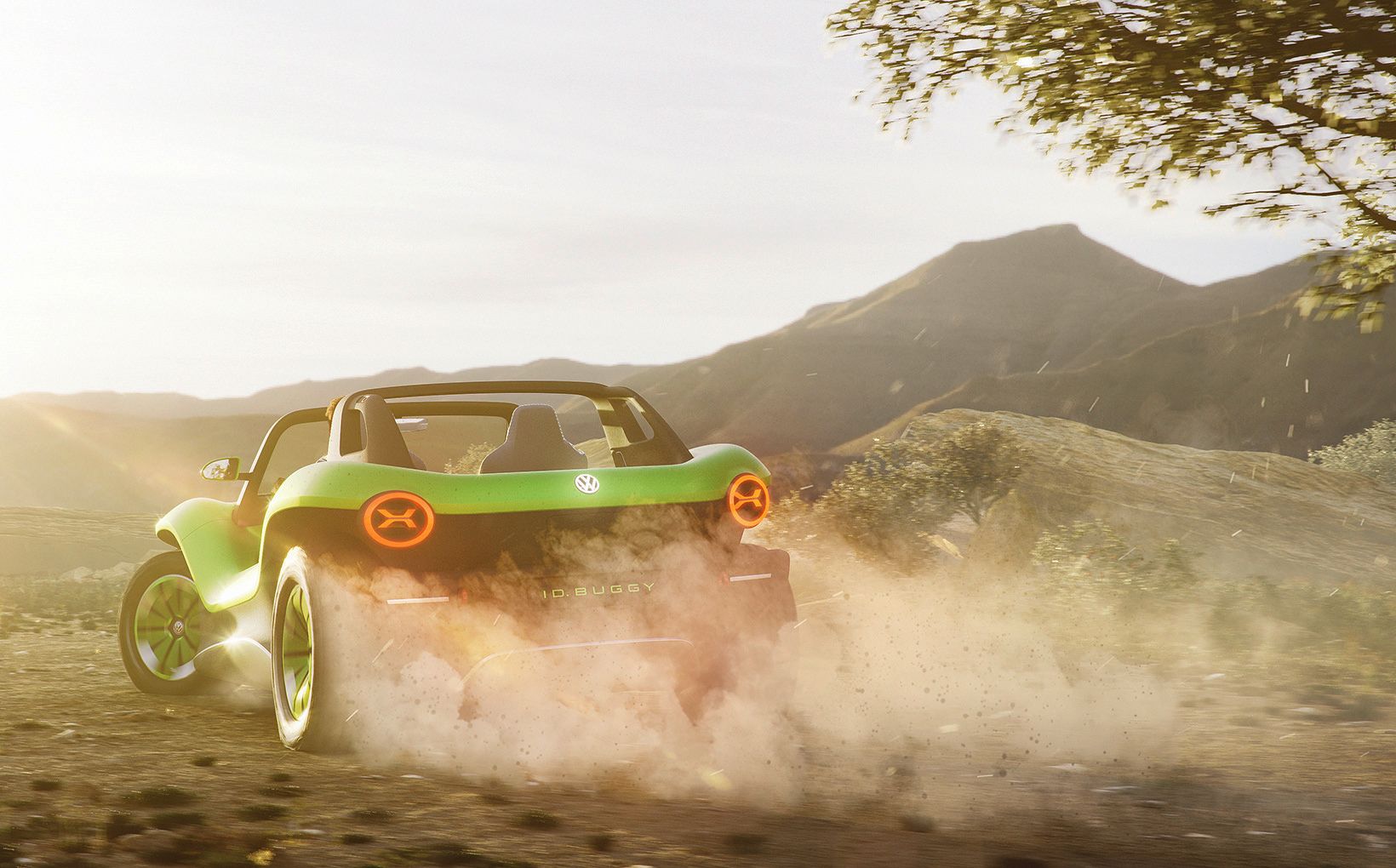 Giving it some desert racing cred, the ID Buggy boasts a ground clearance of a handy 240mm, and rides on chunky 18-inch wheels and off-road tyres

No chaff-cutter horizontally opposed flat four back here! A second drive unit may be added up front in the future to provide all-wheel drive as required, keeping in sync with the ID Buggy’s go-anywhere attitude.

Crucially, and like the last time, Volkswagen says it is keen to make its hardware available to third parties big and small, such as start-ups and small-series manufacturers. What goes around comes around…

“The ID Buggy demonstrates the broad spectrum of emission-free mobility that can be achieved with the MEB within the Volkswagen brand,” according to Volkswagen brand chief operating officer Ralf Brandstatter. “We want to open up the platform for third-party suppliers.” 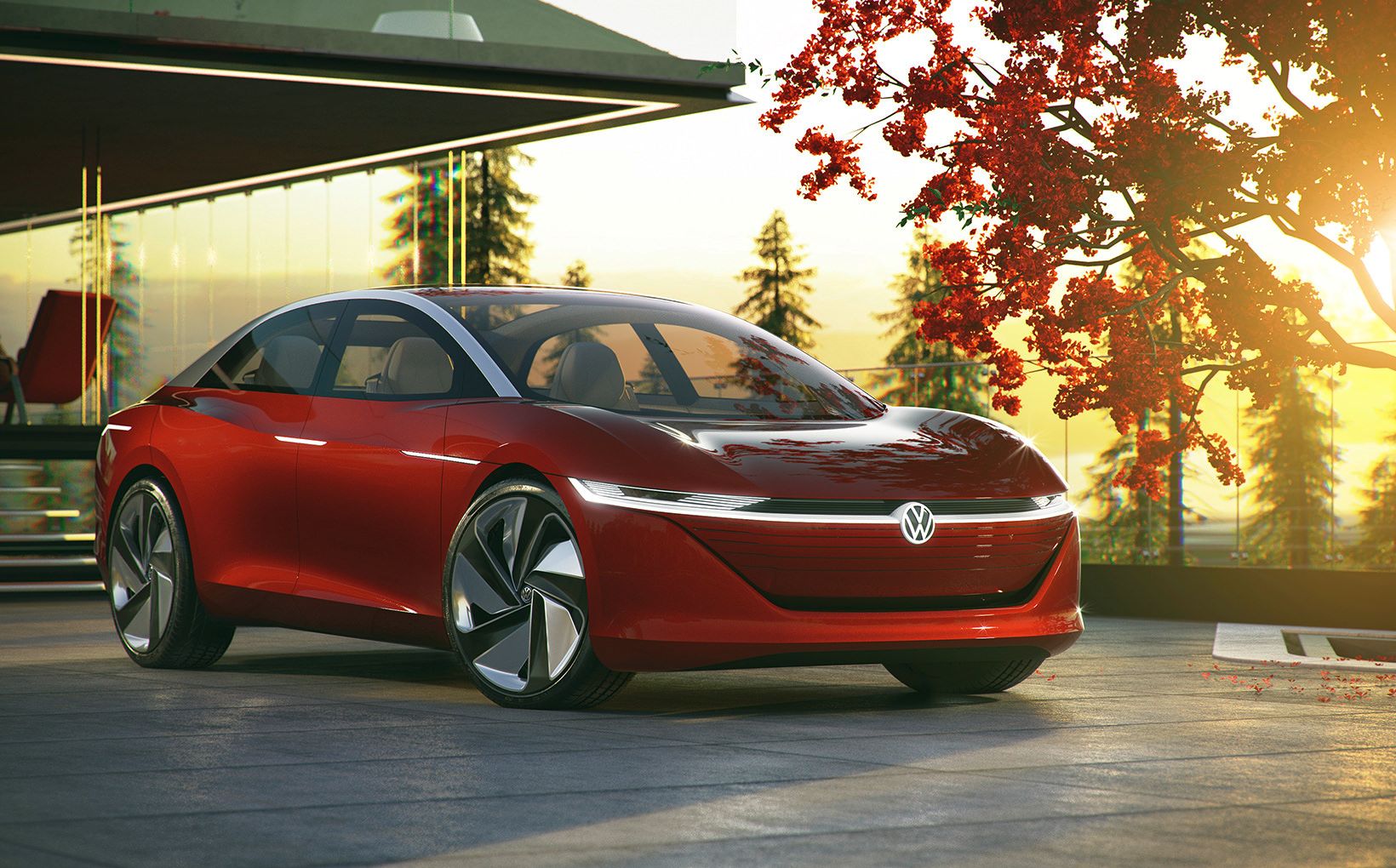 So, if you have the capacity and inclination to manufacture a dune buggy style in the shape and form of the ID Buggy, contact Volkswagen. The hardware underneath is ready and set to go!

If that sounds fanciful in this post Australian vehicle-manufacturing era, consider this: we can’t finish off by not mentioning the Volkswagen Country Buggy, also from the 1960s and a now all-but-forgotten piece of local car history also employing production Volkswagen components.

While not strictly designed for fun like the Dune Buggy and ID Buggy, the Type 197 (as it was later designated by the Germans) was devised by Volkswagen Australasia Ltd, as a vehicle for the Australian army and related use. 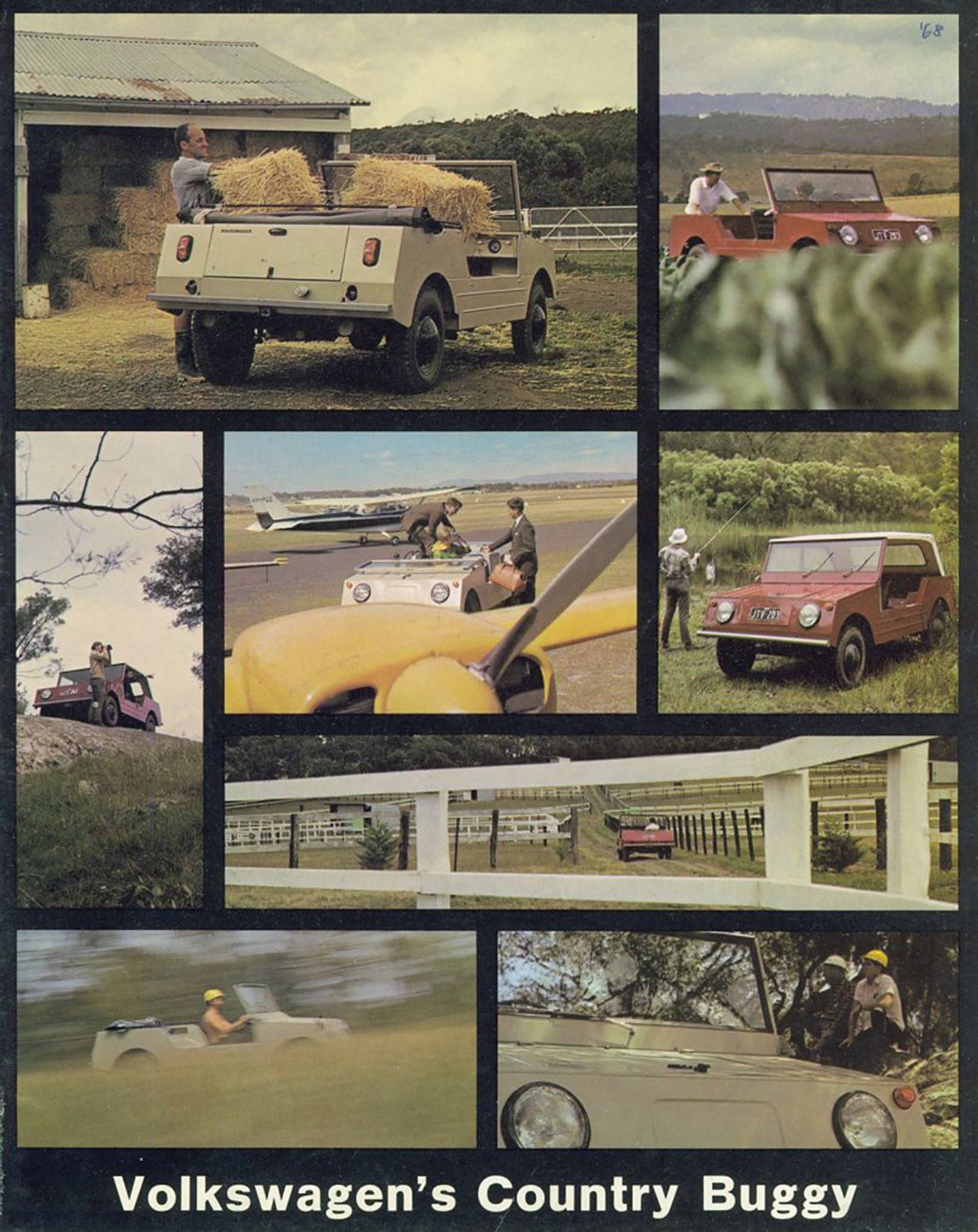 The Country Buggy was created for Australian military use but was rejected for not being off-road capable enough, sealing this project’s fate; few examples survive nowadays

However, the Country Buggy lacked the four-wheel drive and proper off-road capability the military actually desired, and so was ignored by the Australian army, meaning that it belatedly became a civilian model on release in 1968.

Only 1956 examples reportedly left the Clayton, Victoria plant, with 459 exported to some Asian-region markets, before Volkswagen AG in Wolfsburg pulled the plug on all local manufacturing that same year, electing to assemble vehicles from completely knocked down kits instead. 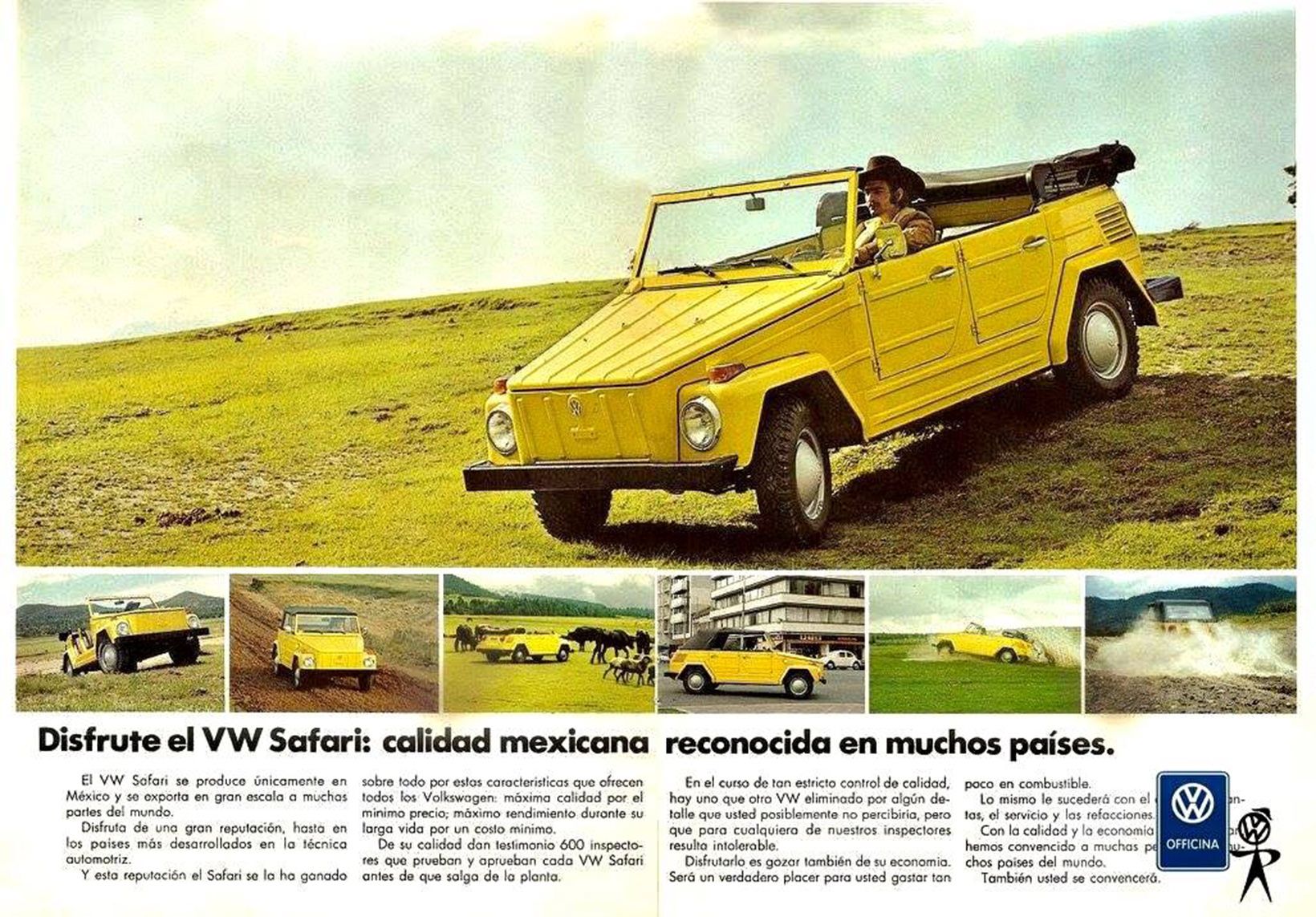 Unrelated to the Aussie Country Buggy, the Type 181 (or The Thing as it was known in the USA) was a comparatively successful rear-drive four-seater convertible, with over 90,000 built between 1968 and 1983

Existing for 11 years from 1957, Volkswagen Australasia Ltd, by the way, was a subsidiary of Volkswagen AG and various Australian state distributors. The company became known as Motor Producers Limited after full manufacturing ceased in 1968, cobbling together Volkswagens (including the early Passat and Golf) as well as taking on some Datsuns and Volvos, until Nissan purchased the concern in 1976.