Over the decades, there are a number of vehicle model names that have been around long enough and achieved enough success to deserve legendary status – 911, LandCruiser and Mustang are some that immediately come to mind.

However there is one other name that belongs on that list – Volkswagen’s Golf, with seven generations of the beloved small hatch captivating owners since 1974, when it was introduced as a replacement for the long-serving and iconic Beetle.

The German car-maker has now revealed the eighth-generation of the Golf, due to arrive in Australia late in 2020, replacing the current Mk7 model that has served customers since it first landed in October 2013. 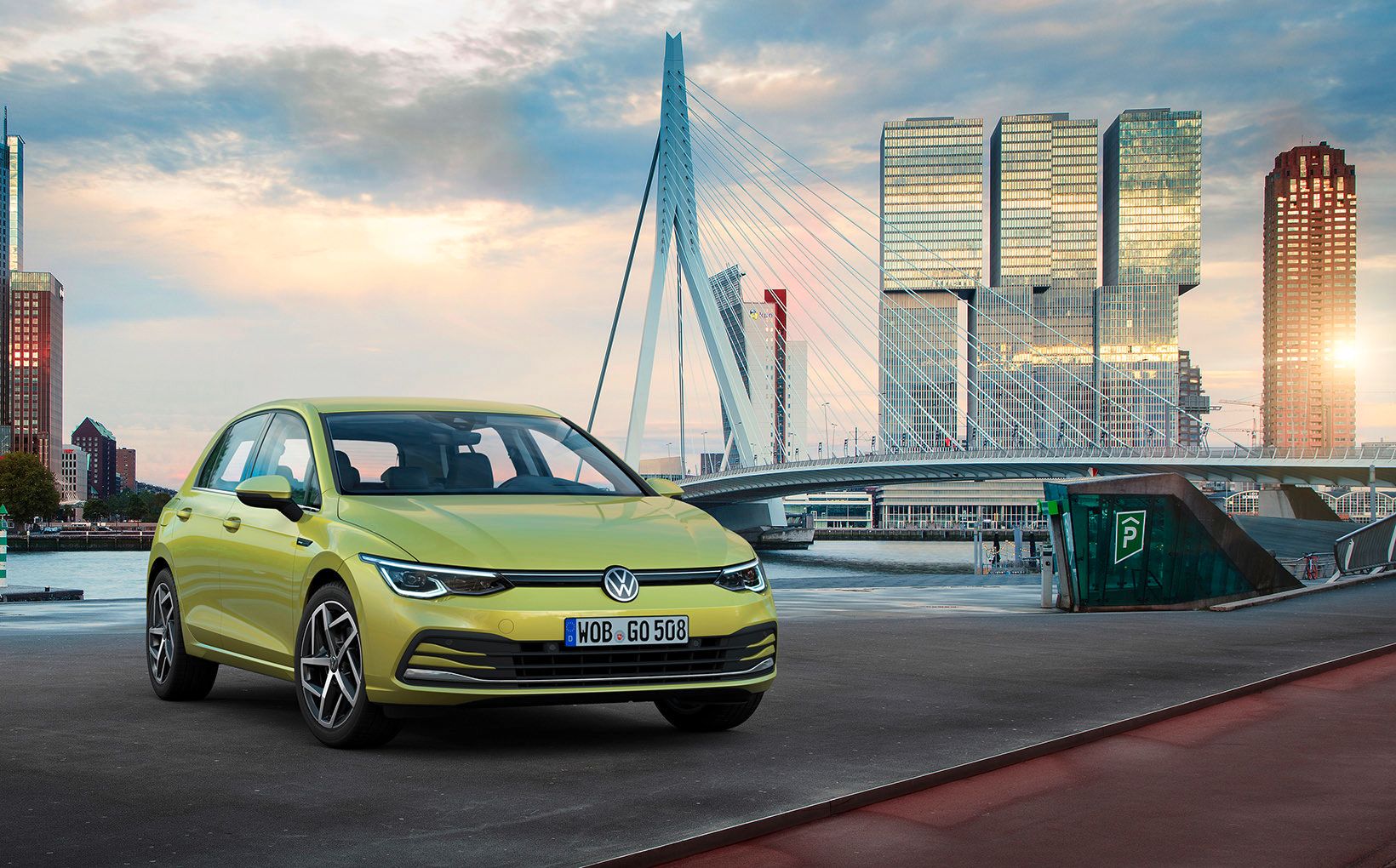 While Volkswagen has chosen an evolutionary exterior design for the Mk8 Golf that builds on the design of the current model, the changes under the skin are far more comprehensive with a big step up in technology and convenience features over the outgoing model.

Stepping into the Mk8 Golf’s cabin for the first time, it is clear the brand has placed an emphasis on ramping up technology, with Australian examples set to score what the brand has described as a “comprehensive standard safety package”.

The new small passenger car will be available with a head-up display, wireless Apple CarPlay smartphone mirroring and a 10.0-inch touchscreen display that forms part of the new Innovision Cockpit cabin design. 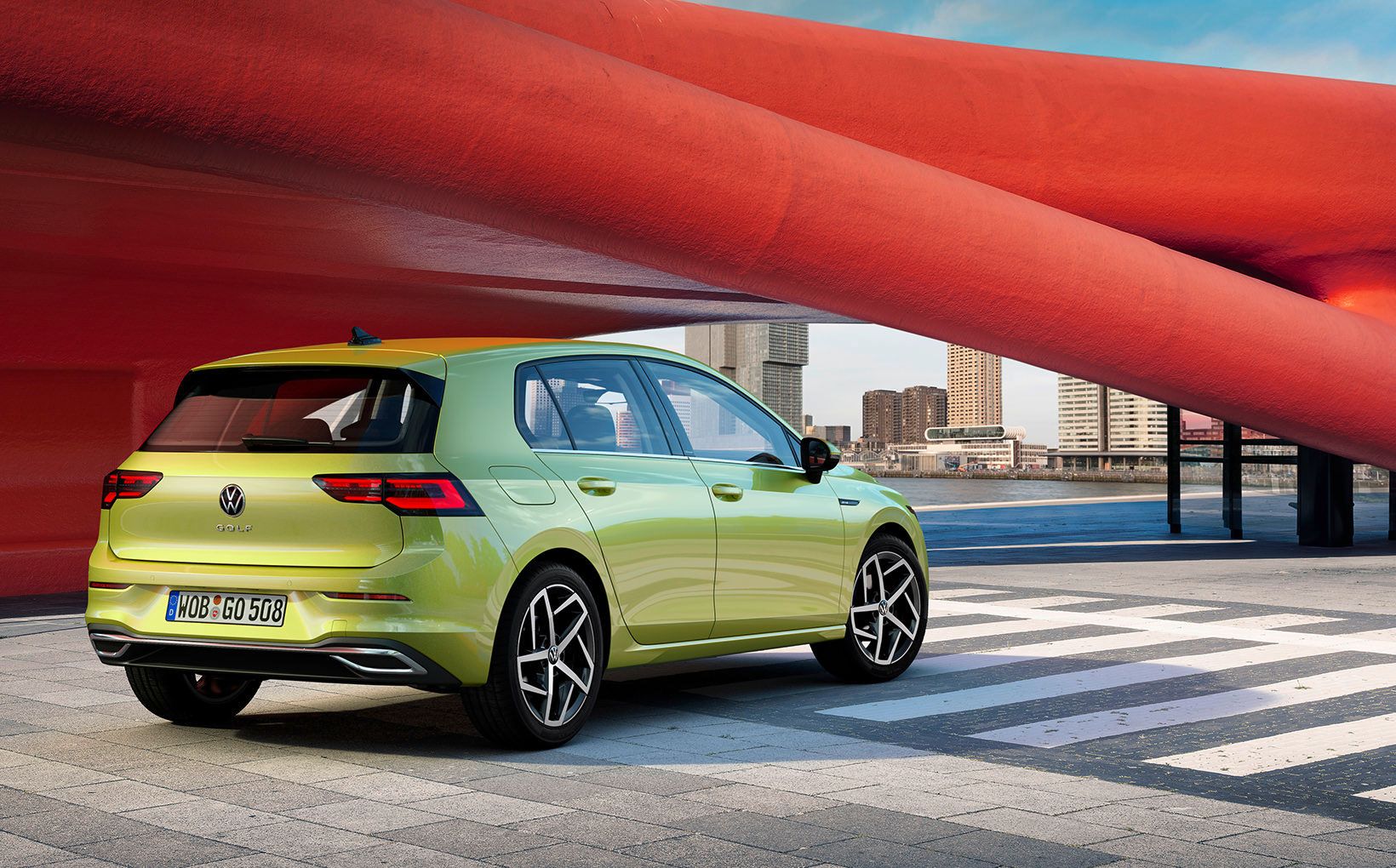 As part of the new cabin layout, the majority of controls are housed in the touchscreen and accessed via two small clusters of hotkeys and the now-familiar set of steering wheel-mounted buttons.

A 12.3-inch digital instrument cluster complements the Innovision Cockpit, while Volkswagen promises the new Golf will feature ‘Car2X’ technology that allows it to communicate with infrastructure and other similarly equipped vehicles within an 800-metre radius to predict traffic conditions and avoid hazards. Not bad for a mass-market hatchback!

Given that most of the controls – including air-conditioning – have been moved to the touchscreen, the rest of the cabin features a futuristic, minimalist layout, with the centre console limited to an engine start button and electronic parking brake, as well as two USB-C ports. 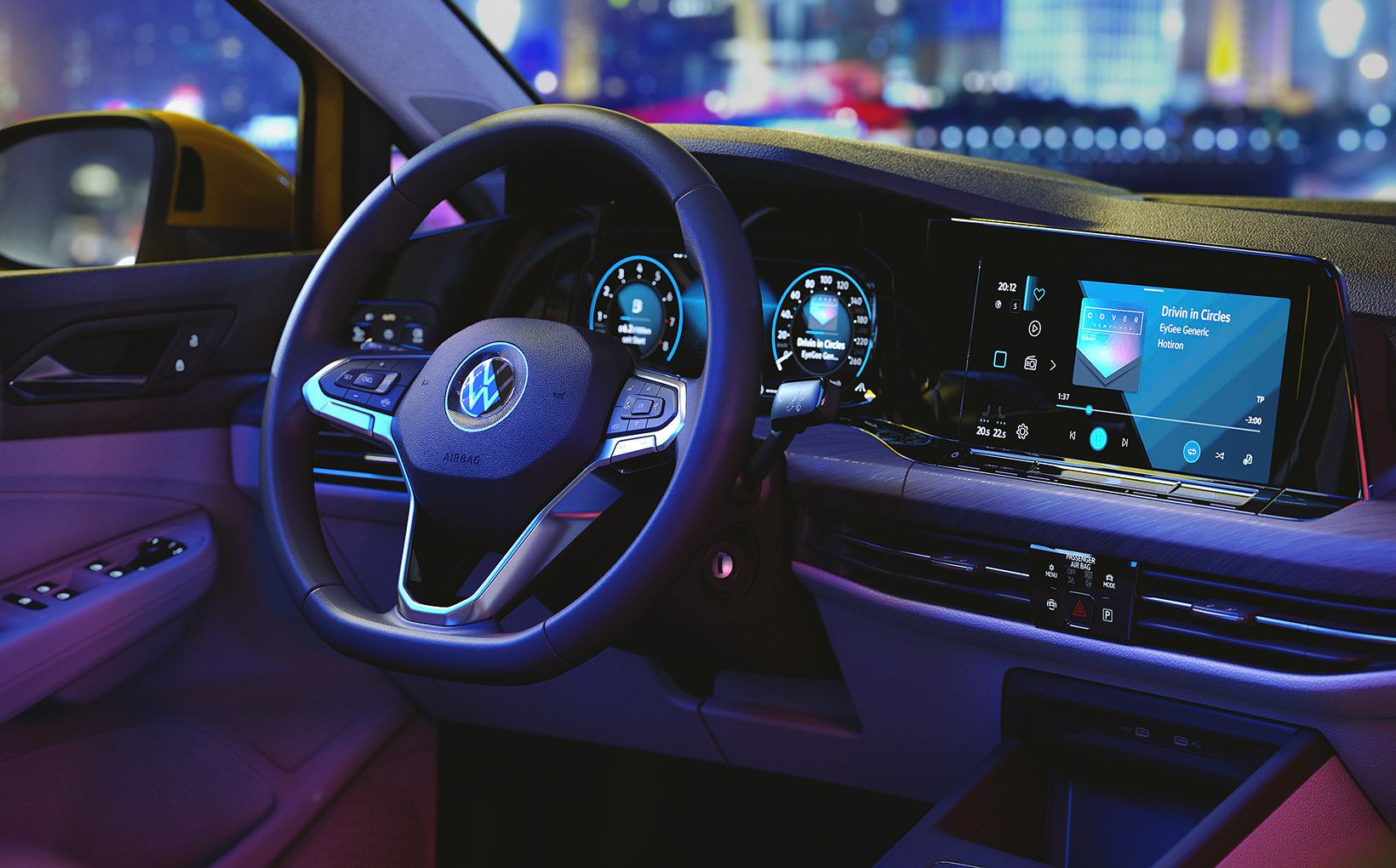 The largest changes come inside with the adoption of the new Innovision Cockpit cabin layout.

Volkswagen is also promising improvements to its suite of active safety technologies, with ‘assisted driving’ now capable at speeds of up to 210km/h – perfect for the autobahn commute – through the brand’s new ‘Travel Assist’ function, which it claims is a first for the segment.

On the outside, the revamped exterior styling sees the slimmer, two-part headlights integrated deeper into the front fascia which allows the front bumper to cascade further forward, while a large, single lower air intake helps to continue the minimalist design theme started in the cabin.

The LED headlights feature a daytime running lights along the top if the light signature, which line up with the slim upper grille to give the new Golf a wider, flatter look. 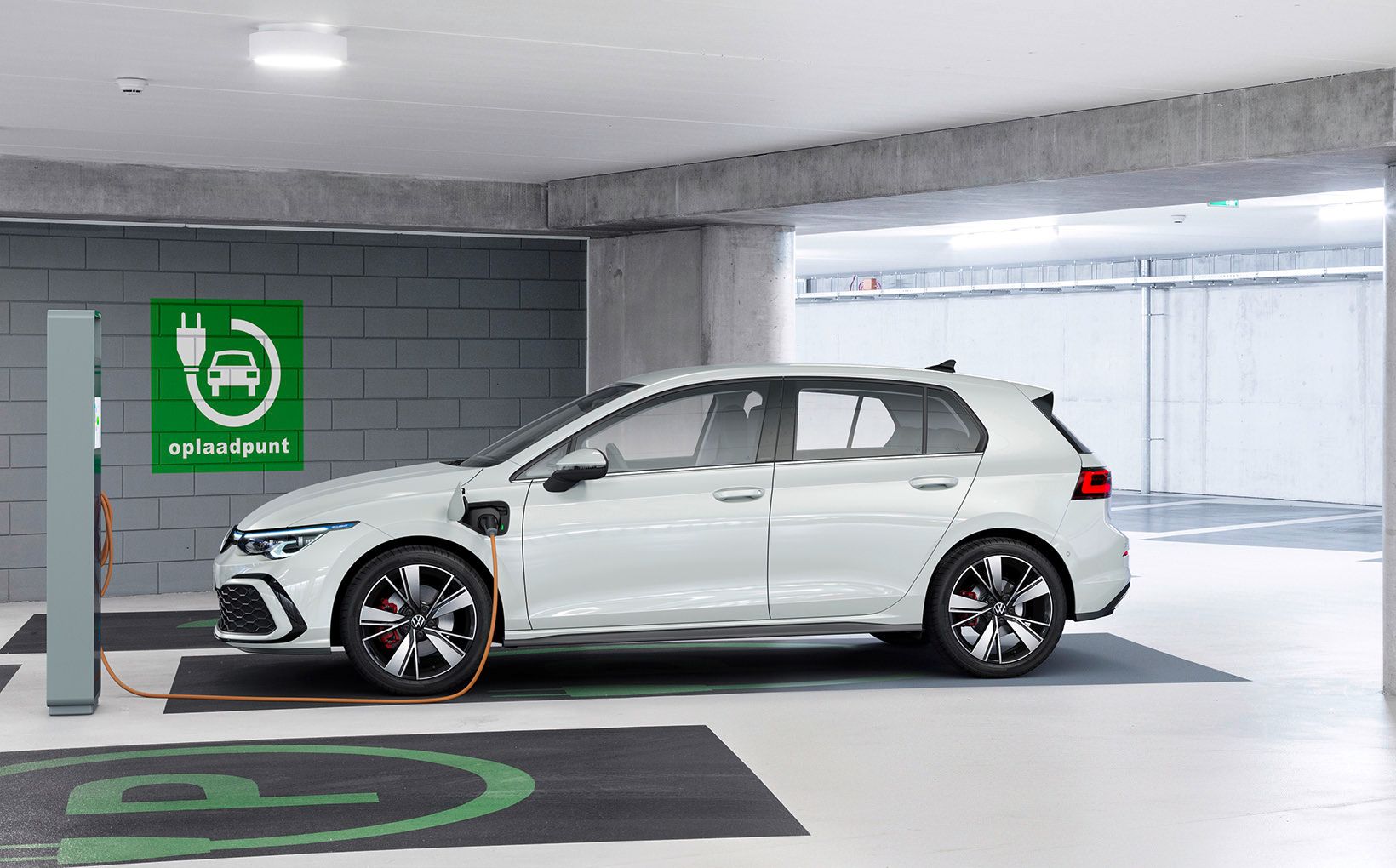 Hybridised versions are set to be released in Europe, however local examples will carry on with petrol power only.

Viewed side-on, the new Golf is far more recognisable with a largely unchanged silhouette, while at the rear new LED tail-lights give away the generational change, as well as a new font for the iconic ‘Golf’ logo.

As for propulsion, the European Golf range will be available with five electrified powertrain choices ranging from 48V mild hybrids to a plug-in hybrid (PHEV) version capable of up to 60km of emissions-free driving.

However Australian customers will lack the same amount of choice, with mainstream variants expected to carry over the 1.4-litre turbo-petrol four-cylinder engine from the current range that starts with outputs of 110kW/250Nm. 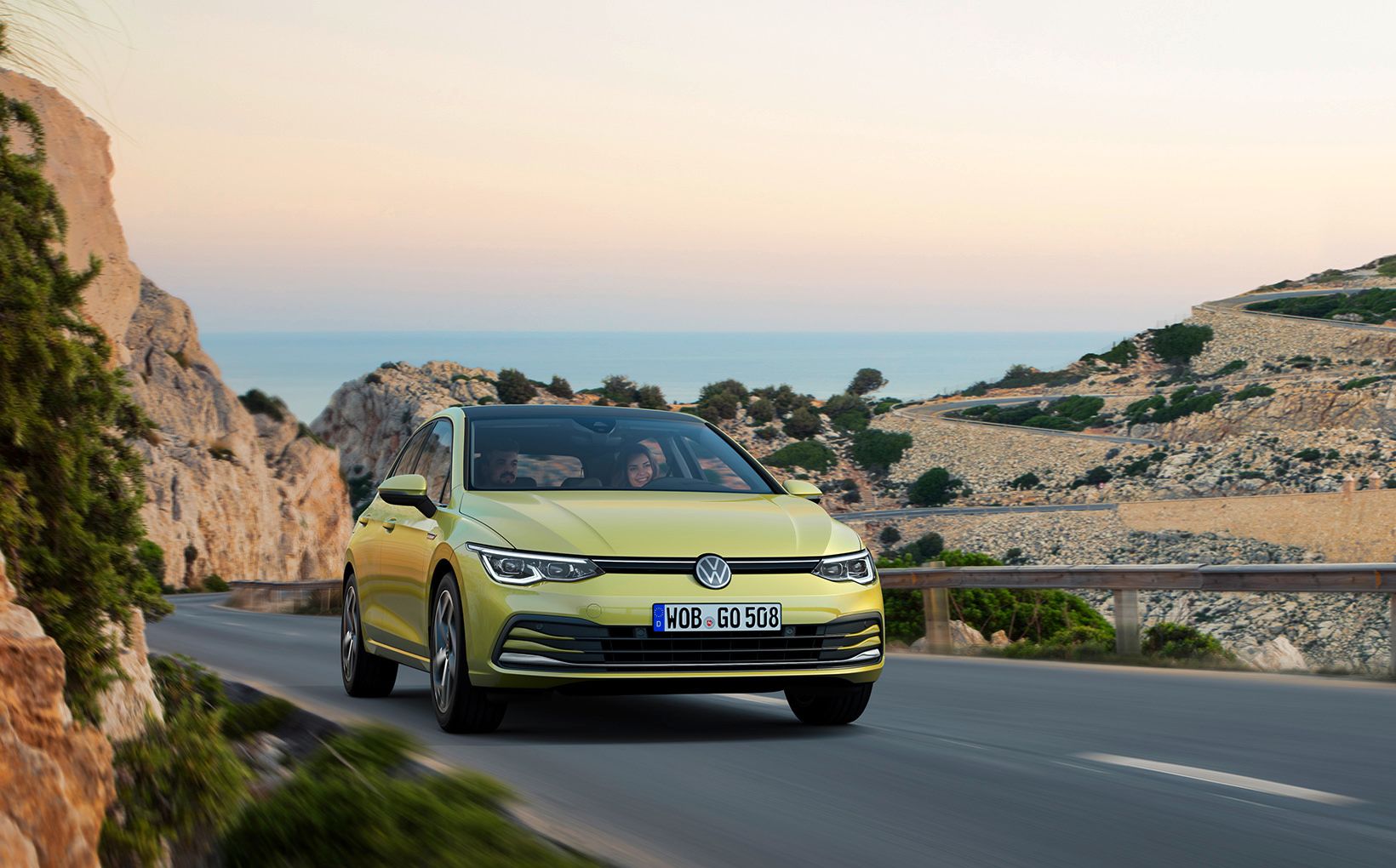 When the top-spec Golf R eventually arrives, Australian customers will have access to the full-fat engine tune for the first time.

Volkswagen Group Australia (VGA) is hoping to launch the hi-po GTI variant at the same time as the regular versions, which will carry on with the same 180kW/370Nm 2.0-litre turbo engine, however performance should be improved slightly with a 50kg weight saving over the outgoing GTI.

At a later date, the top-spec R will join the line-up with an enhanced 2.0-litre engine, which should be capable of producing around 221kW thanks to the brand recently declassifying Australia as a ‘hot climate’ country, meaning the most powerful engine tunes will now be available here.

The Golf has long been one of the most popular models in Volkswagen’s local stable, with 19,076 sales registered in 2018 – more than double its next-best seller – and with a similar story in 2017. 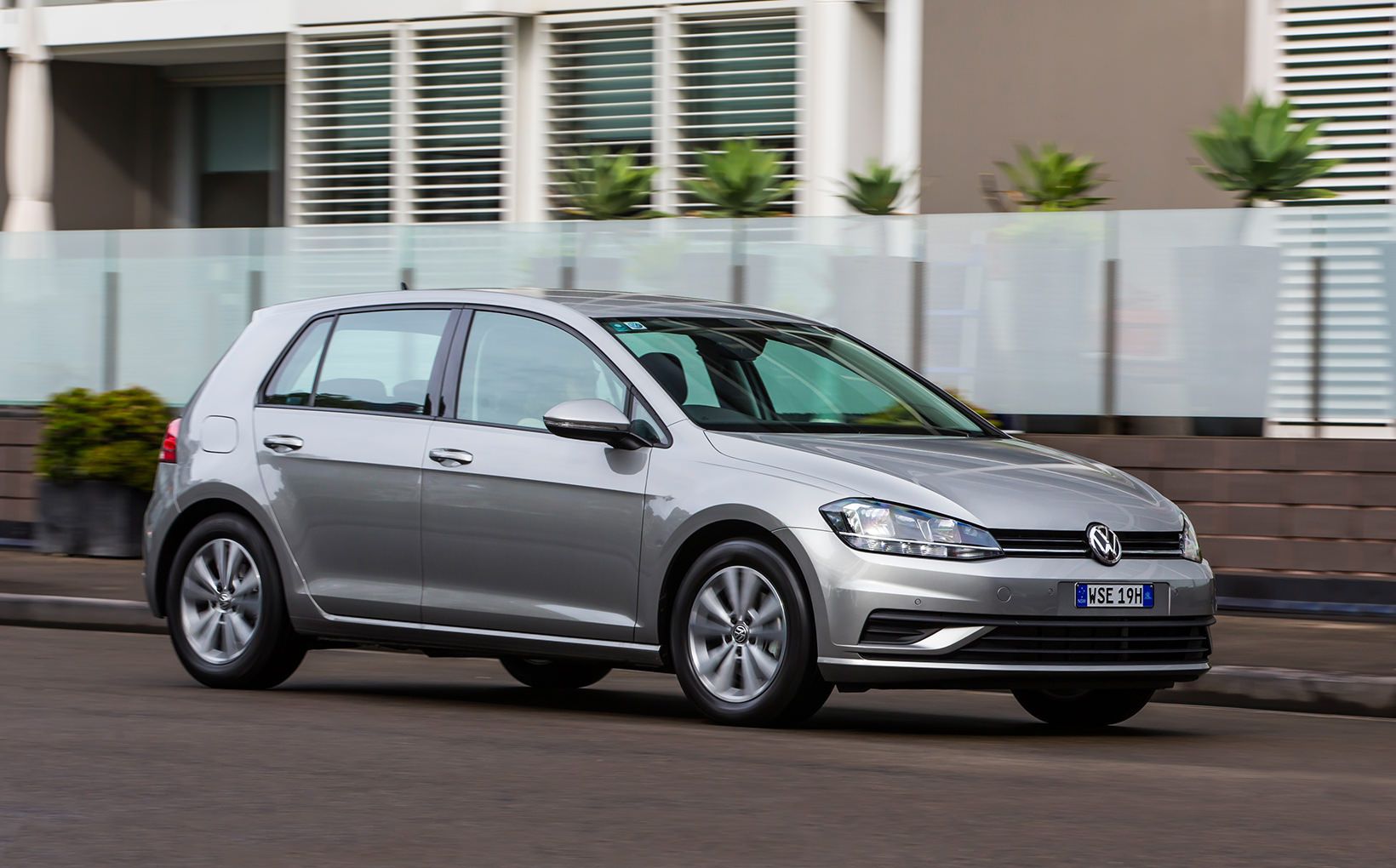 The current Mk7 Golf has comfortably been the best-selling model in Volkswagen’s line-up since it launched in 2013.

However, VGA is anticipating a less emphatic response for the Mk8 Golf, not due to the product itself, but because of the incoming arrival of the T-Roc and T-Cross small SUVs, which are expected to cannibalise a significant number of sales from the Golf.

“Having these full-time small SUV models is expected to do pretty big things for us,” said VGA PR and brand experience manager Kurt McGuinness.

“T-Roc and T-Cross are pretty significant cars for us as it’s such a huge sector in Australia and an area where we haven’t really been represented in before.”

The Golf nameplate first surfaced in 1974, with the front-drive, predominantly three-door hatch tagging in for the venerable Beetle which by the seventies had grown very long in the tooth. 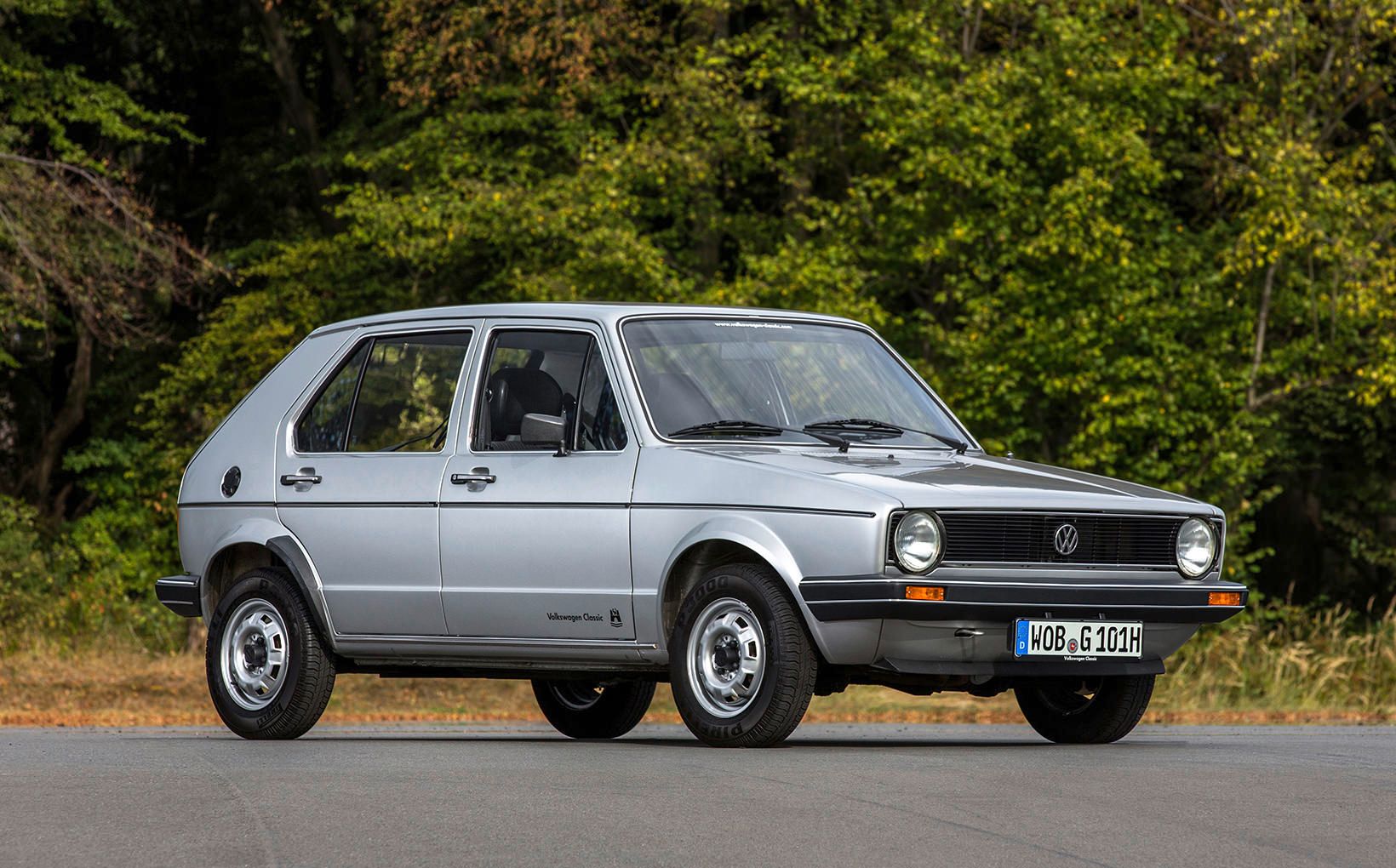 The Golf story began back in 1974, as production of the long-running Beetle drew to a close.

The first GTI followed two years later, and the first-generation version carried on until 1983, when it was replaced by the visually similar Mk2 which carried over into the early nineties.

Over the years it grew in size and power, and now shares its underpinnings with other VW Group offerings like the Audi A3 and Skoda Octavia.

With more than 35 million sales since its inception, the Golf is truly one of the legends of the automotive industry, with the Mk8 set to continue its legacy well into the 2020s.

Is the VW ID Roomzz the EV Australia actually want...