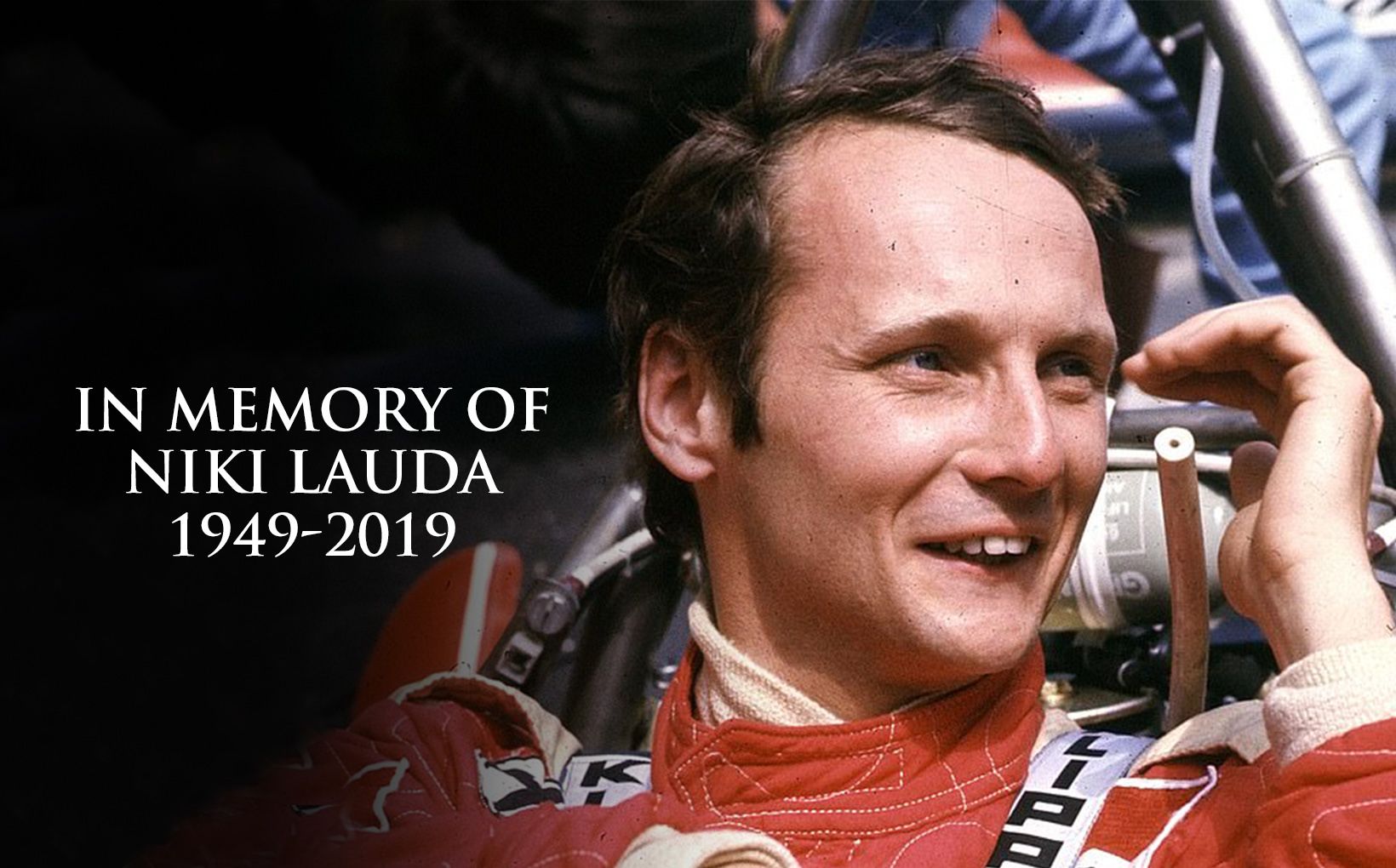 It was with great sadness that Shannons Club heard of the recent passing of multiple Formula One champion Niki Lauda. The Austrian ace, widely regarded as one of the sport’s greatest drivers, died in his sleep after battling numerous medical complications in recent times. He was 70.

The fact that Lauda survived for more than 40 years after a fiery race crash at the Nurburgring in 1976 that almost claimed his life was in itself a remarkable achievement, given the dreadful injuries he sustained. It was the mark of a man with peerless courage and determination that earned respect and admiration across the globe. It was also the catalyst for the 2013 hit movie ‘Rush’.

From the earliest stages of his racing career, Niki’s straight-talking approach and clear-thinking ability to map out the most expedient path to Formula One were evident. After cutting his teeth in the rough-house world of Formula Three, he secured bank loans to buy F1 drives firstly with March and later BRM in the early 1970s.

Although the famous British team was in decline, Lauda’s emerging talent was palpable and caught the eye of Enzo Ferrari who signed the Austrian for 1974. It was an inspired decision. Lauda immediately impressed, claiming six pole positions and winning two GPs in his debut season with Ferrari.

In 1975, with the magnificent 12-cylinder 312T, the Austrian won his first F1 title and astonished his rivals by becoming the first driver to lap the 23km full-length Nurburgring circuit (below) in under seven minutes. It was a shattering achievement which underlined his superiority.

He was on course for his second F1 title in 1976 until that infamous crash during the German GP, in which his Ferrari burst into flames and his helmet was ripped off. Lauda suffered severe facial burns and his lungs and blood were poisoned by inhaling hot toxic fumes before the inferno was extinguished. 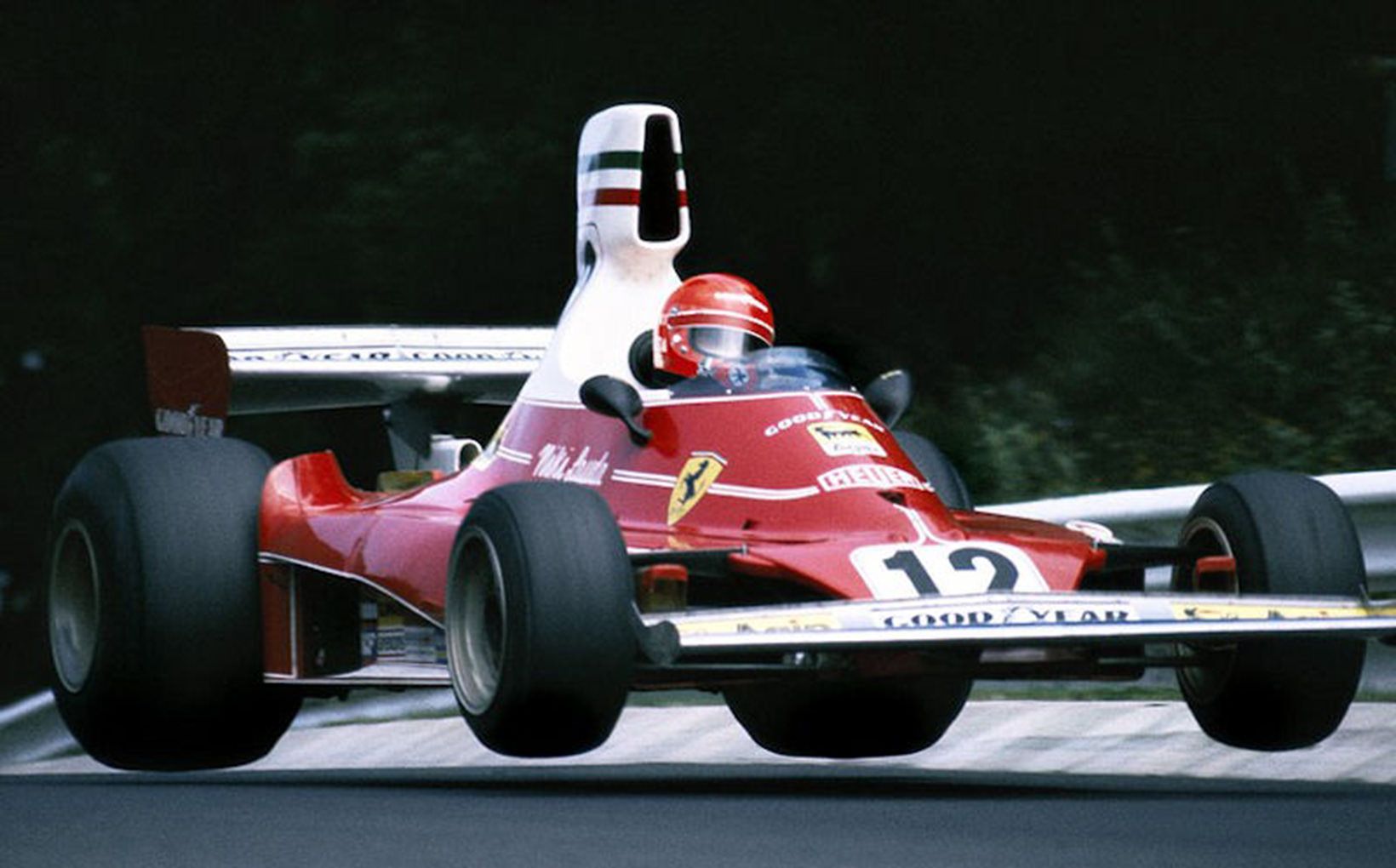 In hospital, Lauda’s injuries were so critical a priest read him the Last Rites. However, in the greatest display of courage and determination the sporting world has ever seen, Lauda not only fought back from his injuries but returned to racing in just six weeks at Monza, where he finished fourth in the Italian GP. Although remaining in contention for the championship at the rain-soaked final round in Japan, he withdrew from the race after only two laps having judged the atrocious conditions as being too dangerous to continue.

Enzo Ferrari was enraged that Lauda had given up. Doubts were raised over Niki’s ability to keep racing; that the crash had made him too cautious. Lauda silenced his doubters and critics with devastating effect by winning his second world title the following year - before leaving the team.

After a less than stellar season (by Lauda's standards) with Brabham in 1978, he suddenly quit the following year claiming he had lost interest in the sport. However, after more than two years away focusing on his aviation interests, Lauda returned with McLaren in 1982 and showed he’d lost none of his skill or motivation by winning a GP in only his third start after returning. In 1984 Lauda proved he was one of the all-time greats by winning his third world championship, defeating team-mate Alain Prost by just half a point after a gripping season.

Lauda left the F1 cockpit for good in 1985 and spent the rest of his busy life focused on his aviation business interests and as a mentor for numerous F1 teams including Ferrari, Jaguar and finally as non-executive chairman of Mercedes-AMG Petronas Motorsport. He also authored several books about his F1 career, which make compelling reading.

To Niki’s family, friends and his millions of fans around the world, Shannons Club extends its condolences. He was not only one of motor sport’s greatest drivers but his immeasurable courage is a legacy for humanity that will always intrigue and inspire.