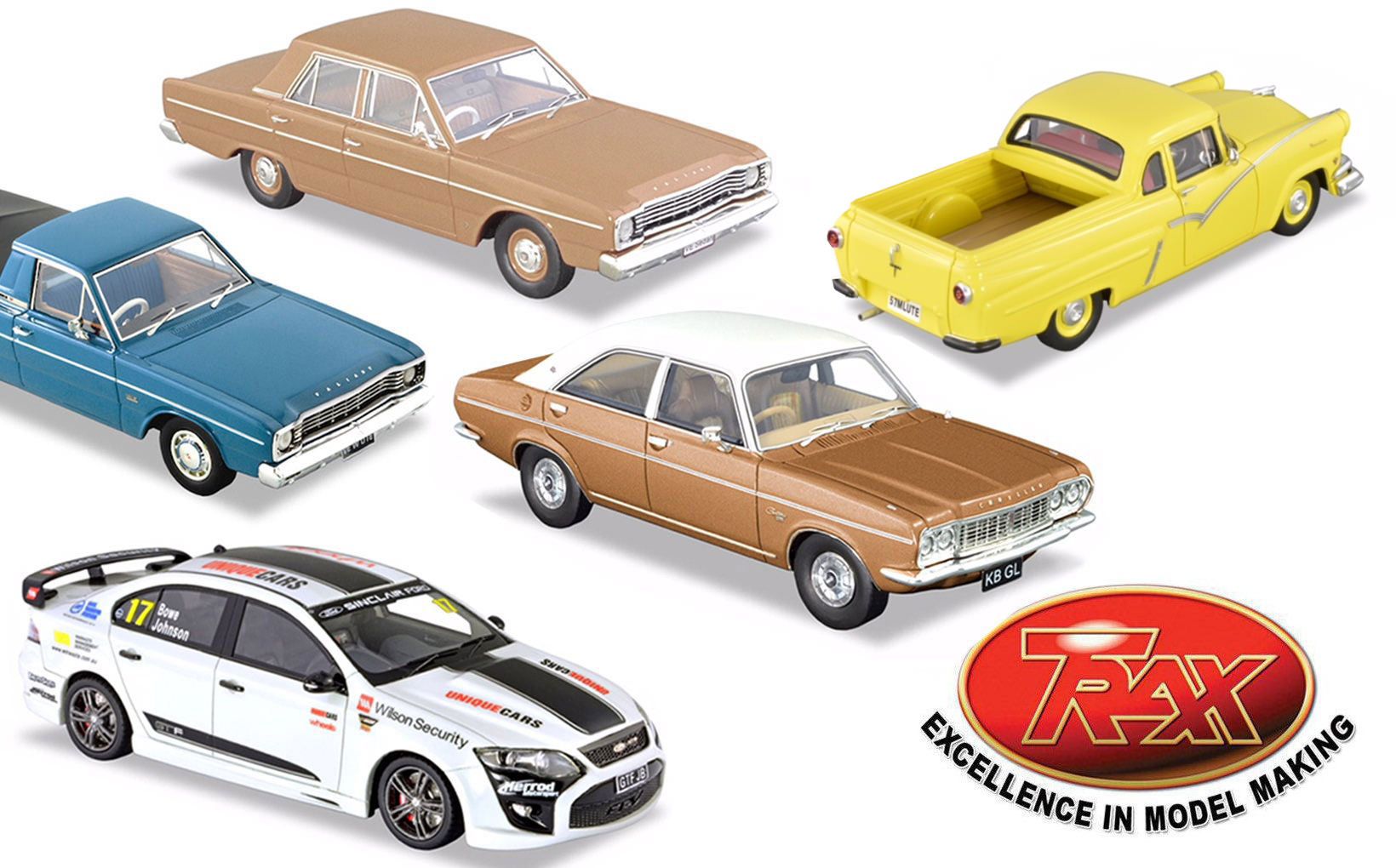 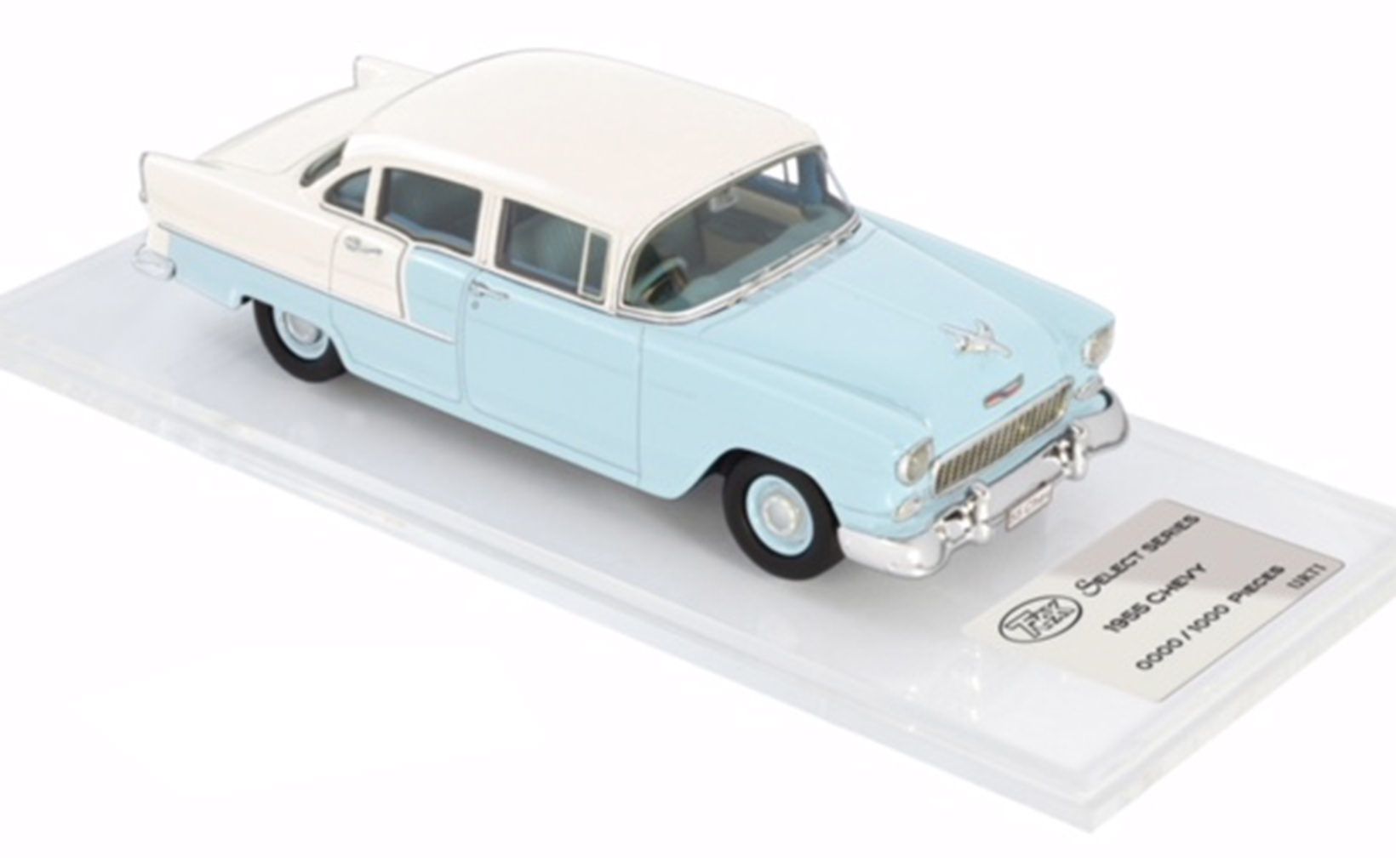 1955 Chevrolet 210
This 1/43rd scale model of the 1955 Chevrolet 210 by Trax will capture the hearts of bowtie fans everywhere, with its excellent level of detail and period correct colours. While the Chevrolet was standard transportation in the USA, its place in the Australian market was more upscale. The Chevrolet was the top of the line product on offer via Holden dealers and the choice of wealthy business people and farmers alike. Get yours while they last. 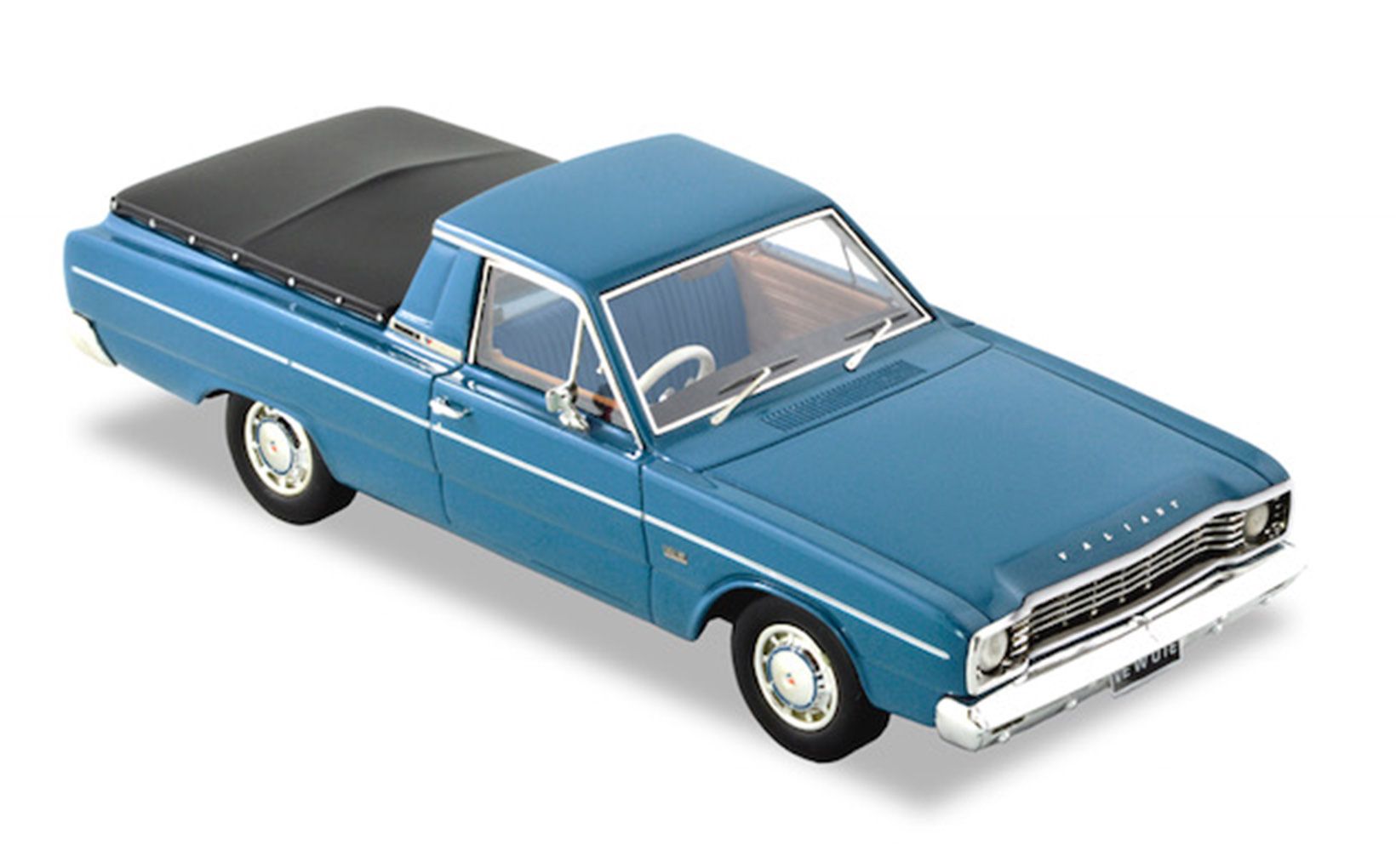 1968 VE Valiant Wayfarer Ute
Based on Wheels 1968 Car of the Year award winner, the VE Valiant Wayfarer ute was the alternative to the typical Holden or Ford utes of the day. Appearing physically larger and arguably more upmarket, the Wayfarer ute featured clean lines and a powerful 6 cylinder engine. Trax has really done a nice job with this 1/43 scale model. Another great example of our rich Australian commercial vehicle history. Get yours today! 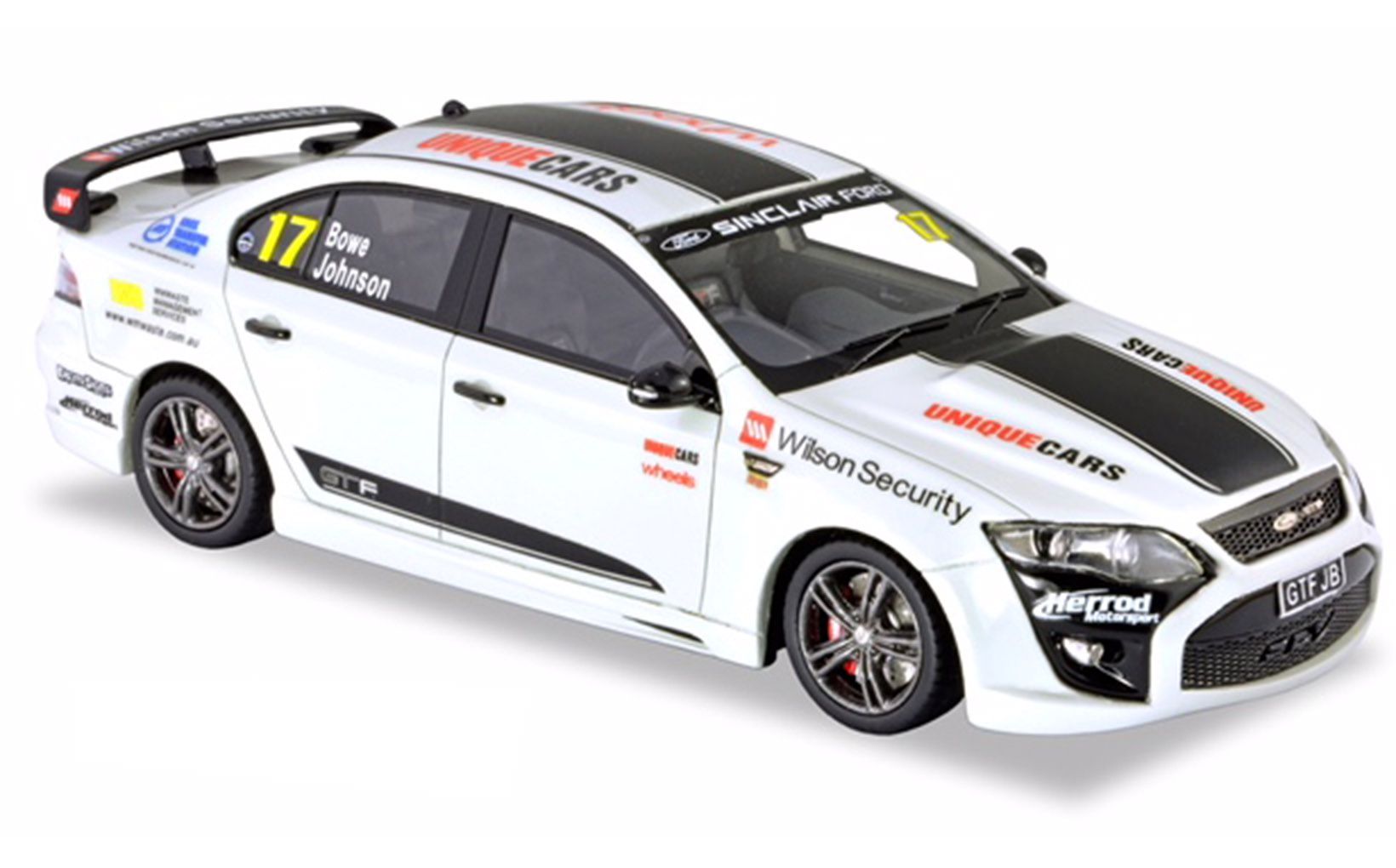 FPV GT-F Record Car
Trax has captured the historic moment in Australian motoring history when race car driver John Bowe drove an FPV GT-F into the record books. Sponsored by Wheels and Unique Cars magazine, JB went to the Northern Territory, where he just missed out on cracking the magic 300 KPH target in a standard production car (that had its limiters removed for the occasion). Speaking of limiters, this is a strictly limited edition model, so grab yours now! 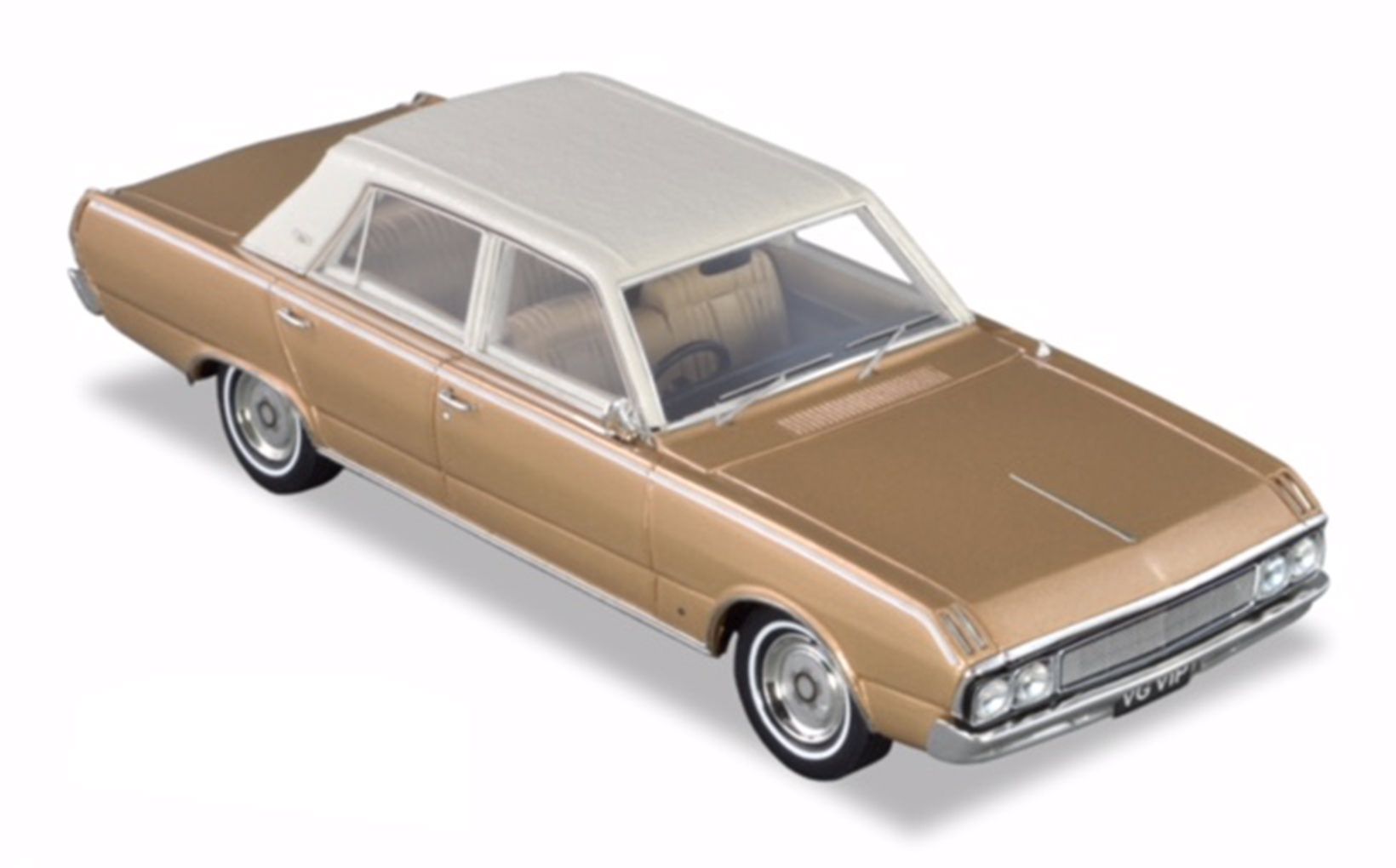 1970 Chrysler VG VIP
Don’t call it a Valiant! This was Chrysler’s foray into upper echelon management car parks. Targeting Ford’s super successful ZC Fairlane and the less successful Holden HG Brougham, Chrysler pitched the long wheelbase VIP as Mopar Management Material. A clean and handsome design, the car was sold in relatively small numbers, so examples are rare and much sought after today, especially with the 318 V8 engine option. Trax has captured the detail and colour schemes perfectly. Grab your 1/43rd scale version today and you too will feel like a VIP. 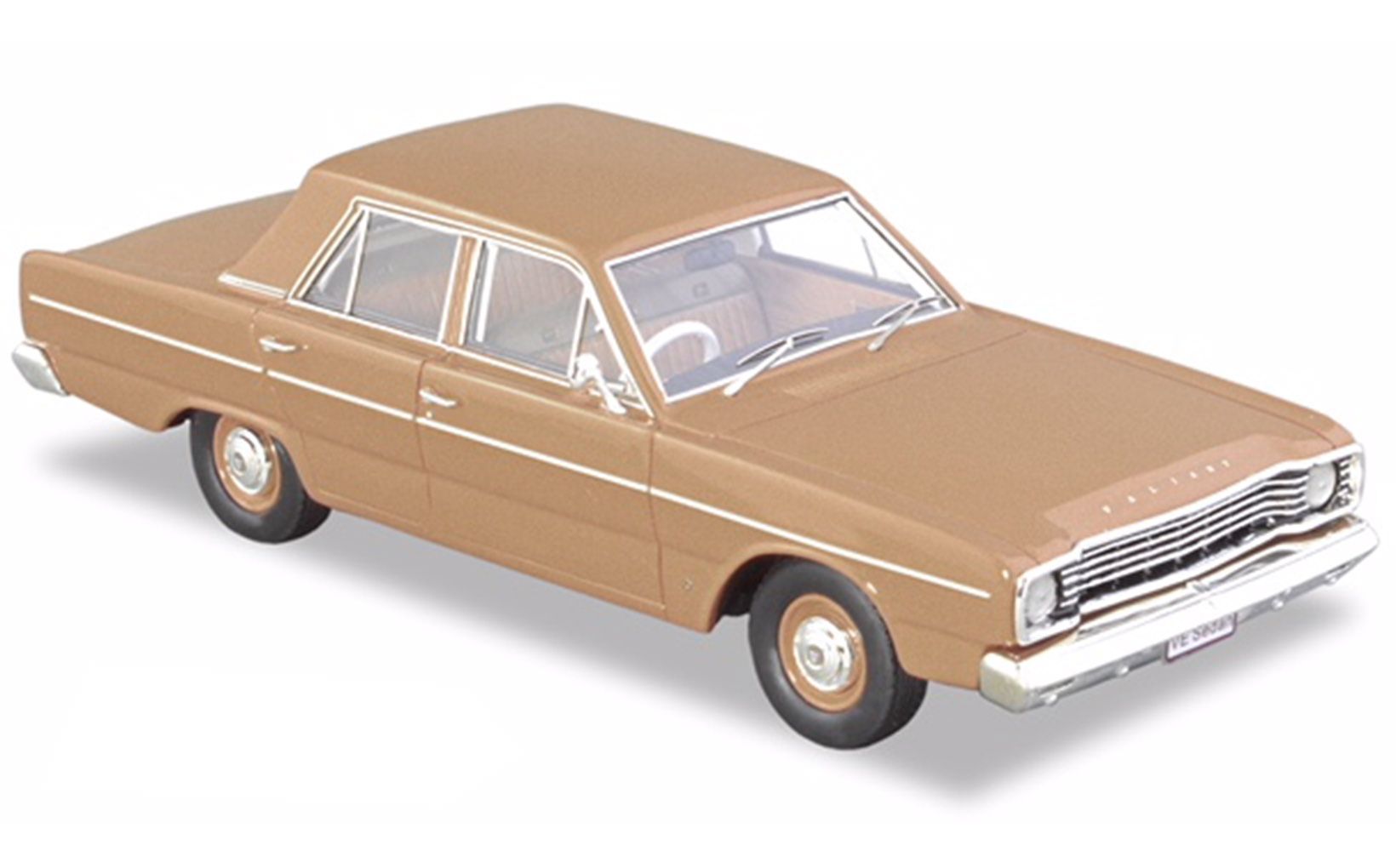 1967-69 VE Valiant Sedan
Trax brings you, in 1/43rd scale, this excellent model of the vehicle that would go on to win Wheels 1968 Car of the Year award - a first for Chrysler in Australia. The VE appeared larger and more upmarket than the equivalent Holden and Ford of the time, positioning Chrysler as a more upscale choice. Offered with powerful 6 cylinder engines, there was also the choice of the 273 cubic inch V8. A must for any Mopar or Aussie model car collector. Award yourself one today! 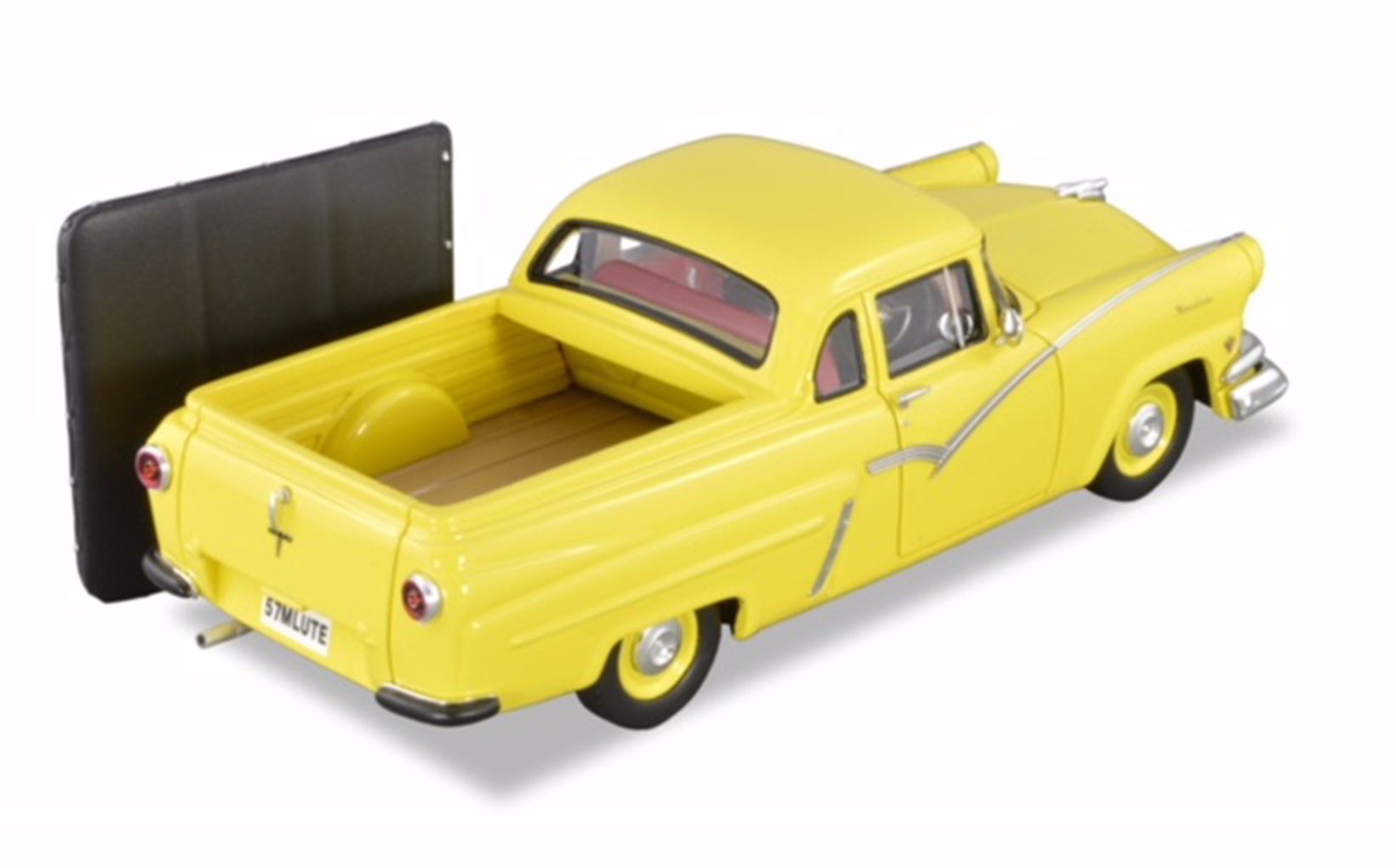 1957 Ford Mainline Ute
Finished in a bright yellow hue, this 1/43rd scale model by Trax depicts this handsome hauler perfectly. Unlike its US counterpart, which was fully restyled in 1957, the Australian Mainline ute featured modified styling from the earlier 1955 and 1956 models. The Mainline was the choice of wealthy farmers across the nation, with the big ute providing a level of comfort and V8 power not available from the standard domestic offerings. This Trax model even comes with a separate lift off tonneau cover. Load up with one today! 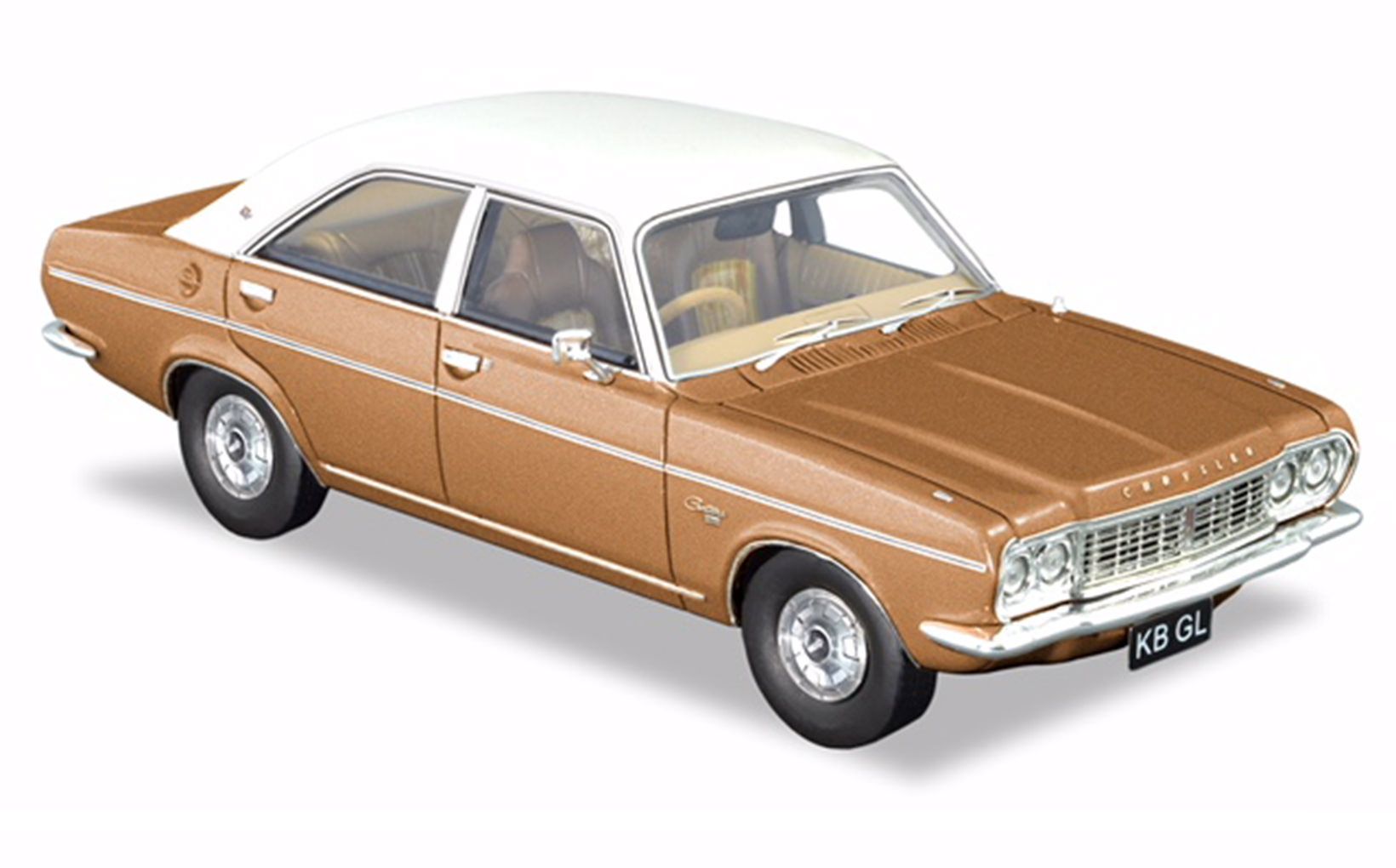 1976 KB Chrysler Centura
Based on the French Simca, the Chrysler Centura was Chrysler Australia’s entrant in the medium size car market, going up against the Holden Torana and Ford Cortina. Offered with four cylinder or six cylinder engines (as per the competition), the Centura was challenged by not only the locals, but also the increasing level of competition from the Japanese. Moreover, many buyers considering the six cylinder models often ended up with the larger Valiant that it shared showroom space with. Hats off to Trax for providing us with a 1/43rd scale model of a car rarely seen today on Australian roads. The Centura was part of our rich motoring history, so make sure you have a place for it in your collection too.
For further information about TRAX visit https://www.topgear.com.au