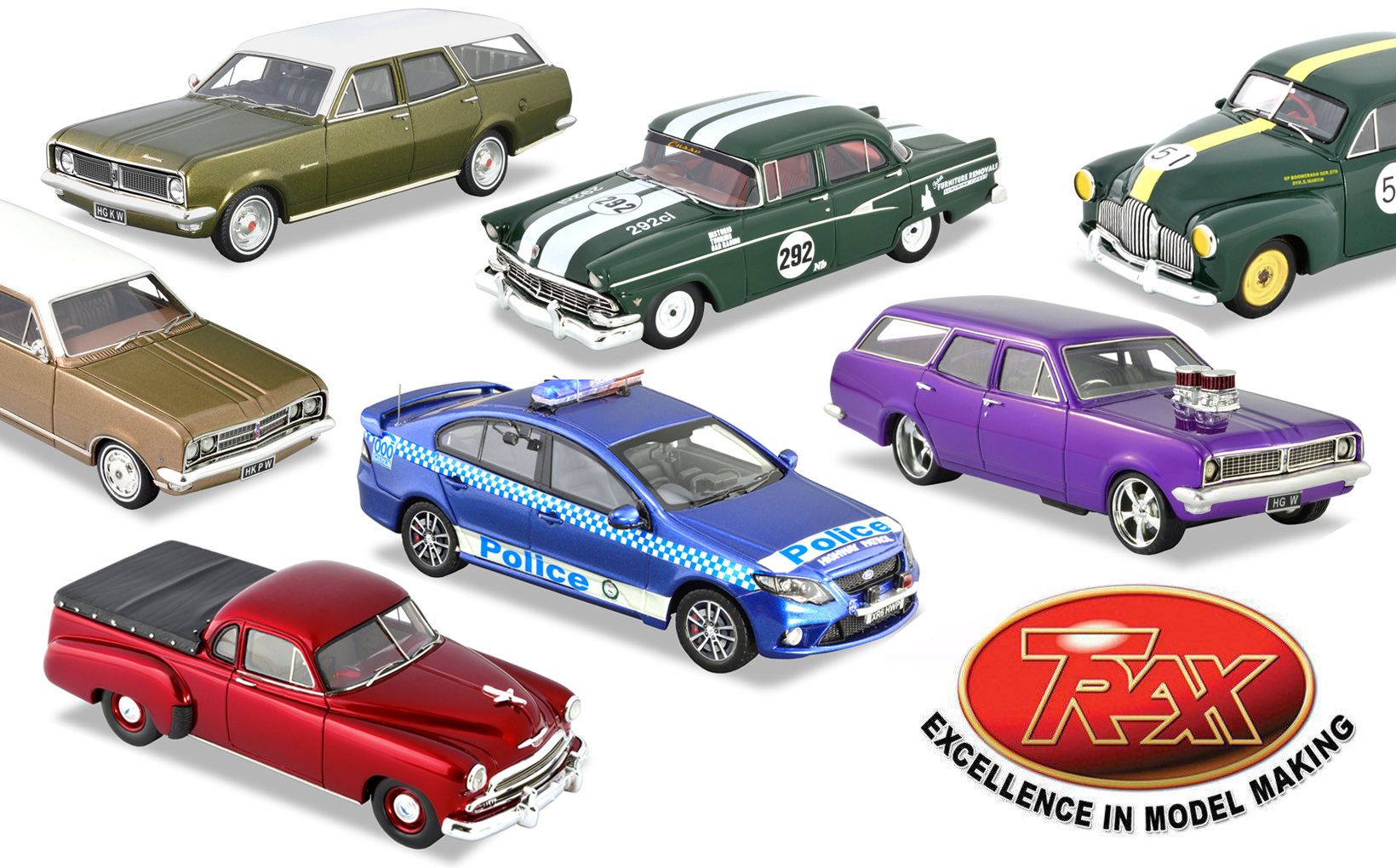 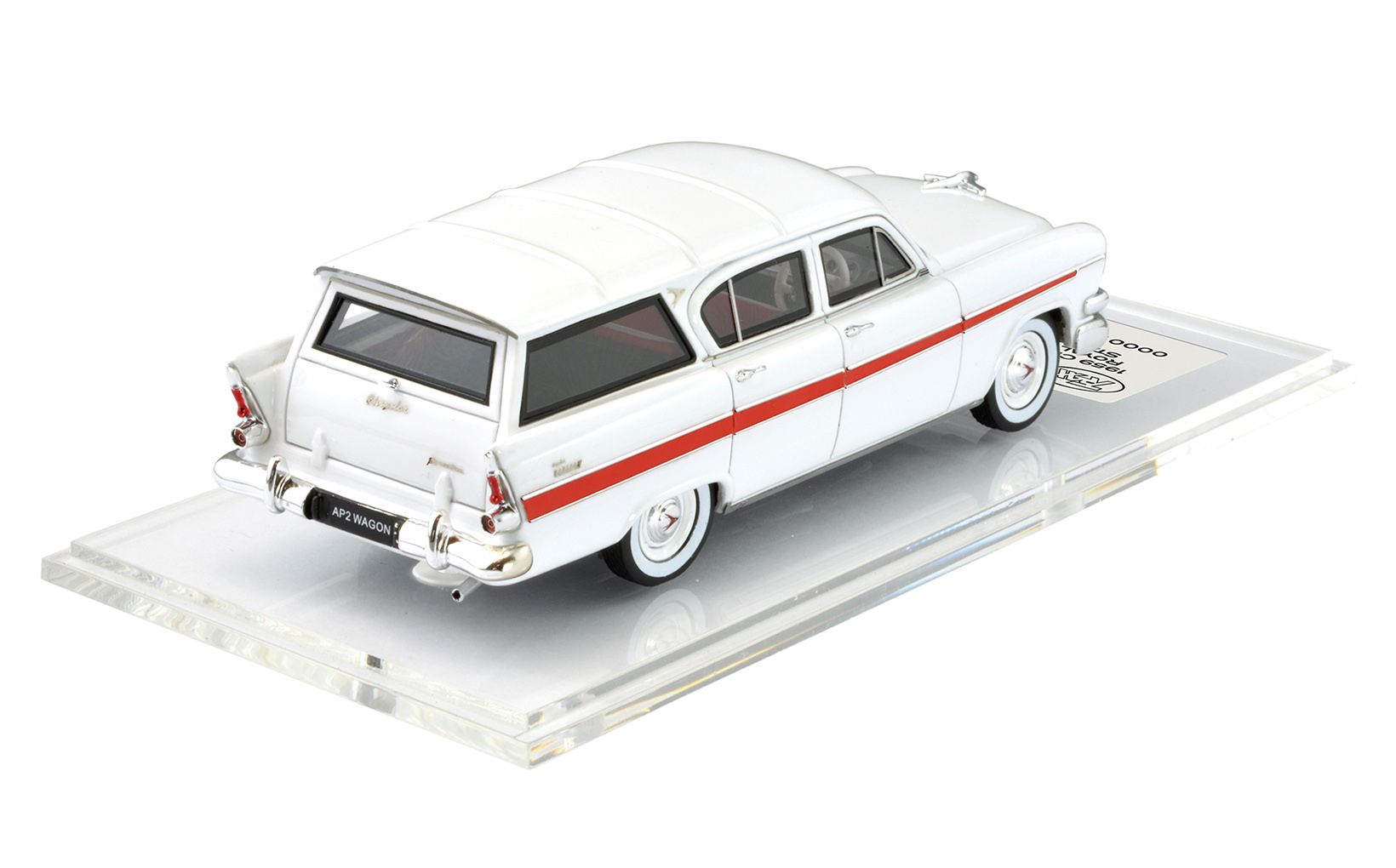 1959 AP2 Chrysler Plainsman Wagon
This finely detailed 1/43rd scale model from Trax accurately depicts the uniquely Australian top of the line Chrysler wagon. The AP stood for Australian Production and if your family was lucky enough to own one of these luxury load luggers you’d certainly stand out from the crowd. Finished in White with a red flash, this replica is a real credit to Trax as it captures the look of the original perfectly. 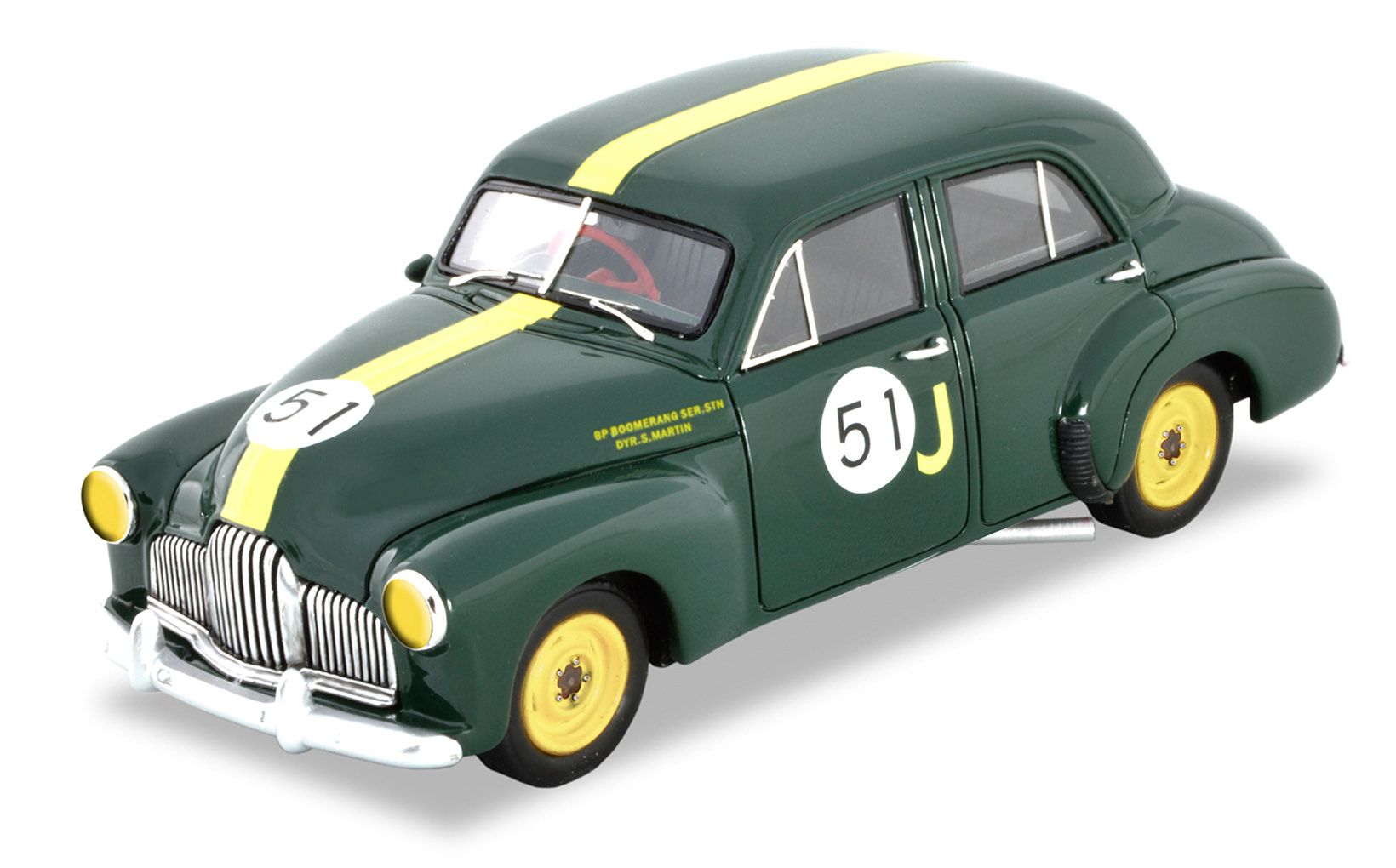 1948 Holden 48-215
Driven by Spencer Martin, this British Racing Green Holden 48-215 is a wonderful rendition of the classic Holden “Humpy” in 1/43rd scale. Apart from being Australia’s most popular road car of the time, the Holden also saw extensive service on race tracks across the country. Race to get yours now. 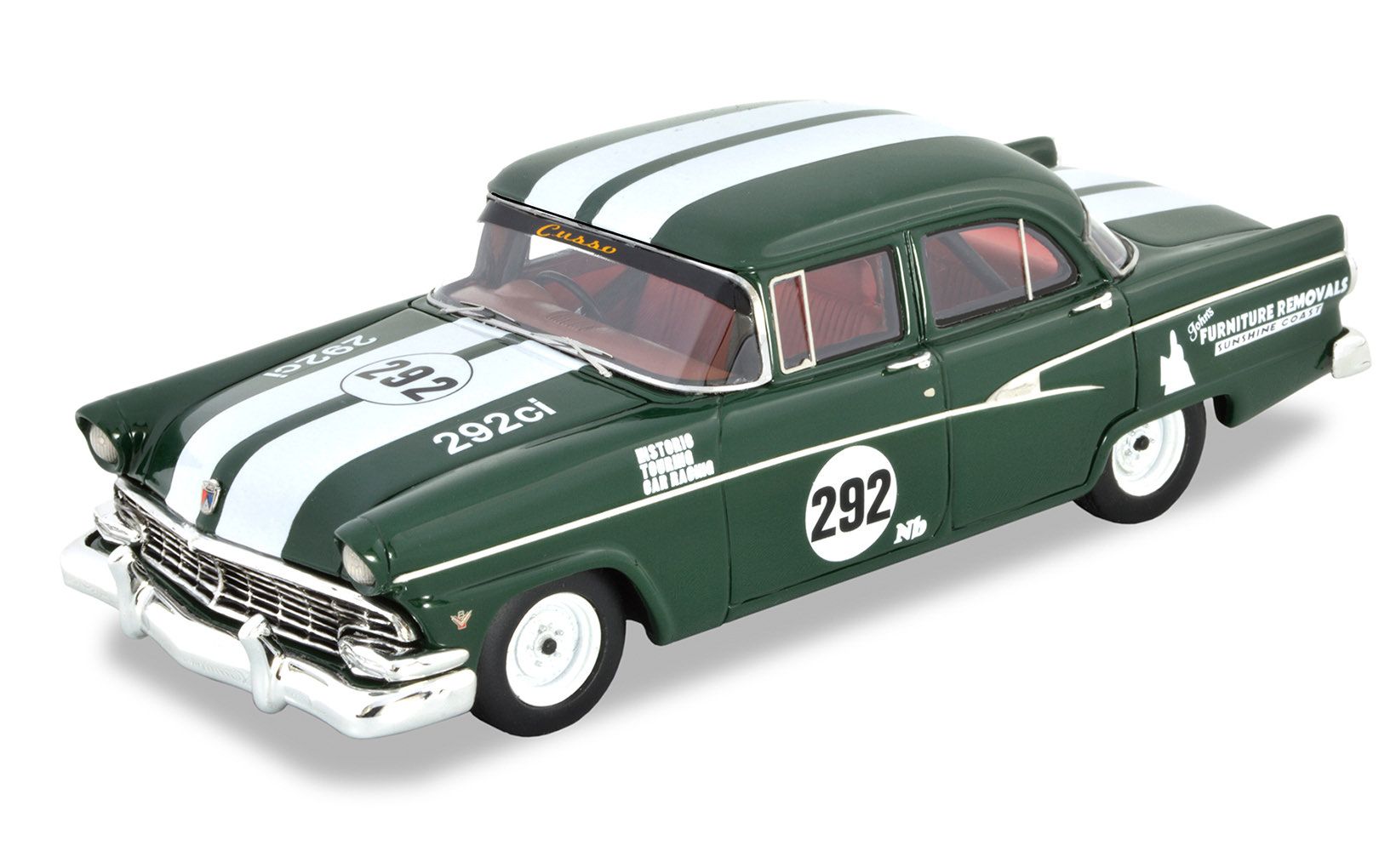 1956 Historic Racing Ford Customline
This highly detailed 1/43rd scale racing Ford Customline depicts a car that successfully competed for more than ten years on multiple tracks across the nation. It’s trusty Y block V8 provided plenty of power to move the “Cusso” at a competitive rate of knots. Cornering this boat would have tested the skills of the driver. Secure your piece of Aussie racing history today. 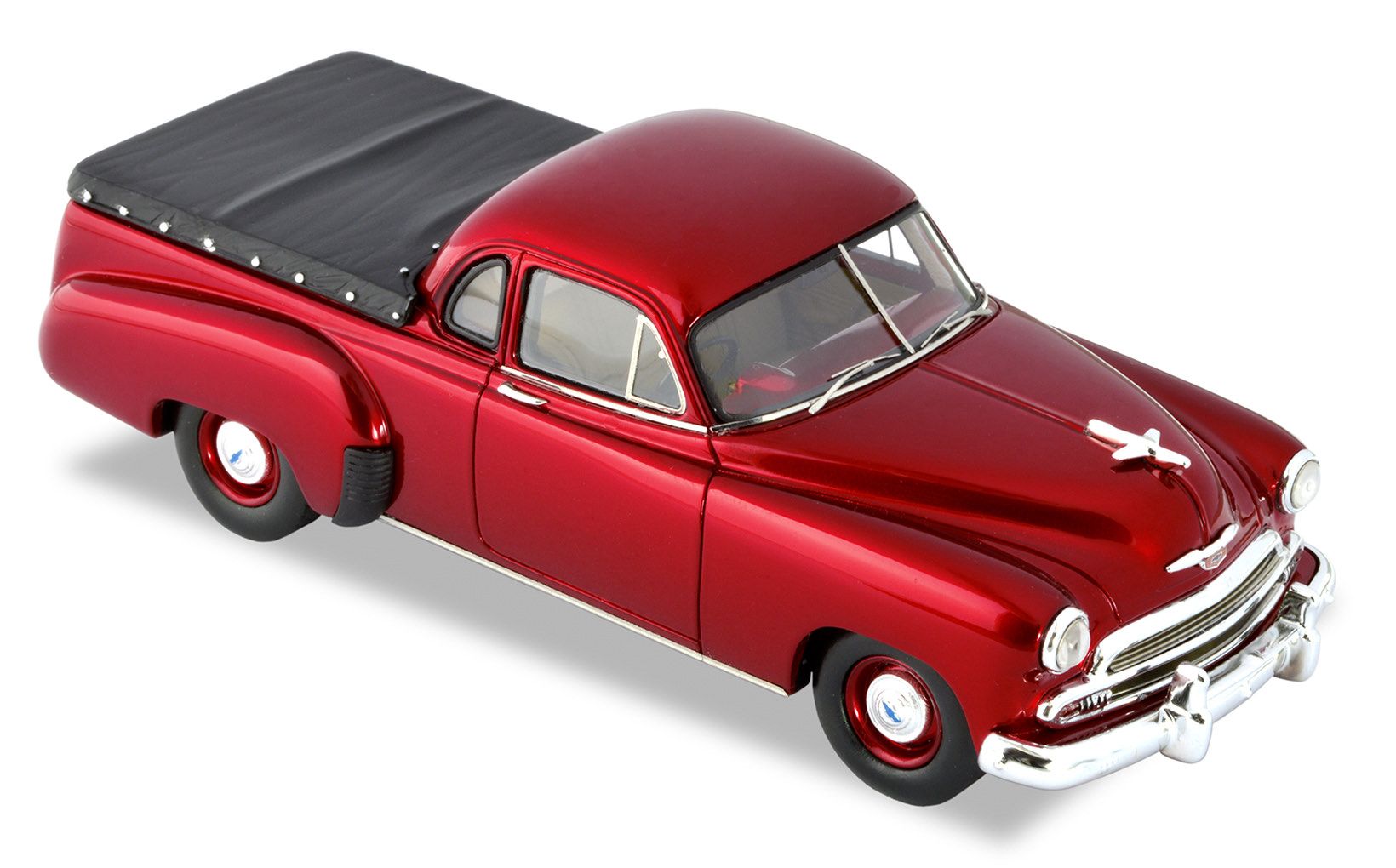 1951 Chevrolet Utility
Finished in an impressive candy apple red, this 1/43rd scale replica depicts a uniquely Australian utility that was the “big brother” to the Holden of the time. Larger and more powerful than the Holden, this Chevrolet would have cut a fine figure going about its workhorse duties, delivering not only its payload, but a certain level of prestige along the way. 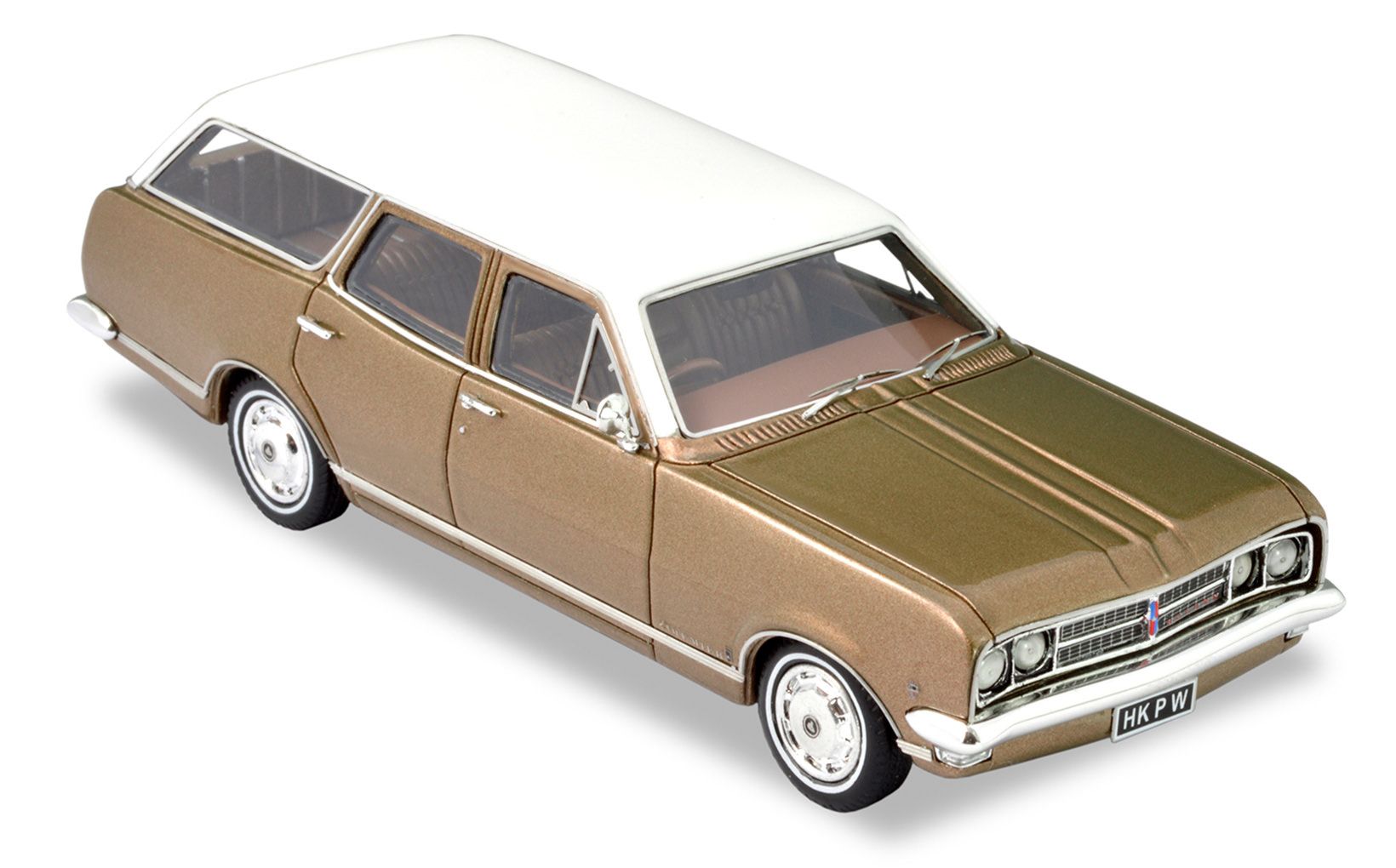 1968 Holden HK Premier Wagon
Finished in a popular gold with a cream roof, this HK Premier represented the upmarket variant of the first in this series of larger Holdens that offered many firsts for the brand, including the option of a 307 cubic inch Chevrolet V8. The HK proved to be a popular model, bringing a wider array of variants and options to the Australian market. This 1/43rd scale replica is sure to be popular amongst Holden fans. 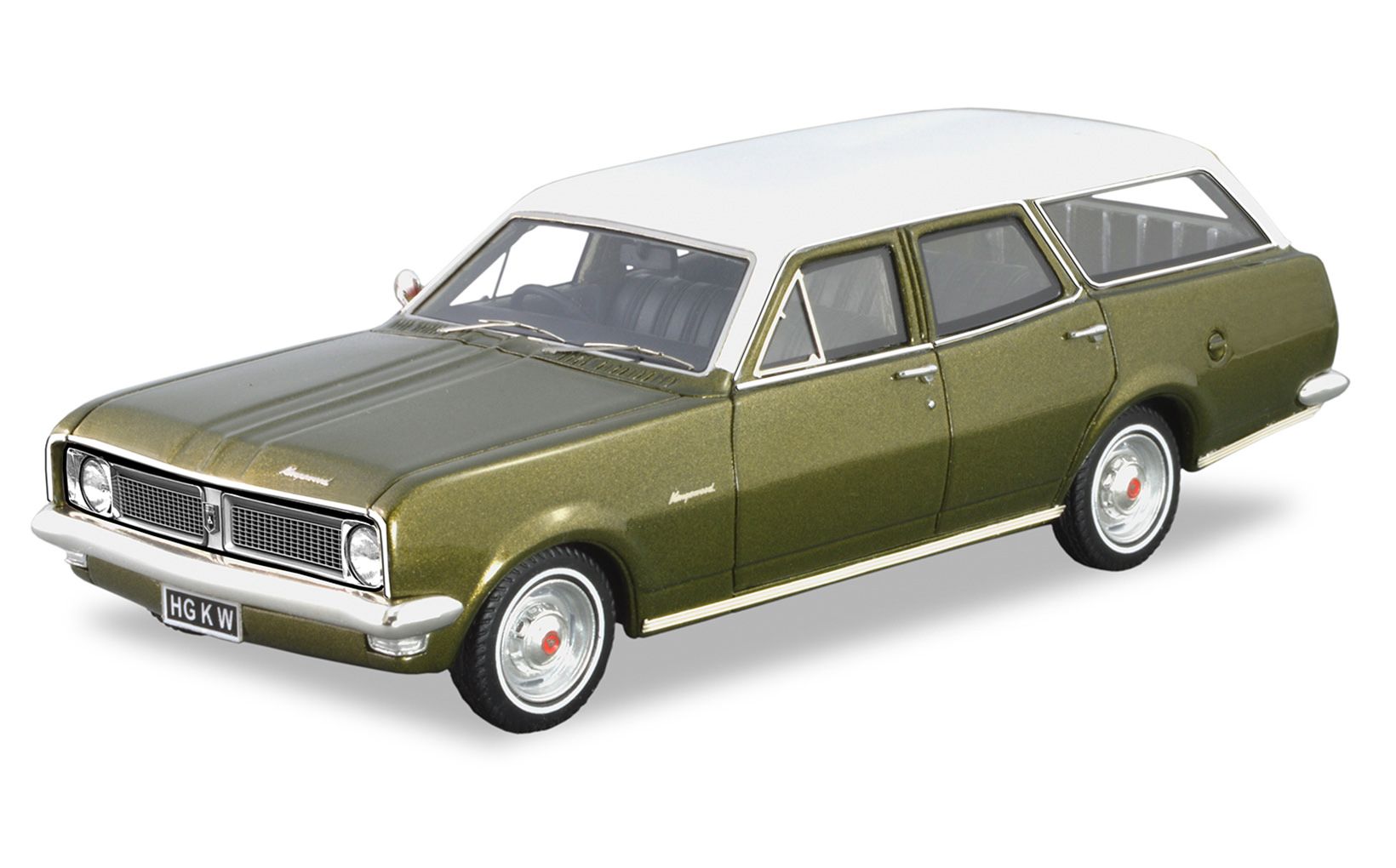 1970 Holden HG Kingswood Wagon
With the HG series, here we have the last in this body style from Holden. The HG offered the Australian made V8 engines as options - in either 253 or 308 cubic inch configuration. The Kingswood was Holden’s most popular model and this 1/43rd scale wagon variant in green reminds us of a time before the term SUV was even thought about. 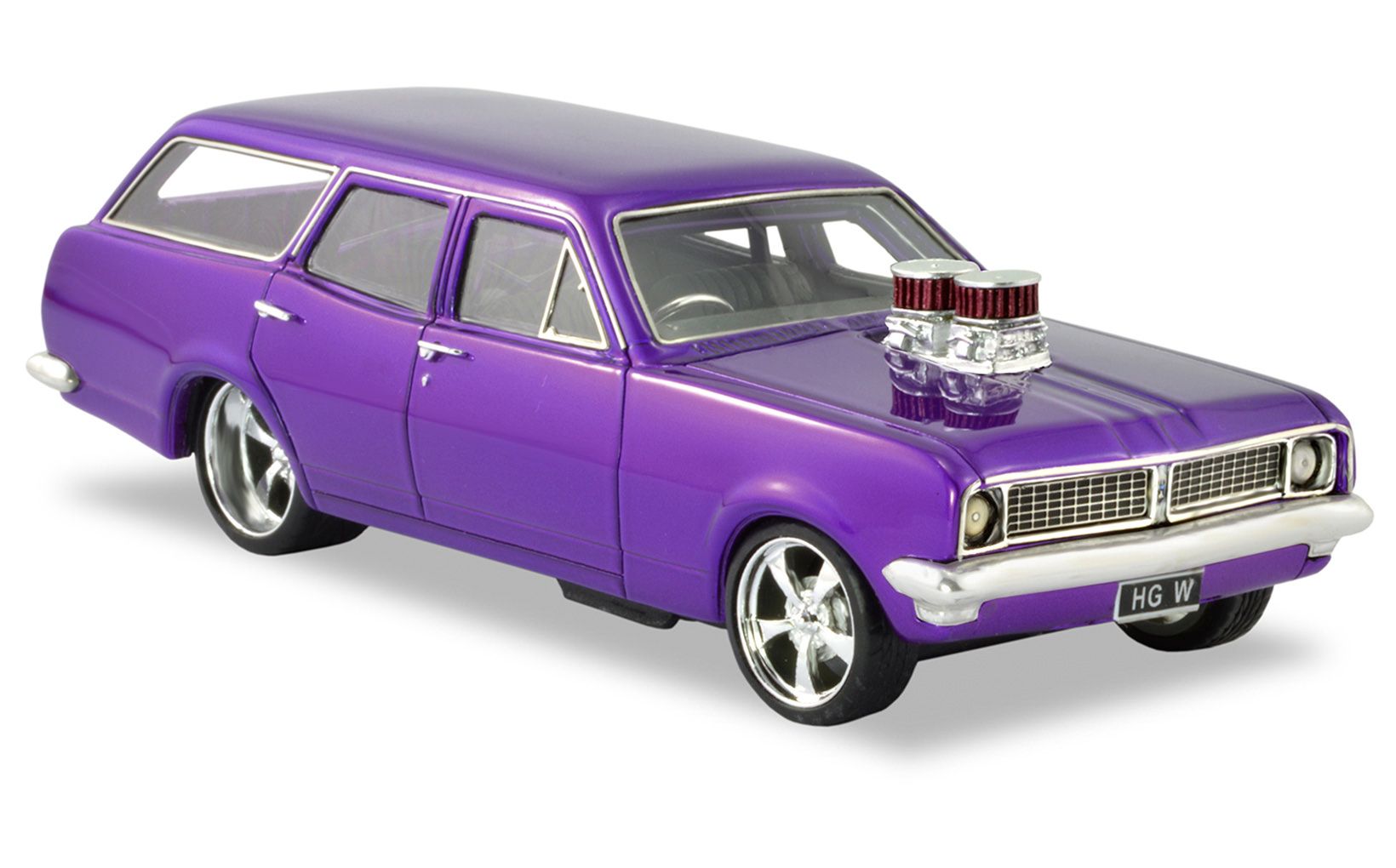 1970 HG Kingswood Wagon Street Machine
If custom is your preference, this 1/43rd scale wild wagon will really stand out from the crowd. Featuring a mega horsepower engine and wide tyres on mag wheels, this tyre shredding burnout machine gives new meaning to the term “Purple Haze”. 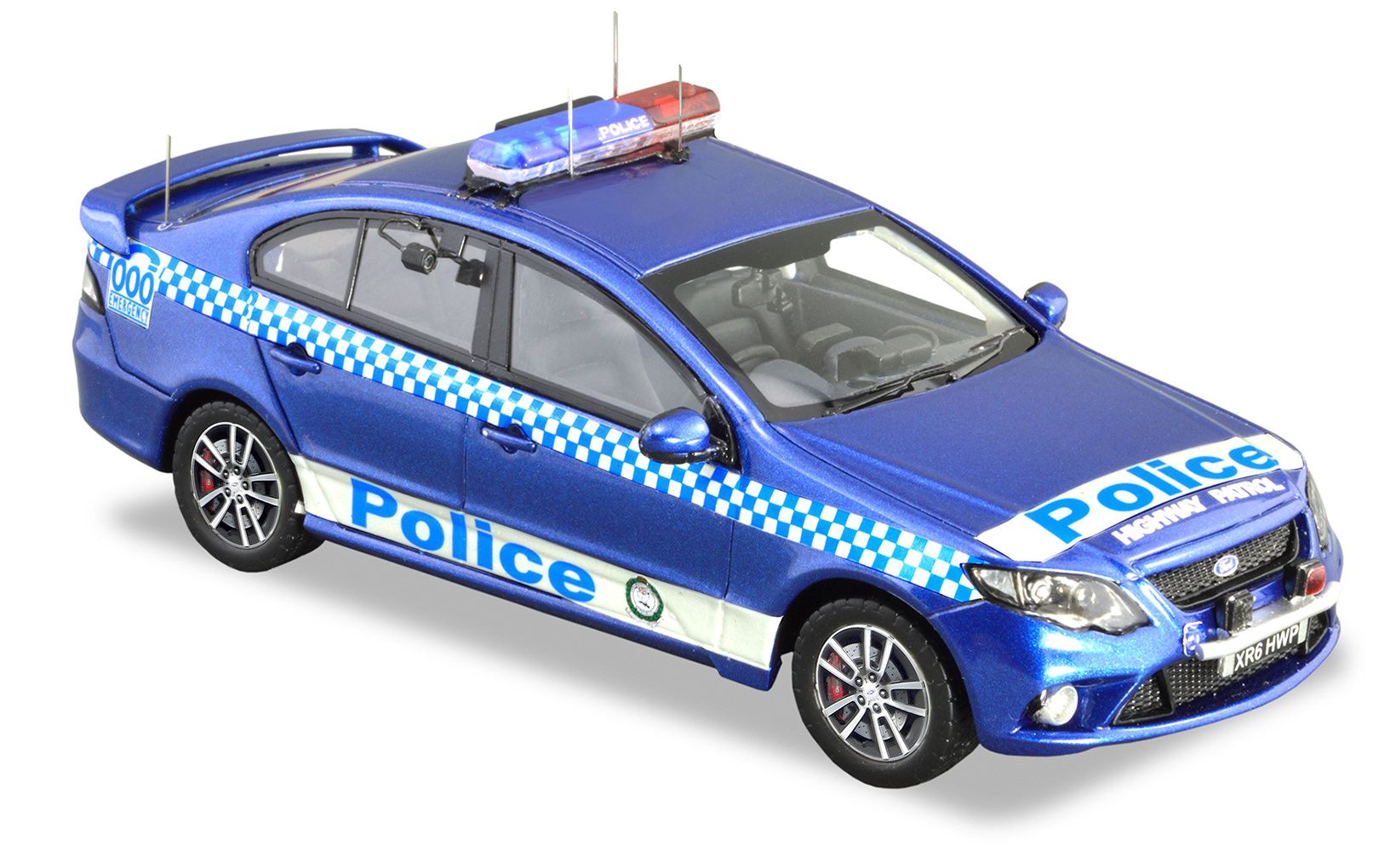 Ford FG XR6 Turbo Highway Patrol Police Car
Soon, Australian made police cars will be a thing of the past. Make sure you celebrate this end of an era by securing your example in 1/43rd scale. Trax has done a great job in capturing this second last model of the Ford Falcon - one of the longest running vehicle nameplates in automotive history. Do your duty and apprehend one today. 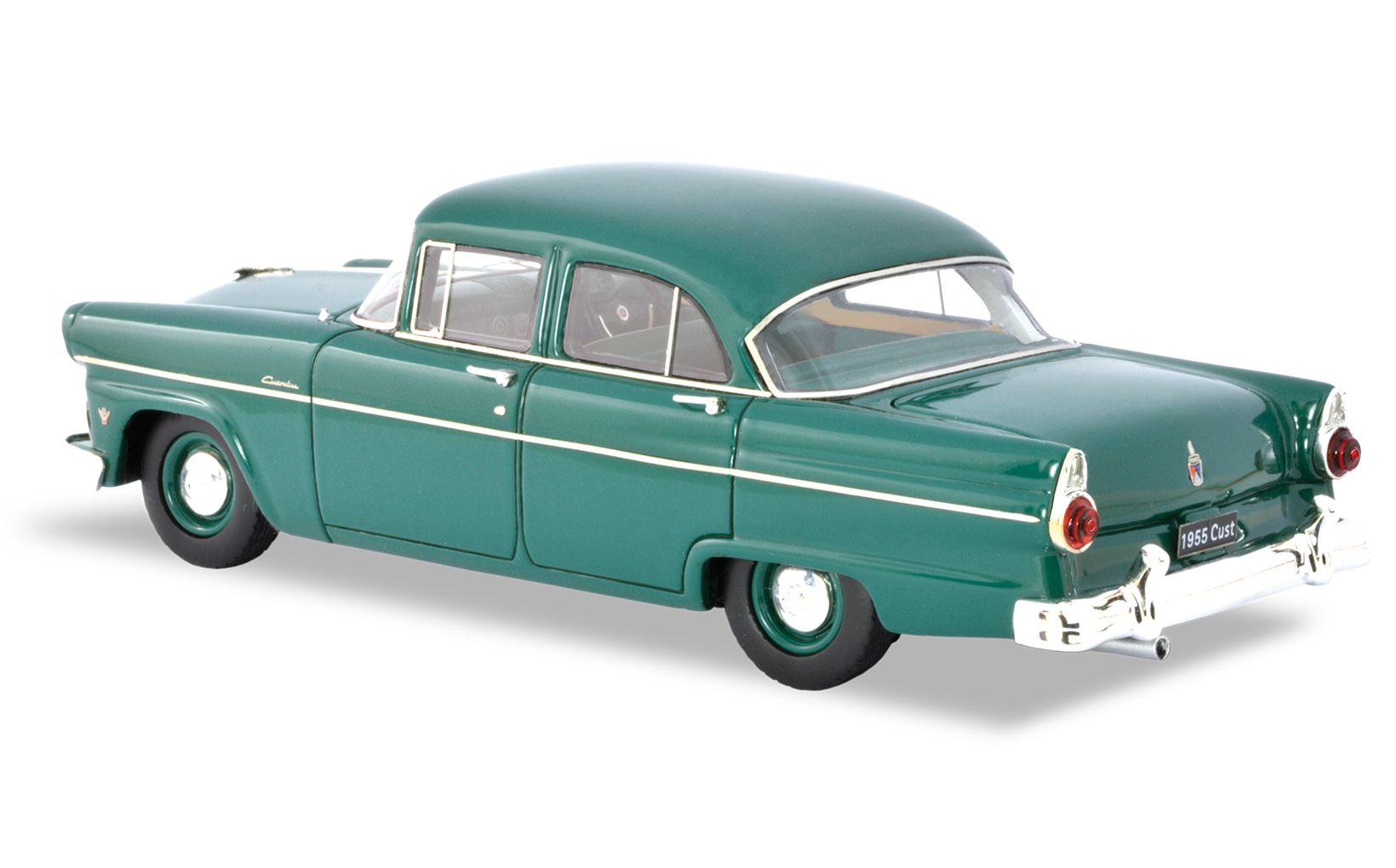 1955 Ford Customline
Finished in Killarney Green this 1/43rd scale model really captures the look of the ever popular Ford Customline. The Customline had all the right ingredients for success, offering big car comfort, V8 power and rugged full chassis construction. The Customline was the car of choice amongst well heeled city folk or cashed up cockies. It continues to appeal to this very day.
For further information about TRAX visit https://www.topgear.com.au