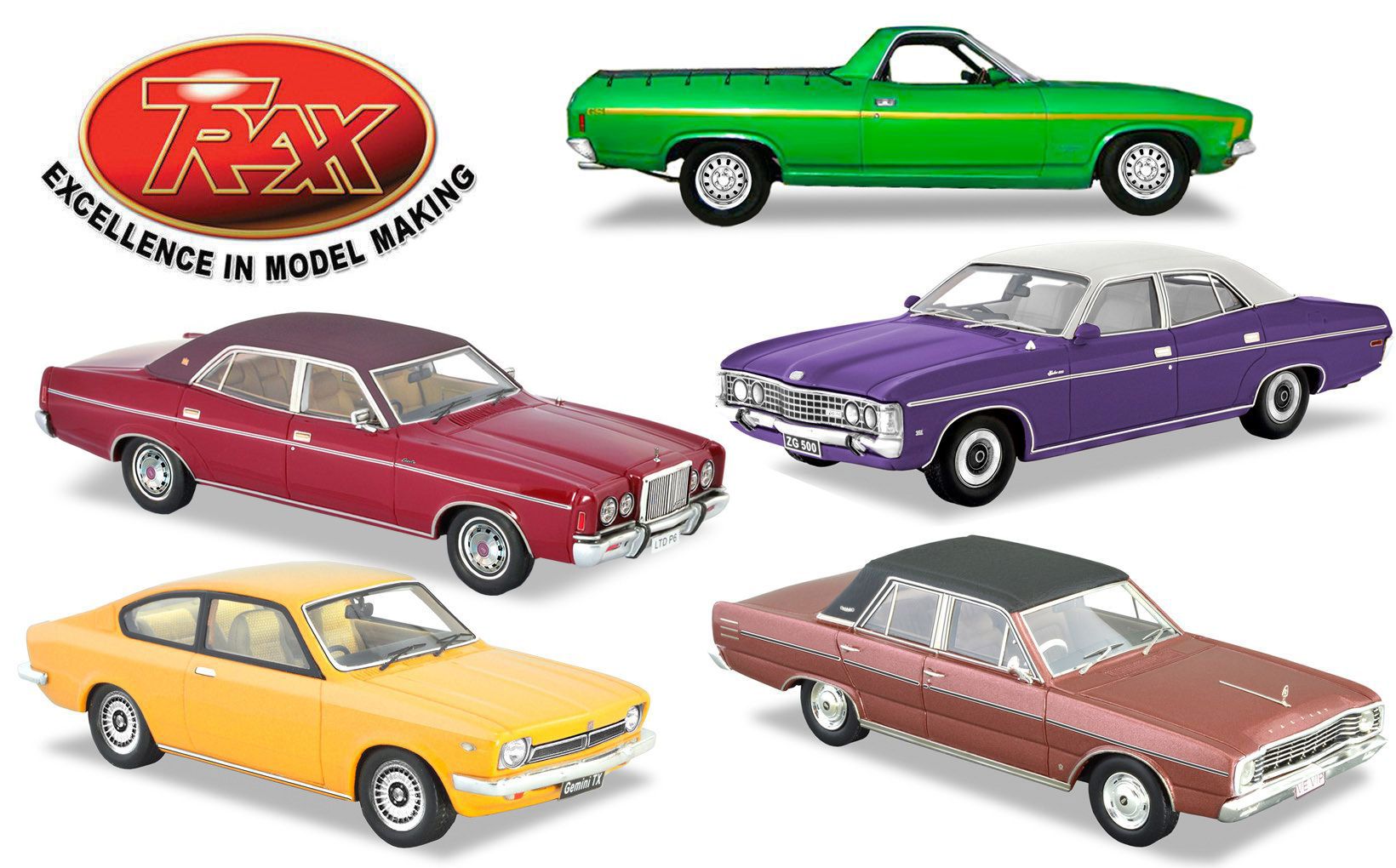 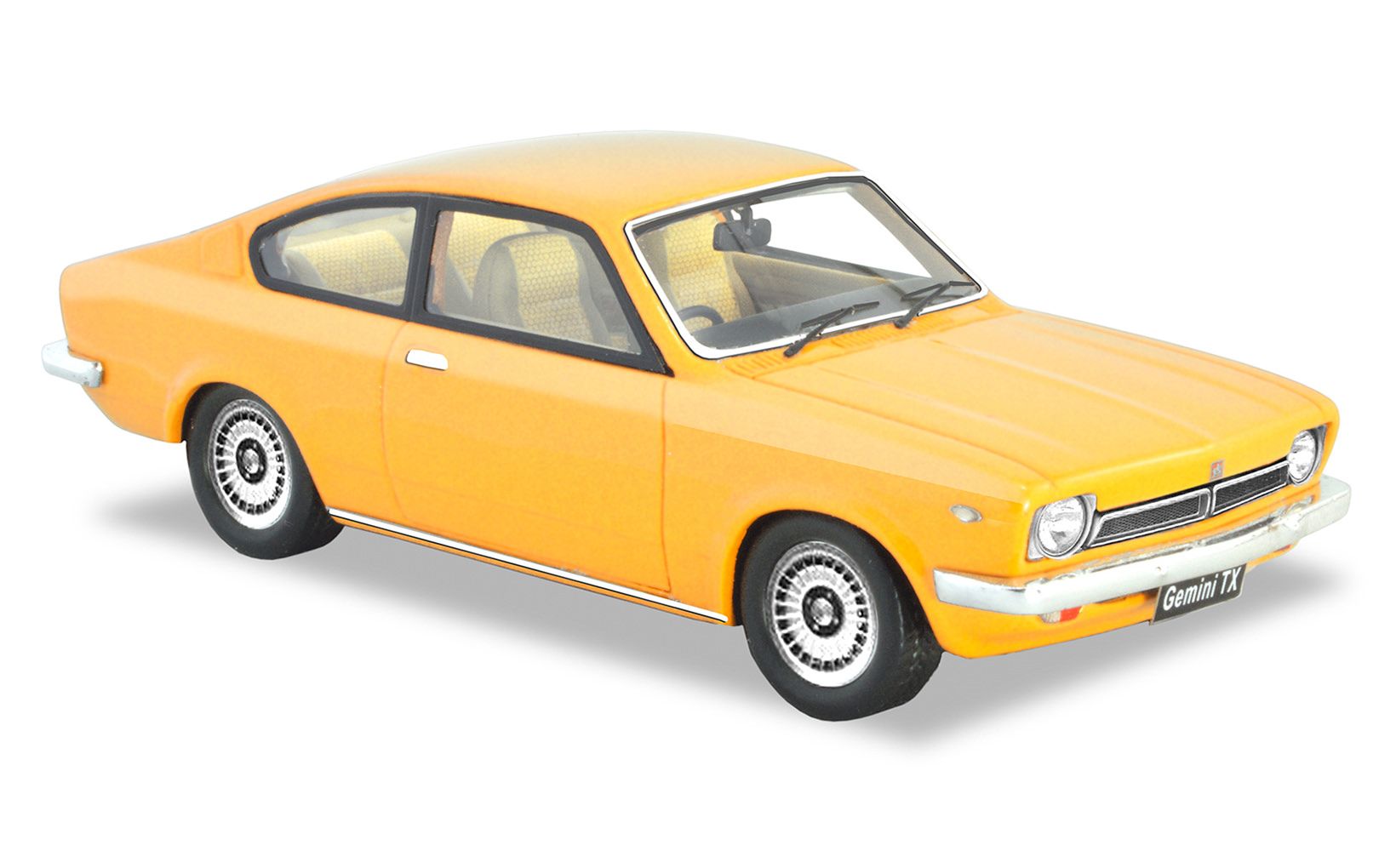 1975 Holden TX Gemini Coupe
“You and I and Gemini” the jingle went on the TV commercial when Holden launched its extremely popular small car. The Holden Gemini was an Isuzu based design that was sold in Australia in sedan, coupe, wagon and panel van configurations. This 1/43rd scale TX model by Trax has been superbly rendered in a fabulous 1970’s orange with red pinstripe. Detail is amazing as it really captures the look of Holden’s sporty four fun machine. 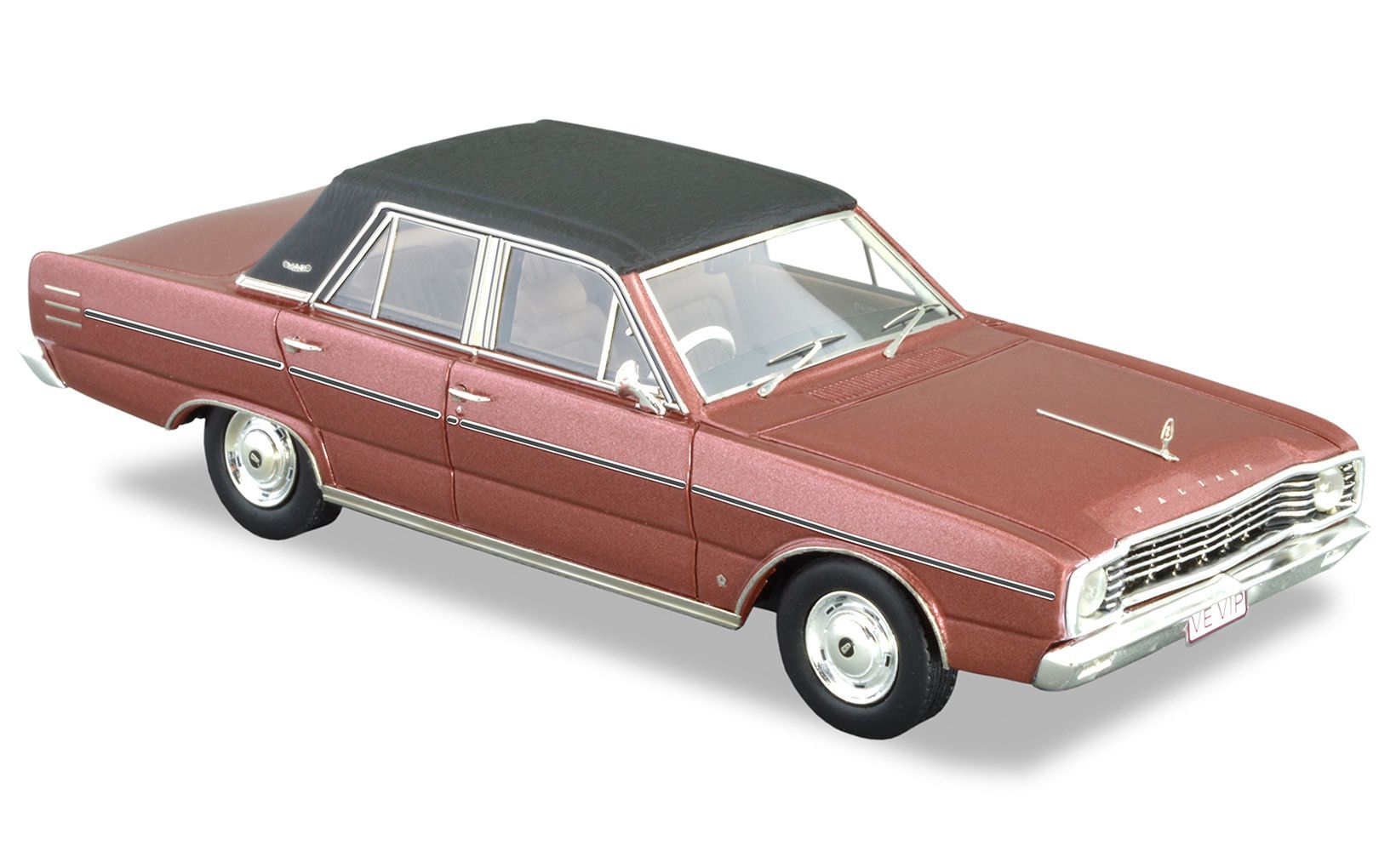 1968 Chrysler VE Valiant VIP
The VE Valiant won the Wheels magazine Car of the Year award and Trax has done an outstanding job of capturing this top of the line VIP model in 1/43rd scale. This series VIP was built on the same wheelbase as the standard Valiant, whereas later models were built on a longer wheelbase as per Ford’s popular Fairlane. Particularly noteworthy with this model are the exterior colours and the vinyl roof - a feature often used on upmarket variants from the Big Three. Make sure you feel like a VIP and order yours today. 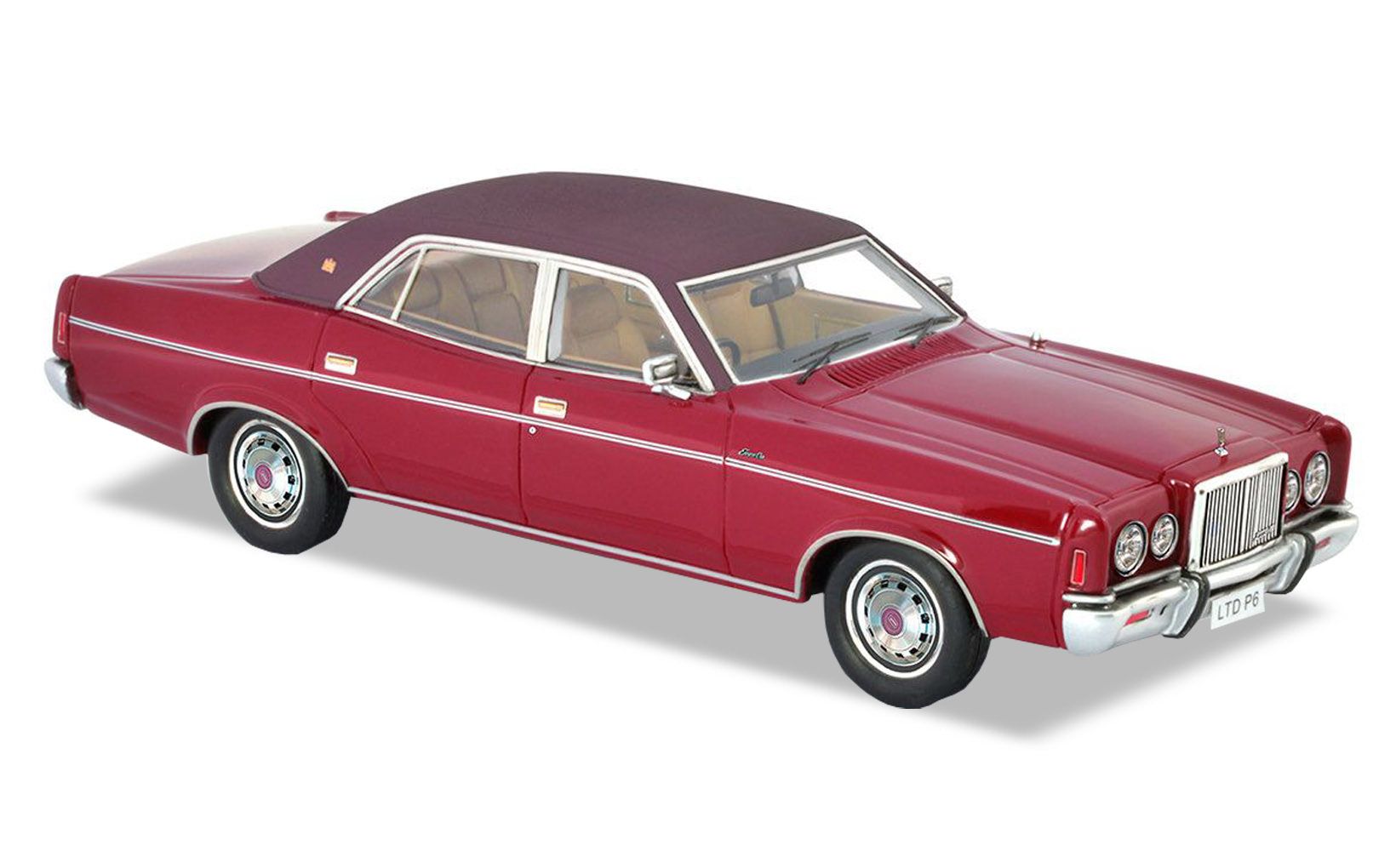 1978 Ford P6 LTD
The 1976-1979 LTD was the second model in a long series of Ford’s LTD cars. The “Rolls Royce” style grille and Jaguar type headlights really set the car apart from its Fairlane and Falcon cousins, as did it’s 121 inch wheelbase and luxurious appointments. Powered exclusively by Ford’s 5.8 litre, 351 cubic inch V8, the P6 LTD was the car of choice for Prime Ministers and senior corporate executives. Trax should be congratulated for making this 1/43rd scale rendition of this uniquely Australian car for the first time ever. Available as Silver Monarch or Town Car editions, these are must haves for any serious collector of Australian motoring history. 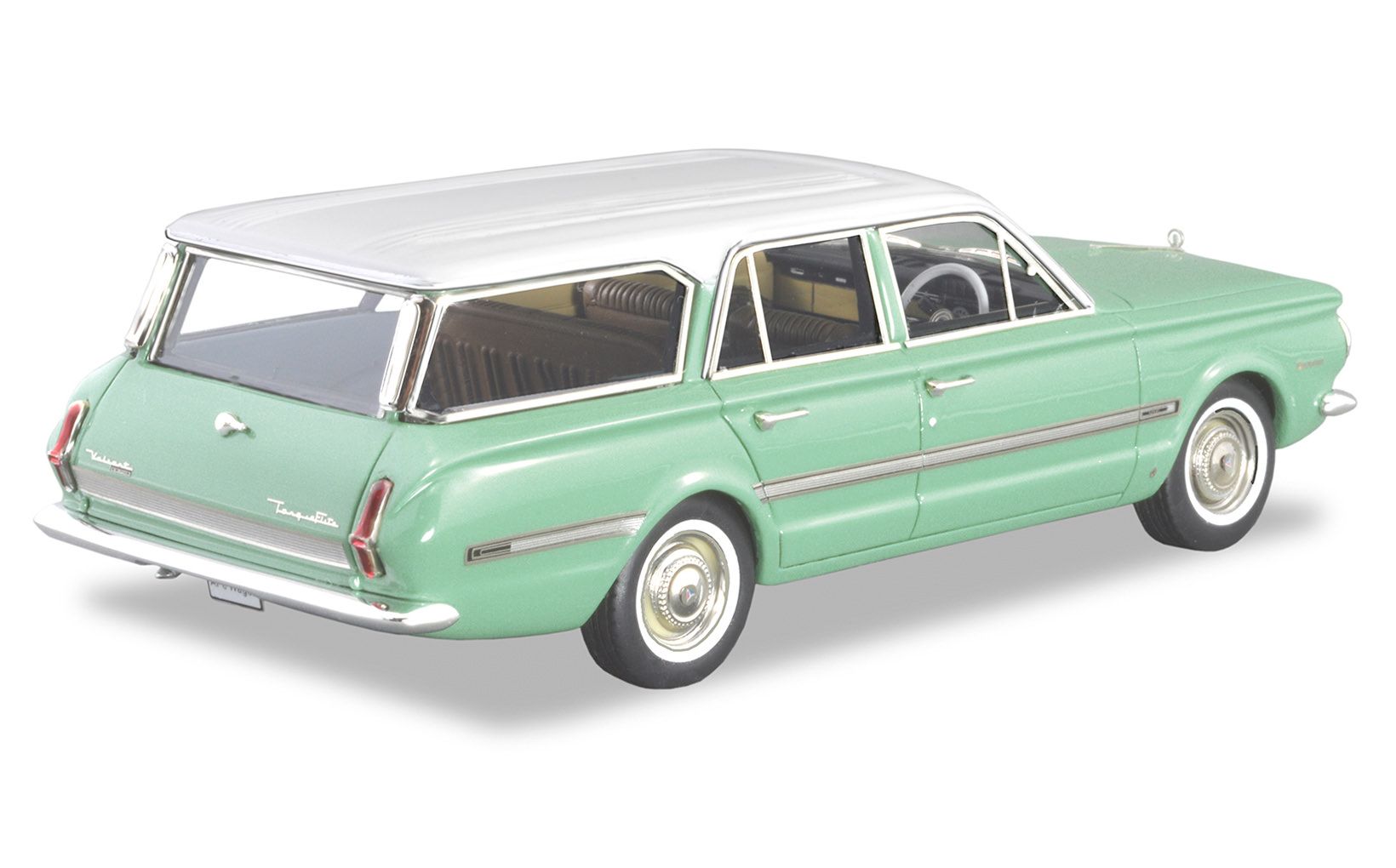 1966 Chrysler AP6 Regal Safari Wagon
The AP6 Valiants really were a cut above their Ford and Holden equivalents of the day, providing American styling and a choice of powerful 6 cylinder and V8 engine options. This 1/43rd scale model by Trax looks very convincing in its period correct colour schemes, highlighted by chrome trim and whitewall tyres. A rare and desirable car today, the Safari wagon model can be yours but only if you order today, as stocks are strictly limited. 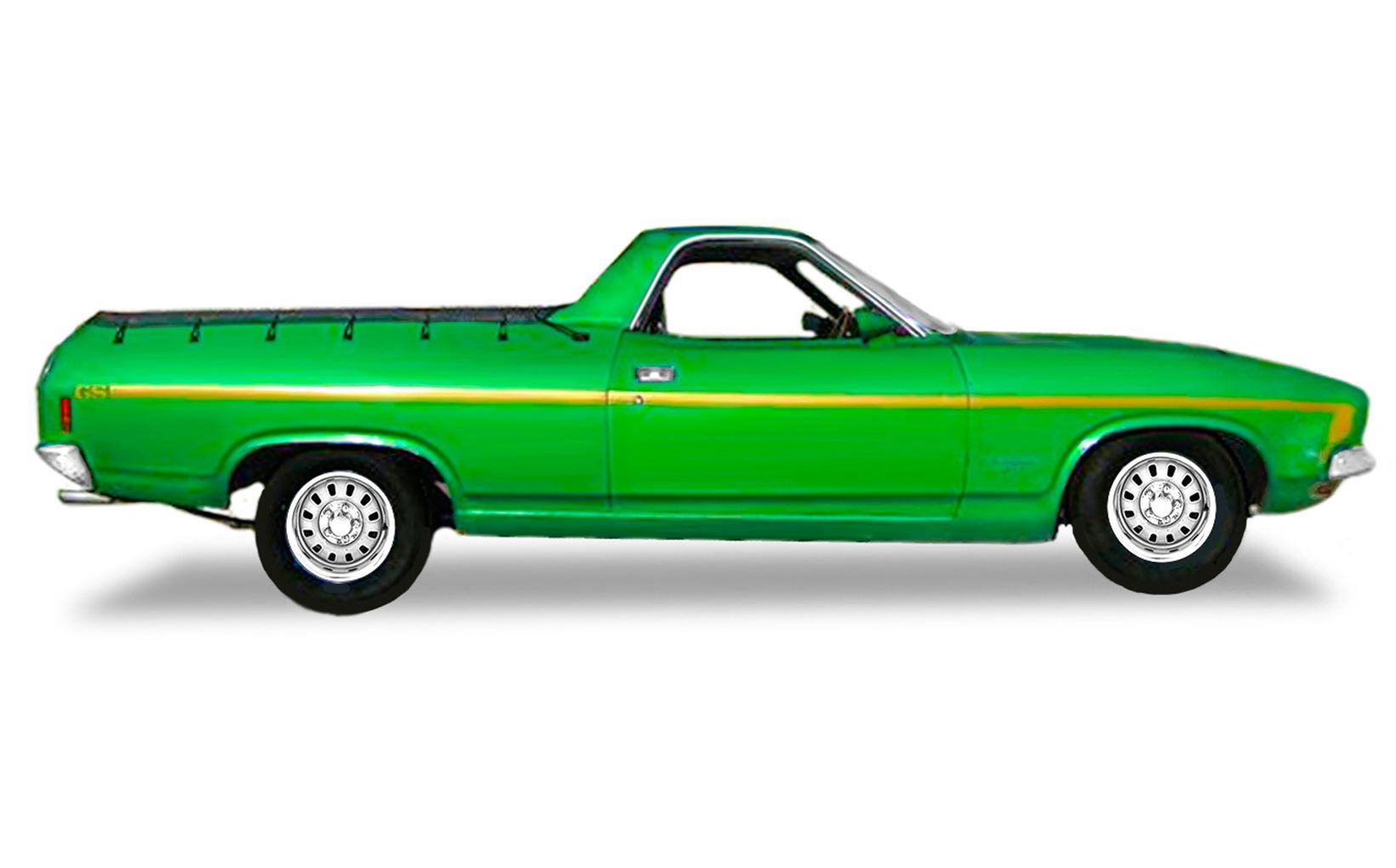 1973 Ford XB Falcon GS Ute
Ford really did have the sporty ute market covered with this “coupe ute” model. Using the doors from the Falcon 2 door hardtop of Bathurst fame, the XB series was offered from 1973 to 1976 with a choice of sixes or 2 V8’s. The GS option also really dressed up the exterior with driving lights, bonnet intakes, styled steel wheels and stripe package. Trax has captured the GS variant very well in 1/43rd scale, even down to its redline tyres. Load up with yours today. 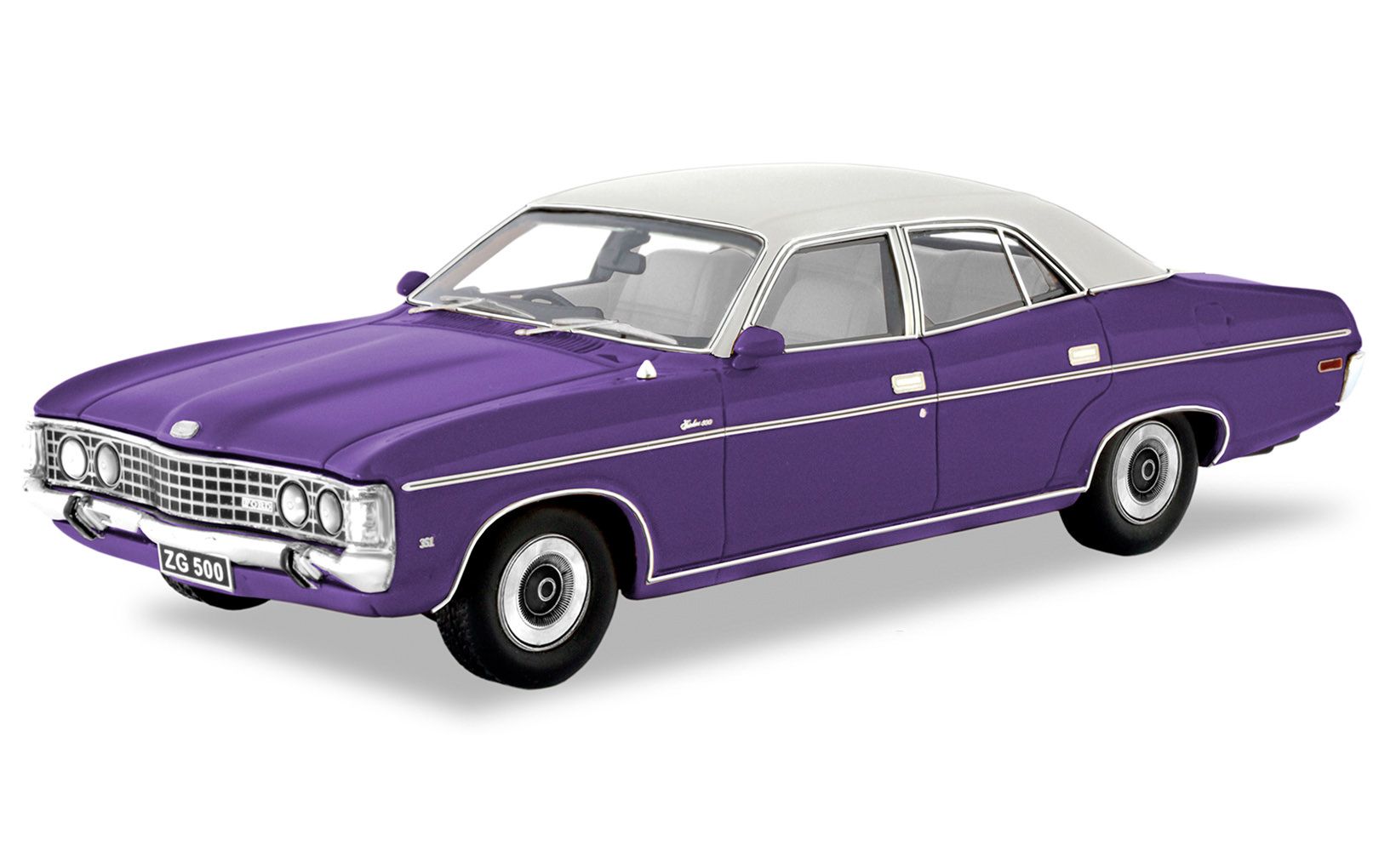 1973 Ford ZG Fairlane
Hats off to Trax for producing a fantastic model in 1/43rd scale of the iconic ZG Fairlane. The ZG was produced from 1973 to 1976 and was the clear leader in the Australian luxury car market. If you were a business man, farmer or real estate agent and you were doing well, you inevitably drove a Fairlane. These iconic Australian cars provided luxury in a package that was rugged enough to handle our rough country roads of the time or delivering clients to their city appointments. Powered by a choice of 4.9 or 5.8 litre V8 engines these big cars ate up the miles in comfort, often while dressed in bright 1970’s colour schemes that were all the rage at the time.
For further information about TRAX visit https://www.topgear.com.au