When Toyota announced its Gazoo Racing high-performance division in 2017, Toyota fans around the world began speculating about which Toyota models would receive the hi-po treatment from the WRC racing team-turned-performance arm.

First, there were the obvious candidates like the Supra and 86 coupes, however picking the next model after that would be tougher – would it be the Corolla small hatch? The Camry sedan? Or maybe even an SUV like the C-HR or RAV4?

Well, that question has been answered in the form of Toyota’s smallest model in its range, the diminutive Yaris light hatch which will take on the likes of the Ford Fiesta RS and Renault Clio RS when it arrives in Australia before the end of the year. 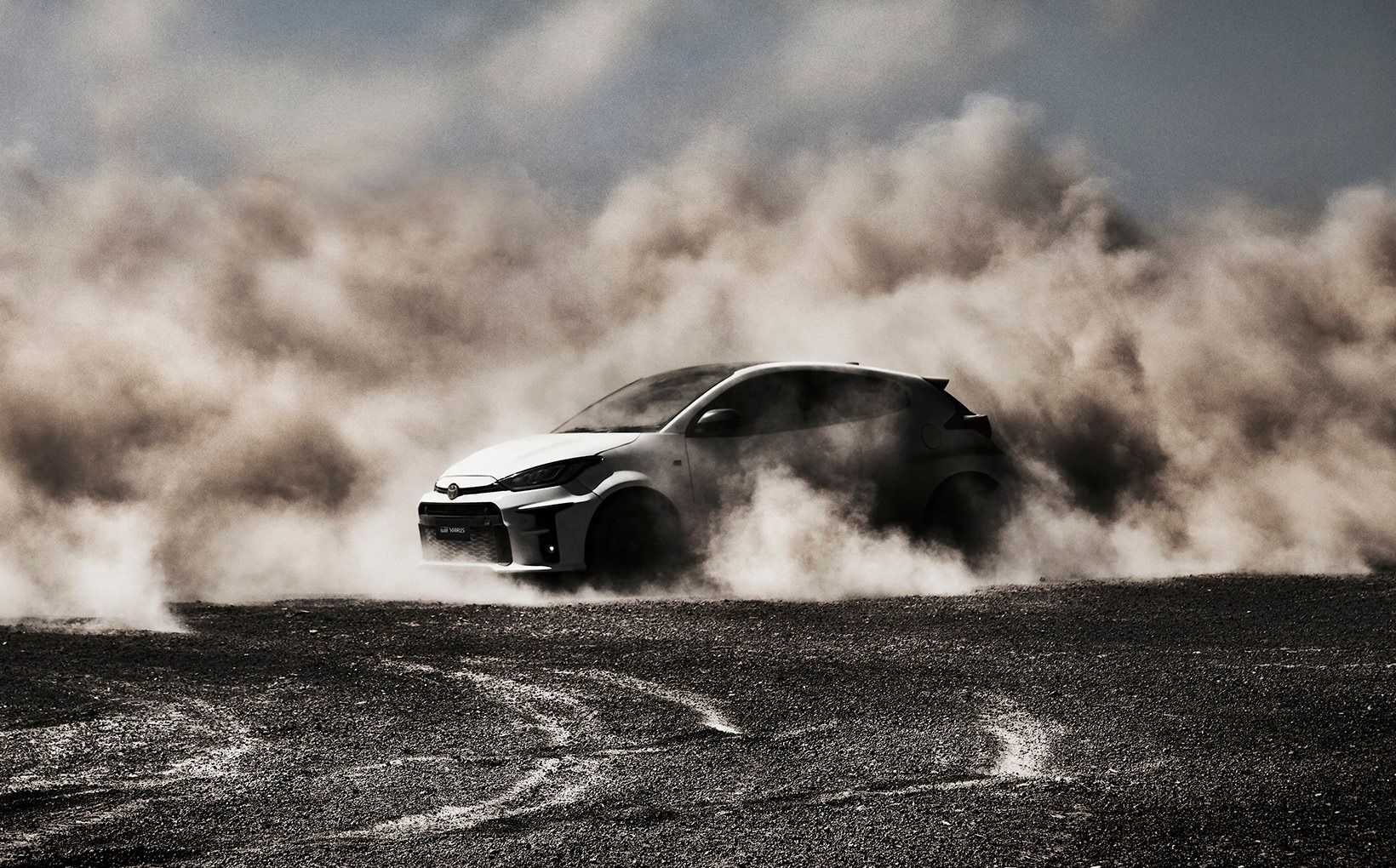 Set to touch down hot on the heels of the new-generation Yaris range, the GR Yaris marks the first time the little hatch has been tuned for performance, and Toyota has made sure that it was worth the wait.

The GR Yaris is underpinned by a new turbocharged 1.6-litre petrol three-cylinder engine, which the GR boffins have tuned to produce an impressive 200kW and 370Nm. 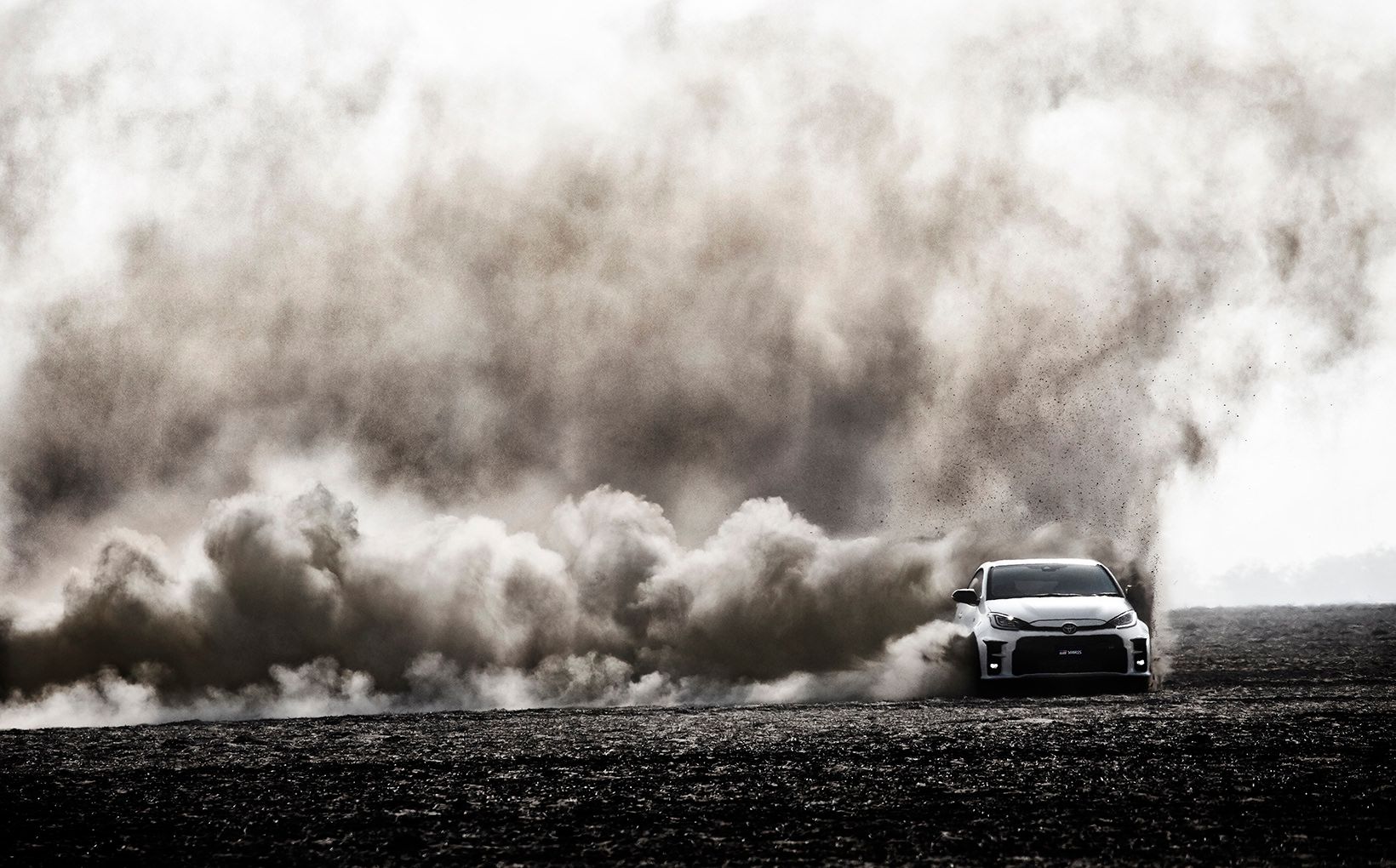 While only powered by a three-cylinder engine, the GR Yaris still manages to crank out a considerable 200kW/370Nm.

Toyota has developed all-wheel drive to handle the GR Yaris’ increased power output, the engine is mated exclusively to a six-speed manual and can send the little pocket rocket from standstill to 100km/h in under 5.5 seconds, and on to an electronically limited top speed of 230km/h.

Tipping the scales at 1280kg, the GR Yaris features a power-to-weight ratio of 6.4kg/kW, thanks in part to its small dimensions which measure just under four metres long and 1.8m wide. 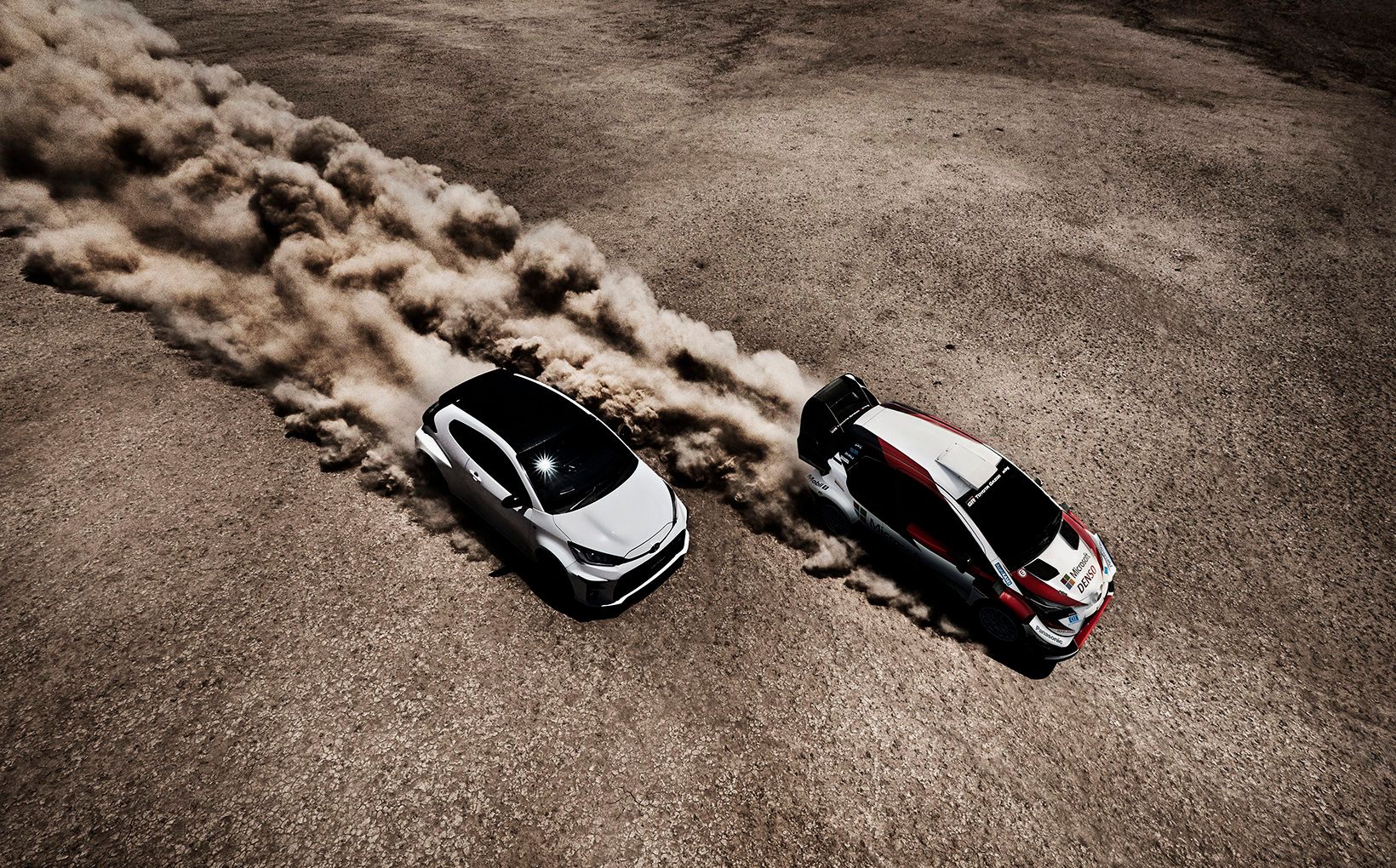 The zero-to100km/h sprint can be completed in under 5.5 seconds when behind the wheel of the GR Yaris.

Drivers will be able to select three different driver modes – Normal, Sport and Track – which will tweak the front/rear torque distribution 60:40, 30:70 and 50:50, respectively. 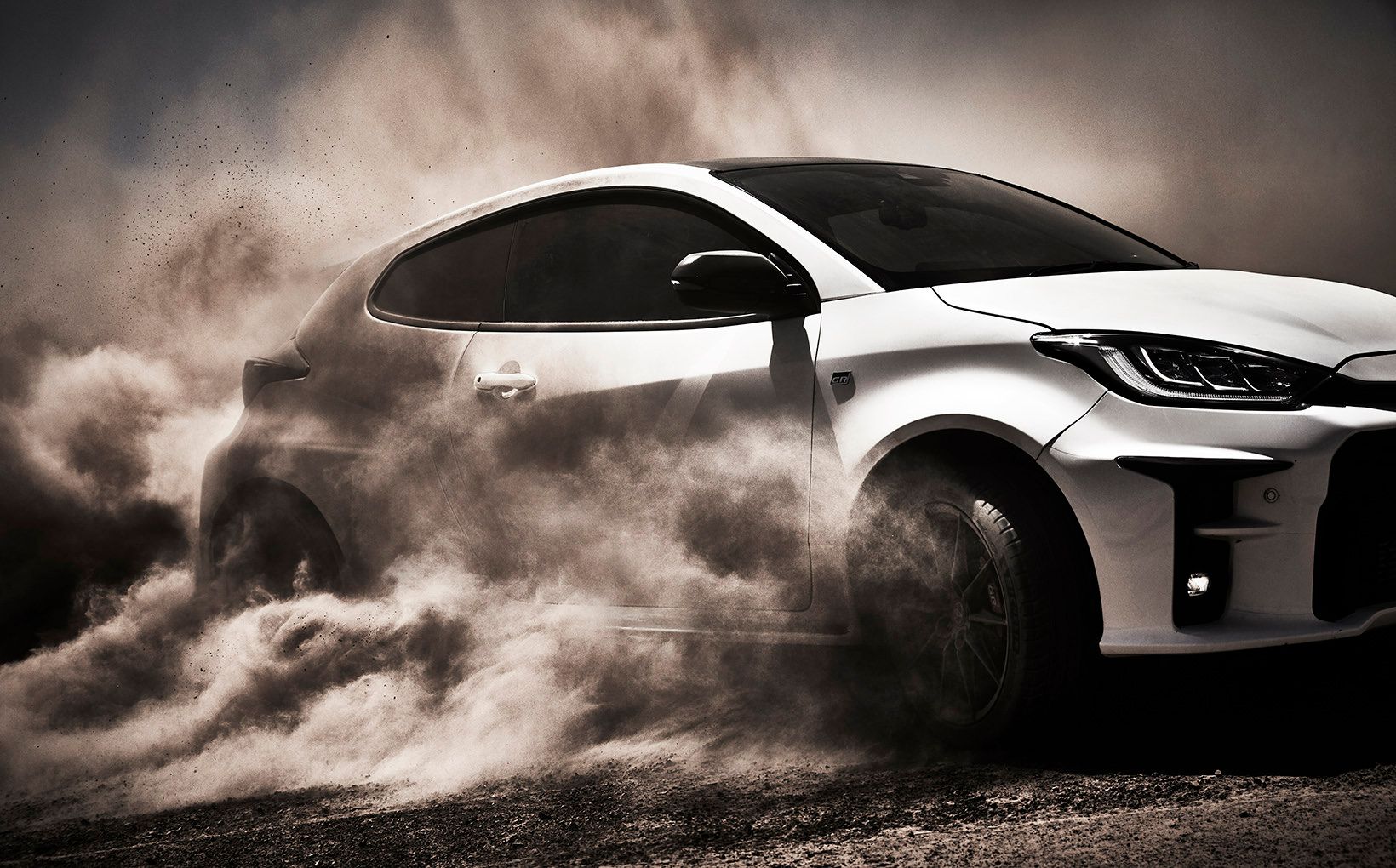 The all-wheel-drive system can variably distribute torque between the front and rear wheels, depending on the drive mode selected.

The system will also take into account driver inputs, vehicle behaviour and road or track conditions, and will adjust power distribution to maximise driver safety and vehicle performance.

New styling cues have been applied to the GR Yaris given it is based on the all-new model revealed at the Tokyo motor show in October, with more stylish headlights and a wide, open lower grille, while at the rear, newly designed tail-lights merge with the tailgate to give the Yaris a wide rear look.

As for the GR version, clear styling enhancements include a wider track with flared wheelarches, larger intakes, unique spoiler, a 91mm lower roofline and body construction made from carbon-fibre polymer and aluminium for its blend of strength and lightness. 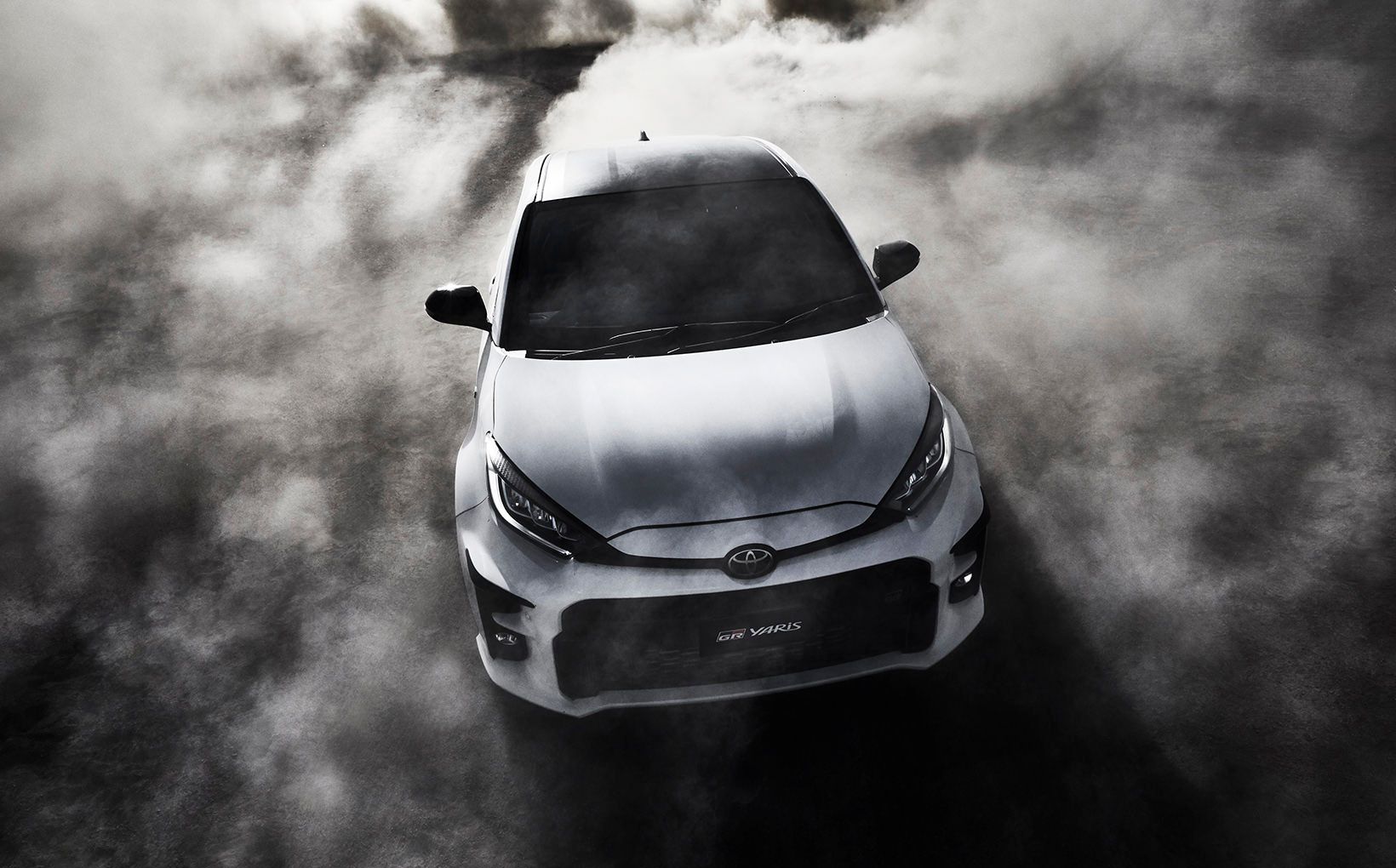 Some aggressive design changes set the GR apart from the rest of the new Yaris range.

Like the normal Yaris, the GR version is built on Toyota’s TNGA-B platform, promising marked improvements in handling and dynamics over the previous-generation light hatch.

Toyota Australia is yet to detail any pricing for the new Yaris range, however the GR Yaris will obviously sit well above the rest of the line-up, which currently tops out at $22,670 plus on-roads for the ZR variant.

The GR Yaris will be the second vehicle tuned by Gazoo Racing to arrive in Australia following the all-new, fifth-generation Supra coupe, which touched down amid great anticipation in September. 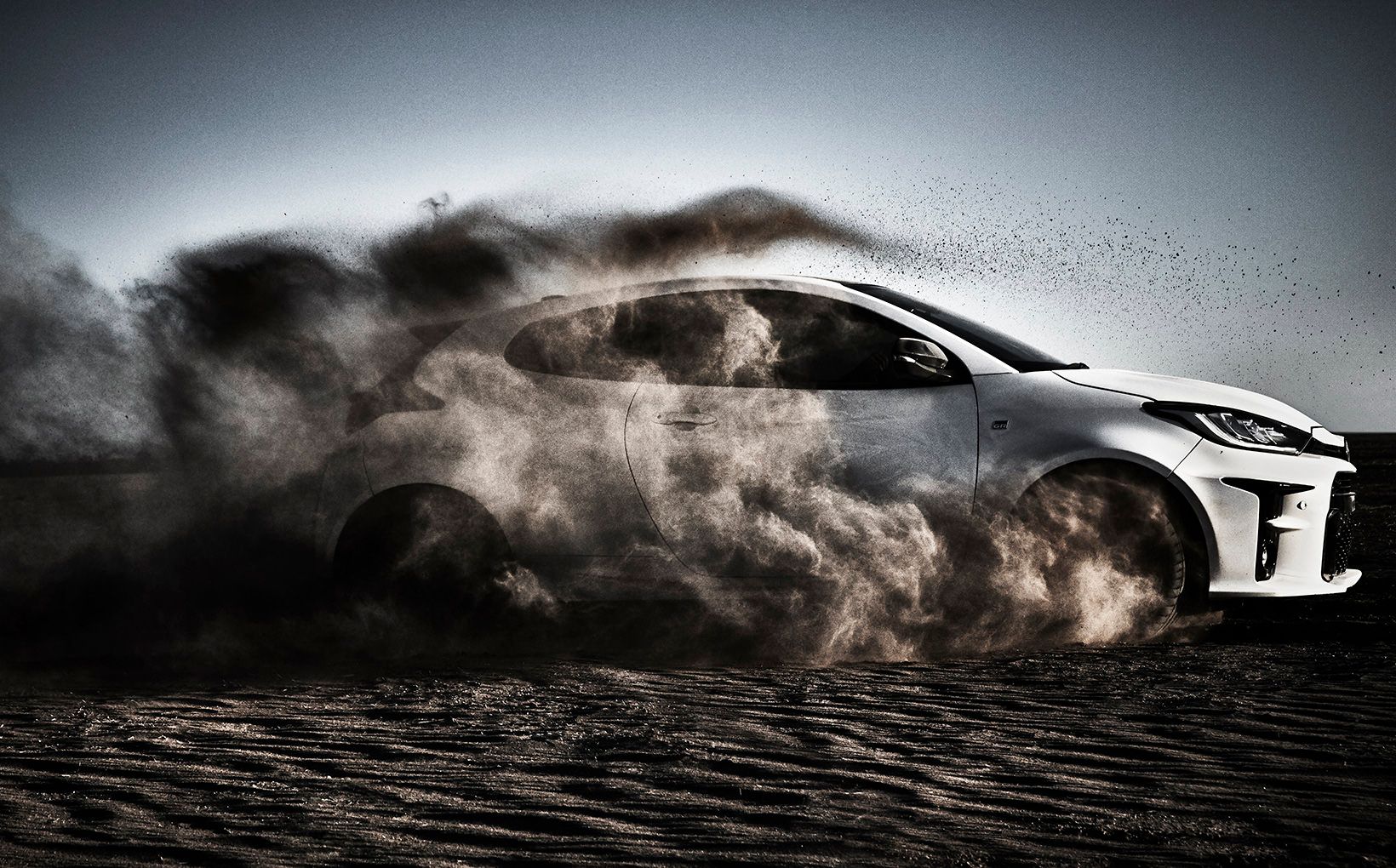 No pricing has been revealed for the GR Yaris, but it will comfortably sit atop the light hatch range when it arrives in Australia later this year.

Supra chief product specialist Tetsuya Tada said the Supra would receive regular updates through its life cycle to keep it fresh, including the possibility of upping the power of its 250kW/500Nm BMW-sourced 3.0-litre inline six-cylinder turbo-petrol engine, tweaking the suspension and steering, or even introducing a manual variant.

While there is no word yet on model-year enhancements for the GR Yaris, it is possible we could see some improvements introduced to keep upping the appeal and performance credentials of the little pocket rocket.

It is inevitable that the GR range will be expanded to other model, but the question is – which will be the first to score enhancements from the performance division? 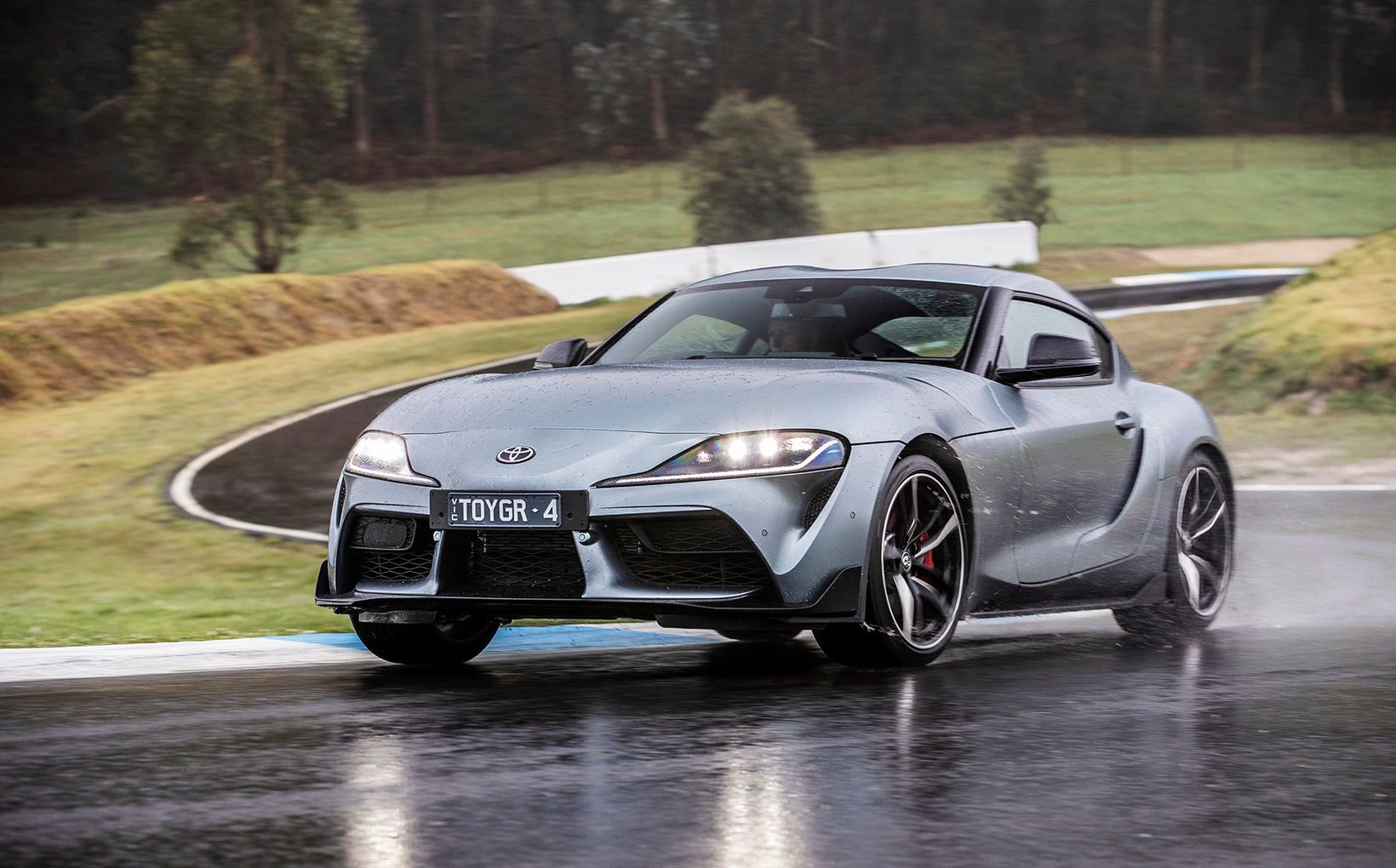 The Supra was the first GR-tuned vehicle to arrive in Australia in September last year.

The answer is likely the next-generation 86 sportscar, which is currently in development for an all-new version alongside the Subaru BRZ, and is tipped to use a new turbocharged boxer engine that will increase power over the current version’s 152kW/212Nm 2.0-litre aspirated petrol mill.

Fans can also expect to see improvements to steering handling and overall driving dynamics, as well as some visual and aerodynamic enhancements to really set it apart.

After that, there are a number of other models that could score the GR treatment, the most logical of which would be the Corolla hatch which could take on a number of rivals like the Volkswagen Golf GTI in the popular small hot hatch segment. 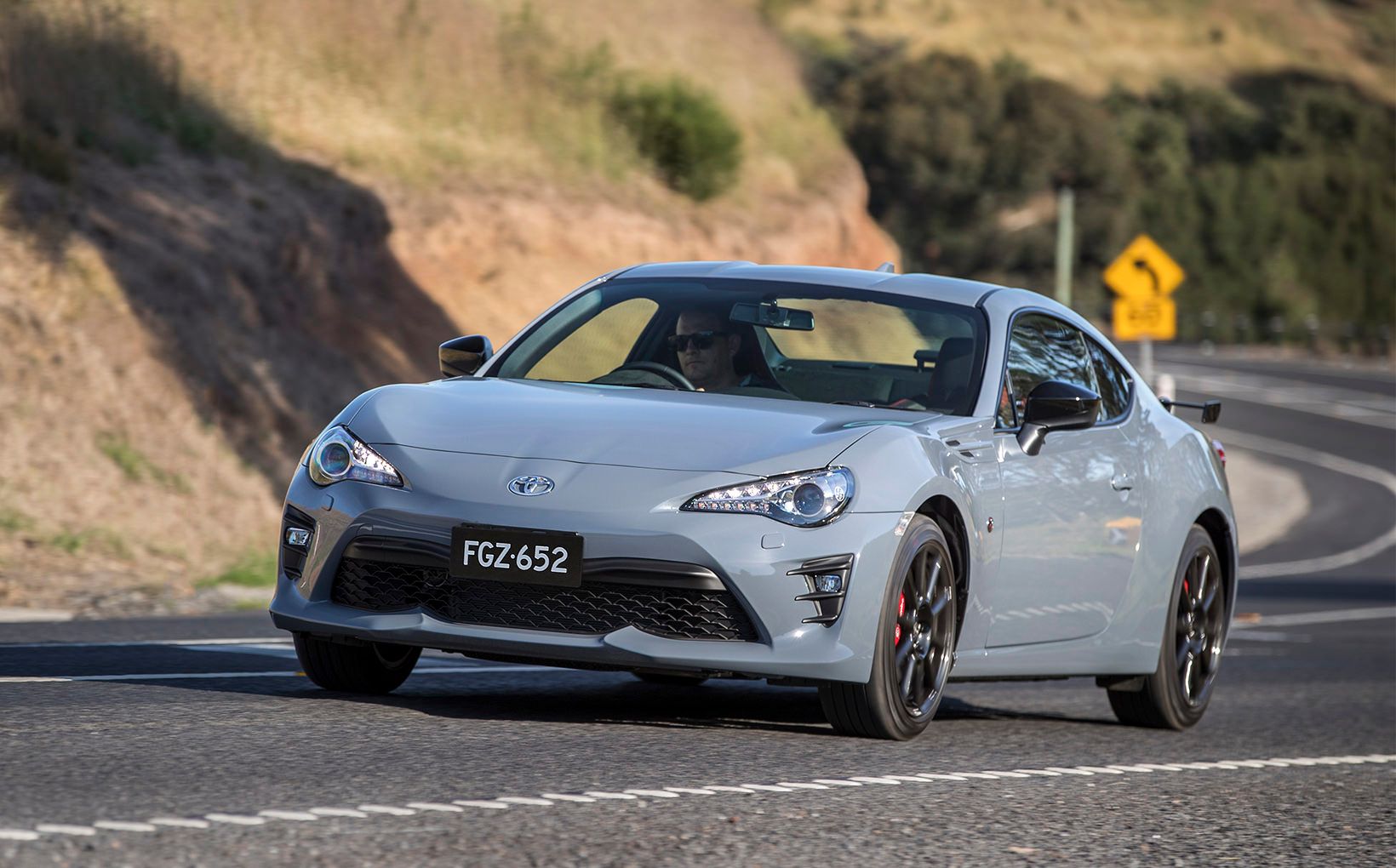 The new-gen 86 hatch is tipped to be the next Toyota vehicle to be tuned by Gazoo Racing’s boffins (current gen pictured).

In any case, fans will have to wait for more GR products, and if the potent Yaris variant is anything to go by then hi-po Toyota fans are in for a treat in coming years.

Protect your Toyota. Call Shannons Insurance on 13 46 46 to get a quote today.