Four stunning Classics from the 1930s have already created enormous interest ahead of Shannons Melbourne Summer Auction next Monday (December 9). 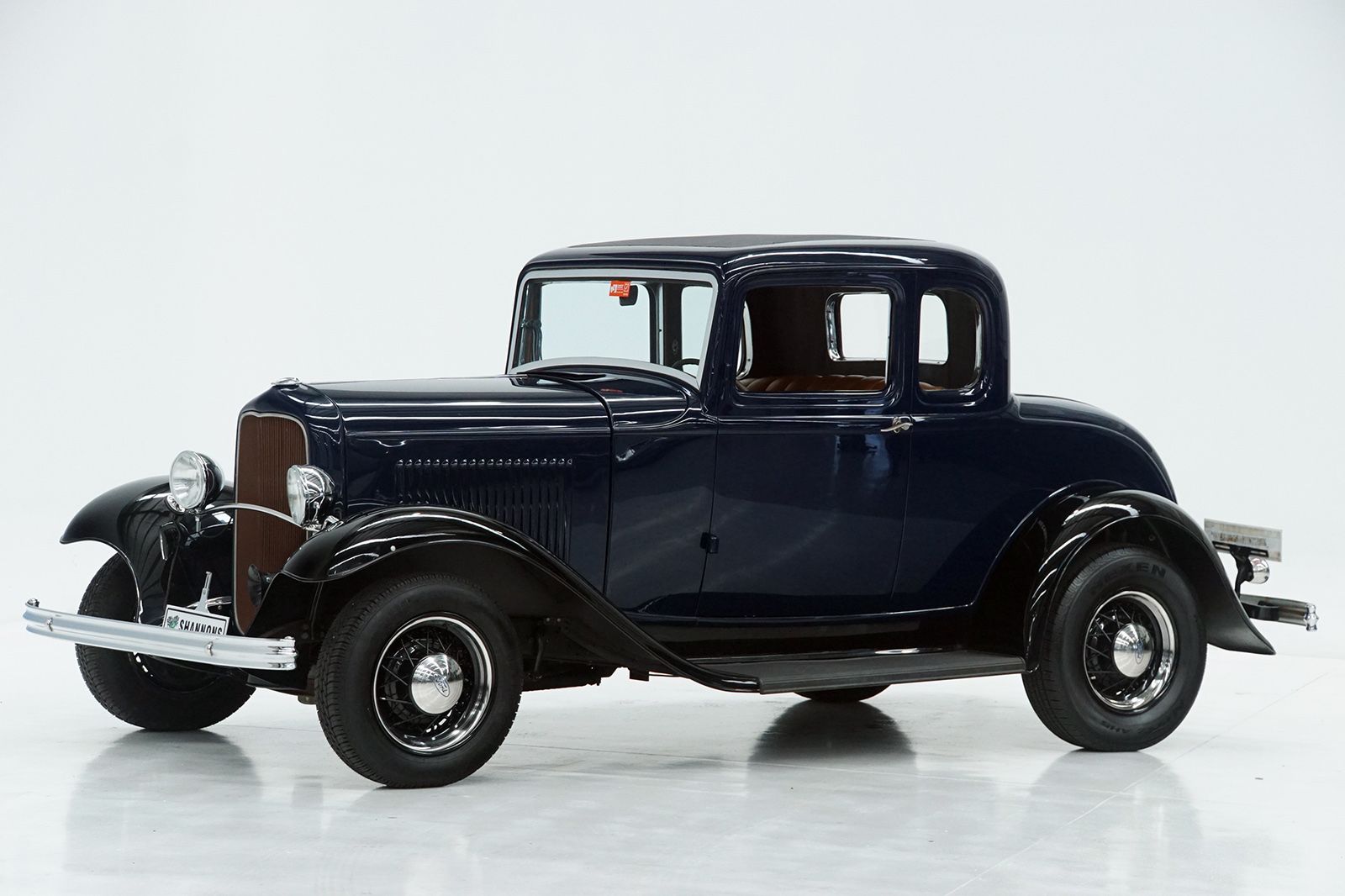 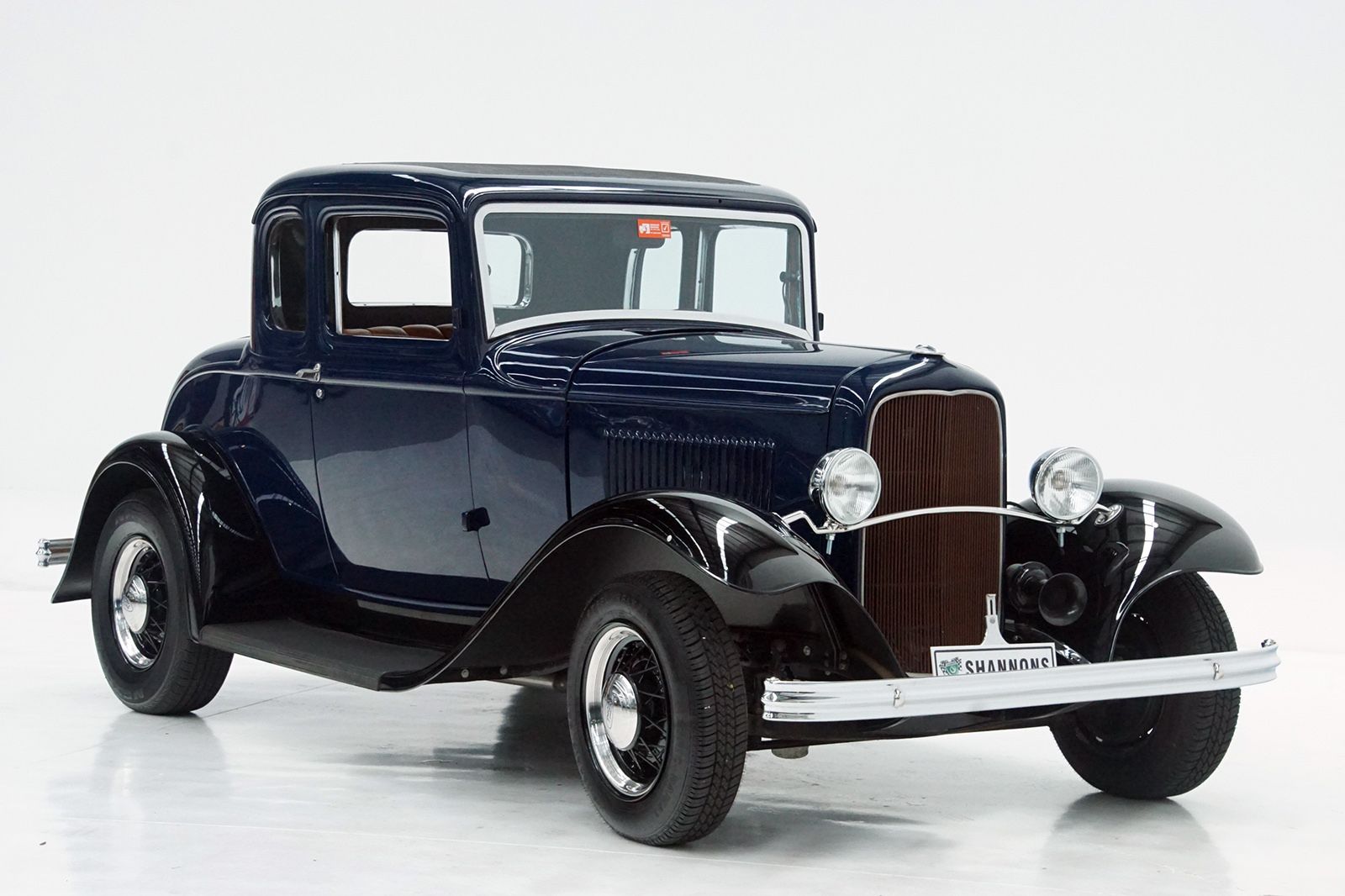 This factory steel-bodied 1932 Ford Model B 5-window coupe from the Estate of legendary Californian Hot Rodder, Harold Johansen, is expected to sell in the $50,000-$60,000 range.

The standout of this pair is a left hand drive Model B 5-window coupe built in the early ‘hot rod’ style that spent many years in Johansen’s private collection.

This very interesting old style hot rod is powered by Ford’s 201-cid four-cylinder engine, known colloquially as the “four banger” and is fitted with a very, rare Riley overhead valve cylinder head conversion, a Stromberg carburettor and custom headers and many other mechanical modifications too numerous to mention.

Mainly featuring 1932 Model B furniture inside and out, the coupe is an older restoration finished in royal dark blue paint with black guards, while inside there’s contrasting tan vinyl trim. 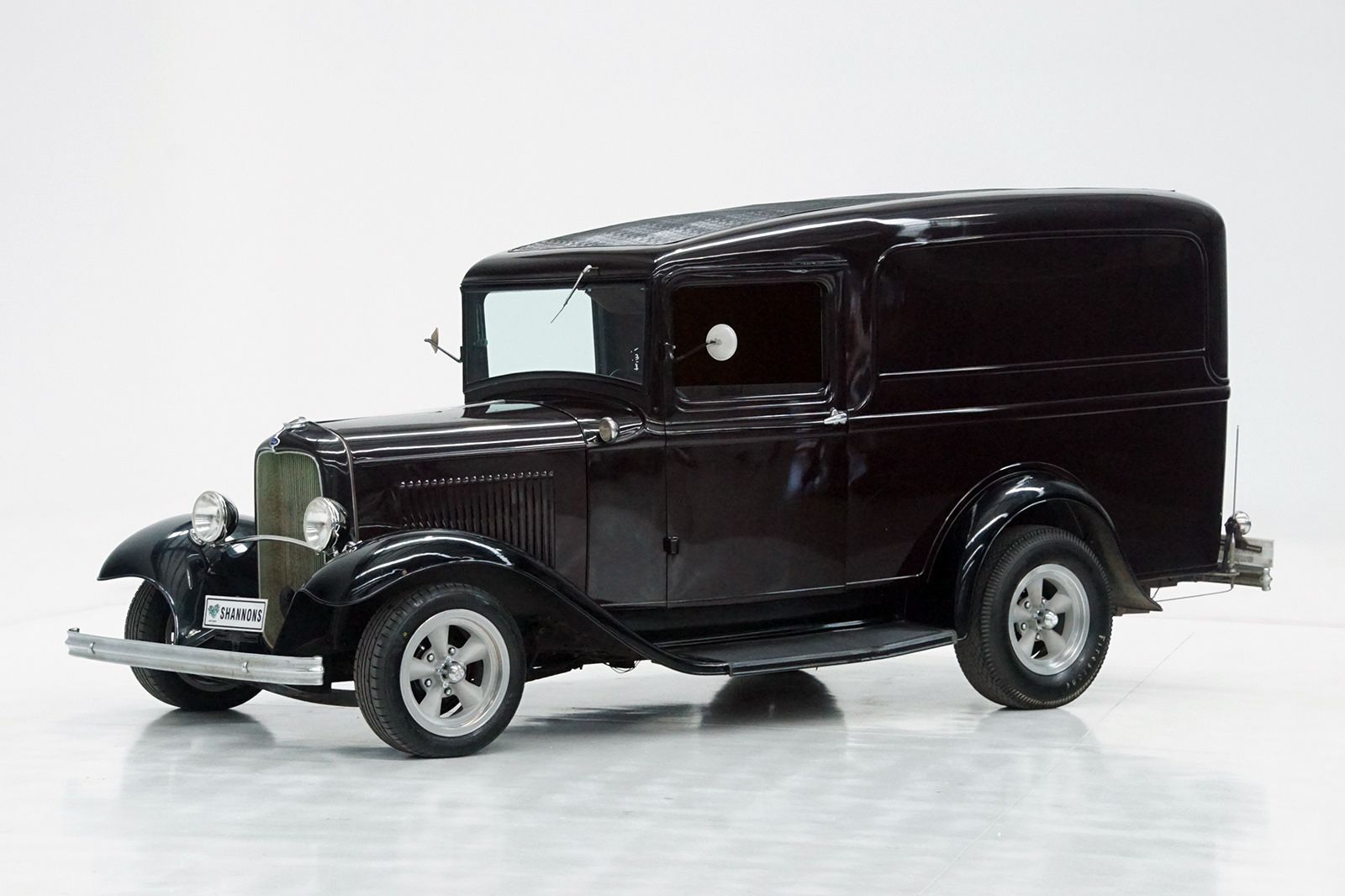 The other ‘32 Ford from Johansen’s collection is a raised-roof, left hand drive Model B Panel Delivery – possibly the only one in Australia.

Also running a four-cylinder engine, but fitted with a super-rare Cragar-Miller head and driving through a three-speed manual to a selectable, two-speed differential, the Ford sits on a set of period American racing five-spoke wheels, although the mudguard-mounted spare is a wire-spoke original.

With plenty of patina evident inside and out, this is a unique opportunity to purchase a very rare Ford with an even rarer period Cragar-Miller head. Shannons expect it to be in demand with ‘old skool’ hot rod enthusiasts and sell in the $30,000-$35,000 range. 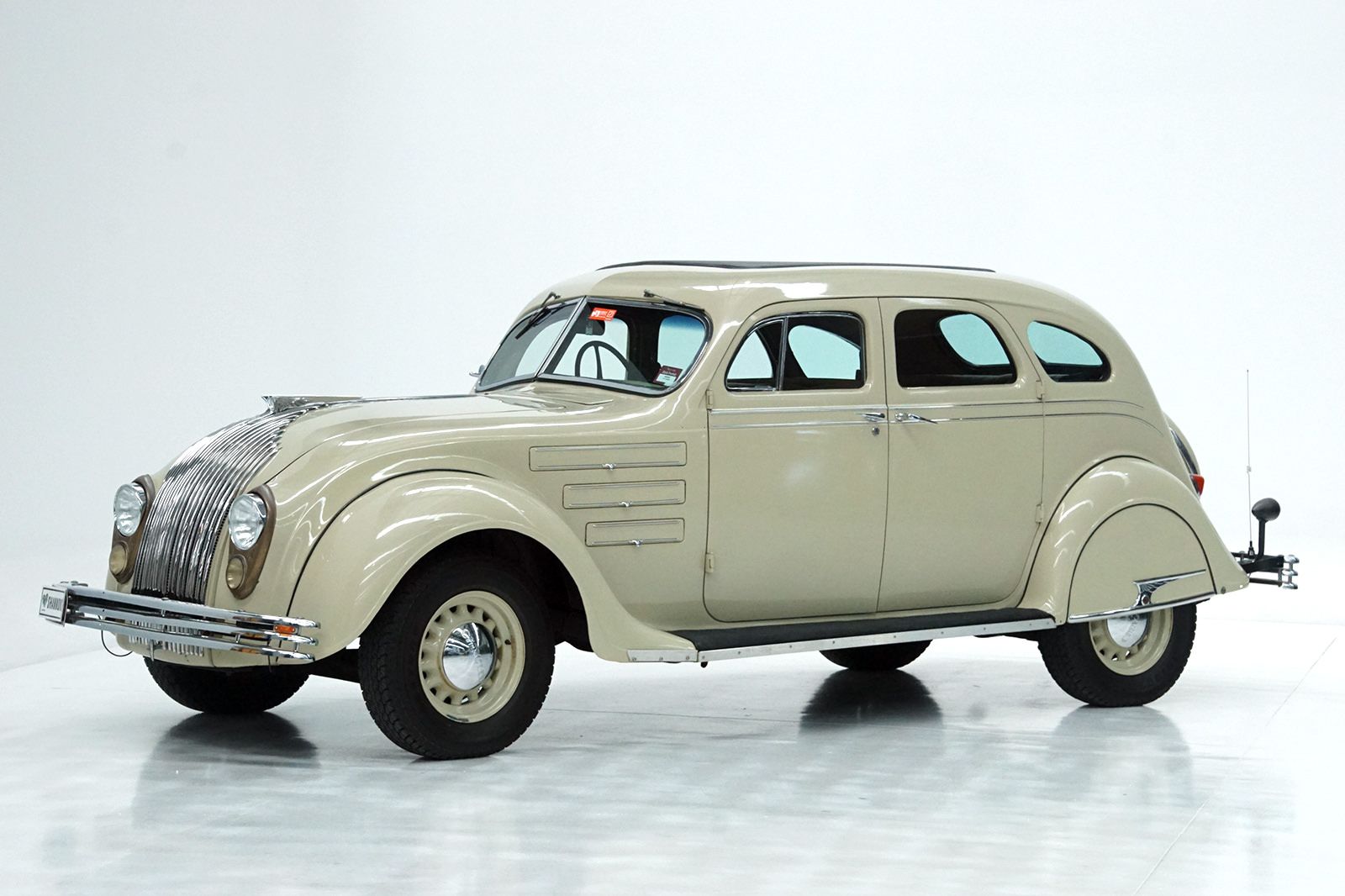 Those who appreciate the huge contribution that Chrysler’s Airflow made to automobile design, will be delighted to find a 1934 Chrysler Airflow CU 'Eight' four-door Sedan with great Australian history in the auction.

Described as 'The beauty of nature itself' by Chrysler's marketing gurus, the Airflow's aerodynamic shape was the result of extensive wind tunnel studies, while its 'cab-forward' design, with the engine positioned above the front axle to maximise interior space and its steel tube frame with welded-on steel panels predated unitary construction by some years.

By keeping the car's mass within the wheelbase the Airflow's passengers enjoyed a superior ride and the interior compartment had far more room than any of its contemporaries. Other notable design features included a boot accessible from inside the car and flush-mounted headlamps.

Originally sold through Lane’s Motors in Melbourne, this very rare Australian-delivered 1934 Chrysler Airflow has spent most of its life in two generations of single- family ownership.

Remembered for its participation in the 1953 REDex Round Australia Trial, in which it wore the number 1, the Airflow was subsequently restored for the rerun of the same event in 2003 and today remains in excellent condition throughout.

Because of the model’s significant contribution to automotive design and this example’s unique local history, the Airflow is expected to sell in the $40,000 - $60,000 range. 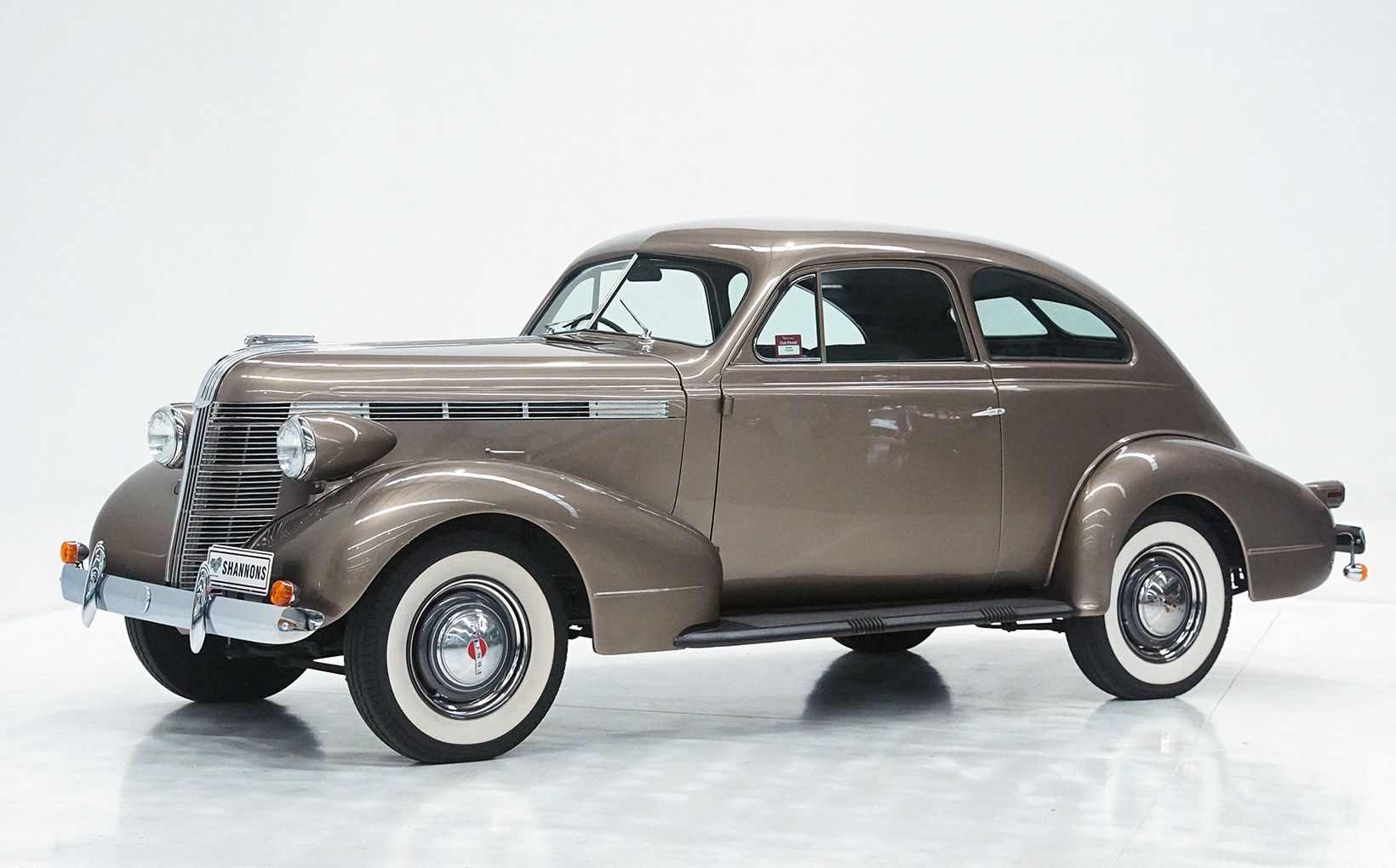 Another stylish 1930s vehicle in Monday’s auction is a right hand 1937 Pontiac 6DA Deluxe Sloper Coupe that was assembled in Australia with a Holden-built body.

One of just 166 made with this body style, the Sloper is said to have covered less than 1,000 miles since a comprehensive restoration and presents in great shape, with a sale expected in the $40,000 - $48,000 range.

All lots in the December 9 Melbourne Summer Auction lots are available for inspection at Shannons showroom, 40 Corporate Drive, Heatherton, from 9am-5pm Saturday and 10am-4pm Sunday, with Monday’s auction commencing at 7pm.