Tesla shakes up light-commercial segment with reveal of futuristic Cybertruck

Tesla has long considered itself an innovator in the automotive field, blazing a trail for electric vehicles while other mainstream manufacturers lag behind with internal-combustion powertrains.

Only now are we seeing those brands join the EV party with models like the Mercedes-Benz EQC, Hyundai Kona Electric, Audi e-tron and Jaguar I-Pace, but as the number of electric SUVs grow, Tesla has moved on to the worksite with its own all-electric pick-up.

Unveiled in front of investors and fans at an event in Southern California last month, the American innovator revealed its jaw-dropping Cybertruck pick-up, whose retro-futuristic design marks a new direction so far unseen in the light-commercial vehicle segment. 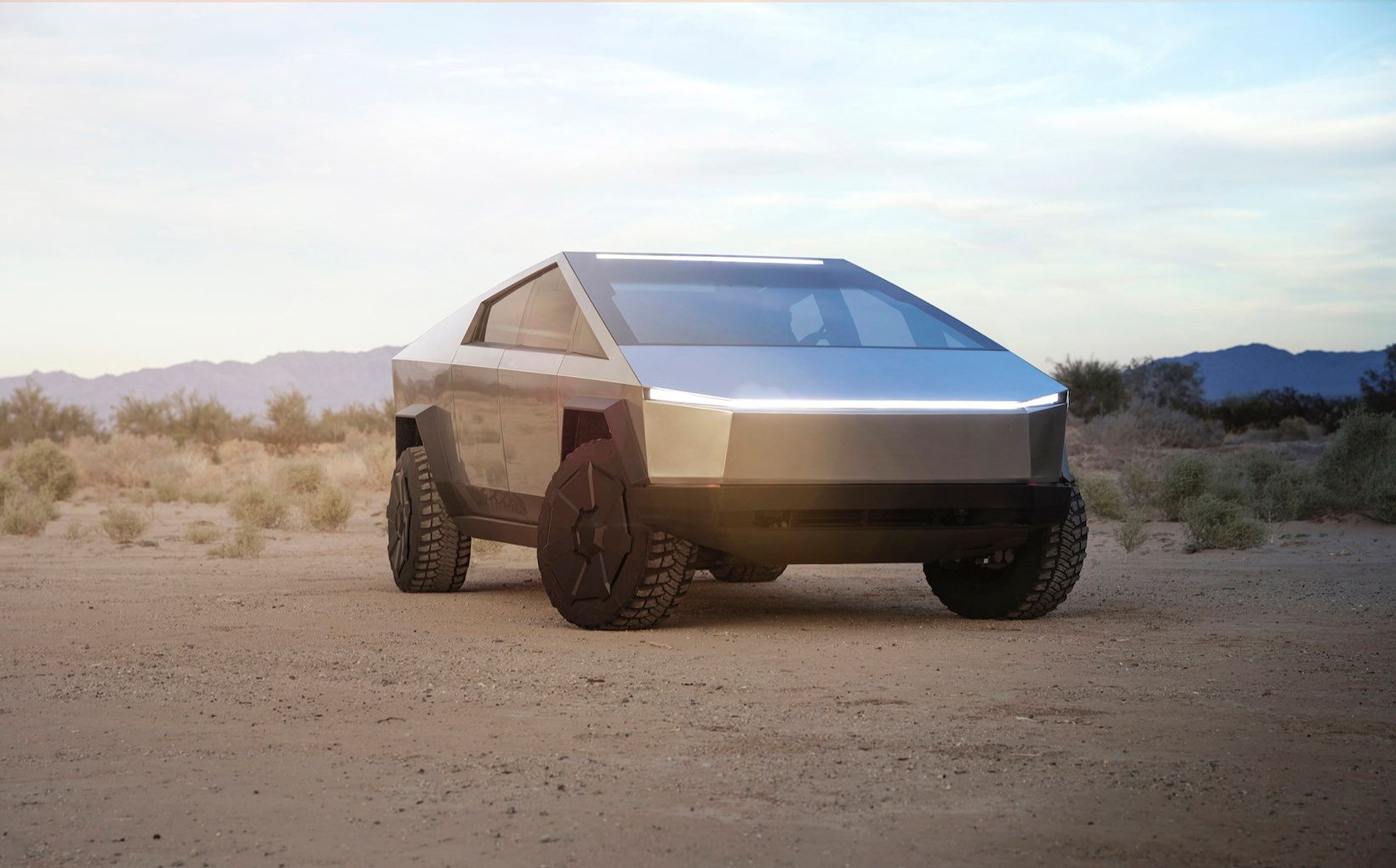 The Tesla Cybertruck marks a vastly different design direction for the American EV manufacturer with an angular exterior style.

Styled in a way that designers from the 1980s might have thought vehicles in the future may look, the Cybertruck is all blocky angles and straight edges, starting with a brutalist front end that gives it a tough on-road look.

A thin LED strip runs across the entire front fascia to comprise the headlight cluster, while its all-electric powertrain means there is no need for a grille, with a silver-and-black front bumper and fascia taking its place instead. 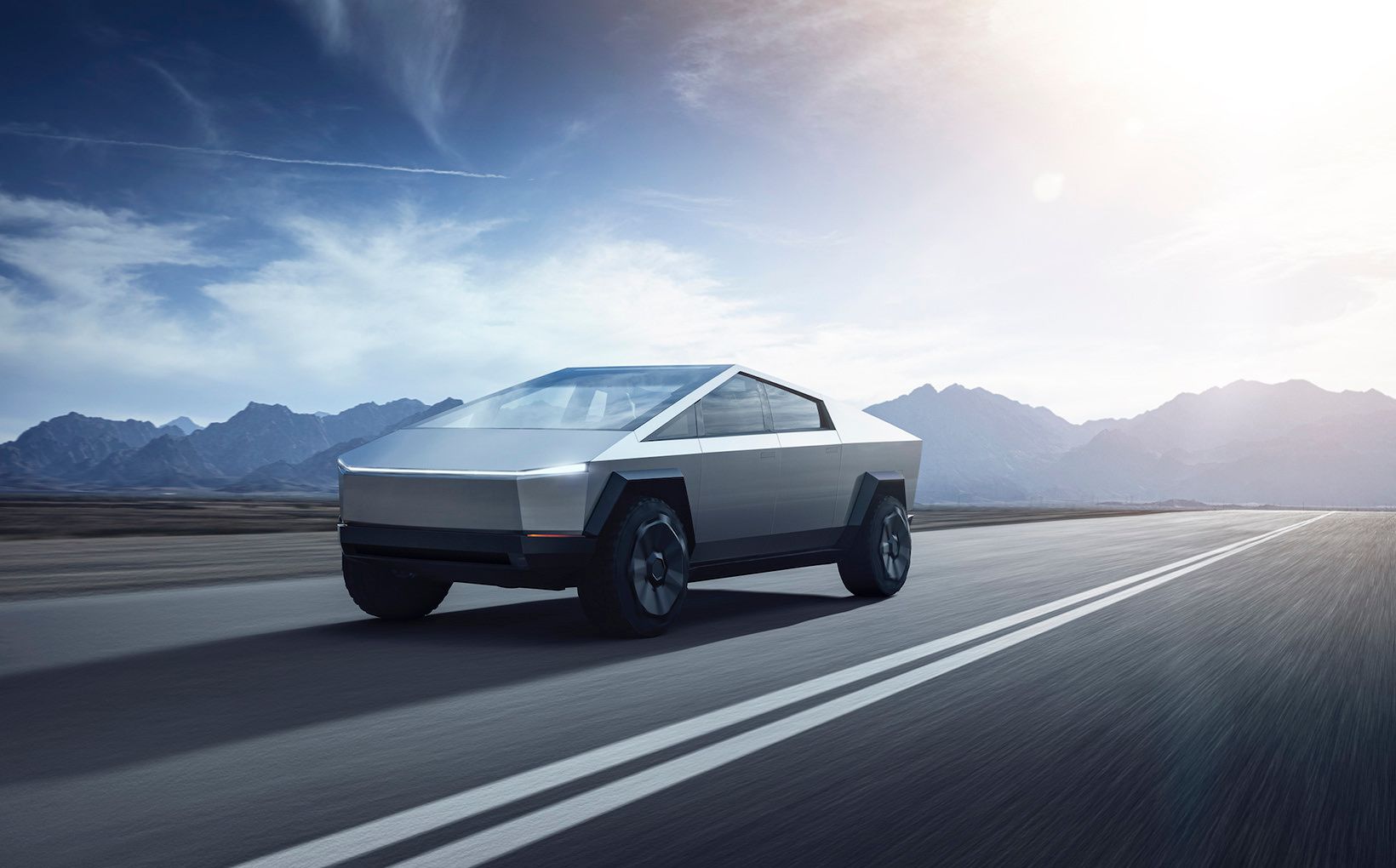 The Cybertruck’s design looks like something out of an 80’s sci-fi movie with its sharp angles and minimalist style.

Semi-hexagonal wheelarch flares cover the off-road tyres and slab-like black alloy wheels, while the brutish, minimalist look continues at the rear with a flat tailgate and straight tail-light signature that mirrors the front-end look.

The silver exterior of the Cybertruck is not paint but actually a stainless steel exoskeleton – made of the same material in the SpaceX Starship prototype – which Tesla says helps avoid damage and corrosion, although Tesla might have a fight on its hands trying to Pass Australian Design Rules regulations.

Aiding protection are windows made from Tesla’s glass and polymer-composite armour glass, which is designed to absorb and redirect impact force, however a demonstration at the unveiling proved a failure when a rock thrown at the window went straight through the glass. Oops! 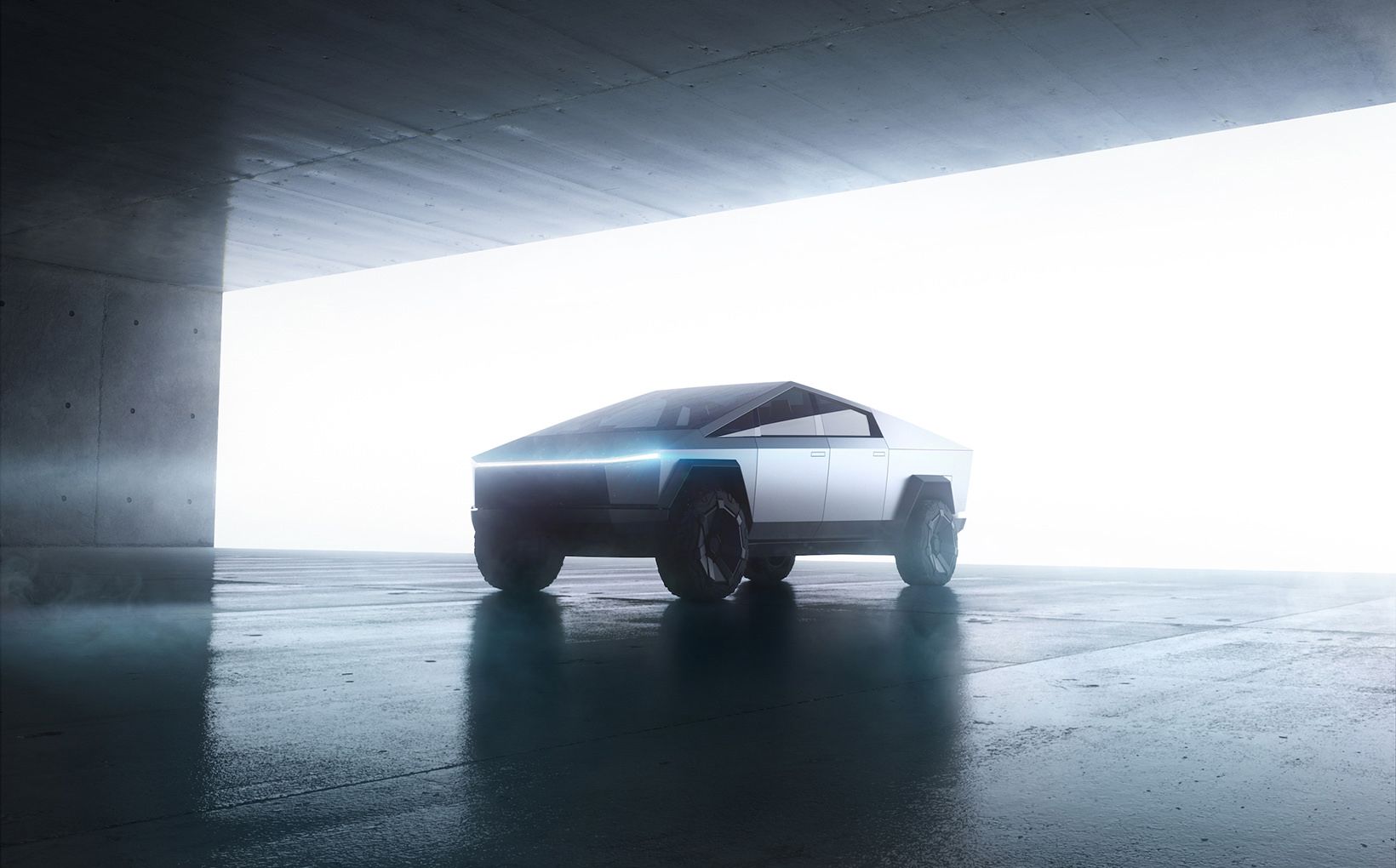 The Cybertruck’s exterior is made of a stainless steel exoskeleton which the brand says helps eliminate panel damage and rust.

The dual-cab Cybertruck features seating for six occupants with two rows of bench seats, while the 1981mm-long load bed combines with a storage compartment in the front of the vehicle for a combined capacity of 2832 litres.

Owners can secure their load with a lockable storage cover, while loading cargo is made easier by adaptive air suspension on all four corners which can raise or lower vehicle height by up to 100mm.

For off-road enthusiasts, the Cybertruck will feature approach and departure angles of 35 and 28 degrees respectively, while ground clearance measures up to 406mm. 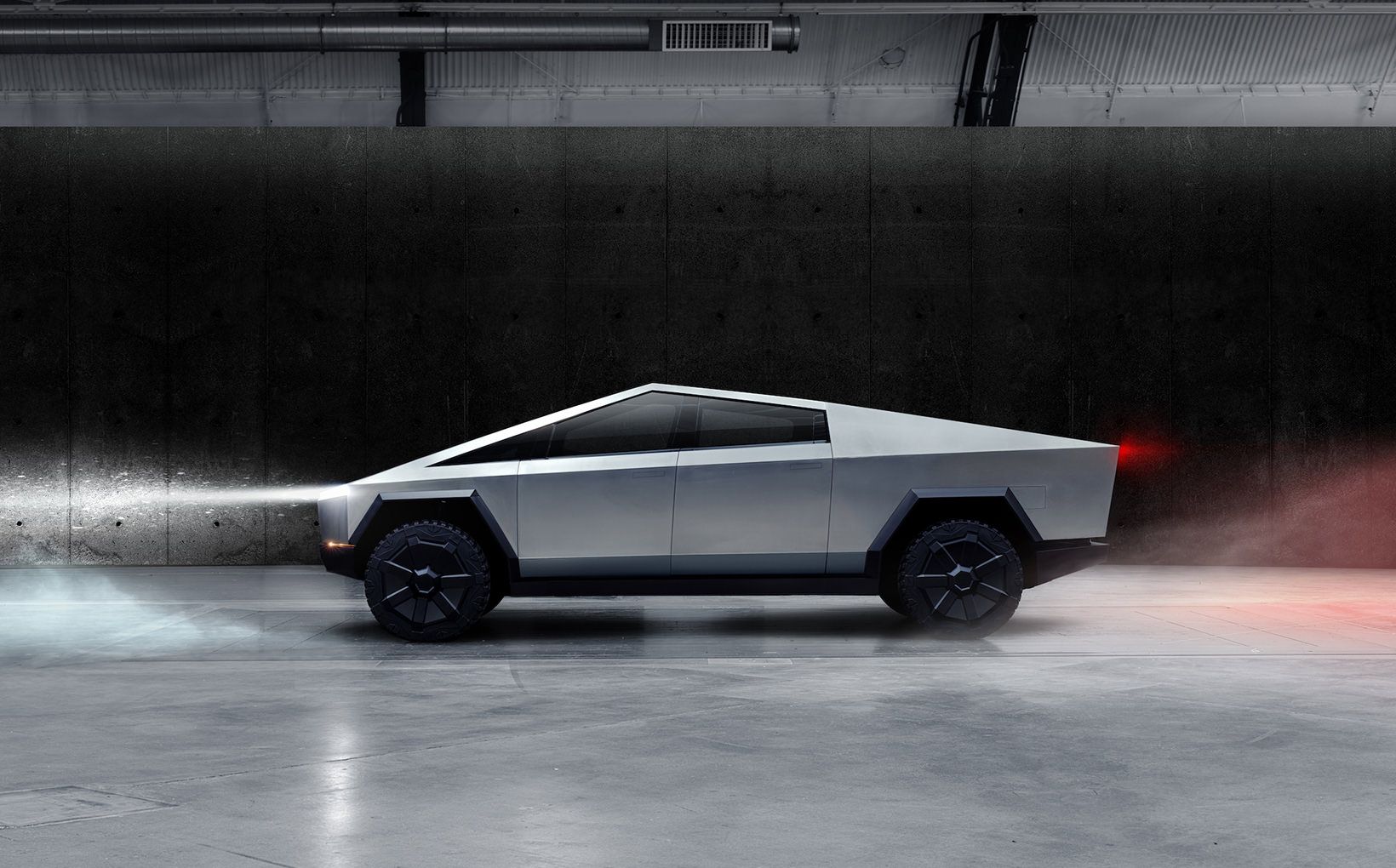 Up to 2832 litres of storage is available through two separate compartments.

Tesla CEO Elon Musk said on Twitter that out of the 200,000-plus pre-orders for the Cybertruck, 42 per cent are for the mid-spec dual-motor, followed closely by the tri-motor at 41 per cent and lastly the rear-drive single-motor at 17 per cent.

Power outputs for the three engine options have not yet been detailed, however Tesla is claiming the Cybertruck tri-motor will feature a driving range of more than 500 miles (805km), while being capable of towing a hefty 6350kg. 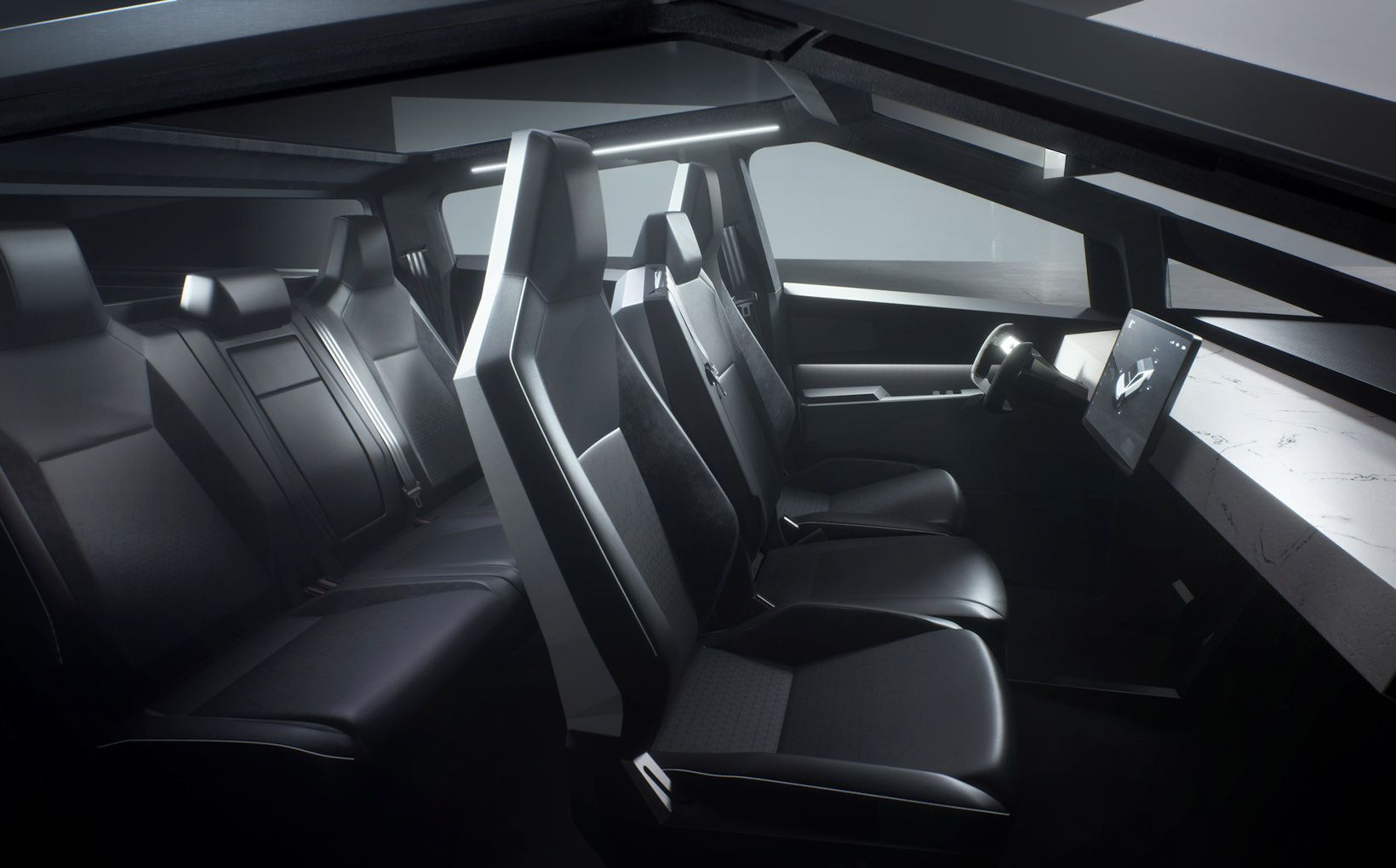 The dual-cab pick-up features seating for six, and will offer a 17-inch touchscreen.

Unsurprisingly, the tri-motor is also the quickest of the lot, with the hulking ute able to shift from standstill to 100km/h in a supercar-scaring 2.9 seconds – safe to say it will be the quickest pick-up at the worksite! The dual-motor takes 4.5s to reach the landmark figure, with the single-motor taking 6.5s.

Interior details are still fairly thin on the ground, however the Cybertruck will feature a huge 17-inch touchscreen to go with its six-seat cabin layout. 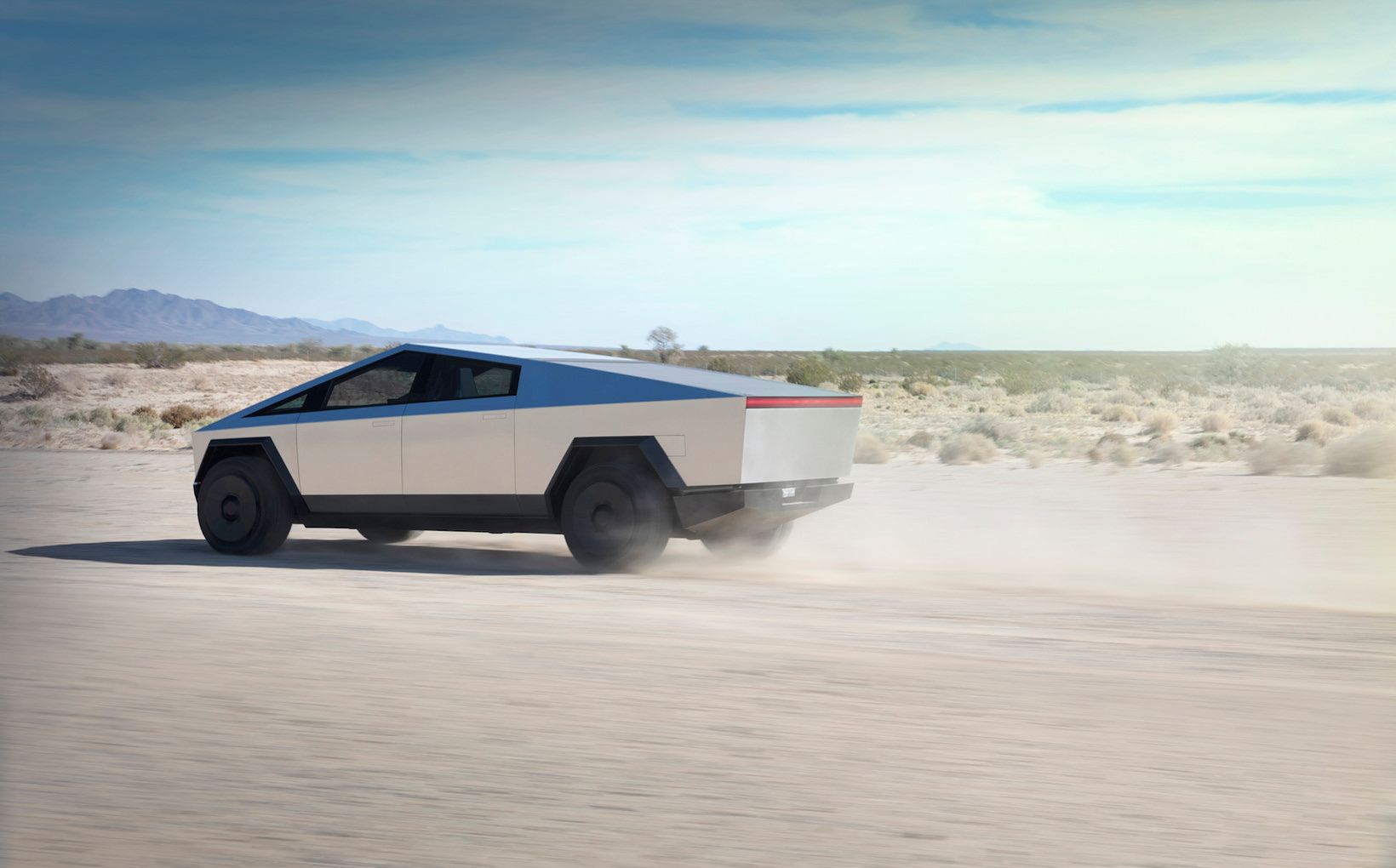 Using the tri-motor set-up, the hulking Cybertruck will be able to race from standstill to 100km/h in just 2.9 seconds.

While the Cybertruck has no true EV competitors, its sheer size and towing ability would make it a greener alternative to the Ram 2500, which can tow nearly seven tonnes with its gooseneck towing hitch, and produces an earth-moving 276kW/1084Nm from its Cummins 6.7-litre inline six-cylinder turbo-diesel engine. 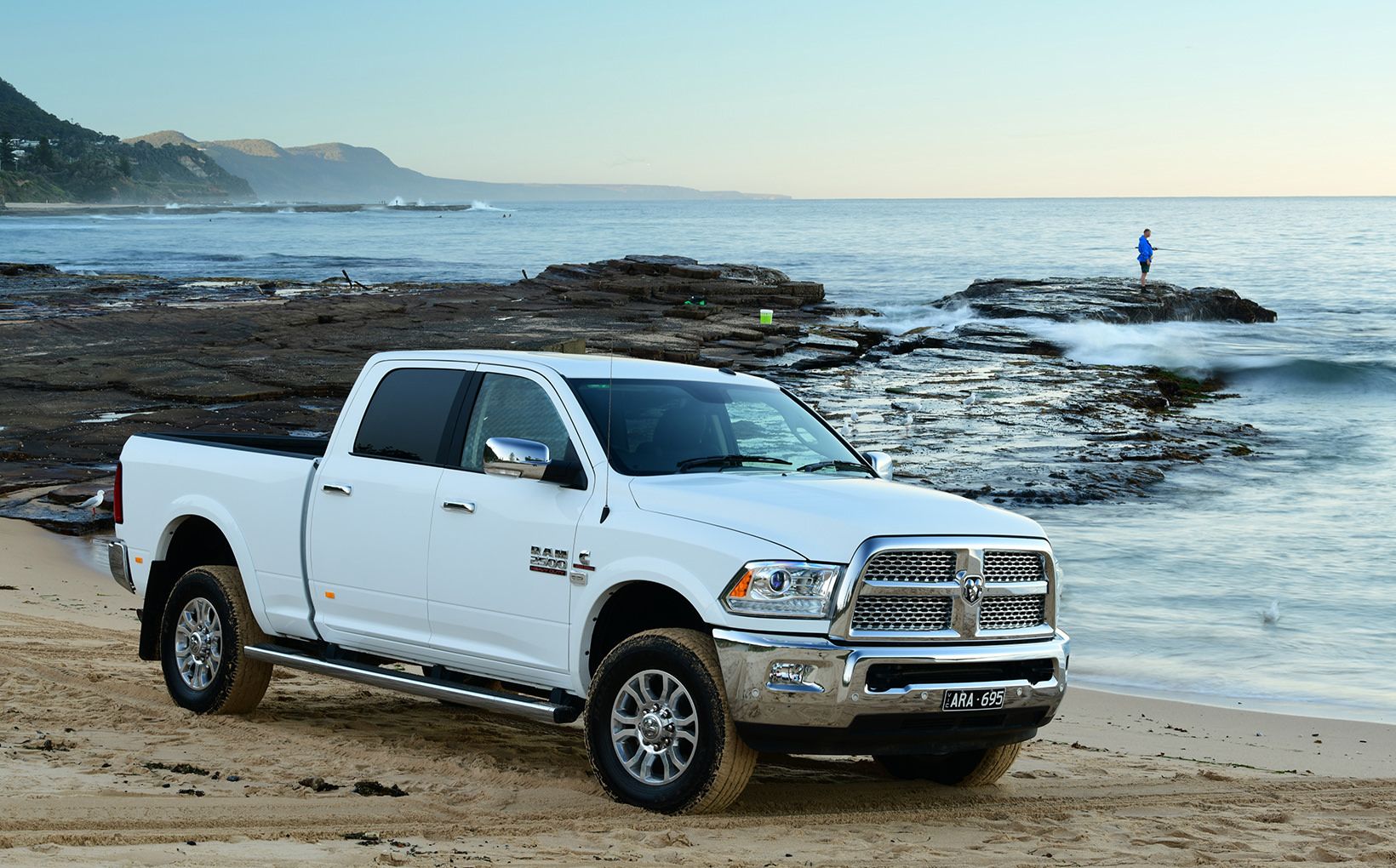 The closest current rival for the Cybertruck is probably the Ram 2500, which costs $139,950 plus on-roads.

The Cybertruck is a vast departure from the rest of Tesla’s model range, which currently consists of the entry-level Model 3 medium sedan, Model S large sedan and Model X large SUV.

Always a trailblazer, the Cybertruck is just the next in a line of innovations from Tesla, and we can’t wait to see the zero-emissions hauler rocketing along Australian streets.

Protect your Tesla. Call Shannons Insurance on 13 46 46 to get a quote today.

Does the Mitsubishi Mi-Tech Concept preview the ne...