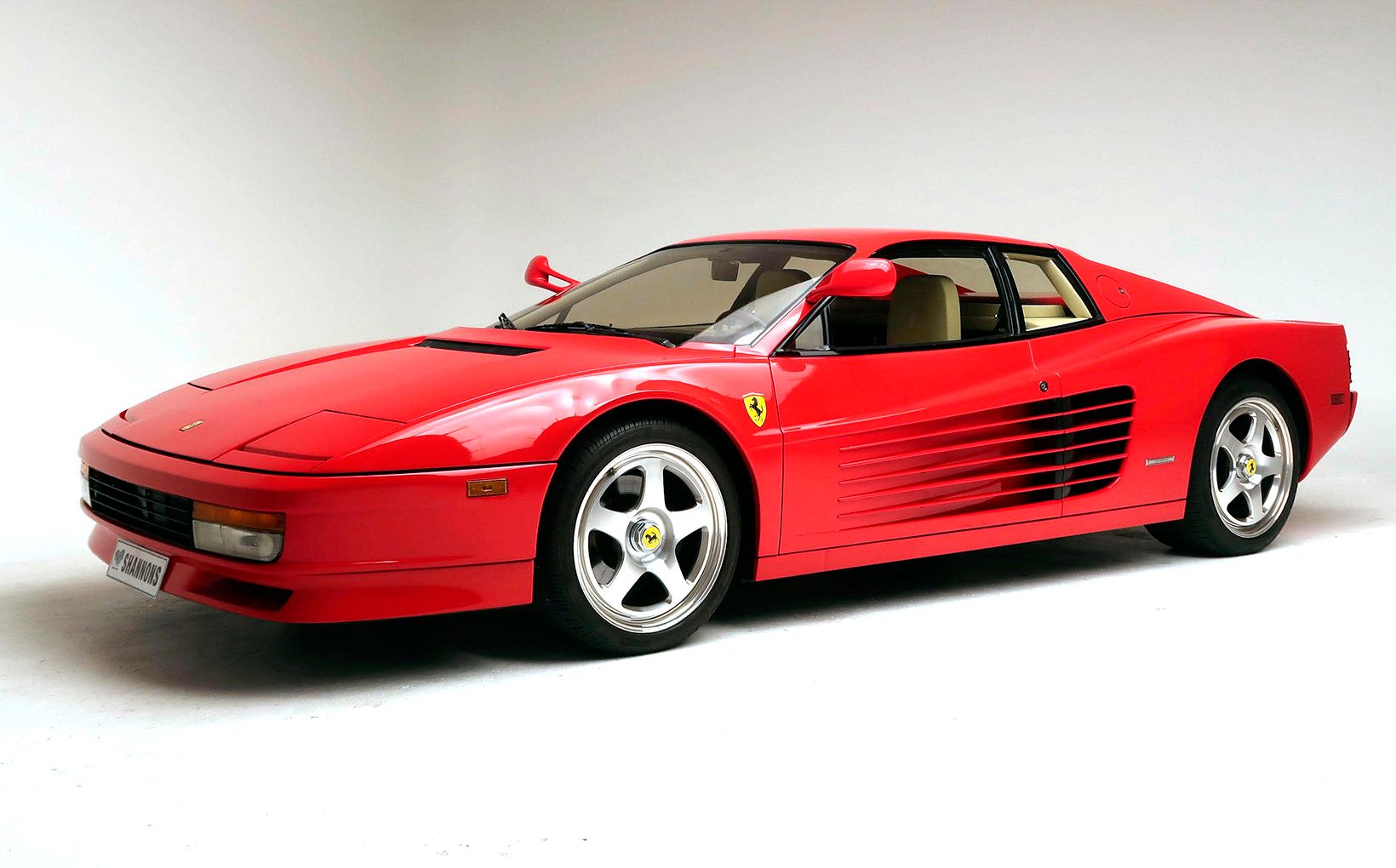 The cream of British and European sporting marques is crossing the block at Shannons Sydney Winter Auction on August 26, with famous nameplates like Ferrari, Fiat Dino, Jaguar, Porsche and Sunbeam Tiger amongst the vehicle lots.

Replacing the ageing Boxer, Ferrari's flagship for the ‘80s was the flat 12-cylinder, mid-engined Testarossa that took the fight up to Lamborghini's Countach and became the ‘poster car’ for every teenage boy.

The Testarossa landed in West Australia 11 years ago with just 49,600 miles on the odometer and has always been garaged since its full local exterior and interior cosmetic restoration.

While it starts and runs well, the Ferrari has enjoyed limited use in the vendor’s hands, making it enormously appealing for someone to invest in the pinnacle of classic Ferrari ownership. 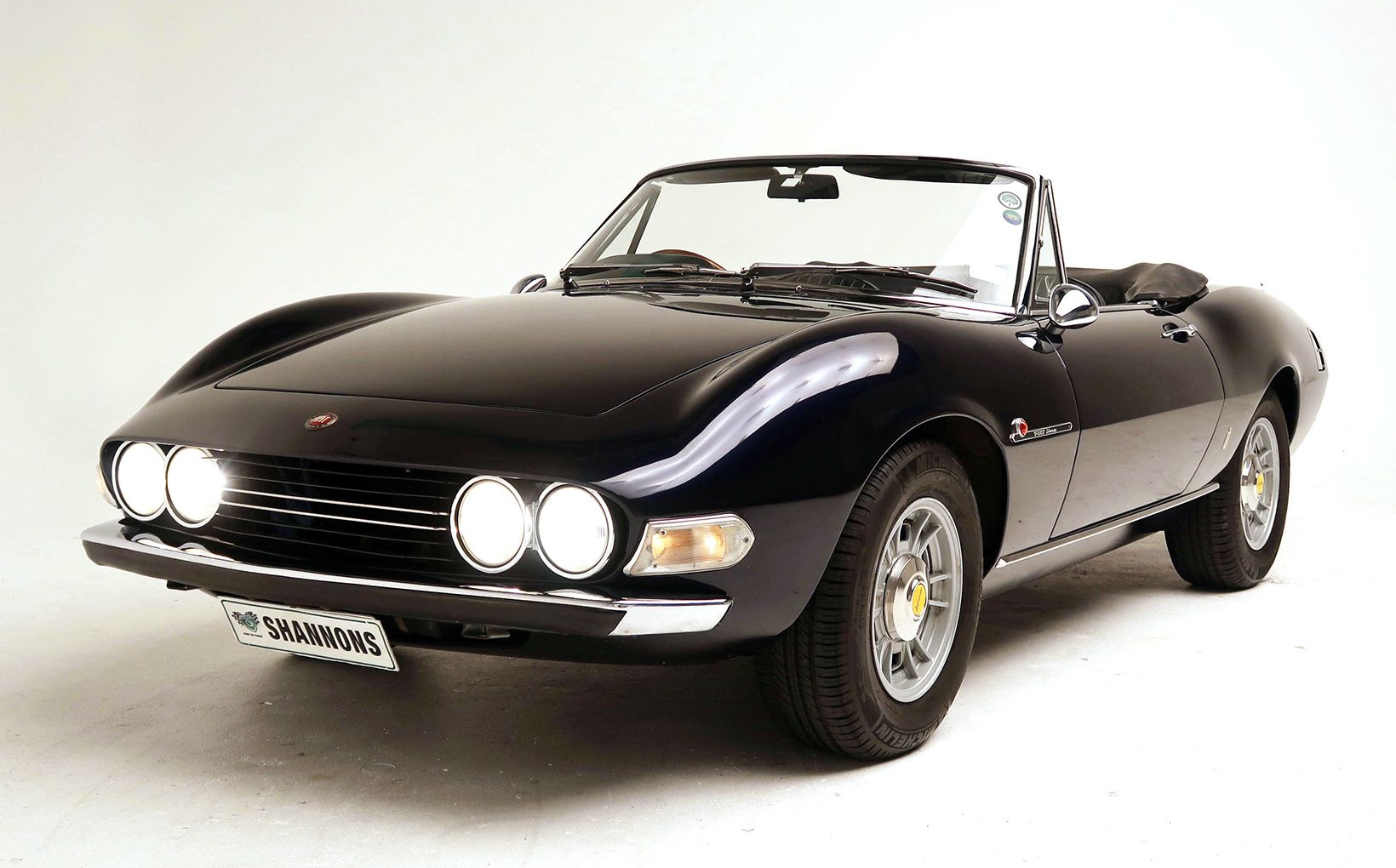 Also fitted with a Ferrari engine is fabulous and beautifully restored 1971 Fiat Dino 2400 Spyder – one of a three 2.4 litre examples known to be in Australia and the only Spyder here in right hand drive.

First registered in Rome, this fabulous Fiat Dino Spyder is one of the ultimate versions fitted with the new 2418cc V6 engine as the Ferrari 246 Dino, with the two cars built alongside each other in Ferrari’s Maranello factory.

Arriving in Australia circa 1980/81, the Dino was then converted to right-hand drive as part of a ground-up restoration in the early 2000s that included a colour change from the original orange to an elegant shade of dark metallic blue, while the interior was professionally retrimmed in black leather.

The Dino has been a familiar sight at various club events around Sydney over the past 20 years and represents a rare opportunity to acquire what is for many enthusiasts the ultimate Fiat and one of the best-looking Italian cars ever made.  It is expected to sell in the $150,000-$170,000 range. 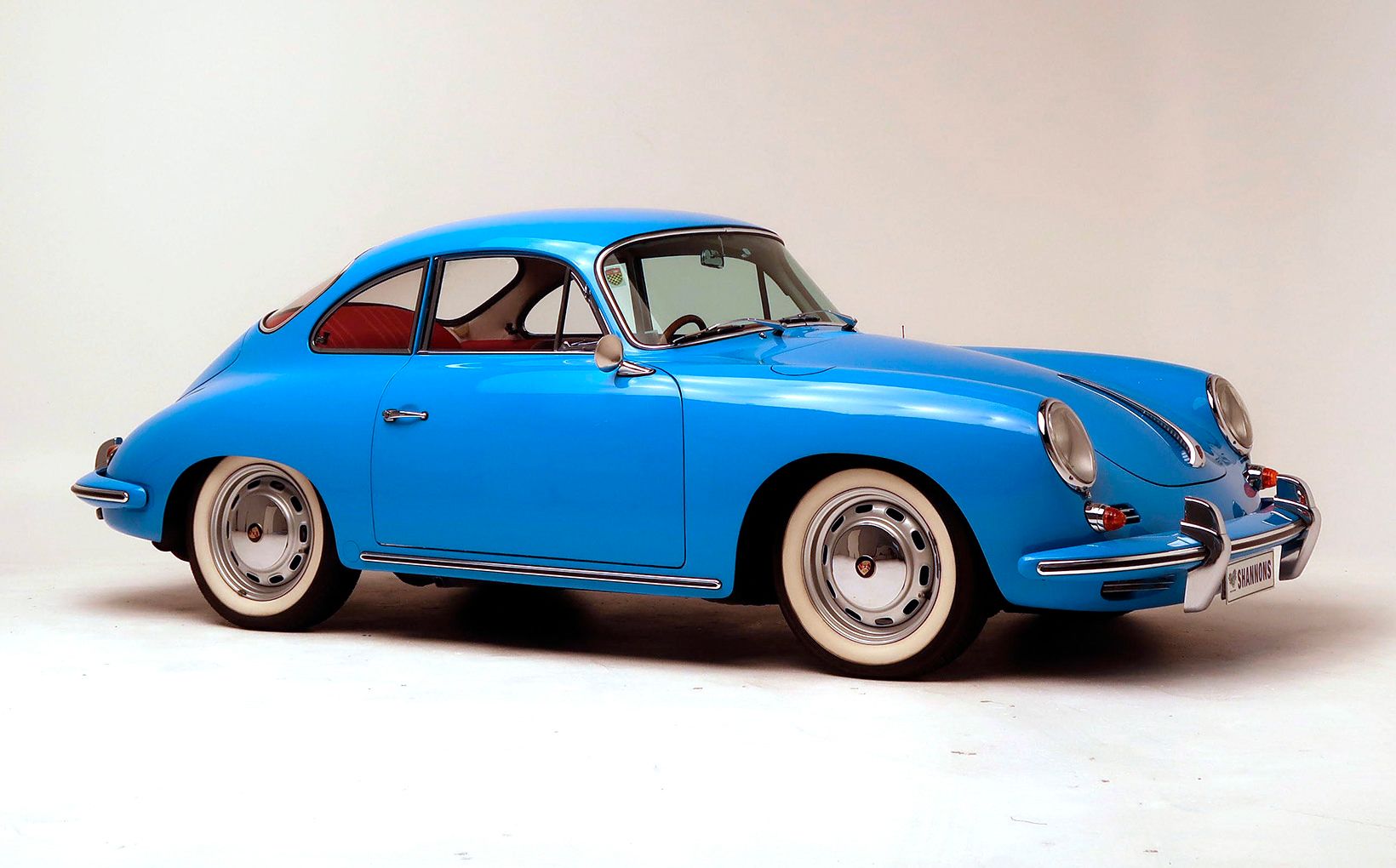 One of the other highlight vehicles is a lovely and very desirable 1963 Porsche 356SC Coupe finished in the unusual colour combination of Pastel Blue with contrasting red leather upholstery.

Delivered via the Hamburg Porsche dealer to an American Air Force pilot who later took the car home, this stunning Porsche 356 is the more desirable SC model, featuring the upgraded and more powerful 616/16 engine.

Coming to Australia some years ago as a virtually rust-free California car, the Porsche was treated to a no expense spared ground-up restoration by Adelaide’s Mark Poole Motorsports that was completed by early 2006.

Little used over the next five years, the Porsche was a regular fixture at club events and won a number of trophies and awards before being purchased by its current Sydney owner eight years ago. 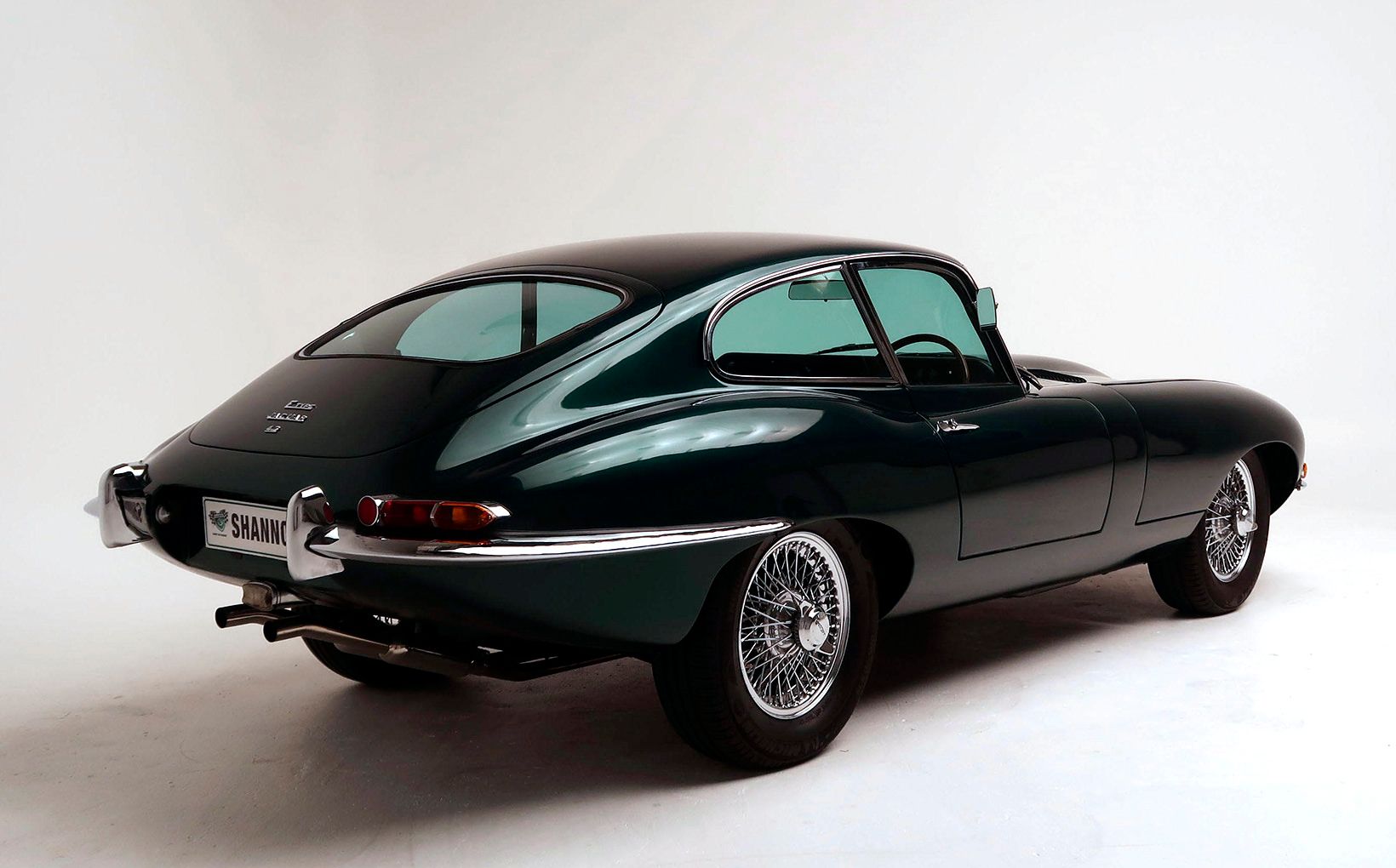 This matching numbers 1967 Jaguar E-Type that was treated to a ground-up cosmetic and mechanical restoration in the early 2000s is expected to sell for $145,000 - $165,000 at Shannons Sydney Winter Auction on August 26.

Originally a left-hand drive car, the matching numbers E-Type in the auction arrived in South Australia in 2002 and was then treated to a ground-up cosmetic and mechanical restoration over the next decade that included refinishing it in the period correct combination of Opalescent Dark Green with matching upholstery.

The current Sydney owner has since invested further time and money improving the Jaguar for reliable club and weekend use. This has included the installation of period-correct, under-dash air conditioning and a stainless-steel exhaust.

Another great Jaguar in the auction is a lovely and well-sorted 1956 Jaguar XK140 Fixed-Head Coupé originally built for the American market, but exhaustively restored from the ground up in Sydney and now fitted with a 3.4-litre XK150 motor upgraded to ‘S’ configuration and a four-speed close-ratio gearbox from a XK150S amongst other sensible mechanical improvements. It is expected to sell in the $75,000-$95,000 range. 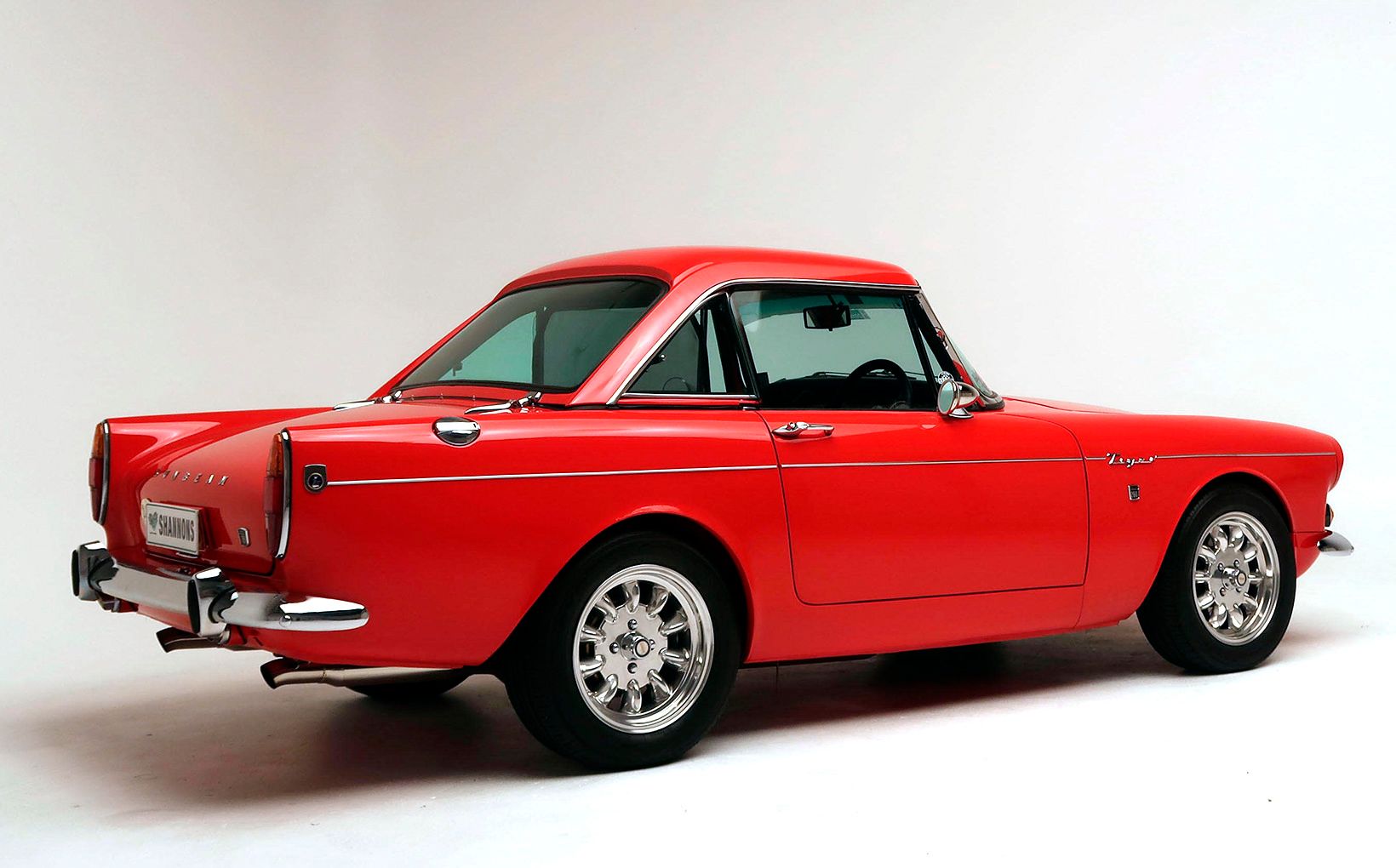 This original right-hand drive 1965 Sunbeam Tiger Mk 1 Roadster from the estate of the late Charles Seaberg is expected to sell in the $100,000-$120,000 range at Shannons Sydney Winter Auction on August 26.

Other significant British and European sporting classics include a stunning, multiple trophy-winning and original right-hand drive Anglo-American 1965 Sunbeam Tiger Mk 1 Roadster from the estate of the late Charles Seaberg - rated by the Sunbeam Owner’s Club of NSW as the ‘very best in Australia’.