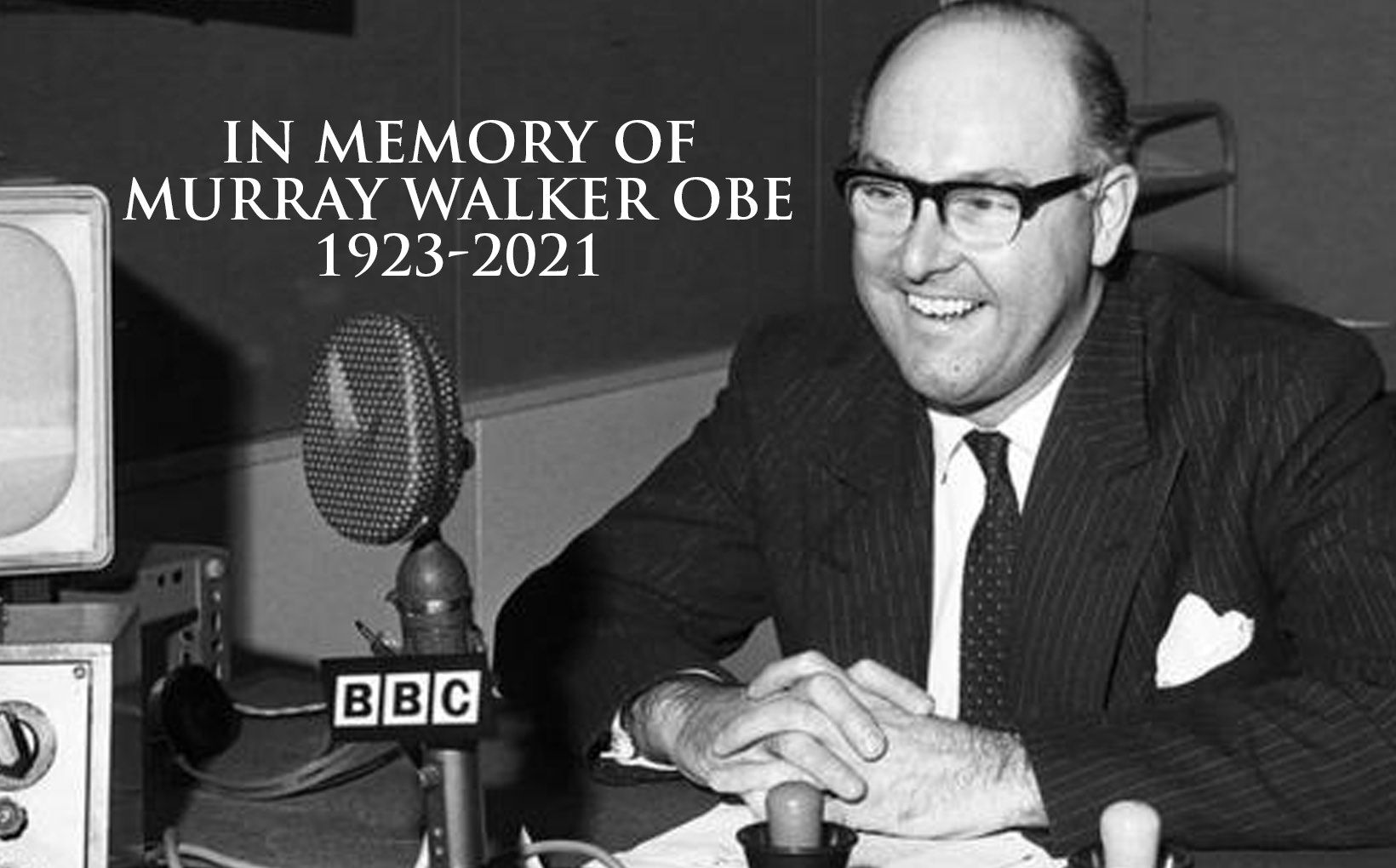 The Shannons Club was saddened to hear of the recent passing of ‘The voice of Formula One’ Murray Walker. He was 97. 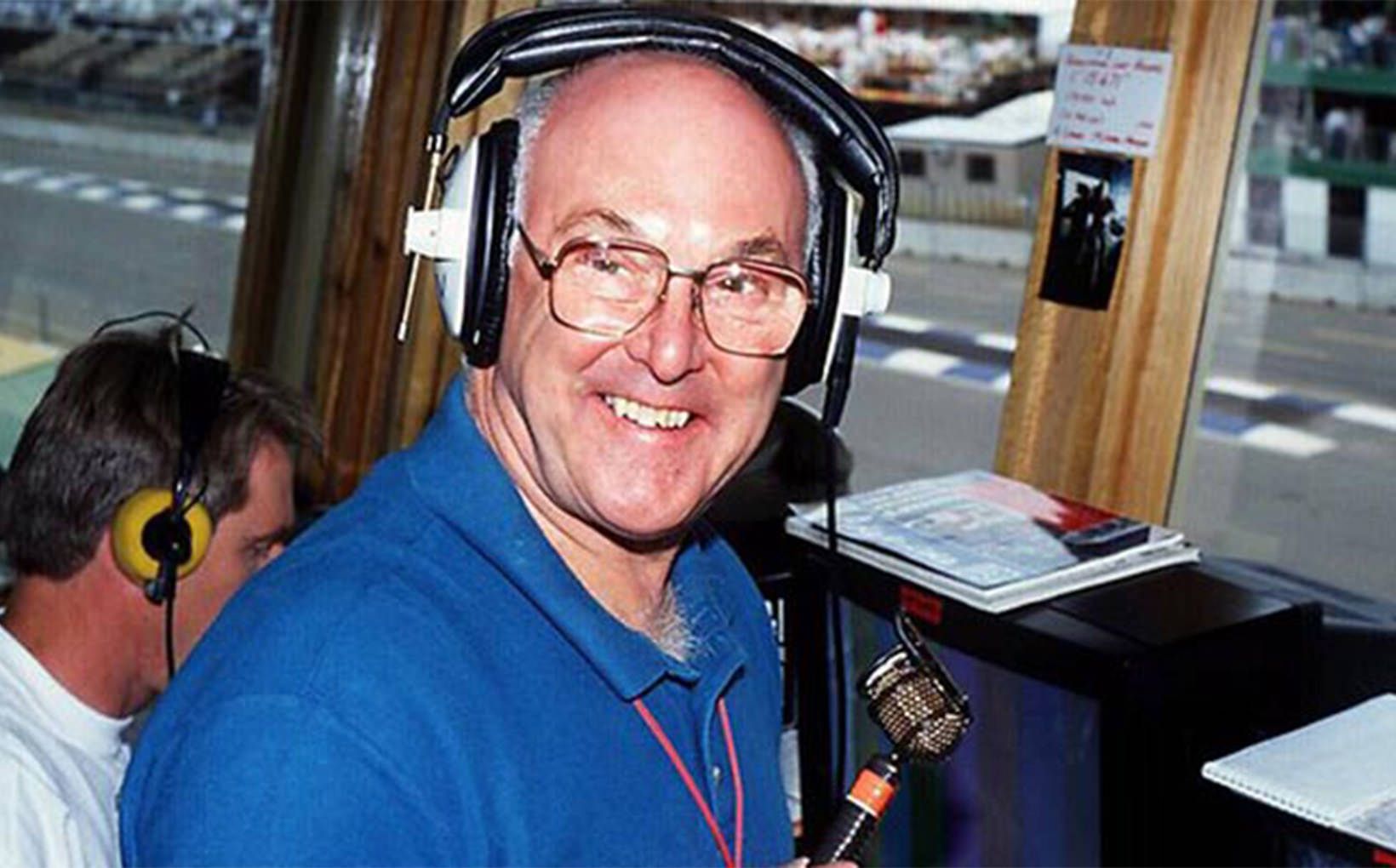 From 1978 the bubbly Englishman anchored F1’s television commentary for the UK and most English-speaking audiences around the world for 23 years, firstly with the BBC and later ITV.

During that time he built a fanatical following and became as big an F1 name as many drivers and team owners, with his unbridled enthusiasm and unintentionally humorous slip-ups or ‘Murrayisms’ which made his commentary unique and endearing. There are too many Murrayisms to list here, he had so many, but here’s ten of the best:

“The car out in front is unique, except for the one behind it which is identical”

“And the first five places are filled with five different cars”

“Either that car is stationary or it’s on the move”

“I imagine the conditions in those cars are totally unimaginable”

“Only a few more laps left and then the action will really begin, unless this is the action, which it is”

“And now excuse me while I interrupt myself!”

Motor racing had a profound effect on Graham Murray Walker (his full name) from an early age. His father Graham was a talented motorcycle racer who represented several iconic British marques including Norton, before the outbreak of war in Europe in 1939. Murray served in the British Army, attaining the rank of
captain and commanding a Sherman tank crew during the Battle of the Reichswald with the 4th Armoured Brigade.

Murray left the military after the war and, inspired by his father’s pre-war exploits, started motorcycle racing albeit with limited success against rivals the calibre of John Surtees. However, after switching to cross-country motorcycle trials Walker excelled, taking gold at the International Six Days Trial.

His father’s love of motorcycle racing evolved into live radio broadcasting of events for the BBC, so again Murray followed in his dad’s footsteps and made his radio commentary debut at the 1949 British Grand Prix. The father-and-son commentary team became a regular BBC fixture until Graham’s death in 1962, when Murray became the BBC’s lead motorcycle racing commentator.

He also did occasional Formula One calls until James Hunt’s dramatic victory in the 1976 world championship saw F1’s popularity skyrocket in the UK, prompting the BBC to provide coverage of all F1 championship rounds from 1978 with Walker again anchoring the commentary. Behind the scenes he juggled this weekend work with full-time employment in the advertising industry, with which he remained involved long after gaining TV fame.

During the 1980 F1 season, Walker was joined by the then recently-retired James Hunt and until the world champion’s untimely death from a heart attack in 1993 (Hunt was only 45) they made an extremely popular team. Viewers enjoyed a wonderful contrast between Walker’s highly animated blow-by-blow descriptions and Hunt’s more laid-back pragmatic analysis, in which he pulled few punches when criticising drivers and teams.

Hunt was replaced by British former F1 driver Jonathon Palmer from 1993 to 1996 before the UK’s F1 television rights and Walker switched to ITV. Murray’s new co-commentator was another British ex-F1 driver in Martin Brundle, who partnered Walker until his retirement from the F1 call in 2001.

Walker’s high-energy presentation also played a key role in the global popularity of the British Touring Car Championship for 2.0 litre Super Tourers throughout the 1990s. He also commentated on rallying, rallycross, motocross and other sports which are too numerous to list here.

Needless to say, his was a huge body of work that informed and entertained audiences around the world for decades, which was acknowledged in 1996 when he was appointed an OBE for services to broadcasting and motor sports. Murray Walker’s legacy is enormous and thanks to YouTube and other platforms, examples of his work will continue to be enjoyed. To his family, many friends and millions of adoring fans, Shannons Club extends its sincere condolences.