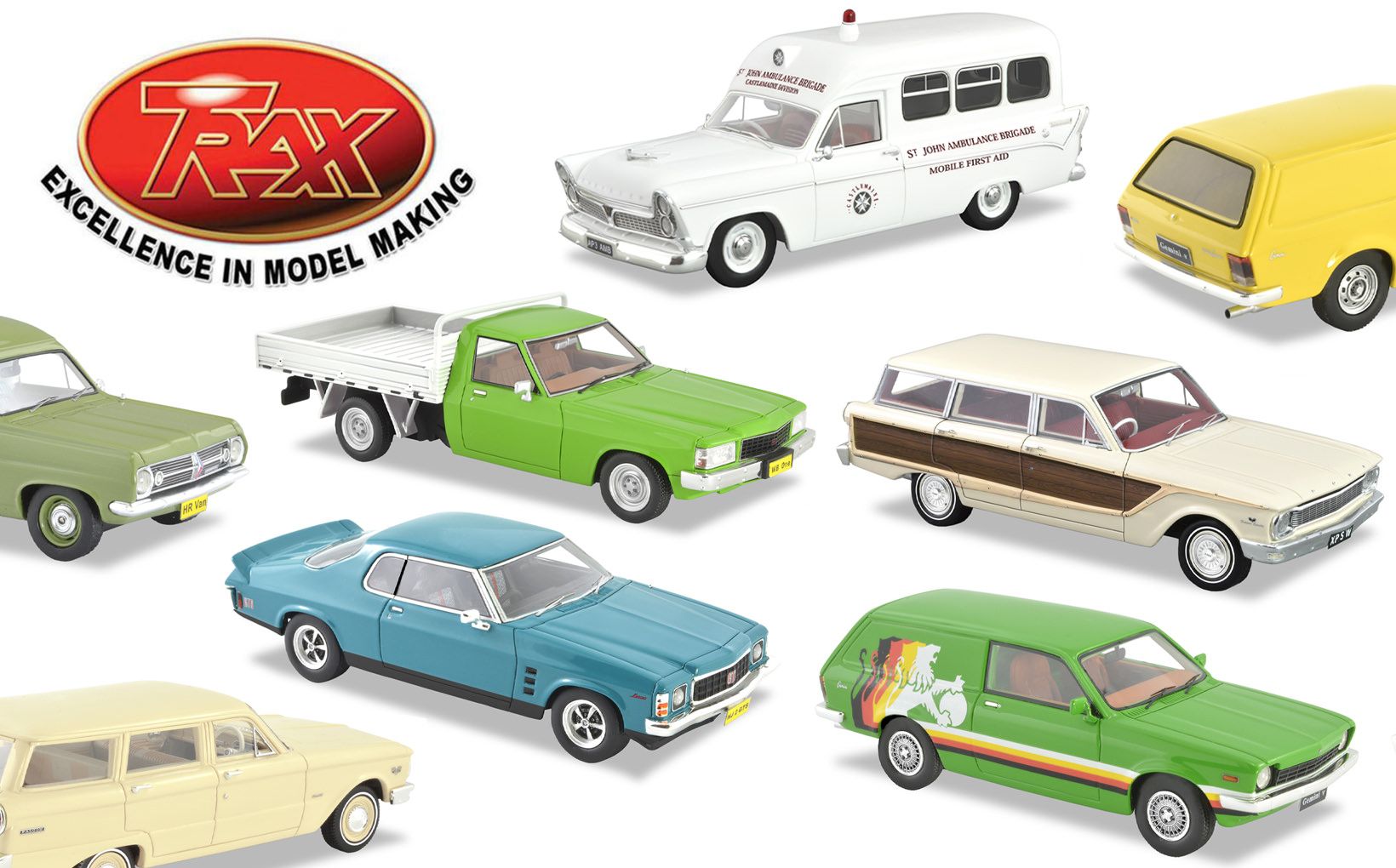 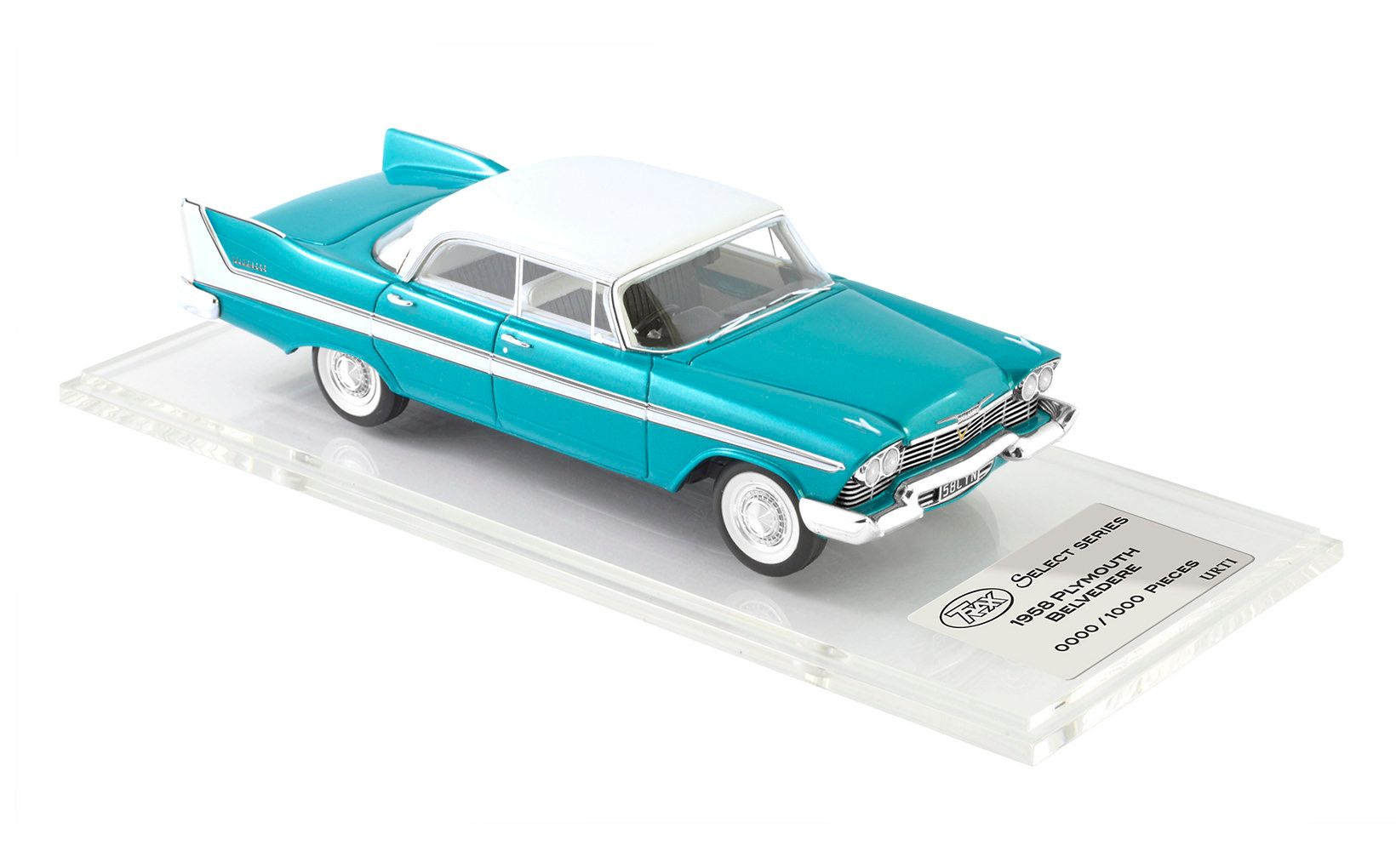 If you were one of the lucky few who were able to buy a new Plymouth Belvedere in Australia back in 1958 you’d likely be a wealthy farmer, business owner or celebrity, Assembled in South Australia, the Plymouth featured the latest in US styling and was powered by the venerable 318 V8. Trax has replicated this finned Mopar in exquisite detail. Order yours today while stock lasts. 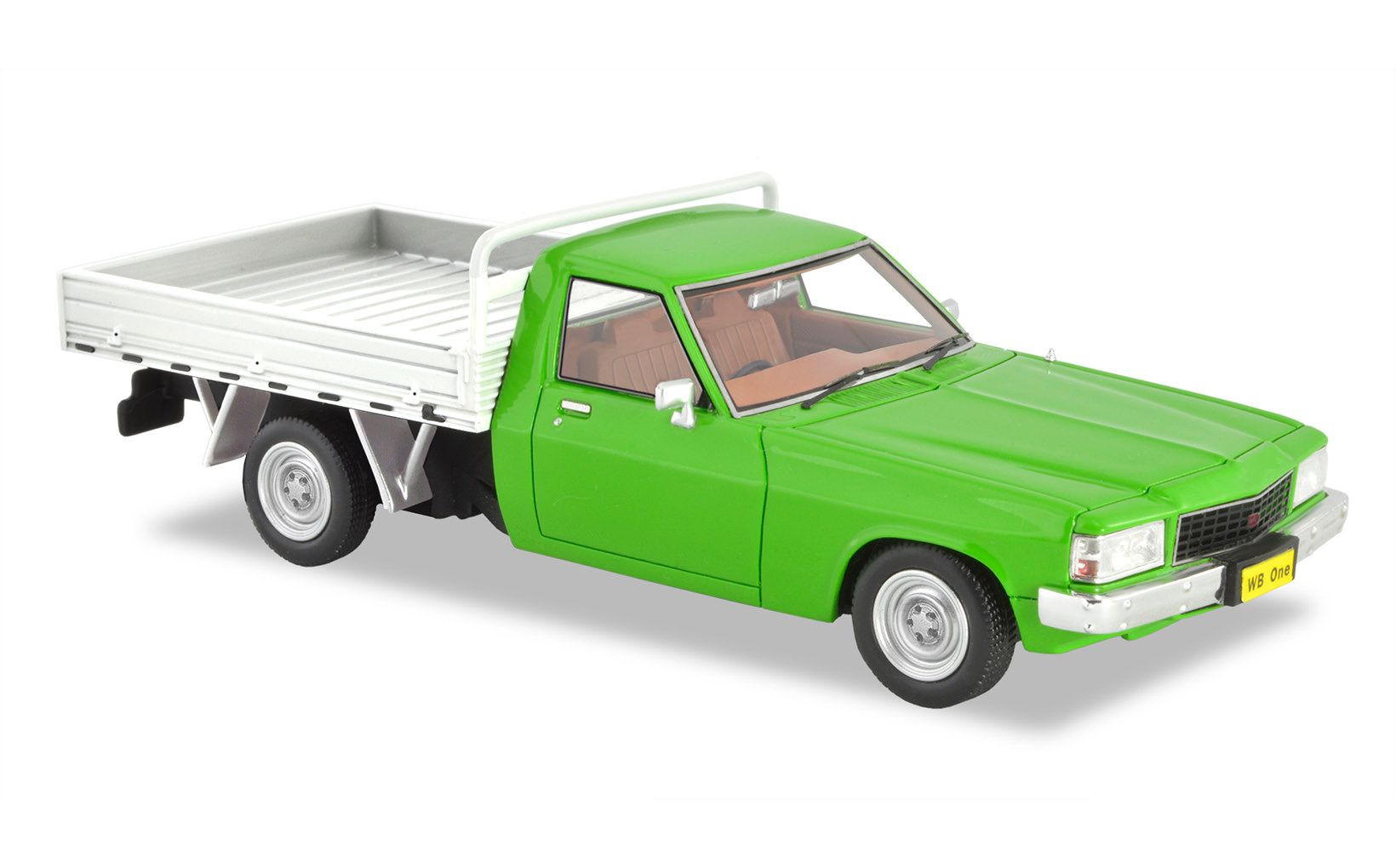 Representing the final model in a body style that debuted with the HQ series in 1971, the WB utilised the same major sheetmetal of the early series HQ but added a new modern nosecone, headlights and interior. The rugged full chassis provided a durable platform that also offered superior room and comfort when compared to Japanese rivals. Engine choices included the 3.3 litre six cylinder, 4.2 litre and 5 litre V8s. The WB Holden remains a popular classic today. Trax has captured all the details in 1/43rd scale, even down to the aluminium tray. Get your Aussie icon while stocks last. 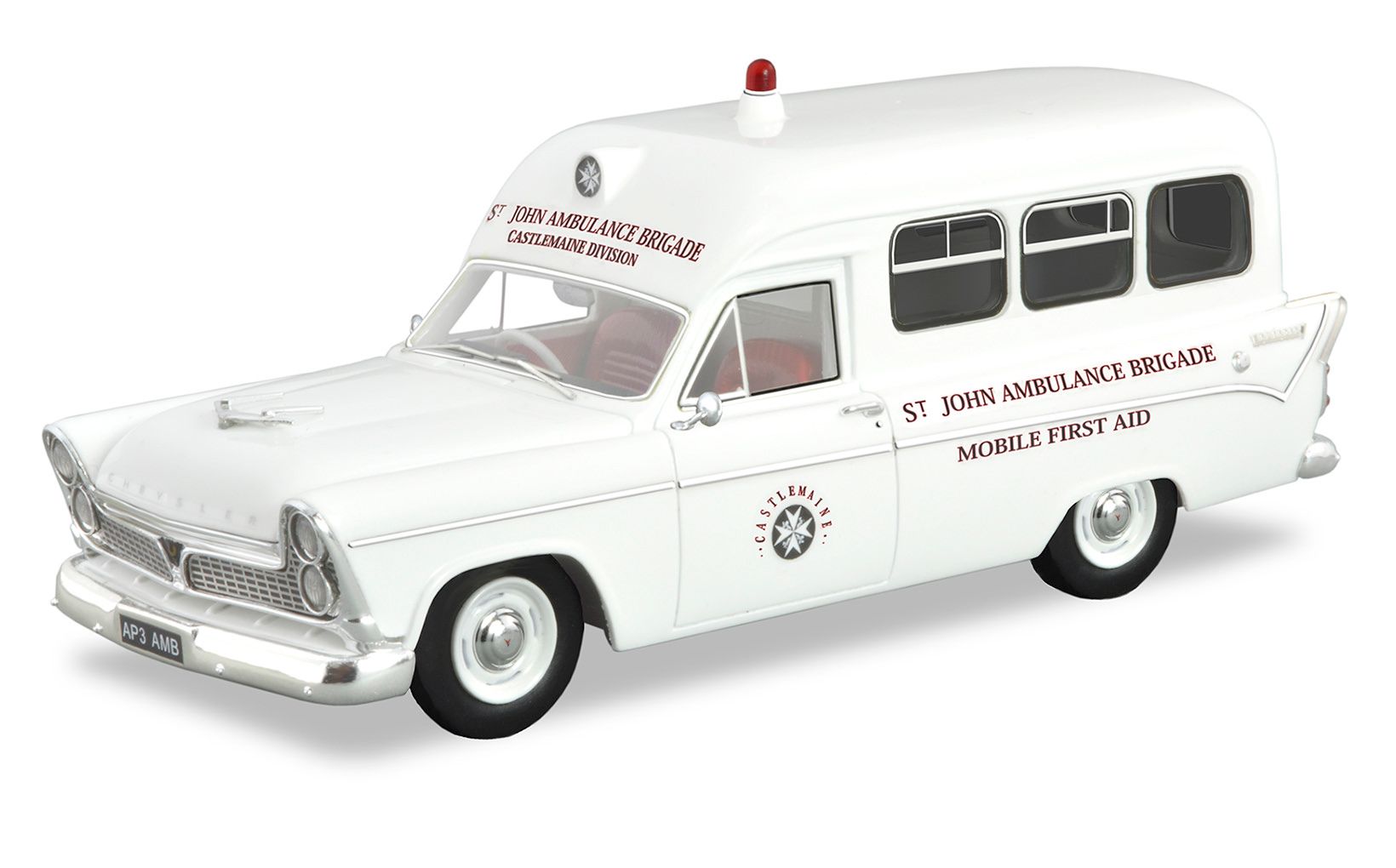 Based on the local Chrysler Royal sedan series that also spawned wagons and utilities, this Ambulance variant depicts a uniquely Australian take on an American Plymouth design. These rugged, heavy duty vehicles provided metropolitan and regional district ambulance services with a roomy and powerful solution that met the needs of hospitals across Australia. Trax has really excelled with this 1/43rd scale replica that will look great in any model car collection. Order yours today! 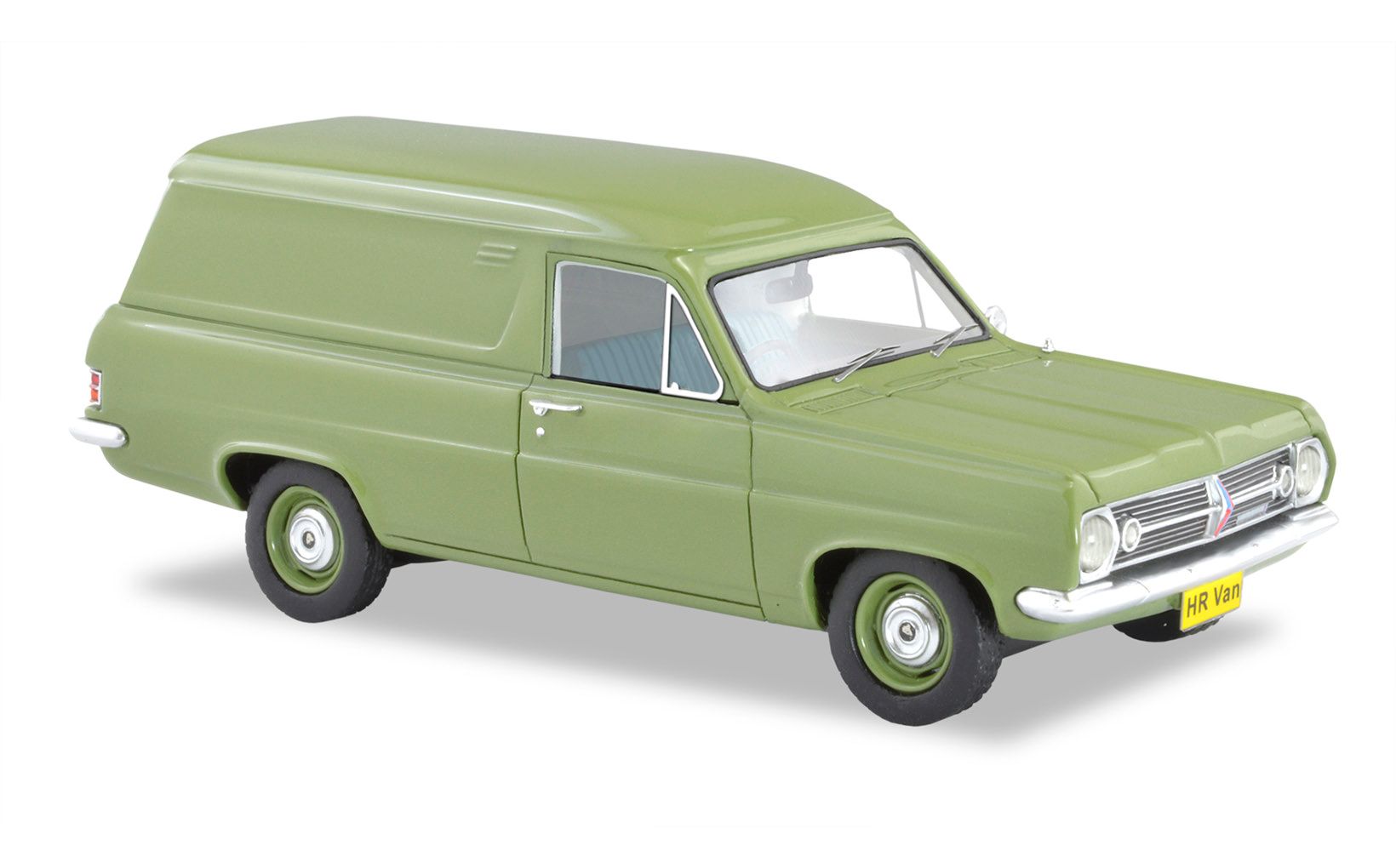 The HR series Holden represented a toned down, more acceptable design compared to the controversial HD model. Despite the razor edged styling though, both the HD and HR variants continued Holden’s dominance of the Australian market. This 1/43rd scale HR panel van represents a popular workhorse that is prized by collectors today as survival rates for commercial vehicles is generally very low due to the tough lives they endured. Luckily though you can enjoy this classic Holden hauler in model form - but only if you move quickly as stocks are very limited. 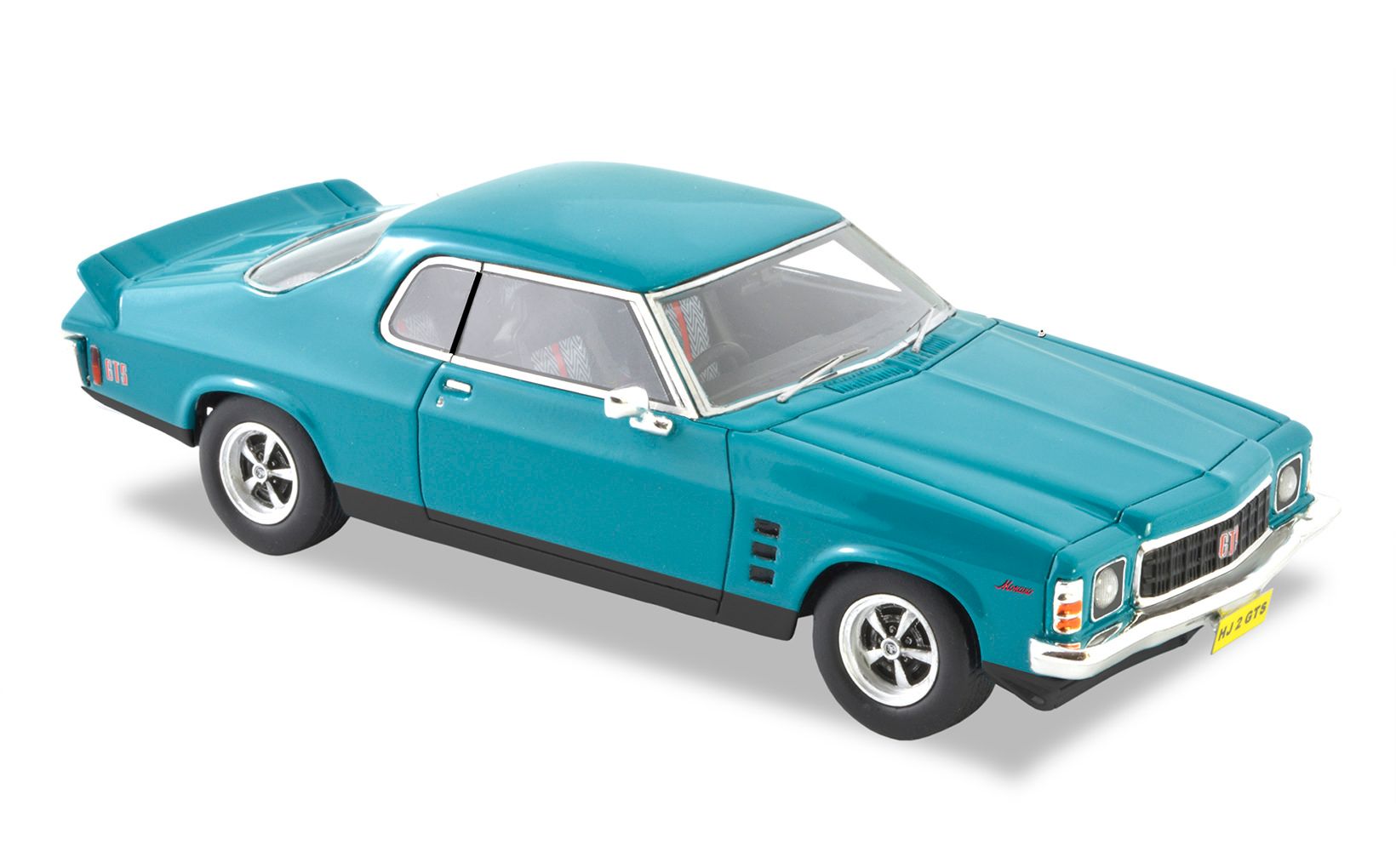 The HJ series was the first update of the extremely popular HQ. The HJ model featured a more squared off design that was influenced by the US Chevrolet. The Coupe model retained the rear tail lights in the bumper bar as per the HQ. The GTS coupe offered 4.2 or 5 litre Holden V8 engine options, factory mag wheels and unique spoilers. Also included in the GTS package was unique bucket seats and comprehensive instrumentation. As the muscle car period started to wane, sales of the HJ GTS coupe were relatively small, so original examples today are highly prized collectibles. Trax can offer you a wonderful 1/43rd scale replica at a fraction of the price of the original, but only if you order soon. Stocks are strictly limited. 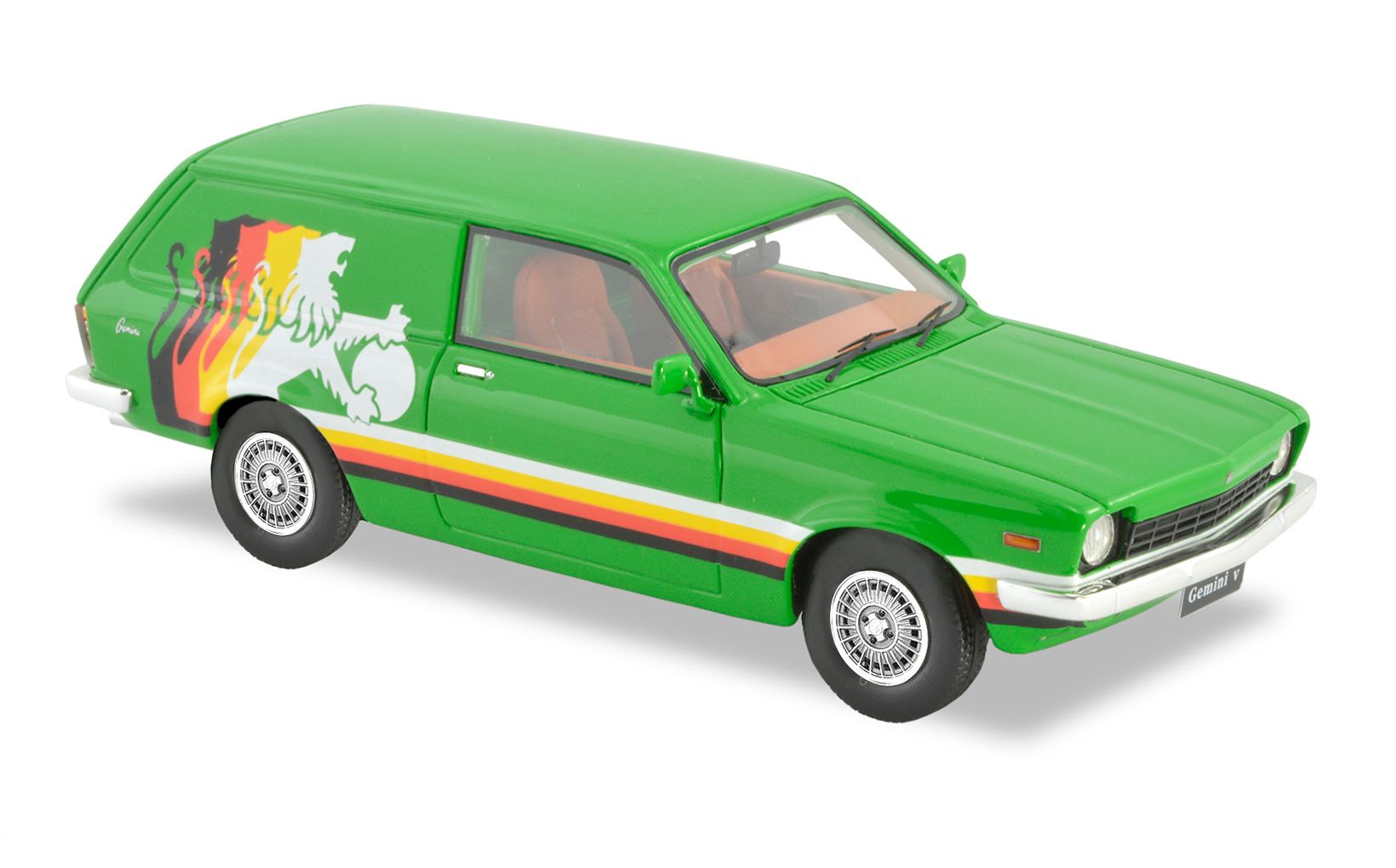 The ever popular Gemini was offered by Holden dealers as part of a joint venture with the Japanese company Isuzu (of which General Motors owned a sizeable share). The TD panel van proved a popular choice for florists, couriers and other light duty businesses. This example features the Holden Lion in a series of promotional graphics that would certainly help it stand out from the crowd, even in 1/43rd scale. Trax has recreated this little gem faithfully. It’s a must buy for any Holden enthusiast. 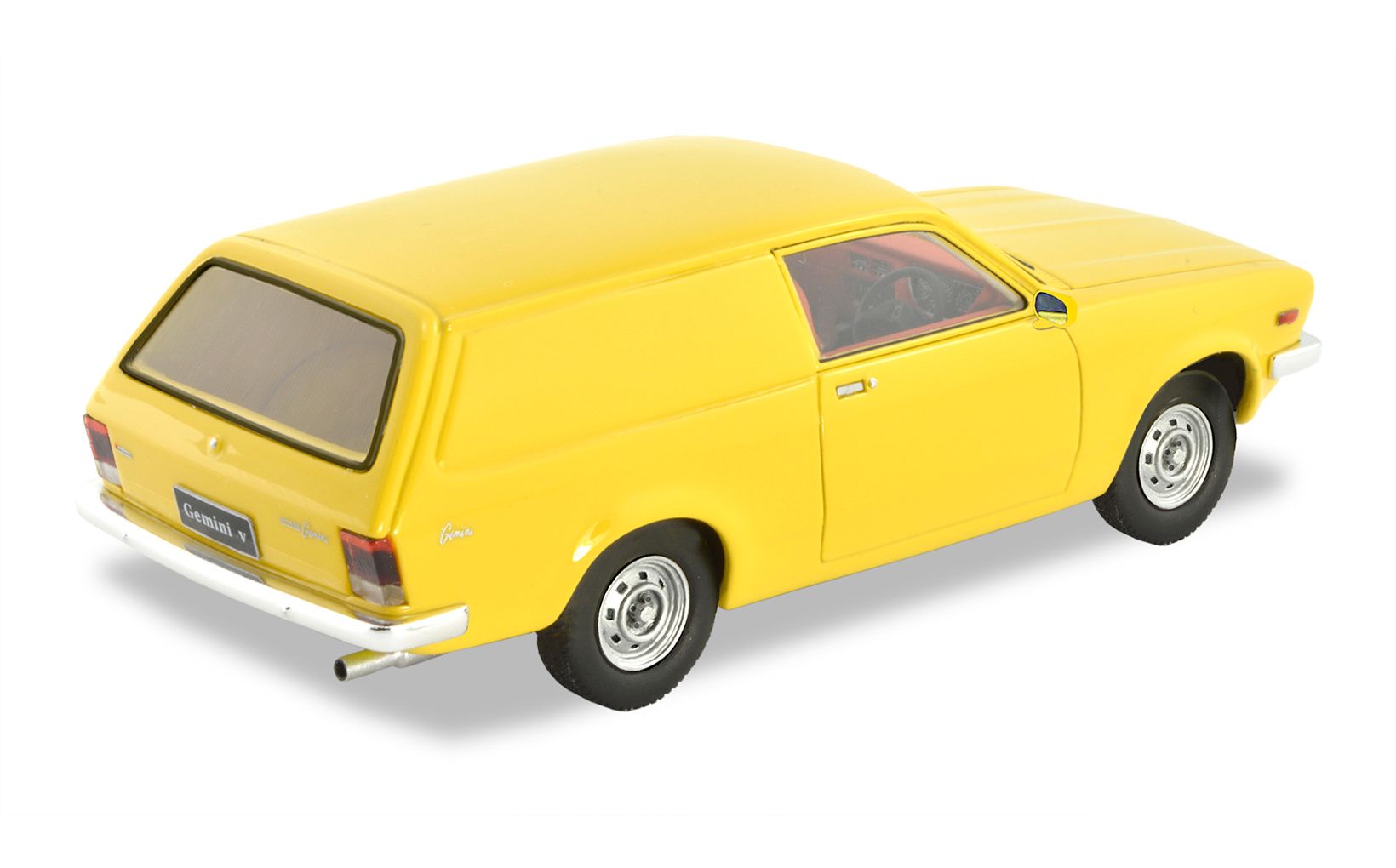 Trax has captured the lines of this Holden work pony extremely well in 1/43rd scale and they are to be commended for replicating vehicles that were once the mainstay of Australian businesses. Finished in Jasmine Yellow, this diminutive Holden will sit comfortably alongside its big brother Kingswood panel van, to showcase the breadth of Holden’s offerings in the late 1970’s and early 80’s. Add to your Holden collection today with this neat little model. 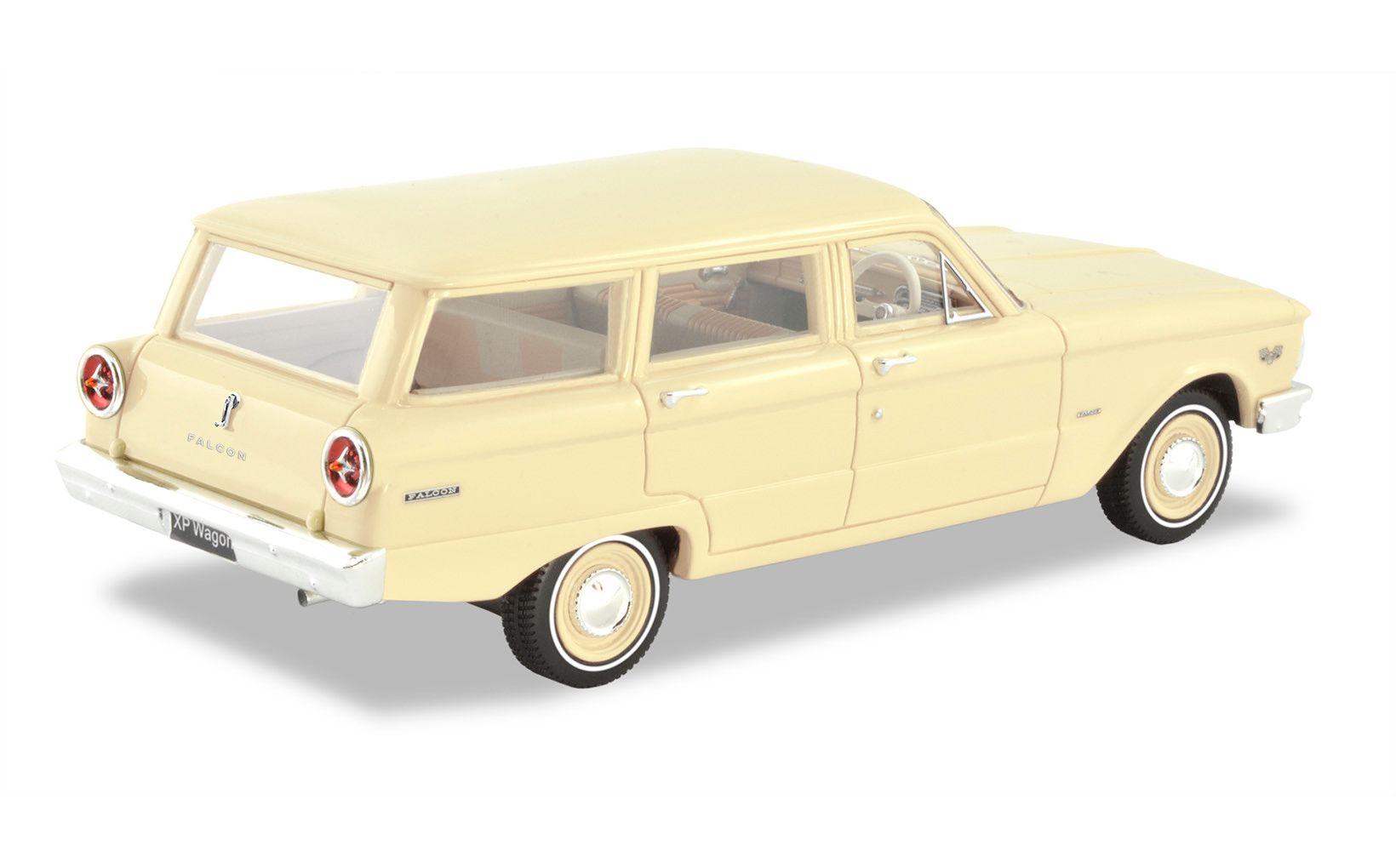 Trax has done it again. This time capturing the detail of one of Ford’s most successful vehicles. The XP won Wheels Car of the Year award and also proved its mettle by running a non stop 70,000 mile durability test at Ford’s You Yangs proving ground. This model represents the standard wagon variant, fitted with the 170 cubic inch six cylinder engine. Load up on yours today!. 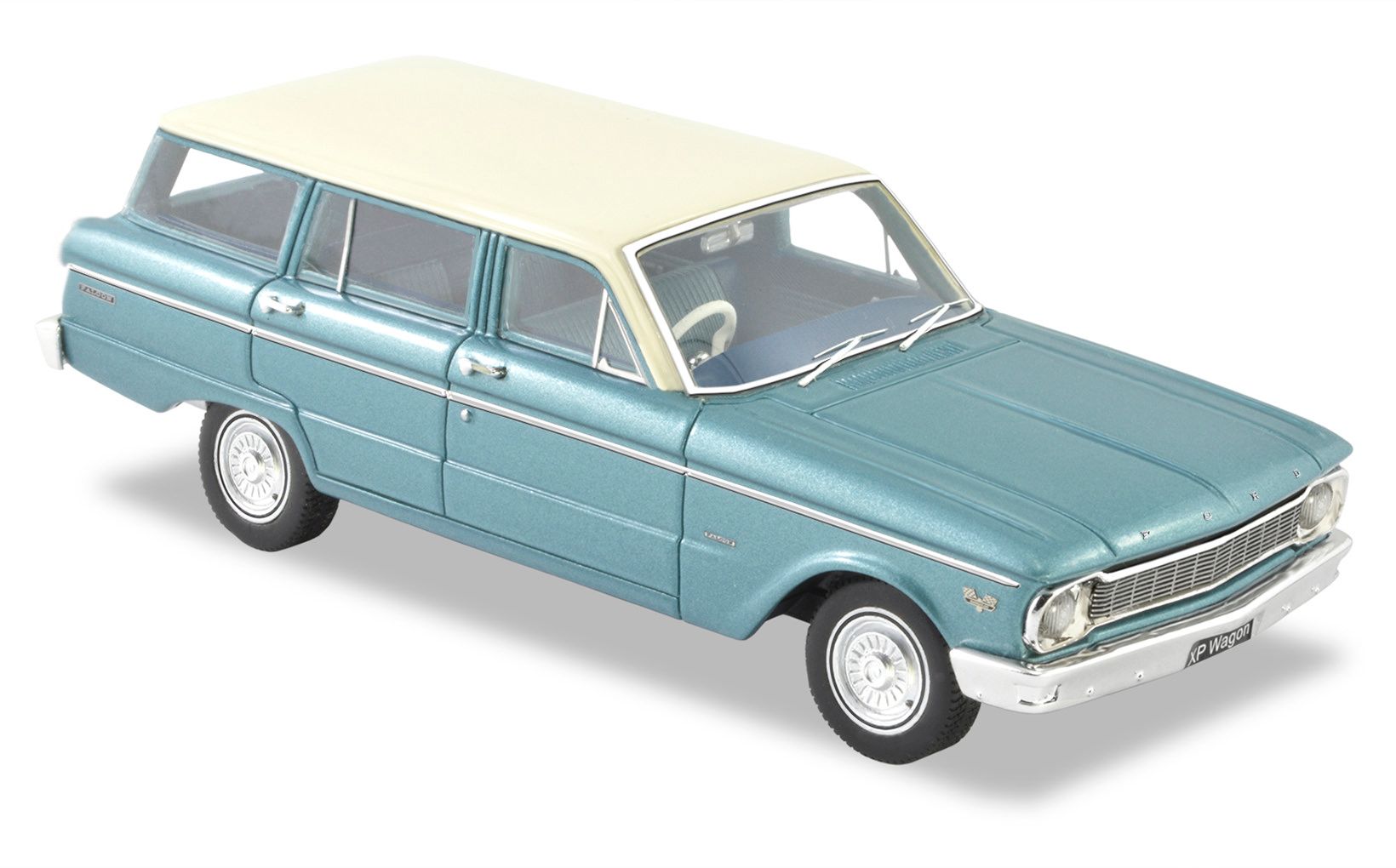 Recreate a Ford showroom from 1965 by adding this Deluxe model station wagon. Trax has replicated all the deluxe features in 1/43rd scale including white painted roof, metallic paint, full wheel covers and chrome trim. The Deluxe featured the 200 cubic inch Super Pursuit engine, which provided excellent performance in a stylish and durable package, securing Ford a Wheels Car of the Year award. Only available while stocks last. 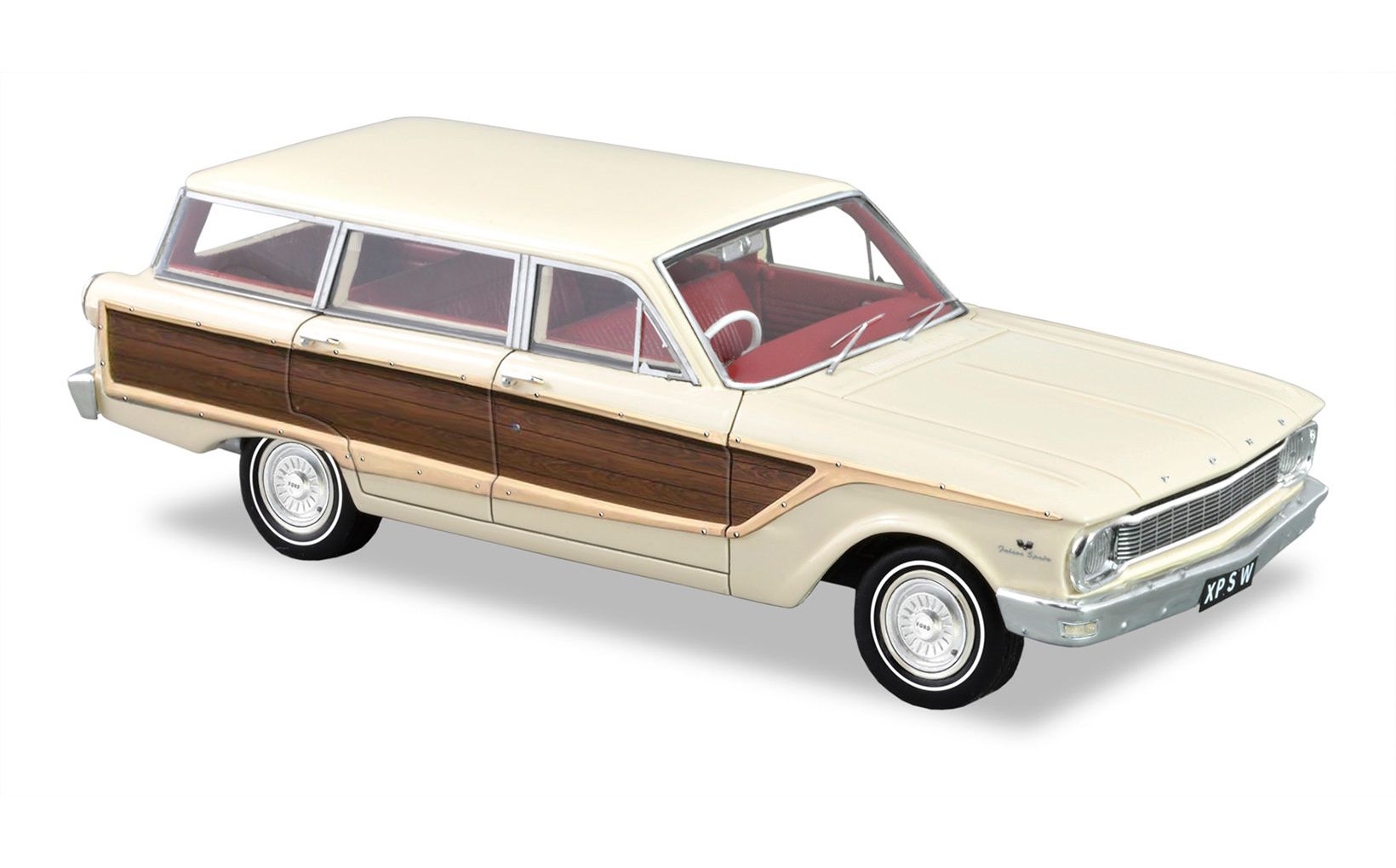 Influenced by the American versions, this XP Squire was the last word in luxury wagons in Australia. Featuring the 200 cubic inch six cylinder, luxury red interior, deluxe wheel covers and faux woodgrain trim, the Squire was a stand out in any company. The Squire was the last in the series that had started with XL and XM models. Making the XP very rare however, was the fact that the Squire was replaced with the Fairmont later in the XP series, meaning production was very low indeed. Trax are to be congratulated for producing this rare bird in 1/43rd scale. Round put your XP, wagon or Squire collection with this amazing replica before they sell out. You “wooden” want to miss out would you?