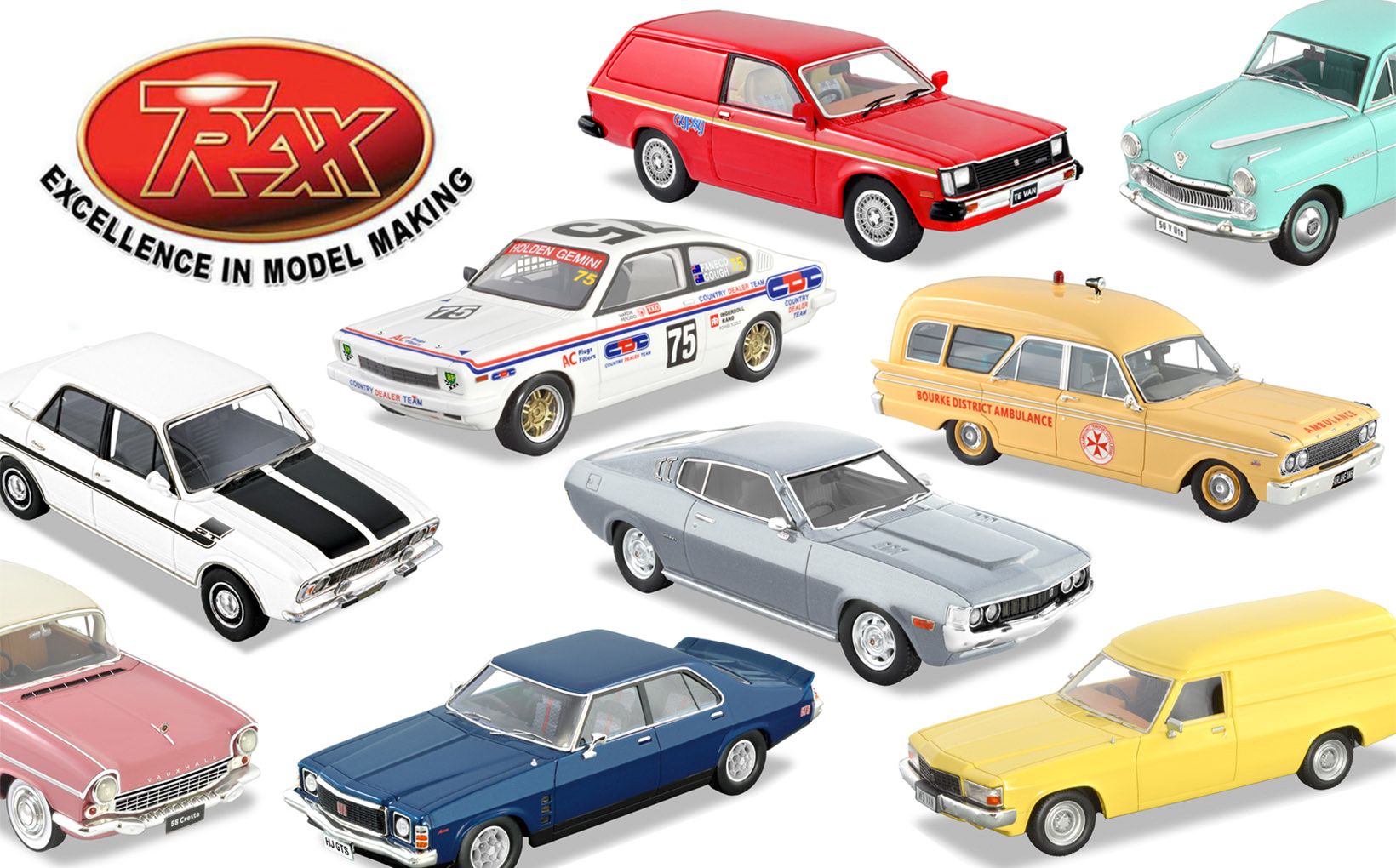 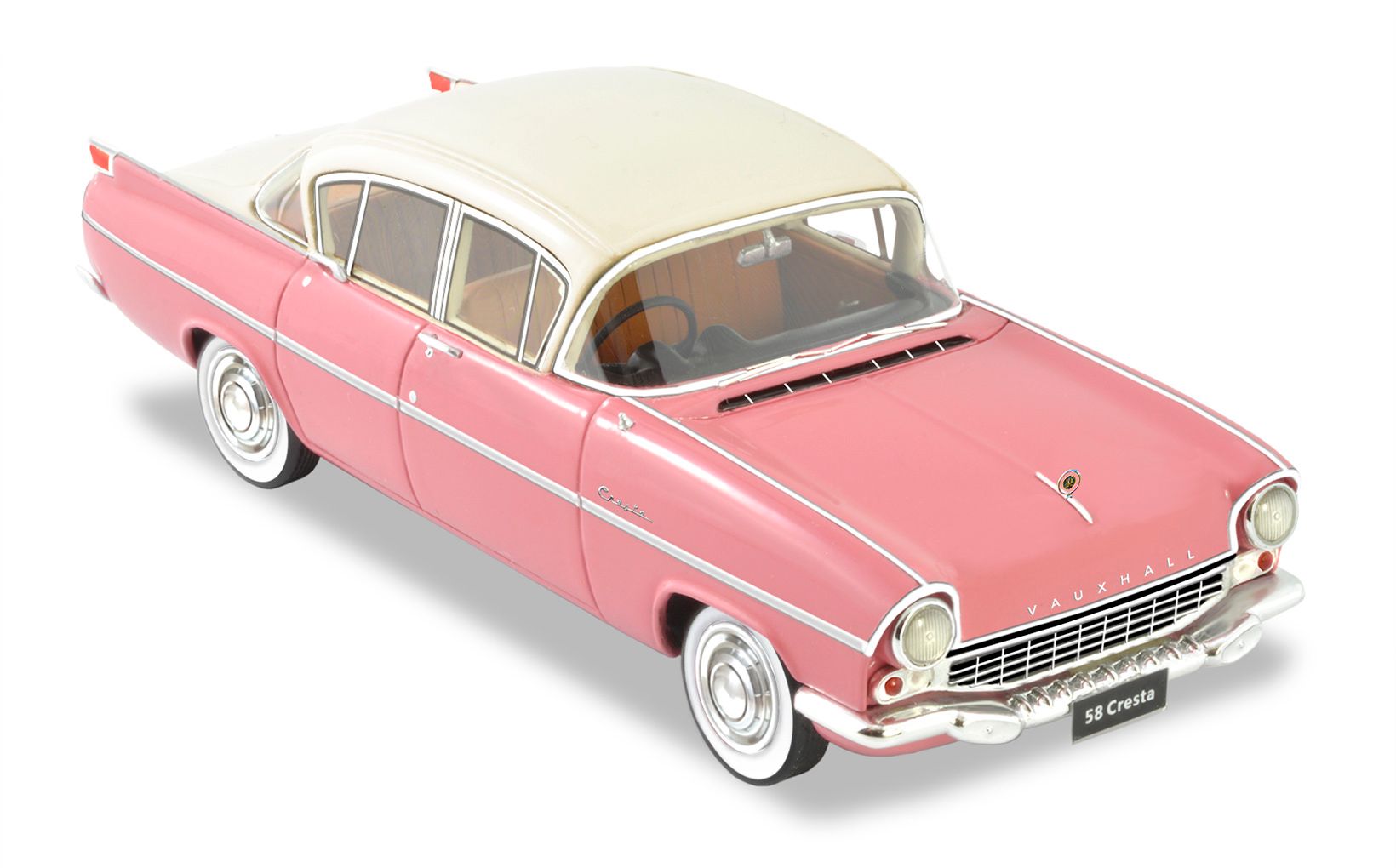 Sold through Holden dealers, the Vauxhall brand represented General Motors English based car range. Well equipped and offering a combination of comfort and performance, the Vauxhall Velox was a popular alternative to the mainstream Holden. Trax has captured this 1/43rd scale model in exquisite detail. Order yours today. 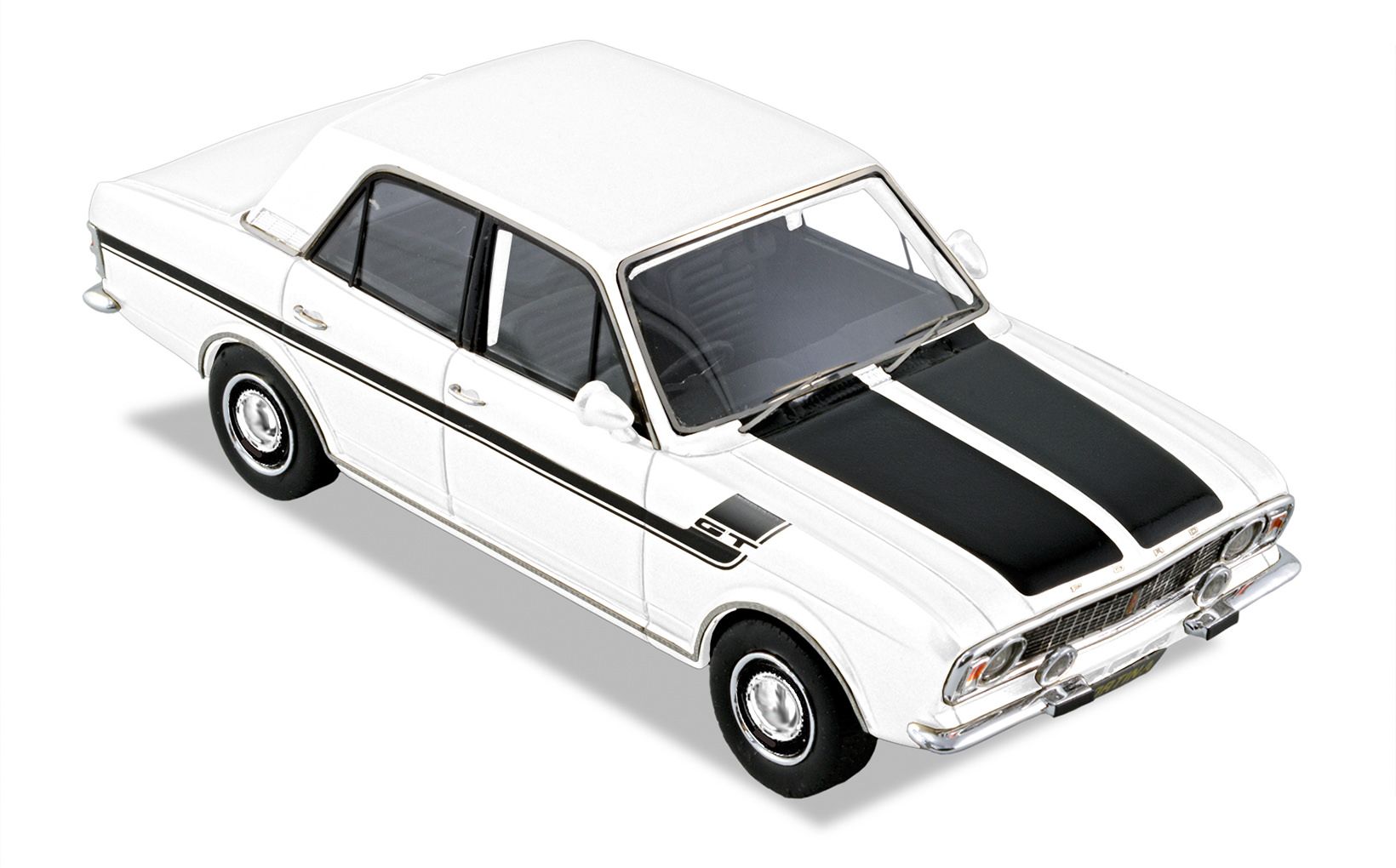 The sharp styling of the MKII Cortina was a real departure from the previous model and represented a styling theme also seen in its bigger brother, the XT Falcon. The GT model provided sporty good looks on the outside while offering comprehensive instrumentation and a comfortable interior on the inside. A great companion for your collection of Aussie Fords, this 1/43rd scale model by Trax is a must have for the serious enthusiast. 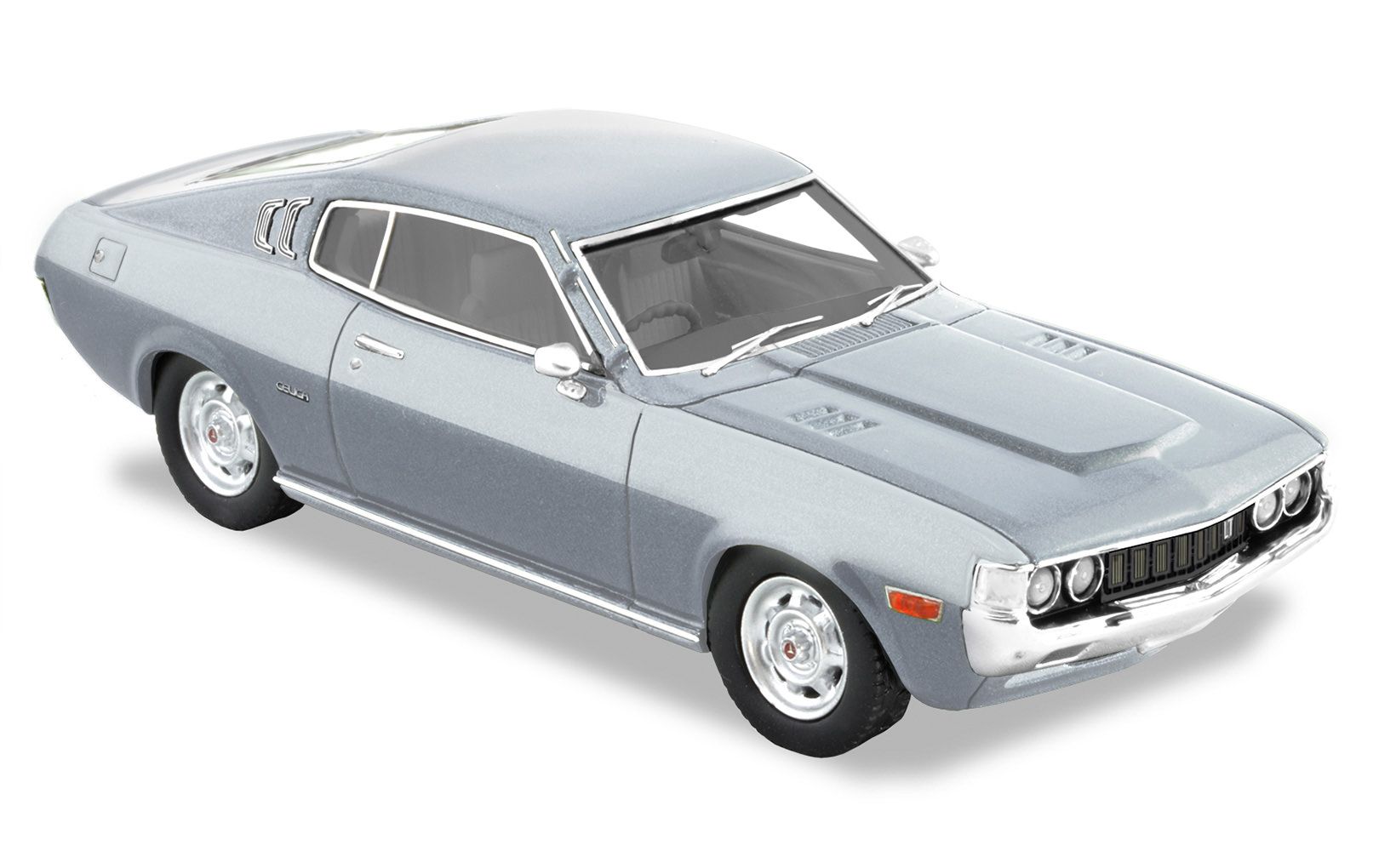 The second model in the Celica series was heavily influenced by the Ford Mustang in the looks dept but the engineering and features were a hallmark of the latest in Japanese offerings at the time. This model has become much sought after by collectors today and there is no doubt this 1/43rd scale model by Trax will be equally popular. Don’t miss out on your chance to secure yours! 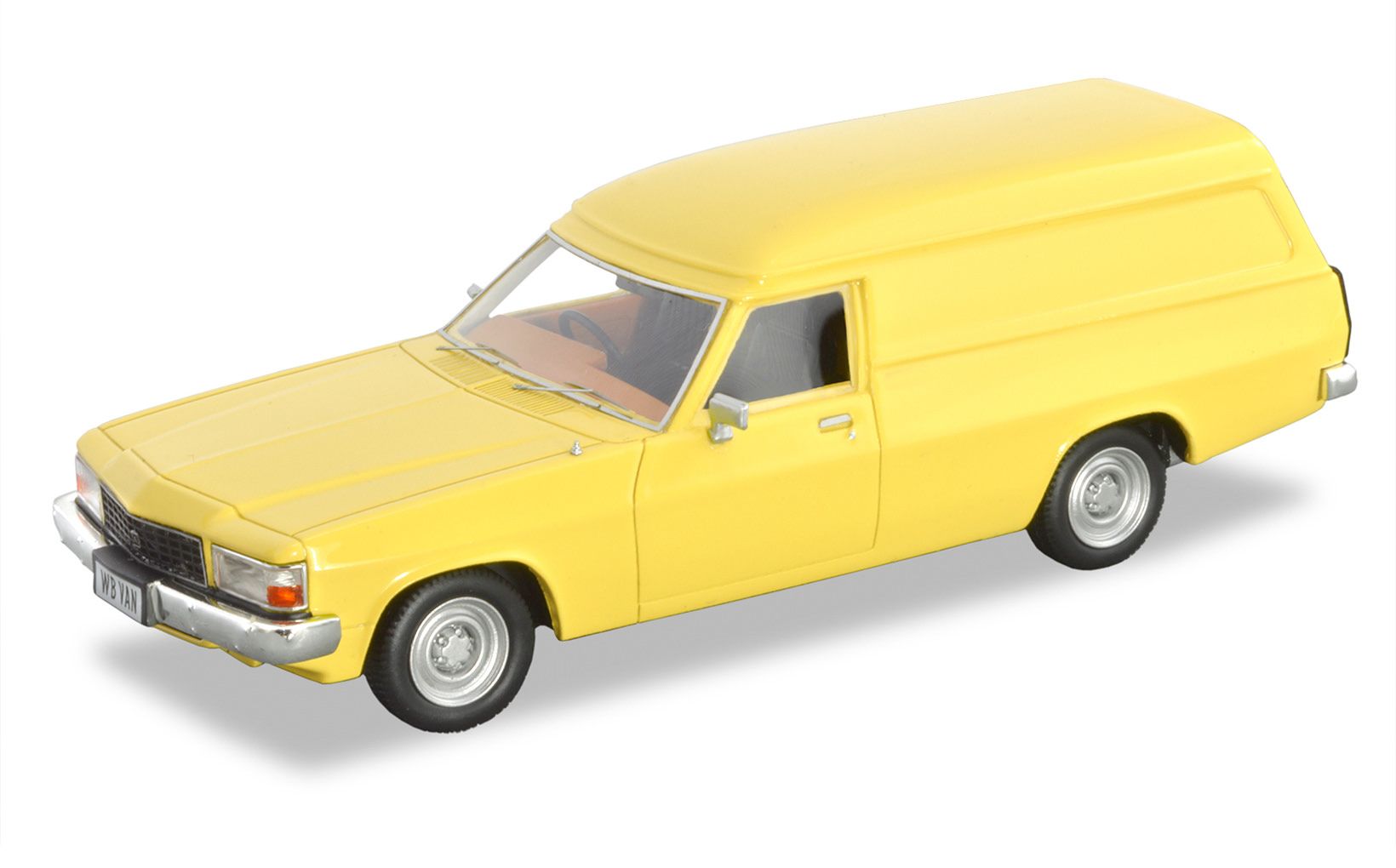 While the WB panel van was based on the older HQ platform, it offered many modern updates, including instrumentation and contemporary front styling. Added to this was Holden’s renowned rugged durability - a trait highly valued by tradespeople across the country. The full size survivors of this Aussie classic are quite rare and desirable and there’s little doubt Trax’s 1/43rd scale replica will be equally so. Be sure to order yours today! 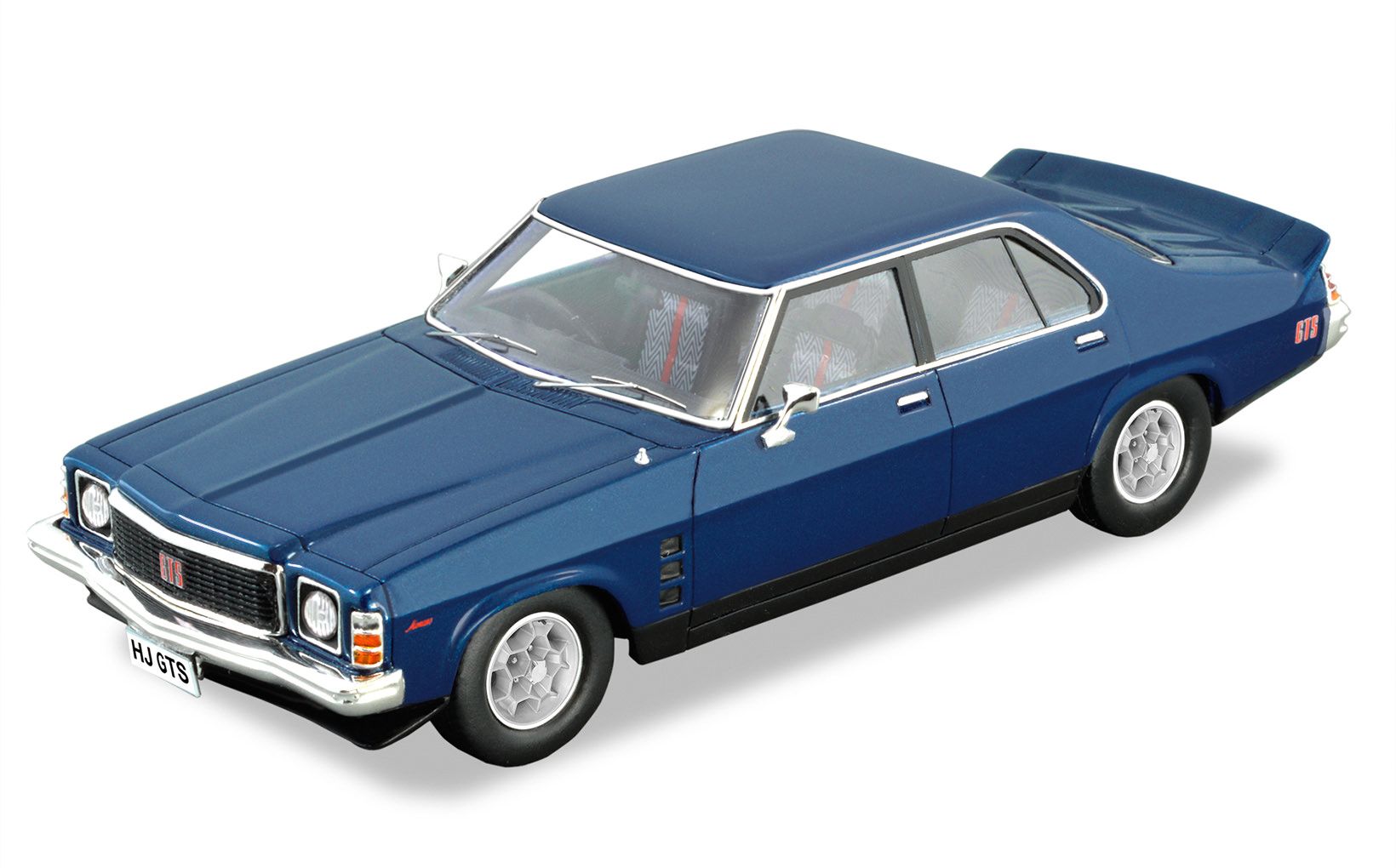 The HJ was Holden’s first re-fresh of the HQ model. Offering a squared off front grille and high set wrap around tail lights, it was quite a departure from the earlier series. Offered with a choice of Holden’s 4.2 or 5.0 litre V8 engines, in either manual or auto form, the HJ Monaro is a very sought after car today. Trax has done an excellent job in recreating this Holden muscle machine in 1/43rd scale. It really is a must have for the Holden aficionado. Like the original, they will go fast! 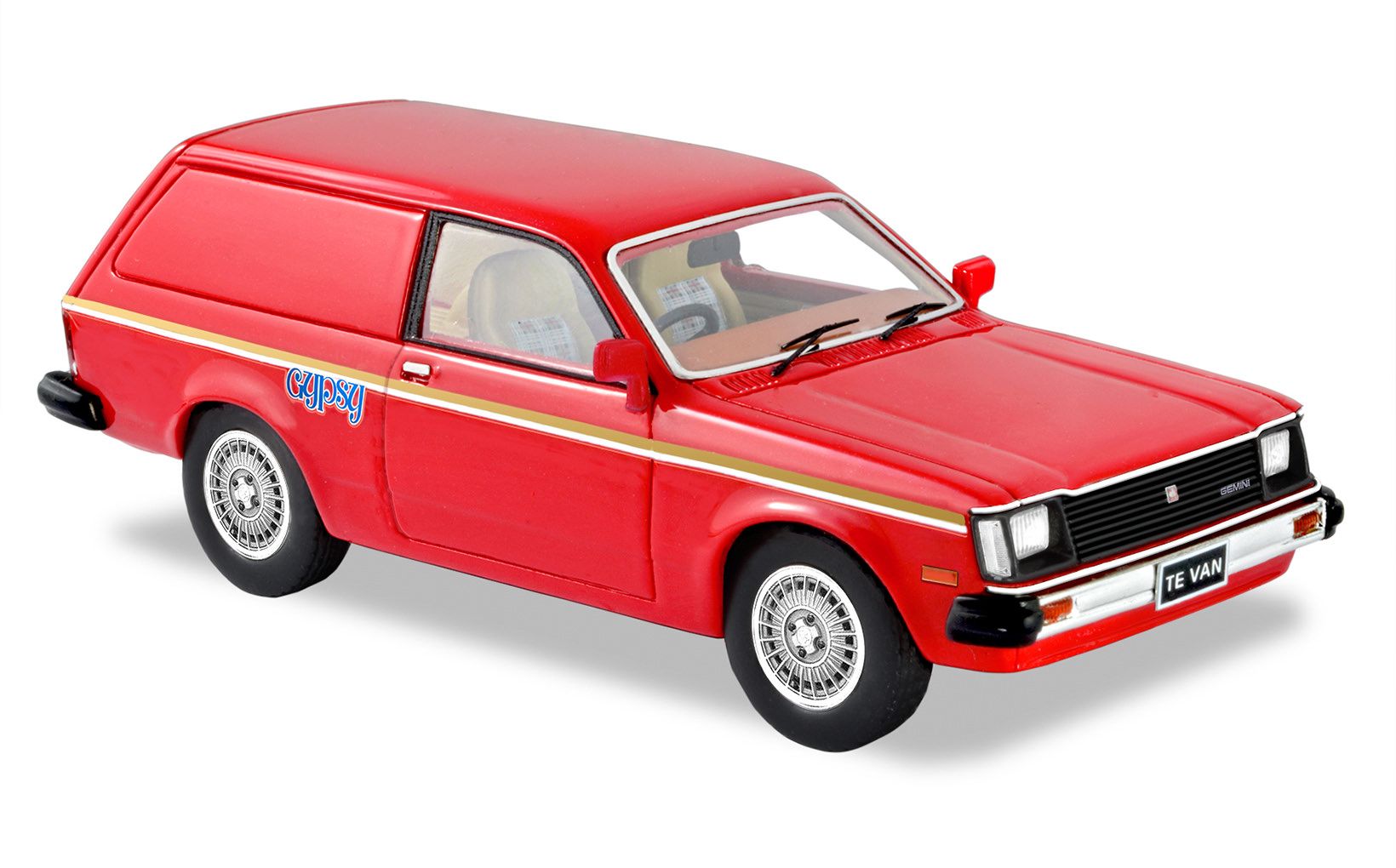 This Isuzu based Holden was a very popular model in sedan form and Holden saw an opportunity to cash in during the final stages of the panel van craze. A rare sight on the road back then and even more so today, the Gypsy was one of those uniquely Australian packages. Trax has outdone themselves with this highly accurate replica in 1/43rd scale. Certainly a talking point for any model collection. Order yours today as stocks are very limited - just like the original! 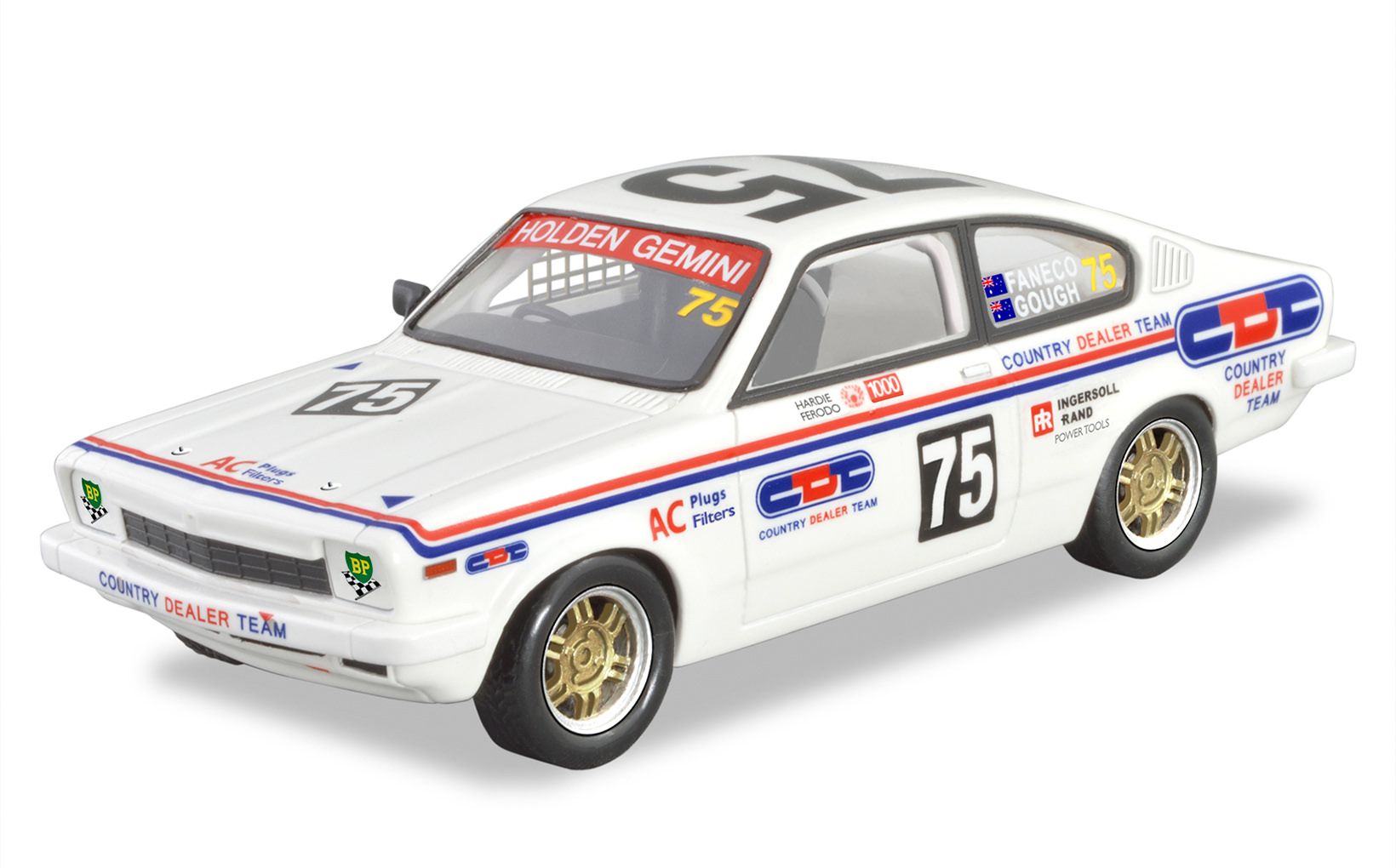 Wow! This is a rare little beast. The CDT or Country Dealer Team Geminis were high performance, limited edition pocket rockets that were rare and highly sought after back in the day. HDT thought the similarity of the logo and stripe package a little too close to their own, so in the end, very few were made. The cars are very collectible today and seldom offered on the market - so it’s great to see Trax have recreated this unique part of Aussie mini muscle history, depicting the race cars that proved many of the high performance components on the track. Definitely a must have for any serious collector. 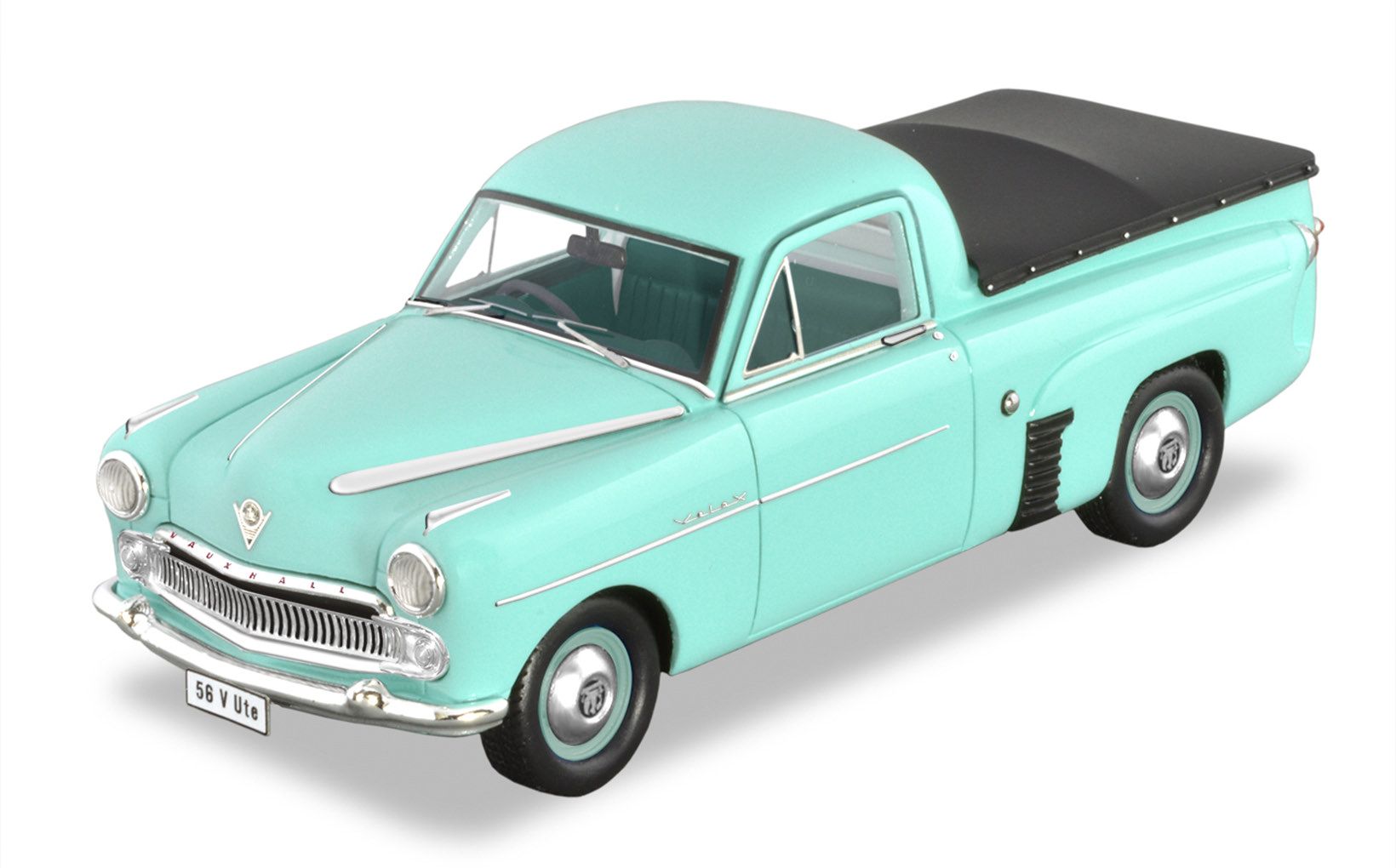 It seemed everybody was getting in on the Australian ute craze back in the 1950’s. We were riding high on the sheep’s back so it was natural for every manufacturer, including Vauxhall , to release a car based utility to meet the strong market demand from cashed up farmers. The Velox offered a strong and durable utility in a smaller package than the Ford Mainline, Chrysler Wayfarer or even Holden’s own ute. Trax has really captured the character of this charming little workhorse beautifully. Recreate your very own little Aussie rural streetscape - all in 1/43rd scale. 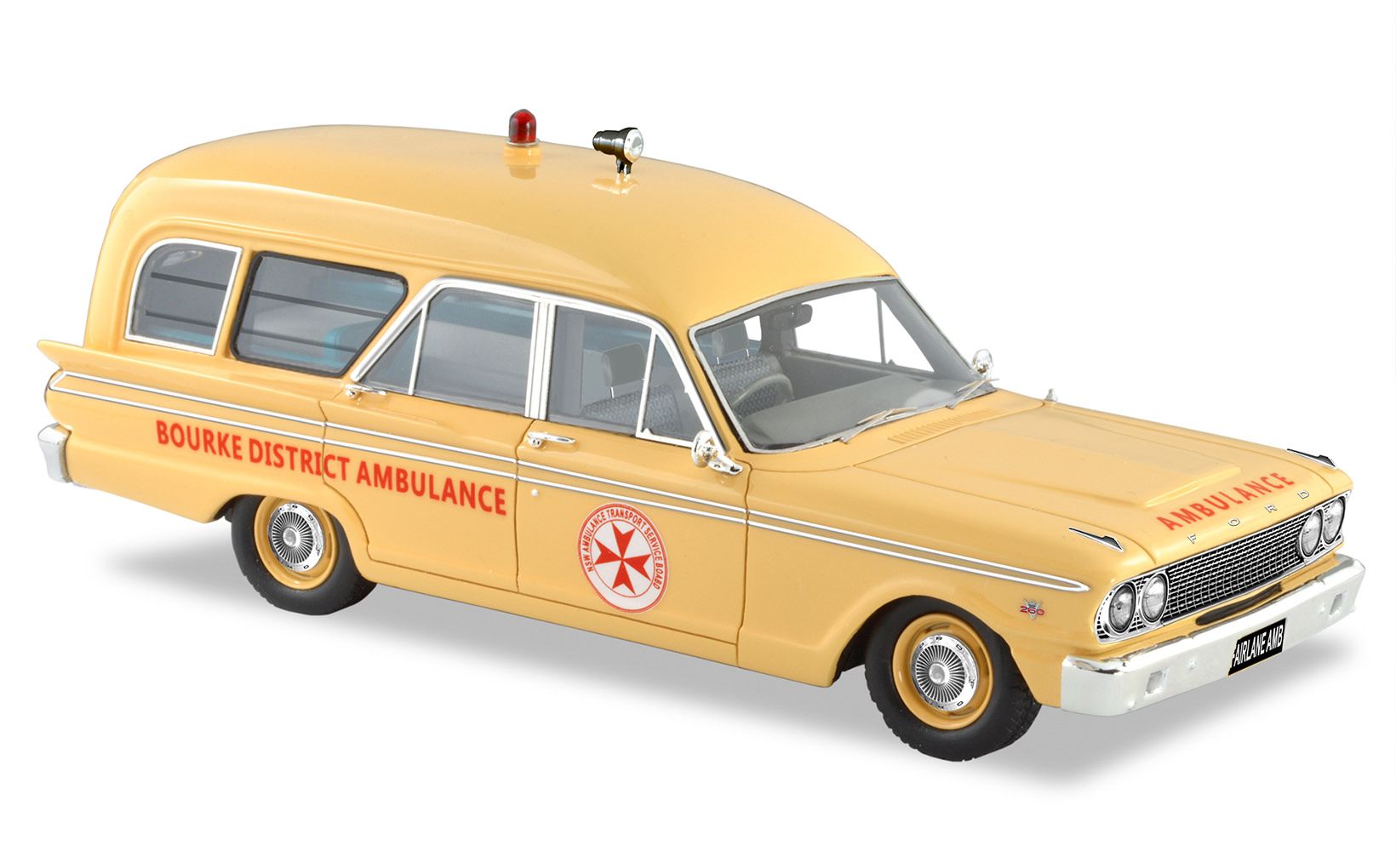 This has to be one of the most outstanding models from Trax in 1/43rd scale. Capturing the lines of the compact Fairlane and the custom made ambulance body in wonderful detail, this model will be a showpiece of any collection. Finished in authentic colours with accurate graphics, this is a beautiful replica of a uniquely Australian vehicle. Highly recommended! 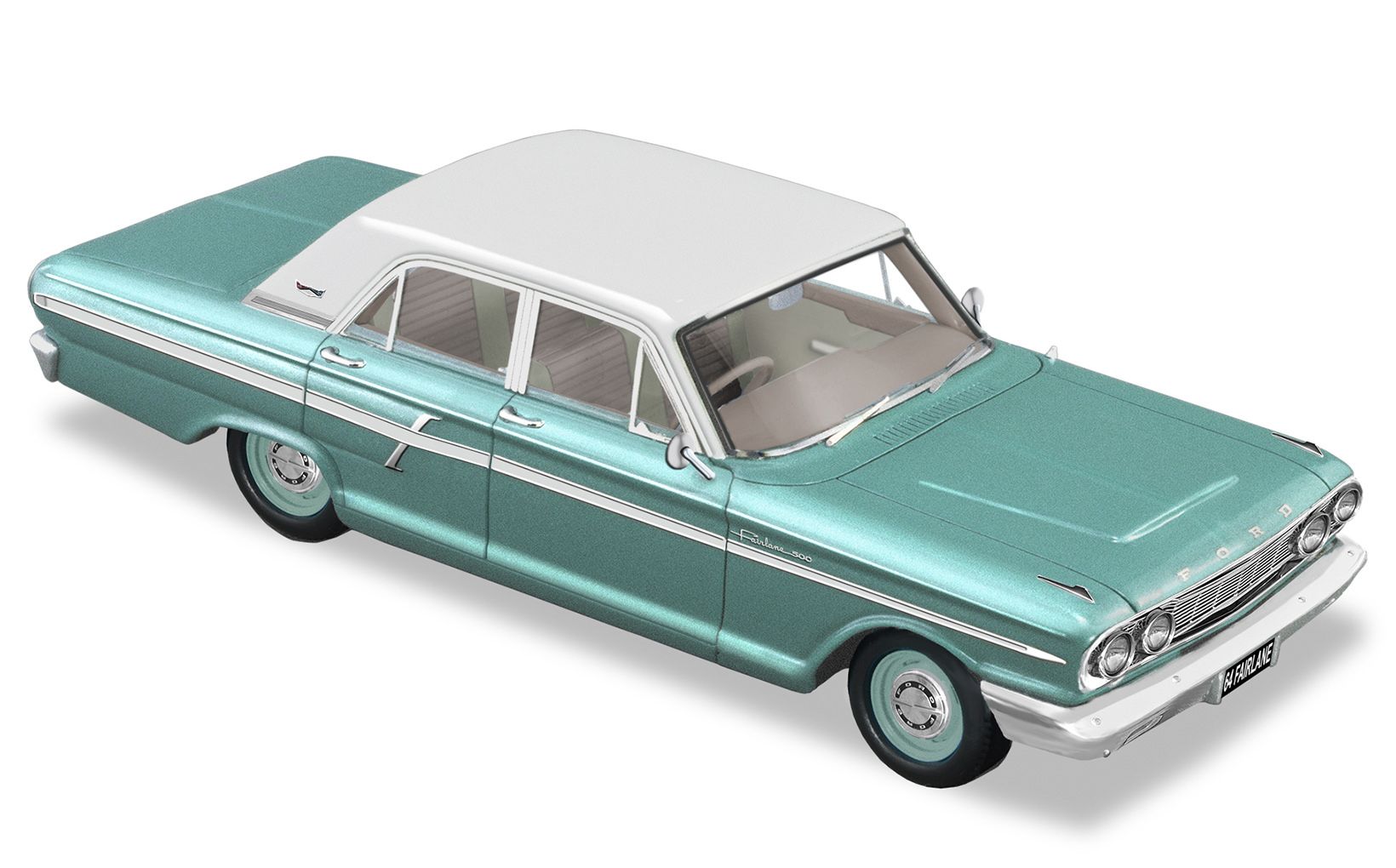 Trax has done it again with this fine replica in 1/43rd scale of the very popular compact Fairlane. With styling mimicking the larger Galaxie model, these cars were popular in city and country alike. Powered by a 289 V8 engine, these Fairlanes offered a unique mix of performance and luxury. Another must have for any collector. 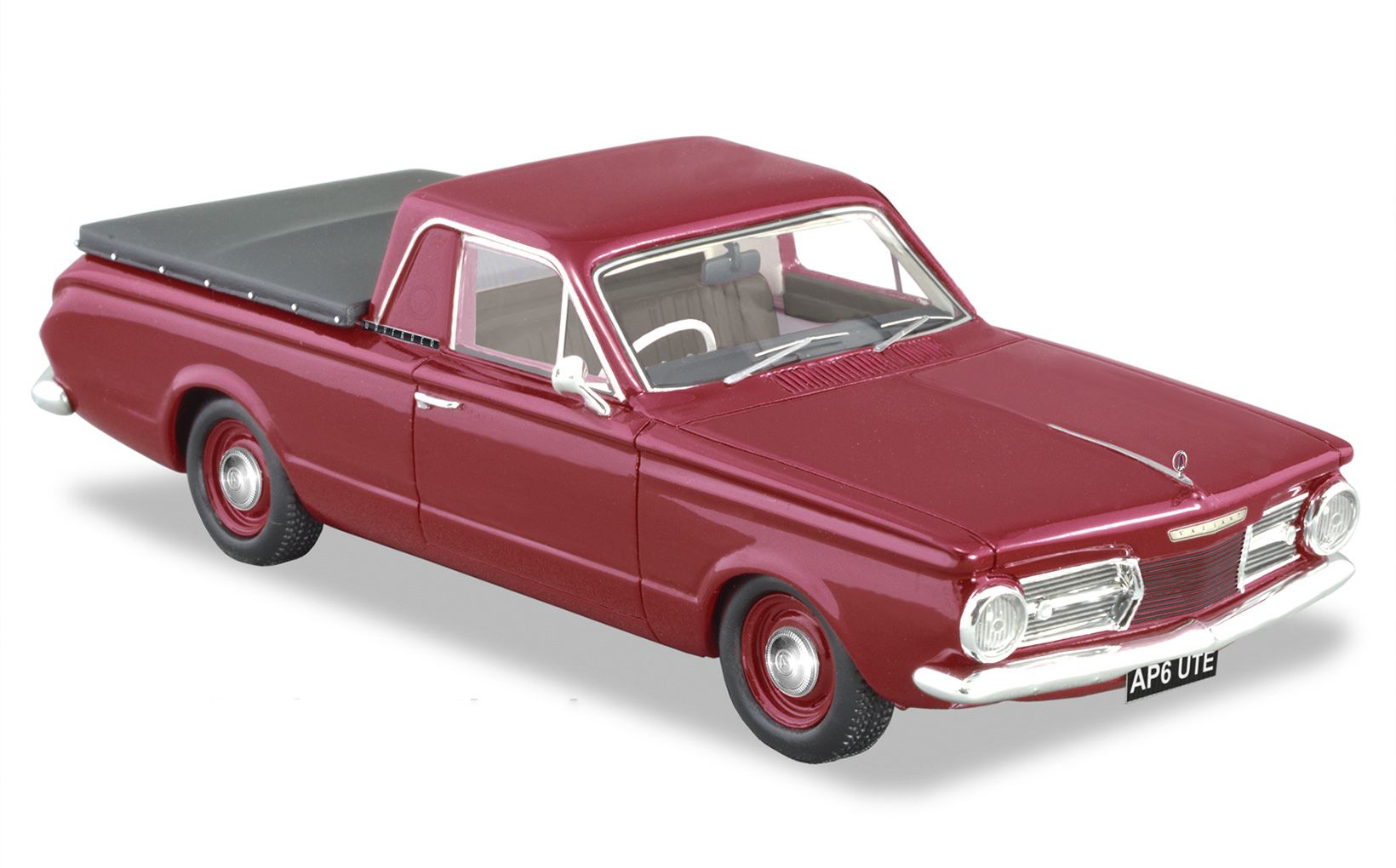 The AP or Australian Production Valiant was a very popular and desirable car, with a more powerful engine than that offered by the standard Holden or Ford at the time. The utility version provided the farmer and tradesman alike with a strong, powerful, yet relaxing mix of passenger car comfort and practicality. A rare sight on Australian roads today, this 1/43rd scale model captures the look of the original perfectly. Order yours while stocks last. 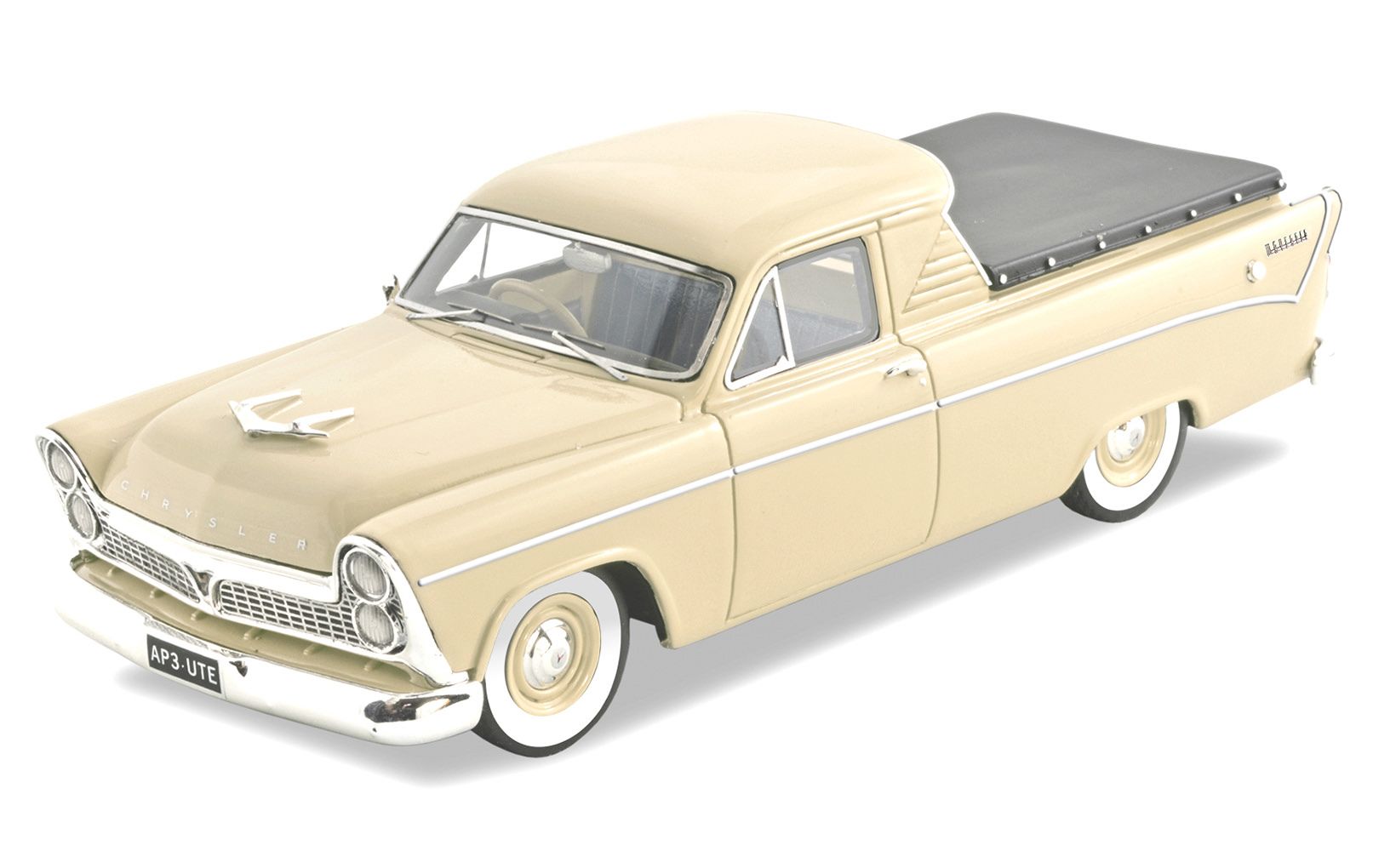 If you wanted to make a real statement but had to have a ute, then you looked no further than the Wayfarer. Sporting large fins and distinctly US styling, driving the Wayfarer meant you had arrived and wanted to show it! Trax has done a wonderful job in capturing the detail of this “king of utes” in 1/43rd scale. 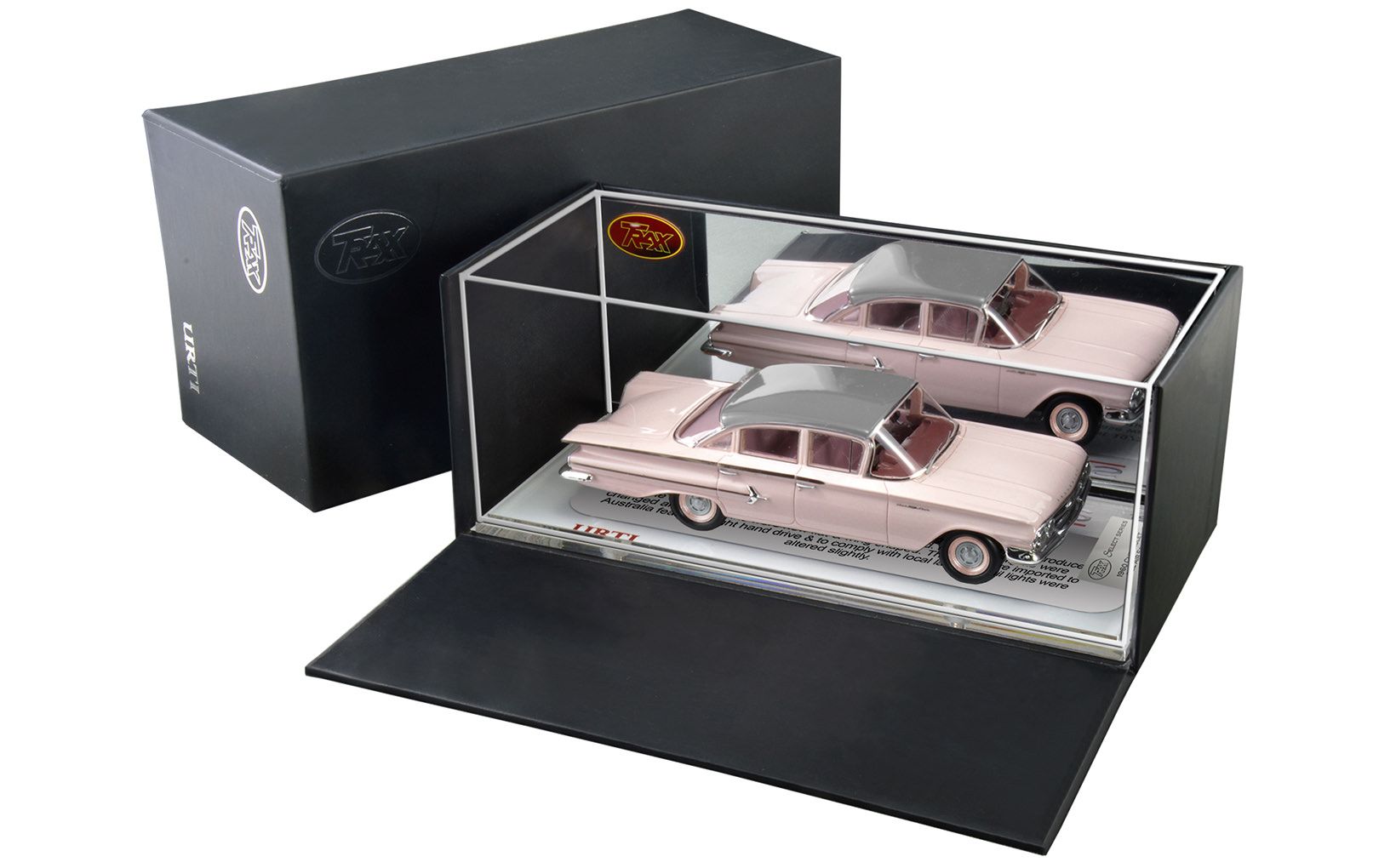 Based on the body styling of the 1959 “cats eye tail light” model, the 1960 Bel Air presented a more toned down appearance. Having said that, anyone driving a new Chevrolet (bought from their local Holden dealer) would have been a very successful business person, farmer, doctor, lawyer or the like. These cars represented the top end of town, offering V8 performance and the latest US styling. Trax has done a superb job in capturing this model in wonderful detail. The colour schemes replicate the original and this 1/43rd scale model will look right at home next to your FB Holden. A beautiful model. They are sure to sell out quickly.