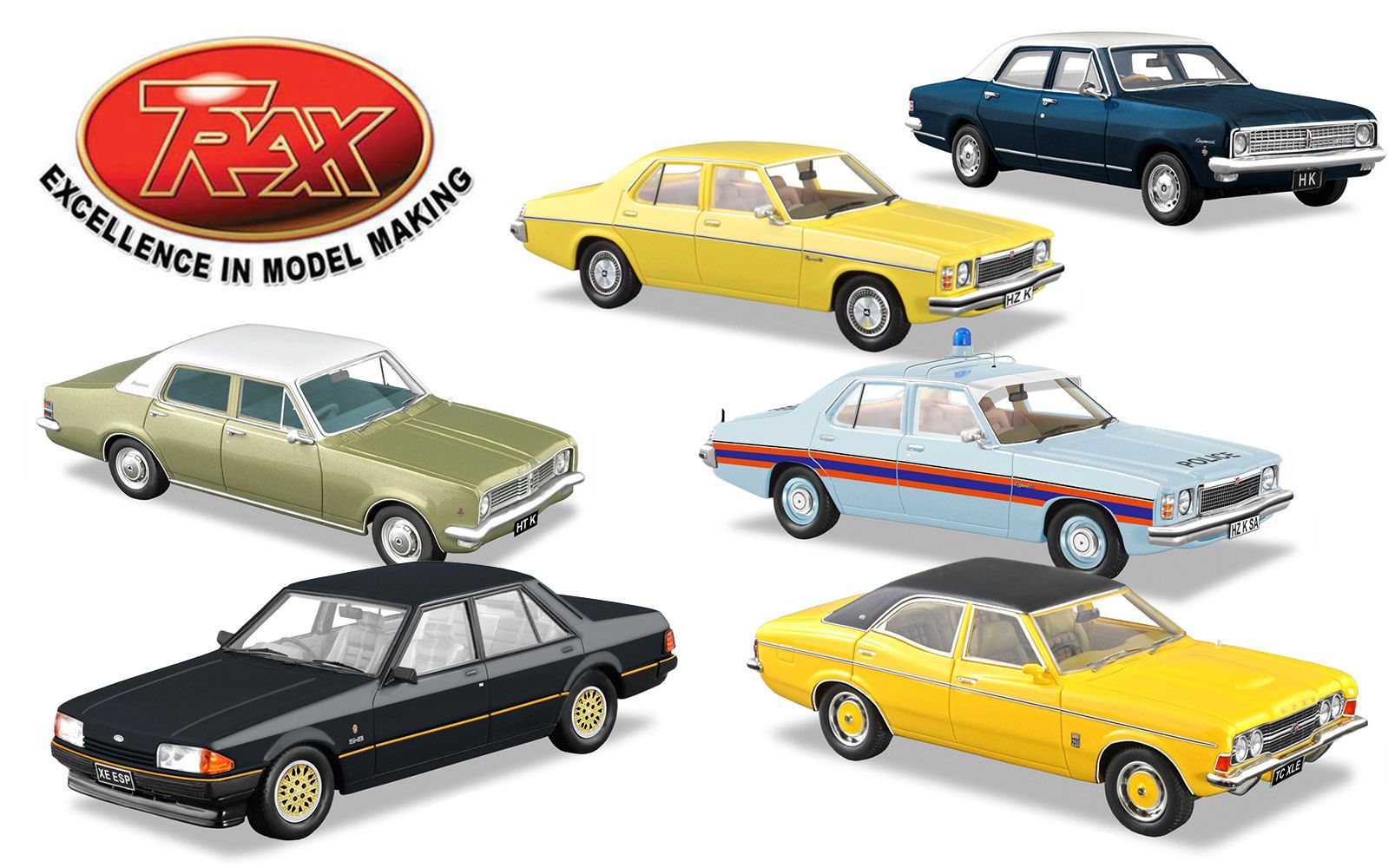 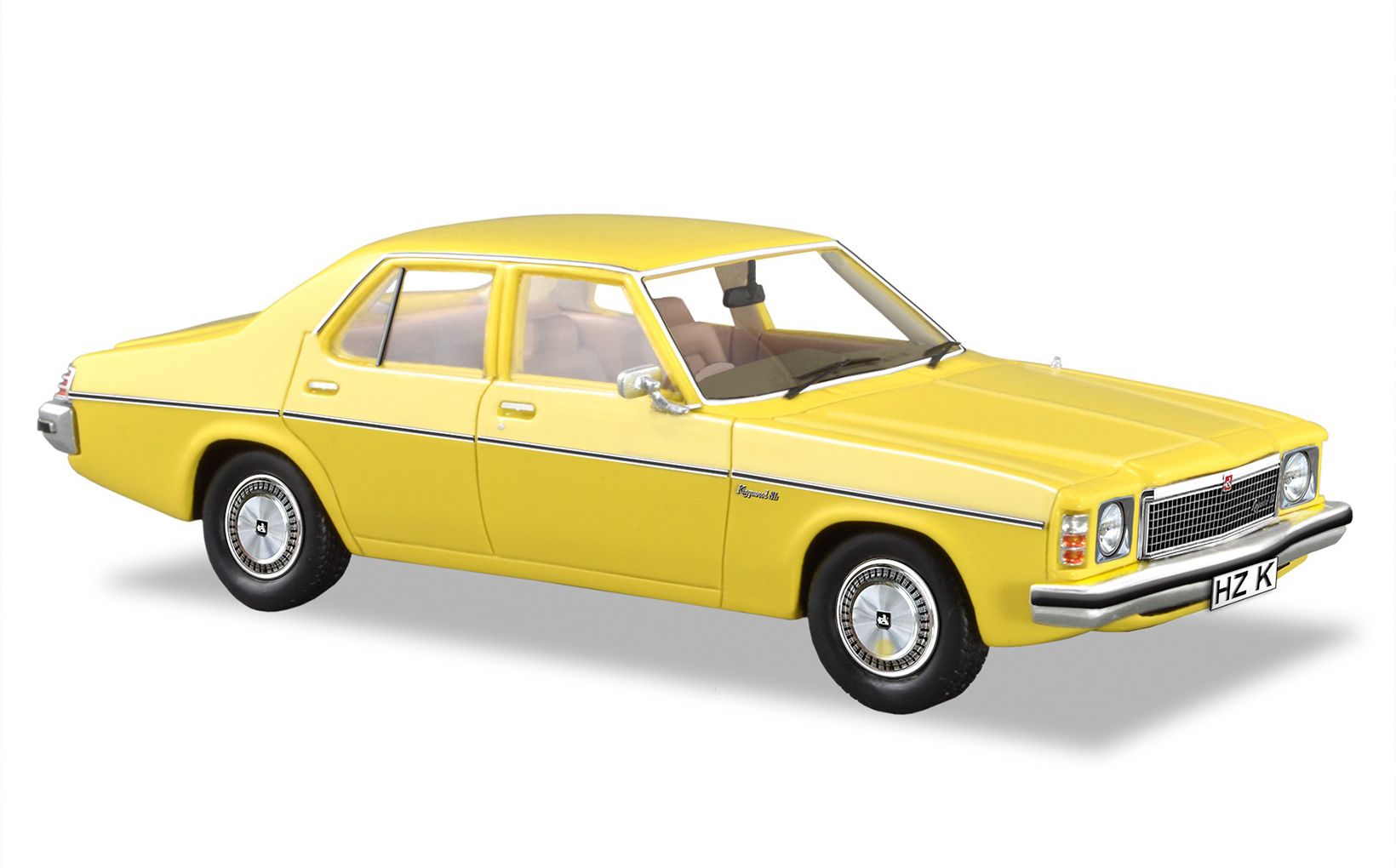 The HZ Kingswood was the mainstream Holden family sedan that regularly topped the sales charts. The HZ series was the last sedan offered in a body style that debuted with the HQ in 1971. The big difference was the introduction of Radial Tuned Suspension (RTS) and this was debuted in a hard hitting campaign against the Ford Falcon and Chrysler Valiant. Trax have captured all the detail with this replica in 1/43rd scale. Grab yours today before they sell out. 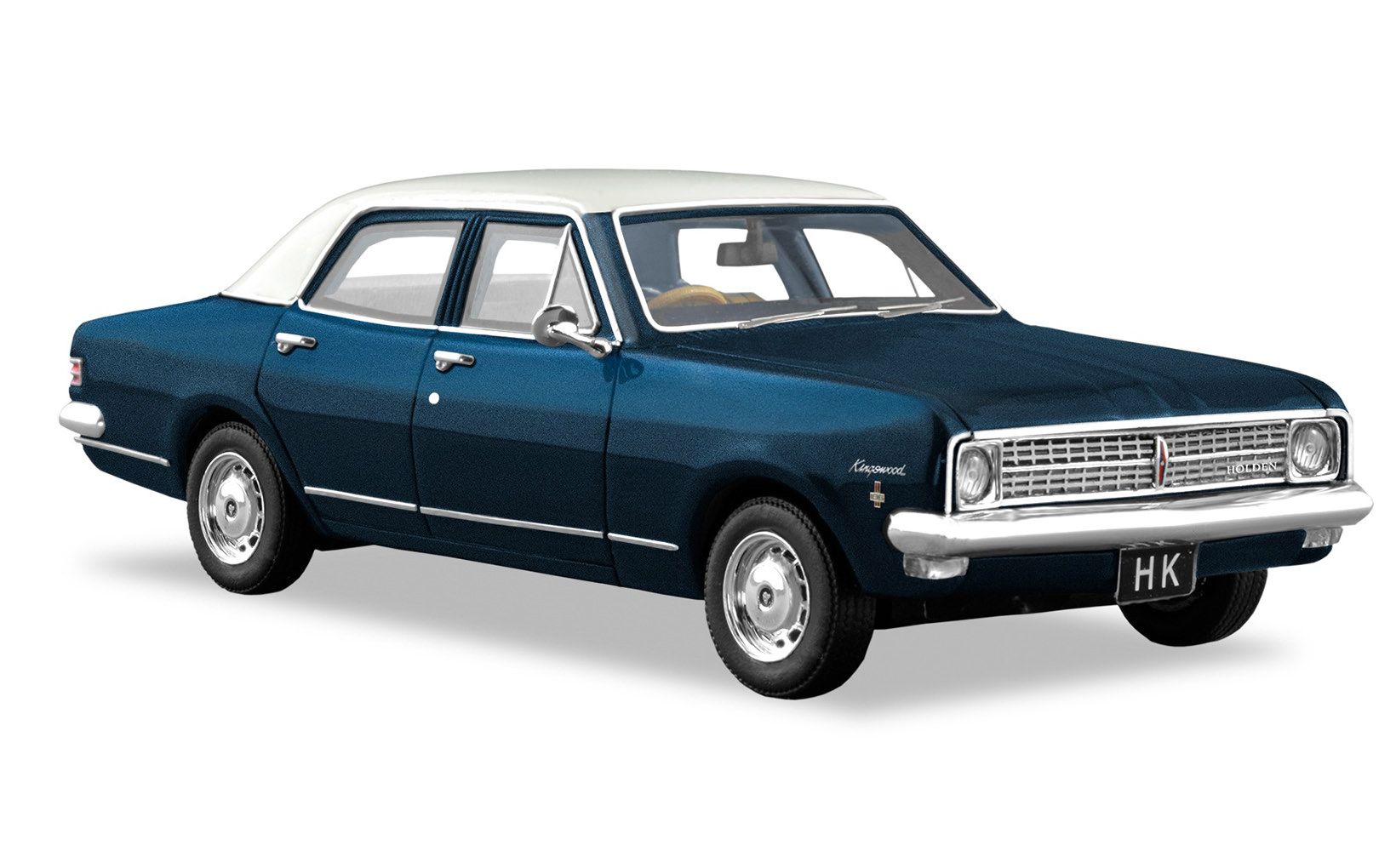 The HK was the first in an all new body debuted by Holden with a choice of six cylinder and V8 engines. The flared wheel arches were inspired by Oldsmobile and the car presented a new, larger size and a myriad of options. Little known is that the wheelbase was extended late in the development given the impending release of Ford’s XR Falcon. Trax has replicated the car beautifully in 1/43rd scale. Make sure you secure your piece of Aussie history while you can! 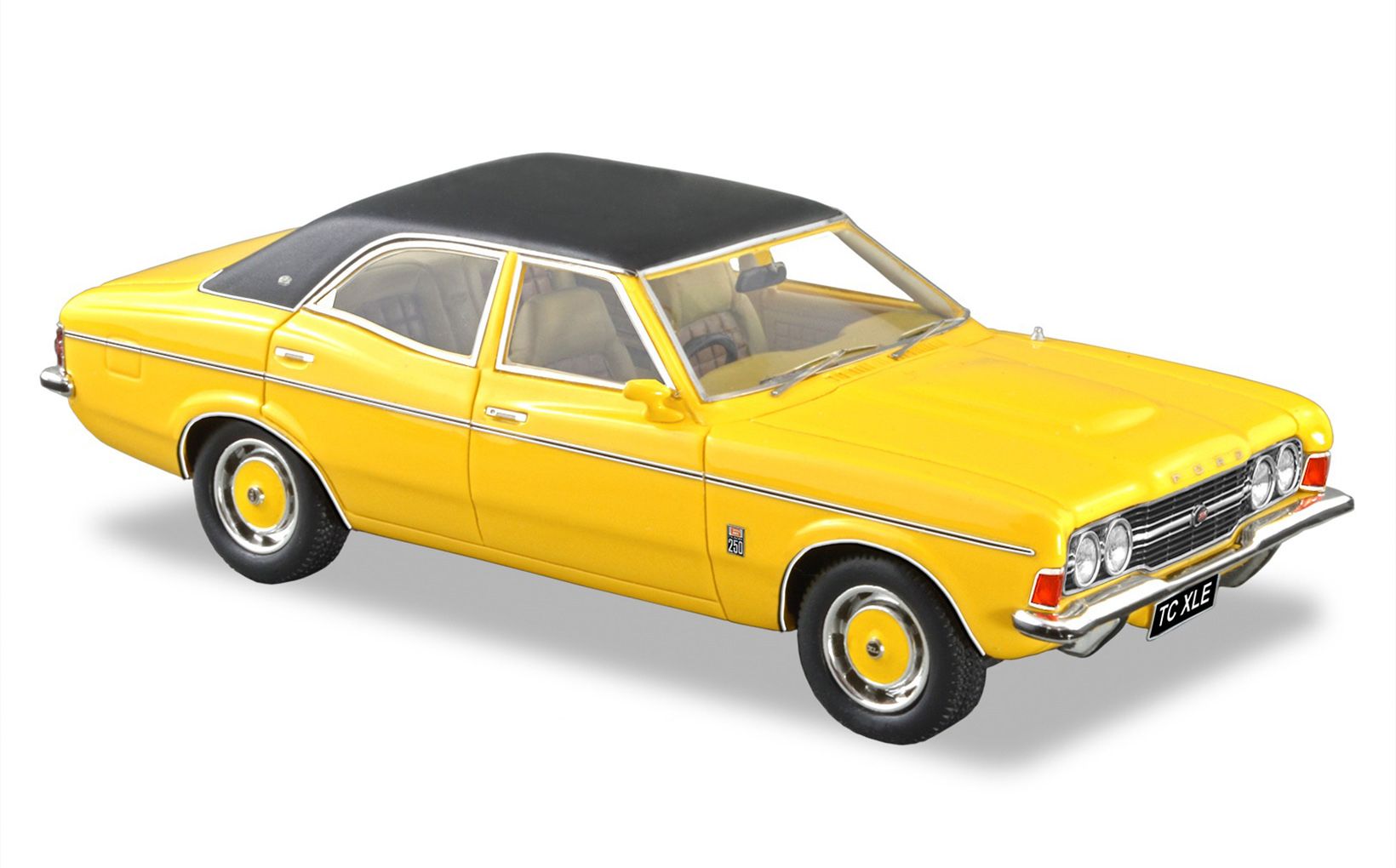 The TC Cortina was Ford’s larger medium sized car range, which offered a choice of four or six cylinder engines. The “coke bottle” styling featured raised hips over the rear door, giving the car a solid presence. Trax has faithfully reproduced this top of the line XLE version in 1/43rd scale very nicely indeed and is displayed in period colours. Make sure you order yours while stocks last. 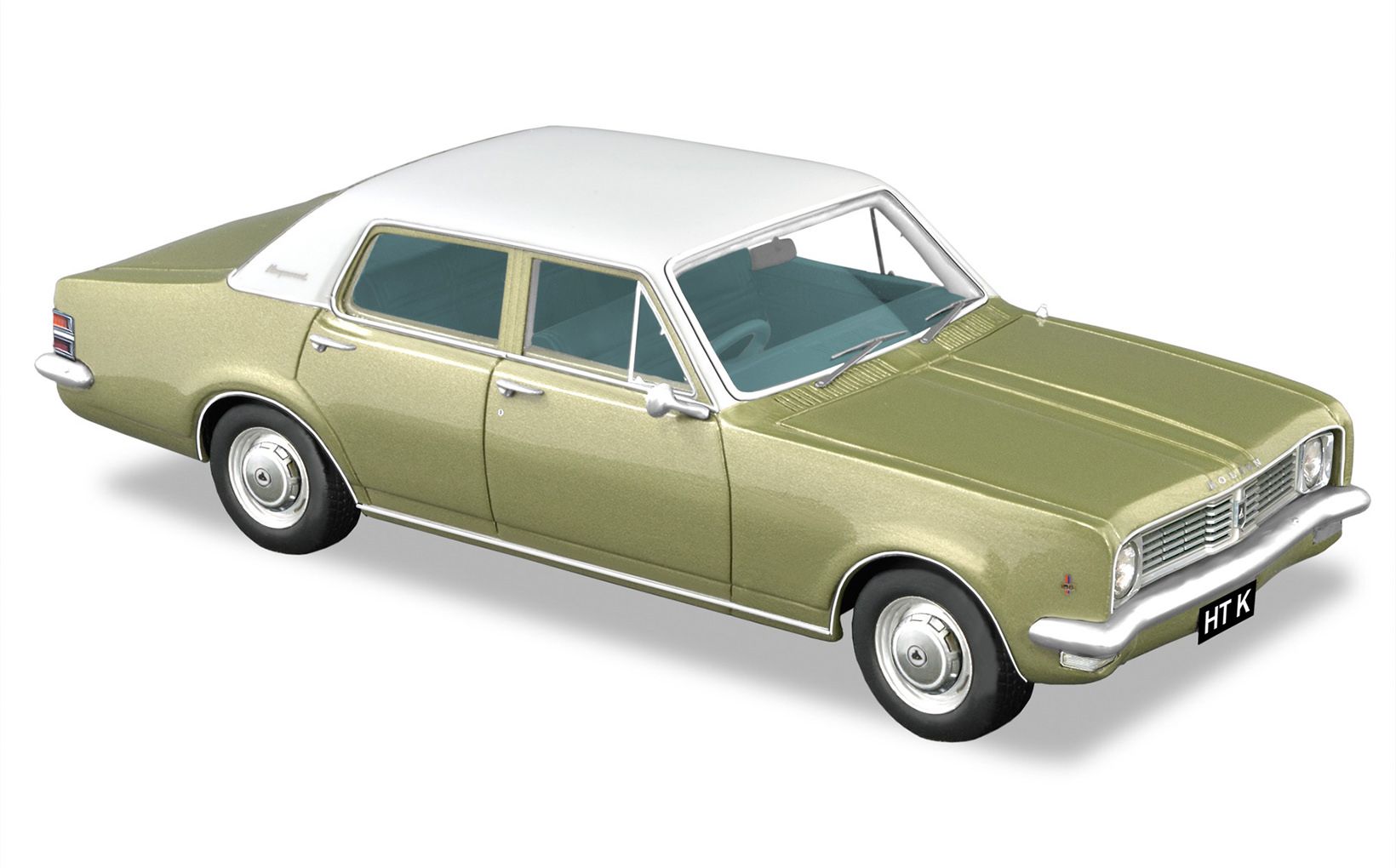 The HT was the second in this model series, offering new grille, wrap around tail lights and a larger rear windscreen. Big news was the release of the Australian V8 engines in 253 and 308 configurations. These replaced the 307 Chevrolet V8 that was offered in the HK series. Trax has done a wonderful job in capturing all the details in 1/43rd scale. This model will make an excellent addition to your Holden or Aussie model car collection. Order yours today! 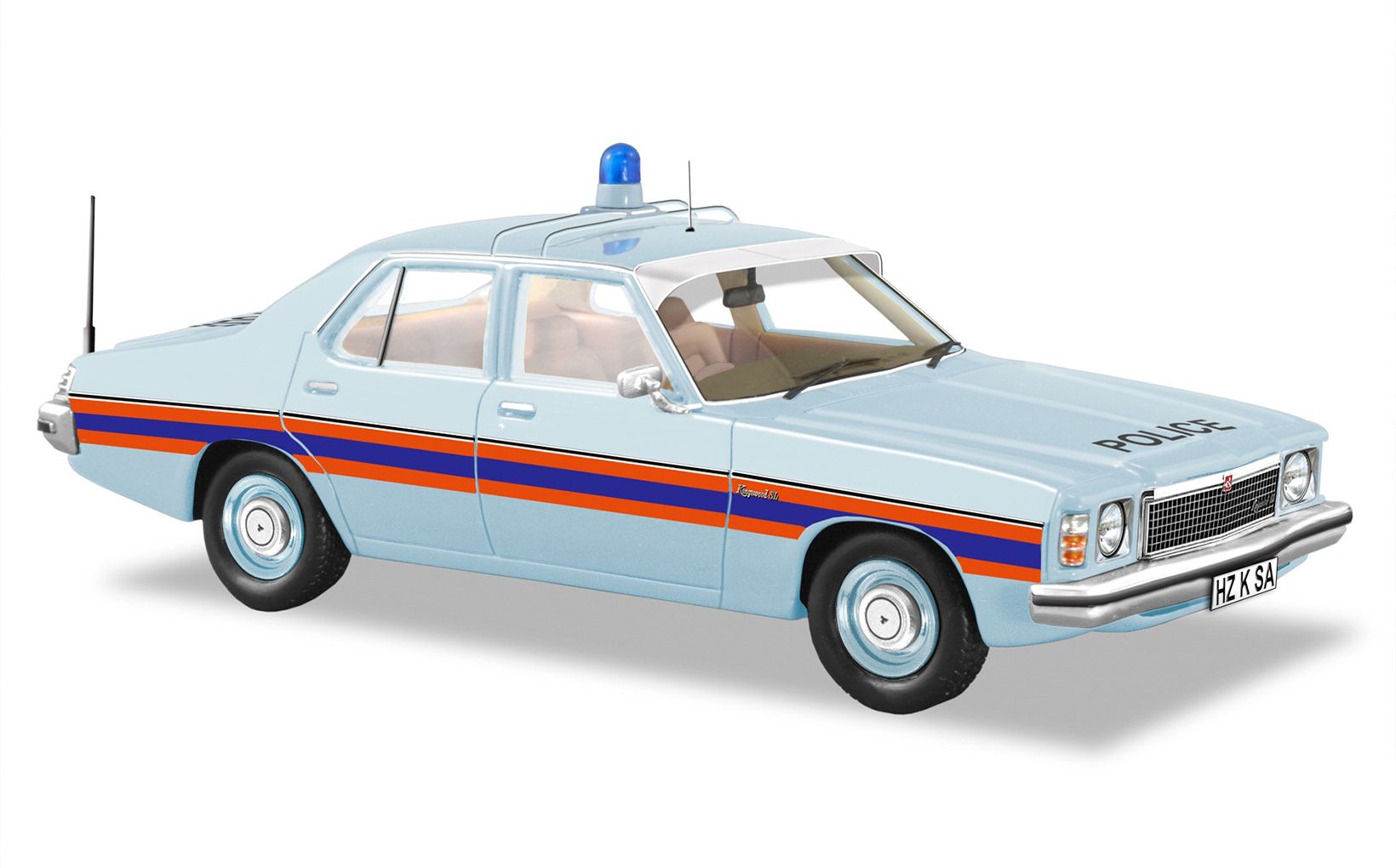 The HZ Kingswood offered the SA police force a rugged, durable car that could absorb the abuse dished out in typical service. Offered with the 4.2 or 5.0 litre V8 engines, these cars provided good power and torque to meet the needs of police, while offering comfort for the officers up front and the perpetrators out back. It is wonderful that Trax has reproduced this rare variant in 1/43rd scale. Apprehend yours today! 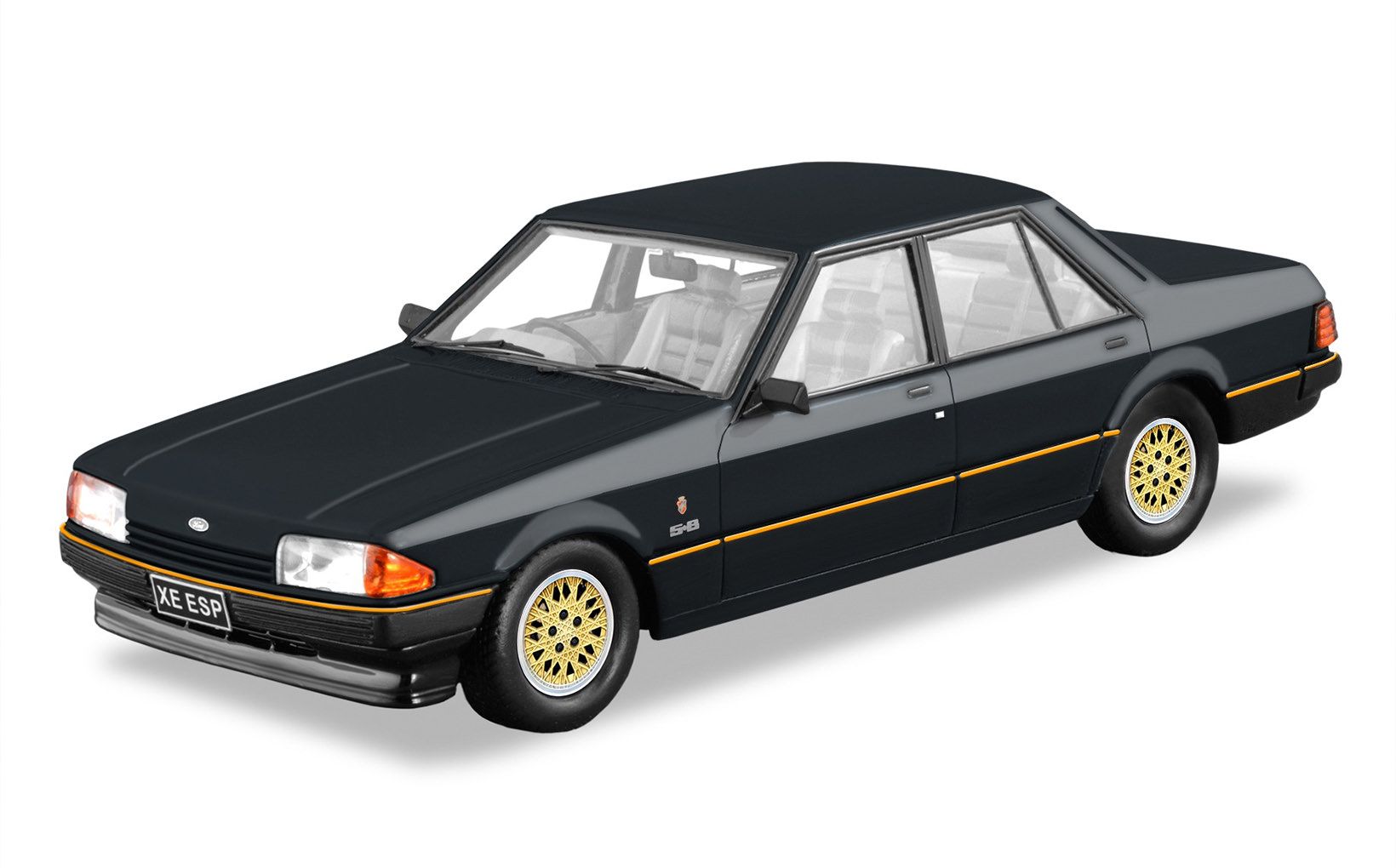 The ESP or European Sports Pack was a replacement for the GXL in the earlier XC series, which in turn was a replacement for the GT in the XB series. Trax has reproduced this amazing performance car in 1/43rd scale with the legendary 351 V8. Today this car is a much sought after collector vehicle. Just like the original you better not delay in securing yours today as this model will go fast.