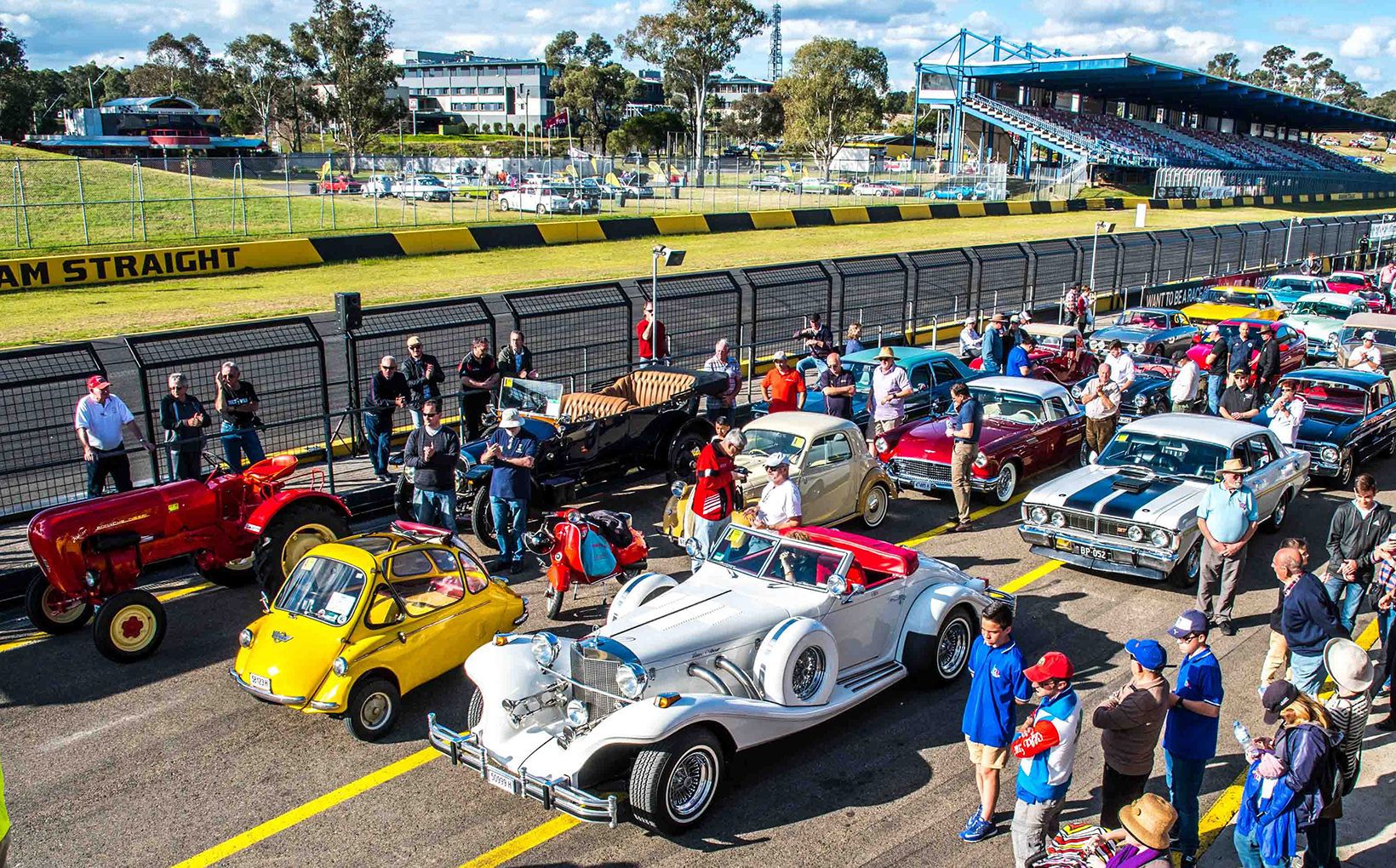 Shannons Sydney Classic proudly returns to Sydney Motorsport Park on Sunday 14 August. With around 1800 classic and veteran vehicles on display, it’s going to be a massive day with fun for the whole family.

The Shannons Sydney Classic will include cars, motorbikes, scooters, military vehicles, police vehicles, ambulances and fire engines, and will be going ahead rain, hail or shine.

Organisers have even secured a double-decker bus which will offer rides around the circuit for the cost of a gold coin donation. There’ll be trade stands, merch outlets, and entertainment for the kids such as face painting and balloon sculptures.

Ample parking on site and tickets allow you full access to all available areas of Sydney Motorsport Park for just $20, with kids under 15 free. Tickets are available here.

Aside from the huge array of delectable automobiles and club displays, the Council of Motor Clubs’ Shannons Sydney Classic will also be celebrating several important vehicle and club milestones in 2022 including:

Formed 20 September 1972, the SCCNSW was incorporated as a branch of the Vic club, adopting the same constitution and values. With fees set at just $6.00 per annum in 1972, social events soon followed, with a concours and even a motorkhana being held that same founding year. Fifty years on, the Studebaker Car Club of NSW remains as active as ever.

It was late 1971 when a small group of New South Welsh Benz enthusiasts came together to form an official club. The organisation now boasts over 850 members and nearly 3000 vehicles from representing all eras of Mercedes Benz’s storied history. Shannons is a proud Gold Sponsor of the MBCNSW. 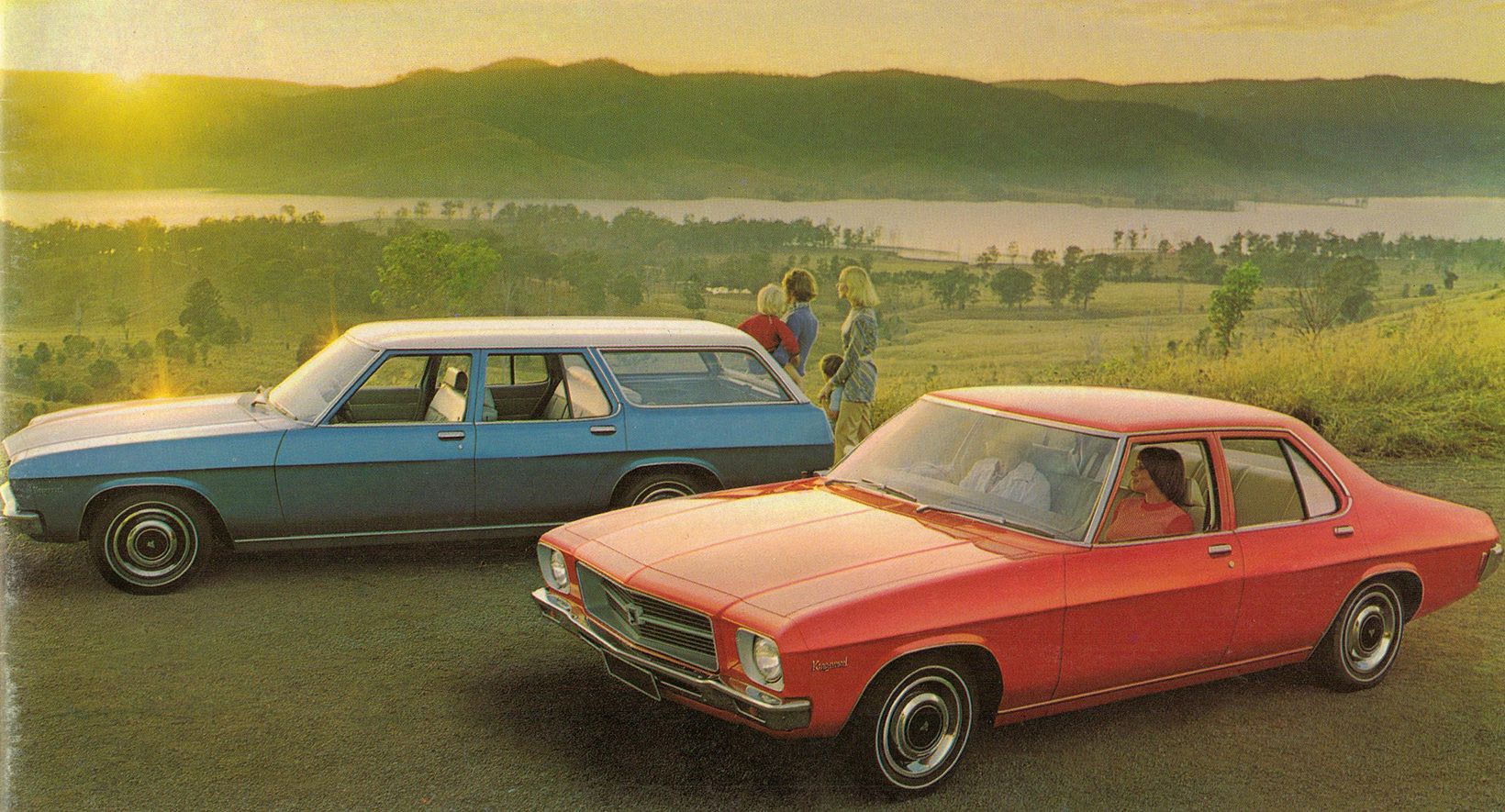 Billed as the first all-new Holden platform since the 48/215 of 1948, the HQ Holden, released in July 1971, went on to become one of the most popular Australian cars of all time. Over 485,000 were built, representing all facets of Aussie motoring, from the most basic of taxis to the beautiful Monaro coupe, tradie rigs, sports sedans, long-wheelbase limousines, and everything in between. It even spawned a one-make race series that continues to this day. 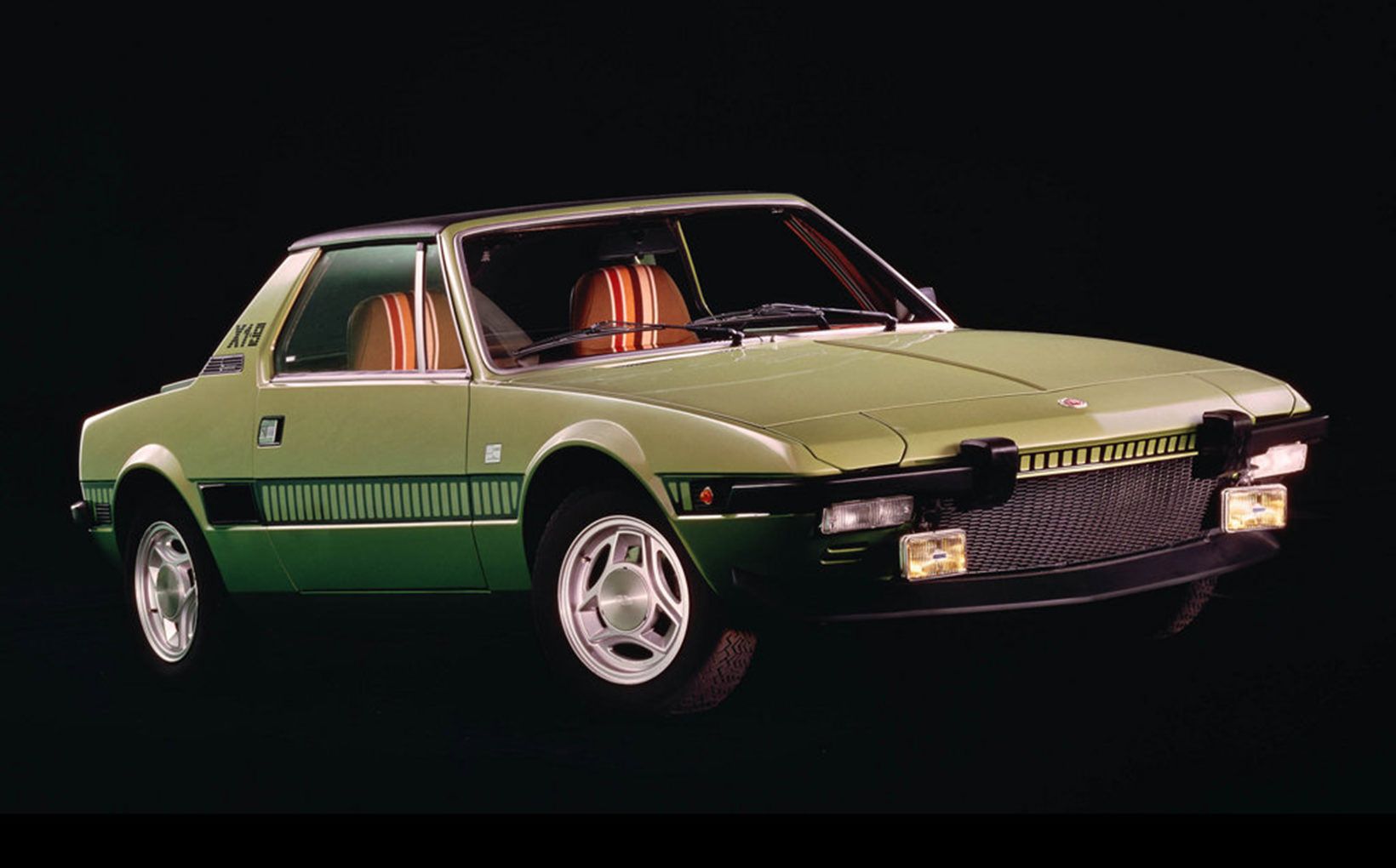 First drives of the wedge-shaped, mini supercar took place in November 1972. Styled by Marcello Gandini at Bertone, it weighed in at only 880kg, brought mid-engine motoring to the masses and remained in production for 17 years, the first decade at Fiat and the remaining years with Bertone themselves.

The Morris Marina sold 1.7 million units during its nine-year life cycle, where it was a popular if compromised rival to the Ford Escort and Vauxhall Viva. Penned by Roy Haynes, budget issues saw the stylish coupe share the sedan’s short doors, while the front suspension wasn’t much different to the Morris Minor that preceded it. Australia saw 30,000 Marinas assembled, including the twin-carb TC and the crazy-fast Marina Six, powered by an 2622cc E-series straight six lifted from the Leyland P76. 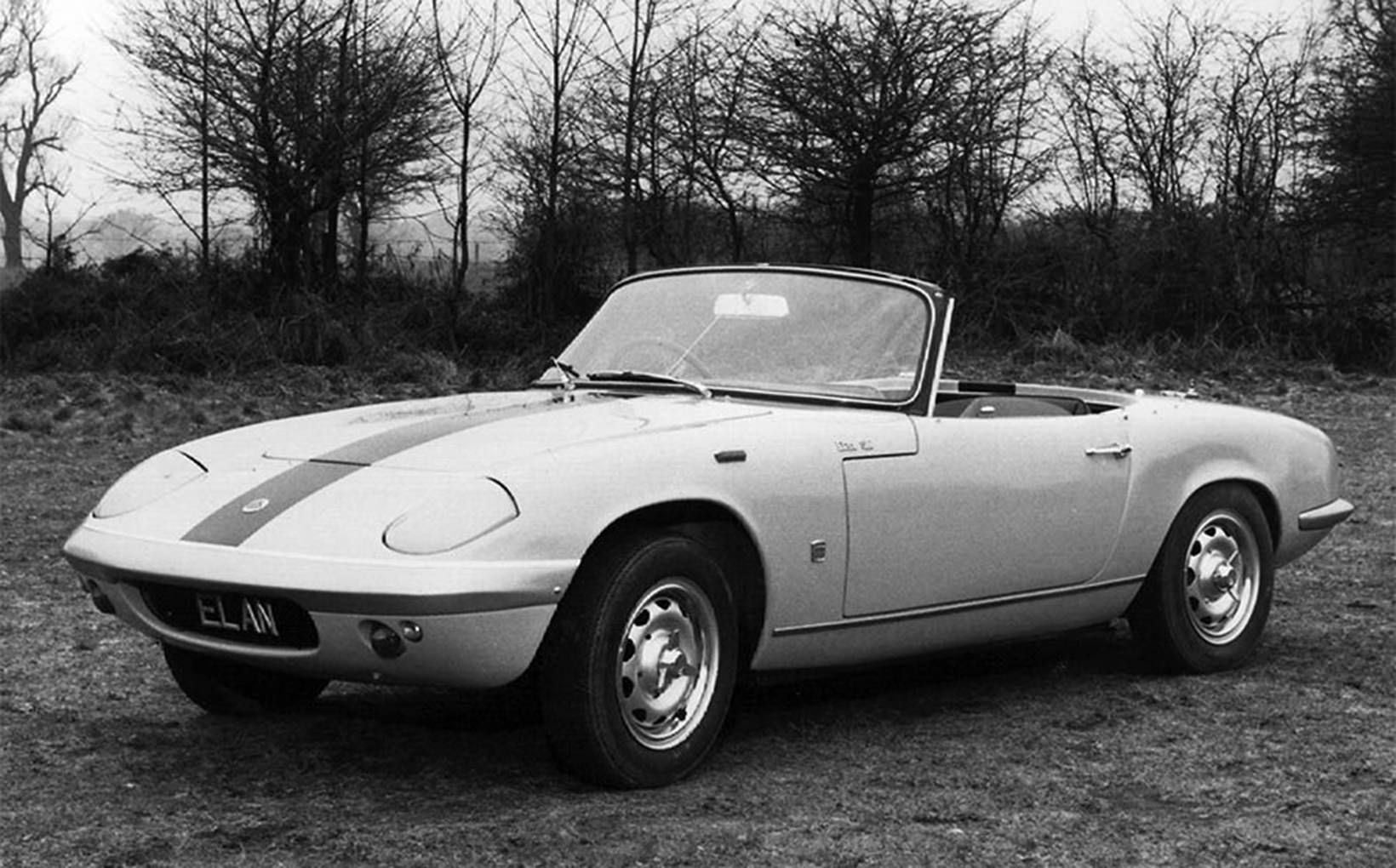 From the svelte shape styled by Ron Hickman, its four-wheel disc brakes and its industry-first usage of the Ford-based Lotus twin-cam motor, the Elan quickly became the benchmark against which many other sports cars are compared. Decades after its creation, it became the philosophical basis of the Mazda Duo 101 concept, which became the similarly legendary Mazda MX5. 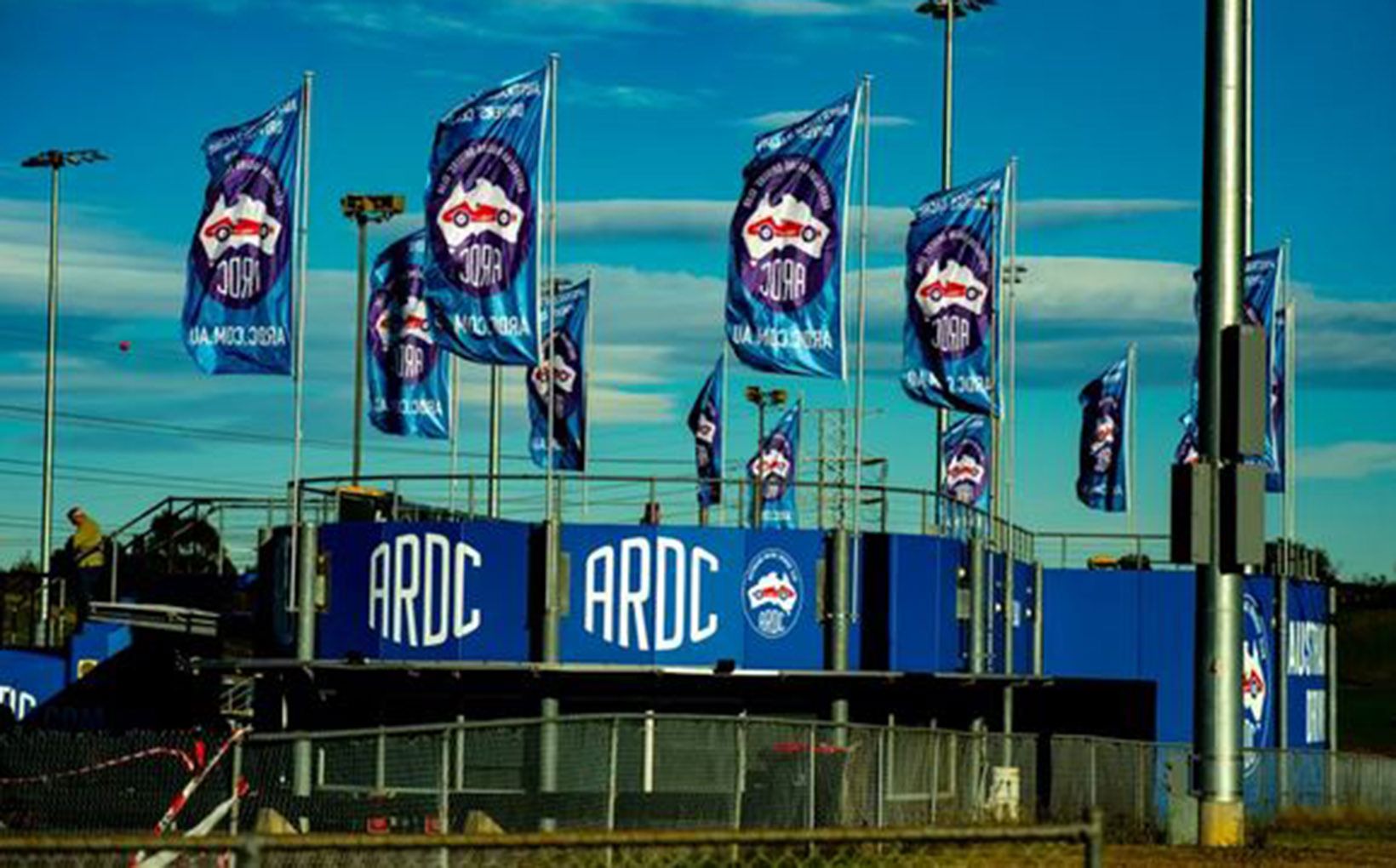 The ARDC is a non-for-profit organisation responsible for the day-to-day running of Sydney Motorsport Park. From its original home track at Mount Druitt, through to the Amaroo Era, then Eastern Creek, the Club has played a pivotal role in Australia’s motor racing heritage. In 1963, it was instrumental in moving the Armstrong 500 from the Phillip Island circuit to Mount Panorama, Bathurst and the rest, as they say, is Aussie motoring history.

The ‘baby’ Austin was touted as a ‘big car in miniature’ and it didn’t disappoint. Tiny by today’s standards, its 1922 standing as a complete automotive package for the average British driver had a detrimental effect on the wobbly microcars and cyclecars of the era, bringing proper motoring the UK masses. Borne 100 years ago, the Seven predated electric starters, had just two main bearings and splash lubrication. Sporting variants were as innumerable as they were unlikely, with the Seven seeing success at Brooklands and Monza, spawning the Aussie Meteor and the Austin Seven Swallow, which was so successful for Swallow Sidecars, they moved to new premises and became Jaguar.

Whatever your automotive bent, the Shannons Sydney Classic will have something for you to enjoy. 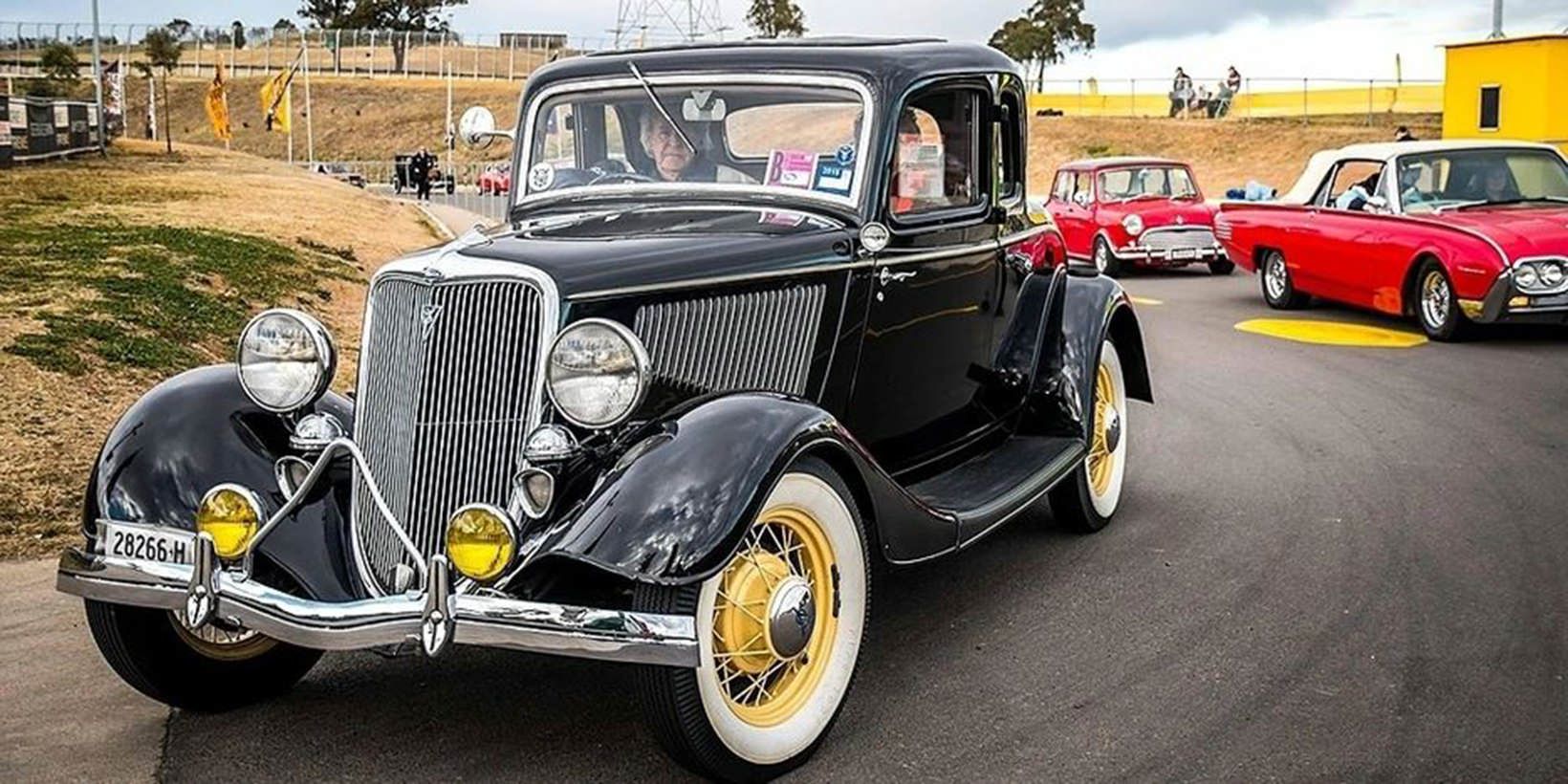