Shannons Shares its Passion for Holden at Bathurst 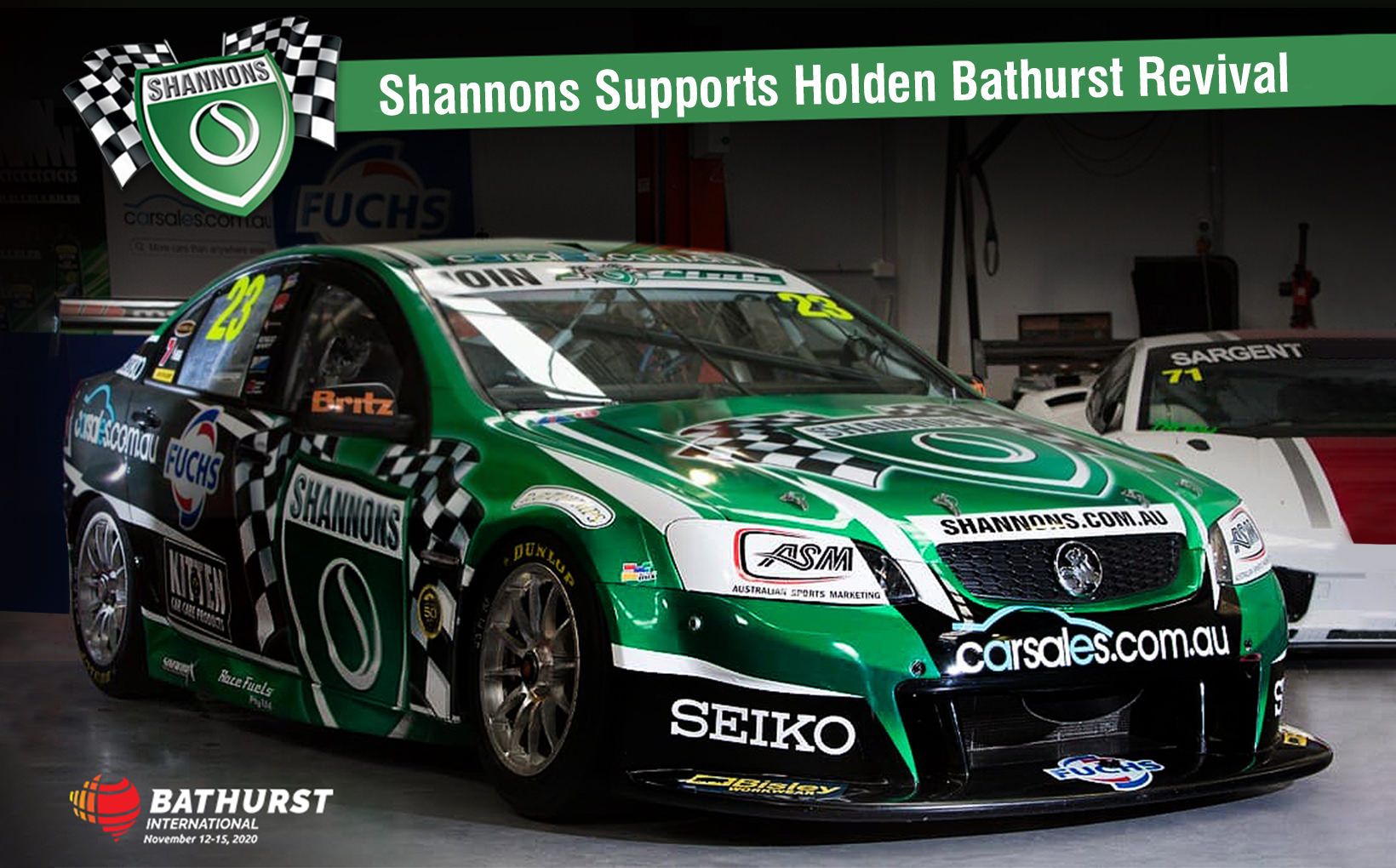 The Shannons Holden Bathurst Revival will celebrate the racing history of Holden at Australia's most iconic racing circuit in the final year of the legendary brand.

The event will feature a series of spirited, untimed track sessions open to Holdens from 1948 to the present era and encompassing almost every circuit racing category that the marque has been represented in.

Shannons is the insurer of choice for thousands of car and motorcycle enthusiasts, offering tailored products such as limited use and club plate cover, laid up cover for vehicle restorations and insurance for daily drives.

Shannons’ partnership with the Holden Bathurst Revival and Bathurst International complement its support of more than 1200 motorsport and enthusiast events around Australia, including the Shannons Motorsport Australia Championships featuring categories such as TCR Australia and S5000, and a long-running association with the Touring Car Masters series.

The popular Shannons Super Rig activation will feature at Bathurst International in the Harris Park precinct adjacent to Pit Straight, which will also be the location for the Shannons Holden Bathurst Revival paddock.

The Shannons Holden Bathurst Revival is expected to attract a large field of unique and interesting racing Holdens, with early entries including a range of Commodores from the 1980s to 2010s that raced in the Bathurst 1000, while early models are currently represented by the 48-215 (1948-1953) and FE (1956) Holden entries.

"Shannons is delighted to be a part of the Bathurst International as the naming rights sponsor of the Holden Bathurst Revival.

“Shannons is Australia’s premier insurer of classic Holden vehicles and we are as passionate about the Holden brand as our members are. A celebration of the great Australian car maker at the iconic Mount Panorama is an occasion we don’t want to miss, which is why we’re proudly supporting this unique and exciting event.”

"We are pleased to welcome Shannons, one of the great supporters of Australian motorsport at all levels, as a valued partner of the inaugural Bathurst International event and the Shannons Holden Bathurst Revival.

“When you think Shannons, you think heritage, enthusiasts and passion, elements which are brought together by our tribute to Holden in motorsport. Shannons is the trusted insurer for many owners of special Holdens, and a fitting partner for the Holden Bathurst Revival.”