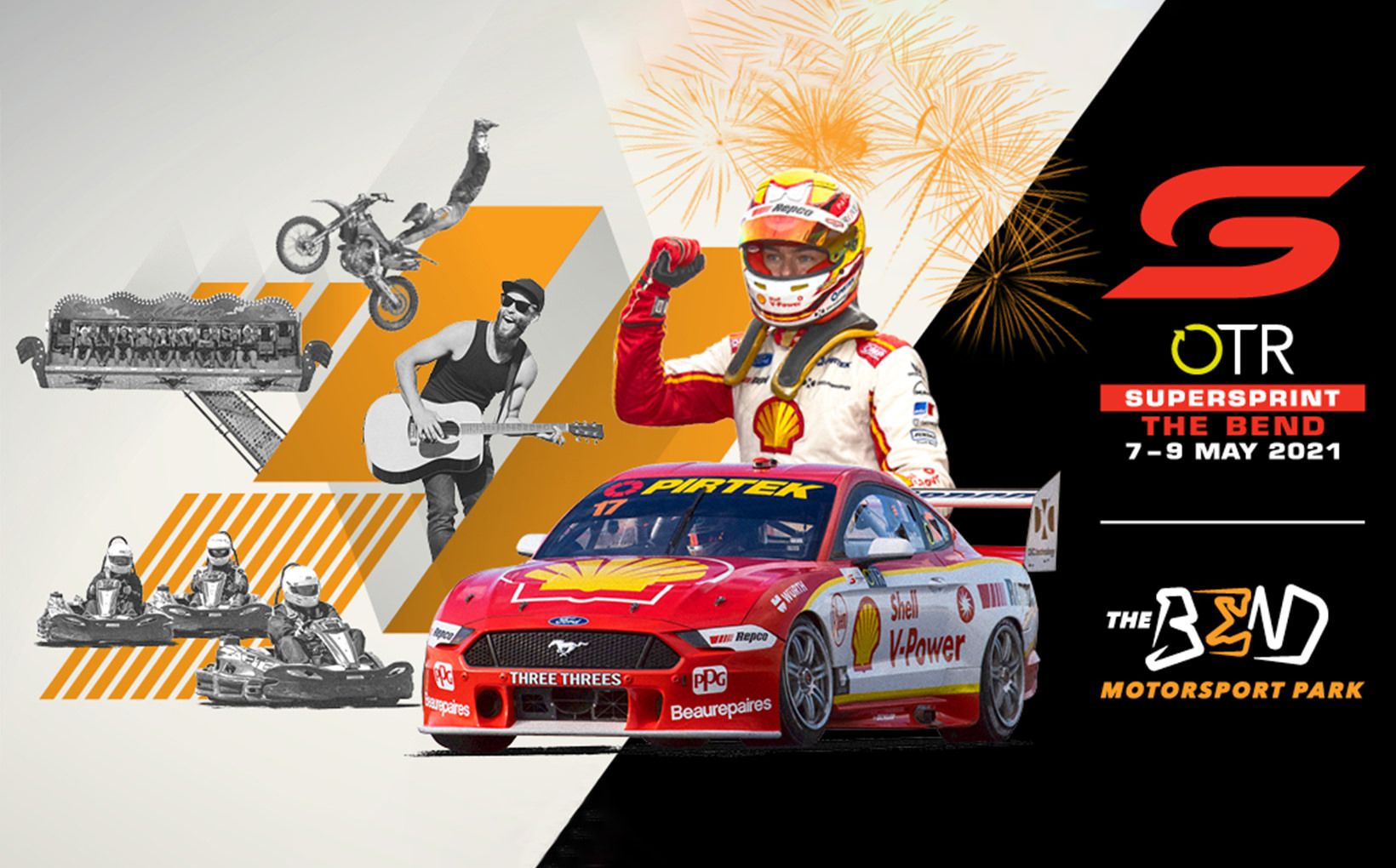 The roar of racing V8s returns to The Bend for Round 4 of the Repco Supercars Championship, as does Shannons with an exciting new sponsorship deal.

Shannons is proud to announce our new partnership with The Bend, which includes prominent signage on the main straight as well as the final corner. Furthermore, we’ll have a presence at every event going forward, such as the OTR Supersprint, International Superbike Double Header, Asian Le Mans, Shannons Motorsport Australia Championship, The Bend Classic and this weekend’s JDM Speed on Sunday, 2 May.

With the sonorous sounds of Australia’s premier touring car category no longer ringing through the City of Churches, the magic hasn’t disappeared, merely shifted venues. Never intended to replace the Adelaide 500, the Supercar event at The Bend offers the same sounds but a different take on tin-top racing, with on-site camping facilities replacing the cafes and restaurants of Rundle Street. Like the street race, there’s a full range of support categories and ticketing options, making The Bend the place to be 7-9 May 2021.

Perhaps this heralds a return to the historically grassroots feel of bygone touring car events; after all, the sport was forged in an era of rural racetracks like Mallala, Phillip Island and Winton. Street circuits are few and far between by comparison, and it was great while it lasted, but embracing change is an important part of growth. So, grab your tent, grab a swag and a Thermos full of the darkest black coffee, because waking up trackside with a bent-eight powered Supercar on full song is better than any alarm clock. The Bend is happening and it’s going to be legendary.

Of course, if camping isn’t your thing, shuttle busses depart from the Adelaide CBD, Marion, Mawson Lakes, Mount Barker and Murray Bridge, dropping you in the action for a mere $10 return.

But first, what to expect? Shane van Gisbergen has shown a clean set of heels during the first three rounds of the Repco Supercars Championship; his six race wins so far have placed the Gis and his ZB Commodore at the top of the leader board going into to Round 4. There’s trouble brewing though; Cam Waters is the literal dark horse, his menacing black Monster Energy Mustang nipping at van Gisbergen’s clean heels. Placing on pole three times so far this season, tyre life has been his bugbear and a race win has so far eluded him. 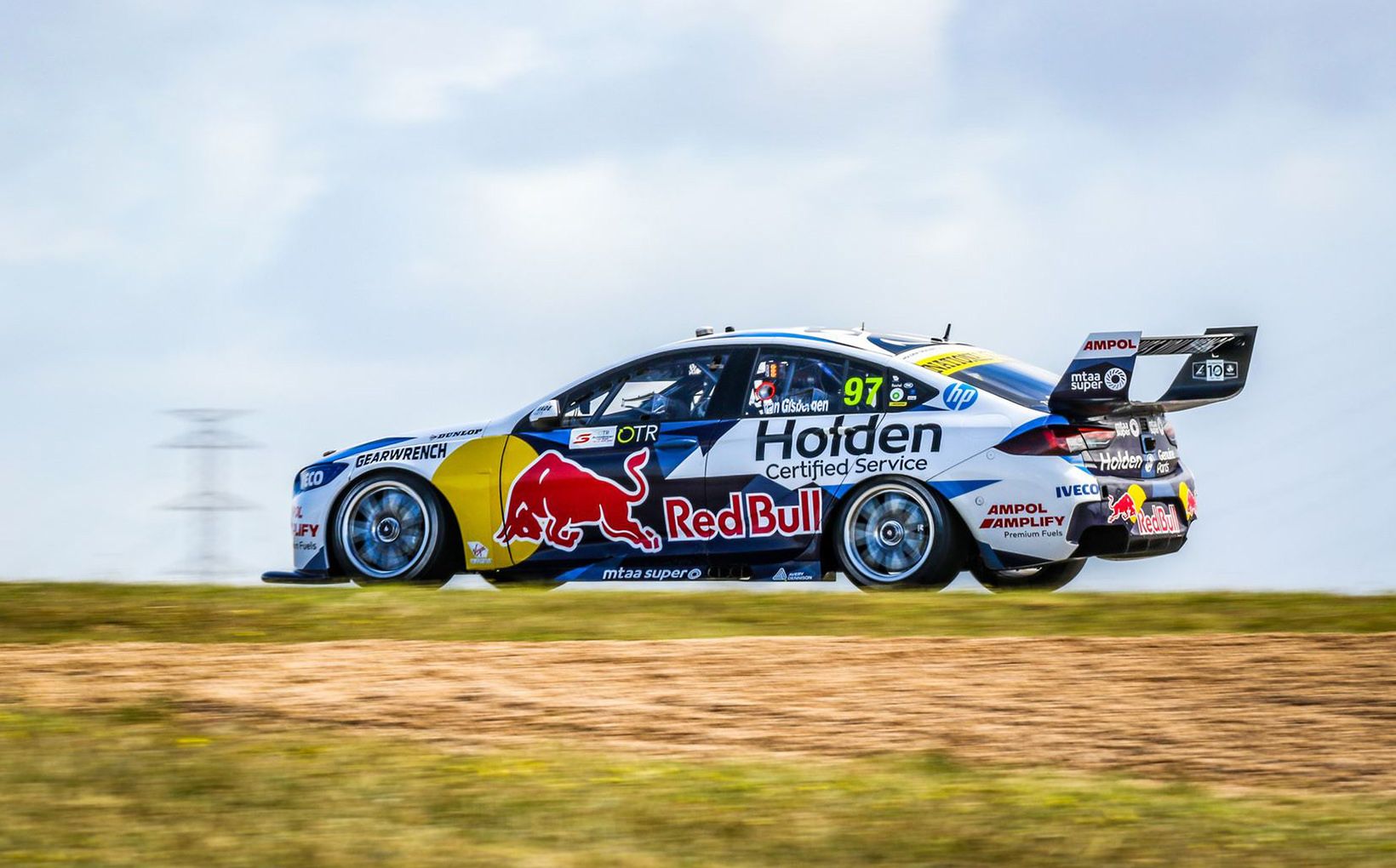 Although van Gisbergen’s teammate Jamie Whincup can’t be ignored – he is a seven-time Champion and four-time Bathurst winner, after all – it’s Chaz Mostert that the Gis needs to keep in his rear-view mirror. Mostert’s win at the Beaurepaires Tasmania Supersprint was his first for Walkinshaw Andretti United and the team’s first since Scott Pye’s single 2018 victory at the Melbourne 400.

Away from the Supercars, Mostert is having a ripper season in the TCR Australia Touring Car Series, putting his Audi RS3 on the podium seven times across nine races so far, with a third, second and five firsts, including a clean sweep at Bathurst in early April. The man has his eyes on; will he hustle his big V8 Holden in front of the Gis and show him how it’s done? Or will van Gisbergen, as the 2018 Bend winner, rule supreme? 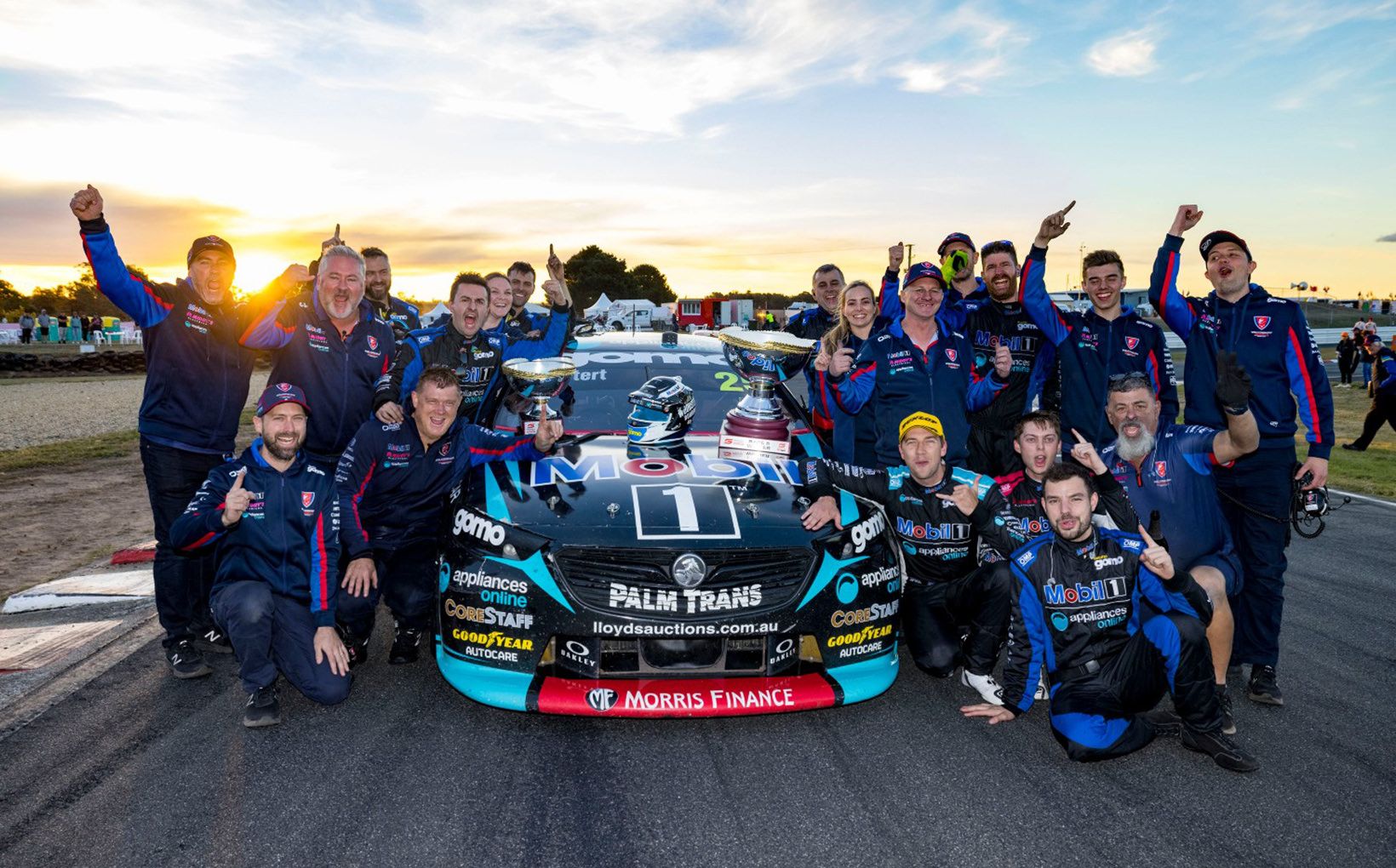 Like the Adelaide 500 of yore, the OTR Supersprint includes a full array of support categories, with the Fanatec GT World Challenge Australia Powered by AWS being the headliner. Round 3 of the GTWC will be decided via a pair of 60 lap, one-hour mini-endurance races, with exotic cars from Porsche, Ferrari, Mercedes-AMG, McLaren, Audi and Lamborghini expensively jostling for position on the flowing, 4.9-kilometre International Circuit.

One-make racing series are always fun; when the only difference between the drivers is a combination of skill and luck, there’s sure to be some action. Australia’s premier one-make category is the Porsche Paynter Dixon Carrera Cup and this time, V8 Supercars legend Craig Lowndes is stepping into a 991 Gen II-model Porsche 911 GT3 Cup race car to set the Craig amongst the pigeons. His drive hosted by David Wall racing, Lowndes is competing in the first two rounds of the Carrera Cup, which is currently being lead by Cameron Hill. A second and two firsts in Round 1 at Sandown has given Hill a convincing lead, but the ‘Smiling Assassin and Now Retiree’ still has the fire in his belly, nabbing a podium in Race 2 at Sandown and placing himself a credible seventh in the standings. 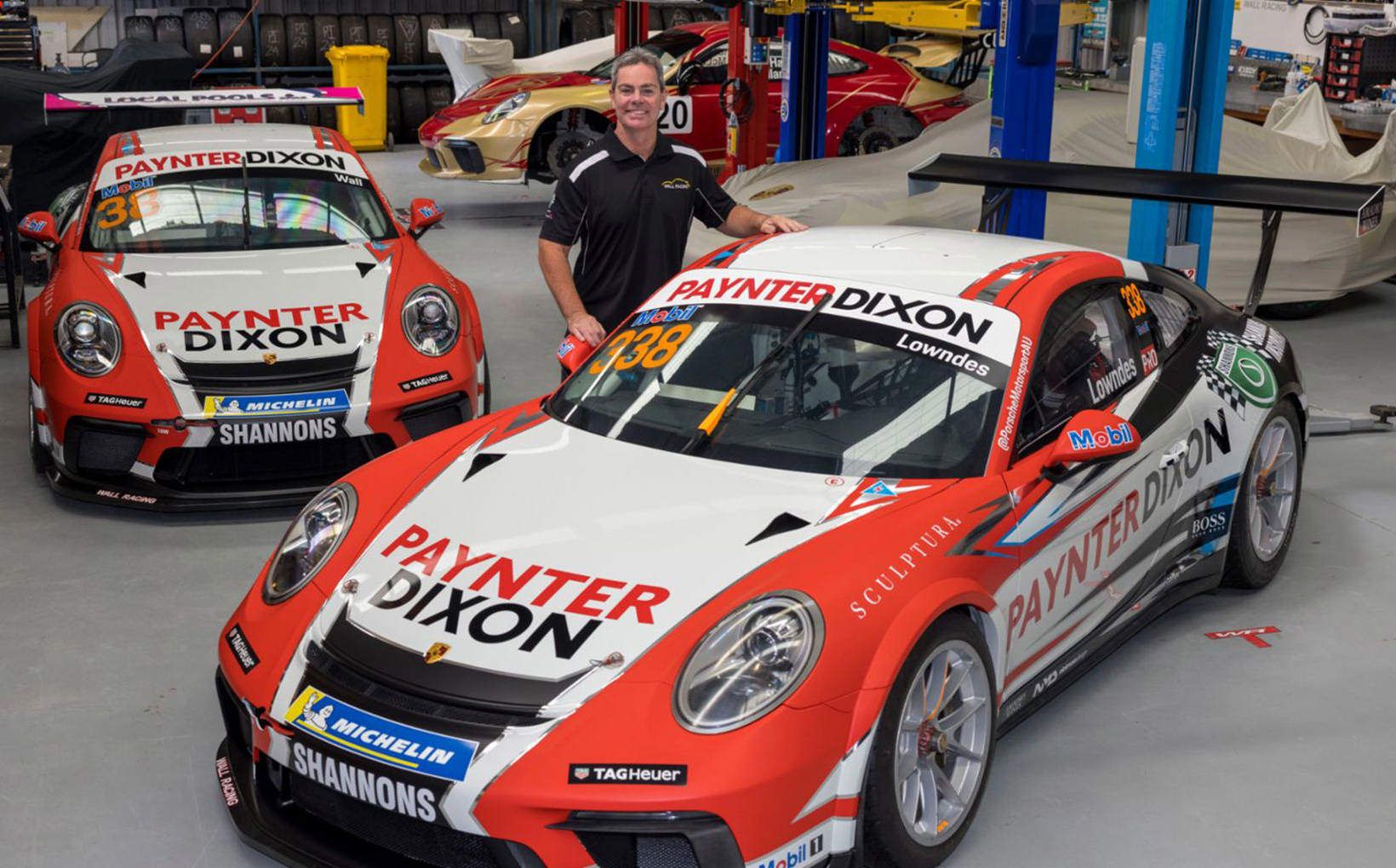 Big news for those that like their racing just a little rough and ready; V8 SuperUtes are making their racing debut at The Bend after a couple of years in the wilderness. With the cessation of production of Aussie-built Ford and Holden utes in 2016 and 2017 respectively, the V8 Ute Racing Series folded in deference to the SuperUtes Series. With their dual-cab bodies and turbo-diesel powerplants, they became a more accurate representation of what the average tradie would drive, with competitors driving Ford Rangers, Holden Colorados, Mazda BT-50s, Mitsubishi Tritons, Toyota Hiluxes and Isuzu D-Maxes.

But the high-riding rigs did not make for an engaging race series in 2018 or 2019; some spectacular rollovers failing to make up for the loss of the V8-powered Aussies. Slow lap times, sparse grids and clattering diesels didn’t help, and the decision was made early in 2020 to take the year off and regroup. Strangely, the COVID-19 pandemic wasn’t really part of the issue as teams, most of whom owned their utes outright, agreed to repower the entire category with GM-sourced, 6.2 litre LS3 V8s. Yes, even the Fords. And if you’re at The Bend, you will reap the benefits!

Rounding out the on-track action will be the Group N Historic Touring Cars. Unlike the Touring Car Masters often appearing at the Adelaide 500, the Group N Historics do not enjoy wild flexibility in terms of power and braking upgrades. Instead, they are the purest representation of our nation’s proud tin top heritage, but that doesn’t stop racer Paul Stubber from slewing his 1969 Chevrolet Camaro sideways at every opportunity he gets.

All up, this event promises to be an awesome mix of touring cars, utes, exotics and historics; what more could you want from an Aussie race meet? Furthermore, rolling straight out of bed and into an award-winning racing complex is the stuff of dreams for those with engine oil in their veins and a heart that thumps to a V8 beat. 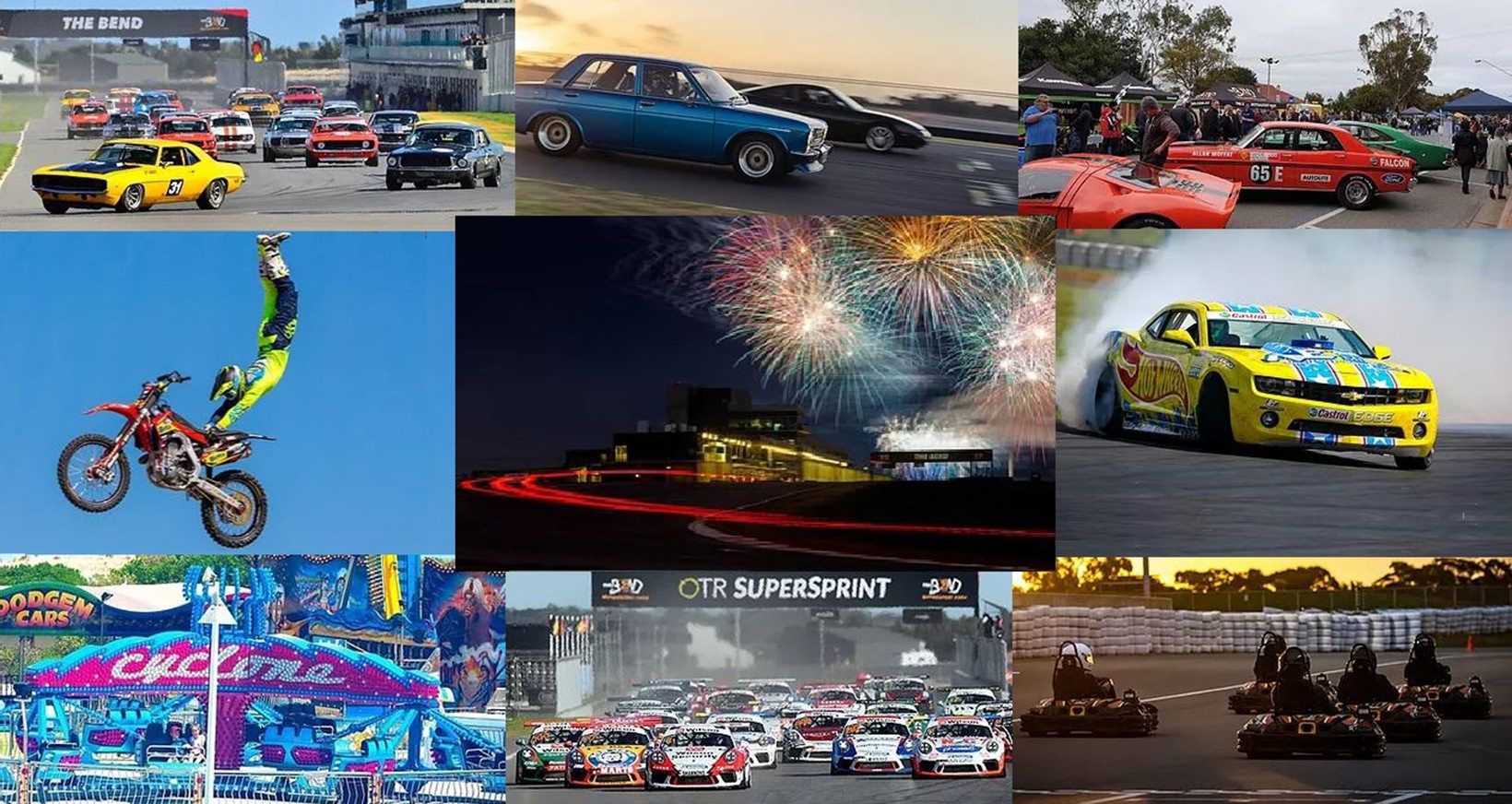 Ticketing options include general admission passes for one, two or three days with kids under 15 free, a premium GA ticket offering access to The Bend’s SuperDeck, weekend grandstand tickets, camping options and a shuttle bus to and from several different locations. With The Bend the only SA venue to get your top level motorsport fix this year, it’s time to shed the shackles of the past and get Bent. Tickets available here, and thanks to our new sponsorship deal, we’ll see you there.