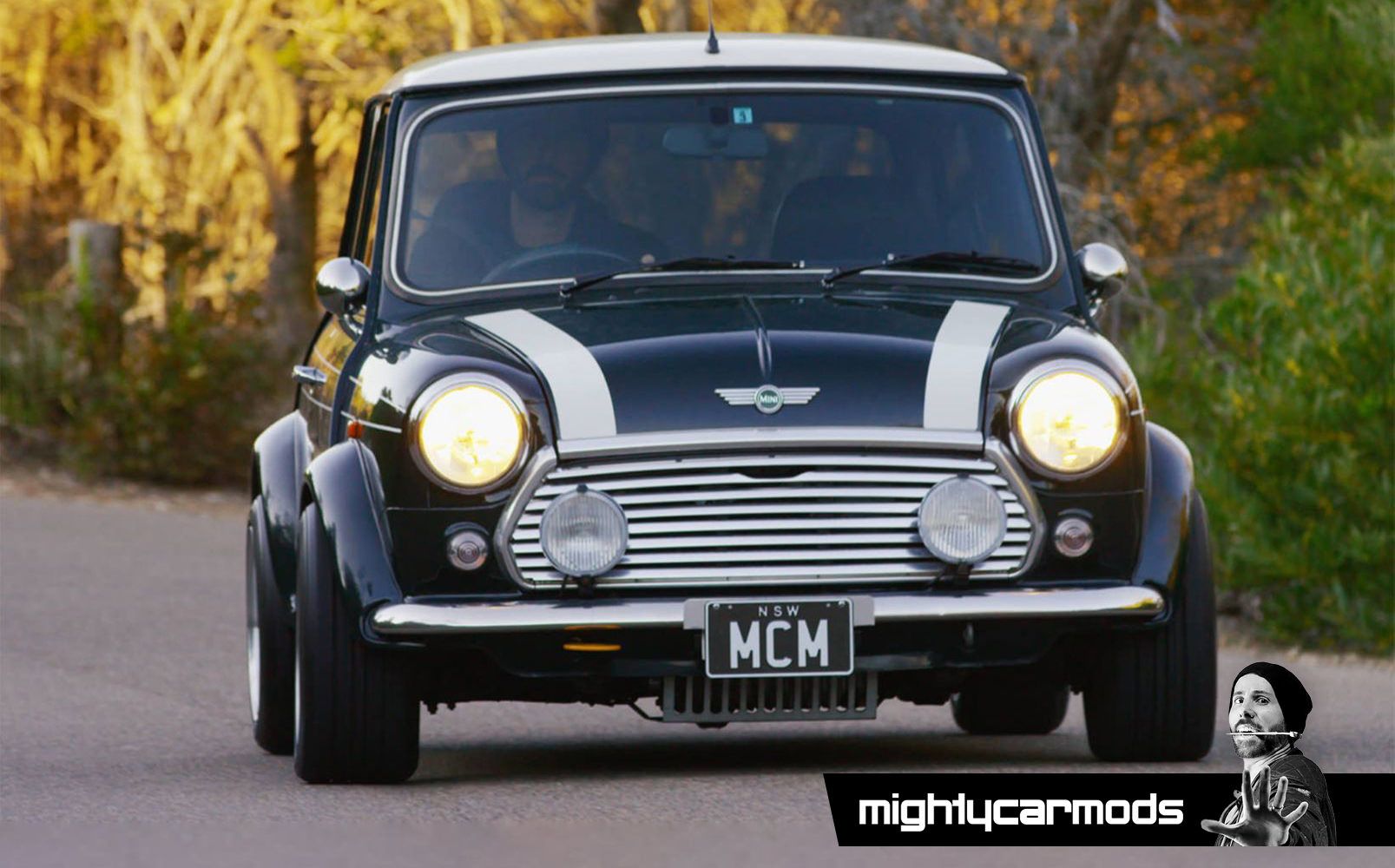 Moog has a long history with Minis, having spent plenty of time behind the wheel of Sir Alec Issigonis’ legendary front-driving small car as a young fella. It is a well-known fact that Mini owners never forget theirs, and once Moog was in a position to own another he went right out and bought himself a JDM Mini.

Before everyone writes sternly-worded letters in telling me the Mini is an iconic British car, there were models sold new in the Japanese market until only 20 years ago. The Mark VII “classic” Mini model sold new from 1996 until the curtain came down in 2000, when the BMW-owned New Mini took over the mantle.

Rover had been building the classic Minis at Longbridge in Birmingham since British-Leyland collapsed in 1984, with the final version appearing in two forms that were based around the 1976 Mark IV body shell, but sported large fibreglass flares from the Mini Special. Under the stumpy bonnet lived a 1275cc A-series making a lively 46kW thanks to twin-point fuel injection, while a four-speed manual put the power down. 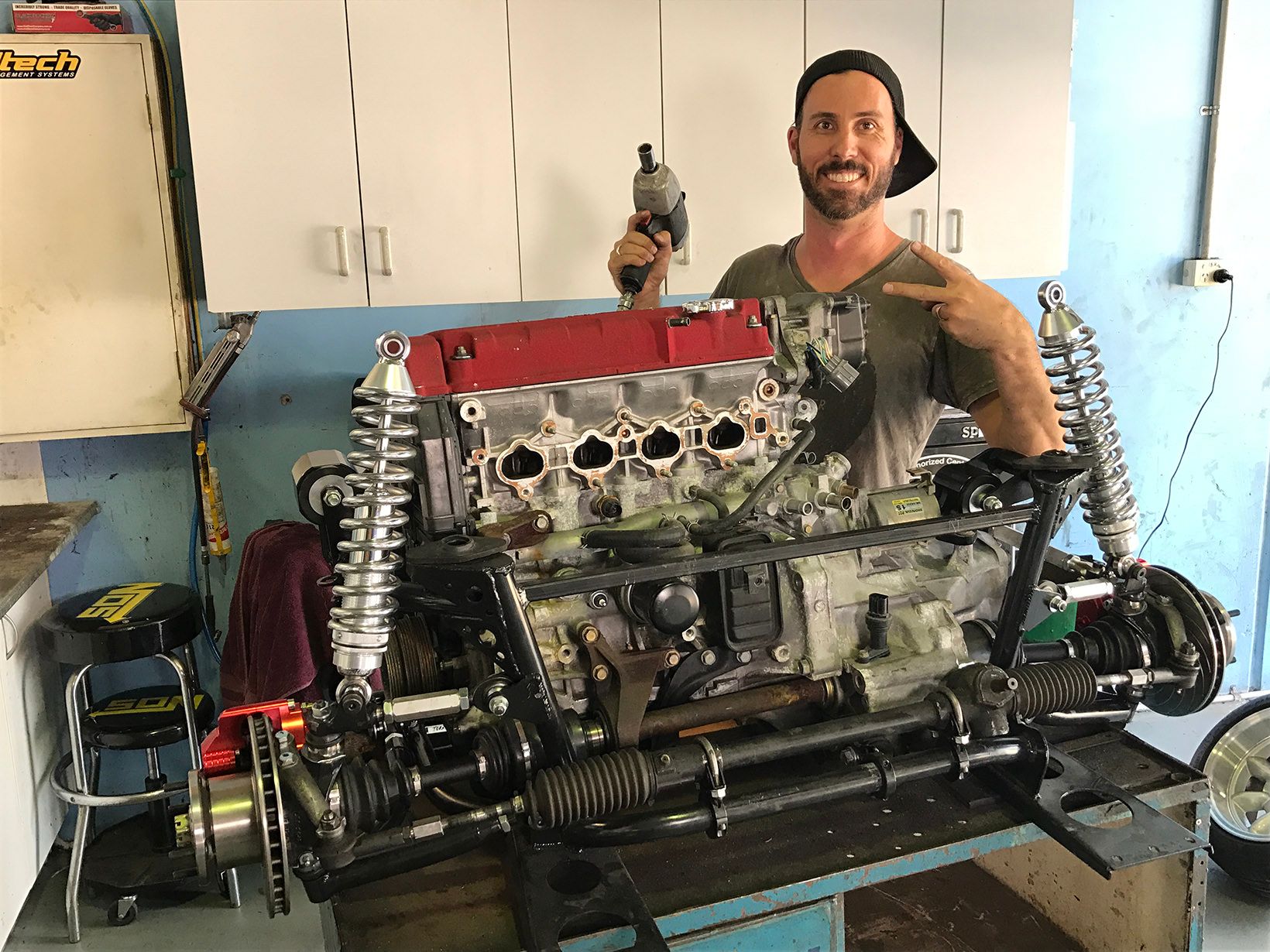 The Japanese model scored an internal bonnet release, a full-length dashboard (with timber detailing!), leather trim, an airbag for the driver, plus details like drilled aluminium window winders and pull-handles. It even scored air conditioning, which helped bloat the Mini’s weight up to 740kg.

Moog didn’t care as once he had his British Racing Green example in Australia he quickly put it through local compliance modifications, before adding a supercharger to the original 1.3-litre A-series motor and fuelling it with E85. It became the first supercharged classic Mini in the world running on Ethanol. While fun, it still left Moog’s mustard decidedly un-cut, and so he and Mini specialist Miles “Dose Vader” Stinton got to work swapping in a 1.6-litre DOHC VTEC Honda B16 engine from a Japanese Civic Type R. 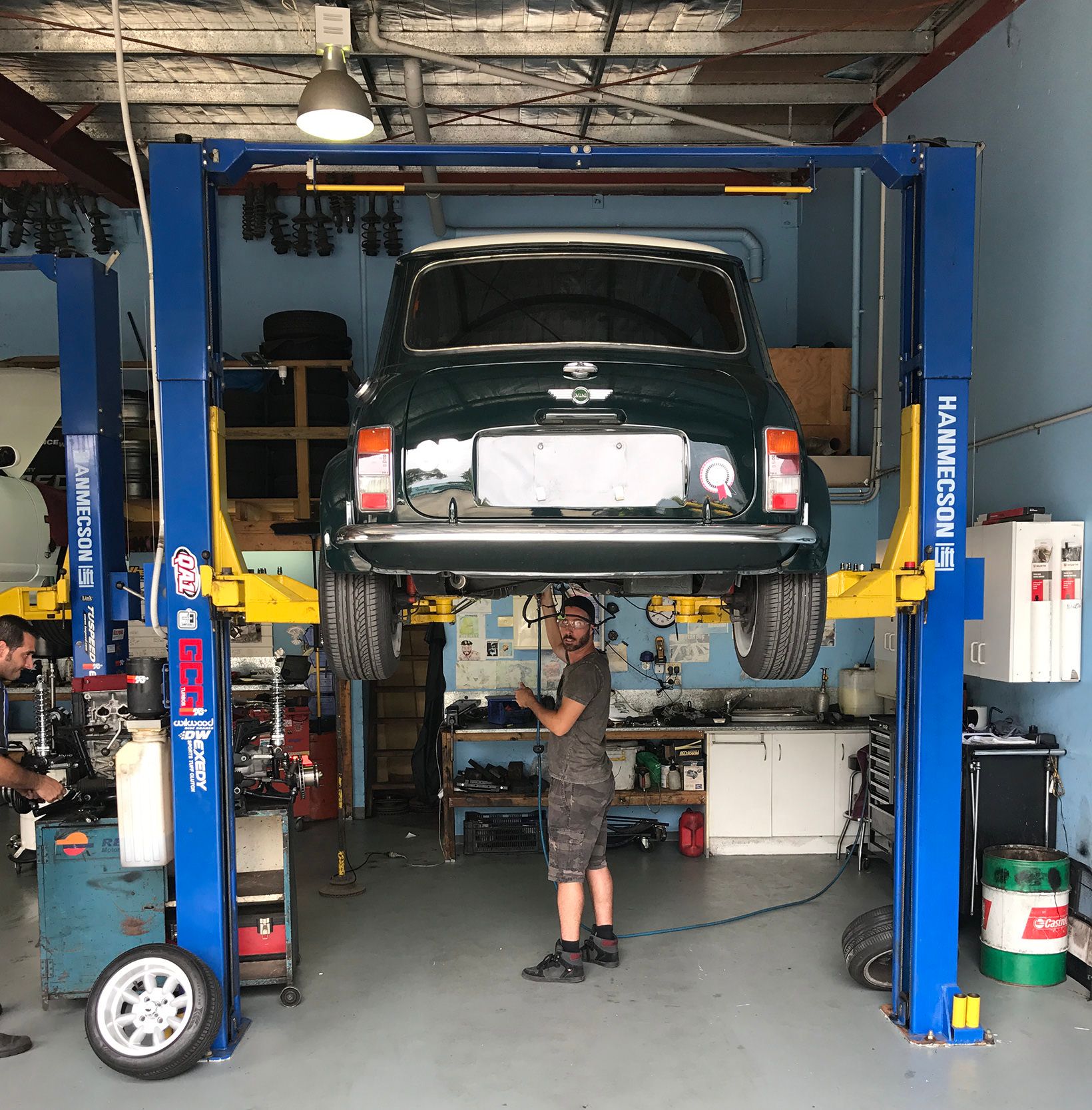 Requiring a new subframe and plenty of modifications to the Mini’s floor and pedals the 160kW upgrade tripled the Mini’s power and transformed the tiny two-door into a fearsomely fast street car. Impressively the Honda VTEC swap retains the car’s ties to the Japanese Domestic Market and naturally aspirated four-cylinder performance engines, and it is still perfectly useable as a daily driver on Sydney’s streets.

However, the race track is the perfect place to stretch Moog’s Mini’s legs, as the rush experienced as it hits VTEC is similar to a big-turbo GT-R Skyline (or Moog’s wild GT-R-powered Fairlady!). Moog has said several times that the Mini is his favourite car in the MCM fleet, and one he’ll never sell.