Australia’s most iconic movie car, the ‘Interceptor’, has been put up for sale by the Orlando Auto Museum in Florida, USA. 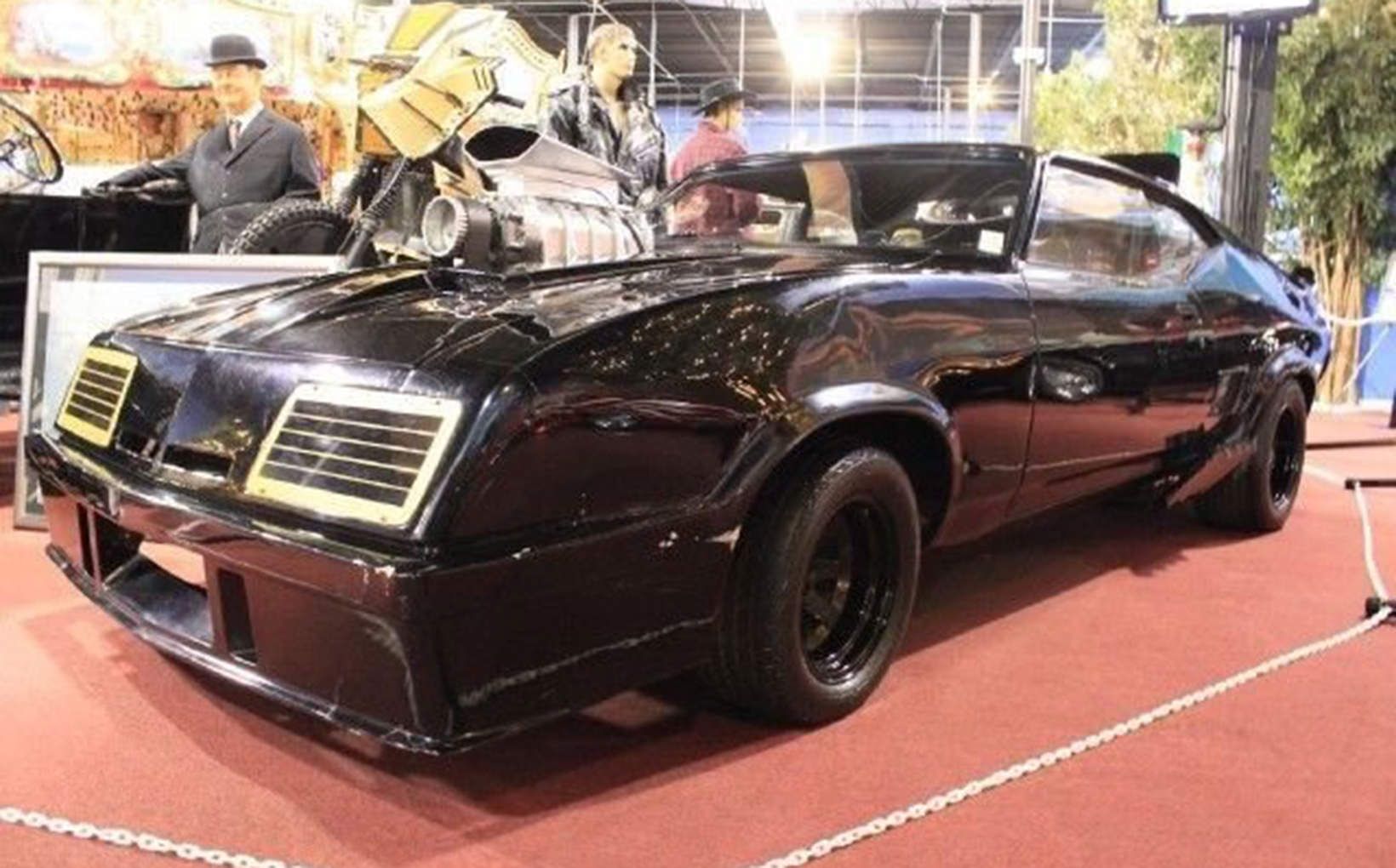 The Interceptor as it sits at the Orlando Auto Museum, Florida, USA.

As featured on-screen in Kennedy-Miller’s Ozploitation classics Mad Max and Mad Max 2, this menacing black XB-model Ford Falcon is certain to set a record for an Australian car when it next changes hands.

The current owner, real estate developer and museum proprietor Michael Dezer, is asking an as-yet undisclosed sum for the famous movie prop, but interestingly, hasn’t elected to place it up for auction. To say it’s unlikely to be cheap is an understatement. Given its place in pop culture, its relatively well-documented history and the recent record-breaking auction result of the ‘Bullitt’ Ford Mustang, the cost may be both exorbitant and justifiable; to the right buyer.

Mel Gibson as ‘Mad’ Max Rockatansky, behind the wheel of the 'Pursuit Special' as it was initially known.

At least one major Aussie motoring magazine is preparing to lobby the government to return the car to Australia for permanent display. Likewise, a large, national museum is considering how to approach the possible sale, citing cost as the only major blocker. With rumours Dezer has already knocked back US$2M for the vehicle, it’s doubtful we’ll see it again locally without intervention from a major benefactor.

Based on a 1973 XB-model Ford Falcon GT coupe, the ‘Pursuit Special’, as it was initially known, underwent a marked transformation at the hands of Ray Beckerley in the lead up to filming the 1979 classic. The iconic ‘Concorde’ nose cone, designed by Peter Arcadipane during his tenure at Ford Australia, was made and fitted by his freelance business Arcadipane Products. The boot and roof spoilers, which are said to be from Bob Jane’s Monaro sports sedan, were installed by Errol Platt, manufacturer of the successful Purvis Eureka kit car. 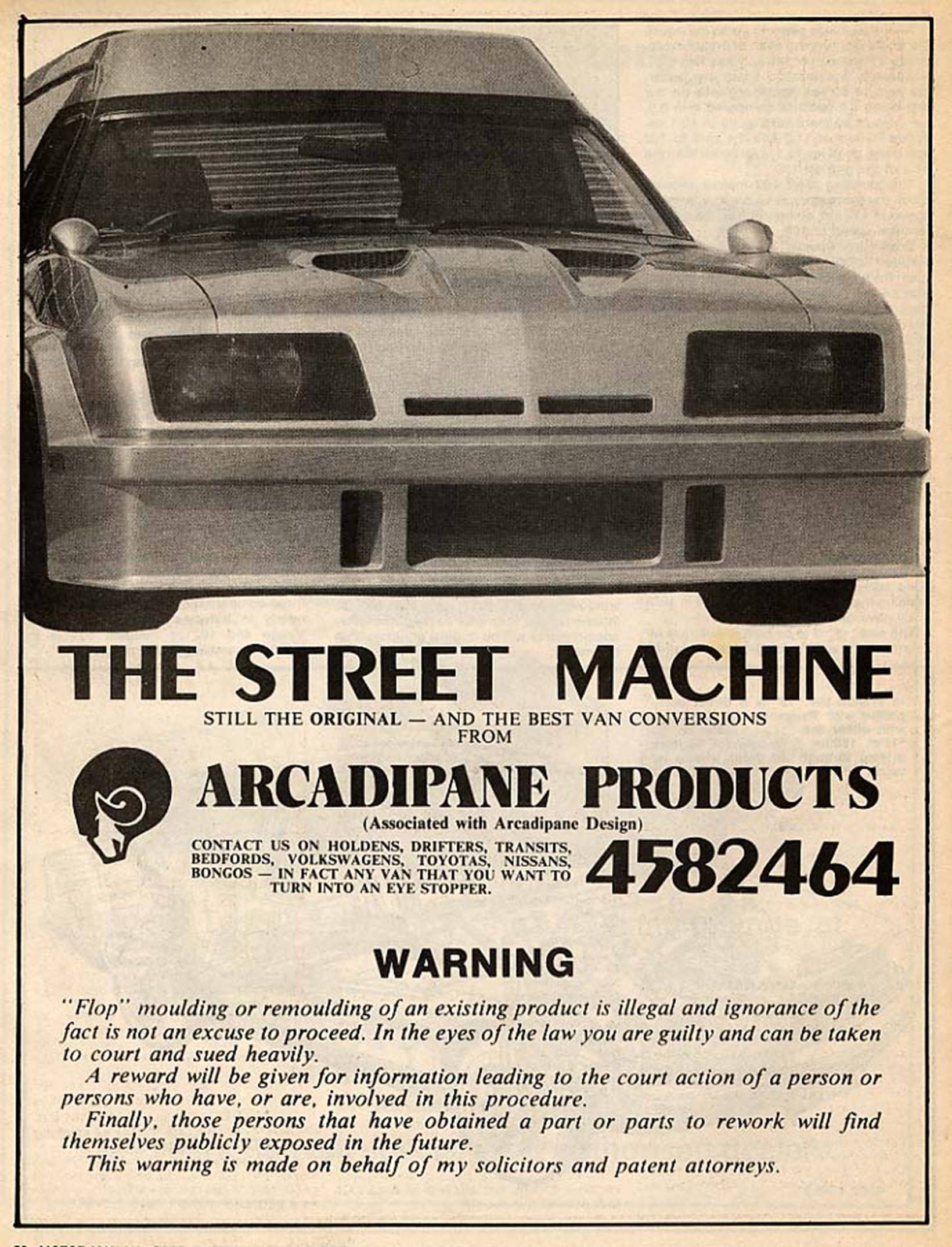 Ford Australia created the ‘Concorde’ show van at the height of the vanning craze. The front was designed by Peter Arcadipane, who went on to manufacture the ‘Concorde’ front for those wishing to customise their cars.

When filming wrapped, Kennedy-Miller Productions were unable to find a buyer at $7500, instead gifting it to mechanic Murray Smith in lieu of money owed in 1979. Smith removed the supercharger, replaced the bonnet and got the car roadworthy and registered. He, too attempted to sell it on, but did not find a buyer until 1981, when Kennedy-Miller repurchased the car for use in Mad Max 2. 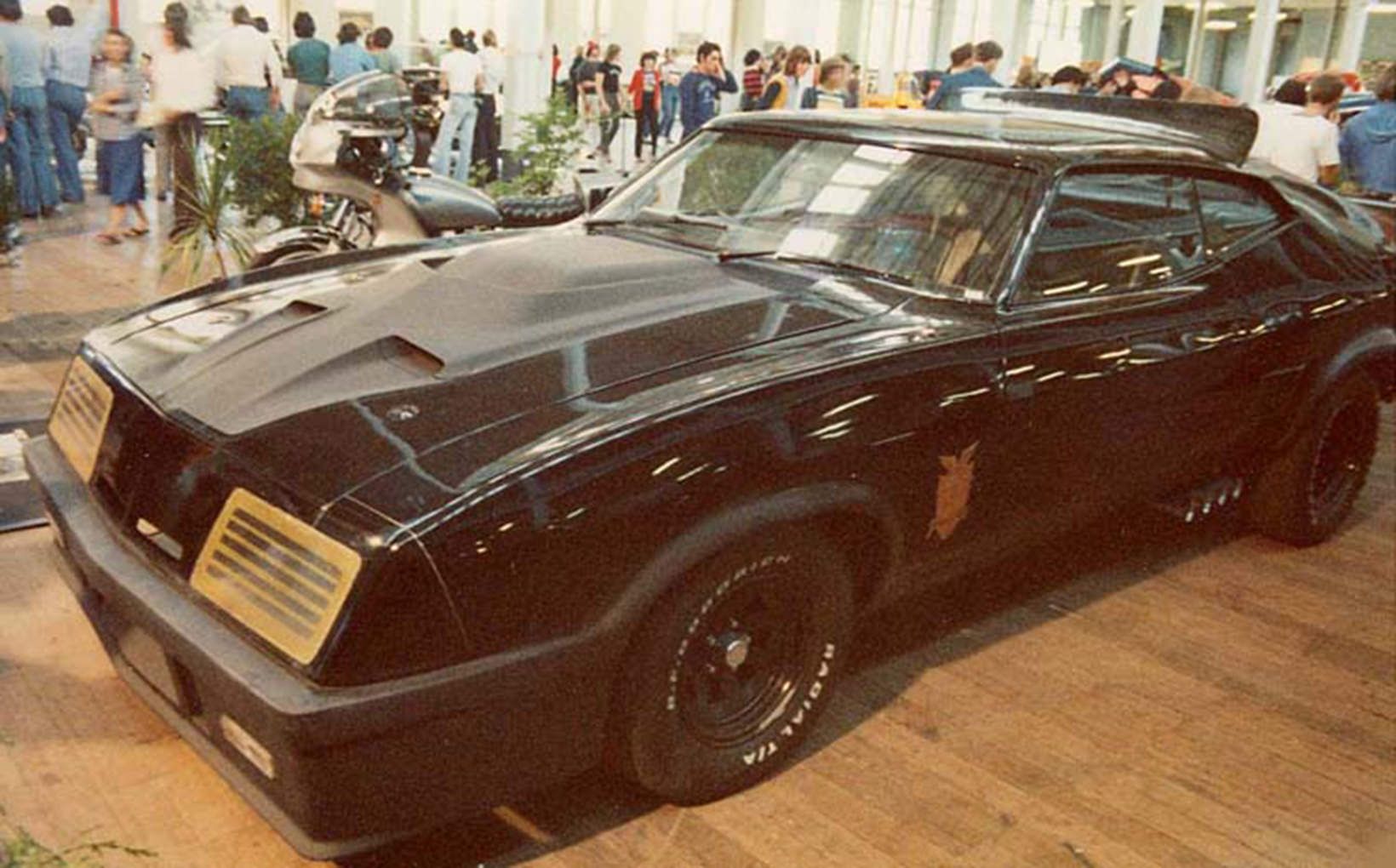 A rare shot of the Interceptor between Mad Max and the sequel, running a full bonnet and registration at a hot rod show in 1979.

Set further into the dystopian future introduced in the first film, the sequel, released in the USA as The Road Warrior, saw the Interceptor receive further, grungier modifications. The lower half of the Concorde nose was removed as was the rear bulkhead, replaced by two huge petrol tanks; a must in any fuel-hungry, post-apocalyptic wasteland. A larger budget for the sequel meant more resources, including a second Falcon coupe for driving scenes and stunts, leaving the original Interceptor for close-up glamour shots. The stunt Falcon was all but destroyed on-screen, lending credence to the rumour that the Interceptor was destroyed during filming. 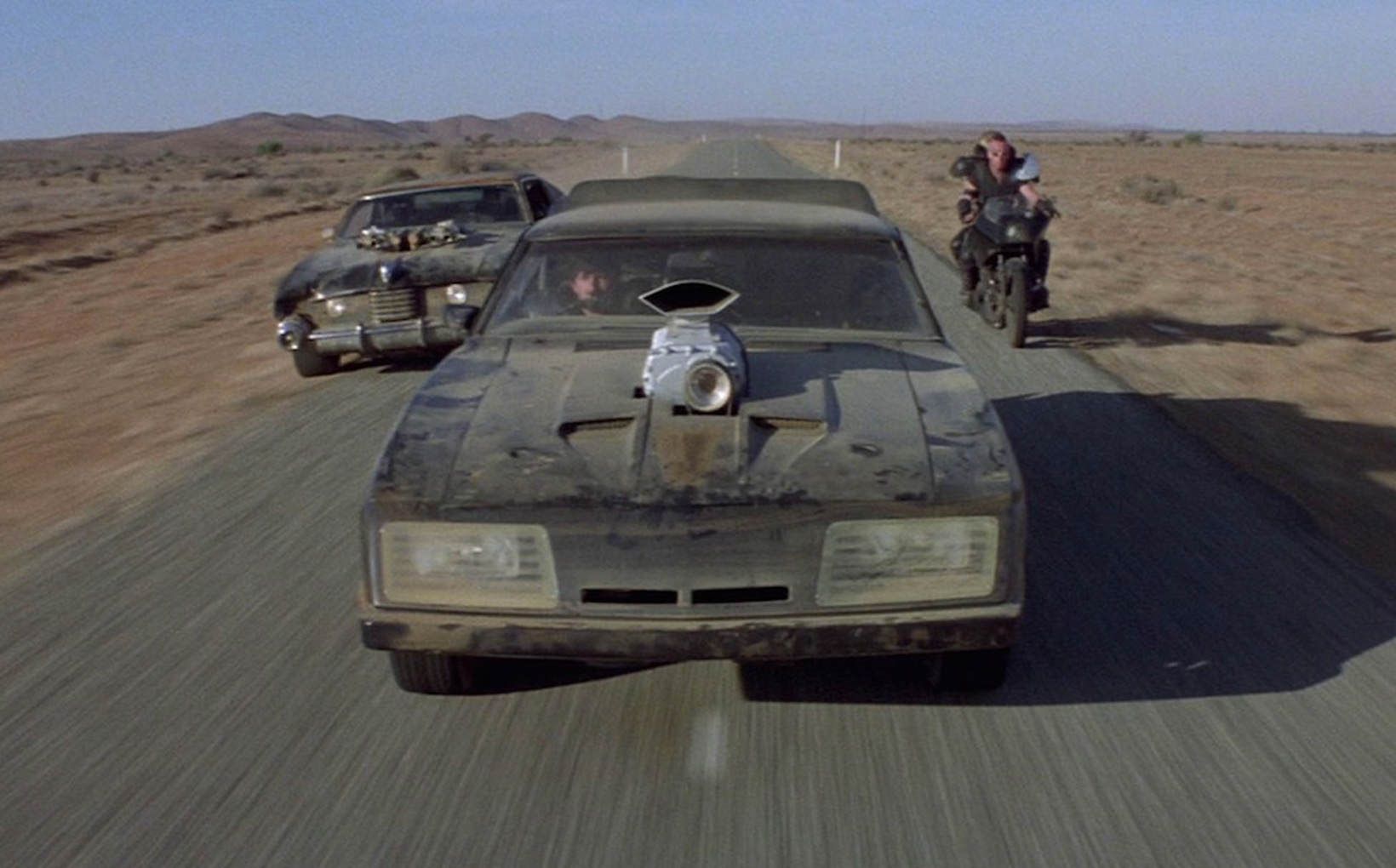 The Interceptor, in a scene from Mad Max 2.

A Broken Hill scrap yard was charged with disposing of the busted movie props, but with the original car largely intact, it was sold it to a prominent wrecking yard in the Adelaide Hills. Locals and passersby alike often requested to see the car, eight exhaust stacks poking out from under a heavy tarpaulin the only clue to its heritage. Around 1985, the Interceptor was purchased by entrepreneur Bob Fursenko, who funded a restoration then toured the car extensively on a charge-per-view basis. 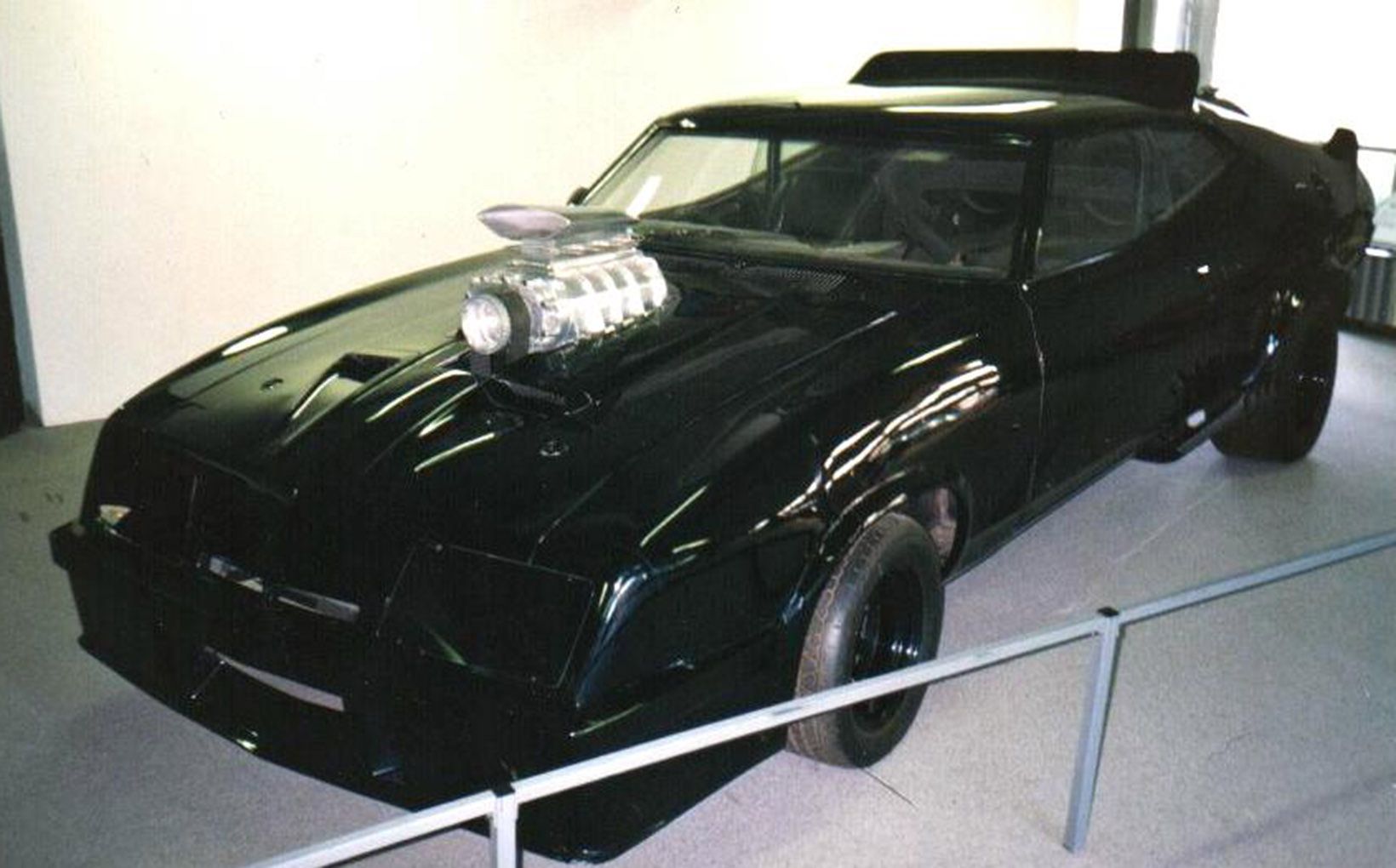 Pictured here in 1993, the restored Interceptor resided at the National Motor Museum in Birdwood, SA following an extensive tour of Australia and Japan.

Fursenko reinstated the complete Concorde nose as seen in the first film but retained the twin fuel tanks from the second; creating an amalgam not faithful to either movie, yet beloved by plenty thanks to its prominence on the show circuit in the 1980s. When touring duties ceased, it spent time in the National Motor Museum in South Australia before being sold to the Peter Nelson, owner of the Cars of the Stars Motor Museum in the UK in 1992. 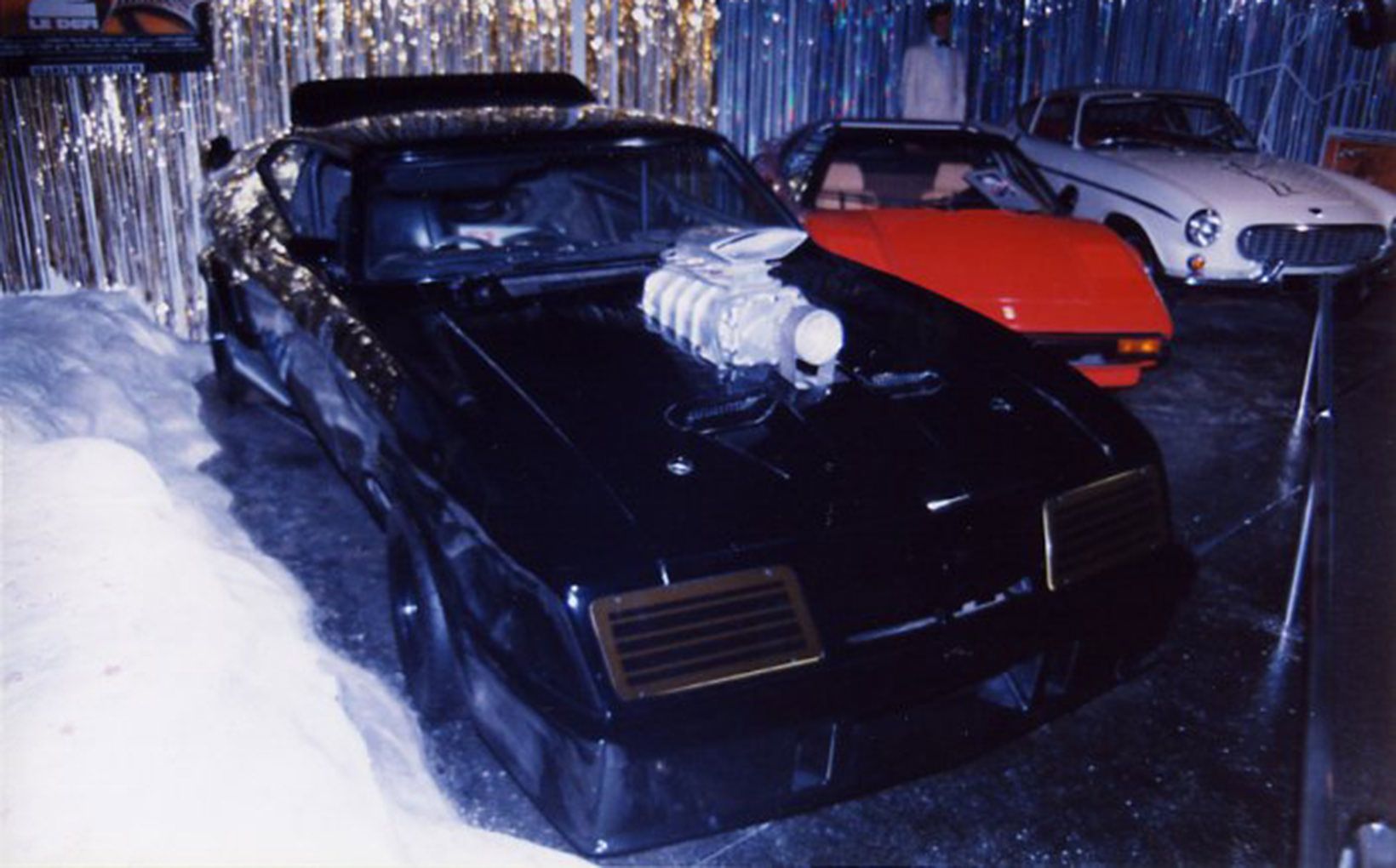 The Interceptor at the Cars of the Stars Motor Museum in the UK, next to the Ferrari from Magnum PI and a Volvo P1800 driven by The Saint.

Michael Dezer purchased the UK museum’s entire inventory in 2011, shipping the lot to Miami. Prior to it going on display in 2012, custom car builder Jim Martino modified the Interceptor to give the car more visual authenticity, a move lauded by some and decried by others. Dezer is moving his entire collection en masse to Orlando, which may be a reason he’s decided to sell, although it’s hard to ignore the A$5M sale price of McQueen’s famous movie car being a factor; it may have set a precedent that is a far cry from the A$7500 Kennedy-Miller failed to get for the Interceptor in 1979.

We will watch this with close interest. With an announcement that writer-director George Kennedy has at least three more installments of the Mad Max saga planned; this integral part of Aussie culture will remain relevant for a long time yet. It was driven by both Mel Gibson and Australia’s most famous stunt man, Grant Page. It’s immediately as recognizable as the ECTO-1 ‘Ghostbusters’ Miller-Meteor ambo, the ‘BTTF’ DeLorean DMC-12 time machine or, arguably, Steve McQueen’s ‘Bullitt’ Mustang. Ardent Mad Max fans circle the globe; from Coober Pedy to Canberra, California to Kyoto, Interceptor replicas reside.

It’s art, it’s science, it’s kitsch, it’s tough, it’s cool and it’s the last of the V8 Interceptors. So, is it time to bring it home?