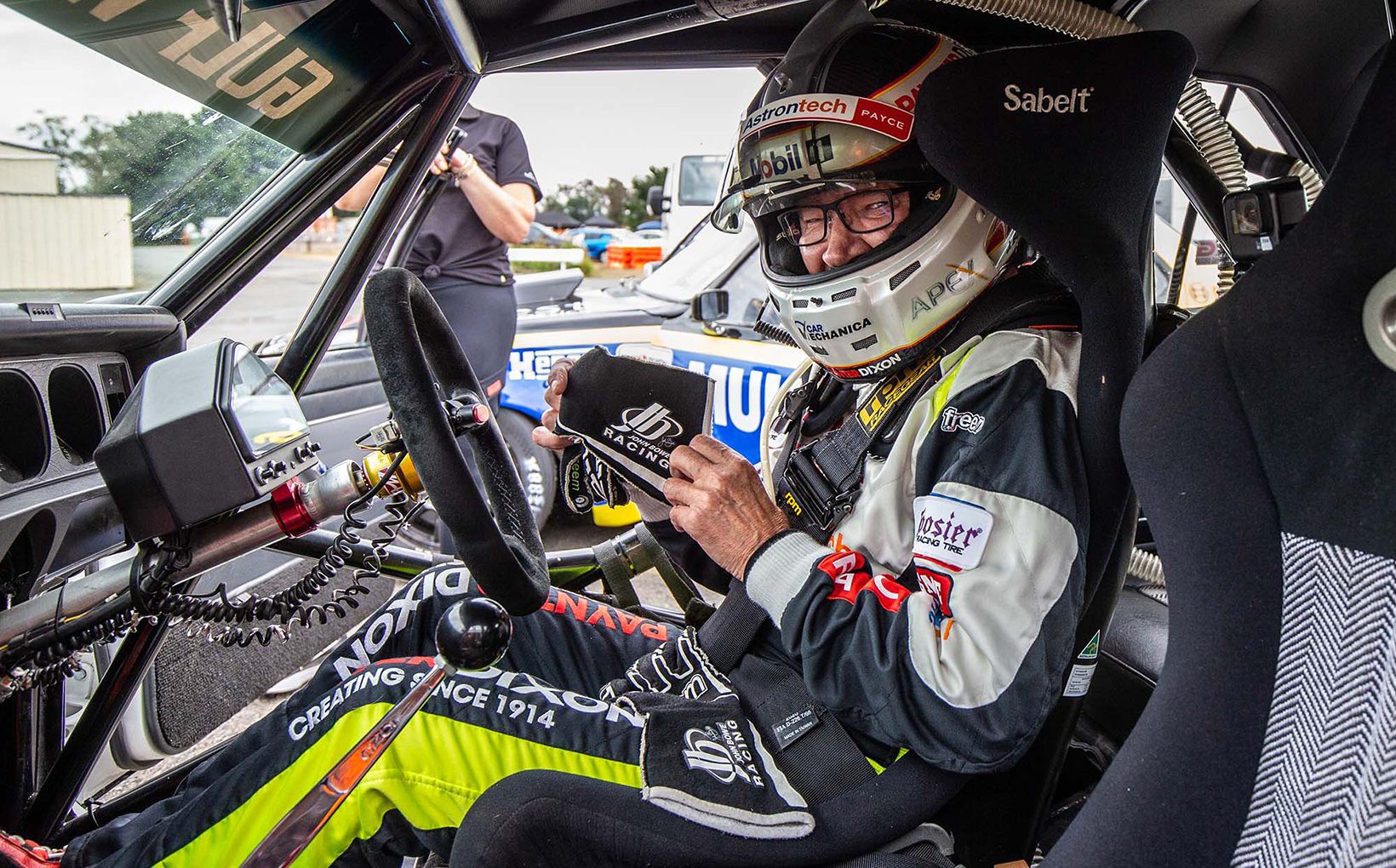 As a new Shannons Club member, I thought it might be appropriate to give a bit of background on myself. Believe it or not, 2021 is my 50th year of racing cars. All my racing has been done as Circuit racing, never rallies, speedway or tarmac road events like Targa Tassie. Although I’ve been tempted many times, I did not want to cloud my thoughts with any other discipline. I had a bit of a head start because my dad Brian was an amateur racer in Tasmania; hence I grew up around race cars, racing events, and race talk, much to my mother’s disgust. The last thing my mum wanted for her son was a racing car, and here I am 1200 races later and 50 years having done very little else!! 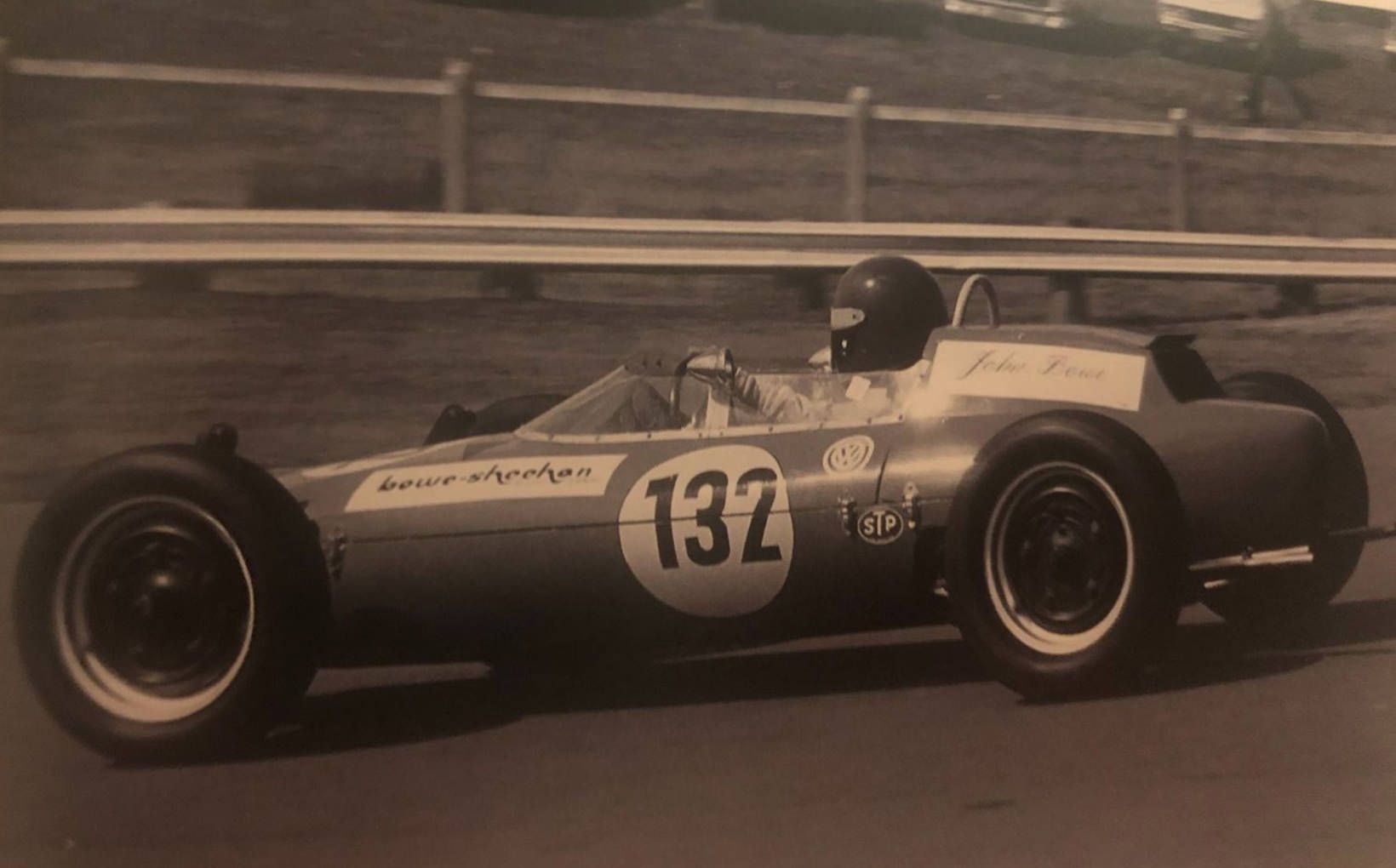 Starting racing an Elfin Formula Vee at Baskerville in southern Tasmania at the age of 15 was not that unusual in those days. It was a much simpler time and most people in my small world raced for fun with a great sense of Camaraderie among the racers. I seemed to have had a natural ability for racing and my dad encouraged it. He was most helpful on car prep and keeping me grounded. In fact, I suspect he liked me racing so it kept me away from hooning on the streets and away from girls, although that didn’t work too well.

Very quickly I progressed to quicker cars, Formula Ford, Formula 3 and Formula 2 cars, still in Tassie, and all in Elfin race cars, at the time the largest manufacturer of competition cars in the Southern Hemisphere!
My dad used to say to me, we don’t want to race on the mainland, its dog eat dog over there, it’s best to be a big fish in a small pond, as I said it was simple times, no computers, no internet and no mobile phones. 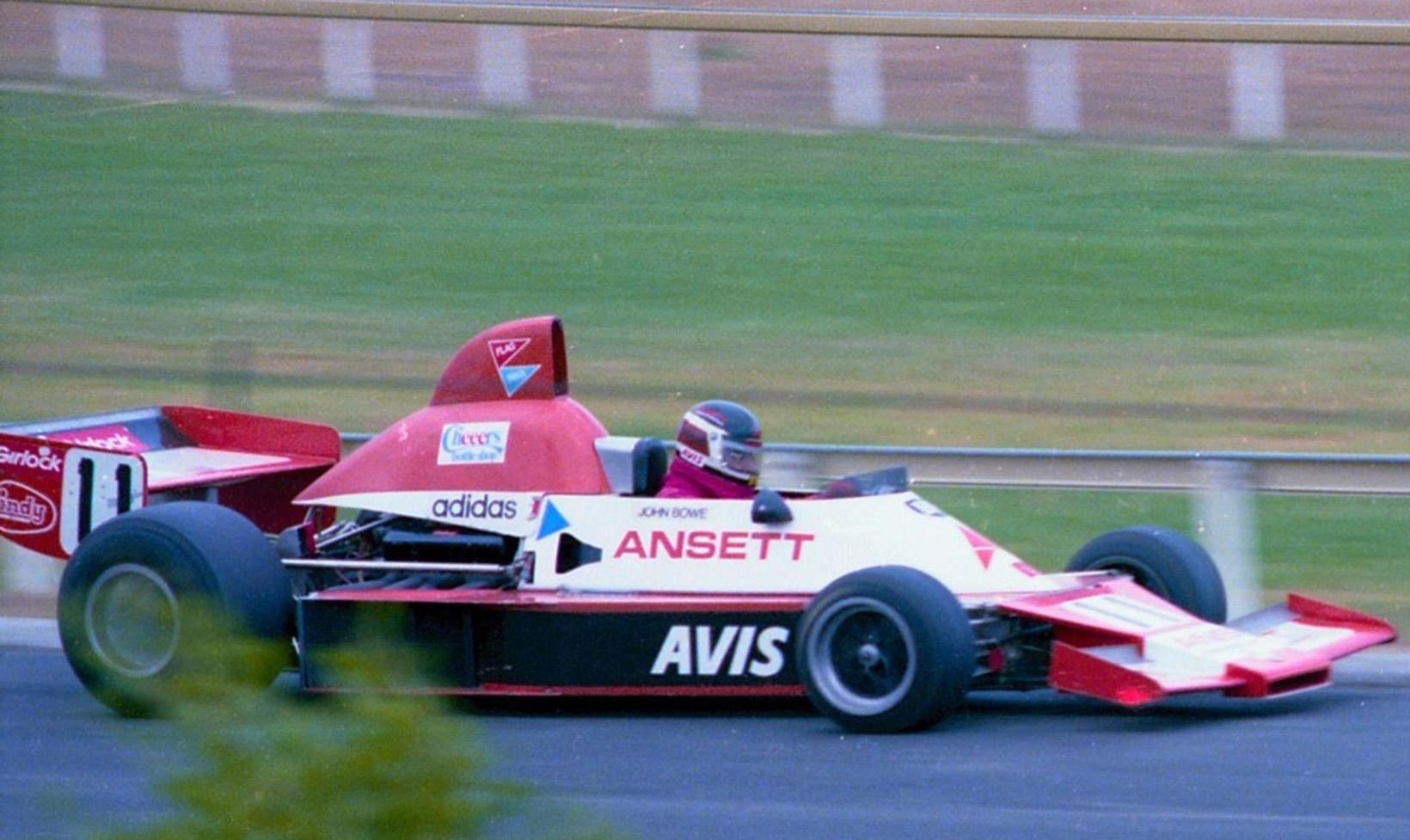 The late Garrie Cooper who was the design genius of Elfin cars took a shine to me for some reason, possibly because my family had remained very loyal to the Marque, he opened up opportunities for me to race nationally as part of the factory team, which was known as Ansett Team Elfin, sponsored by the long-departed but much-missed airline!

I raced the factory works Formula 2 and was given the opportunity to race the big powerful Elfin MR8 formula 5000 car. In my first year of national competition, I finished second in both Championships and second in The Australian Grand Prix, held in WA that year. I was sort of on my way, so to speak, although looking back on it, it seems like a much bigger deal than it felt at the time. There was never any certainty looking to the following year in those times. Most racing was done on the smallest of funding, unless you were rich, which we certainly weren’t.

By the mid-eighties, I was offered some Touring Car Racing, not previously the domain of open wheel racers like myself. The category was dominated by Brock, Moffat, Johnson, Bond and Grice, however, I have John Shephard to thank for opening the door for me into the ATCC, which was and now as Supercars is the biggest show in the country! 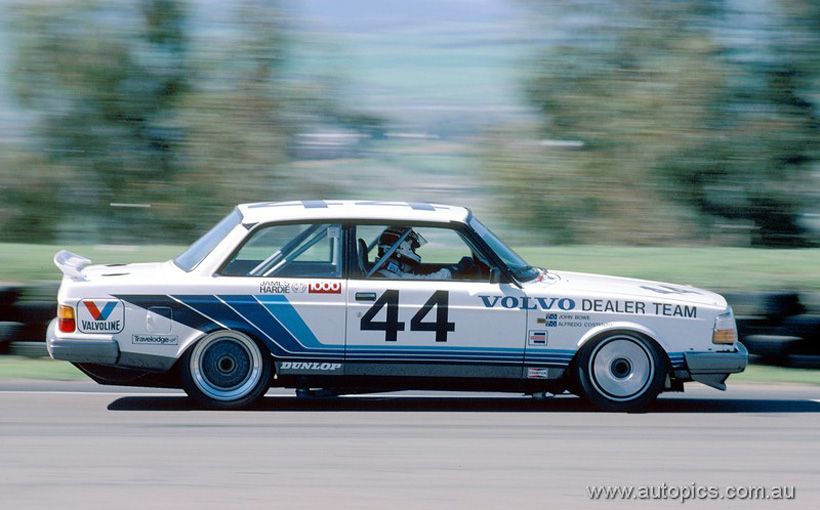 Sheppo was a Guru team manager who had previously masterminded the Holden Dealer Team in their most successful time. John Shephard contracted me to the Factory Volvo Team which ran The Volvo 240 turbo in what had become Group A, an international category which bought Australia into line with the rest of the world. Despite the ungainly look of the Volvo it was more than competitive and allowed me to establish myself in the pinnacle of racing in Australia. I will forever be grateful to Garrie Cooper and Sheppo among others for helping me along the rocky path. 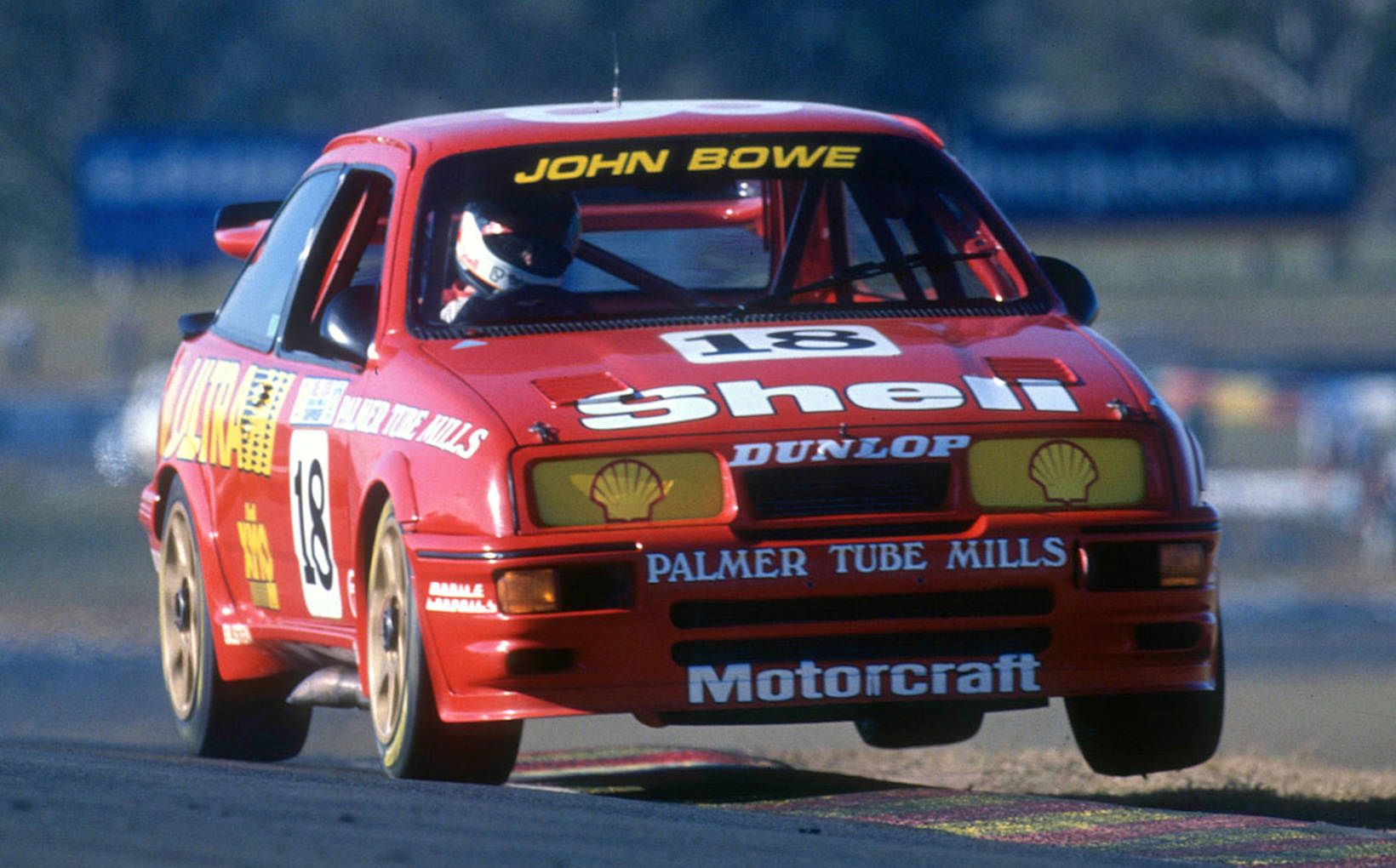 By that time the Seven Network were televising the races live and free to air, the profile of the sport was on the up and it led me to be invited to drive for the Shell sponsored Dick Johnson Racing in the newest rocket ship around, the Ford Cosworth Sierra RS500. Once again I was in the right place at the right time because my arrival coincided with a boost in the Teams performances, mostly bought about by an early understanding of electronics and engine management systems. For the first time computers started to appear in the pit lane and the world of technology was starting to take off in Motorsport.

We had some great times at DJR and are friends to this day. I stayed with the team for 11 years and shared many precious moments, including Bathurst victories and championship wins. It also opened the doors to the Ford world with consulting roles with Tickford and later FPV (Ford Performance Vehicles). Being part of the development group was incredibly satisfying for a car-crazy bloke like me. Essentially most of my professional life as a driver was done with Ford vehicles, although like most car companies, the degree of commitment they have to the sport depended on who sat in the big chair in the Ford head office in Campbellfield!

I’ve competed in many other categories of racing in Australia in this time too, from sports sedans through sports cars, production cars, GT cars and most things in between. Writing this has made me determined to count and list all the cars I’ve raced over that time, I’ll keep you updated when I do it. 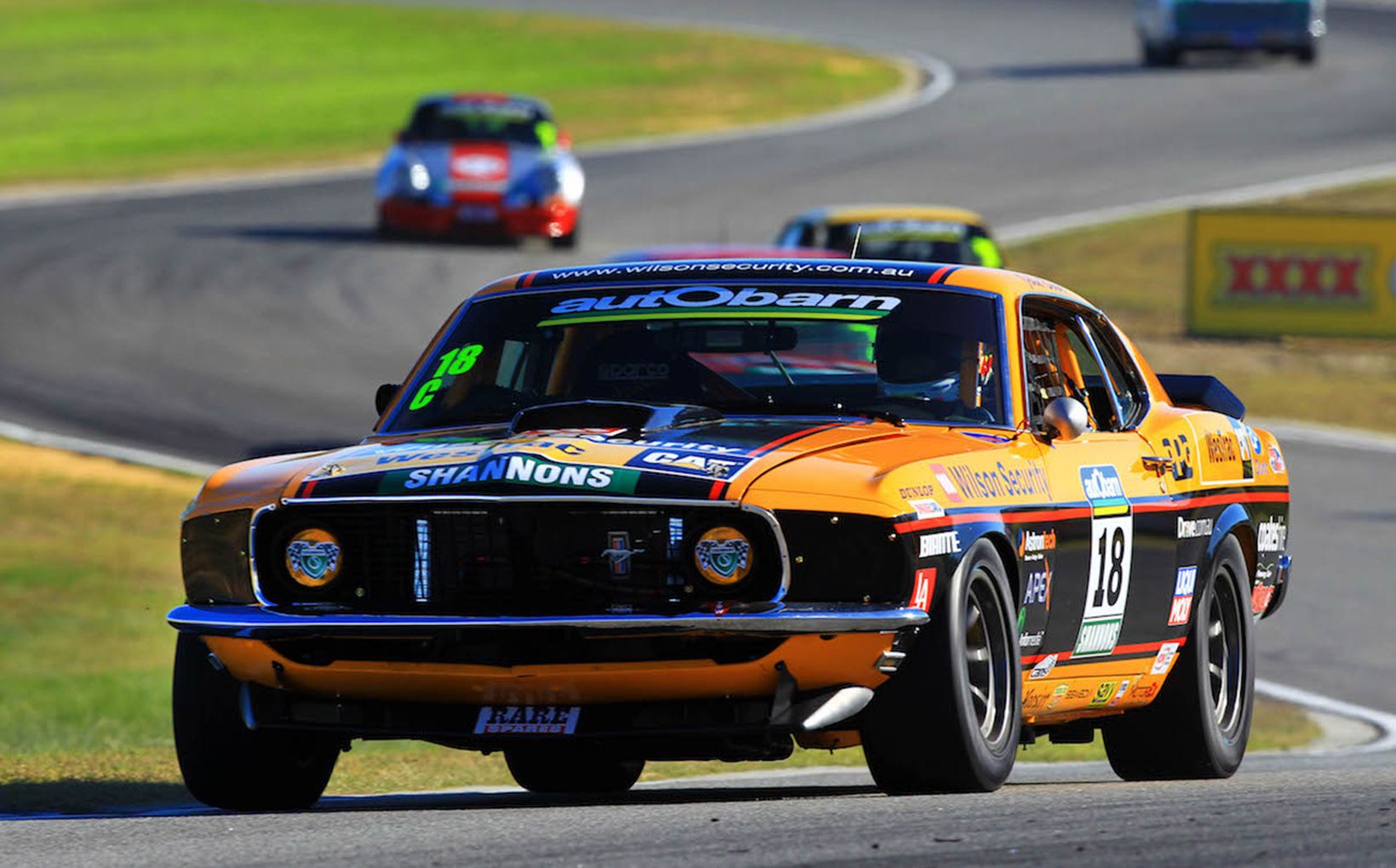 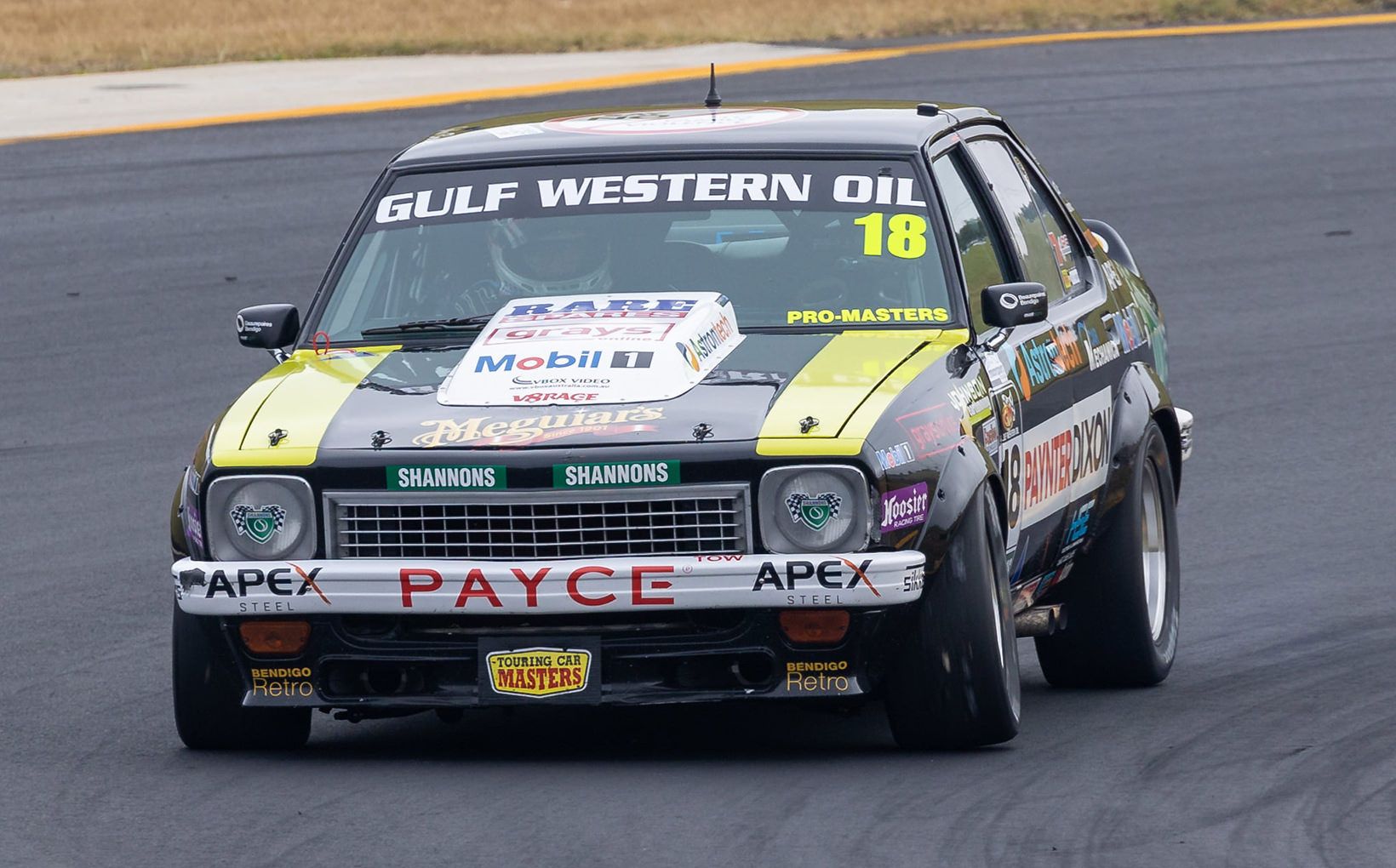 Nowadays, I prefer the older style cars, essentially muscle cars, racing in the Touring Car Masters category where I have campaigned a 69 Mustang and of late an A9X Torana. These cars are such a challenge with big horsepower, way more than in the day, they have limited tyre grip and no aero, so it suits where I’m at in my racing life. 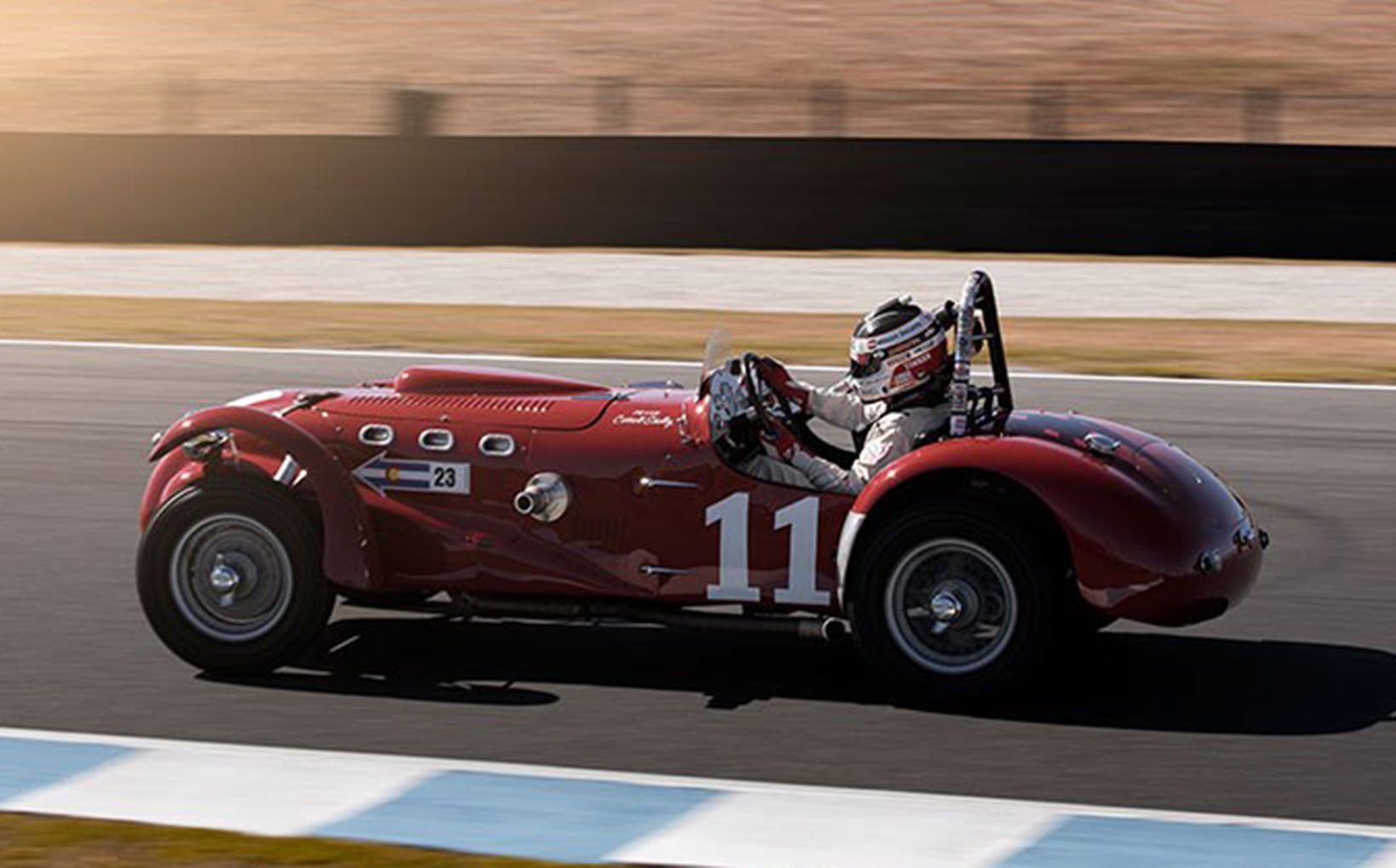 I also do some real historic racing in my friend Joe Calleja’s cars, he has a lovely collection of significant race cars. The last one I raced this year was at Phillip Island, a 1952 Allard J2X sports car which competed back in the day with the late great Carroll Shelby at the wheel. It’s an incredibly valuable car so I’m very grateful for the chance to race it. I raced the Allard at Laguna Seca in 2019 and won with it in the pre 1956 class which had 40 starters. He also has a big block Corvette, a 69 group N Mustang and a couple of seventies 2 litre sports prototypes!

And while it has had its share of dramas and heartbreak I would not have it any other way!!

I look forward to connecting with as many Shannons club members as possible.

Sincerely yours in Motoring!