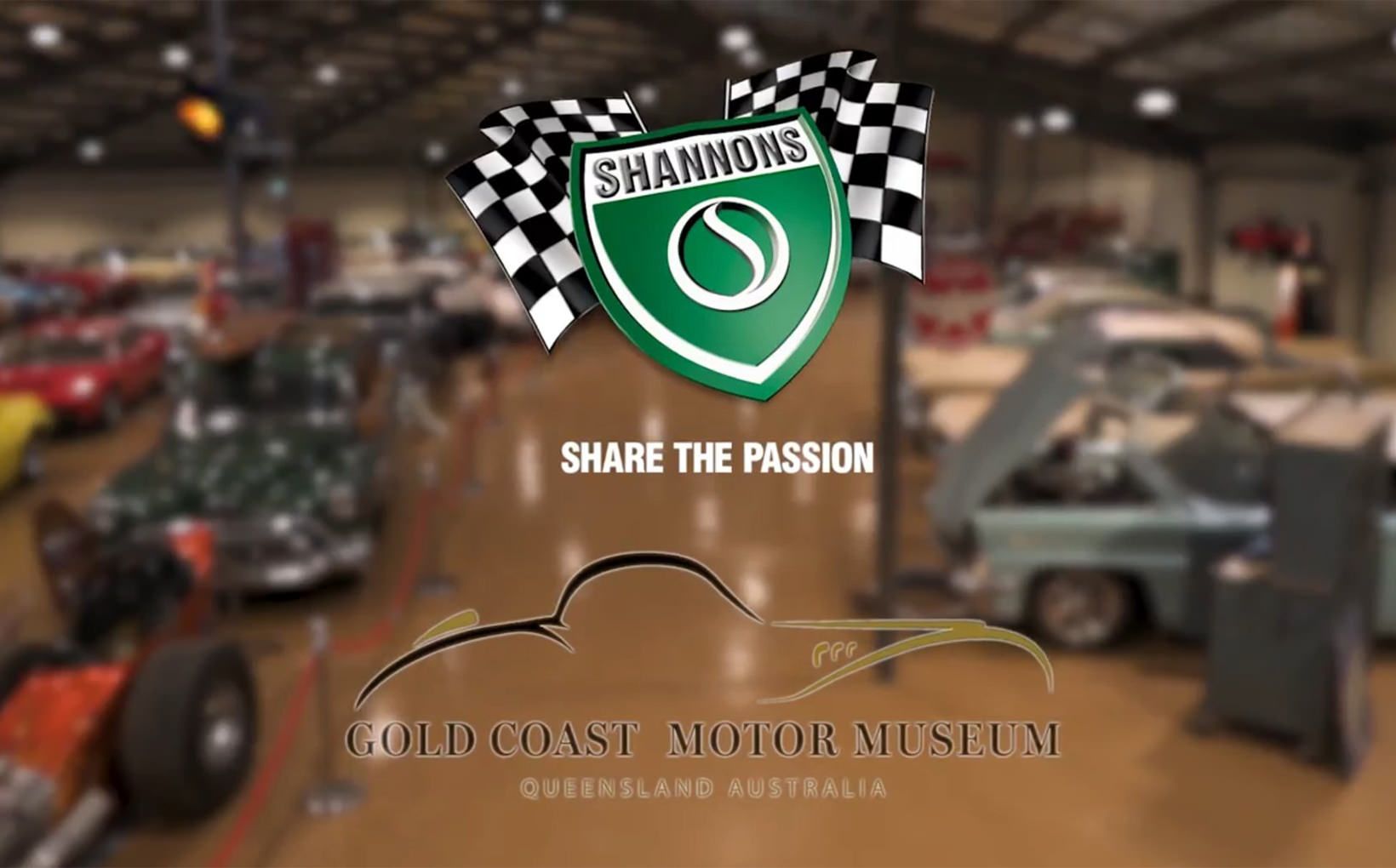 Despite a global pandemic and against the odds, Carl and Grant Amor’s dream of opening a car museum has been fulfilled. And they still found time to restore the Shannons Goggomobil.

It was back in May that Shannons Club announced the Gold Coast would be getting its very own, world-class motoring museum. In that time, Carl has been working tirelessly to get the facility up and running, with the Gold Coast Motor Museum opening its doors in October, albeit sans an official launch. 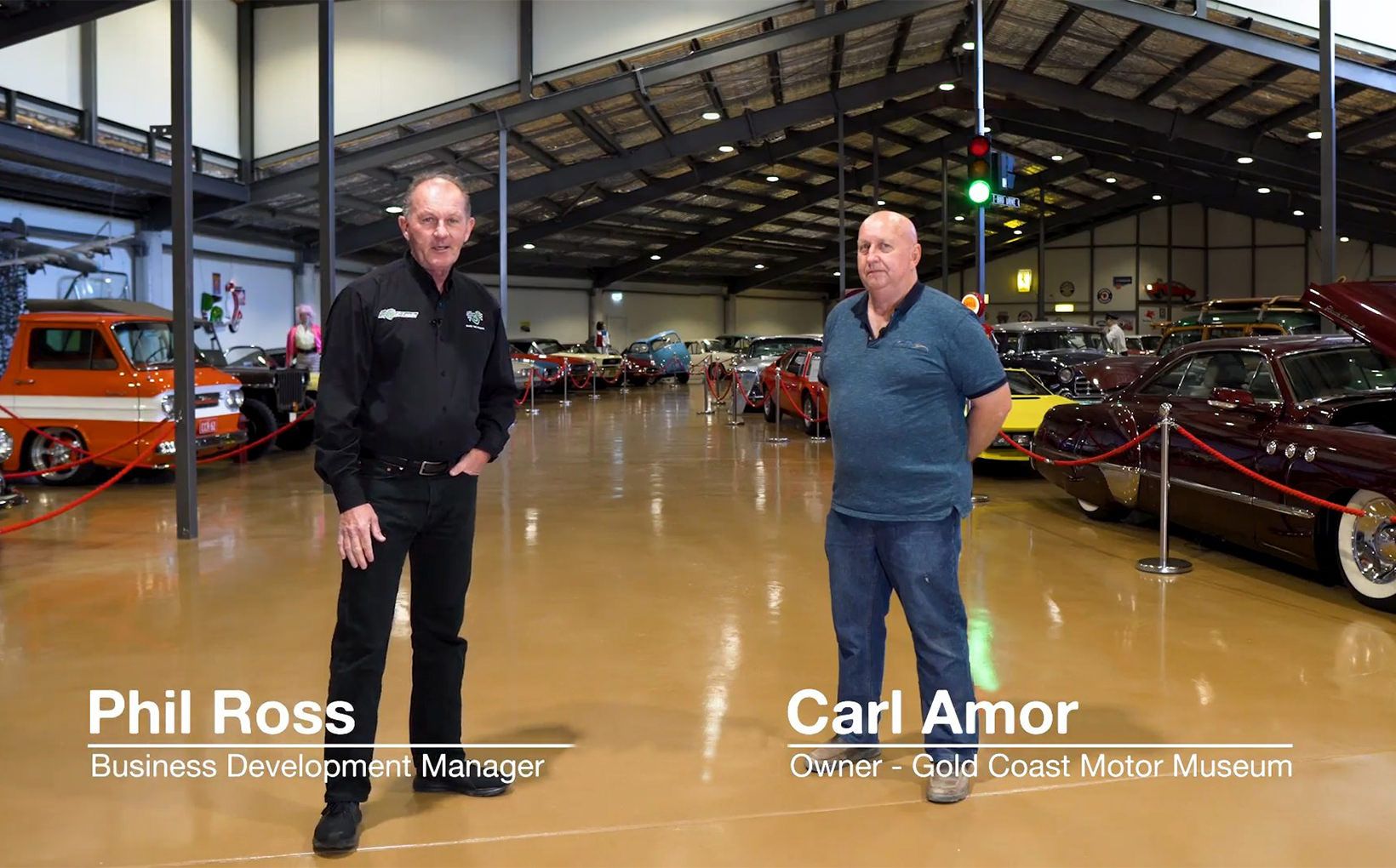 COVID restrictions played havoc with plans for a gala opening which was to include the proud unveiling of our fully restored, Queensland-based Goggomobil Dart. Rather than hold off, Carl threw the doors open as soon as he was legally allowed to. “As Shannons would say, it’s a passion,” he says from the Museum’s mighty display area. “My brother and I decided about three years ago that we should build a museum and share our passion with the rest of Queensland, and the rest of Australia.”

Share their passion they certainly have; the Amors’ enthusiasm for vehicles of all shapes, sizes, styles and manufacturers evident from the moment you pass through the doors. “We’ve tried to make sure it’s not like any other museum. It’s not a one-marque museum. It’s not a motor racing museum,” says Carl before adding, “It’s got a bit of everything.” 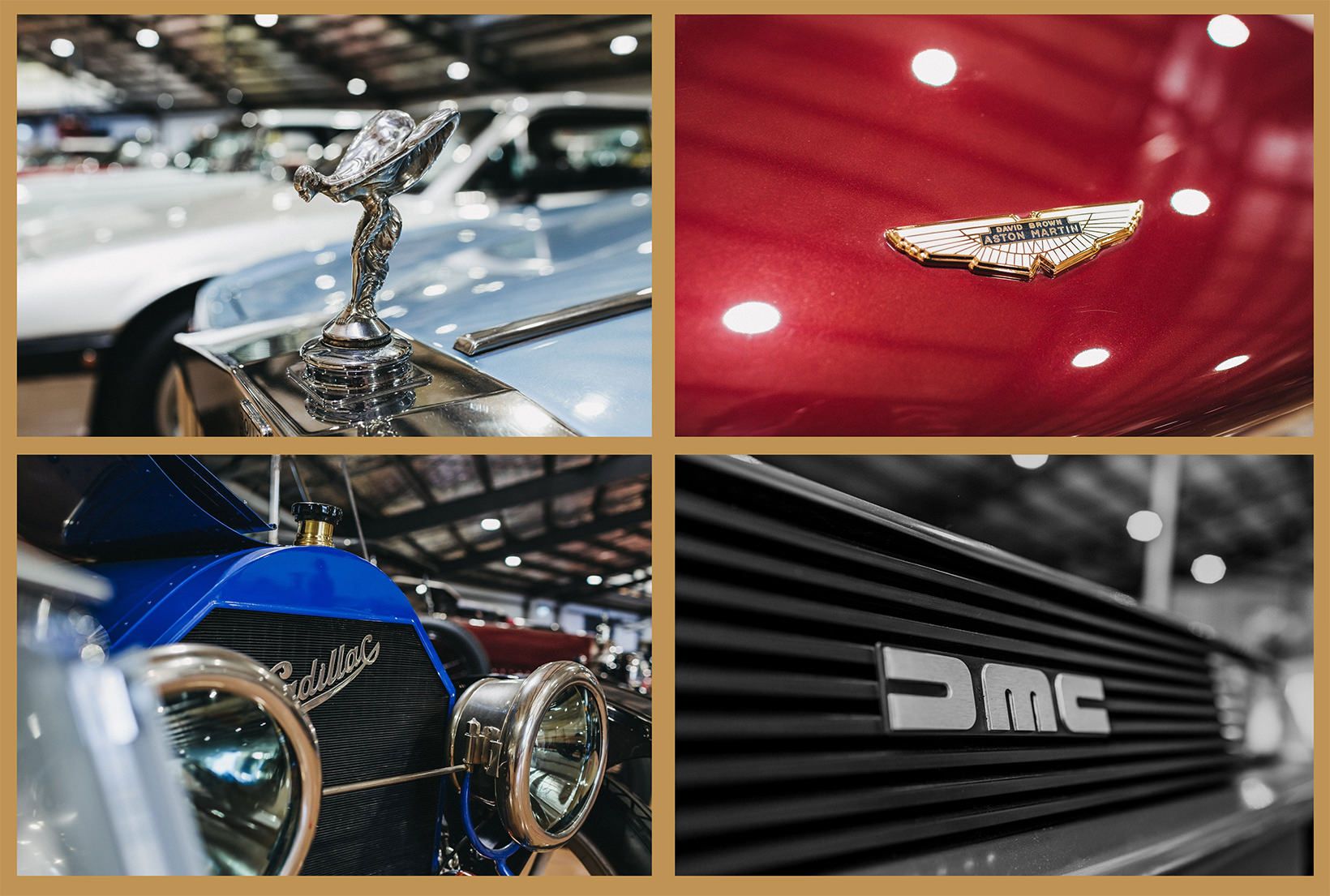 He’s not wrong; stepping onto the museum floor, cars from the USA, Japan, England, Europe and Australia fill the room. Immaculate machines nestle between patina-savaged survivors. Grandly restored, Brass Era veterans – so stern, upright and shiny – park beside low-slung customs, inspired by Hot Wheels, patiently awaiting their next turn to cruise Marine Parade, bathed in the Coolangatta sun. There truly is something for everyone. 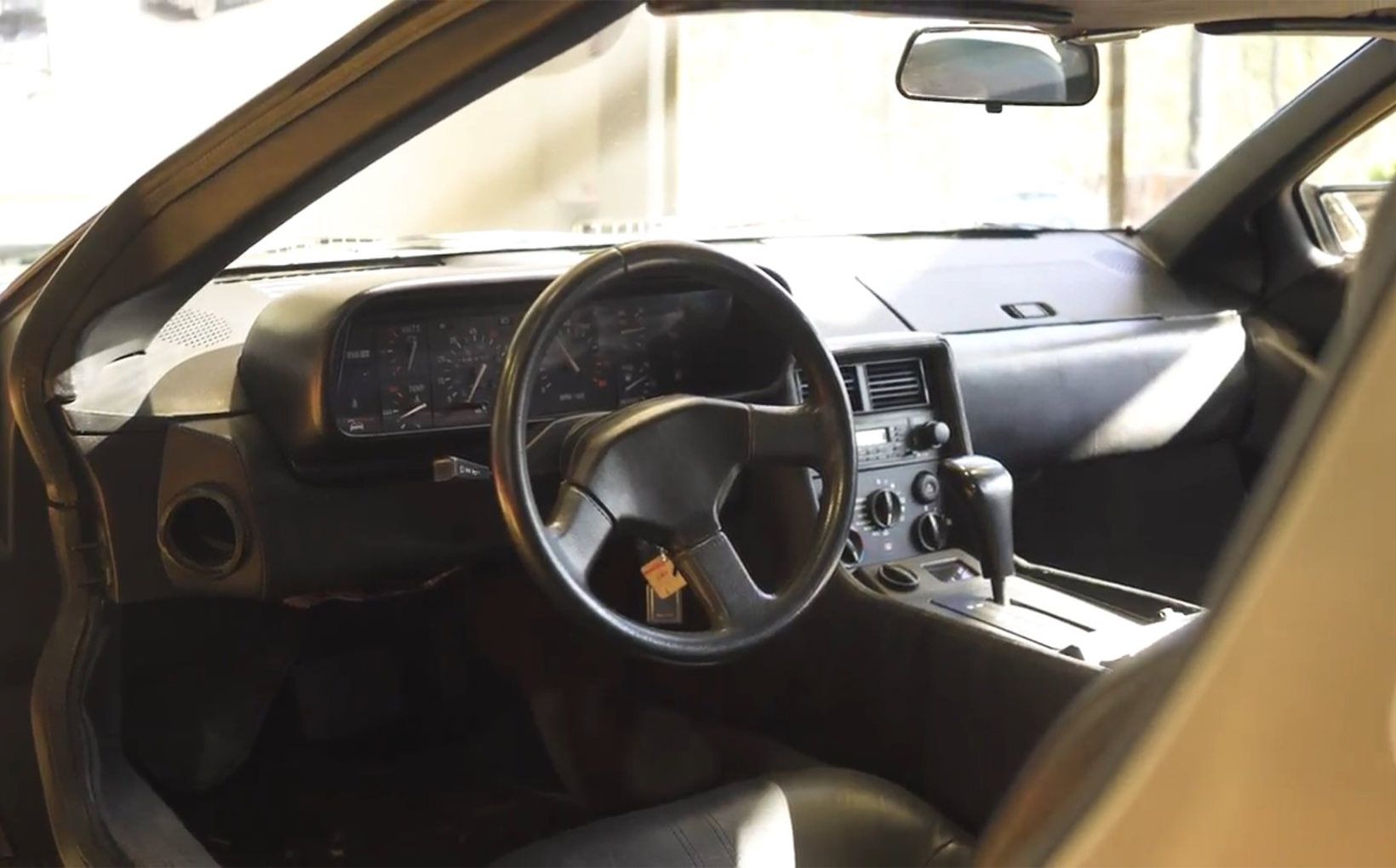 Amongst all this automotive finery sits Stanley’s Barn Restaurant & Bar; a venue catering for everything from a meal to a marriage ceremony. Stanley’s ambience is already so much more than the historic, century-old trusses supporting the roof or the similarly aged Stanley Steamer serving as the venue’s centrepiece. It turns out the service and food are pretty good too, so much so that plans are afoot to expand the facility. 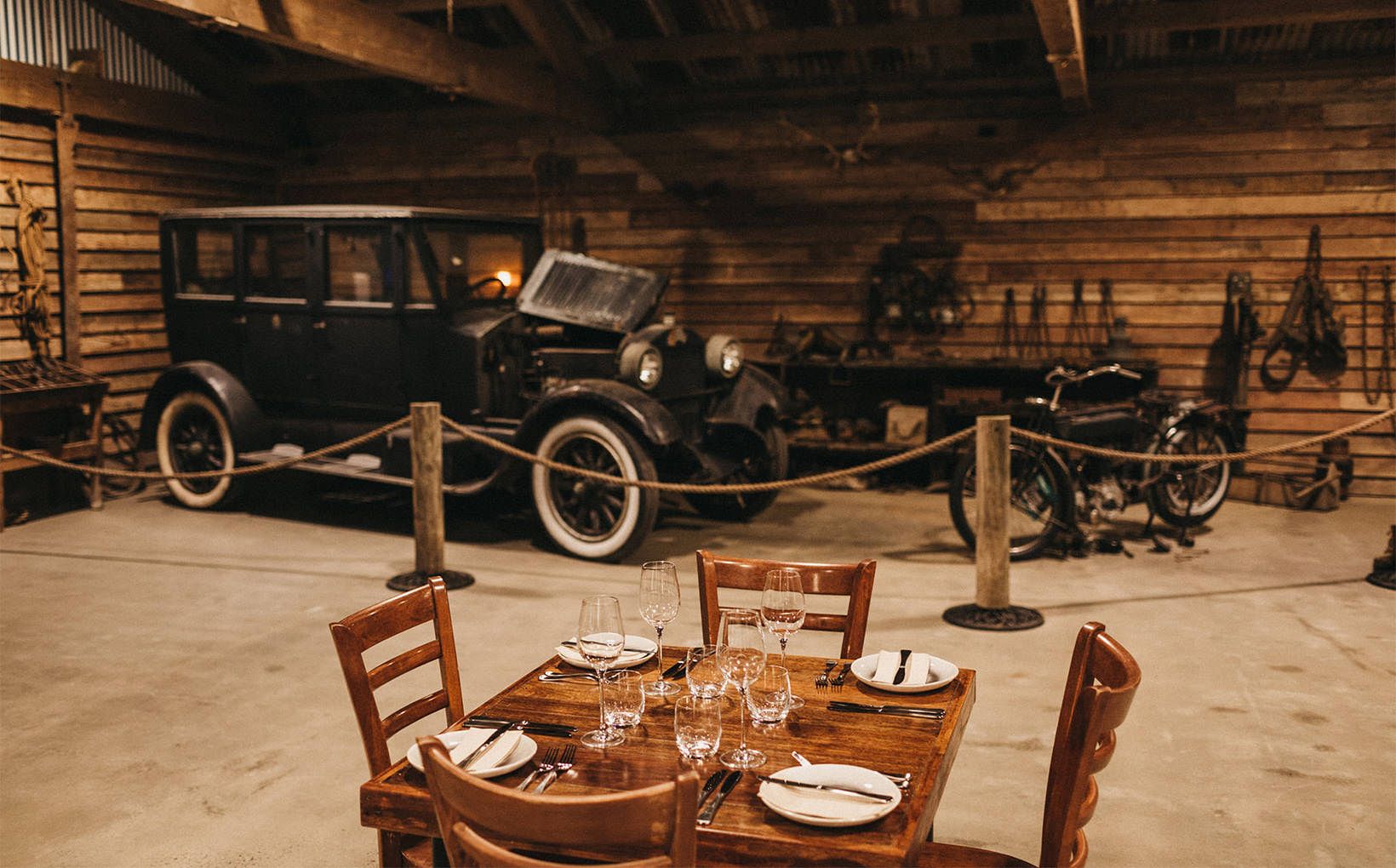 Back out on the Museum floor, most of the machinery is kept in running order; a credit to Carl and Grant’s commitment to their dream. Although they outsource the bodywork, Carl personally handles much of the maintenance and trim; handy skills to have when our little green Goggomobil rolled up to the Gold Coast Motor Museum.

With Carl a long-term Shannons customer and Shannons on board as a corporate sponsor of the Museum, local BDM Phil Ross thought the Goggomobil Dart might look good on the display floor for a while, although he admitted the Queensland Goggo was looking pretty tatty. “It’s done 20 years of hard duties; parades, displays, even some motor racing,” Phil justifies. 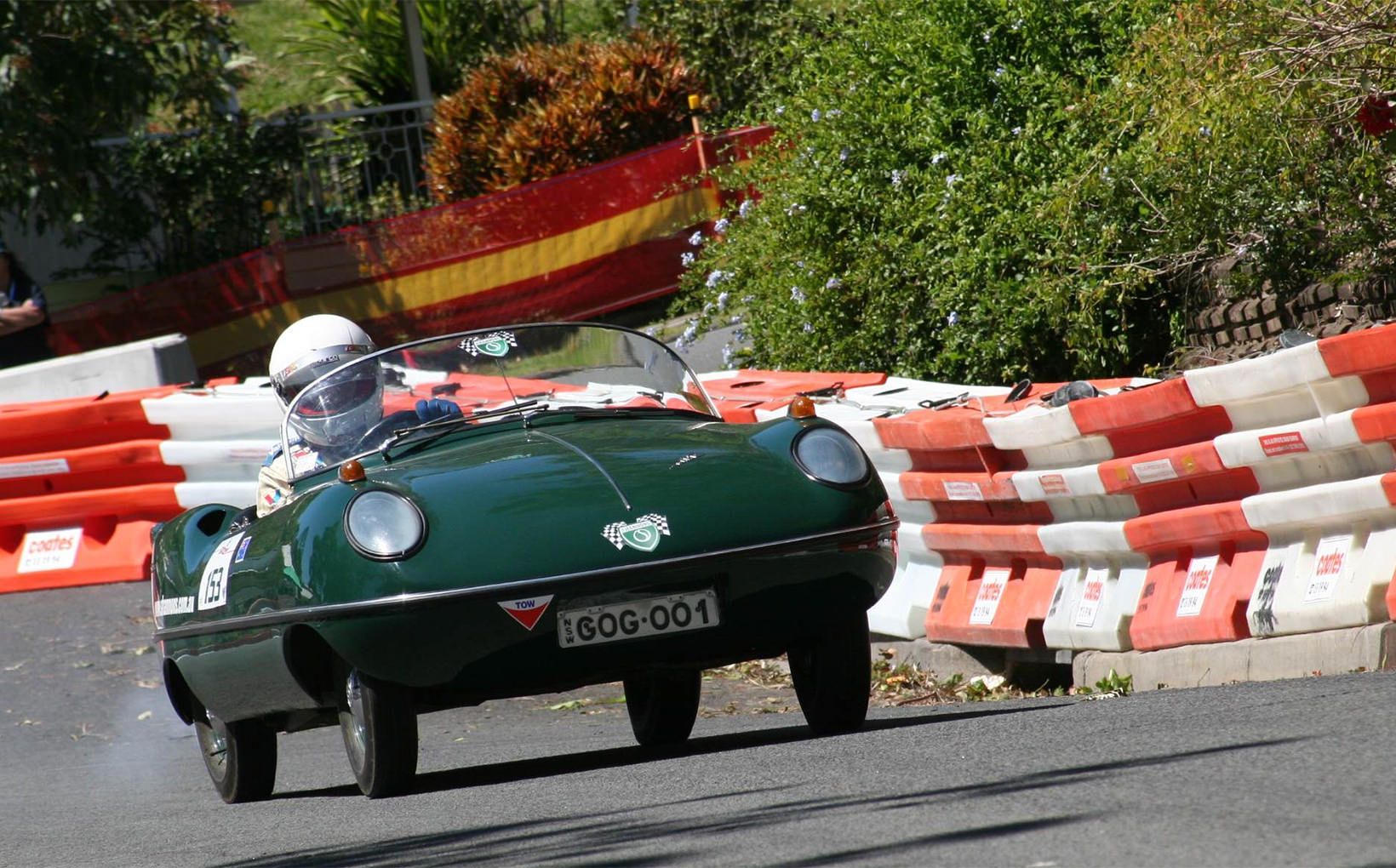 Taking over, Carl gets technical, “They’re a fibreglass car so they tend to deteriorate over time. You’ve got to make sure the base is good to avoid crazing,” he says, gesturing to the tiny shape hiding under a black satin drape. “The paint was pretty sad, and the upholstery was tired. We didn’t really envisage doing the whole thing, but as you can see from the Museum, when we start something, we do it properly, so we’ve gone all out.” 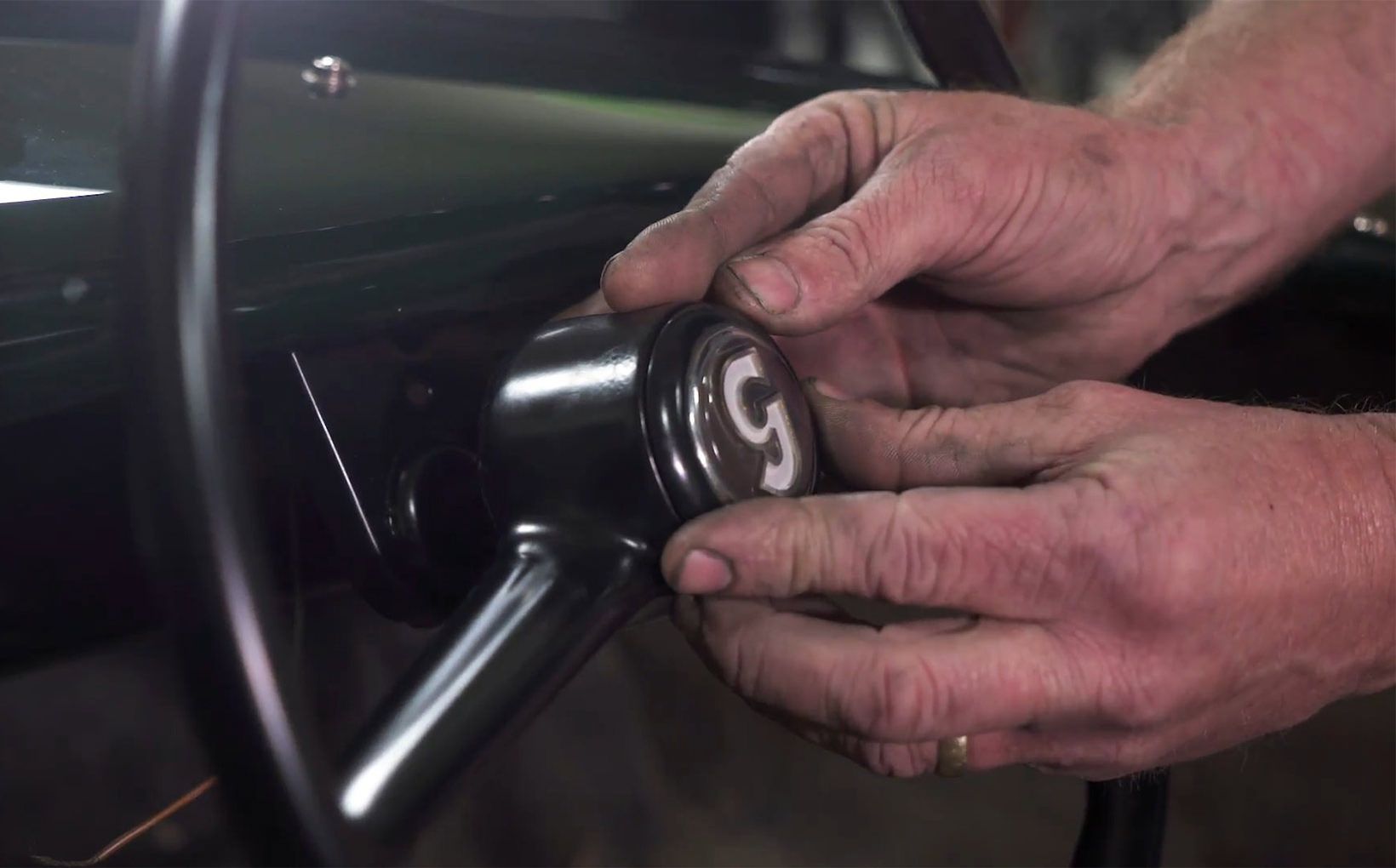 As Carl and Phil whip the cover off, supervised by a cardboard cut-out of Jim Richards, the Queensland Goggomobil Dart is revealed. Presenting better than the day it rolled out of Bill Buckle’s Sydney factory some 60 years ago, the update is more than just a fresh coat of British Racing Green. Carl’s team have removed the ungainly VW indicators from the tops of the guards and deleted the thick, black rubber strip that hides the join between the top and bottom halves of the car, instead painstakingly smoothing the beltline until the join disappeared. 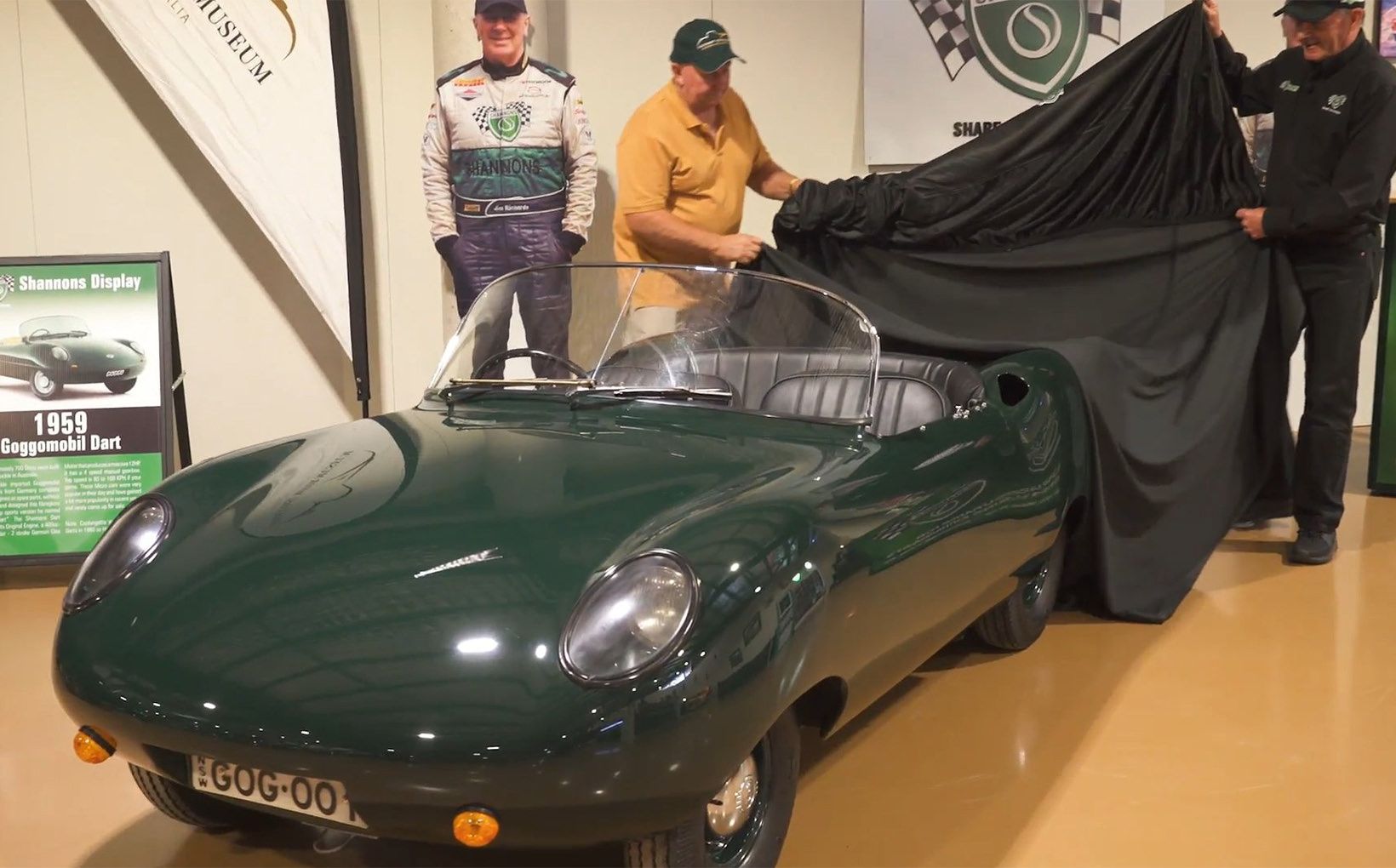 Carl’s own handywork is evident in the restored interior, although if you thought less automotive real estate meant less problems, you’d be mistaken. Stepping back to admire his handiwork, Carl explains, “It’s really tiny, and that gives you some problems in the restoration. You just don’t have the room to swing a screwdriver or have somebody like me climb into it to do the trimming. It’s a bit of a challenge as opposed to doing a Cadillac.” 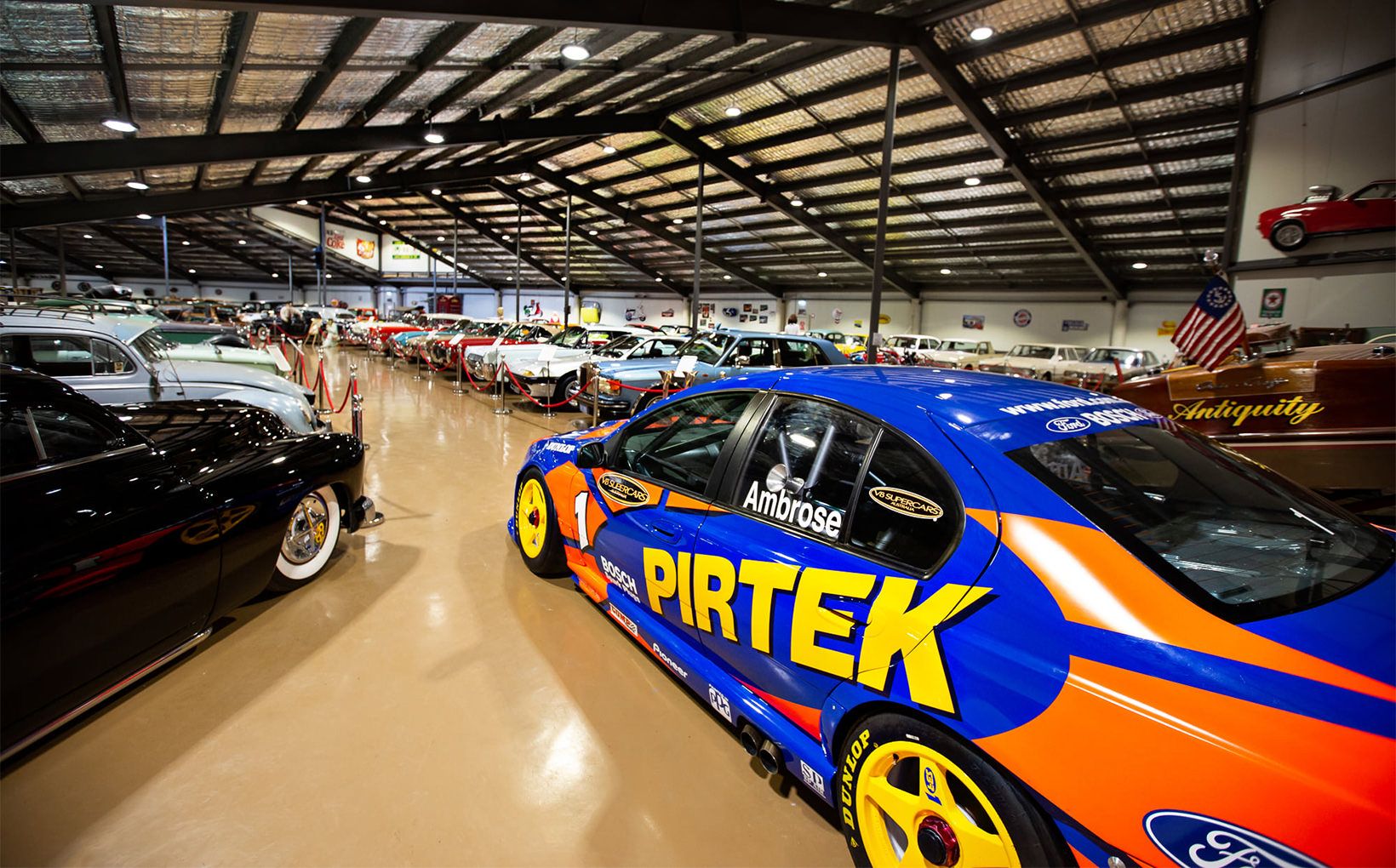 But done it is, as is the opening of the Museum, if not the launch which, subject to COVID-19, is delayed until 2021. Entry to the Gold Coast Motor Museum is $20 for adults, kids under 15 are free. The facility is open 8:00-5:00 five days per week, being closed on Tuesdays and Wednesdays. Bookings are essential for Stanley’s Barn.

Check the Museum’s website for the latest information on events, COVIDsafety and opening hours.

Shannons is proud to be a Corporate Sponsor of this great new facility and wish Carl, Grant and the team at Gold Coast Motor Museum the best of successes. 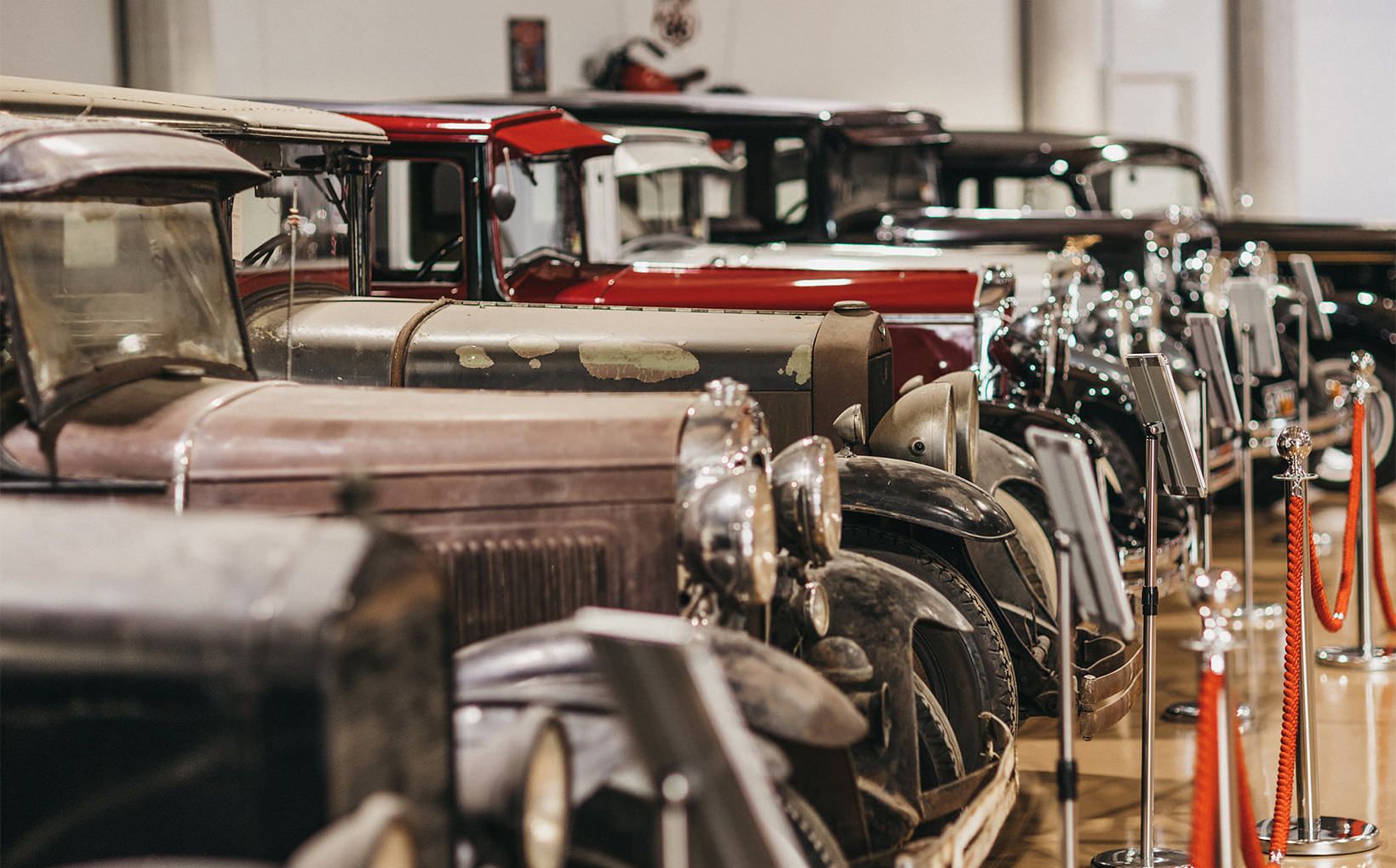