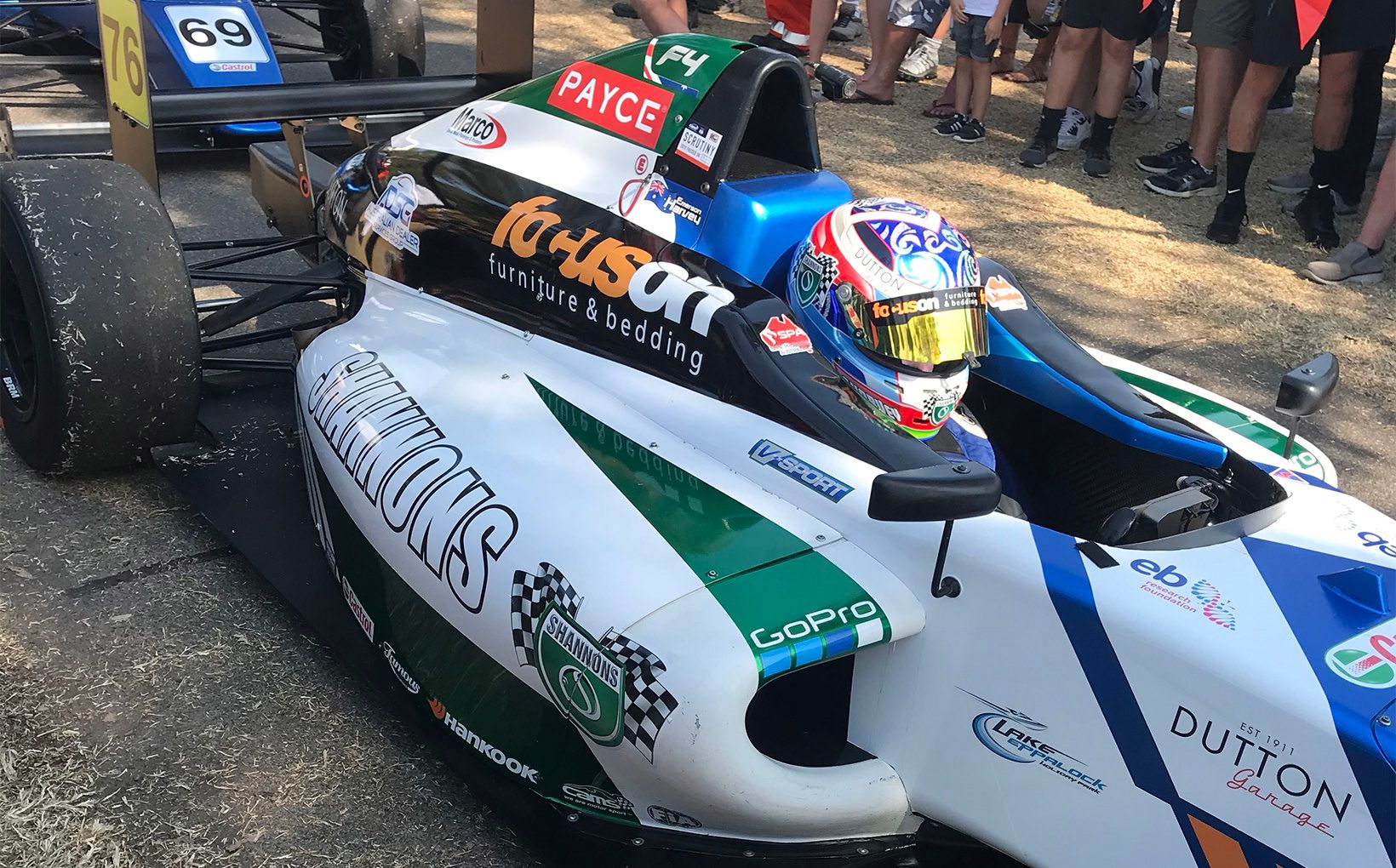 Emerson Harvey at just 15 years of age makes his car racing debut at the Australian Grand Prix in the Formula 4 Championship and is awarded Rookie of the Round.
This was a dream come true for Emerson.  It all started 4 weeks ago when the team at Volente Rosso got a phone call from CAMS asking about the possibility of the Shannons Insurance Ambassador competing in the opening round of the Australian Formula 4 Championship. Motorsport Director at Volente Rosso Josh Hunt recalls making the call to Emerson’s family, “obviously we were all very excited as this was always part of our plan for Emerson”. 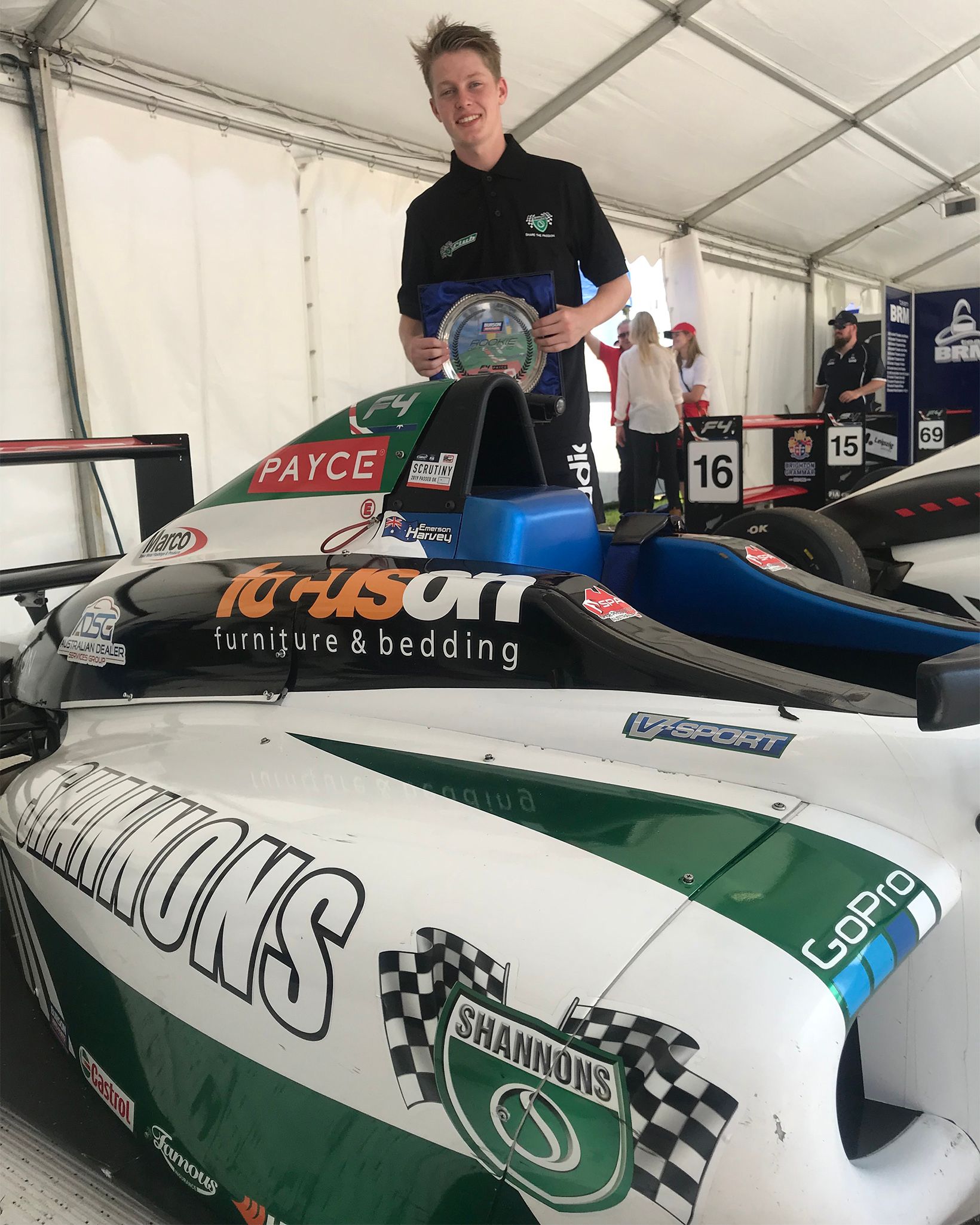 Race week at the Australian Grand Prix was very busy for Emerson, radio interviews with 3AW’s Neil Mitchell and Eddie McGuire’s Hot Breakfast and a Channel Ten News story, as well as interviews with Kate Peck and the legendary Alan Jones at the track.  Race preparation included Sim sessions with Supercar star Anton De Pasquale. Wednesday was an intense prep day at the track with Team BRM, which included a track walk, to help come to terms with 4.7klm street circuit, topped off with a tour of the McLaren garage.
Thursday was the first time on the Grand Prix circuit. Actually, it would be the first time on any circuit under in racing conditions for the 15-year-old Shannons backed driver. Emerson said “just over 3 weeks ago I was racing my Go Kart & now I’m about to hit the same track as all my heroes, this is so amazing”.
Emerson’s results over the weekend;
Qualifying 15th.
Race 1      13th.
Race 2      14th - running 9th bumped off the track.
Race 3      14th. 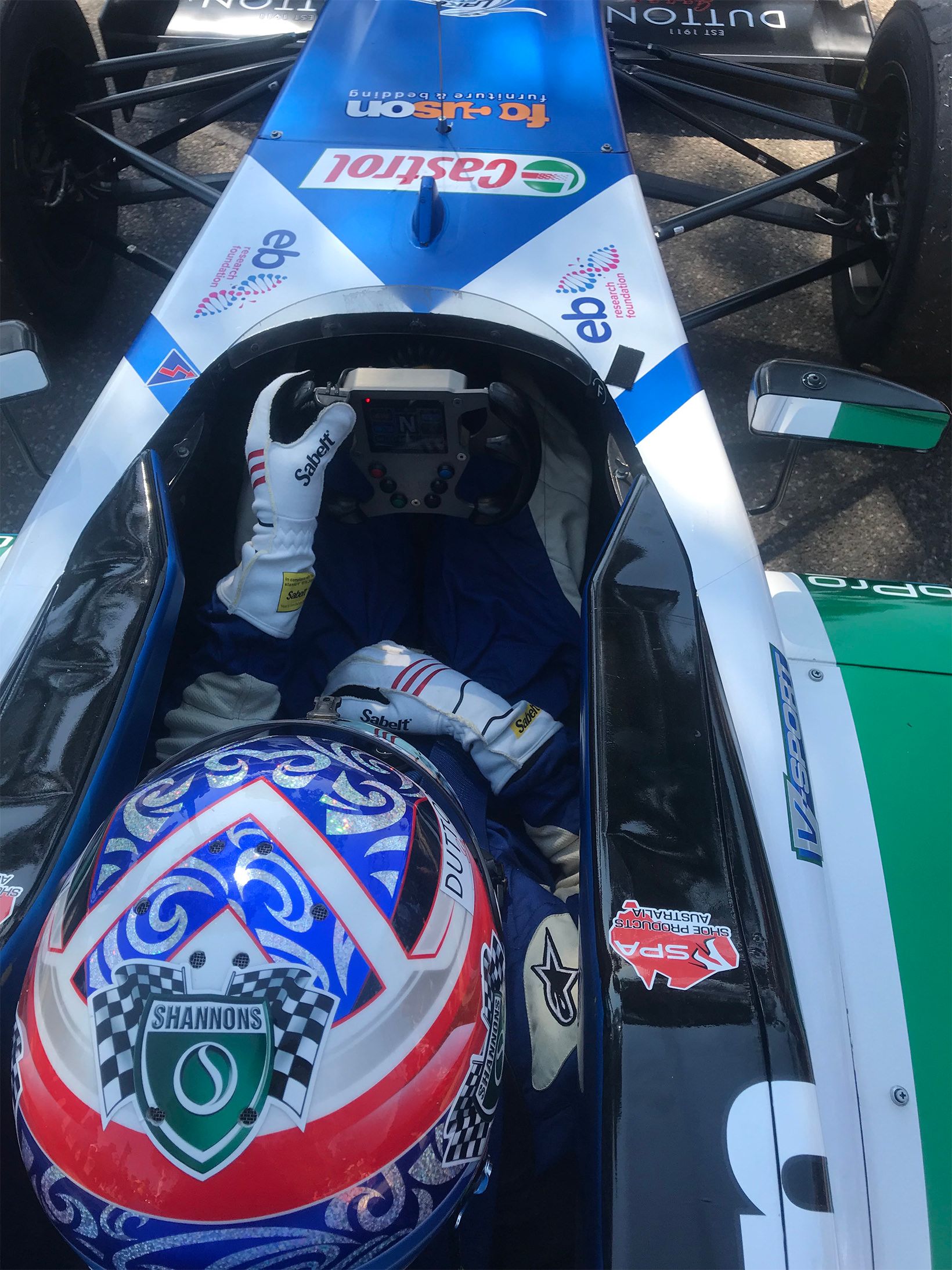 Team BRM & his family had absolutely no expectations for Emerson and really just wanted him to gain as much experience as possible, especially given his limited time in the car. It’s important to understand that the only car Emerson had ever driven was the F4 at a BRM test day 2 weeks prior to the GP. We are all extremely proud of the way Emerson conducted himself on & off the track, and hopefully, this is the beginning of his dream to have a career in motorsport.