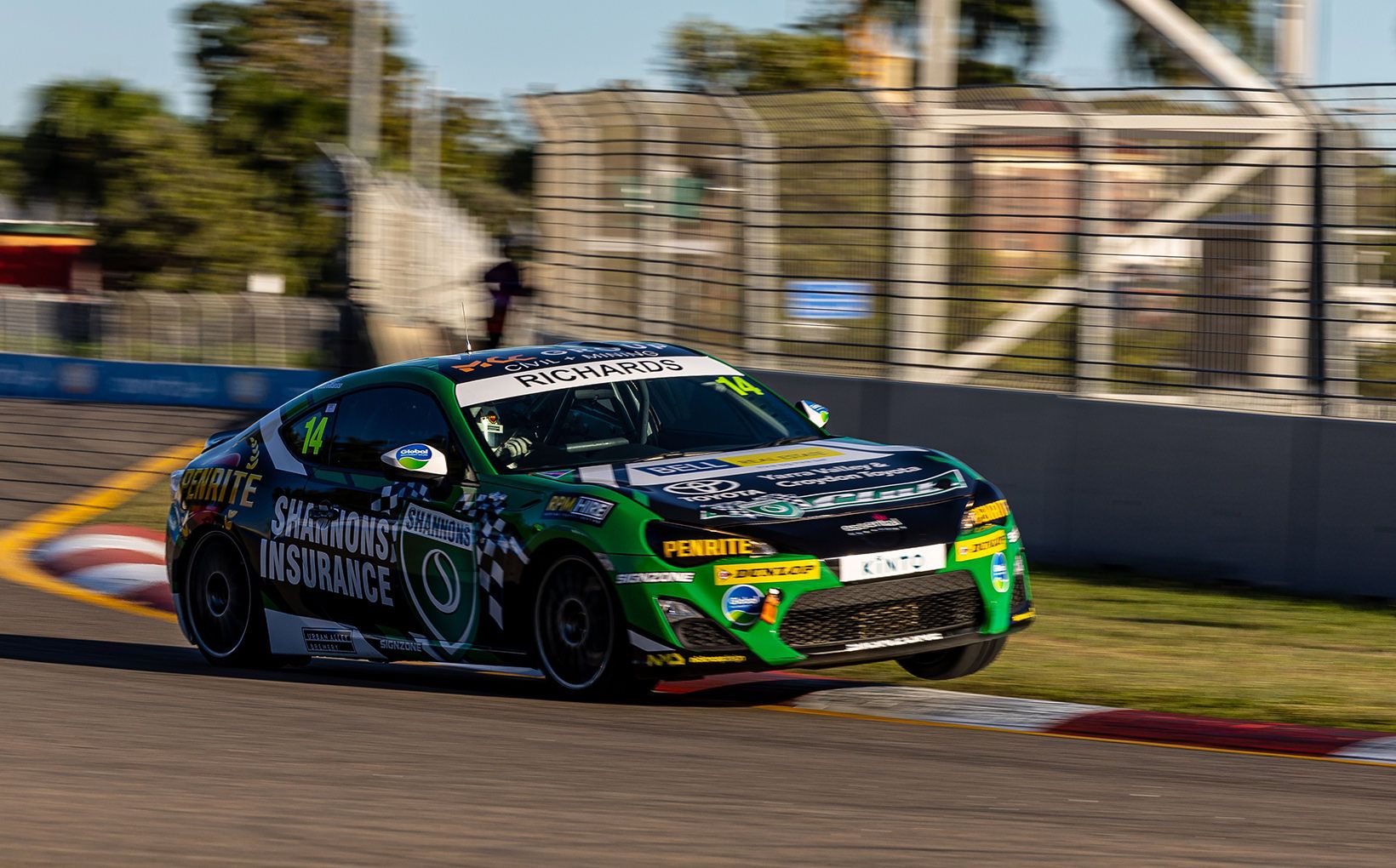 The third round of the Toyota Gazoo Racing Australia 86 Series was a great event for us. Straight out of the trailer the car was fast in practice and the pace carried through to qualifying and the races.

I placed second overall for the weekend with a third, second and first across three races. It was a roller coaster of a weekend. 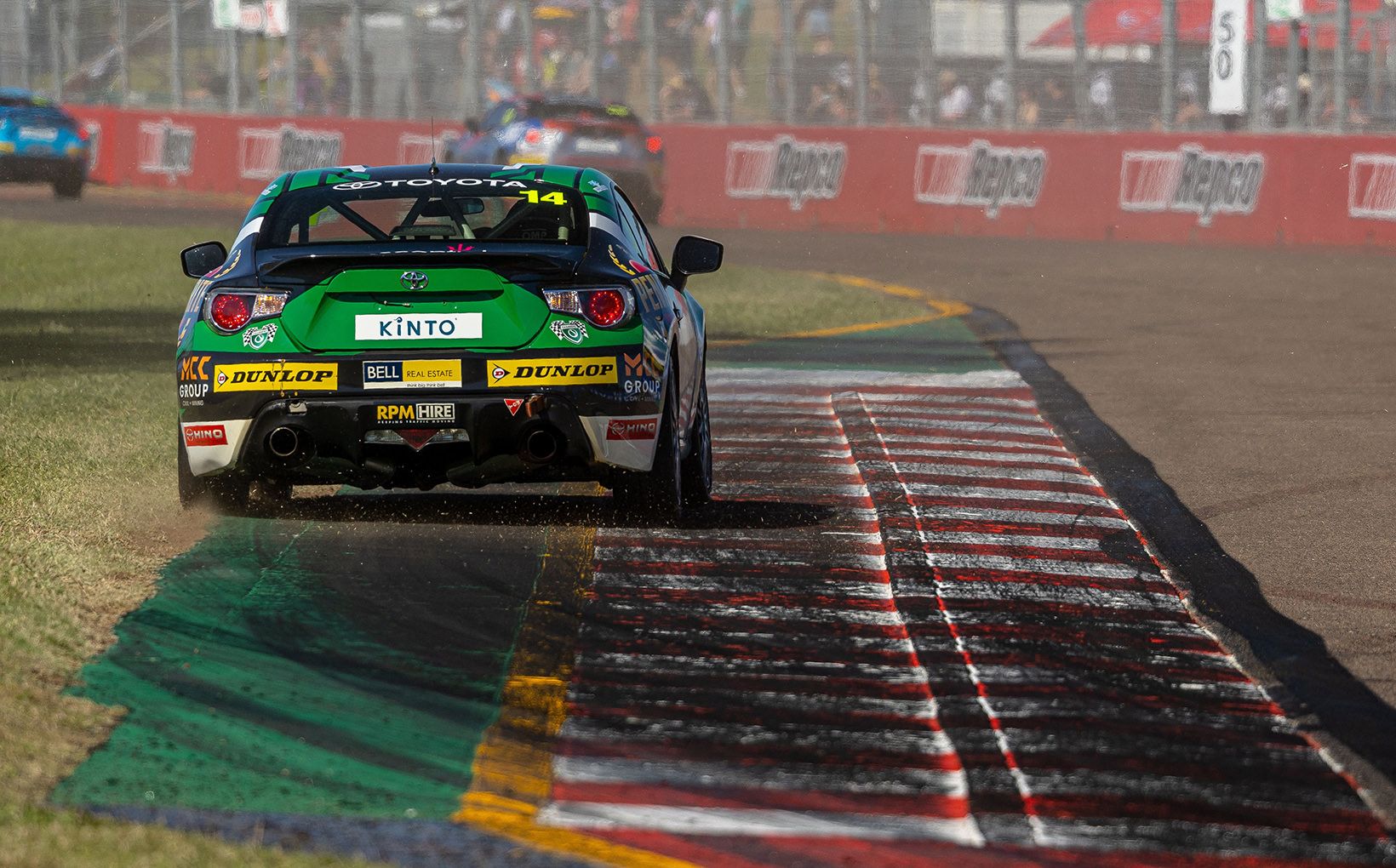 Although we didn’t finish any of the races last year at Townsville due to an accident and engine failure, my qualifying was really good placing 11th.

My hopes for this weekend was to Qualify in the top 10 and make my way into the top 5 in the races. The competition in the championship is one of the toughest in Australia where one tenth is the difference between 1st and 10th which meant qualifying is the most important session leading up to the races.

Dad and I left our home in Melbourne at 3am on Tuesday morning and drove 14 hours to St George Queensland both of us sharing the driving on the way.

From St George Dad and I drove the remaining eight hours to Townsville. 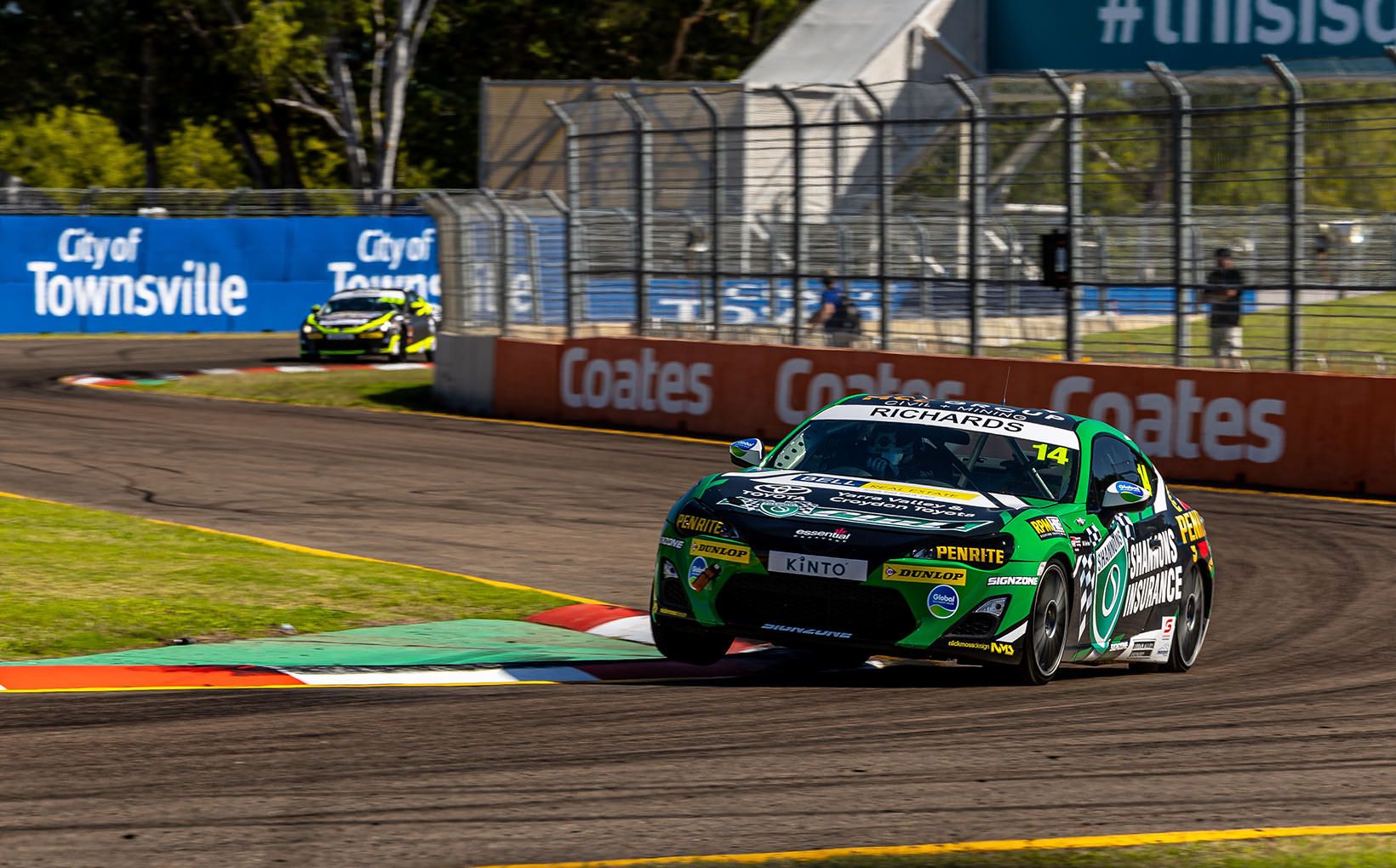 Thursday was setup day and getting everything finalised for the weekend. Dad and I bled the brake system, got fresh tyres ready for qualifying and also did a track walk.

It was an early start for us on Friday with practice 1 at 7:55am. Practice 1 was good finishing in 4th place out of 35 cars with a time of 1:29.836 only 0.300 off the fastest. We decided to not change anything on the car as the car felt really good and the track conditions were going to change for the second practice.

Practice 2 was even better, coming out on top with the fastest time. The track was a bit slower because of the warmer conditions but the car was feeling really good.

It was a quick turn around before qualifying only two hours between the two sessions. We put the new tyres on and changed the right front shock absorber. Because of the heavy kerb usage the front shock absorbers were quite common to bend. I was feeling really confident for qualifying after our two practice sessions I had to do my quickest time in the first two laps as that’s when the tyre was at its best.

I finished 2nd the session only 0.050 off of pole position I was absolutely stoked with the result although part of me was a little bit gutted I missed out on pole by that much but it felt great to get a front row start for the first race on Saturday morning. 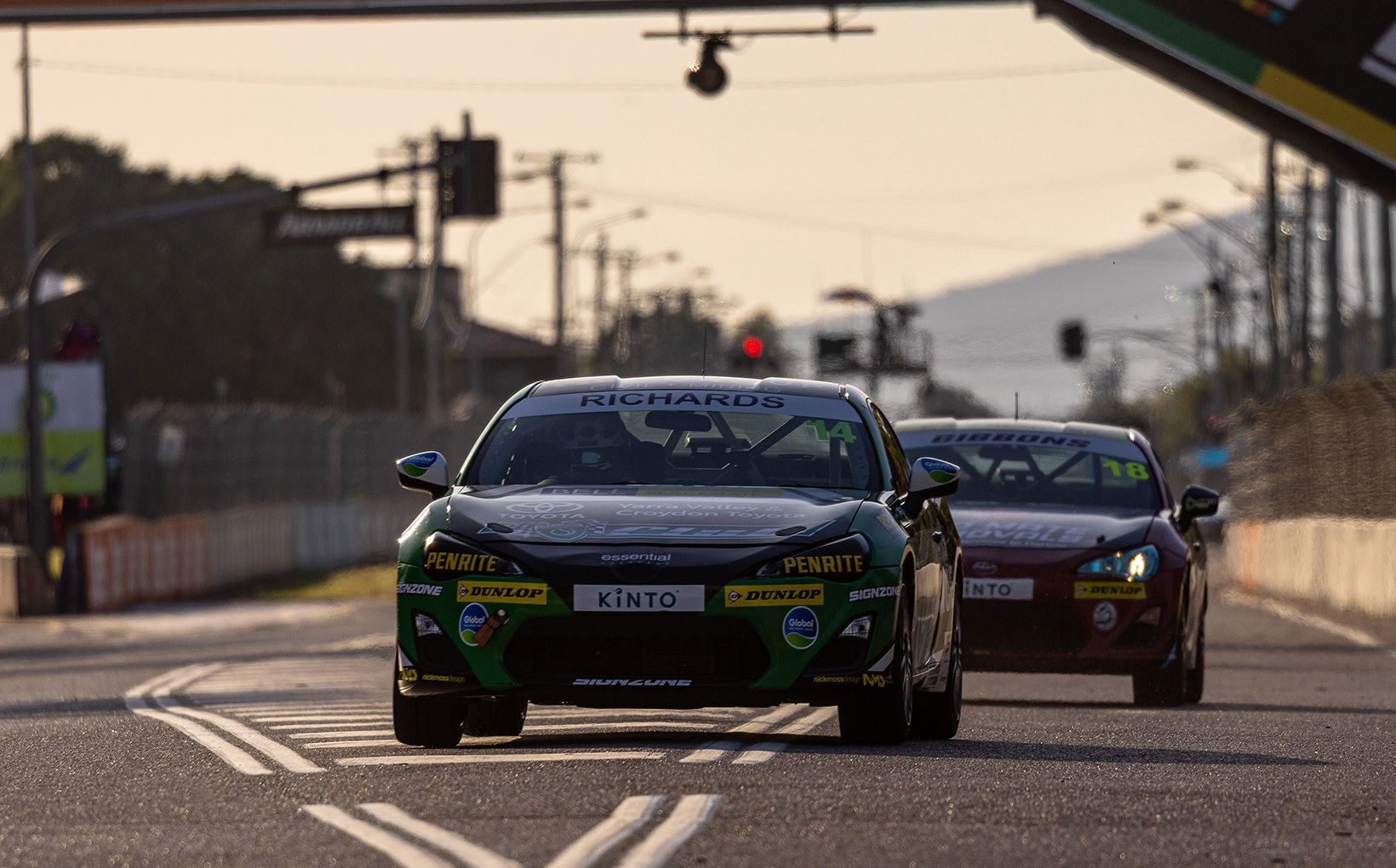 It was another early start for us on Saturday with another 7:55am start for race 1. I got a really good start to take the lead coming into the first braking zone and got a one second lead by the end of the first lap. I kept extending the gap until the safety car came out at the end of the second lap.

The safety car took up most of the race but we finally got started again. I got another good start and lead for the first couple of laps but missed a gear coming off one of the corners and lost three spots. I got up to third by the end of the race but felt a bit gutted to not get the win. But it felt good to get my first Toyota Gazoo Racing Australia 86 Series podium. 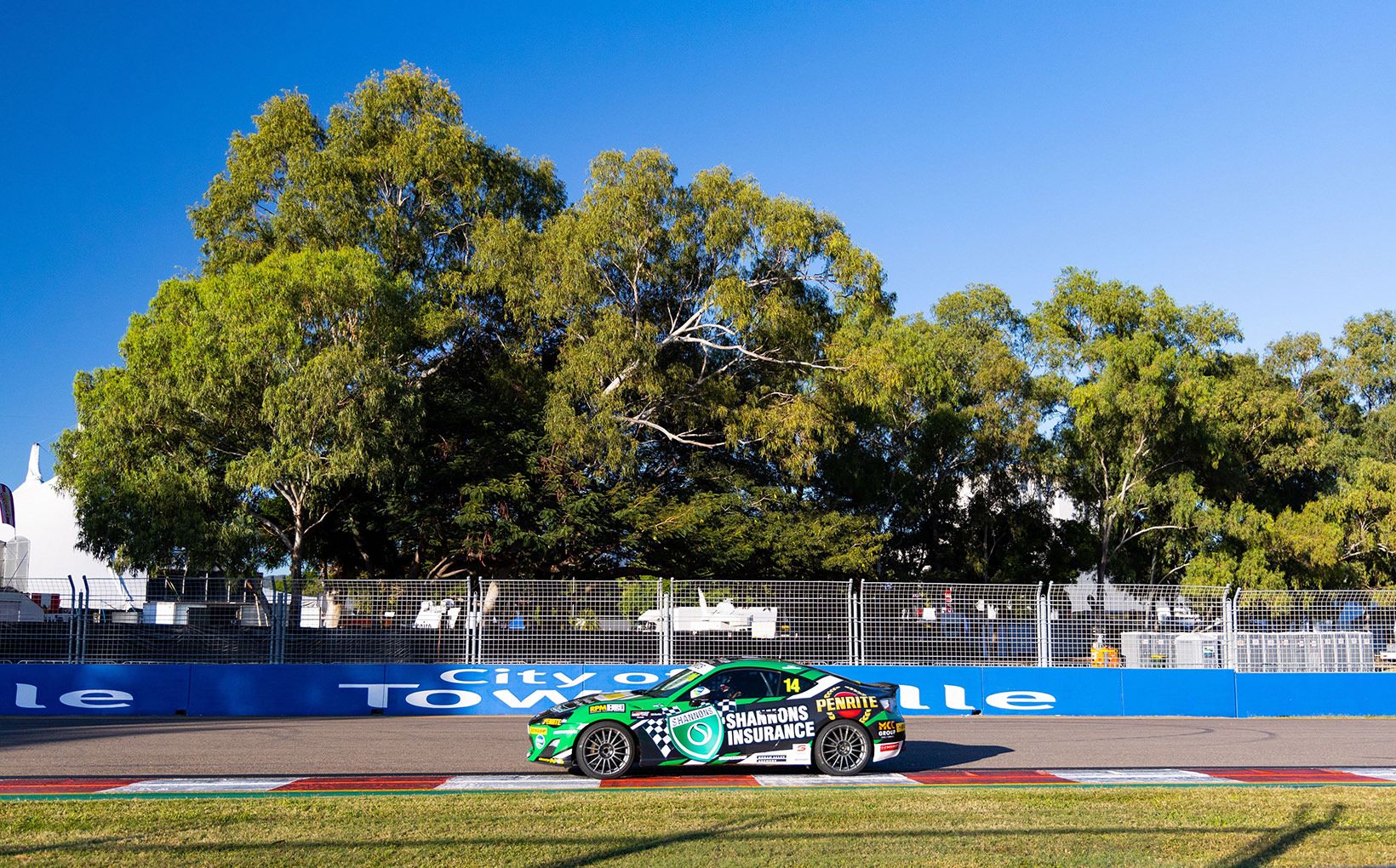 Race 2 on Saturday afternoon was again another race taken up mostly by safety car. Starting 3rd due to the previous race result I got a good start to hold onto 3rd but missed another gear which would cost me two spots to drop down to 5th.

By the end of the second lap there was a multi car pile up at the back end of the circuit which caused the safety car to come out.

A few laps later the accident was cleared up and we were able to go racing again. I got another good restart and moved my way up to 3rd before another safety car was called. The race would end under safety car and I crossed the line in 3rd but due to a driver in front of me receiving a penalty I would move up to 2nd.

We also changed the gearbox due to multiple miss shifts through the second race and didn’t want to take the risk damaging the gearbox and then resulting in a retirement. 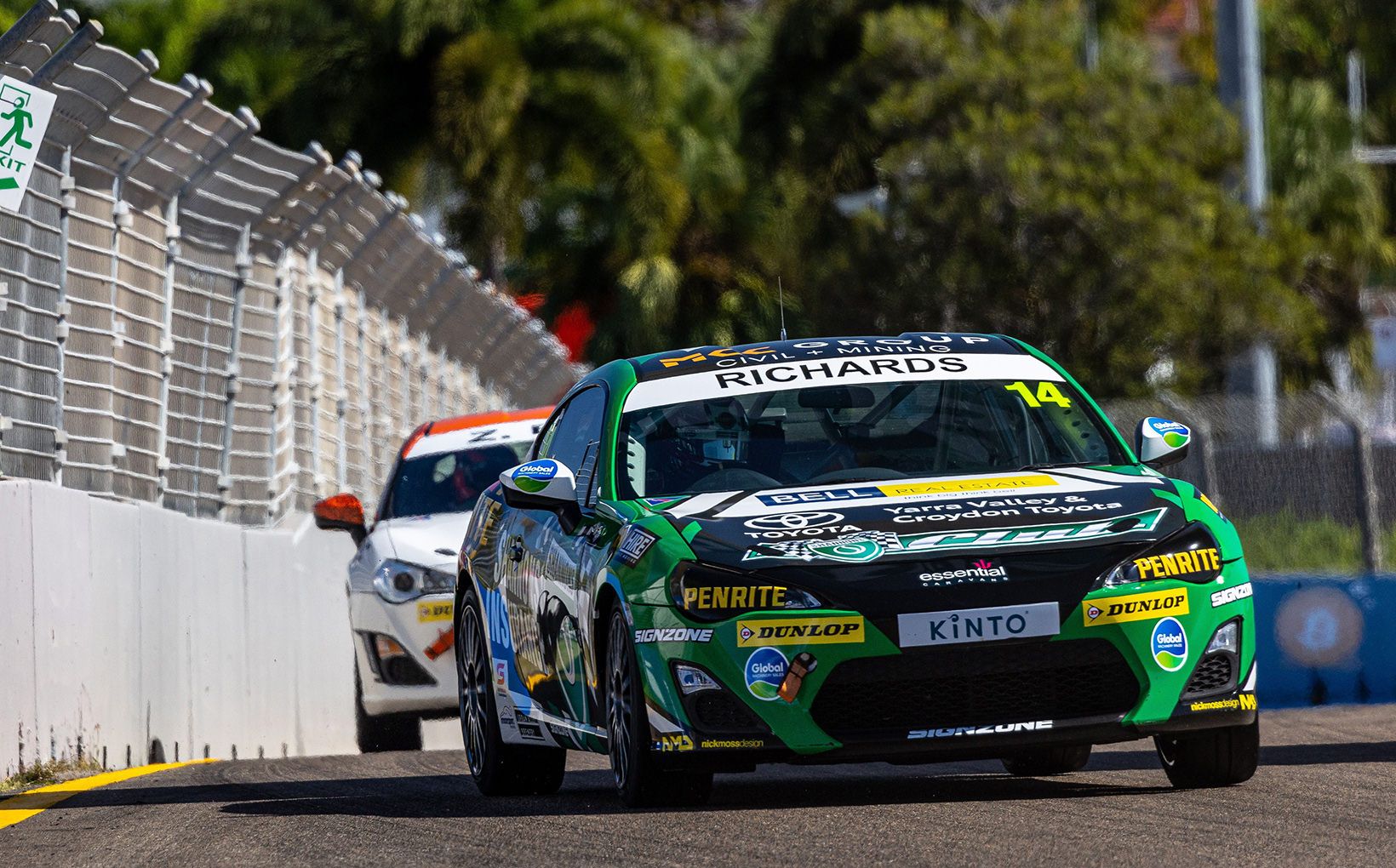 Sunday was our last day in Townsville and our last race of the weekend. Lining up on the first row I was confident I could get another good start and lead into the first turn. Both Lachie Gibbons and I got a good start and we drove away from the second row but I couldn’t overtake him into turn 1 so I had to slot into 2nd.

It wasn’t long before the safety car came out half way through the first lap due to a heavy crash on the exit of the first corner. The car felt really quick and I knew I was faster than Lachie Gibbons.

After the safety car it was a two lap dash to the end of the race. I got another great restart and started gaining on the leader, I made a passing move coming into turn 1 and managed to get the move done and take the lead.

It was a tough two laps but I held on went on to win my first Toyota Gazoo Racing Australia 86 Series race. 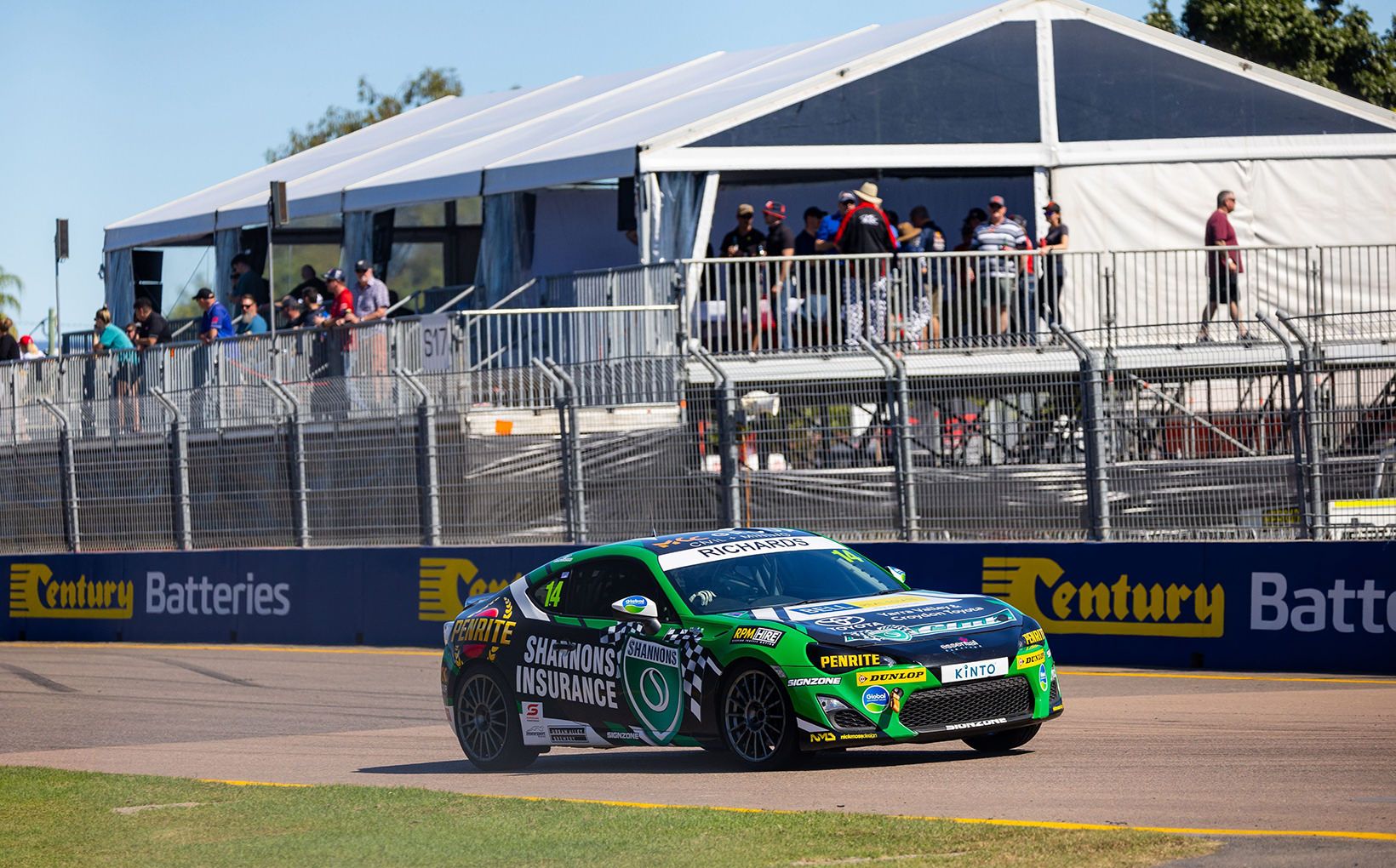 To conclude it was an awesome weekend and I never thought we’d be on the top step so quickly. The result would also move me up to third in the championship.

A big thanks to everyone for their continuous support. I’m already keen for the next round at Sandown and hopefully carry this strong form.

Our next time out on track will be at Eastern Creek in Sydney for the 4th round of the Australian Formula Ford Championship.

It’s been a massive week we’ve driven back from Townsville and had a test day in a Formula Ford at Morgan Park Raceway Queensland which is why this race report has been a bit late.