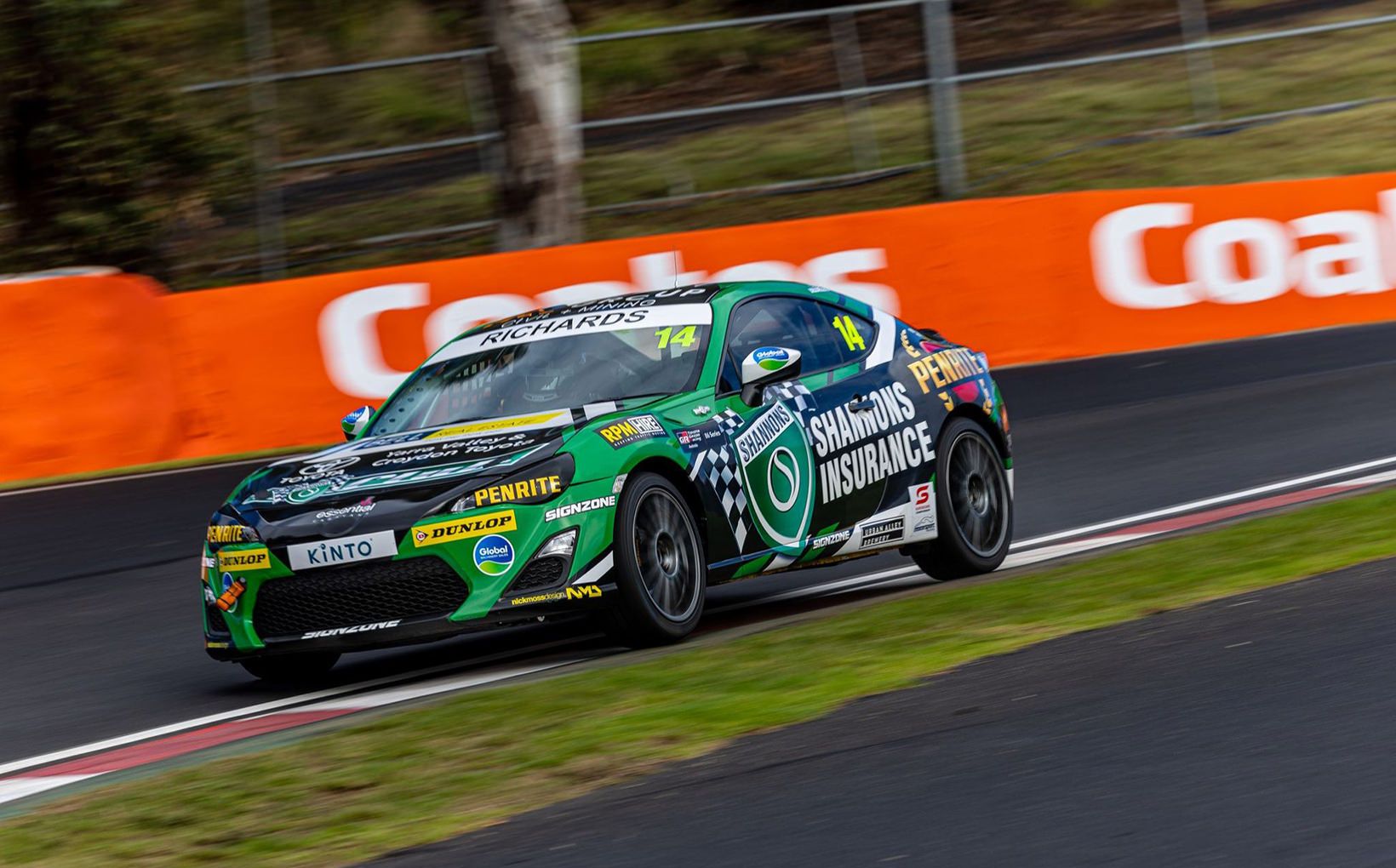 Round two of the Toyota Gazoo Racing Australia 86 Series was held over the weekend at Mount Panorama as a support category for the Bathurst 12 Hour.

Our last trip up to Bathurst was for the Bathurst 1000 in early December 2021. We had an engine problem in Qualifying which caused us to qualify at the rear of the field but my times were quick enough to be in the top 10.

After finishing work on Wednesday night and packing the last couple of items in the trailer Mum, Dad, Rodney and I started our trip to Bathurst. We stopped in Gundagai overnight and finished the trip on Thursday morning.

We arrived at a rainy Mount Panorama circuit on Thursday and setup for the next couple of days.

Our schedule for the weekend would be a little different. Only one practice session on Friday morning followed by Qualifying at midday. We then had a race on Friday afternoon followed by two races on Saturday and no events on Sunday due to the Bathurst 12 hour.

With rain forecast for Friday I was naturally a little nervous. It’s always hard to get the most out of the car on a wet track with one practice session, but it was the same for everyone.

Thankfully when we woke up on Friday it started wet but the track was drying out. 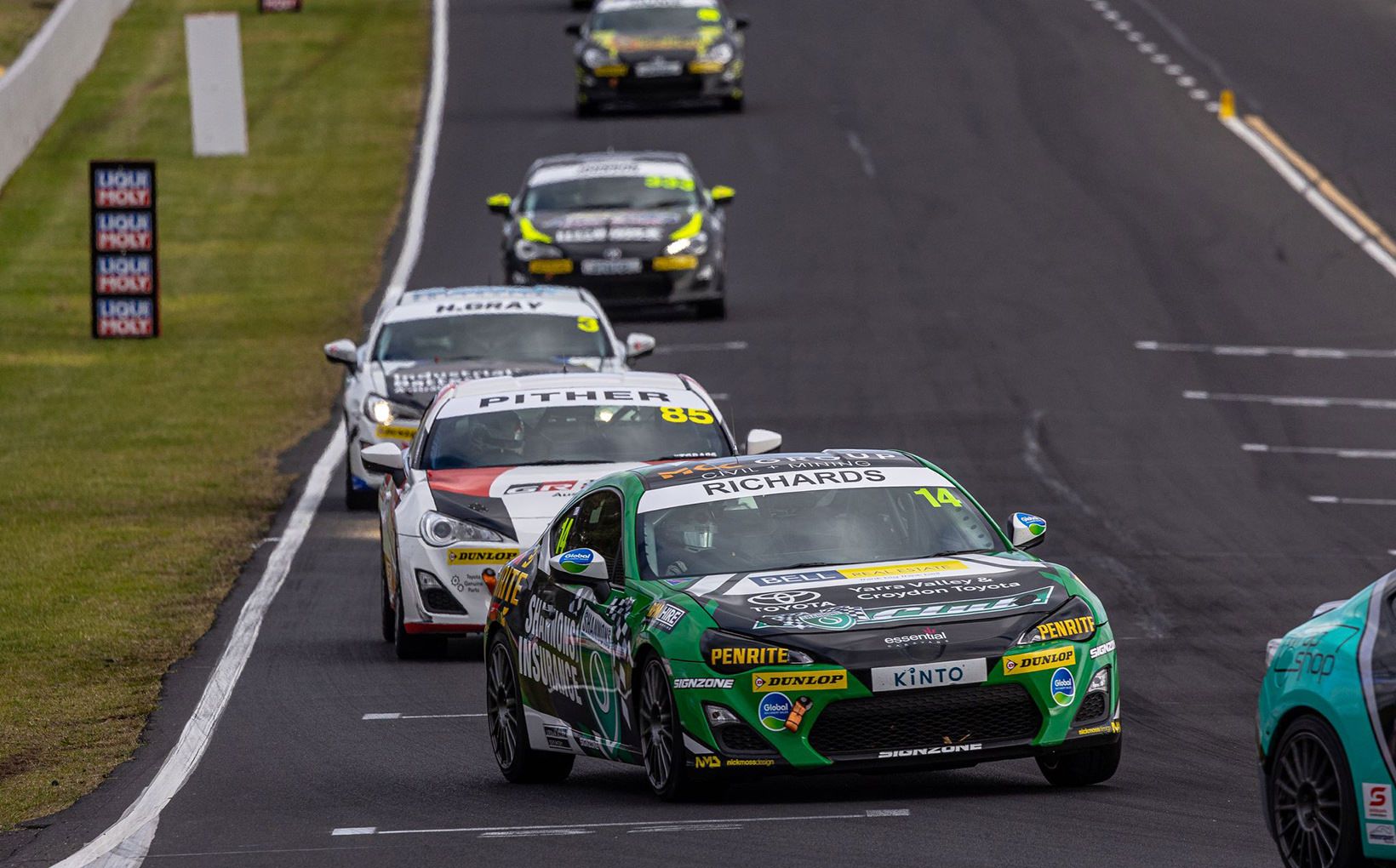 The first practice was wet to start with but quickly dried up with a dry racing line starting to form. However moving off the racing line and into the wet section of the track was slippery and very easy to make a mistake. I gained a lot of confidence in the session and was really happy with how I progressed going quicker each lap.

By the time qualifying came around it was dry. The first two laps are always the quickest of the session as that’s when the new tyre is the quickest. After battling with traffic on both laps I did my best time on the last lap of the session which put me 12th on the grid only one-tenth of a second off 8th position which was a great start to the weekend.

I got off to a great start in race one and maintained 12th on the first lap. The car felt really good however I was battling with a group of three cars ahead of me. The safety car came out on lap three and would take up most of the race. By the end of the safety car period, it was a one lap dash to the end, although the car was quick I wasn't able to take an opportunity to get passed the cars in front and had to settle for 12th spot. Even though the car was fast I wanted to make a change to the front of the car as I was struggling with mid corner understeer. 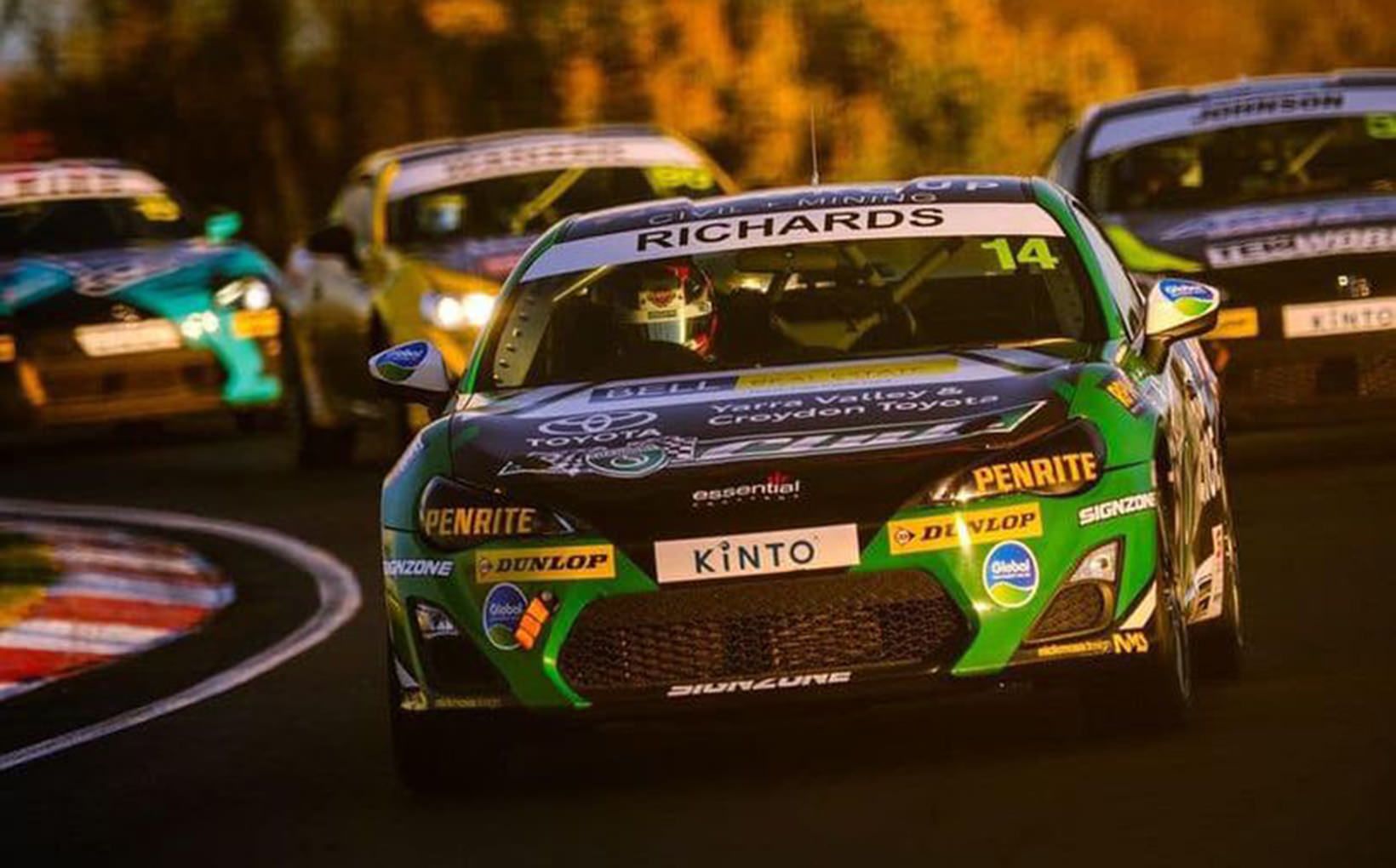 Saturday was a very chilled day with our second race starting at 12:50pm. I was starting out of 12th and we made a change to the front of the car hoping to get a bit more grip from it. I got another good start moving up to 10th by the end of the first lap my goal for the weekend was to finish inside the top 10 in one of the races. The car was handling a lot better than in the first race and I was consistently quicker than some of the cars in front. There was an accident on the top section of the track that brought out the safety car for most of the race. It would come down to a last lap dash, I finished 10th with a quick car again. I was rapt with the result.

Our last race was in the afternoon at 3:40pm starting out of 10th from the previous race I was keen to make up some more positions. Another great start saw me pick up two spots straight away by the time I got to turn 2 and moved up to 6th by the start of the second lap. While challenging for 5th I made a mistake and went wide at turn 2 halfway through the race and dropped back to 7th. The car was fast and I was right at the back of the leading group, the race was clear from any safety cars and it produced some great battles. I crossed the line in 7th and a personal best finish in the series.

It was a great weekend to say the least and has put me well into the top 10 of the championship. I'm absolutely rapt with that result.

Thanks everyone for the support and messages over the weekend. We are back racing this weekend for the third round of the Australian Formula Ford Championship at Winton. We've been having a really strong season so far in the Formula Ford and I'm looking forward to hopefully fighting for the podium. Our next Toyota 86 event will be in Townsville in early July I had a strong Qualifying there last year and I'm looking forward to carrying the momentum from this round to the next.