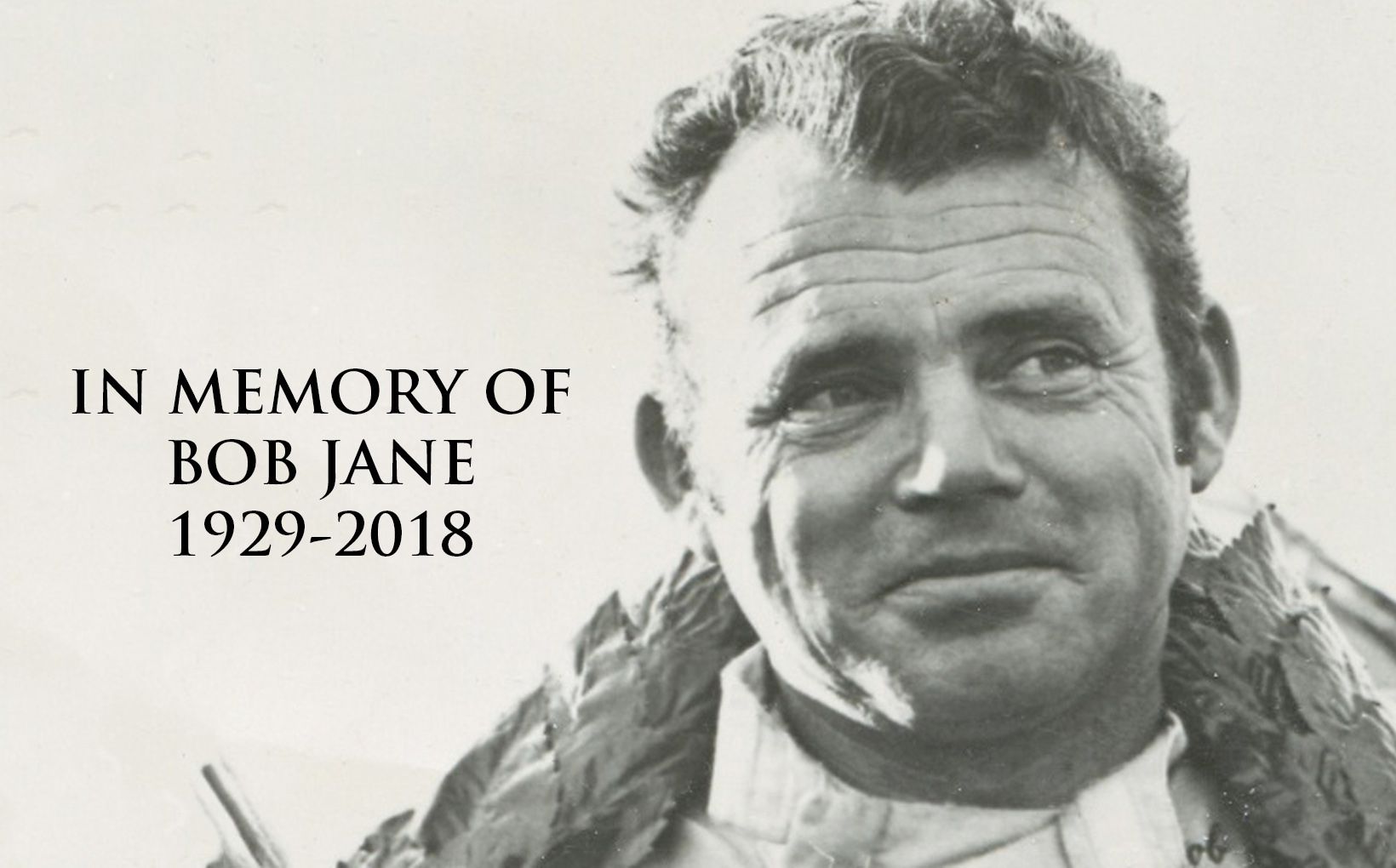 The Shannons Club was saddened by the recent passing of one of the greats of Australian motor sport, Bob Jane, following a long battle with prostate cancer. He was 88.

From humble beginnings on the back streets of Brunswick in Melbourne, Jane’s competition career started in cycling before moving to four wheels in the 1950s in sedans and sports cars. As his business interests grew in the early 1960s, so too did his profile on the race track. 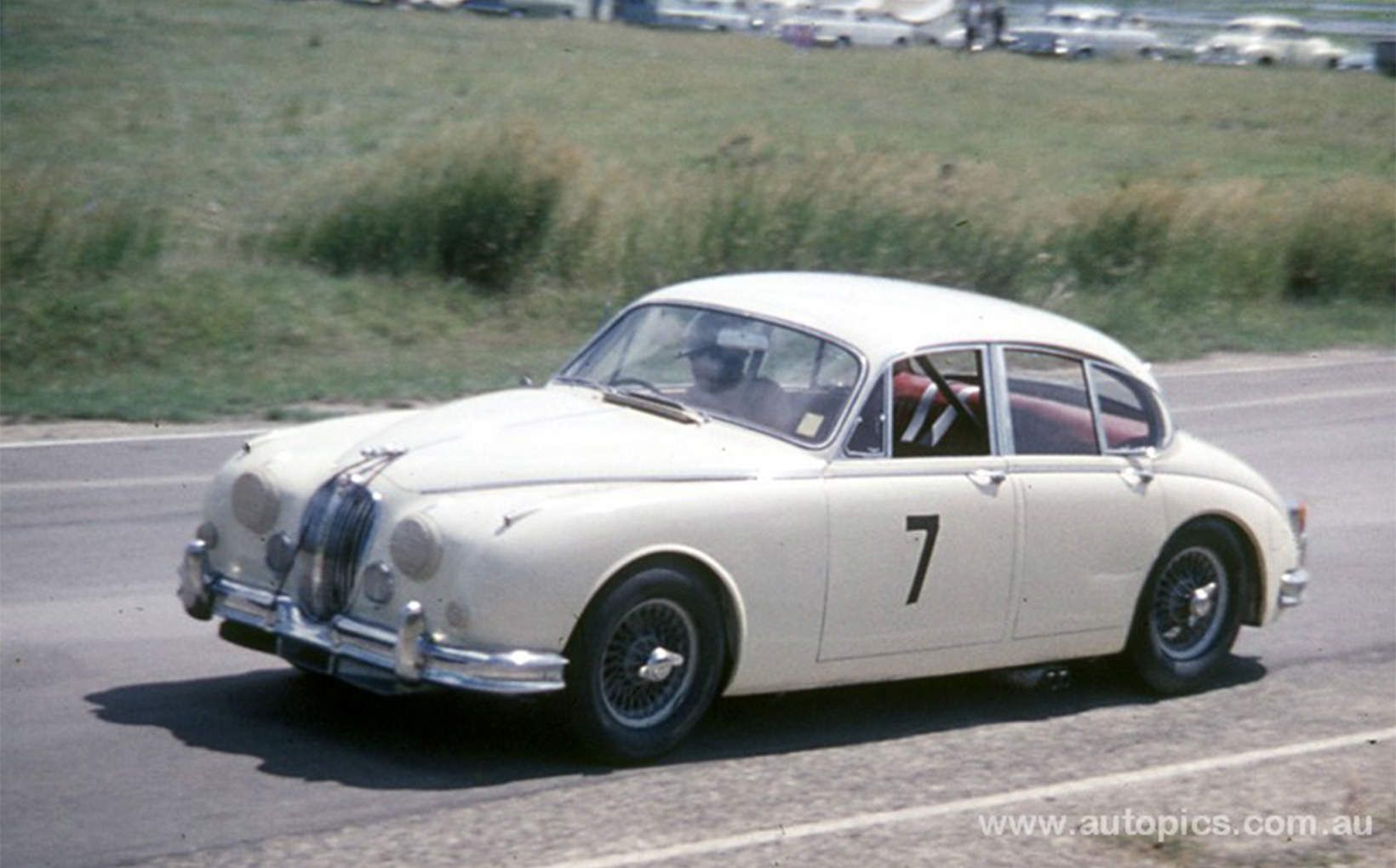 Jane won four consecutive Armstrong 500s from 1961 to 1964, three of those shared with his good mate Harry Firth. This was concurrent with his success with Jaguar in touring car racing. Jane’s mercurial Mark II was arguably the fastest in the world at the time, claiming two Australian Touring Car Championships in 1962-63. He also won the 1963 Australian GT title in an exotic lightweight E Type. 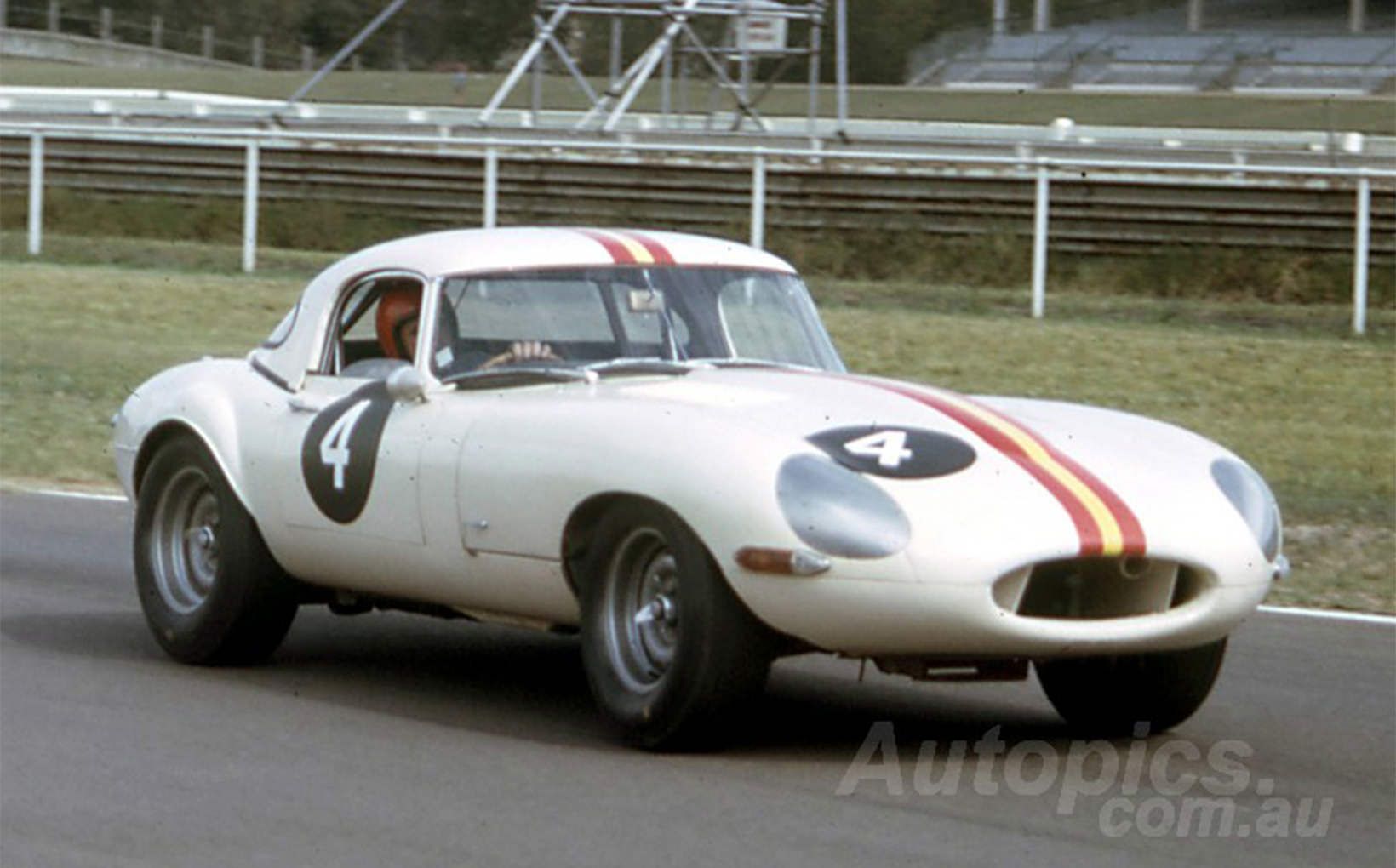 Jane was a key player in the huge growth in popularity of touring car racing in the 1960s, in which he campaigned a succession of V8 Ford Mustangs against larger-than-life rivals including Pete Geoghegan and Norm Beechey. 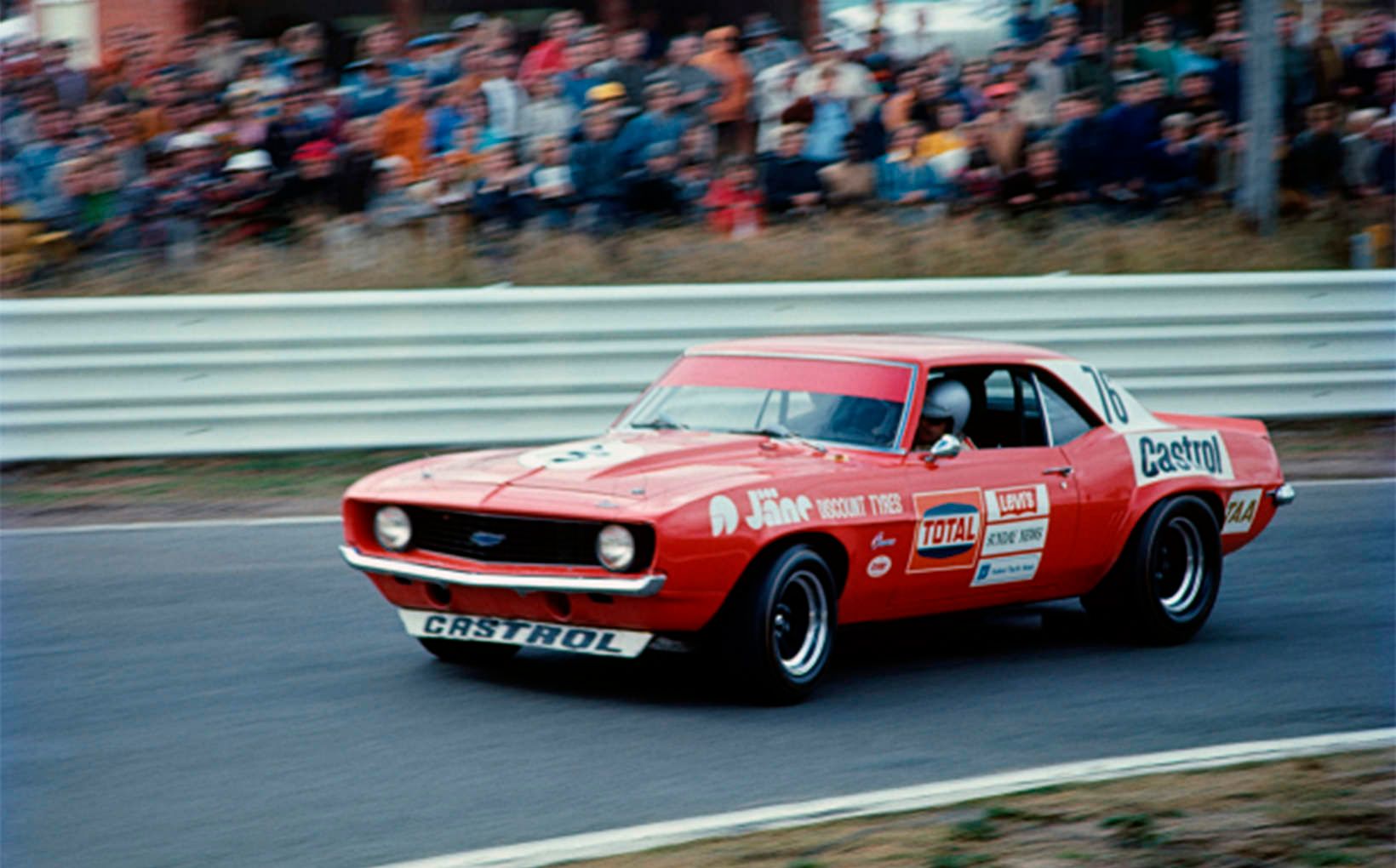 He later switched to a Chevrolet Camaro ZL-1 in which he had many gladiatorial battles with Allan Moffat’s Trans-Am Mustang on his way to winning two more ATCC titles in 1971-72. Jane then became one of the nation’s top sports sedan drivers in the 1970s, in iconic cars like his Repco V8-powered Torana, HQ Monaro GTS 350 (below) and a wild Chevrolet Monza before hanging up his helmet. 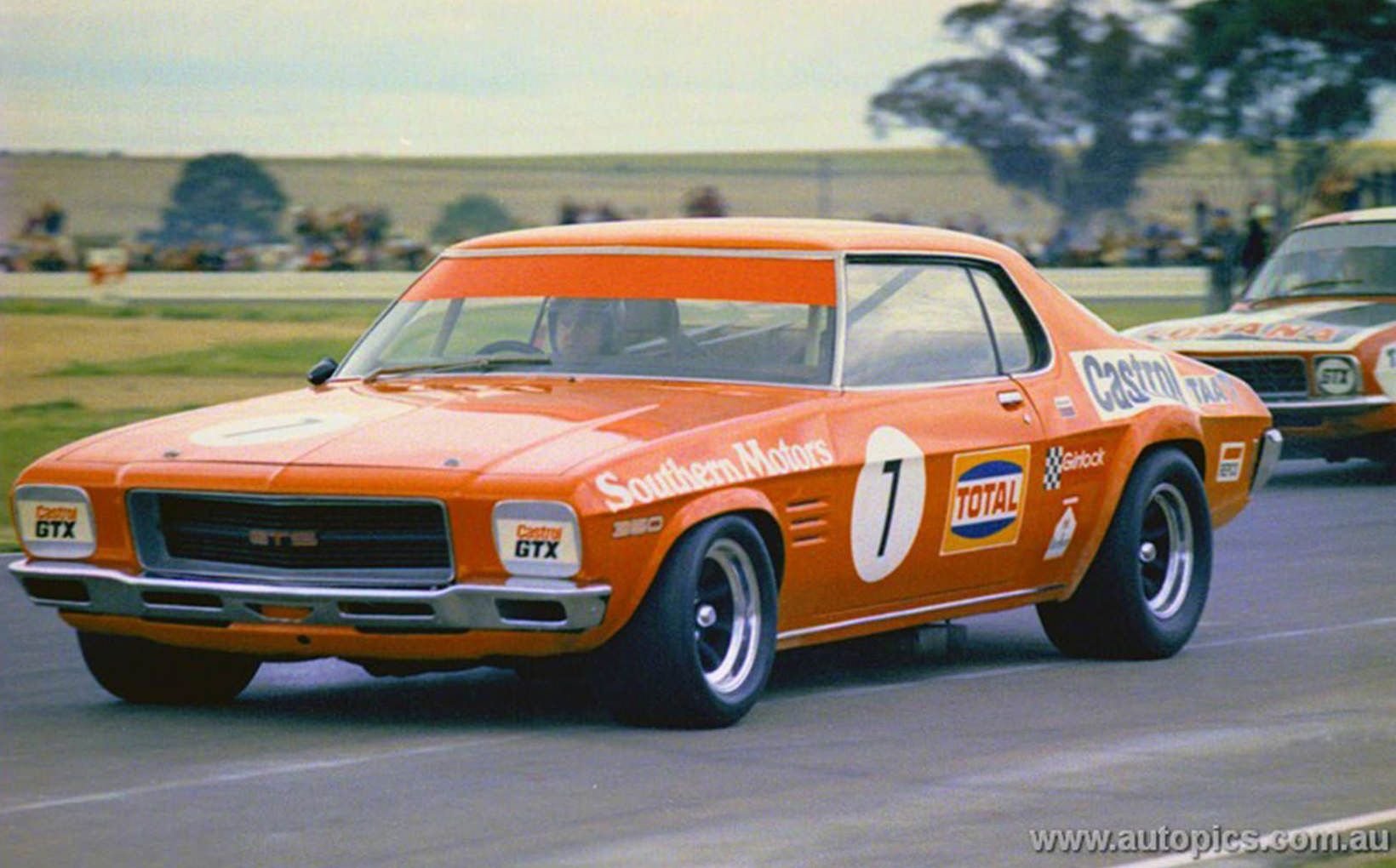 His post-driving career was just as ambitious in the 1980s, attracting top F1 stars to drive Formula Pacific open wheelers in the Australian Grand Prix at his Calder Park track, in the hope of securing a round of the world F1 championship. Although Calder missed out, his enthusiasm played a key role in the South Australian government making an F1 AGP a reality in 1985. He also brought NASCAR racing to Australia, headlined by construction of the Thunderdome super-speedway.

Bob Jane was a successful businessman, racing driver and promoter. Above all, though, he was a genuine enthusiast with a life-long passion for fast cars and motor racing for which we all owe him a debt of gratitude. To his family and friends, Shannons Club extends its sincere condolences.