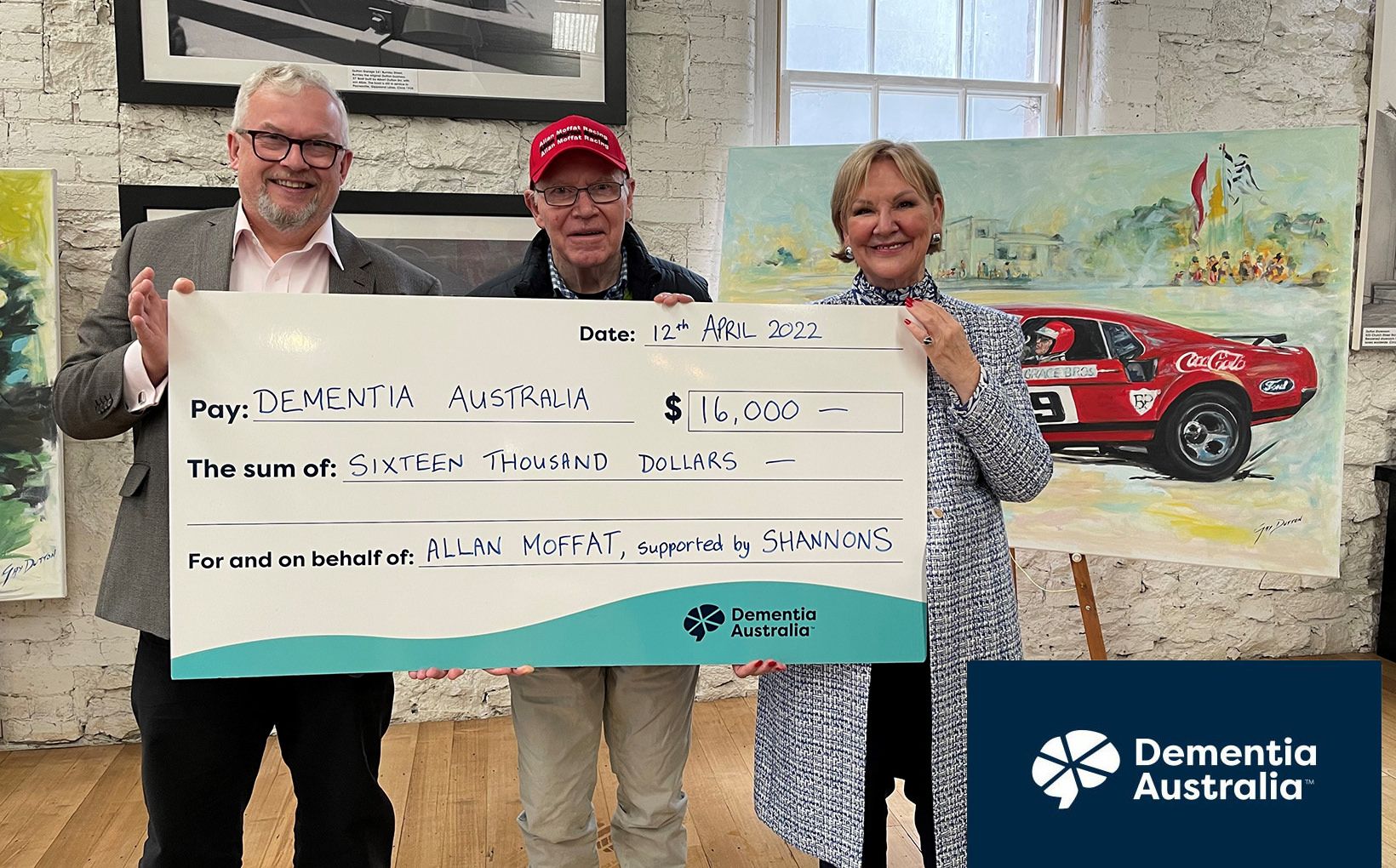 With the support of Shannons and Ford Historian Ross Vasse, Dementia Australia Patron and racing legend Allan Moffat OBE has raised $16,000 through a memorabilia auction of a signed first copy of the 1971 Ford Falcon GTHO Phase III Black Edition book.

The team behind the auction supported Mr Moffat’s commitment to raising awareness about dementia, with all proceeds going to Dementia Australia.

Mr Moffat who is best known for his four championships in the Australian Touring Car Championship, six wins in the Sandown 500 and his four wins in the Bathurst 500/1000, first talked about his diagnosis of Alzheimer’s disease in September 2019.

Maree McCabe AM Dementia Australia CEO said by sharing about his experience with Alzheimer’s disease and lending his name to this auction, Allan is making an extraordinary contribution.

“I acknowledge Allan and his team for creating this unique, historical opportunity for motoring enthusiasts, the news of which has already been shared in media, with Allan’s loyal network of fans and with the hundreds of thousands of Shannons members,” Ms McCabe said.

“When high profile people like Allan help to raise awareness about dementia it encourages others to seek support and know they are not alone if they have concerns about themselves or a loved one.”

“I am so proud to know the auction proceeds from the first copy are being donated to help raise awareness about dementia in honour of Allan, a lifetime hero of mine,” Mr Vasse said

“It is possibly now Australia’s most valuable motoring book.”

Mark Behr, Executive Manager, Marketing - Niche Brands, Suncorp said we were excited to be able to include this book in Shannons’ first online memorabilia auction.

“It was an absolute privilege to be a part of this historic auction result. I commend the team and Allan.

“He is such a huge inspiration to racing fans and has been for more than 50 years – an extraordinary legacy.”

The winning bid was from a private collector in NSW.

The funds raised will go towards Dementia Australia’s support services and programs for people living with dementia, their families and carers.

“Thank you to all involved and for your commitment to making a difference to the lives of people of all ages living with all forms of dementia, their families and carers,” Ms McCabe said.

Dementia Australia is the source of trusted information, education and services for the estimated half a million Australians living with dementia, and the almost 1.6 million people involved in their care. We advocate for positive change and support vital research. We are here to support people impacted by dementia, and to enable them to live as well as possible. No matter how you are impacted by dementia or who you are, we are here for you.