In an unmissable event for motoring enthusiasts, Shannons has been entrusted to auction 22 important classic sporting vehicles and 30 lots of memorabilia from the estate of the late Internationally-known collector and historian Ian Cummins at its November 27, Melbourne Summer Auction. 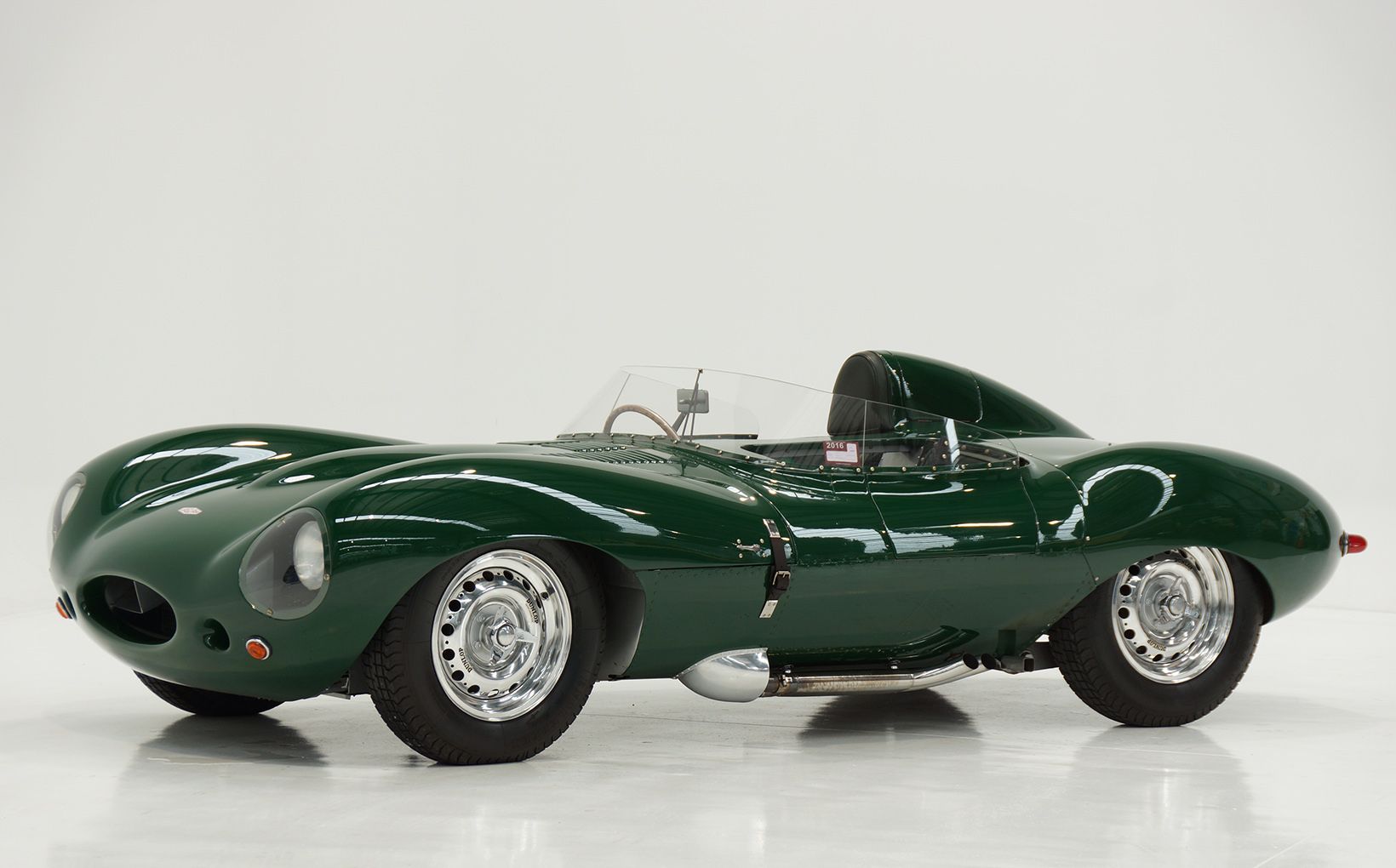 Ian Cummins’ 1955-style Jaguar D Type reconceived by ‘Classic Autocraft and incorporating some Jaguar competition parts, is expected to sell in the $750,000-$850,000 range

Amongst the special vehicles expected to attract world-wide interest are two of Cummins’ stunning racing Jaguar recreations – his 1955-style Jaguar D Type by ‘Classic Autocraft, incorporating some Jaguar competition parts and his 1953-style C-Type – plus his magnificent sequential collection of 1965, ’66. ’67 and ’68 Shelby Mustangs and his superb late-series 1987 Ferrari Testarossa. 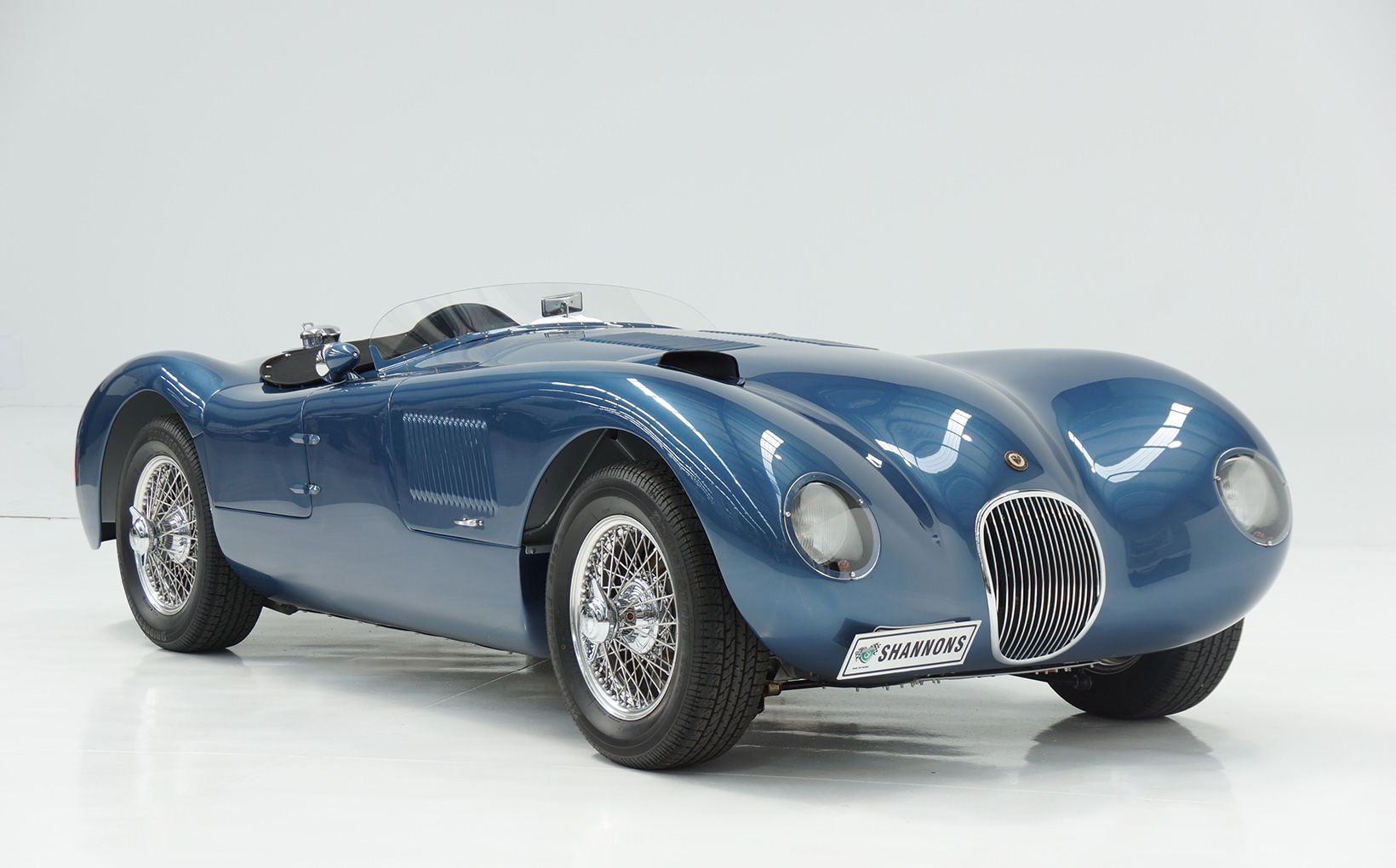 This superb 1953-style C-Type Jaguar recreation is one of a number of superb classic sporting cars from The Ian Cummins Collection to be auctioned in Melbourne by Shannons on November 27.

Cummins, who was a founder member of the Historic Sports and Racing Car Association of New South Wales (HSRCA) and had been a life member and Patron of the Jaguar Drivers Club of Australia for many years, died in November 2016 aged 77, leaving behind a treasure trove of important sports racing cars and parts, particularly Jaguar. 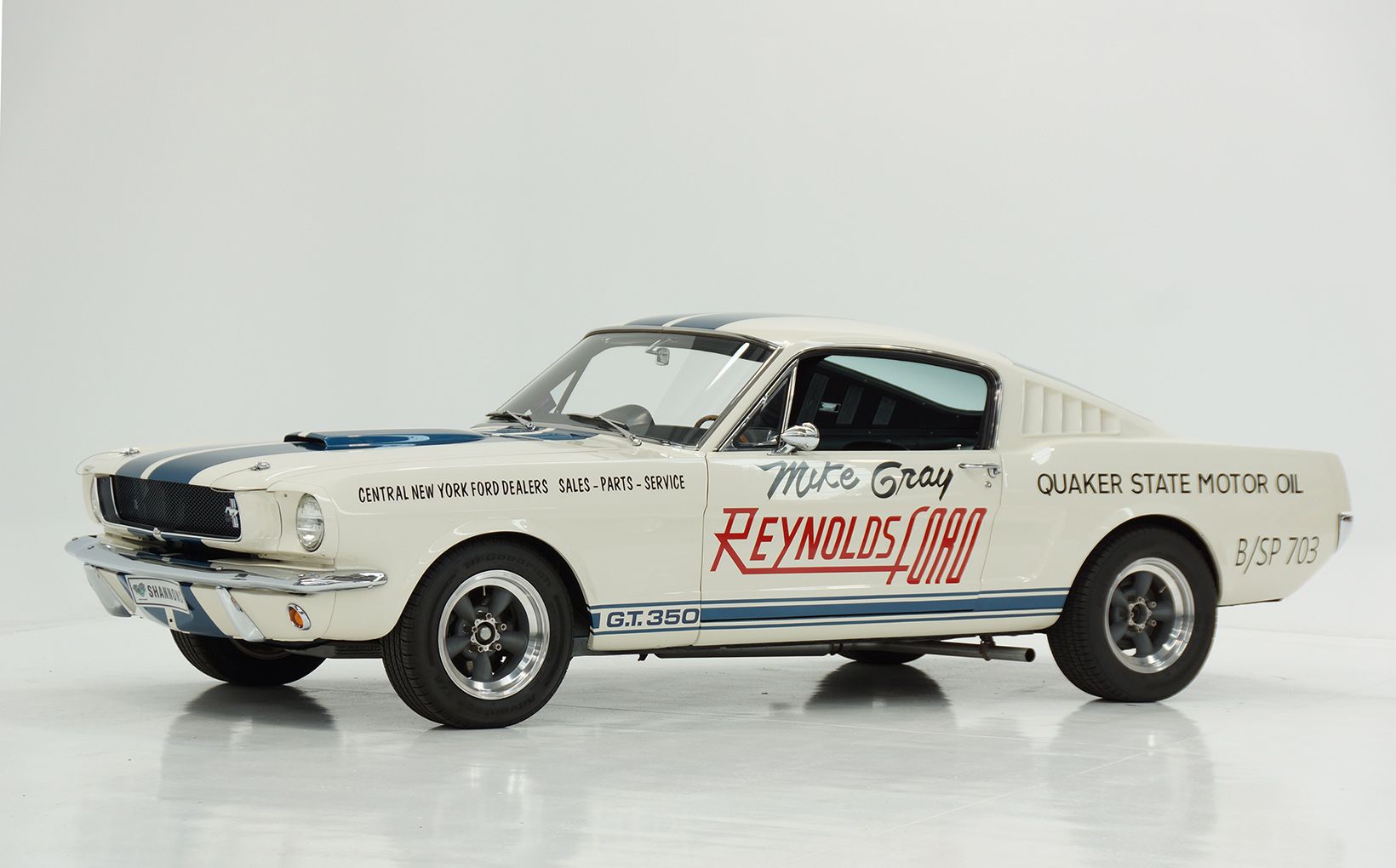 This magnificent 1965 Shelby GT350 is one of four sequential-year Shelby Mustangs to be offered from The Ian Cummins Collection by Shannons at its Melbourne Summer Auction on November 27.

The Cummins Collection will form the core and highlight of Shannons Melbourne Summer Auction, in which a total of 50 classic vehicles and more than 40 lots of memorabilia items will be offered. 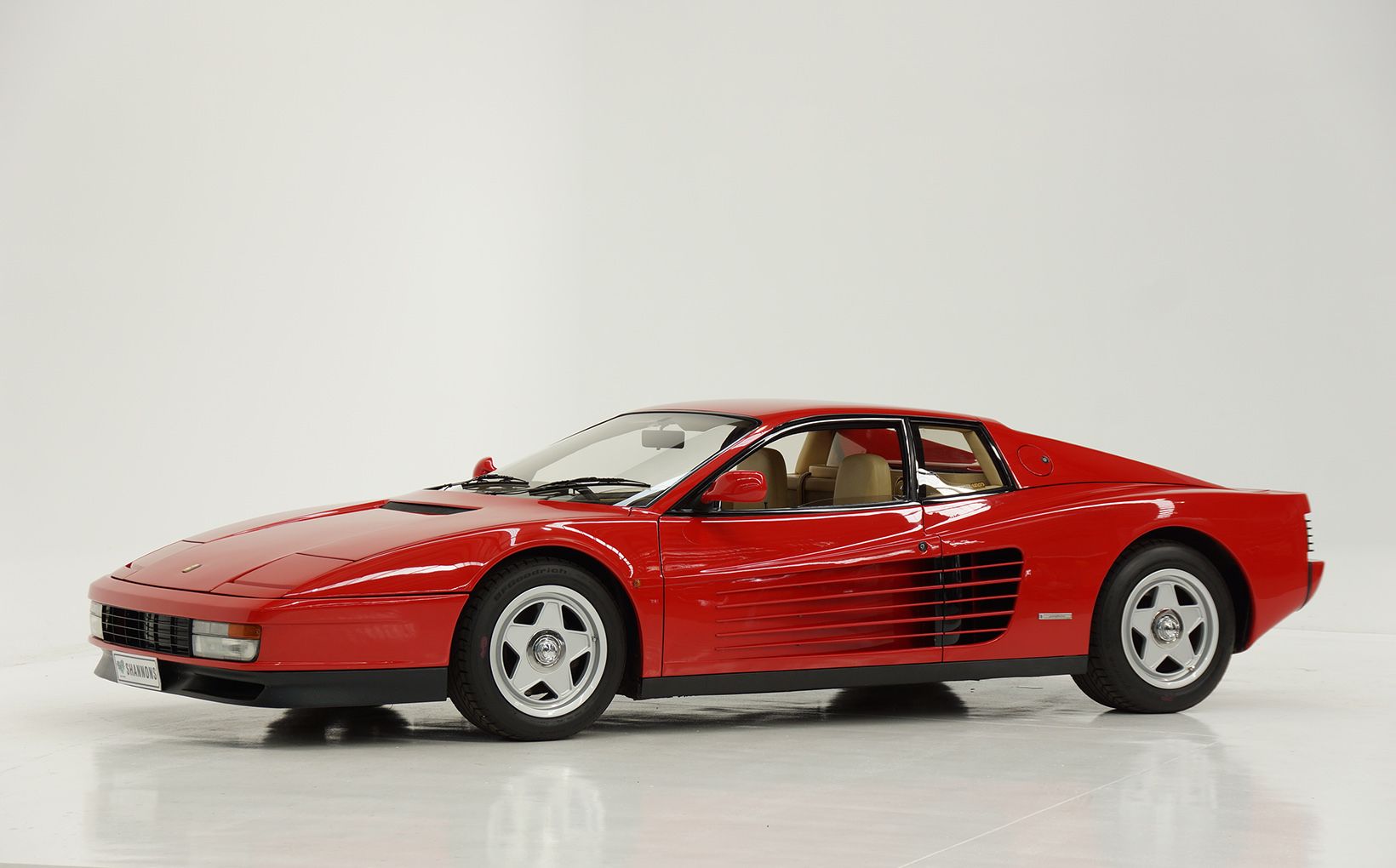 This late series 1987 Ferrari Testarrossa is one of 22 important vehicles from The Ian Cummins Collection to be offered at Shannons Melbourne Summer Auction on November 27.

National Auctions Manager Christophe Boribon said Shannons was proud to be entrusted with these high-quality, world-market items from the Ian Cummins collection.

“Ian was a Long-term client and friend of Shannons,” said Boribon. “The many important cars he owned and restored are automotive assets that touch the hearts of all motoring enthusiasts”.

Born in 1938, Ian Cummins had a passion for cars and began collecting them from an early age. In his lifetime, he gathered and restored many varied things, but his number one passion was cars, and particularly Jaguars.

His love affair with Jaguars started with a Jaguar XK120 swap card in a cereal box when he was about 10. However, by the time he was 18 he managed to save enough to buy a partially damaged and repossessed XK120 roadster.

However, he could only afford enough petrol to do a few laps of Griffith’s main street to impress the girls and later rolled the Jaguar on the way to watch the Bathurst races in 1957, an expensive lesson in making sure you insured your car.

While besotted by the products from Browns Lane, he didn’t confine himself to just Jaguars. He also had Austin-Healeys and a Triumph TR2 while saving up to acquire his next Jaguar and went on to own dozens of XKs and almost every Jaguar model type from 1930 to 1990, in various states of repair.

Moving to Sydney in 1967 with his young family enabled him to take full advantage of his passion and there, John ‘Jumbo’ Goddard (D-Type OKV1) became a mentor and a great influence. He helped drive Goddard’s 1924 3-4 ½ Litre Bentley from Sydney to Adelaide in a record attempt for a Vintage car, covering 1043 miles in 20 hours.

Following an eye-opening trip to the UK with Goddard, Cummins with a partner established Classic Autocraft in Sydney. As well as looking after OKV1, they also restored three famous D-Types – XKD510, XKD526 and XKD545. 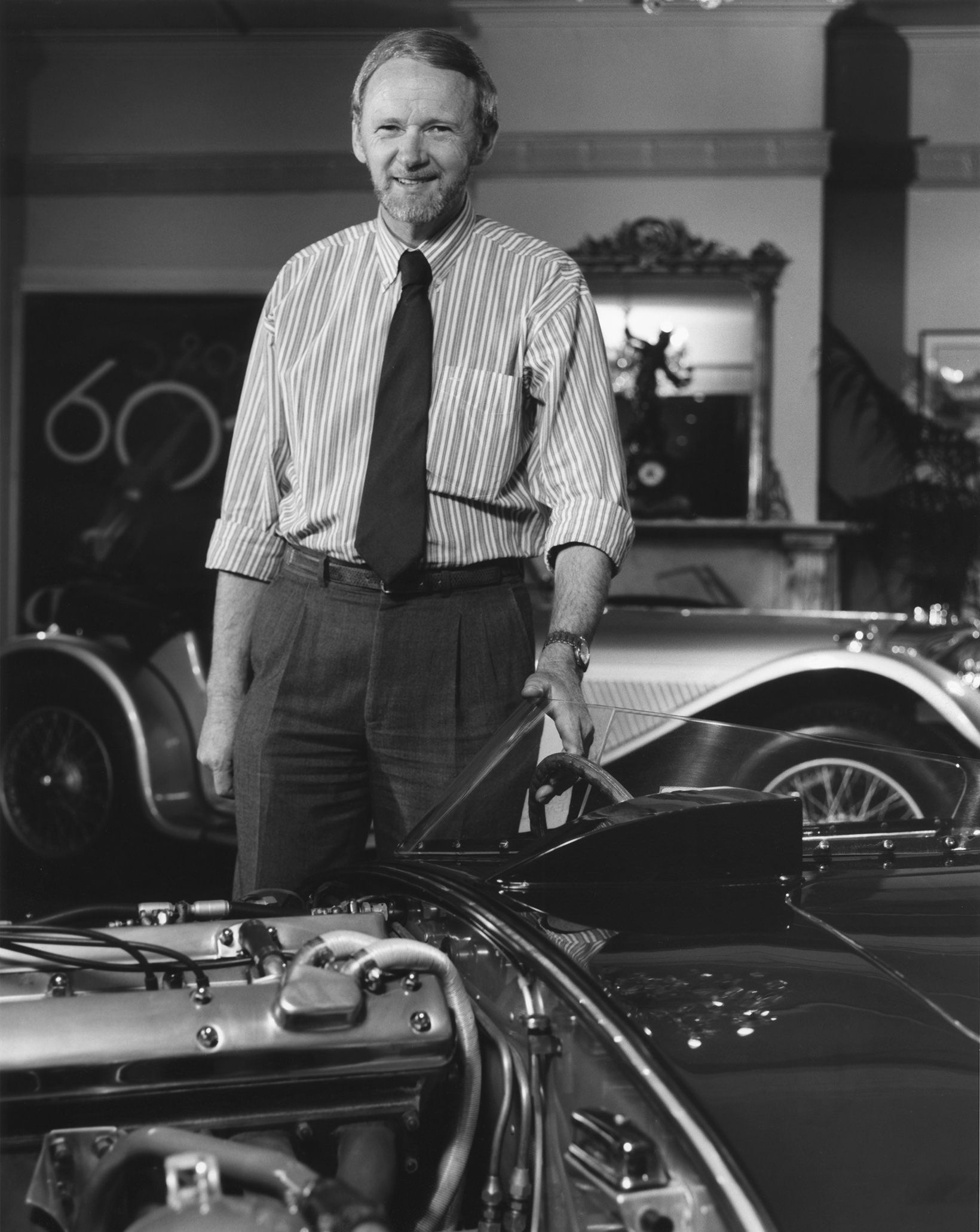 Cummins and his craftsmen also built two replica D-Types incorporating many original parts – one of which is being offered in the forthcoming November 27 Shannons Auction – that are considered to be amongst the best in the world.

Finding the car restoration business too stressful, Cummins then decided to open Australia’s first shop dedicated to model cars and due to his passion, Model Cars Australia became the Australian sole agent for many model car companies around the world.

In 1986, he sold Model Cars Australia and moved to England to curate the Donington Motor Museum for his friend Tom Wheatcroft.

During his time in the UK, Cummins acquired and raced the ex- Maurice Trintignant Ferrari Type 555 Super Squalo and was able to drive the Bugatti Royale that had belonged to Briggs Cunningham. He then sold the Super Squalo in order to buy back the Jaguar D-Type XKD510.

One of his’ favourite sayings was “He who dies with the most toys wins”.

Through the sale of his vehicles, many enthusiasts around the world will be winners.

For more information on the auction contact the Melbourne Auction Team on (03) 8588 0809 or email auctions@shannons.com.au.