Avantime: Ahead of time or Renault’s 'Edsel'? 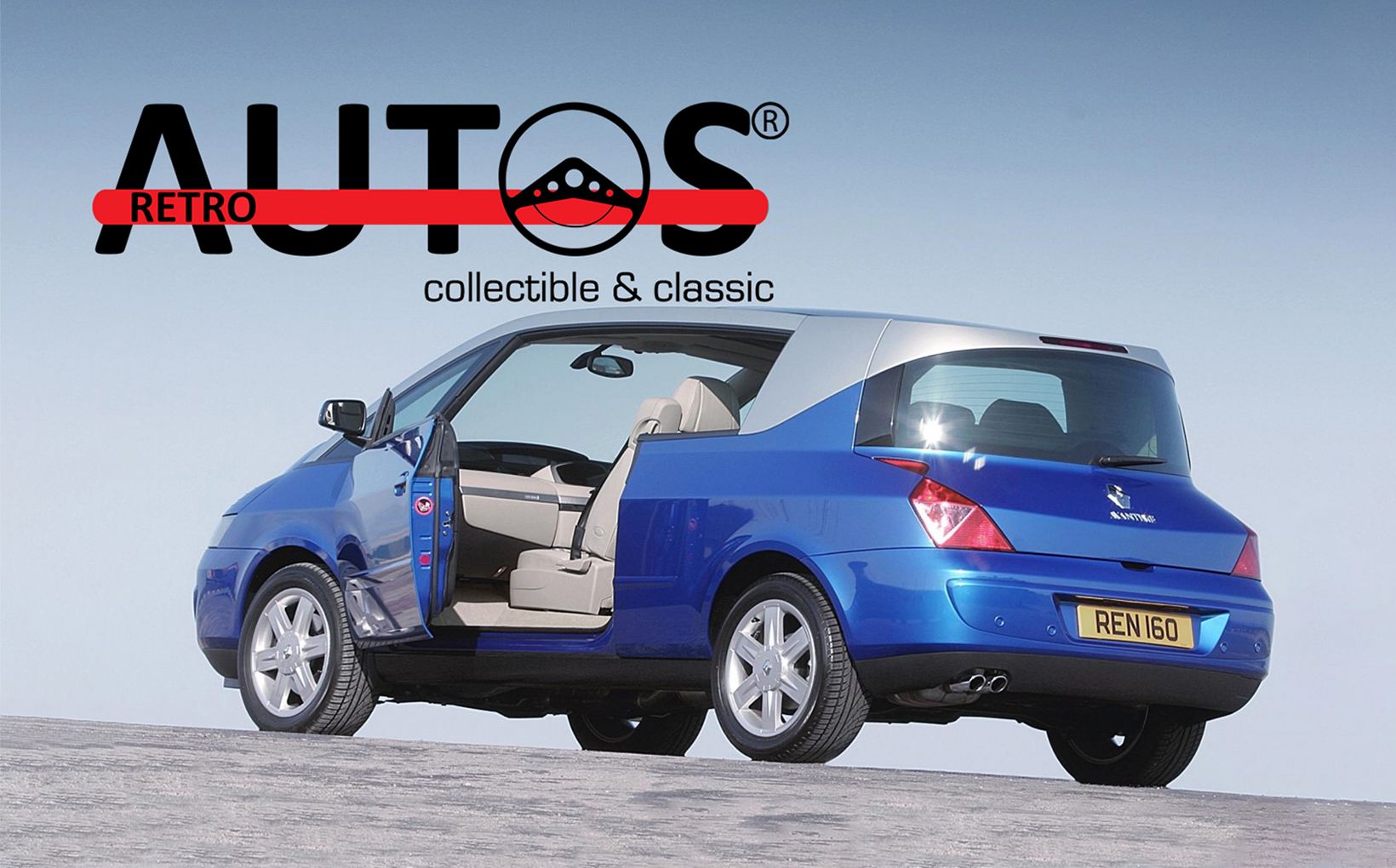 It is 20 years since Renault released its visually polarising Avantime.

The name means “ahead of time” and Renault sold just over 8500 in three years before it was withdrawn from sale. It was one of the biggest sales flops in automotive history.

So, what is the Avantime?

Well, it was Renault’s attempt to invent a new kind of car: a luxury/sports high riding coupe for those who wanted to “stand out”. 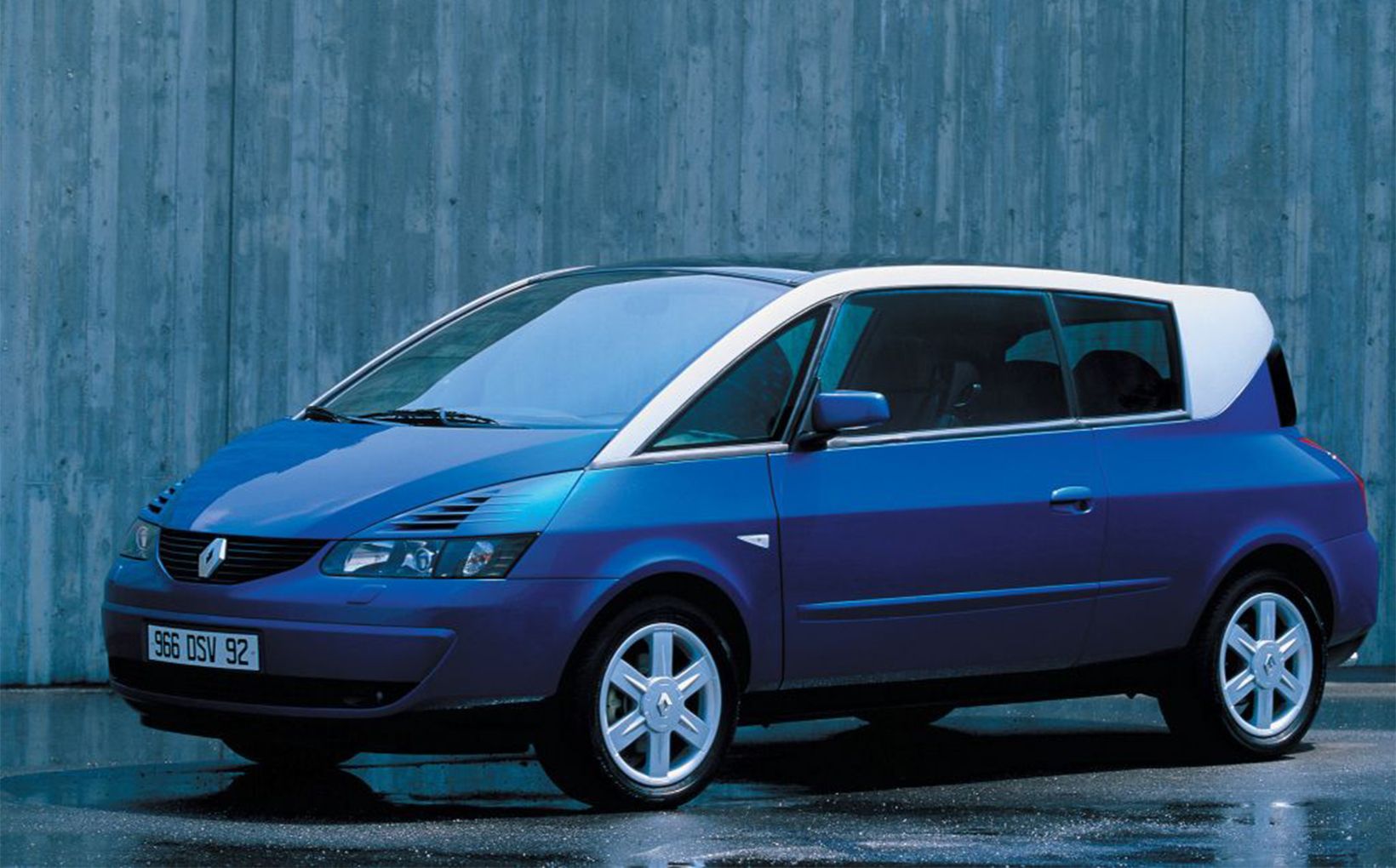 If you wanted to stand out, the Avantime was the car for you. Daring, sensual, striking, inspiring and pioneering is how the Renault brochure described the car. ©Renault Group 2021.

The Avantime idea originated within Matra Automotive, a subsidiary of an aerospace conglomerate. Matra and Renault co-developed the latter’s minivan success, the 1984 Espace. Matra’s factory built the Espace through series one, two and three.

The convoluted process by which Matra and Renault actually ended up with the Espace, which was originally designed by Chrysler in the UK during the late 1970s, could only happen in the automotive industry or as a work of fiction. Ironically, Renault released its Espace in July 1984, eight months after Chrysler’s chairman Lee Iacocca stepped up to the podium to announce the launch of Chrysler’s minivan in the USA and claim the bragging rights to having “invented” the modern minivan. 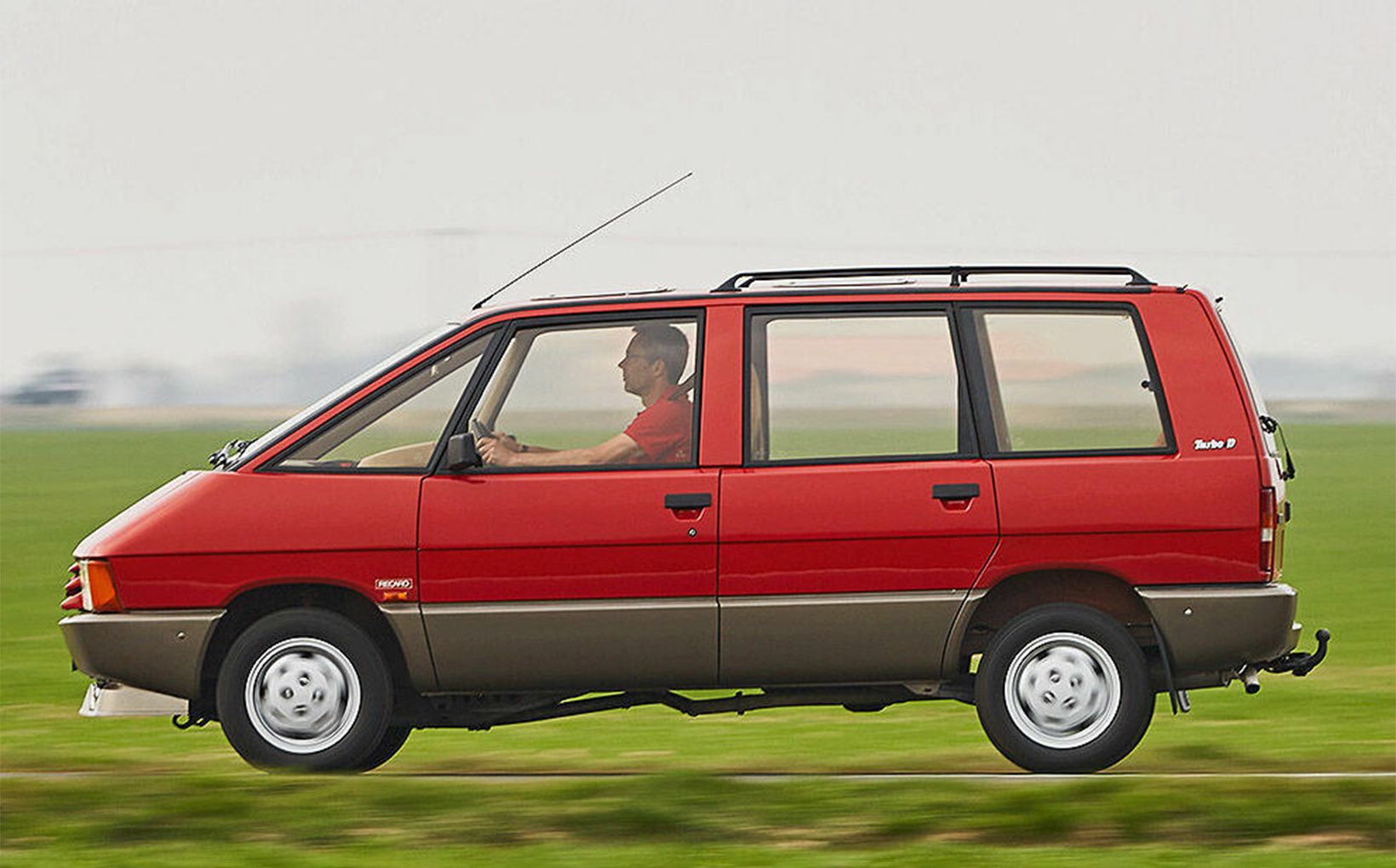 The Espace was built at Matra Automotive and formed the underpinnings of the Avantime. ©Renault Group 2021.

Around the time the Espace series III was in development in 1996, Matra pitched the idea of the Avantime to Renault. Matra argued once Espace owner’s families had grown up these “empty nesters” would be looking for a vehicle that combined the benefits of a minivan, smart styling, the open-air experience of a convertible and lashings of luxury in the grand touring/sports tradition.

In his autobiographical book Design: Between the Lines, Renault’s chief designer Patrick Le Quement wrote that the Avantime was “an entirely new species and the first ever crossover.” He added that its mission was to be the “answer to those looking for a car for pleasure.”

But was anyone really asking the question?

What they seemed to be reinventing was a bulked-up version of the American “personal car”—Thunderbird, Buick Riviera, Chevrolet Monte Carlo and Pontiac Grand Prix.

Given that the BMW’s and Mercedes’ more practical, four door, luxury X5 and ML 320 all-wheel drive high riders were already on the market and selling in big numbers, it ought to have occurred to Renault’s product planners that buyers much preferred that type of package and the Avantime would fill a small niche, at best. 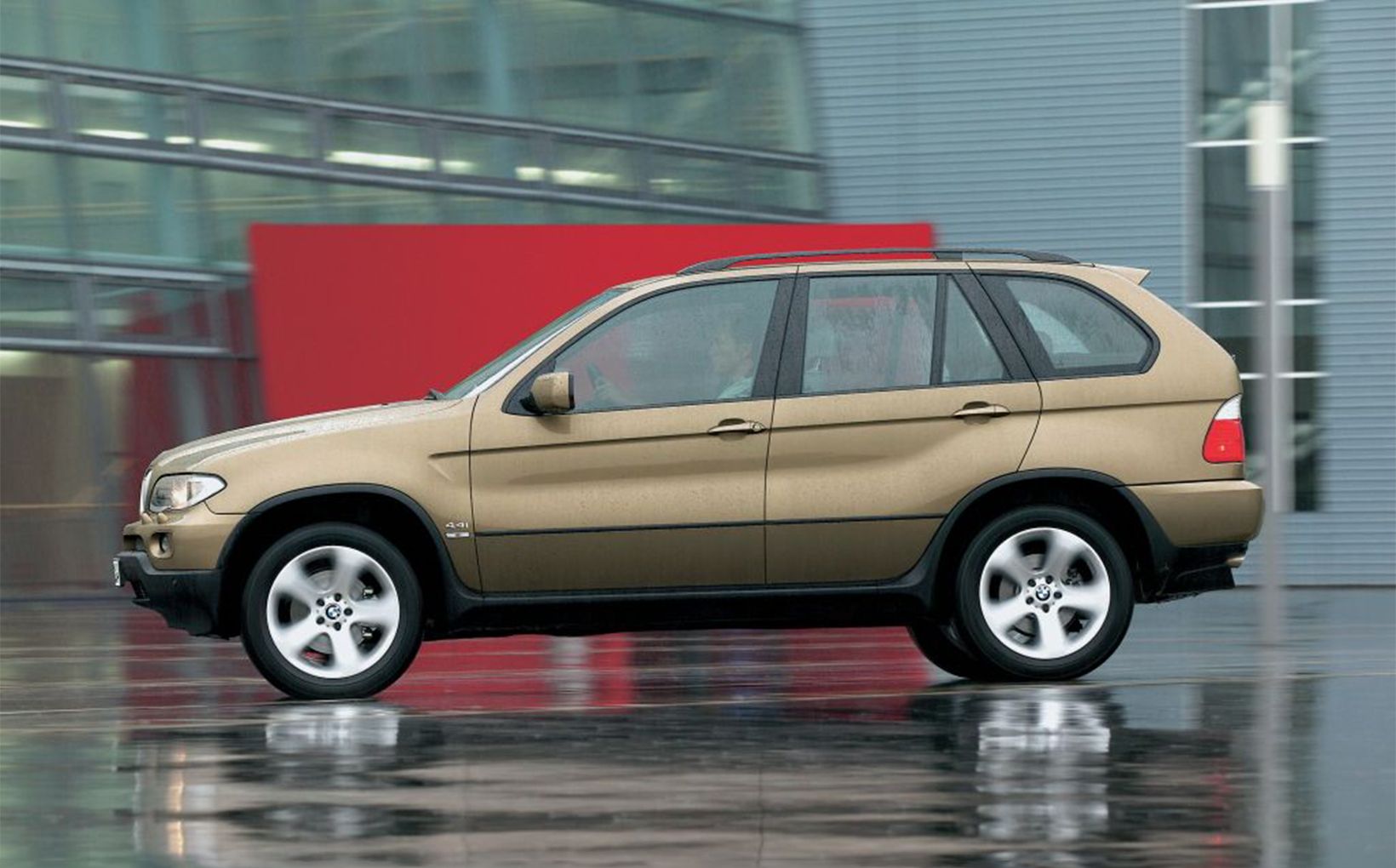 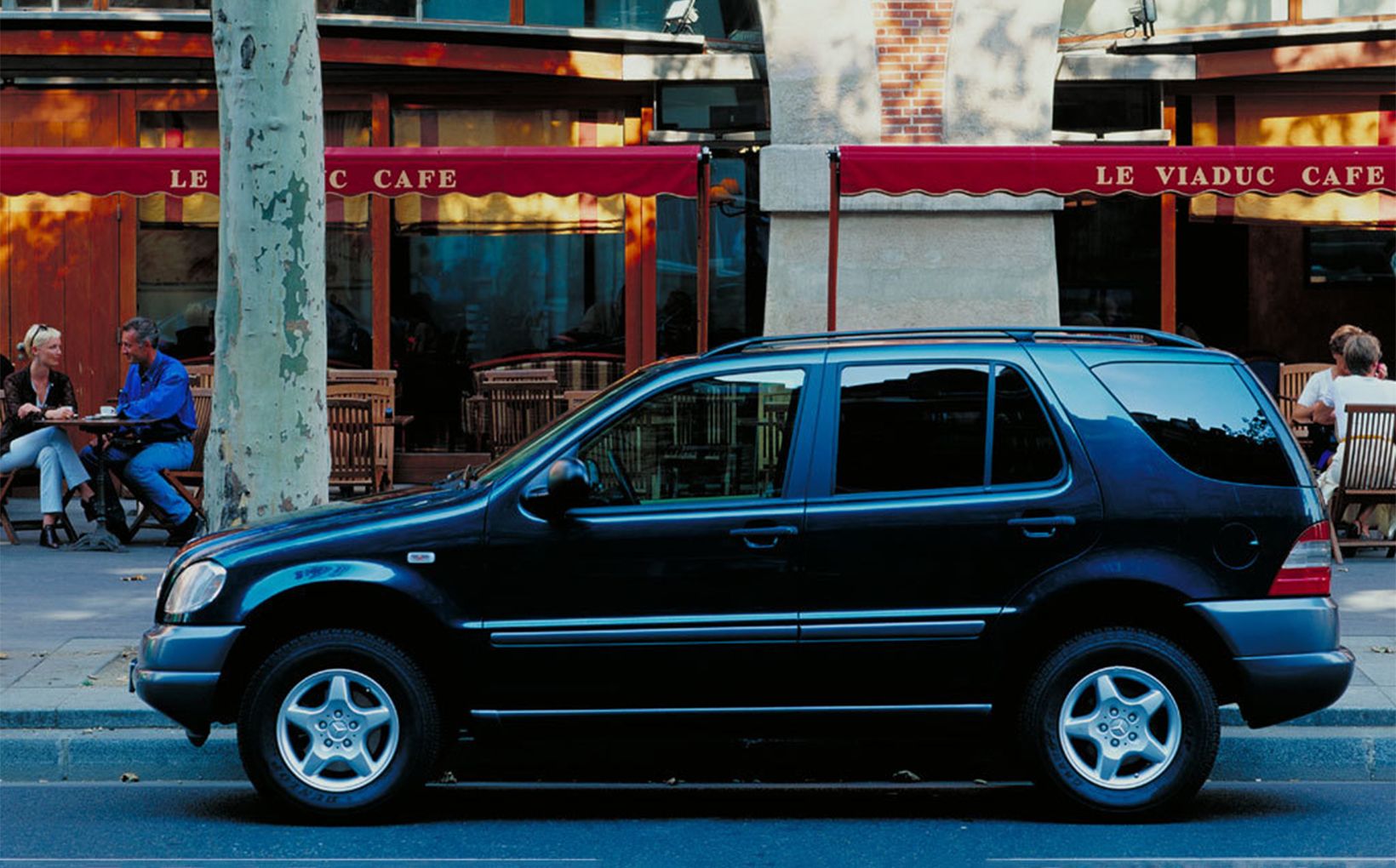 Renault first displayed the idea as the “Coupéspace” concept at auto shows in 1999. The concept transitioned into the road car with most of its shape intact, which is a rare thing in the automotive world.

Meantime, Renault decided to shift production of its yet to be released Espace IV in-house, which left Matra without its main source of income. To compensate for this loss, Renault gave Matra the contract to build the Avantime on the series III Espace platform. 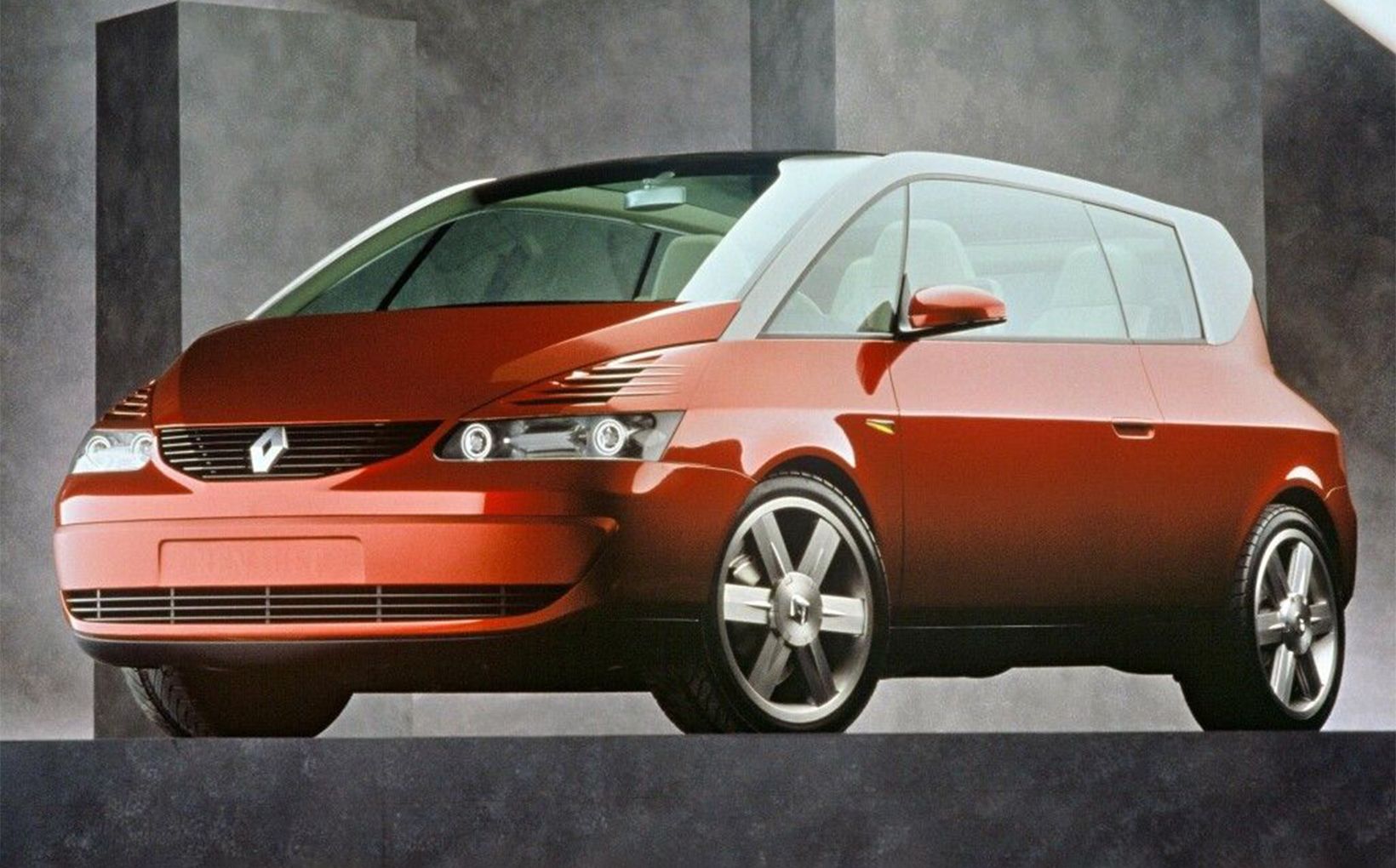 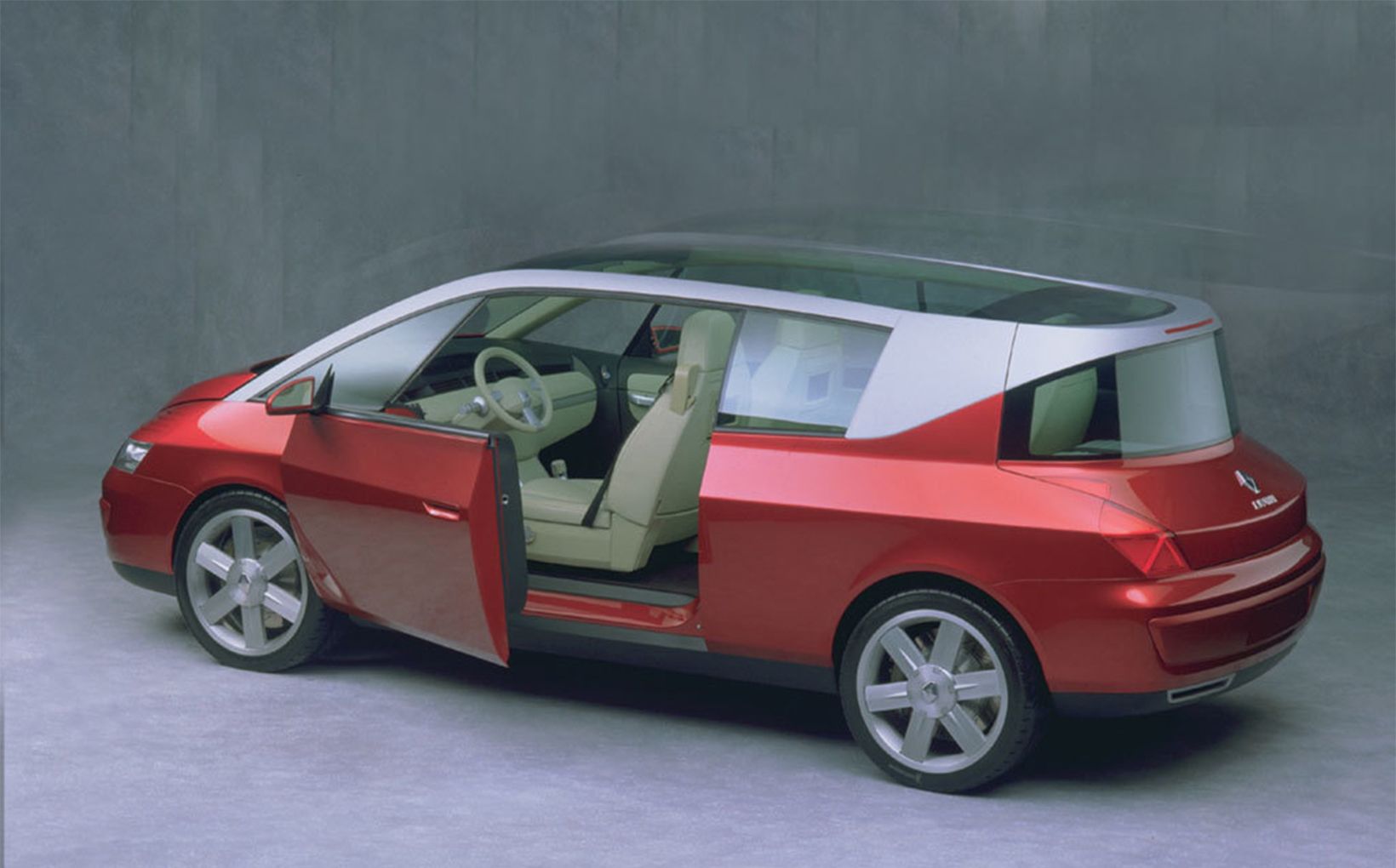 The Coupéspace concept was first shown in 1999 at the Louvre in Paris and then at the Geneva Auto Show to favourable reviews. ©Renault Group 2021.

In his book Patrick Le Quement wrote that the styling of the Coupéspace and Avantime “took inspiration from the Vel Satis concept car.” He said that “the Vel Satis was in essence a one box coupe, low to the ground and very luxurious, with a rear end design that introduced the vertical, semicircular rear window that was later picked up on the Megane II and Scenic II was well as the Avantime and Espace IV.” 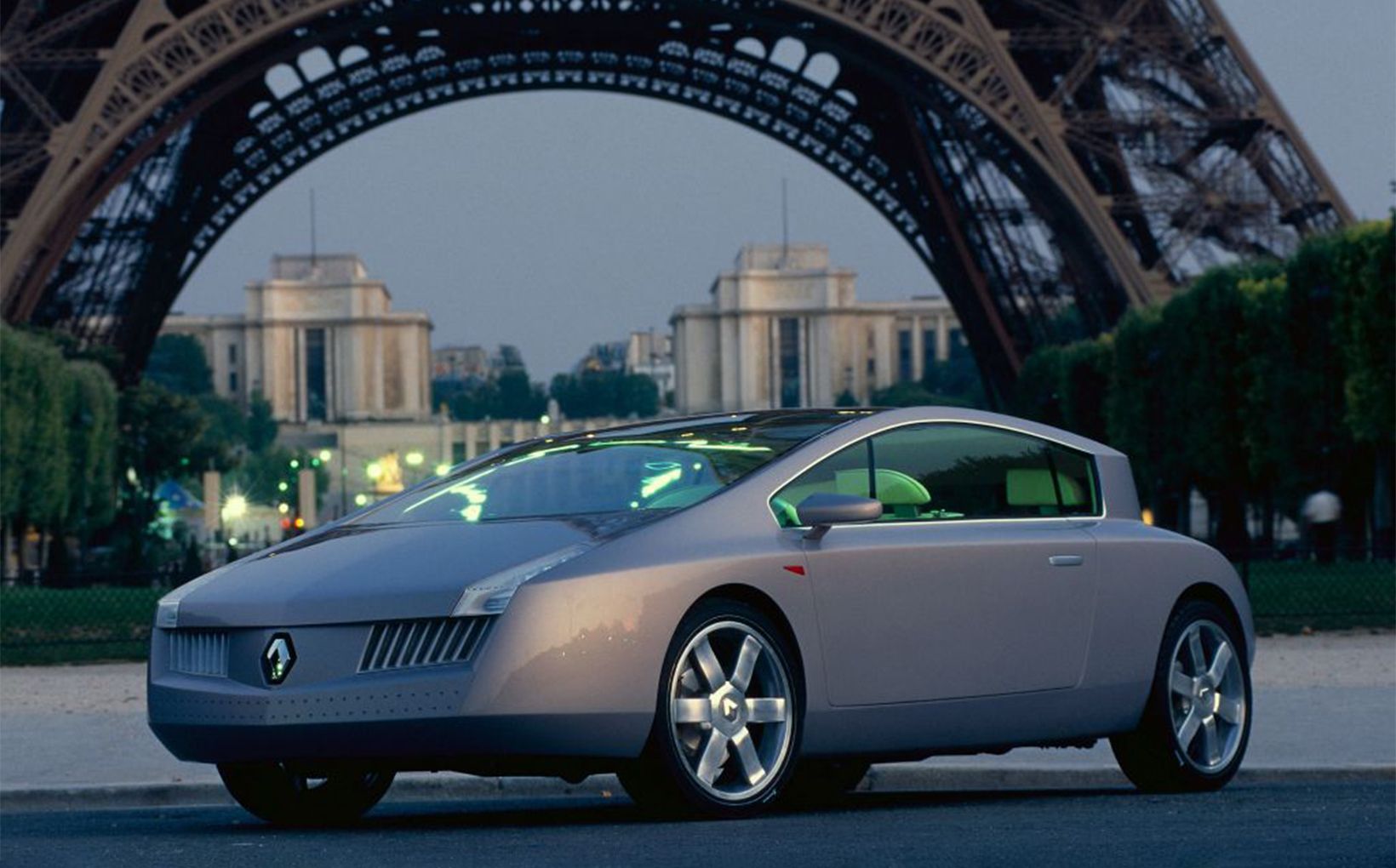 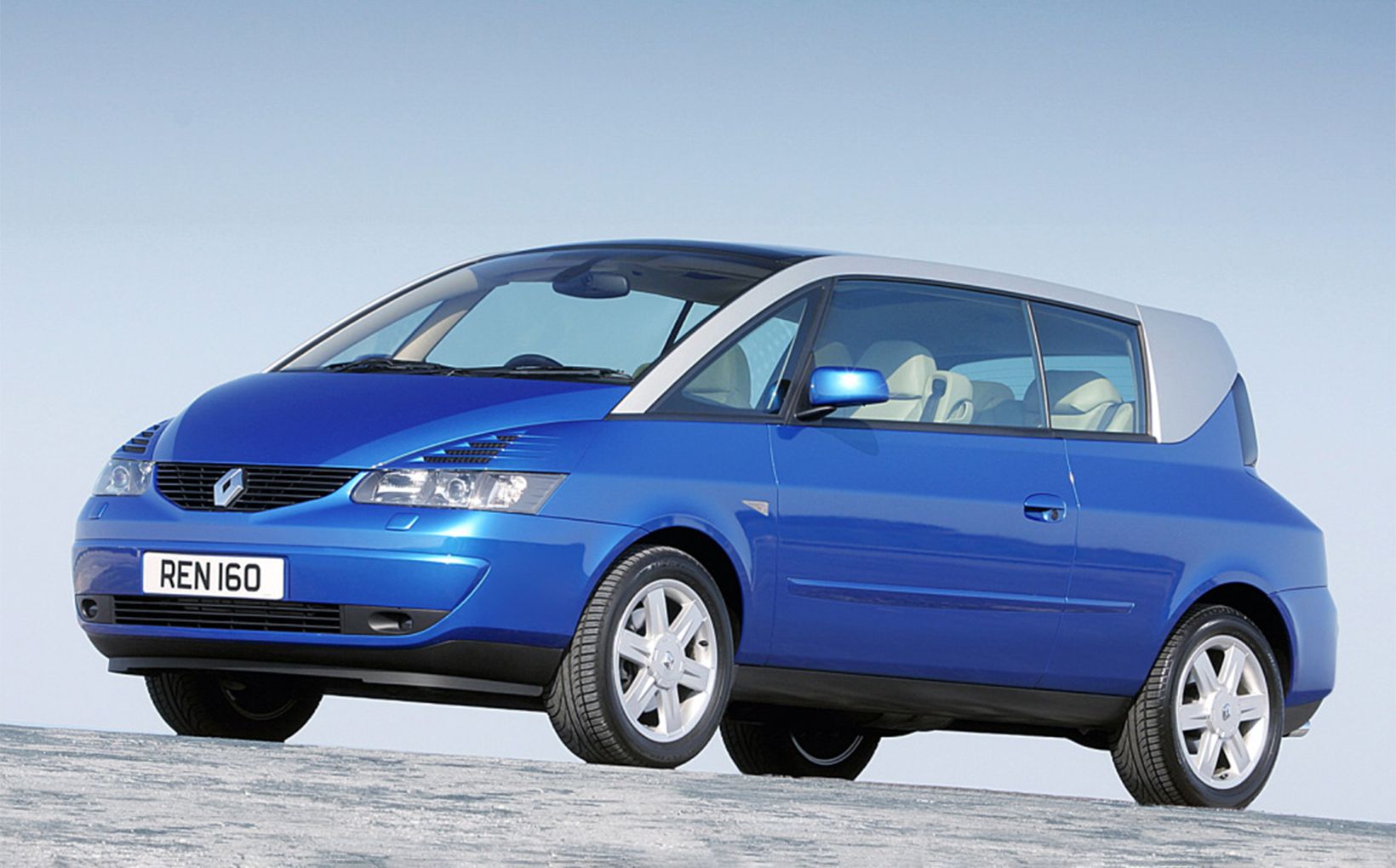 Design to driveway on display. Compare the Vel Statis concept with the Avantime. ©Renault Group 2021. 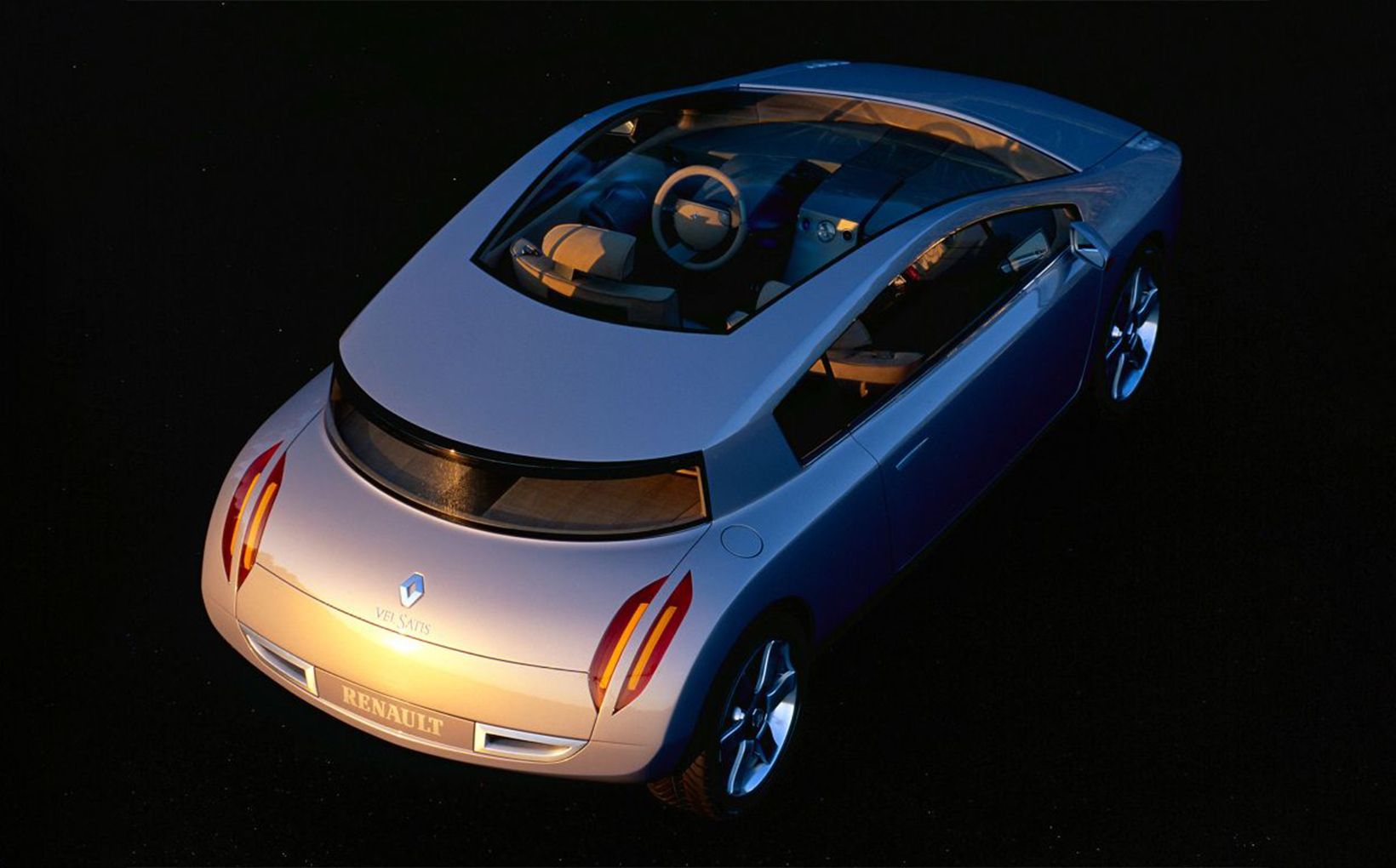 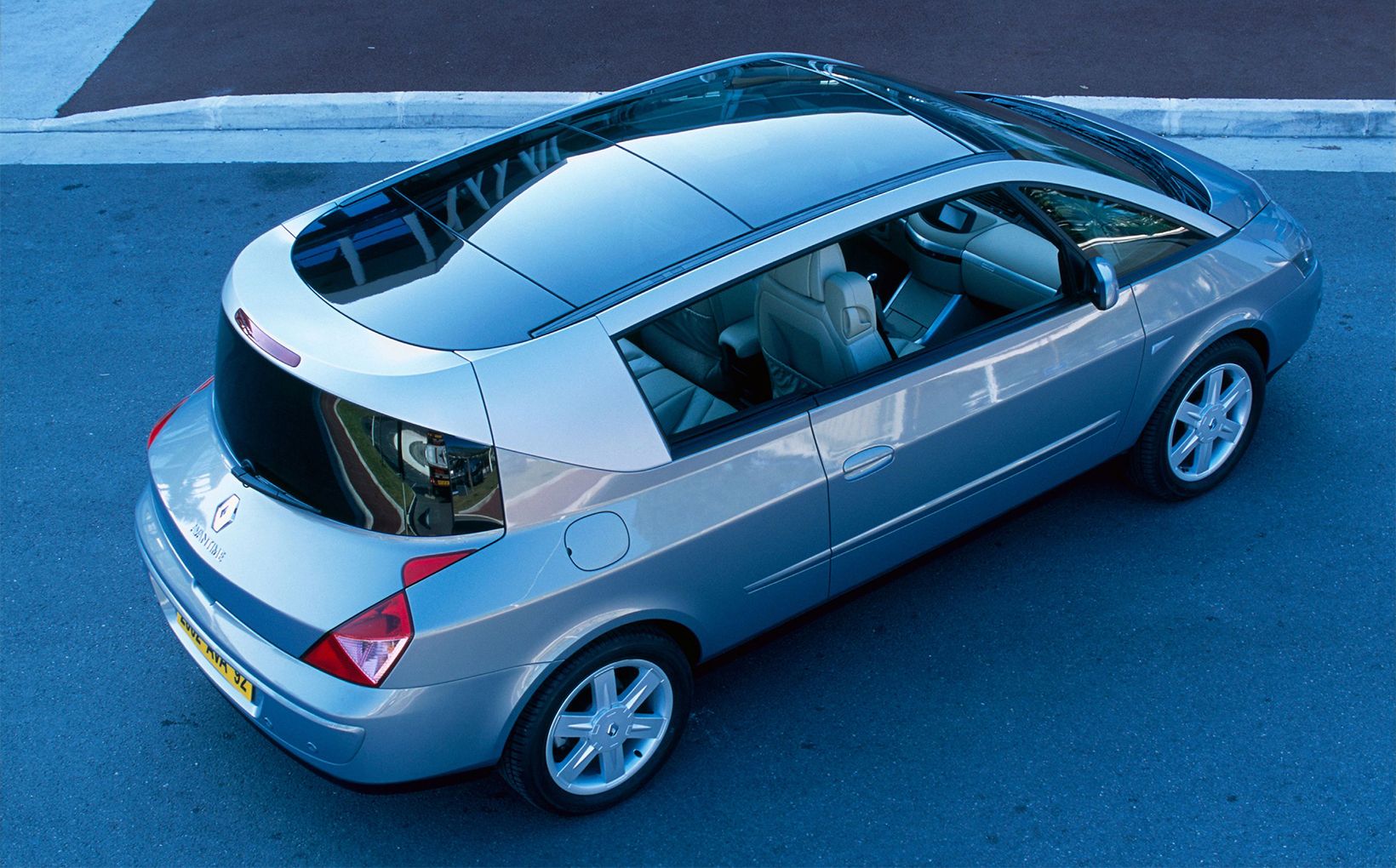 Given the dismal sales history of the Avantime, perhaps Renault ought to have developed the Vel Statis concept into a low slung two door sports coupe rather than a bulky two door SUV. ©Renault Group 2021.

Thierry Metroz, who is also credited with the car’s shape, said that the design team wanted those walking around the car to be continually astonished.

Well, they certainly achieved that KPI.

The shape, especially the semi-circular rear window and “bustle”, was controversial.

Some in the motoring media hailed the Avantime as a design revelation. Car and Driver magazine was less kind. They labelled it a freak show, inviting a comparison with the Pontiac Aztek.

It soon became apparent that the car had many drawbacks. 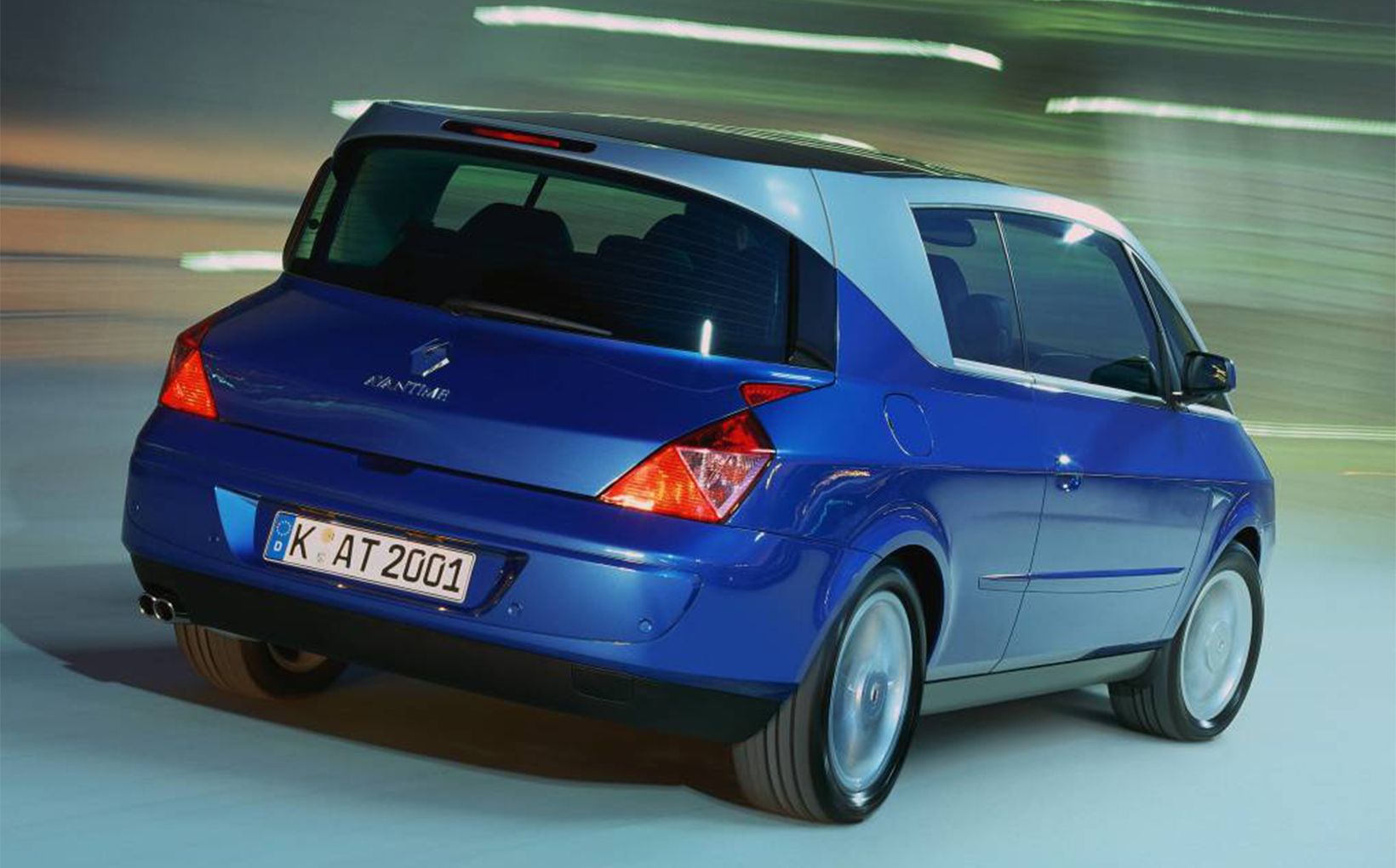 Not one of the Avantime’s best angles. ©Renault Group 2021.

Despite its height and minivan origins, the Avantime was only a four-seater. And it was not really a minivan. It was a front wheel drive, two door SUV without an AWD option.

The long doors featured a double hinge mechanism which supposedly allowed easy access in cramped parking spaces. Trouble was, the two-door layout made it difficult to get into and out of the rear seats. The doors weighed 56kg and urban legend has it that if you parked on a steep hill, they were almost too heavy to open.

The rear passengers sat on seats which were elevated above the front seat occupants. After they’d negotiated their way into their allotted “thrones”, via the long heavy doors, passengers found the rear leg room was not overly generous. 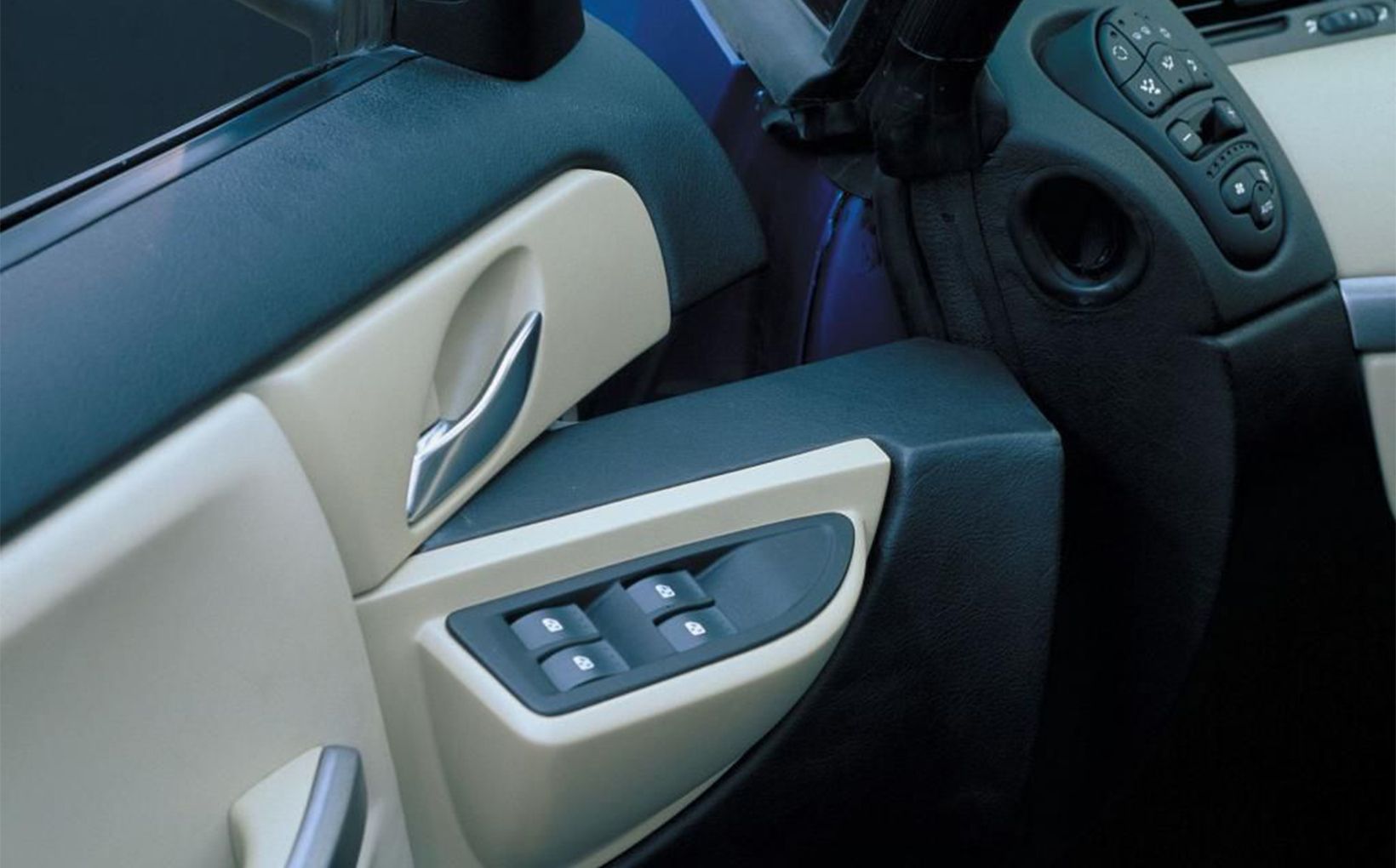 The double hinged doors sounded great in theory, but it took considerable time and money to make them operational. And even then, there were problems. ©Renault Group 2021.

A single button allowed the driver to lower all windows and retract the sunroof to create a convertible-like open-air feeling. This feature was offset by one of the inevitable problems of pillarless construction—sealing the frameless windows against the entry of wind and water. Wrote Le Quement “It was a quasi-impossible mission to perfect those doors, and all the other complex associated issues, so as to provide the smooth functionality and perceived quality that are de rigueur for top-of-the-line products.”

The interior was sensationally futuristic and still looks up to date in 2021, but the fit and finish on early models was not particularly inspiring. A reputation of poor quality seeped into the media narrative. 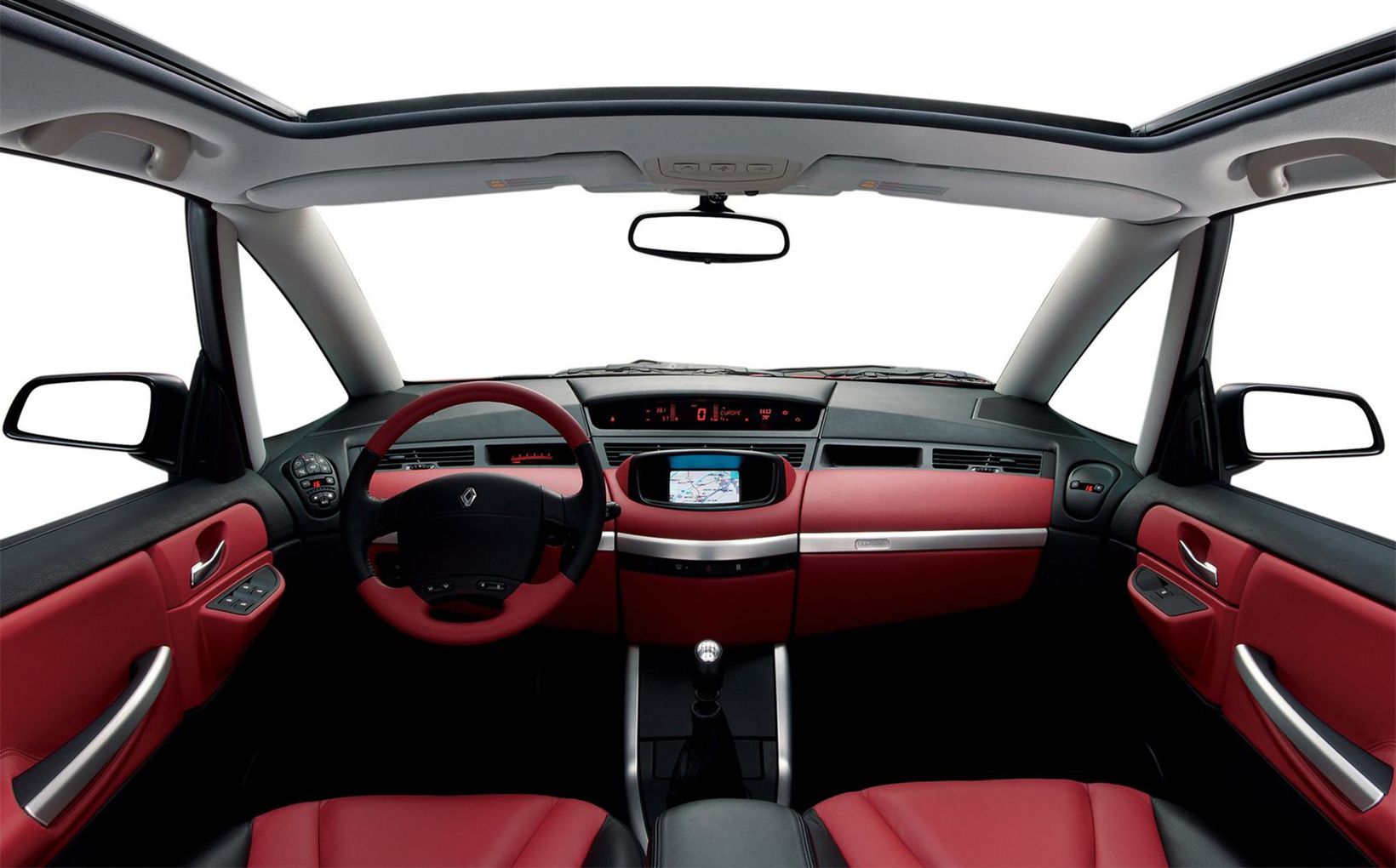 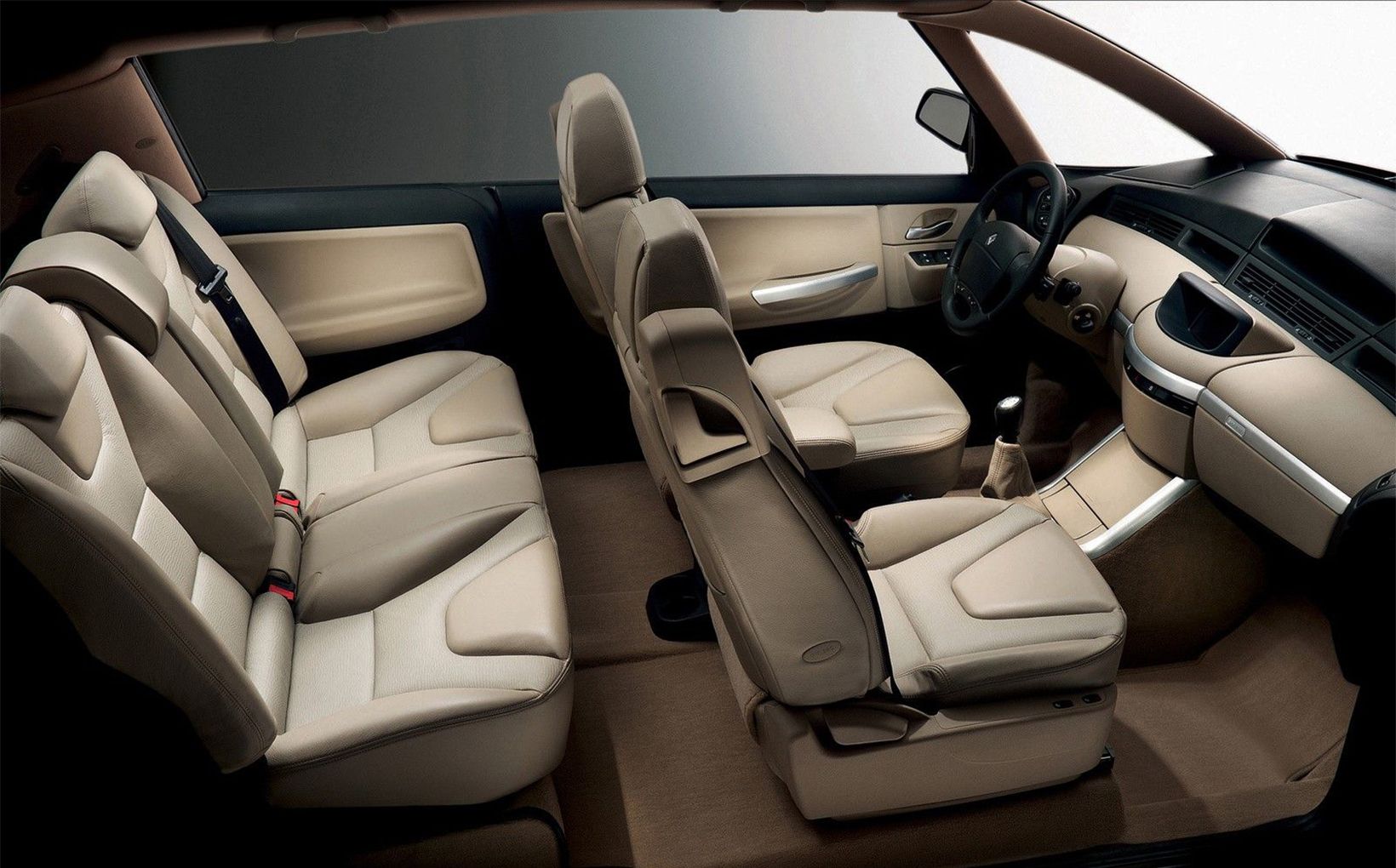 The interior is still modern, despite being designed 20 years ago. The camera angle and front seat settings cheat the eye on the amount of rear legroom. ©Renault Group 2021.

The initial engine offering was restricted to a 200bhp three litre V6 bolted to a manual transmission or five speed automatic. They were later joined by 2.2 litre turbo diesel and two litre petrol motors.

Delays in developing the car pushed its release back by 12 months. It hit the market around the same time as Renault’s new flagship, a more powerful, high riding four door luxury hatchback limo called, perplexingly, the Vel Satis. Unfortunately for Renault, the styling of the Vel Statis was ridiculed, as was the handling.

Renault said the Vel Statis was aimed at “non-conformist” buyers who desired something other than a traditional sedan. Does all that sound familiar? Yep, the Avantime and Vel Statis were essentially targeting a similar customer segment, assuming such a market existed in the first place.

Sales of the Avantime were pitifully low and the Vel Satis achieved hardly any better. Le Quement summed up the situation: “Avantime, out of time, turned the whole of our planned large-car strategy upside down—it was a disaster.” 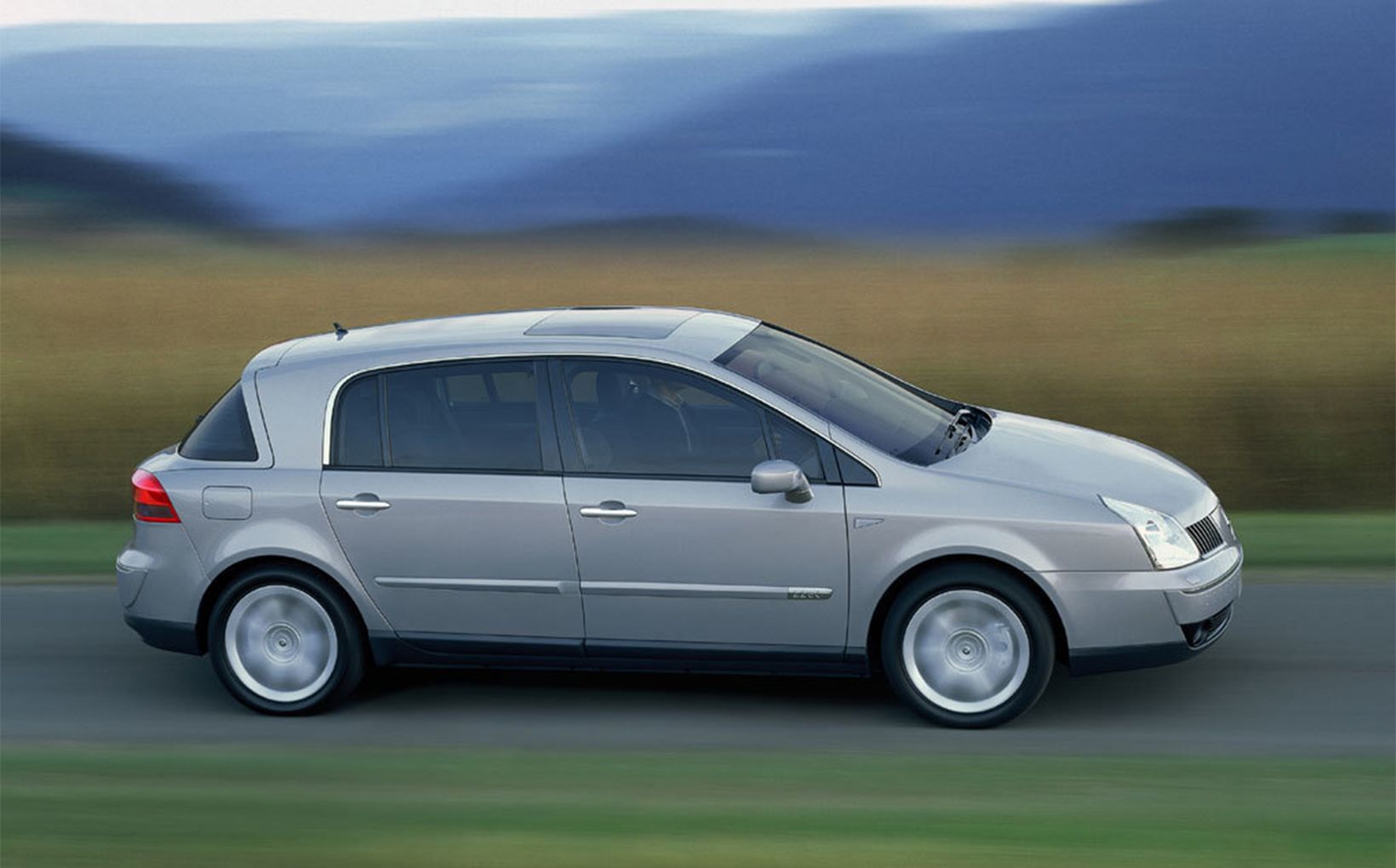 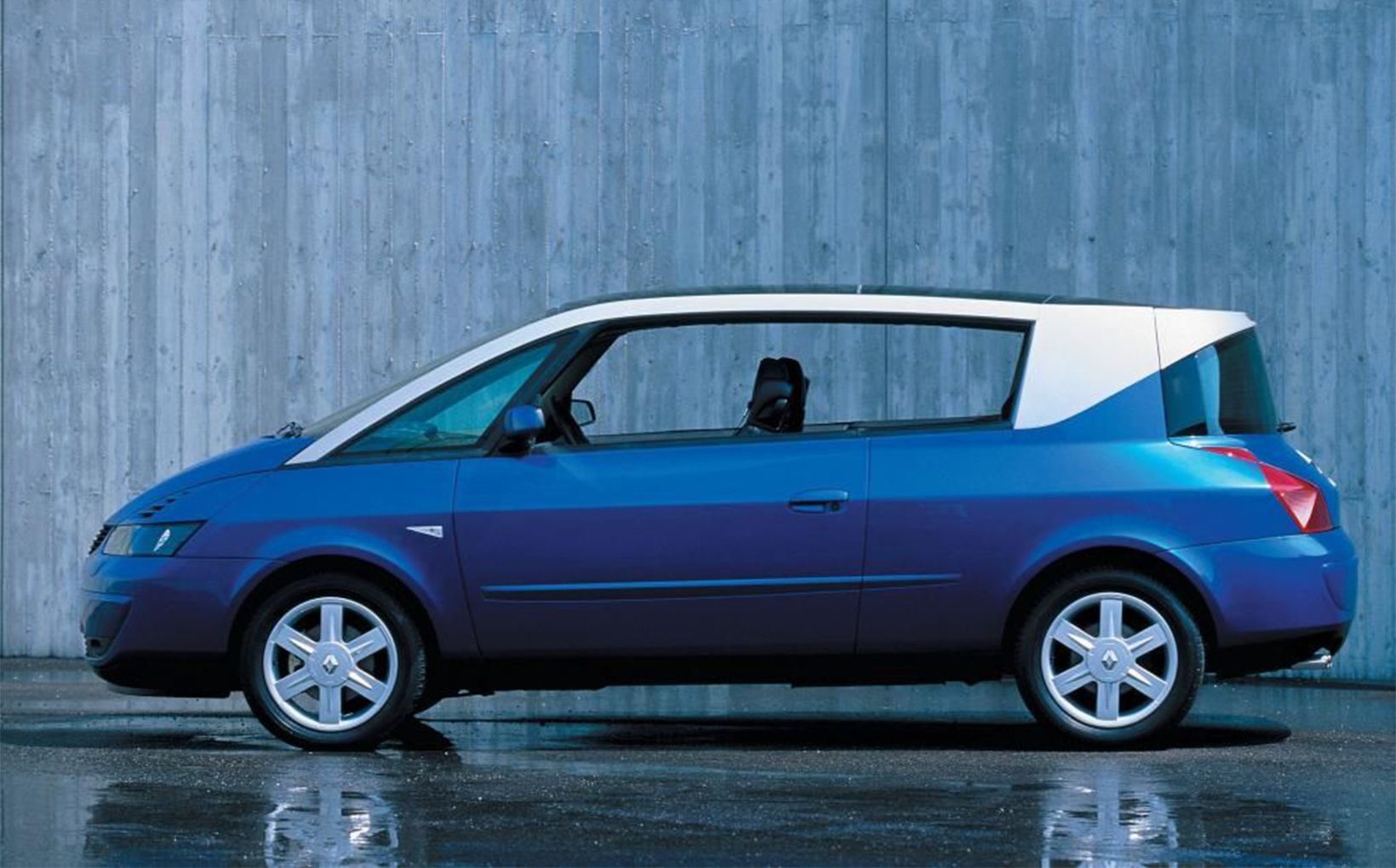 Le Quement’s comment about the Vel Statis and Avantime—“it was a disaster”—is an honest appraisal of the outcome of launching two cars, with controversial styling, at similar market segments at almost the same time. ©Renault Group 2021.

The dismal sales caused financial losses for Matra Automotive. Renault terminated production in 2003. That decision pushed Matra into bankruptcy and many workers lost their jobs. Ironically, the Avantime was rated “sub-zero” on the Top Gear Cool Wall.

Opinions abound about its failure. You could say it was a combination of the polarising shape (aka ugly), two door inconvenience, poor space utilisation, poor product planning, early quality issues, a lack of AWD capability and up-market competition from the BMW X5 and Mercedes ML320 that led to buyers shunning it. 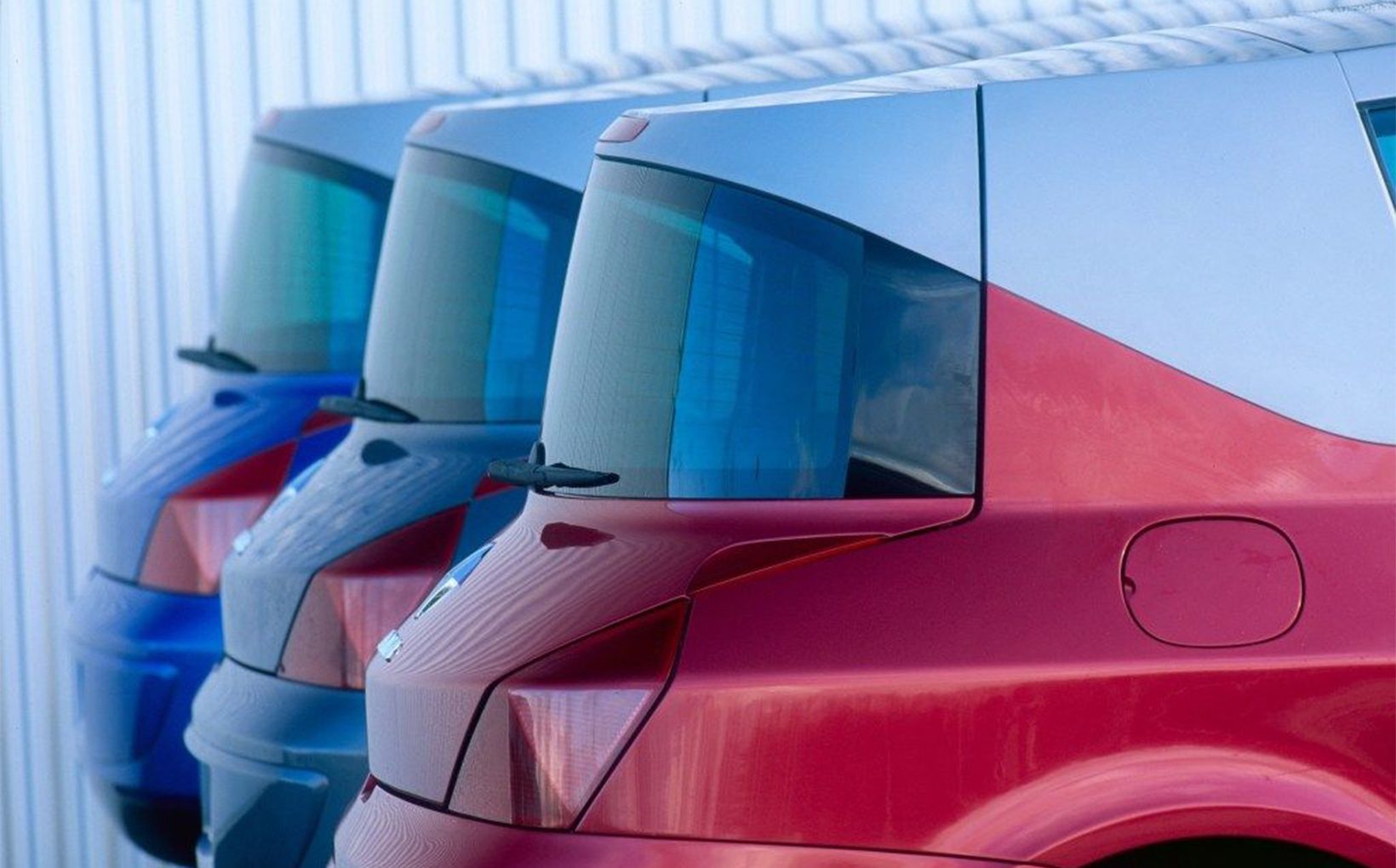 Renault “bustle” design theme was not emulated by other car makers. ©Renault Group 2021.

My take on it all is that no one really knew what to make of this ungainly coupe, so hardly anyone bought it. The Avantime could not answer a potential buyer’s question “what’s in it for me?” If you wanted a svelte shape, then it was not the automobile for you. If you wanted luxury and practicality, other cars provided better alternatives.

Was the Avantime, as its name says, ahead of its time? No. The Jeep Super Wagoneer and Range Rover beat Renault to the luxury SUV market by decades. 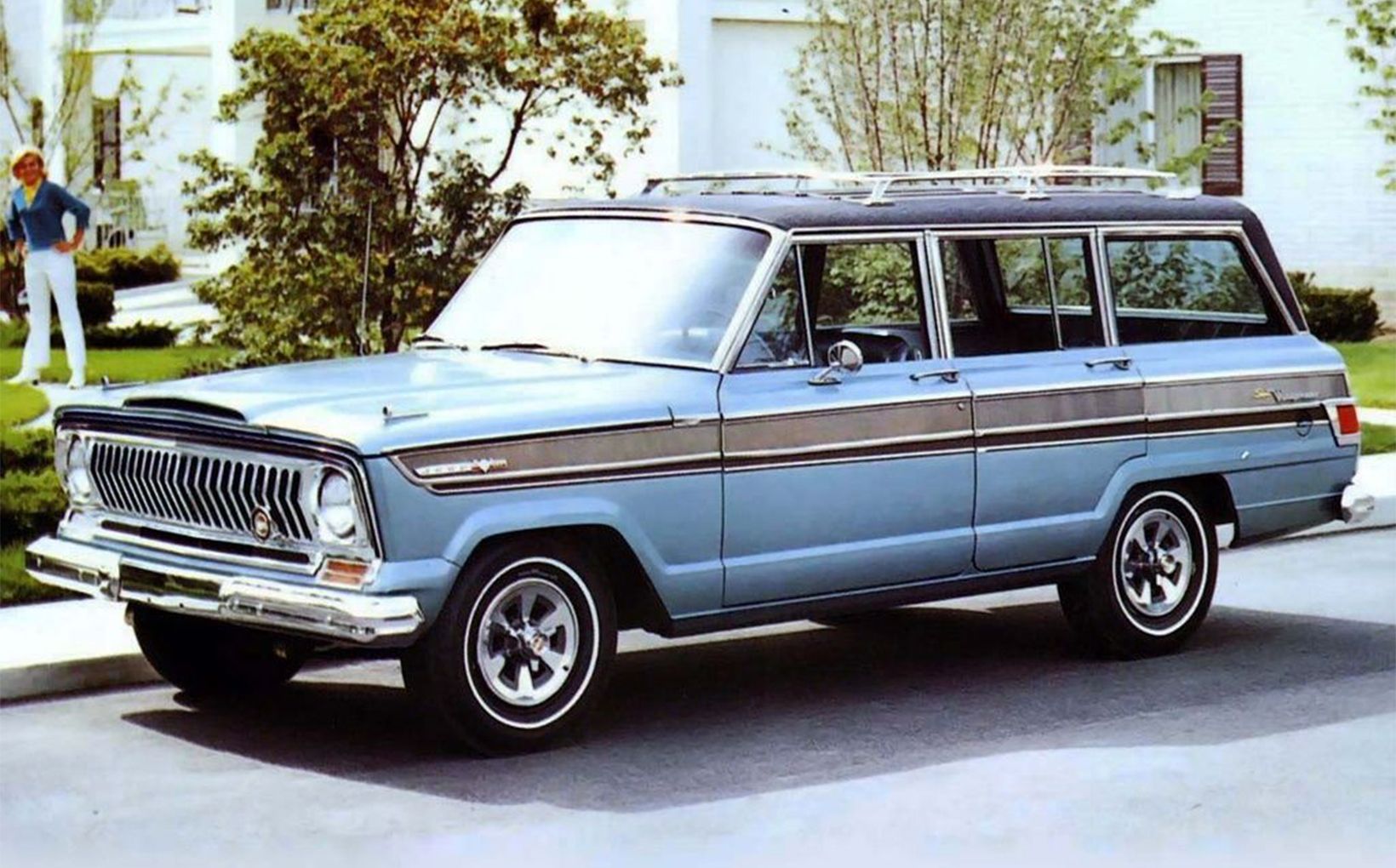 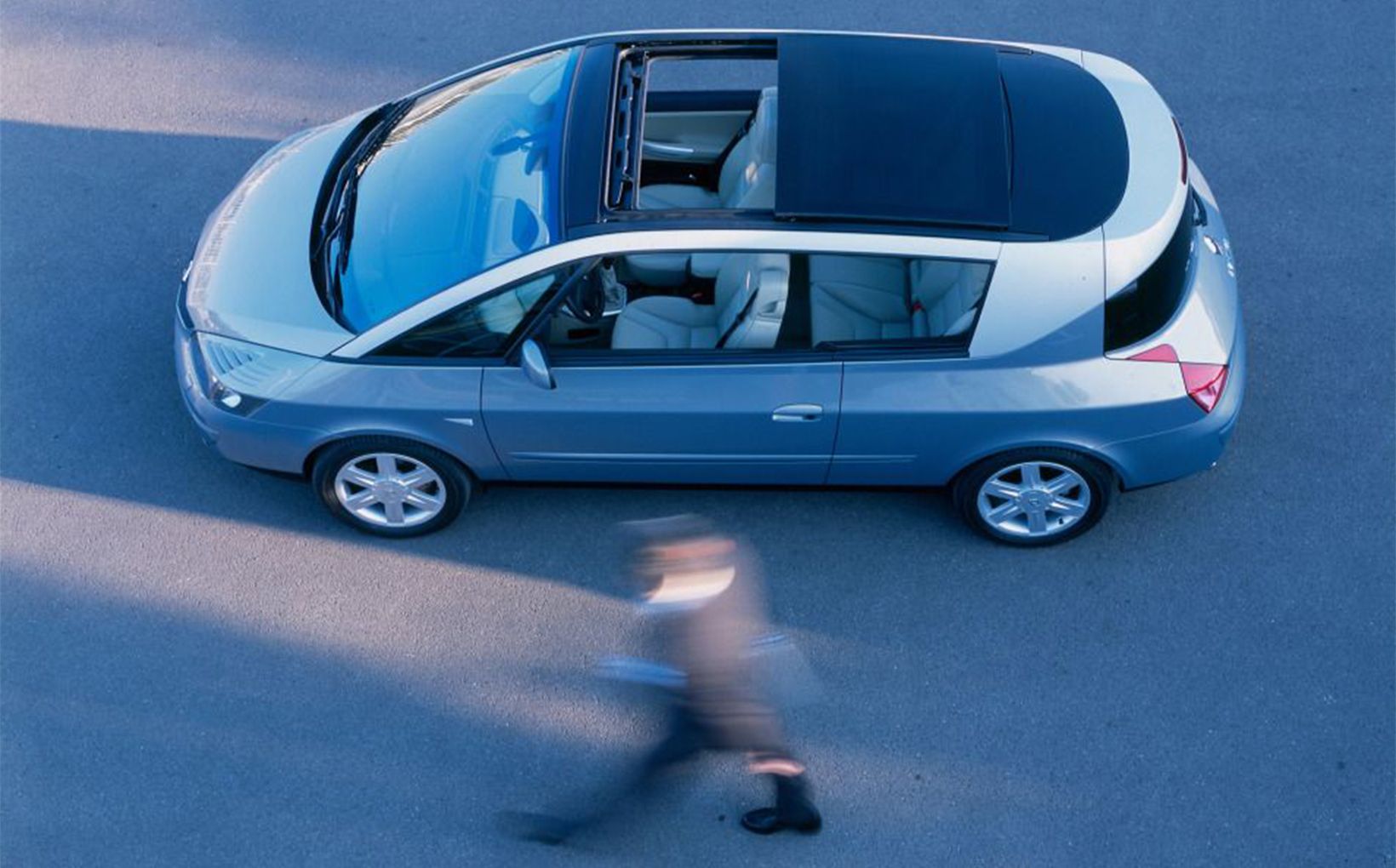 So many potential buyers did what this gent is doing in Renault’s media release photo of the Avantime. They walked on by. ©Renault Group 2021.

When I lived in London in 2004-06, I would walk by one on my way to and from the local railway station. It looked better in the metal than in photos. If I had the money back then, I’d have bought one in a heartbeat. The quirky pillarless styling and absolute rarity of the car holds a compelling appeal for me. It is the stuff of classics.

Retroautos is written and published by David Burrell with passion and with pride.