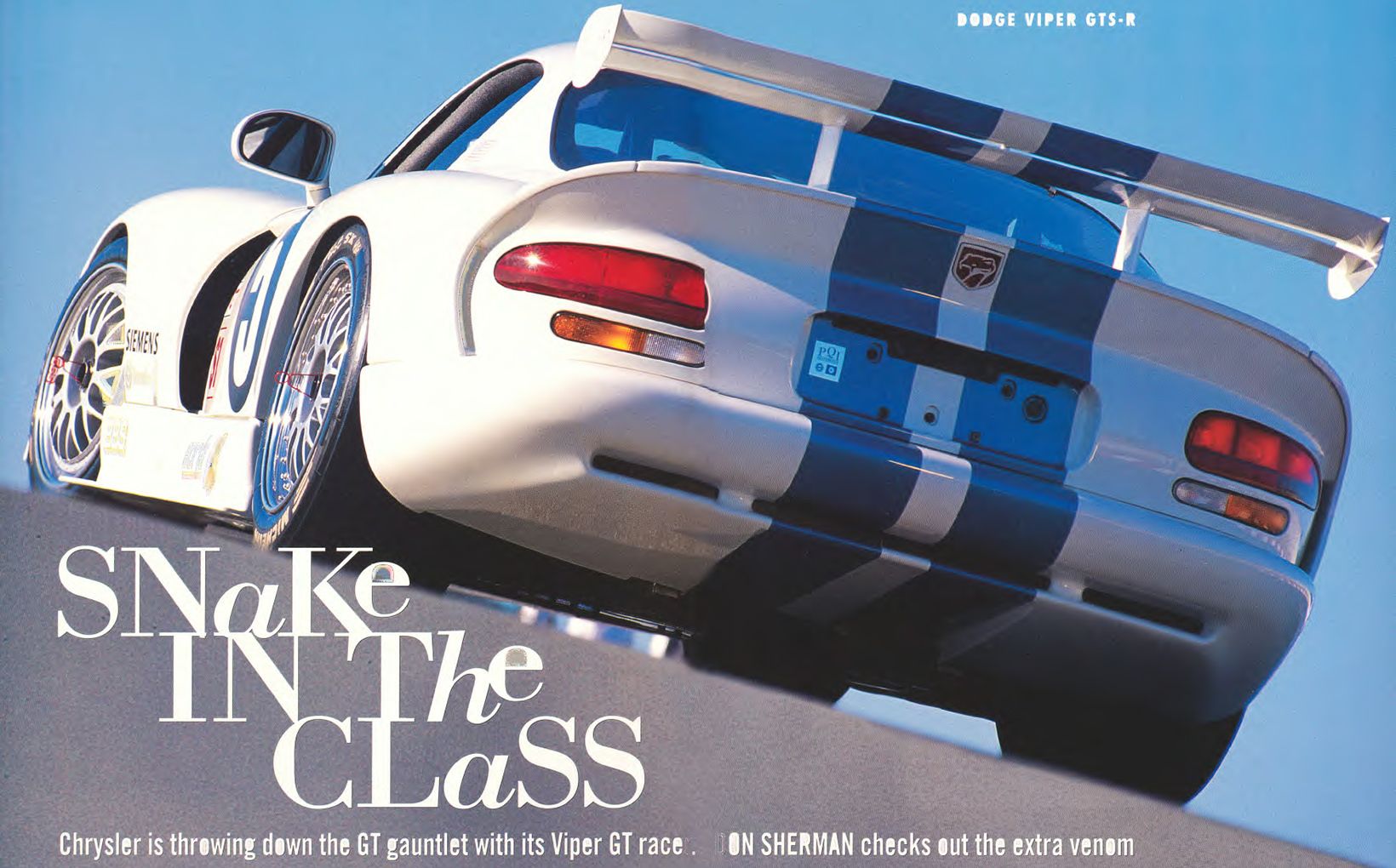 Just over a year ago, an unscheduled meeting of Chrysler Corporation's was called aboard the company's Gulf­stream execujet. As the night air whizzed by at 450 knots, fat cigars, crystal ashtrays and brandy decanters all collided gently. The question: what to do with the Viper.

Something had to be done. A new GTS coupe was heading for production in 1996 and the ownership body - · thousands strong and growing - was becoming restless.

Tuners were having a field day with the world's only V10 sports car and an enterprising privateer had raced a pair of near-stock Vipers at the Le Mans 24 Hours, turning up two top 20 finishes with no factory support. It was time for Chrysler to pull the trigger or slide the big gun quietly back into its holster. 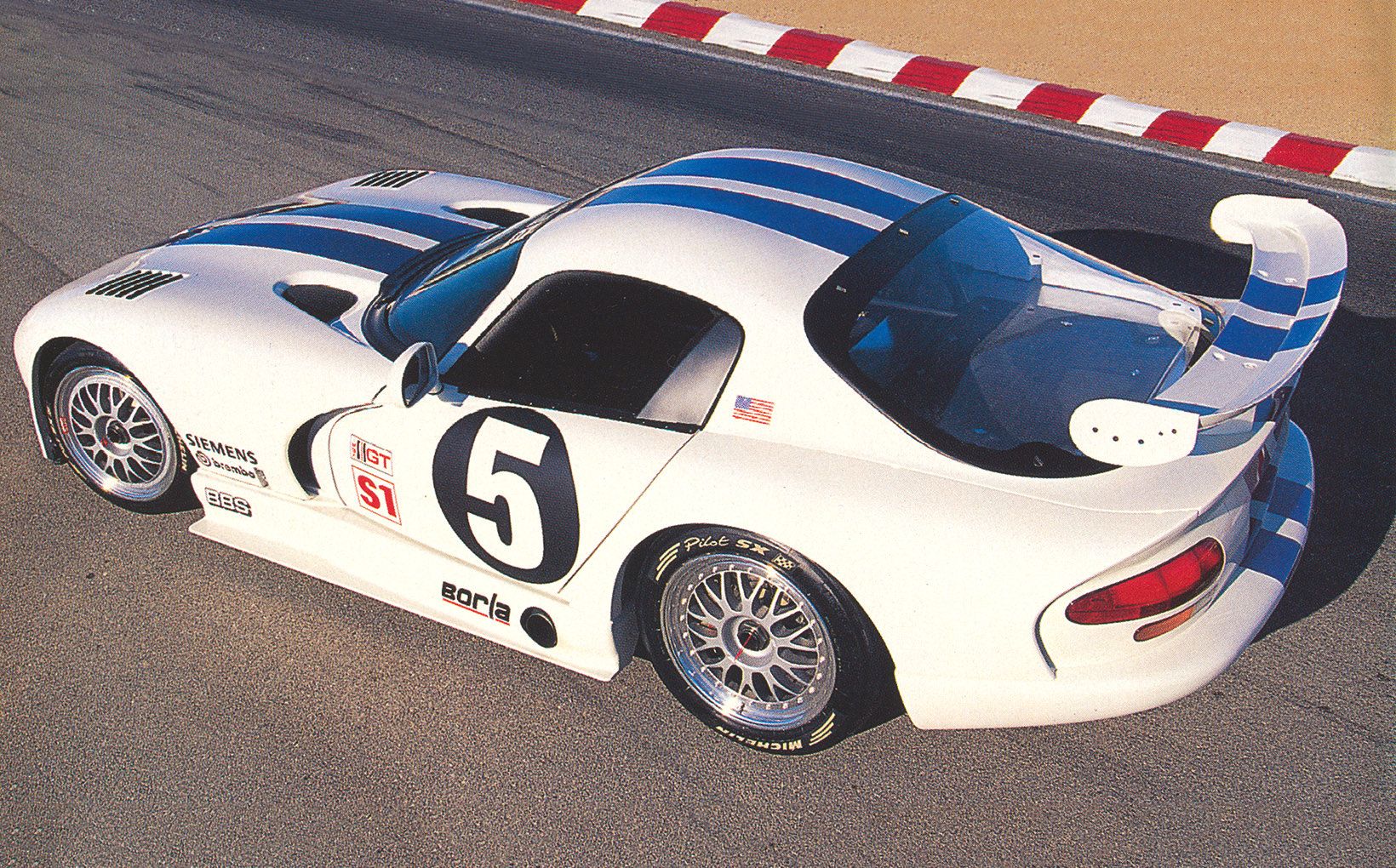 Consensus that the Viper was racing material came quickly. As with all the great American sporting coupes - Cunninghams, Cobra Daytonas, Corvette Sting Rays (and Stingrays) - racing is a primal gene in this car's make-up. Stick a big motor in front and a sleek roof on the cockpit, and 300km/h is a given. A competition pro­gram would help lift the Viper from street­fighting mongrel to pure-bred racer and give it a chance against the GT aristocrats.

The precise how and when of Viper racing were more complex issues. To be worthwhile, the Viper racing gambit had to play on the grand stages - Daytona, Le Mans - not local club events. No blank checks would be issued. Private teams with their own financial backing would instead carry the ball after Chrysler engineers had developed assembly-line hard­ware. A racing venue would be chosen where genuine Dodge Vipers could com­pete, not carbon-fibre lookalikes loaded with Formula One technology.

Months later, Chrysler engi­neering chief Francois Castaing twisted an ignition key to fire the heraldic cannons. Orange flame and brimstone belched from the side pipes of the first factory racing prototype as a rapt audience watched the Frenchman drive onto the reviewing stand. 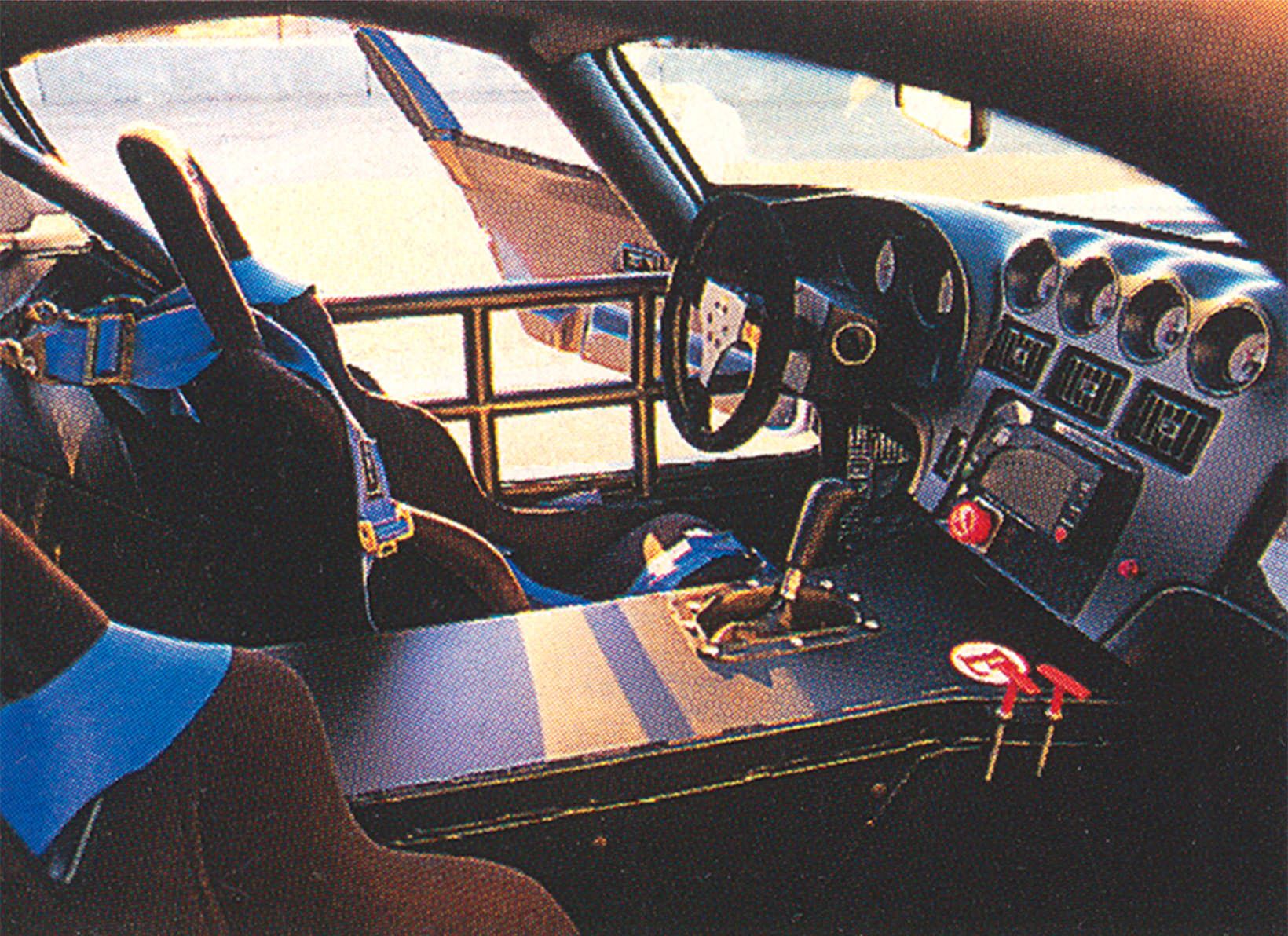 Ten cylinders, firing in syncopa­tion and restrained by neither muf­fler nor flywheel, were like a dia­mond buzz saw ripping through pure titanium. After Castaing's epic entrance, the introductory remark of Chrysler president Bob Lutz sounded somewhat anticlimactic.

Neil Hanneman, Viper engineer and accomplished oval/road racer, will head Chrysler's competition effort. A dozen or so members of the Viper Engineering team are using powerful in-house tools such as CAD networks and the company's aerodynamics laboratory to convert pro­duction GTS coupes into R-model racers.

Outside expertise has been solicited in a few key areas: Reynard Racing Cars in England (responsible for the 1995 Indy 500 winner, among others) is developing and building the Viper's body; Caldwell Development in Vista, California, is help­ing. with engine tuning; Riley & Scott of Indianapolis has fabricated the live-spindle centre-lock wheel hubs, driver-adjustable anti-roll bars and the roll cage.

A small factory will construct up to 30 racers homologated for national and inter­national GT competition. After only five months of engineering and development, Hanneman pledged the factory would be ready to help private efforts attack next February's 24 Hours of Daytona.

The Viper GTS-R assault weapon is a ground-hugging, 1250kg coupe primed with 520 or so kilowatts. Rules require that the core of the original car remains intact, so a stock spaceframe has been laced with a network of chrome-molybdenum alloy-steel triangulating tubes, both to pro­tect the driver in the event of a mishap and to double the Viper's torsional rigidity. Relocating the massive V10 engine 50mm lower and 50mm rearward did likewise to the car's centre of gravity.

To stop this jumbo calibre missile, Brembo Indy racing brakes are fitted. The one-piece eight-pot aluminium front calipers grip 15in carbon discs (cast iron items will be used in venues that do not permit such exotic braking). 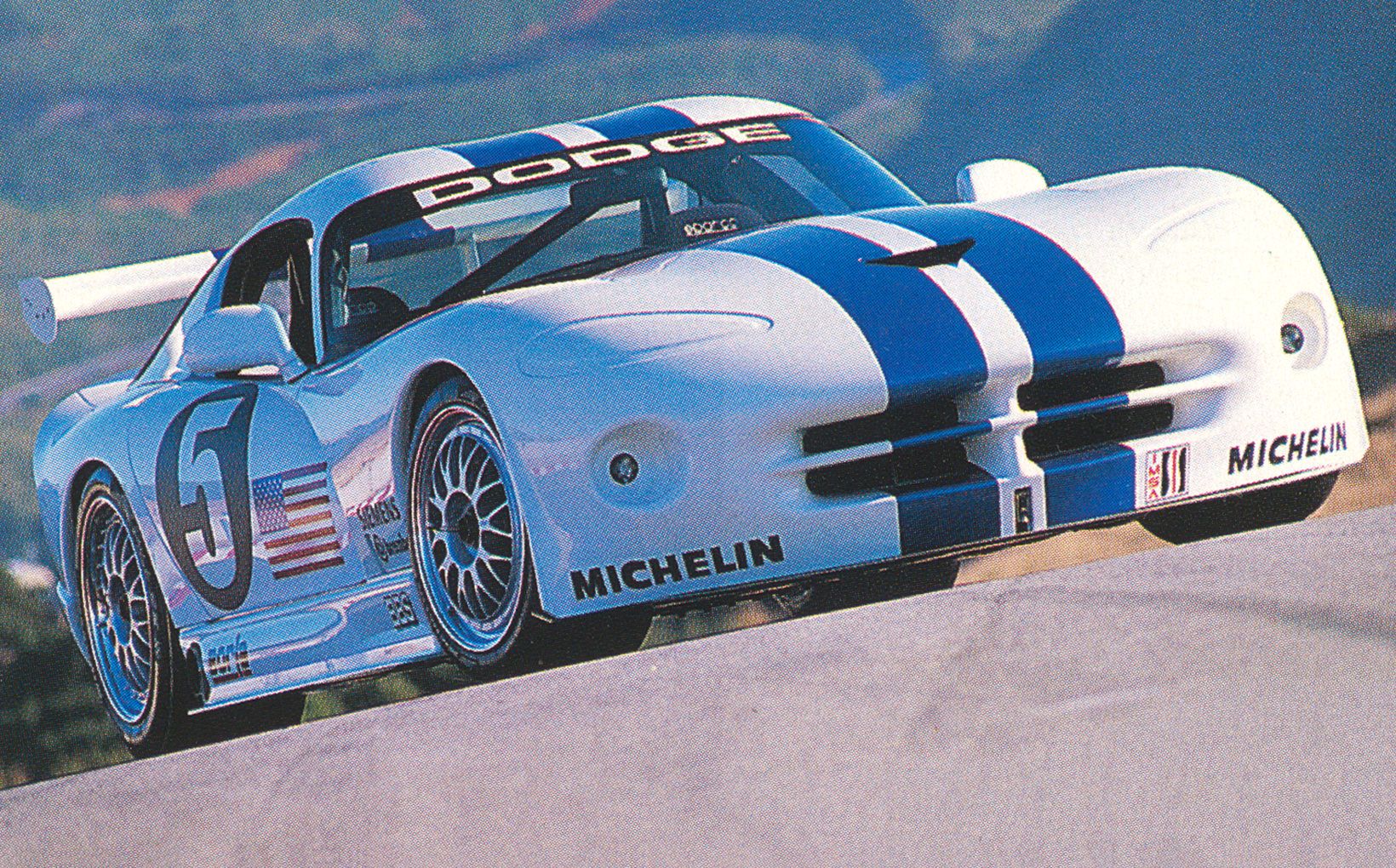 Three states of engine tune are antici­pated: 390kW for club use, 485kW for endurance races and more than 520kW for sprint events. Key modifications include a dry-sump lubrication system (to enhance reliability and reduce engine height), a ten-tubes-in-a-box air intake and comput­er-modelled stainless steel exhaust headers with 40in primaries.

The price of entry has not been reck­oned to the penny by Chrysler's crack accountants, but figure on US$200,000 (A$270,000) for the 390kW base GTS-R and a little extra for a real race motor. But don't worry about such incidentals. Just listen to the glory of ten scorching cylin­ders serenading the Mulsanne Straight.