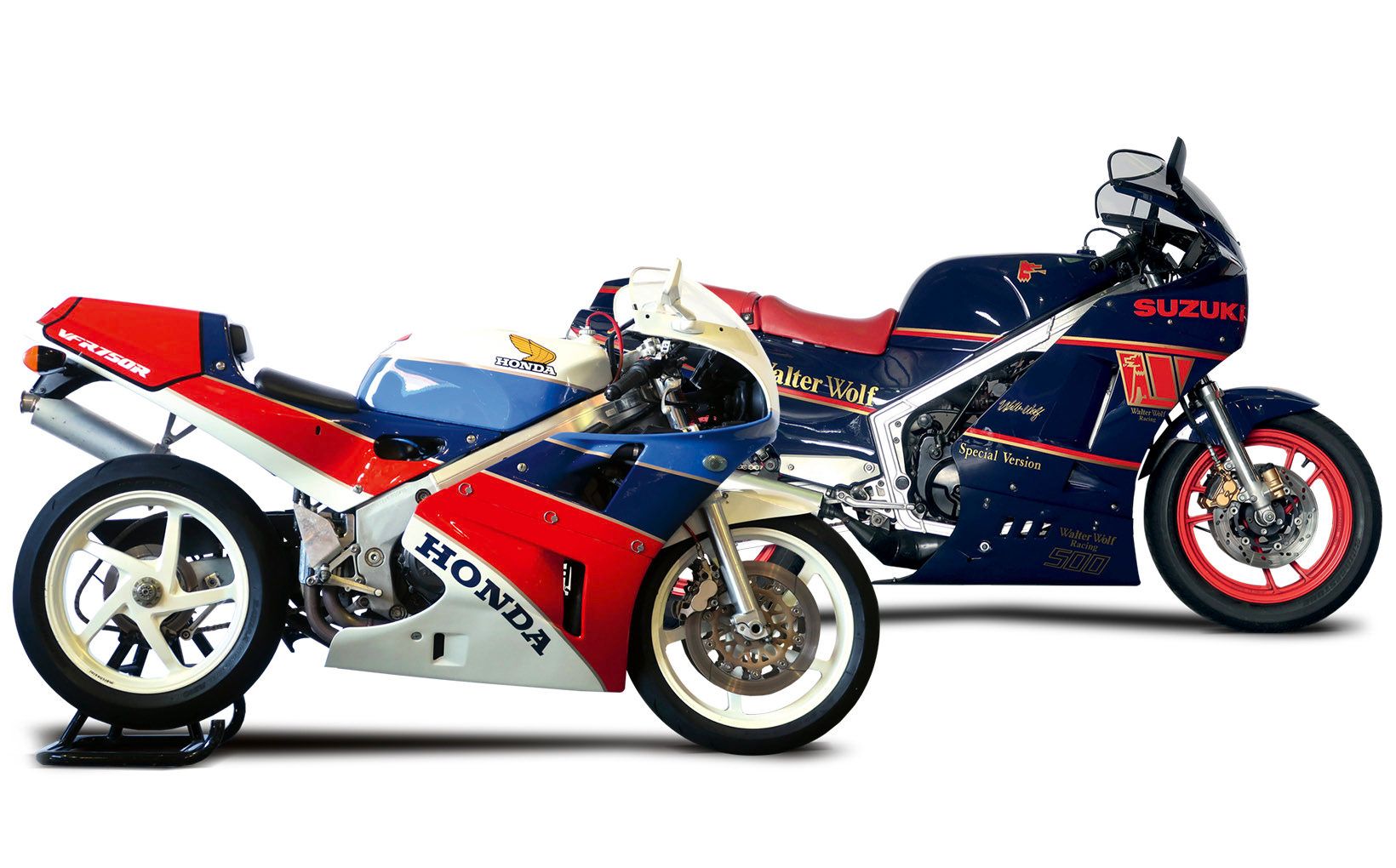 Shannons has a fabulous array of classic race and on and off-road motorcycles, on offer at its November 18 Sydney Spring Auction.

Dating from circa 1943 to 1989, the 11 motorcycles and two early three-wheeler ATVs include rare production models that are expected to attract international interest.

The two ‘heroes’ crossing the ‘block’ both come from the same private collection: a fantastic 1986 Suzuki RG500 ‘Walter Wolf Special Edition’ and a Honda VFR750R RC30 that has had just two private owners and is believed to have covered just 17,100km from new. 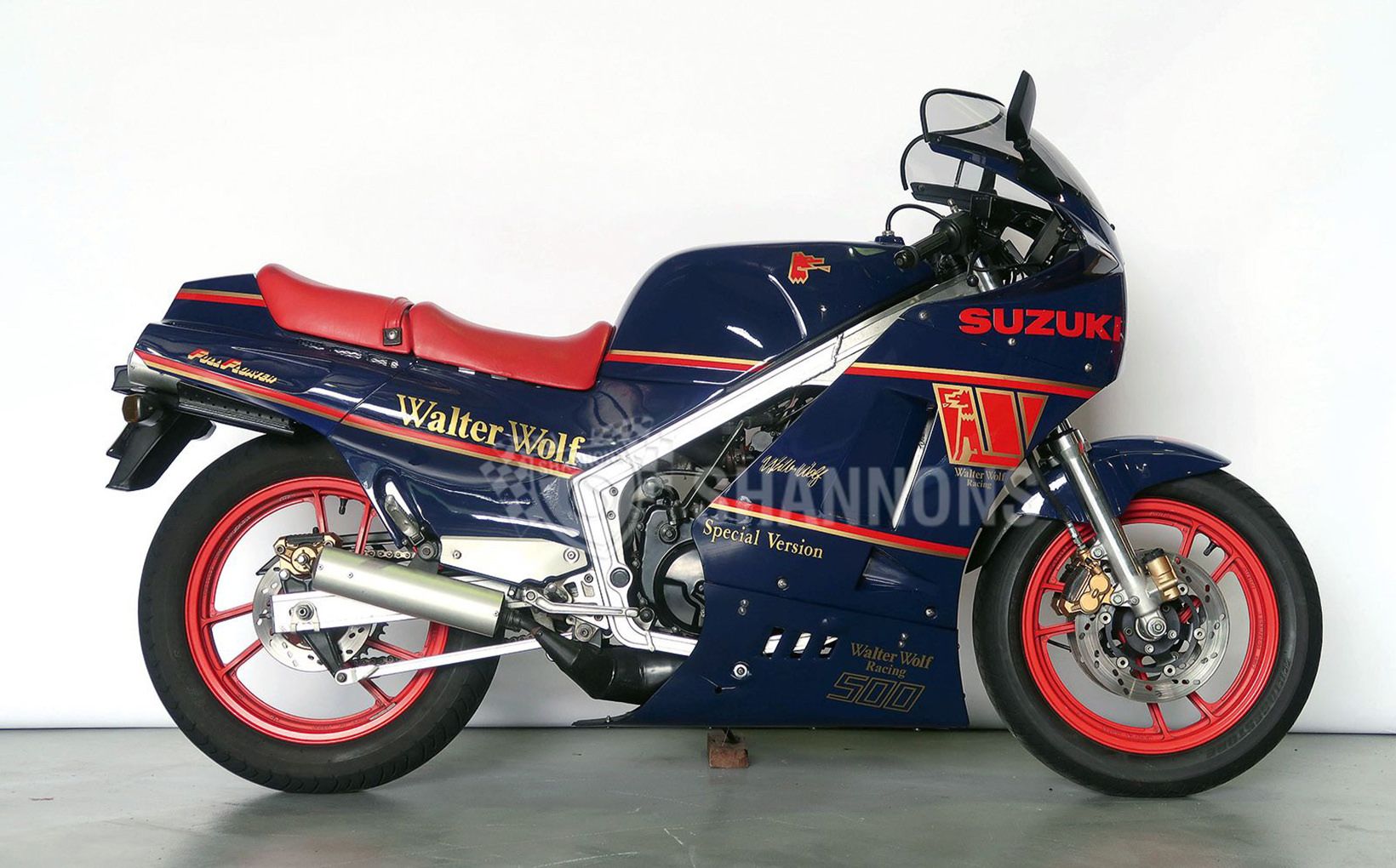 The Suzuki is an original example of the 99 built in the early 1980s to celebrate the RG500’s success in the Canadian National Pro & Amateur 600 Production Championship, when Walter Wolf was the principal sponsor.

Imported in 2012, this fantastic Suzuki RG500 is one of very few to exist in Australia and presents in very original condition, as its current Sydney enthusiast owner has invested almost $9,500 on its mechanical restoration between 2016 and 2018.

Because of its global rarity, Shannons believe the RG500 will be sought-after by discerning International enthusiasts, and are quoting a guiding range of $30,000 - $35,000. 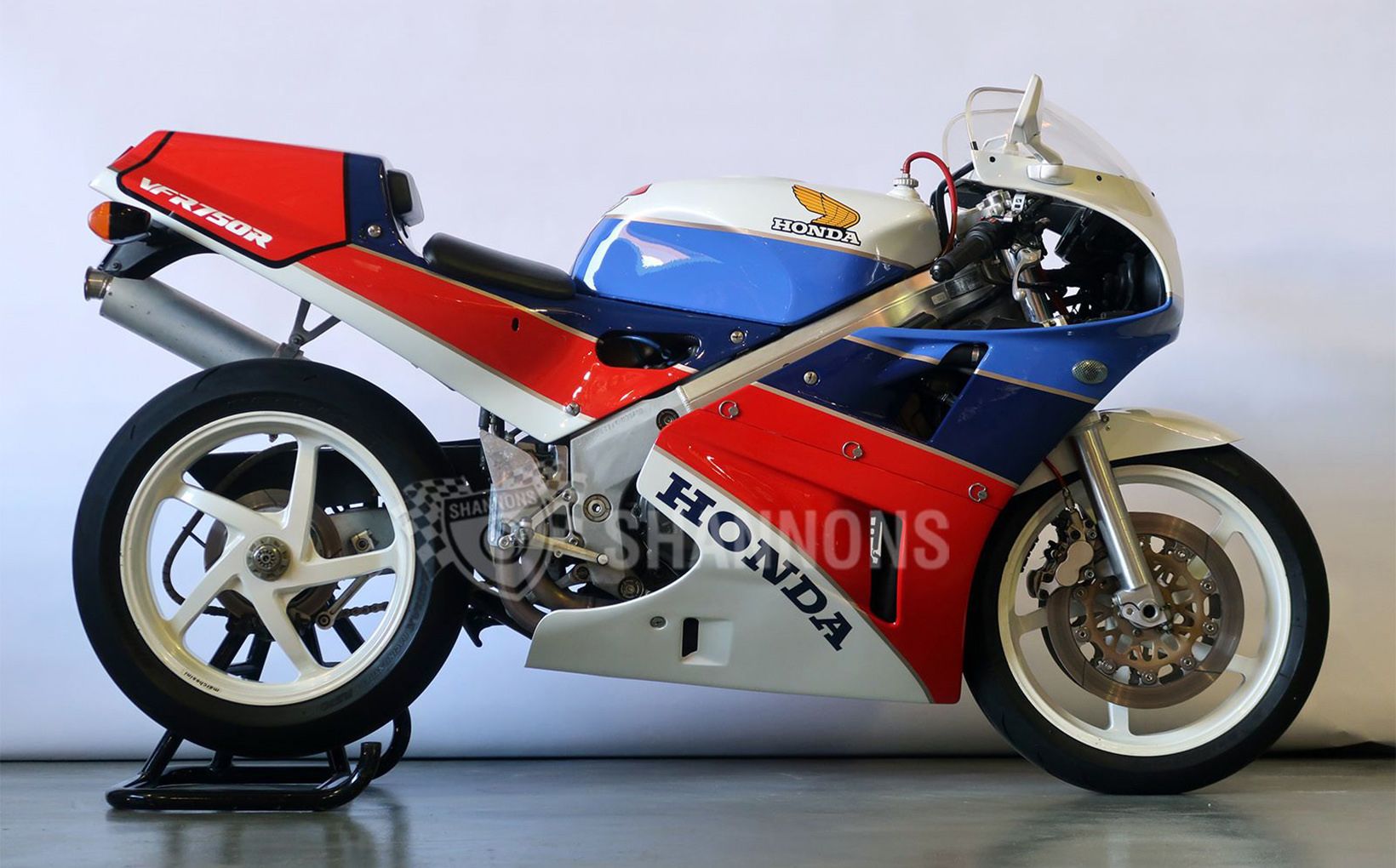 This fabulous 1989 Honda VFR750R RC30 ‘Homologation Special’ that has covered just 17,100km from new is expected to attract international interest at Shannons Sydney Spring Auction on November 18, where it is expected to sell in the $40,000-$45,000 range.

A tantalising alternative for the Japanese bike collector is a 1989 Honda VFR750R RC30 – a model developed as a homologation special for the World Superbike Championship, using cutting edge technology.

The RC30’s roots date back to the Honda’s RVF factory racer of 1985 that Australian Wayne Gardner rode to victory in the Suzuka Eight-Hours races of 1985 and 1986 and later scored further Suzuka victories when paired with fellow Aussie legends Mick Doohan and Daryl Beattie respectively in 1991 and 1992.

The RC30’s current Sydney owner purchased the bike two years ago with 16,350km on its odometer and it is now showing just 17,100km, making this incredibly original Honda RC30 a wonderful collector’s bike at its estimated selling range of $40,000-$45,000. 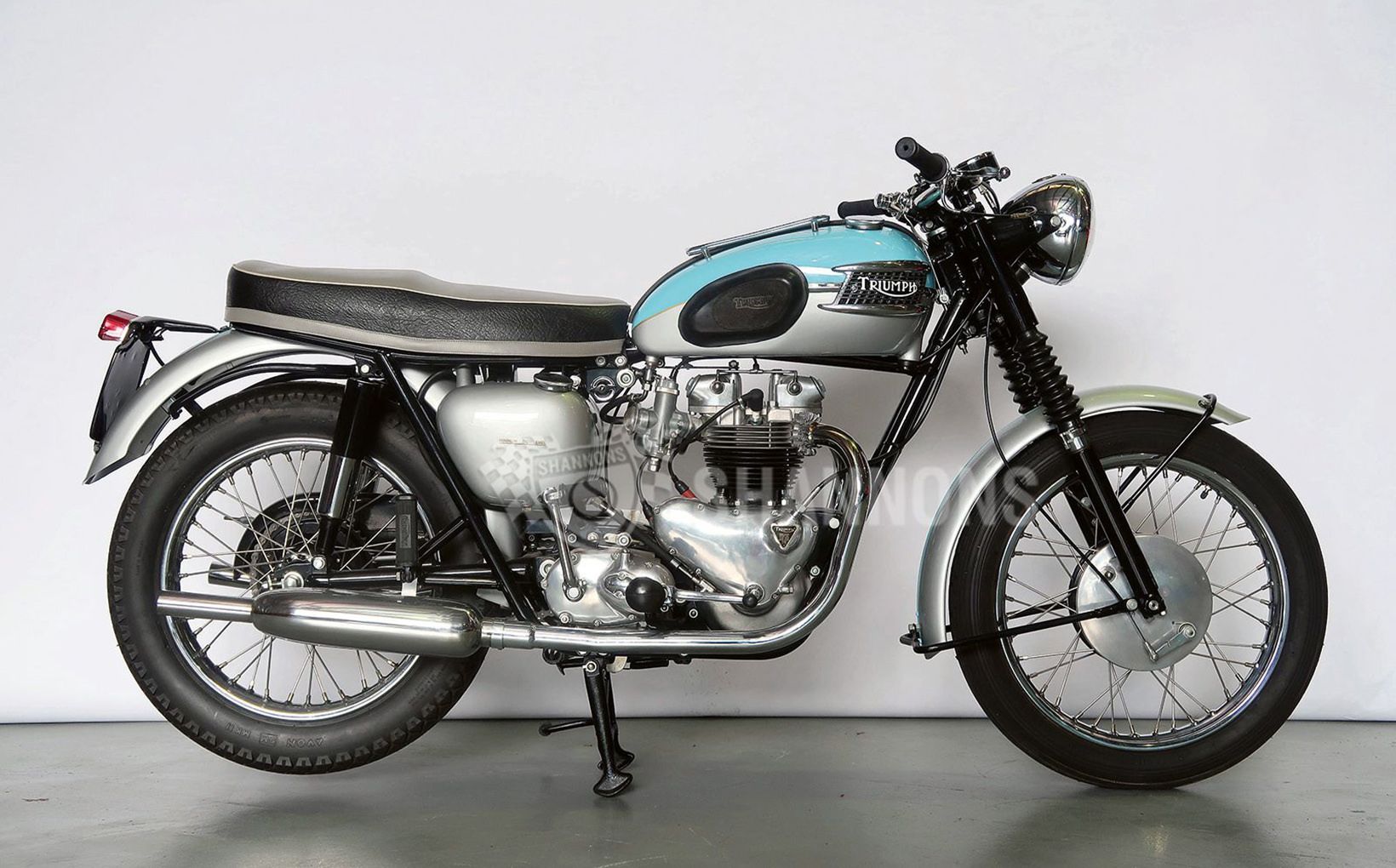 This beautiful, restored Triumph T120R Bonneville showing just 285 miles on its odometer at the time of cataloguing, is expected to bring $25,000-$30,000.

Other wonderful motorcycles on offer on November 18 include a desirable Pre-Unit Triumph T120R Bonneville that was fully restored to a high standard by a specialist workshop in Melbourne several years ago.

Showing just 285 miles on its odometer at the time of cataloguing, the ‘Bonnie’ was recently serviced in preparation for sale and is expected to bring $25,000-$30,000. 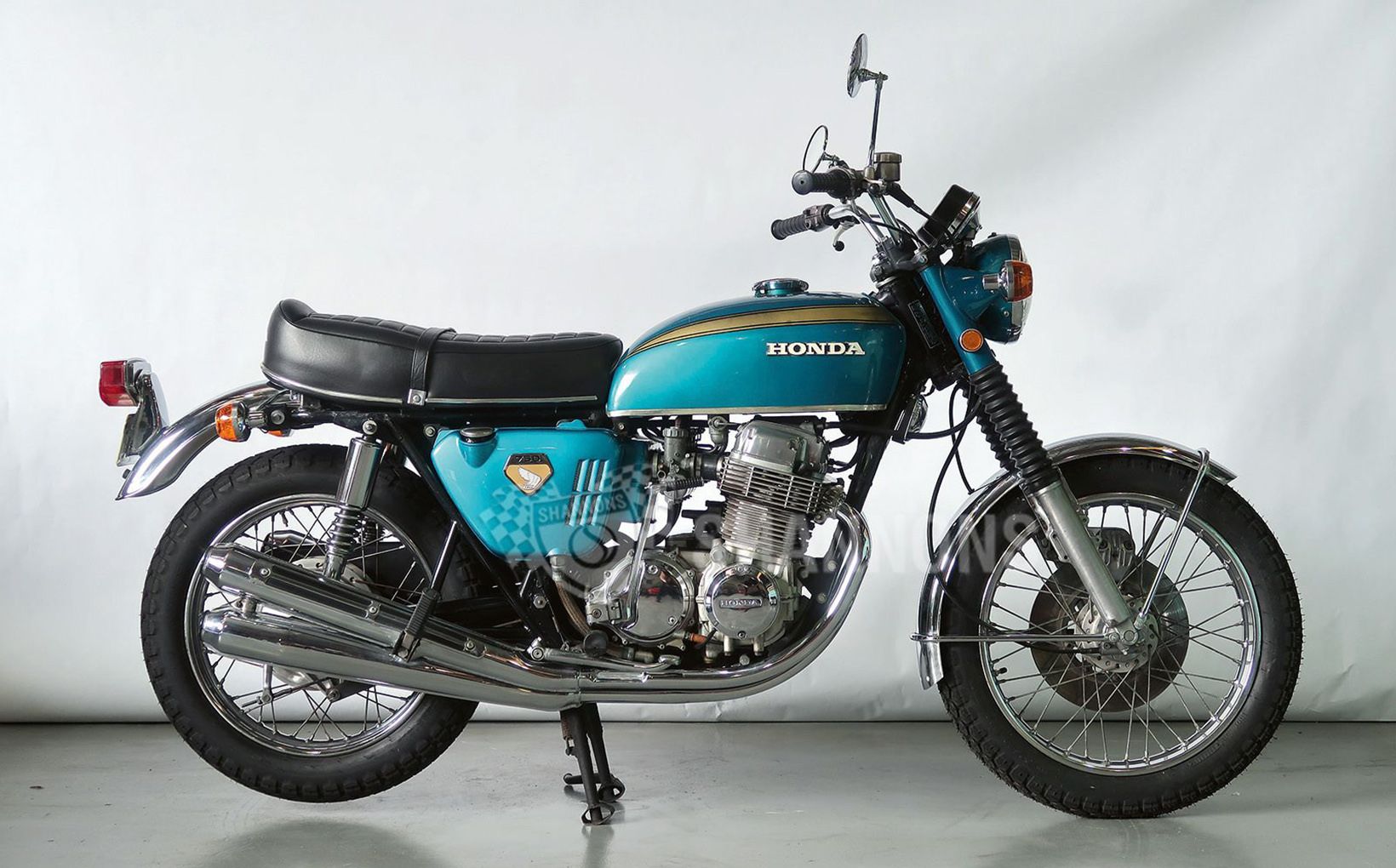 Also on offer is an unrestored early ‘die-cast’ 1969 Honda CB750 KO 750cc – often referred to as the world's first Superbike – that paved the way for future generations of ultra-high performance road-going motorcycles. Offered with ‘no reserve’, it is expected to sell in the $15,000 - $20,000 range. 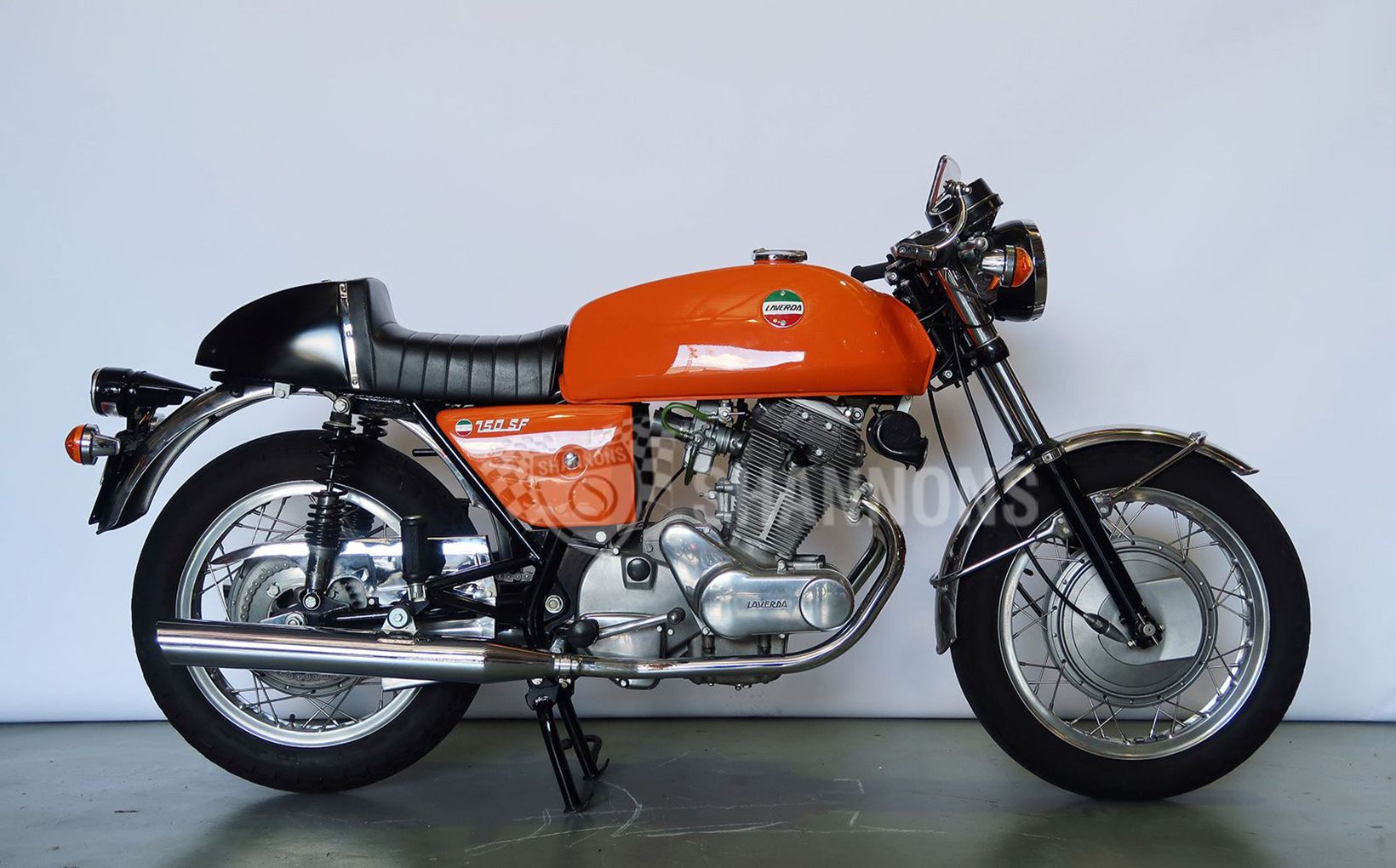 An affordable entry point to the world of 1970s Italian 750cc Superbikes is a beautiful 1972 Laverda 750SF that was purchased by its current Sydney owner in 2016 as a stalled restoration project, before being completed to a high standard at a cost in excess of $15,000.

Barely used since and with corresponding frame and engine numbers, this fabulous 750SF has done just 920km since the work was completed and is expected to sell in the $15,000 - $20,000 range – considerably less than most of its more celebrated Italian counterparts.

Each is being offered with ‘no reserve’.