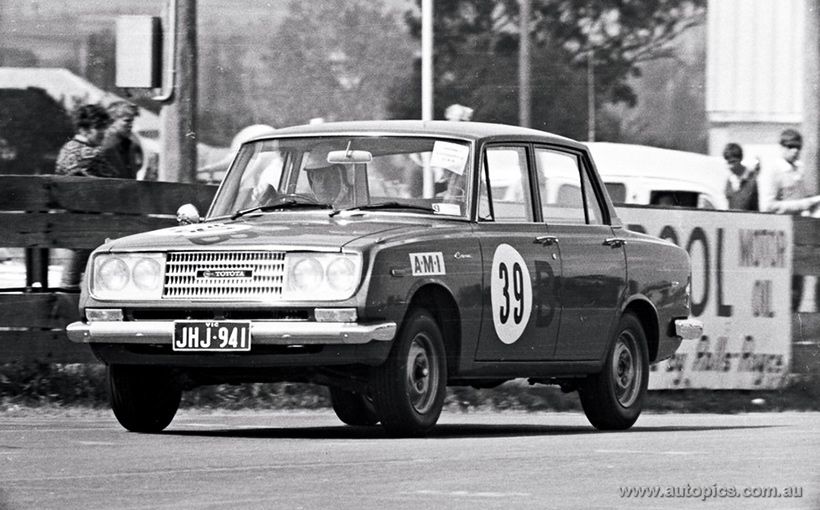 The ‘Rising Sun’ appeared over Mount Panorama for the first time in the 1965 Armstrong 500, led by burgeoning Japanese giant Toyota and its trio of new Coronas. Entered and prepared by local assemblers Australian Motor Industries (AMI), the new cars impressed with their faultless reliability. This was the highest-placed Corona, which Brian Reed and Des Kelly drove to second in Class B. Image: www.autopics.com.au

The remarkable transformation of post-WWII Japan, from a nation shattered into surrender by atomic bombs in the 1940s to a burgeoning industrial powerhouse by the 1960s, was never better demonstrated than Toyota’s first appearance at Bathurst with a trio of Coronas in the 1965 Armstrong 500.
Ken Hougham, the visionary UK-born boss of Toyota’s local assembly operation AMI (Australian Motor Industries), could see the benefits of subjecting these little known Japanese cars to the toughest test of performance and durability in full public view at Mount Panorama, Bathurst.