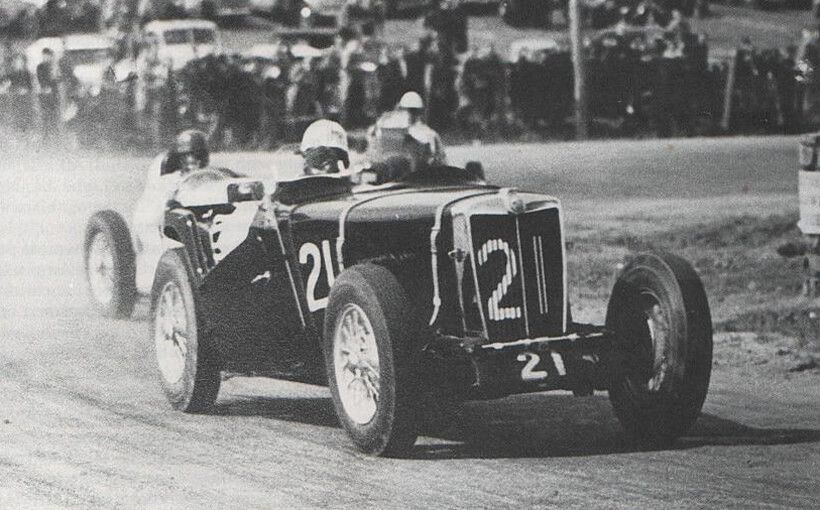 Bill Murray on his way to winning the Australian Grand Prix in a stripped-down MG TC at Bathurst in 1947. His victory added a new post-war chapter to MG’s long history of pre-war success in Australia’s most prestigious motor race.

Arguably the most famous and cherished MG sports cars were the iconic T series Midgets produced by the Abingdon manufacturer from 1936 to 1955, which included TA, TB, TC, TD and TF models. The T series’ greatest post-war success in Australia was unquestionably Bill Murray’s victory in the 1947 Australian Grand Prix at Mount Panorama, Bathurst.

Murray’s victory in a stripped-down MG TC was a thriller, as he only took the lead on the last lap in a 38-lap 241km race run to Formula Libre rules, which allowed a wide variety of makes and vehicle types to compete head-to-head.