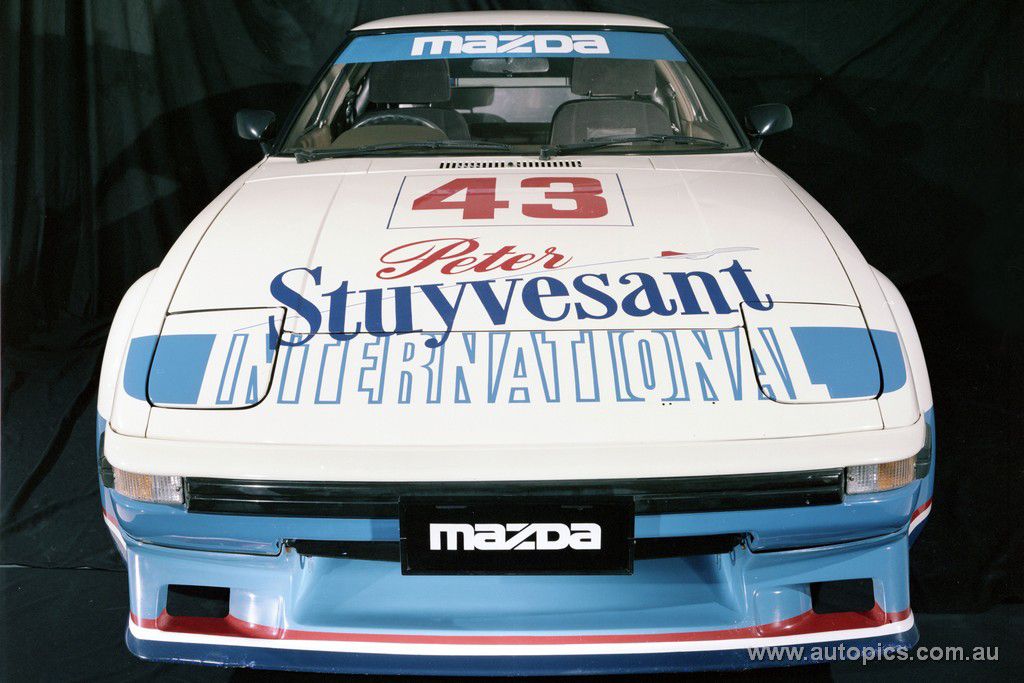 Face of the future. Long-time Ford hero Allan Moffat’s surprise switch to a Mazda RX-7 works drive was guaranteed to polarise race fans and create its own brand of drama and excitement. Moffat’s four-season campaign in the rotary-powered rocket was a thrilling era in Australian touring car racing.

The Production Touring - Group C era (1973-1984) ignited as many confrontations in the courtroom as it did on the race track, but no car created more controversy, heated debate and political division during this volatile time than the Mazda RX-7.
From the moment its entry was proposed late in 1978, the little rotary-powered sports coupe from Japan challenged traditional thinking on what an outright contender in 1980s touring car racing could be. And that was enough to trigger a farcical political stoush over its acceptance, which played out from late December 1979 to January 1981.