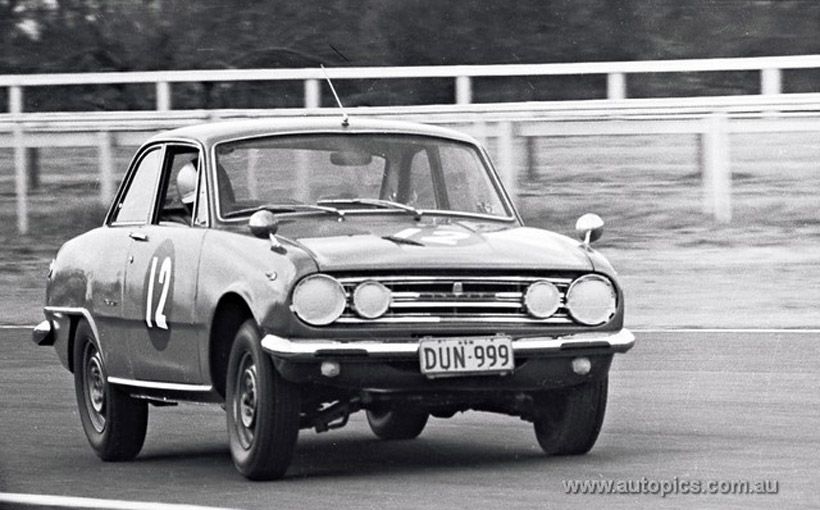 The Isuzu Bellett was a stylish performance package, particularly the 1.6 litre GT version with its two-door coupe body as shown here. This example owned by Colin Bond’s team-mate Arthur Treloar is getting a high-speed workout at Sydney’s Warwick Farm Raceway in 1966.

Race and rally great Colin Bond was one of many young drivers learning their craft in the thriving Australian sporting car club scene in the 1960s, so the release of Isuzu’s Bellett 1500 sedan in 1964 and hotter two-door GT version in 1966 could not have been better timed.

‘Bondy’ raced and rallied Isuzu Belletts with car owner Arthur Treloar prolifically during this period, which served as an ideal launching pad for a race and rally career that really took off as soon as Bond’s prodigious talent became evident.