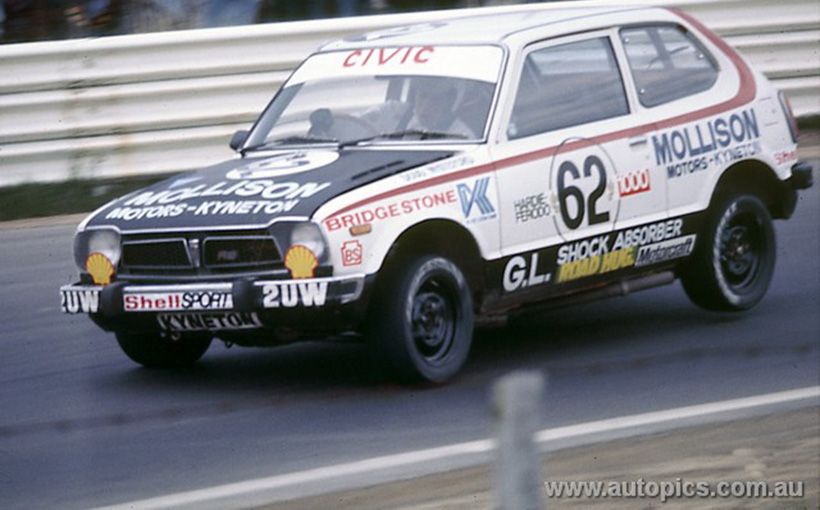 The Honda Civic’s fourth and final Bathurst 1000 appearance was in 1976 when the diminutive Japanese cars finished second and third in Class A. This is the third-placed Civic RS shared by rally ace Roger Bonhomme and multiple AGP winner Doug Whiteford, with the Bridgestone racing slicks generating enough grip through Hell Corner to lift the inside rear wheel clear off the deck. This was a familiar pose for racing Civics being driven at their limit.

The original Honda Civic released in Australia in 1973 was the right car at the right time. Its fuel efficiency in an energy crisis, combined with state-of-the-art technical design, quality engineering and attractive styling, made it a global sales phenomenon. It also proved to be a robust and cheap class contender in touring car racing, competing at Bathurst with the V8 big guns for a fraction of the cost.

An article that appeared in Sports Car World in 1974 highlighted how easy and affordable it could be for a Honda Civic owner to turn their dream of competing at Bathurst and other endurance races into a reality. SCW claimed that for as little as $1000 you could race-prepare a Civic that could “compete on equal terms with the Class A front runners (the legal ones, anyway).”