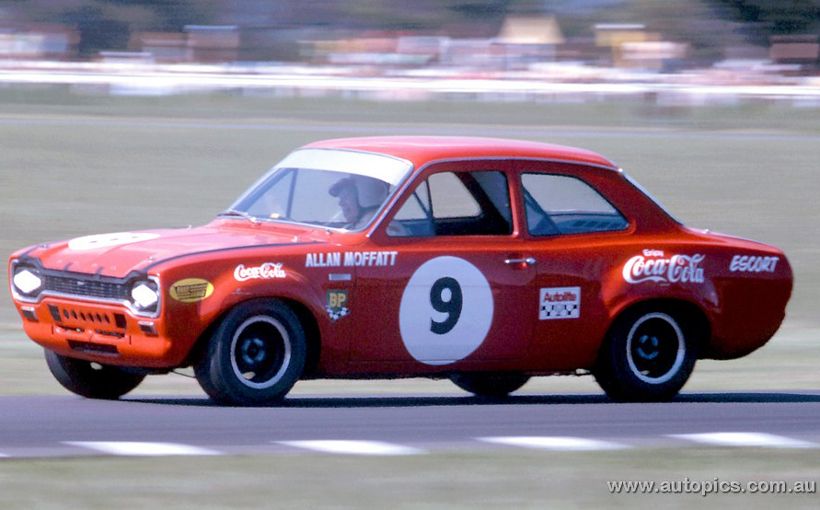 Ford star Allan Moffat was the most high profile driver to race an Escort in Australia, when he drove this superb ex-Alan Mann Racing Cosworth FVA-powered version in the early 1970s. Here the Escort is captured in full flight at Sydney’s Warwick Farm Raceway in early 1971, just after it had been repainted in Coca-Cola red. Note how the sign-writer misspelt the driver’s name. Not a Ford fan obviously.

When a hot Twin Cam model was revealed only two months after the all-new Escort’s UK launch in 1968, Ford’s sporting intentions were clear. What followed was a series of brilliant competition-bred Escorts that would take the motor sport world by storm.
The stylish newcomer offered a choice of robust ‘Kent’ cross-flow four cylinder engines in a light but rigid unitary body-shell. MacPherson strut front suspension, a conventional leaf-sprung live rear axle plus rack and pinion steering resulted in a rugged but simple car that was a born athlete.