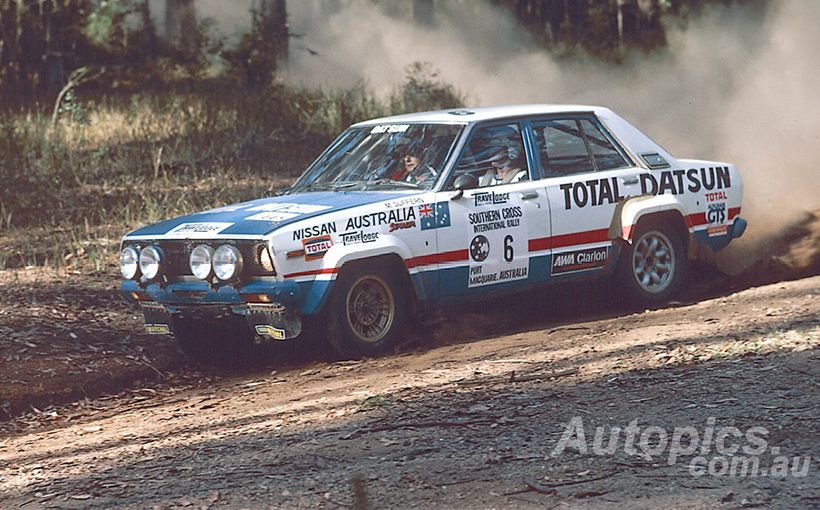 George Fury and Monty Suffern starred during the Datsun Stanza era in Australian rallying, winning two Australian Rally Championships and two Southern Cross Internationals in a memorable three-year period. Here George unleashes his formidable ‘Fury’ on his way to victory in the ‘78 Cross.
Nissan, through its Datsun export brand, produced some fantastic rally cars in the 1960s and 1970s highlighted by the iconic 1600 and 240-260Z. However, some might be surprised that the Japanese marque’s most successful rally car on a global scale - including Australia - is the humble Stanza.
Also known as the PA10 or Datsun 160J in export markets, the Stanza’s numerous top-level motor sport conquests paint a different picture to that of the 1.6 litre road car from which such an awesome rally weapon was derived. Numerous car reviewers, particularly in Australia, were harsh in their criticism of the locally-manufactured showroom product, largely focused on its yawn-inducing conventional design and driver engagement.