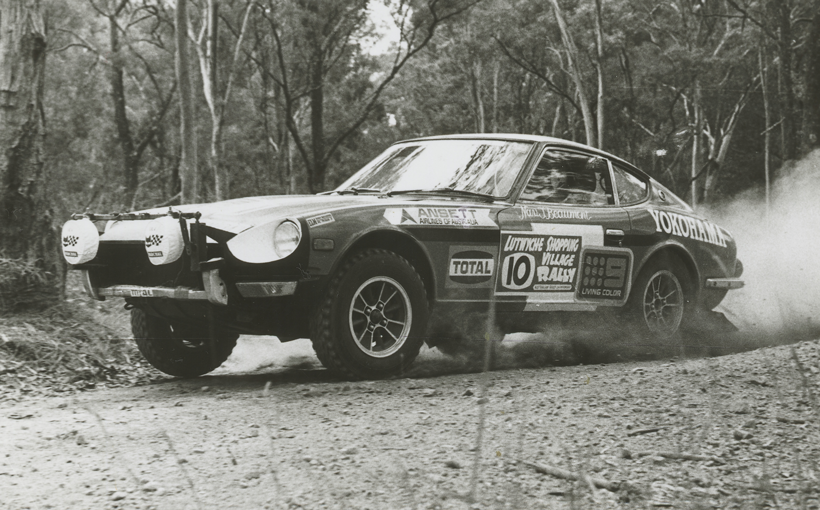 It’s a paradox that one of the most beautifully proportioned and elegantly styled sports cars - the iconic Datsun Z car – achieved its greatest motor sport success in the brutally tough world of rallying. The 240Z was twice winner of the notorious East African Safari and together with its larger capacity 260Z successor won back-to-back Australian Rally Championships in the 1970s.

When launched in 1969, the 240Z set new benchmarks not only for contemporary sports car styling but also affordable and practical ownership. By contrast, its long bonnet, short tail, inline six cylinder engine and overtly rearward driving position seemed inspired by classic British sports cars of the 1960s, like the Austin Healey 3000 and E-type Jaguar.