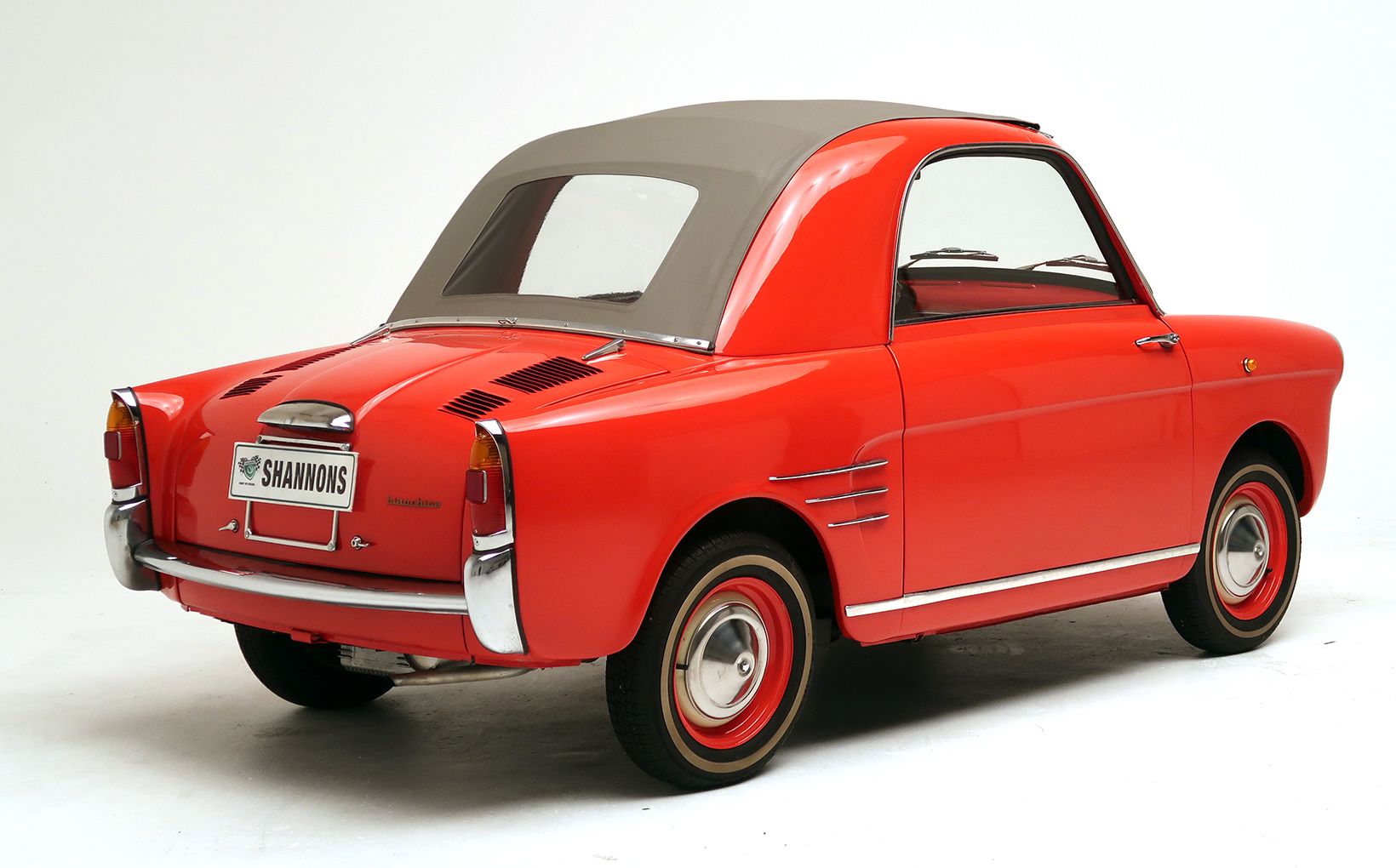 For many enthusiasts, their classic vehicle is a conversation starter, whether at a club gathering or ‘cars and coffee’ morning: ‘What is it?; Where’s it from; What’s its story?

Based on this, Shannons have hours of conversation crossing the auction block at Monday’s (November 18) Spring Classic sale in Sydney.

Right up there for interest is a left hand drive 1960 Autobianchi Bianchina Trasformabile Sedan – one of an estimated 10,000 built in total, of which only a handful ever reached Australia. 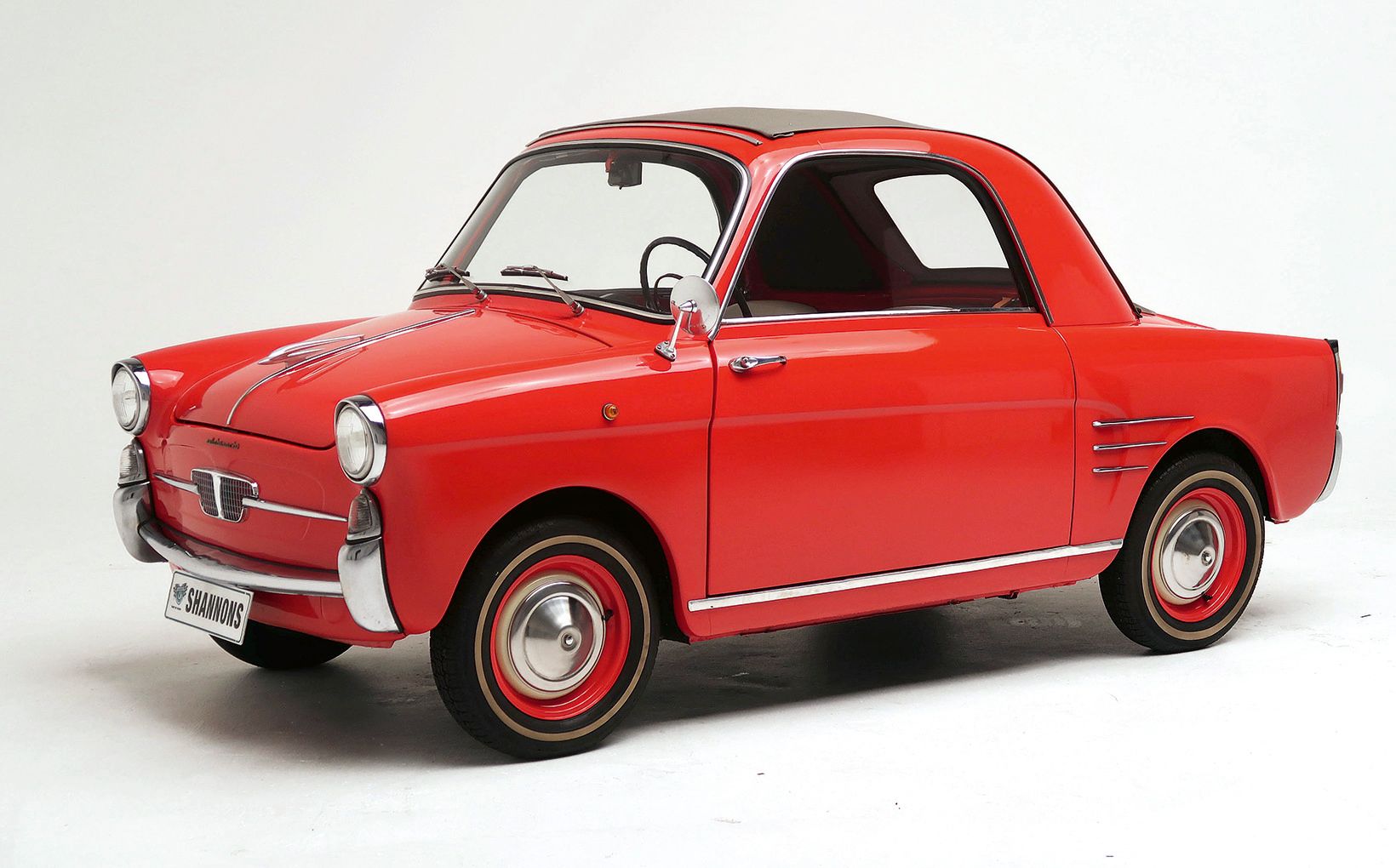 This restored 1960 Autobianchi Bianchina Trasformabile Sedan based on a Fiat 500’s platform, is expected to sell with ‘no reserve’ for $25,000 - $35,000.
Using the Fiat 500’s platform, the Bianchina retained the same rear-engined layout, but the air-cooled twin was tweaked for more power and the Trasformabile was finished to a higher standard,  with rear-hinged ‘suicide’ doors and a sliding fabric roof perfect for sunny climates.

As a result, the Trasformabile remains a stylish, chic machine today, with the restored example being auctioned potentially enhancing any Italian car collection at is expected ‘no reserve’ selling price of $25,000 - $35,000. 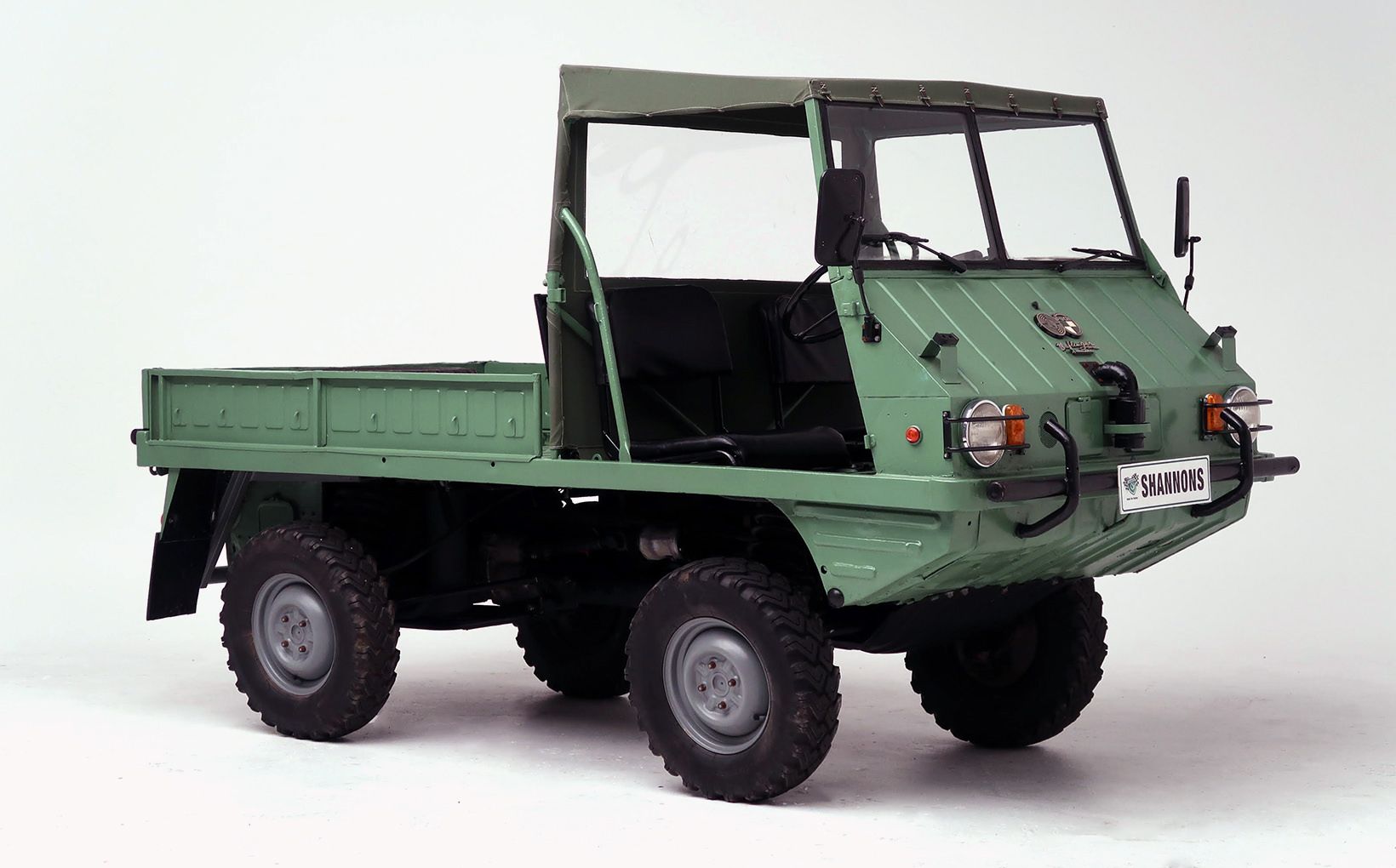 Of similar eclectic interest is a four-wheel drive 1973 Haflinger 700 AP – one of few examples left in Australia.

Originally developed for the Austrian Army as a Post-War replacement for their ageing fleet of US Army surplus Jeeps, the Haflinger was powered by a rear-mounted 643cc horizontally-opposed and air-cooled twin-cylinder engine, had a remarkably low weight of 600kg and with its low centre of gravity, front and rear locking diffs and long-travel fully independent suspension, had exceptional off-road ability.

Later models, like the 700 AP being auctioned, received more powerful motors and a new five-speed gearbox with a Krawler gear.  As a result, the Haflinger enjoys a cult following around the world today and there is even an active club in Australia with a strong network of owners. With just 21,793km showing on its odometer, this example is being offered with ‘ no reserve’ and is expected to sell for $10,000 - $14,000.

When it comes to series production classics, it’s hard to get more quirky than Citroen’s futuristic D Series and the late model 1974 Citroen D Special Sedan previously owned by the son of prominent Broken Hill artist, Pro Hart, ticks all the boxes.

Kept garaged and well-maintained by the same Sydney specialist workshop since it was purchased by the vendor in 2002, the Citroen was used as daily transport until 2018 and has since benefited from a refurbished interior. 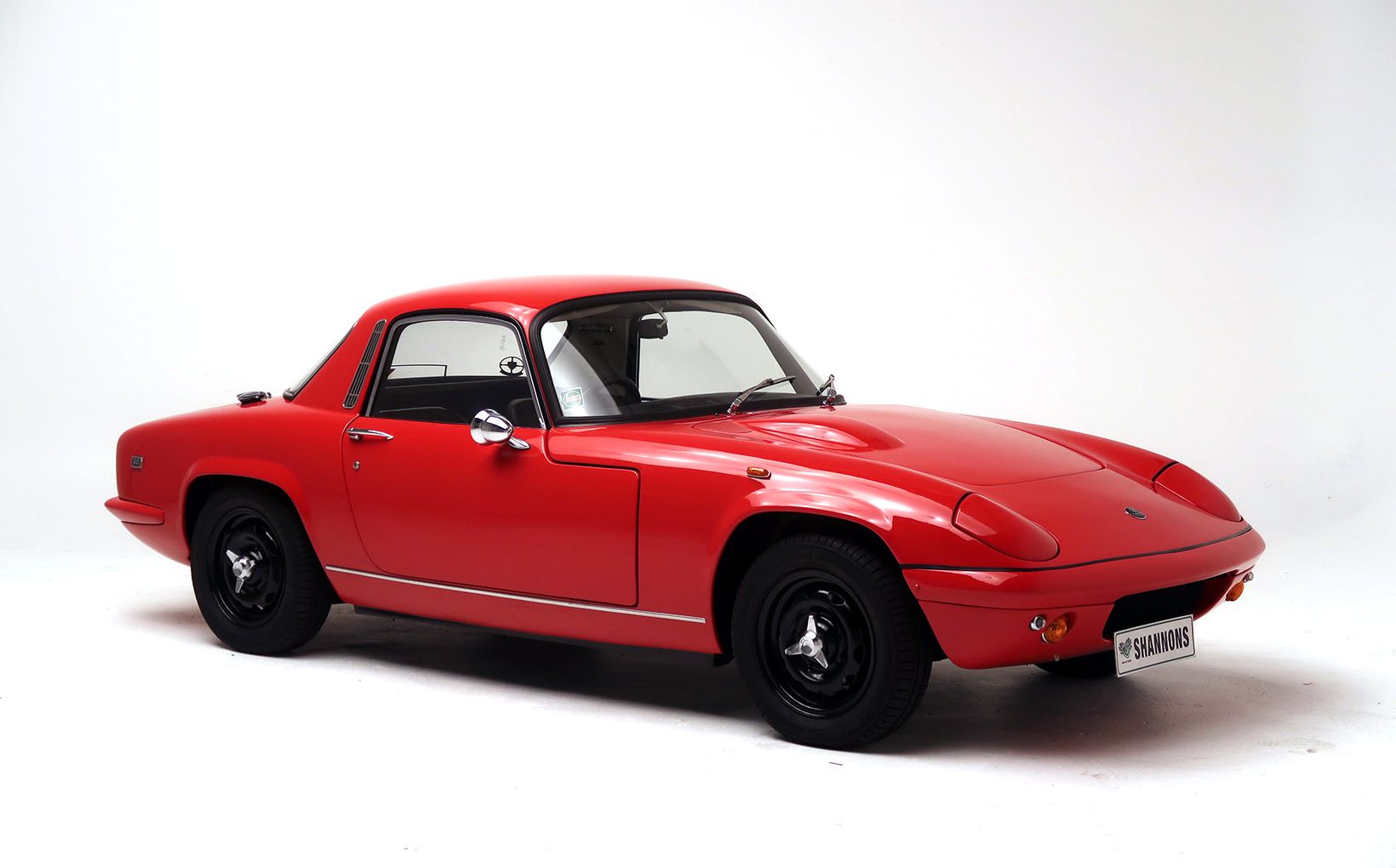 Painted Carnival Red, this original Stromberg carburetted SE model with power windows. has covered just 3,000 miles over a 30-year period, making it fresh and ready to enjoy at its expected selling price of $40,000 - $50,000.

Grand Touring car enthusiasts will never be lost for an audience if they arrive in the rare, nicely well-documented and authentic 1959 Jensen 541R Coupe that is expected to sell with for $60,000 - $75,000 at Monday’s auction. 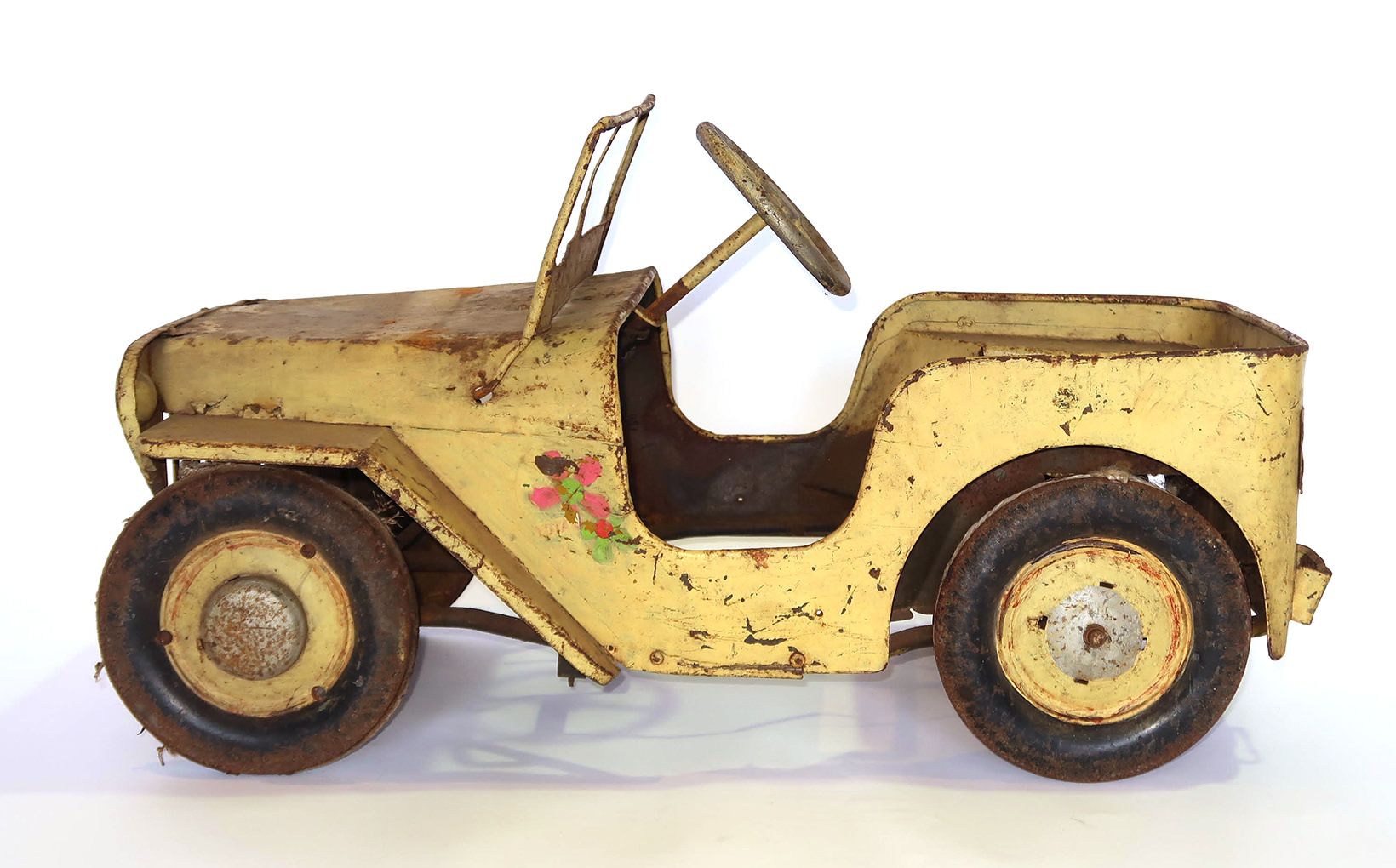 All lots offered in  Shannons November 18 Sydney Spring Auction can be  inspected at Shannons Showroom, 43 Reserve Road, St.Leonards, between  9am-5pm Saturday and 10am-4pm Sunday, with Monday’s auction commencing at 7pm, or visit www.shannons.com.au