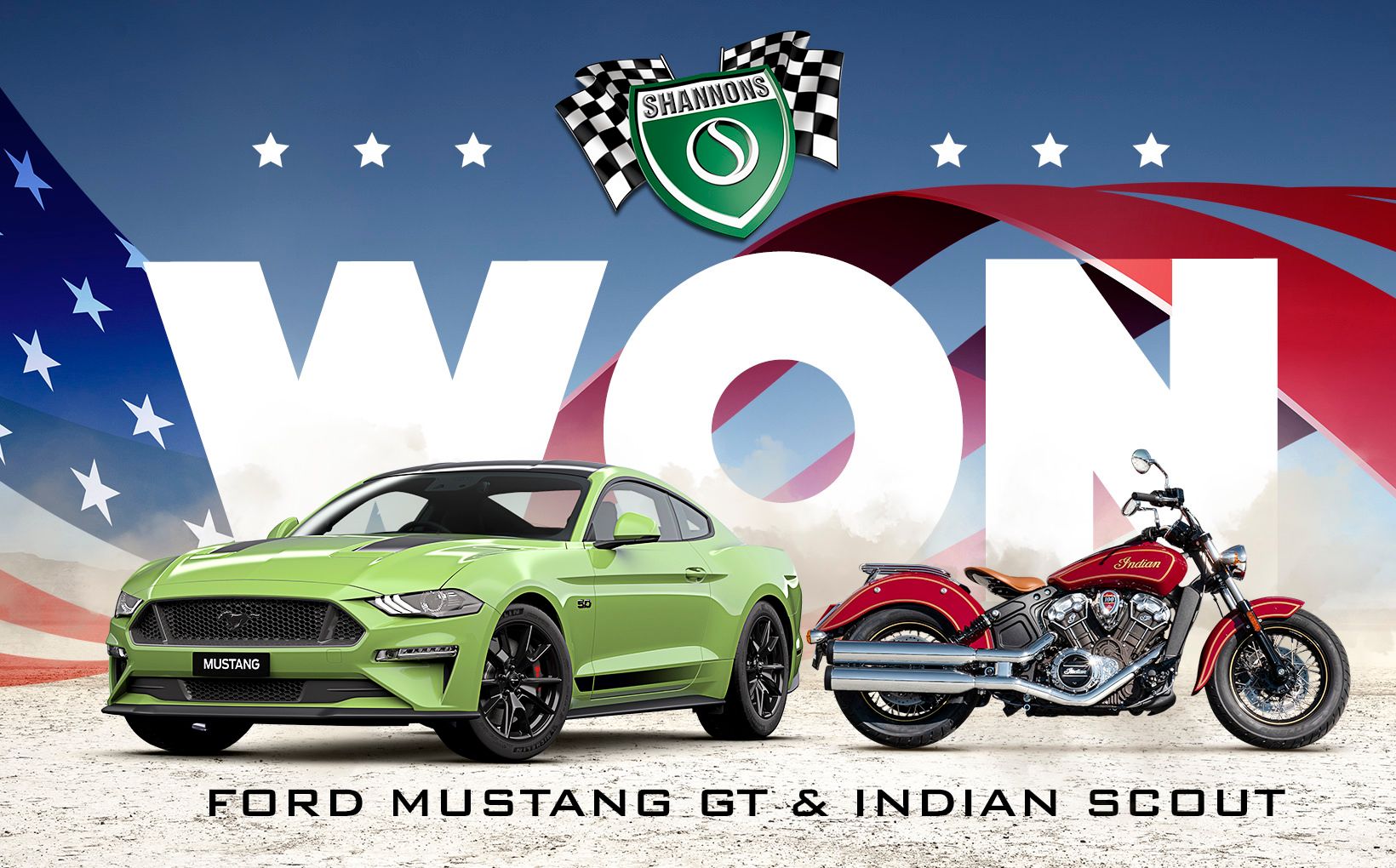 'Unbelievable' was Damian's reaction when told of his win in the Shannons Ford Mustang GT & Indian Motorcycle competition. After what has been a traumatic series of events, Damian said this win might be the change of luck he and his young family needed.

Damian revealed that he recently sold his much-loved VY SS V8 Commodore for a more practical vehicle to suit his family needs. He thought it might be some time before he got another V8, the new Ford Mustang GT would be a welcome addition to the family.

The Indian Scout 150th Anniversary motorcycle is also an opportunity to get back on the bike after letting his motorcycle licence lapse some years ago.

Damian was lost for words and finding it difficult to comprehend the magnitude of his win, worth up to $105,000 in prizes - the result of taking out both home and motor insurance with Shannons during the Competition period.

"We have been really pleased with the response to this competition. The chance to Win a new Mustang GT and Indian motorcycle (by getting a quote and taking out a policy with Shannons) had massive appeal to the motoring enthusiast community. Taking out (or already having) a Shannons Home policy gave entrants 10 chances of winning and that’s how our winner won his amazing prizes. Make sure you keep an eye out for the next big Shannons competition" said Mark Behr, Executive Manager, Marketing for Shannons.

Win a SP Tools Tool Kit for you and a Mate