IT WASN’T so long ago that SUVs exclusively played the role of off-road truck or family hauler, however an insatiable appetite for increased performance the world over have seen super-powerful SUVs come to the fore.

Porsche already had an entrant in the performance-SUV segment with the Cayenne Turbo, which uses a potent 404kW twin-turbo V8, however the spanner-turners at Stuttgart decided that just wasn’t quite enough for its range-topping model.

Enter the Cayenne Turbo S E-Hybrid. The new top-spec offering takes the 404kW V8 from the Turbo and supplements it with a plug-in hybrid system consisting of a 100kW electric motor and a 14.1kWh lithium-ion battery for massive combined outputs of 500kW/900Nm. 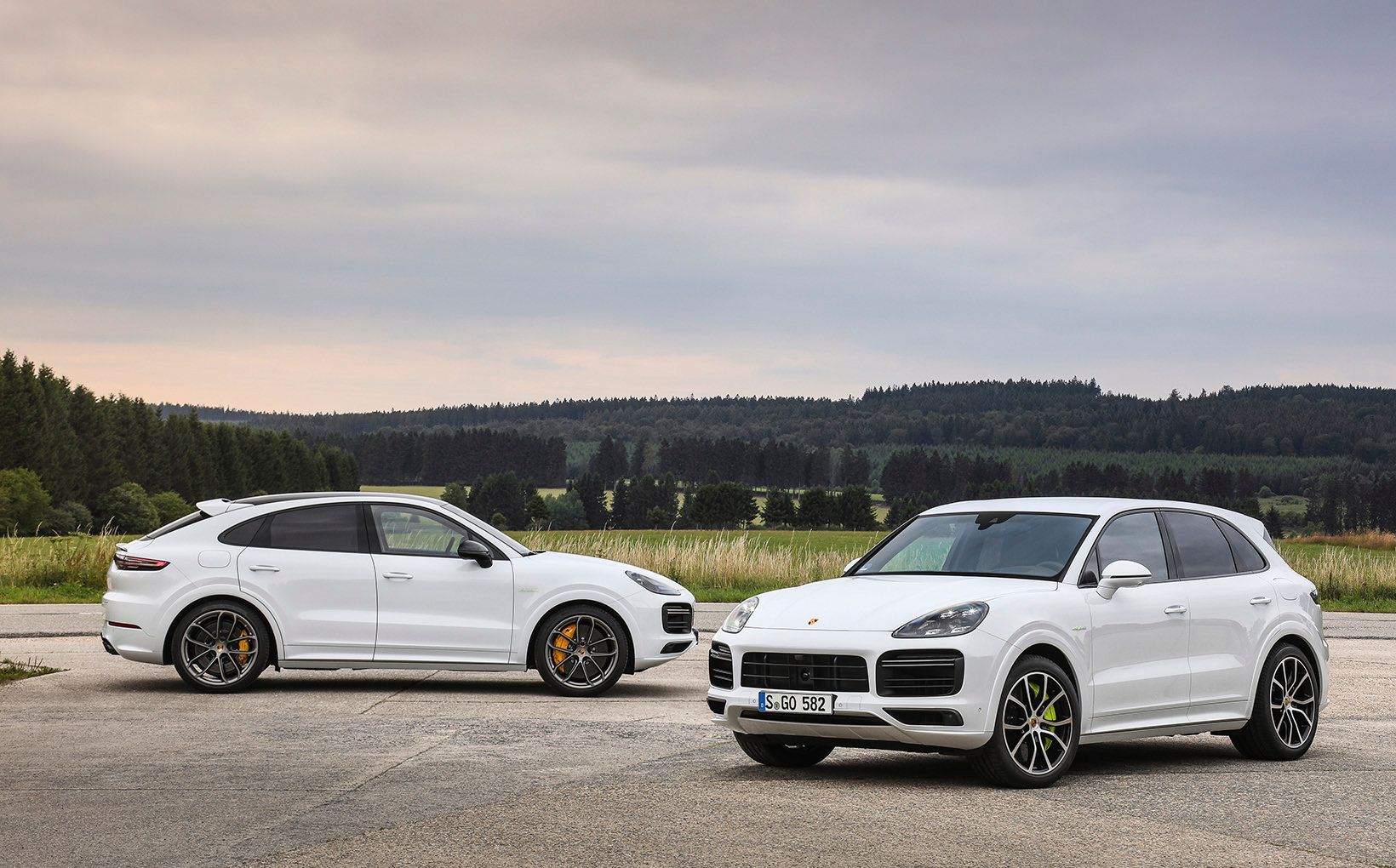 The only large SUV able to best the Cayenne’s peak power figure is the Jeep Grand Cherokee Trackhawk and its monstrous 6.2-litre supercharged V8, which is capable of pumping out an eye-watering 522kW/878Nm.

Porsche’s hybrid powertrain is equally impressive on the torque front, up 130Nm over the Turbo and matched only by the Audi SQ7’s 4.0-litre turbo-diesel V8. 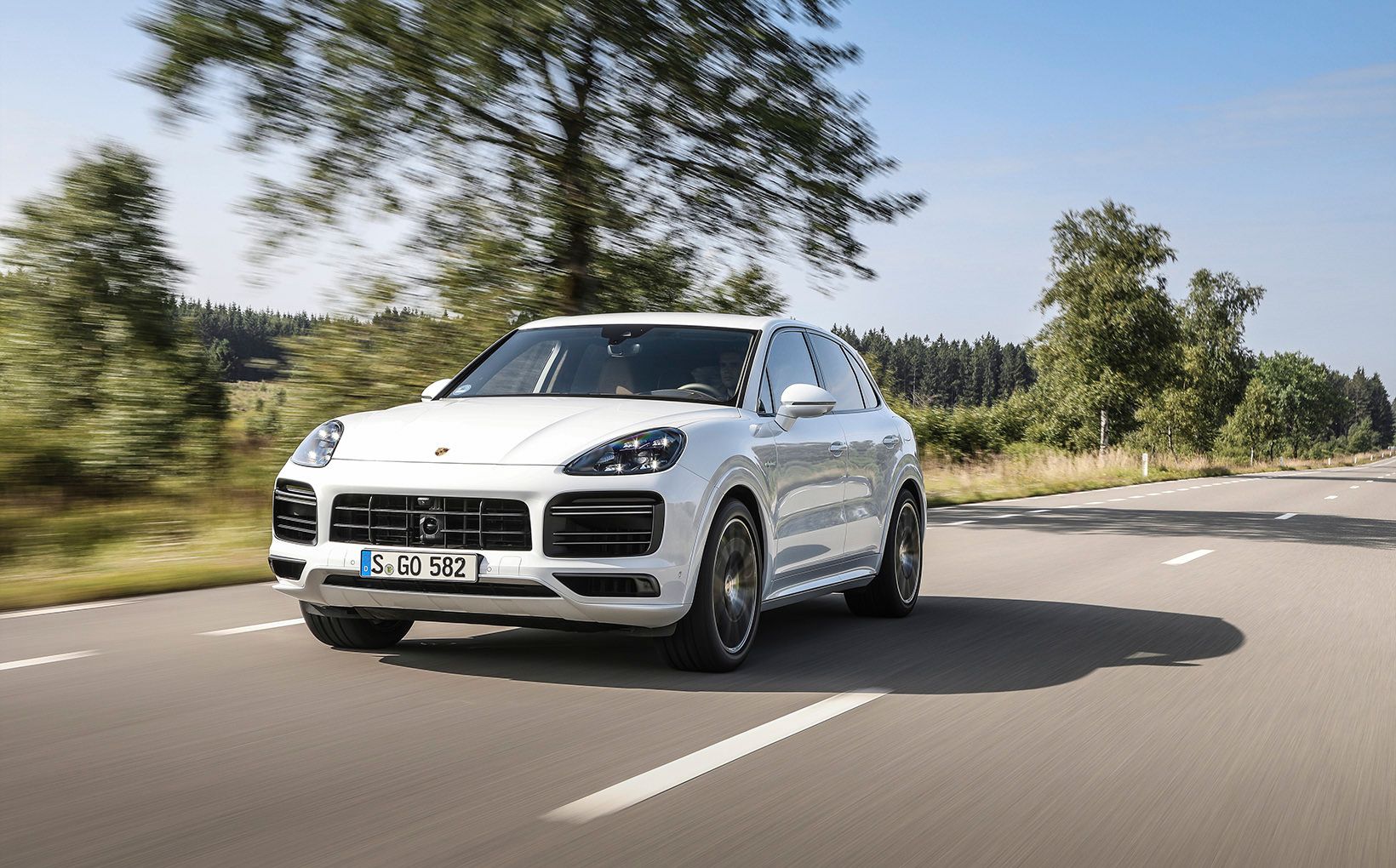 Porsche’s hybrid V8 powertrain blows most of its competitors out of the water, with a massive 500kW/900Nm.

If the Cayenne’s powertrain sounds familiar, it is because it is also used in the Panamera upper-large sedan, however the SUV adds an additional 50Nm of grunt.

Power is distributed to all four corners via an eight-speed automatic transmission, with its colossal output helping the Cayenne sprint from standstill to 100km/h in just 3.8 seconds, and on to a top speed of 295km/h.

Owners can also switch to full-electric power if they choose, with the 14.1kWh battery allowing for up to 40km of range and a top speed of 135km/h. 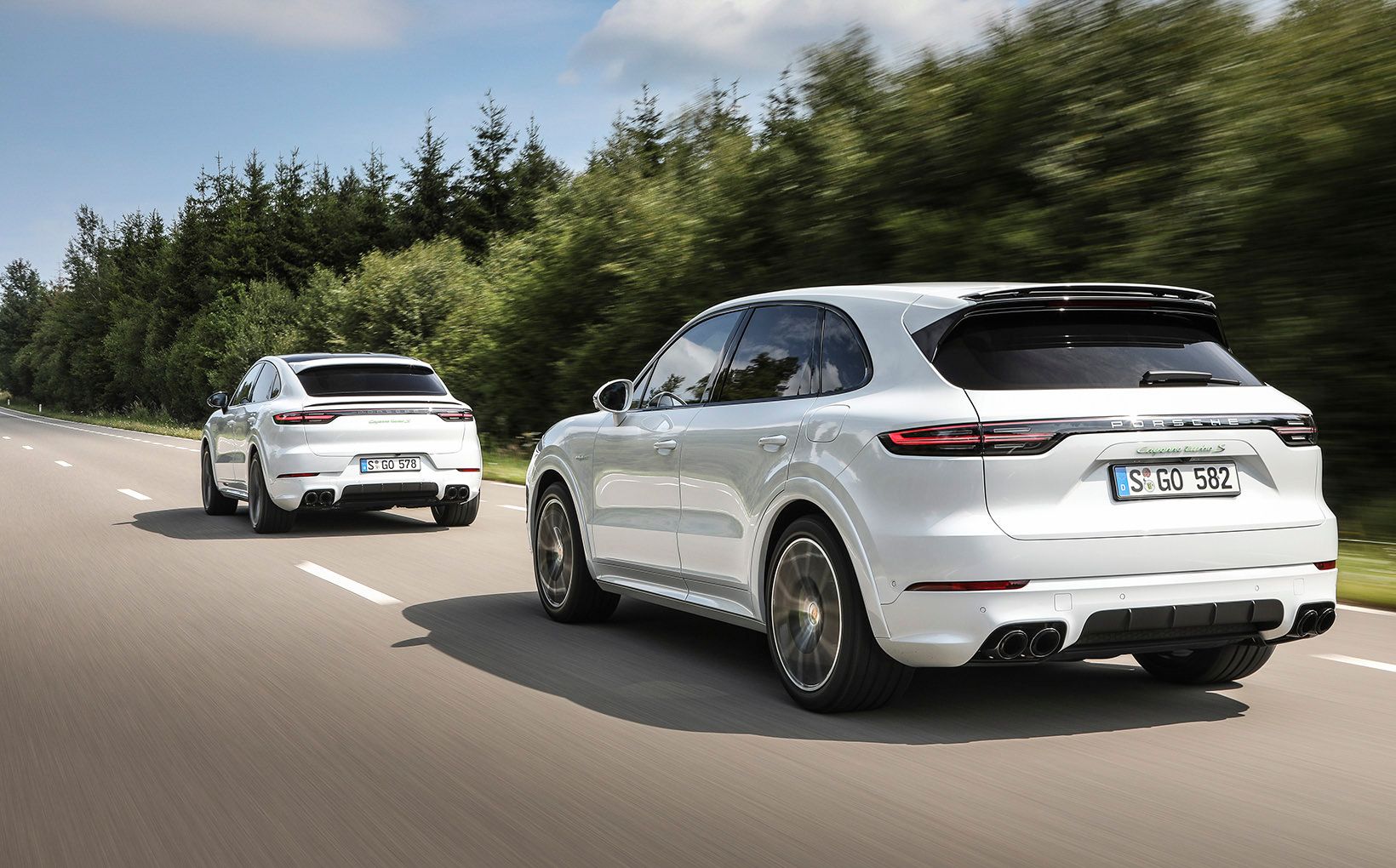 Recharging the lithium-ion battery takes about six hours via a 230V/10-amp household socket, while using a fast-charging 400V/16-amp connection cuts charging times to about 2.4 hours.

Thankfully, the cost increase isn’t just for the extra horses, with the Turbo S E-Hybrid also scoring a number of standard performance features to help increase the dynamic capabilities of the big four-wheel-drive. 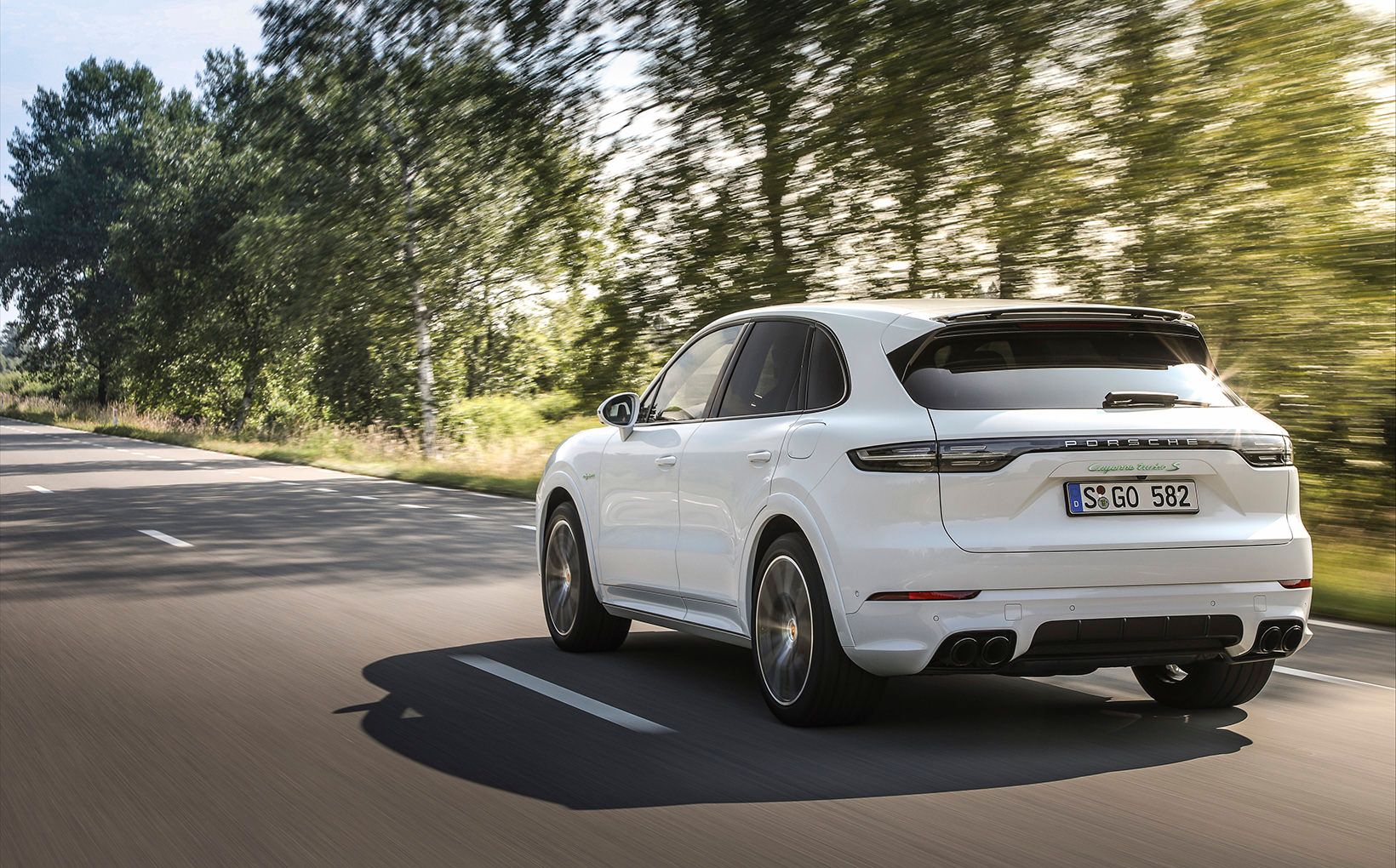 The privilege of owning Porsche’s most powerful SUV will cost owners an extra $46,400 and $39,100 over the Turbo for the wagon and coupe respectively. 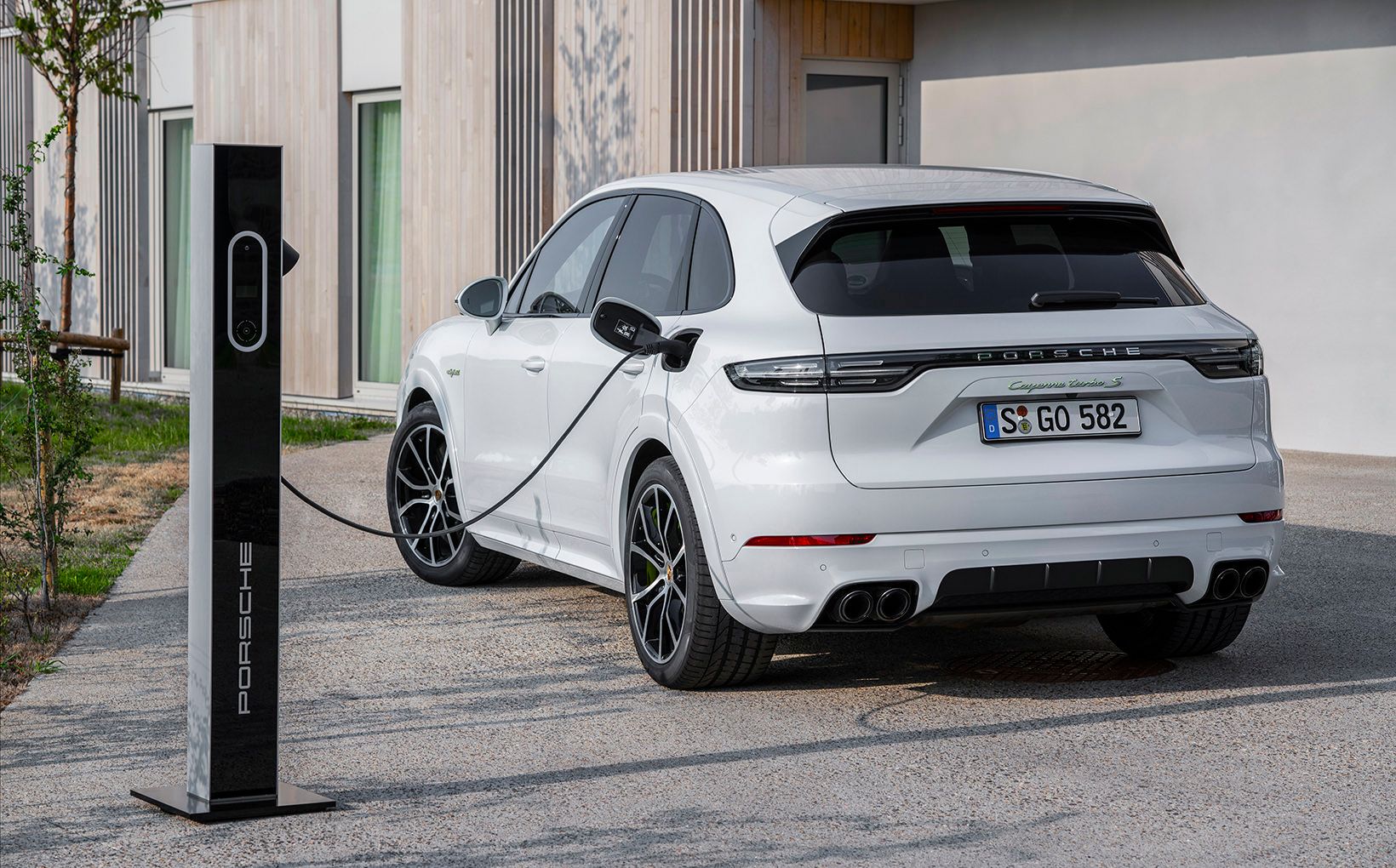 The Turbo S E-Hybrid’s 14.1kWh battery can be charged in six hours via a normal household socket.

Given the all-new, third-generation Cayenne launched locally in June last year, sales of the large SUV have boomed through the first seven months of 2019, up 80.4 per cent from 465 units to 839. 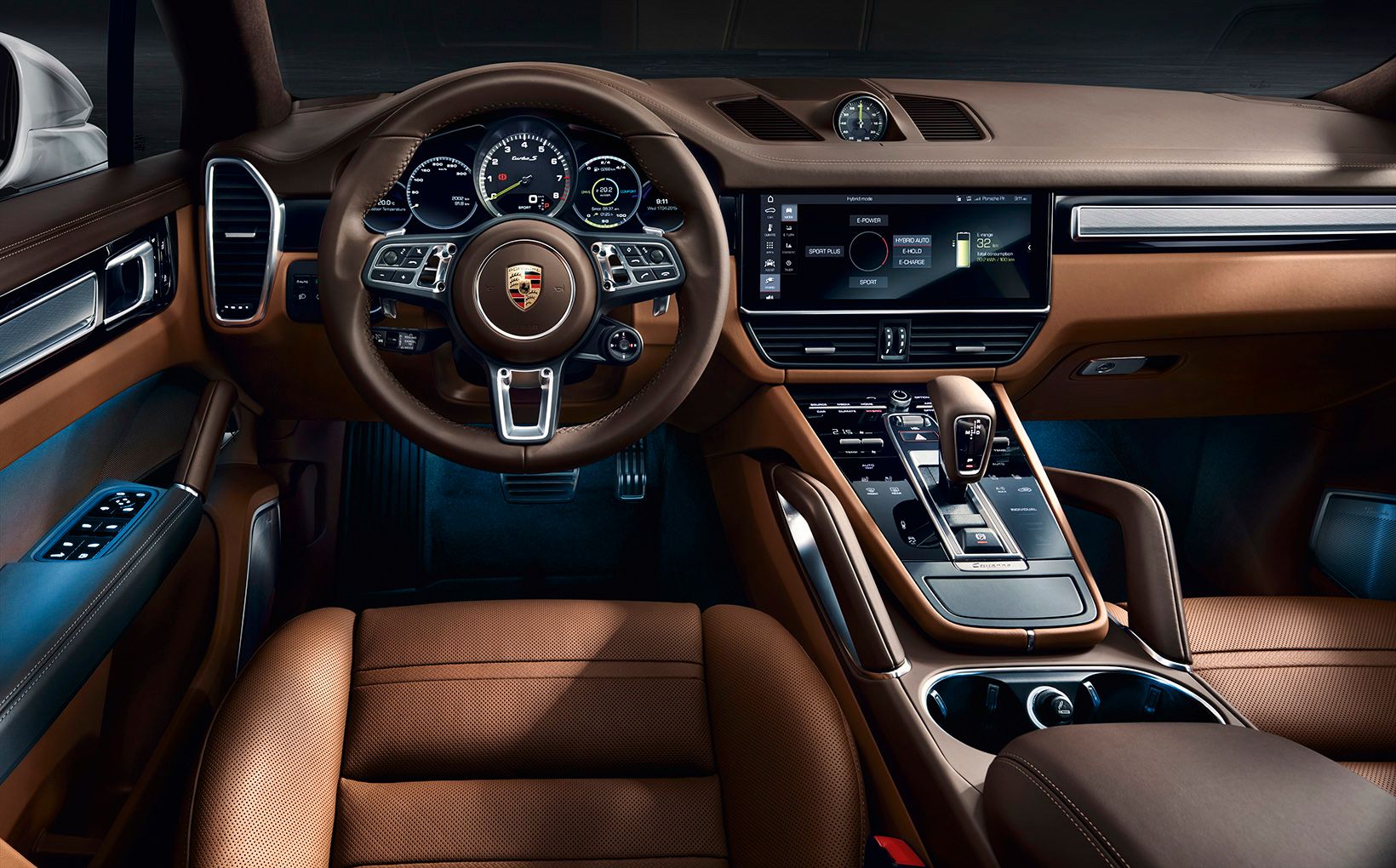 Inside the Cayenne Turbo S E-Hybrid, luxury is the name of the game with swathes of leather, large digital screens and even an analogue clock.

The story of the Porsche Cayenne dates back to 2002, as not only the first SUV in Porsche’s history but the brand’s first four-door model, and as such was met with some trepidation by purists who thought the driving pleasure synonymous with Porsches would be lost on a hefty SUV.

Those fears were soon put to bed by the 331kW Turbo and 383kW Turbo S, which proved to be surprisingly nimble on its feet and damn quick – accelerating from standstill to 60mph (97km/h) in the Turbo S would take just 5.0 seconds.

In 2011, the second-generation version would continue the Cayenne’s success story, seeing the introduction of the first plug-in hybrid variant, with the success of the Porsche SUV evident by the arrival of the smaller Macan in 2014. 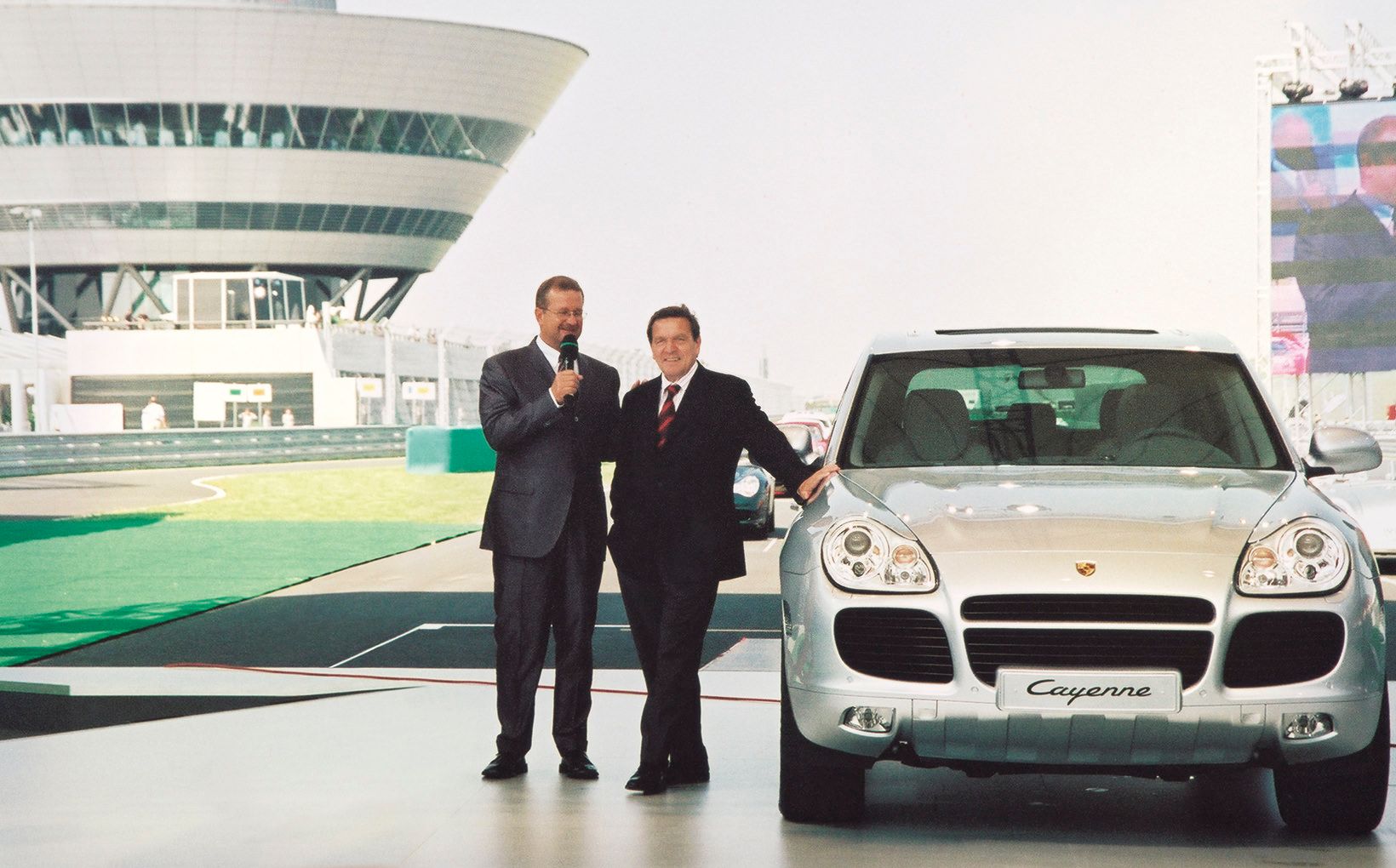 The first-generation Cayenne was debuted in 2002, marking a major departure for the German brand.

The success of Porsche SUVs is now undeniable, with 2084 of its 2619 sales so far in 2019 comprising of the Cayenne and Macan.

And we can see why – with the practicality and space of an SUV, and the undeniable performance of a Porsche, the Cayenne does look like a tempting proposition – provided you have the bank balance for it, of course.