Following the local launch of the all-new, eighth-generation version of Porsche’s legendary 911 sportscar in early 2019, the German brand has slowly been rolling out more and more variants, both in coupe and convertible guises.

The brand has now continued its 911 variant rollout with the reveal of the Targa body style, which according to Porsche is neither a coupe nor a convertible. So what is it exactly? Let’s go back to the 60s to find out.

They say necessity is the mother of invention, and the 911 Targa was no different. In the 60s in America, the US Department of Transport was considering banning convertibles in the country, due to the increased crash danger – particularly in rollovers, which often proved fatal. 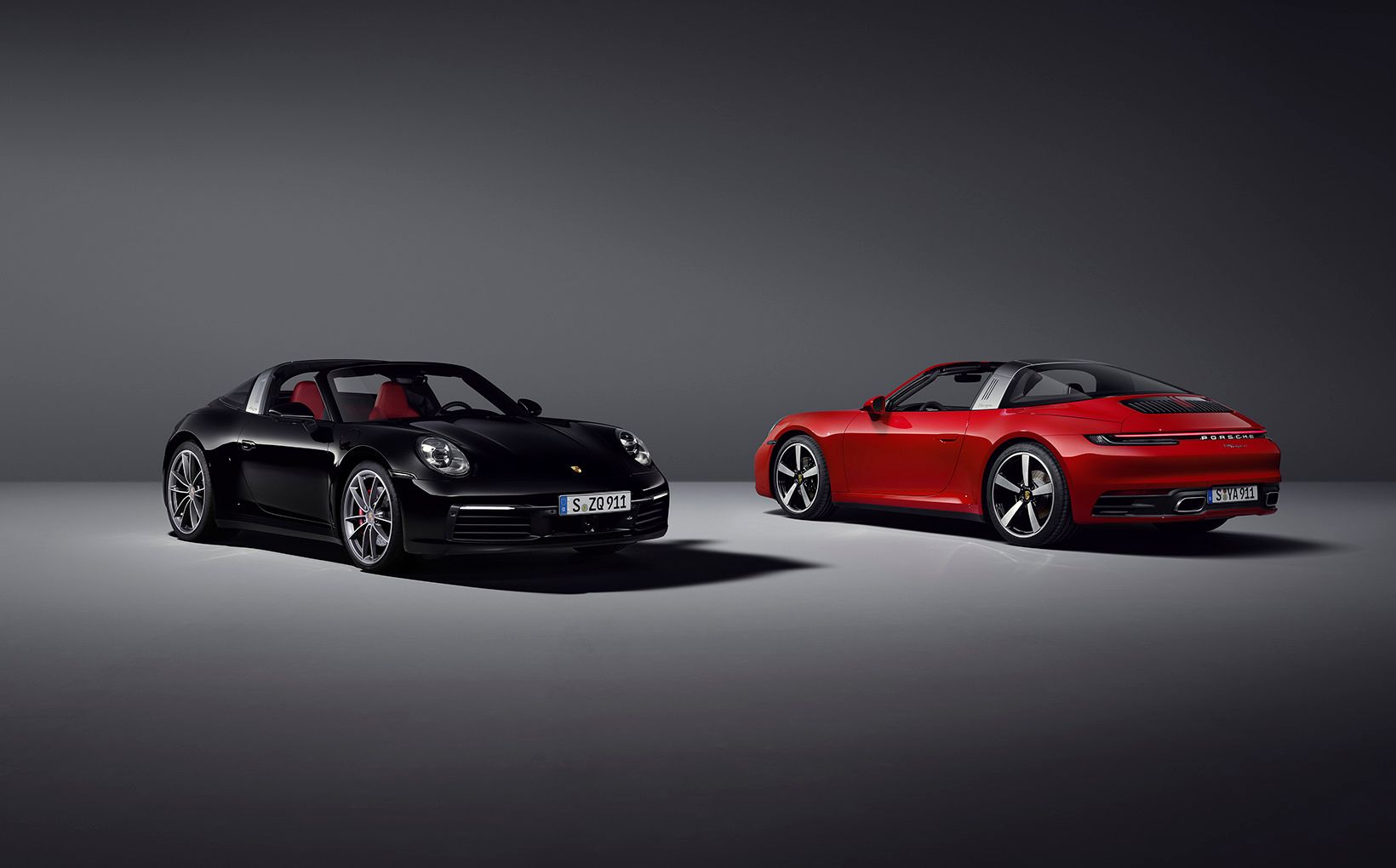 Porsche’s signature 911 Targa has been revealed for the latest generation of the legendary sportscar.

This was bad news for Porsche. The US was one of its best-selling markets for its 911 convertible, so the brand’s designers and engineers set about creating a new model that could continue the experience of open-top motoring with an increased degree of safety that would satisfy DoT officials.

Originally debuted at the 1965 Frankfurt International Motor Show, the Targa was defined by its silver fixed rollbar that replaced the car’s B-pillar and ran over the top of the roof to provide protection for occupants in rollover situations.

Funnily enough, the convertible legislation was never passed in the US, meaning the Targa was never actually needed by Porsche, however its ensuing popularity has ensured it has remained a permanent fixture in the 911 line-up to this day. 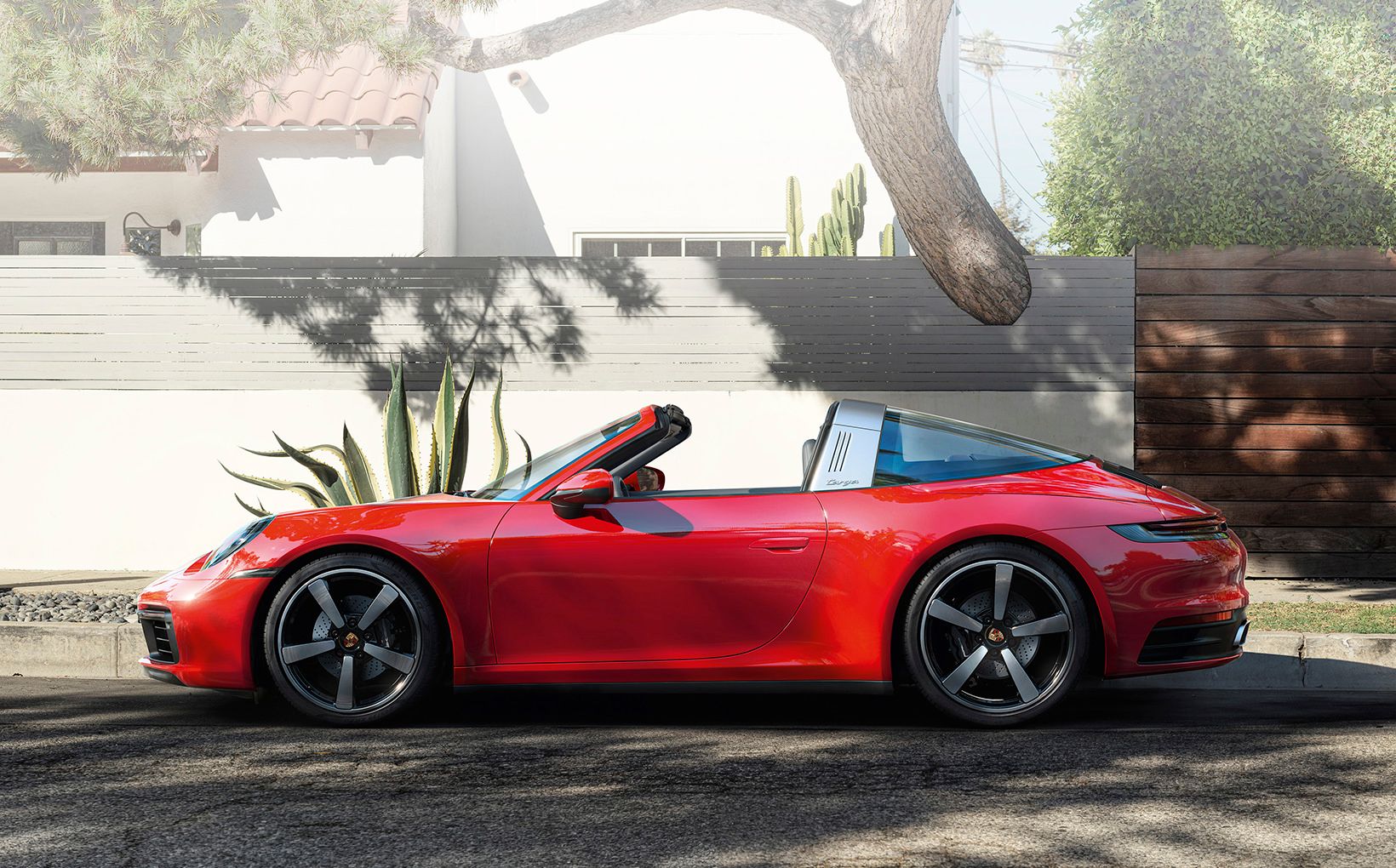 Initially, the Targa will land on Australian shores in all-paw Targa 4 and Targa 4S guise, while the more potent GTS grade can be expected to join at some point, if the previous-generation line-up was anything to go by.

Priced from $275,800 plus on-roads for the Targa 4 and $314,100 for the 4S, the semi-convertible grades command a $21,900 premium over their coupe counterparts, while sporting an identical pricetag to the soft-top Cabriolets.

On either side of the rollbar, or ‘wide roll hoop’ as Porsche likes to call it, sits a retractable overhead roof (which can be stowed in 19 seconds) and a wraparound glass rear window, with only a slightly higher roofline behind the front seats compared to the old 991-generation model. 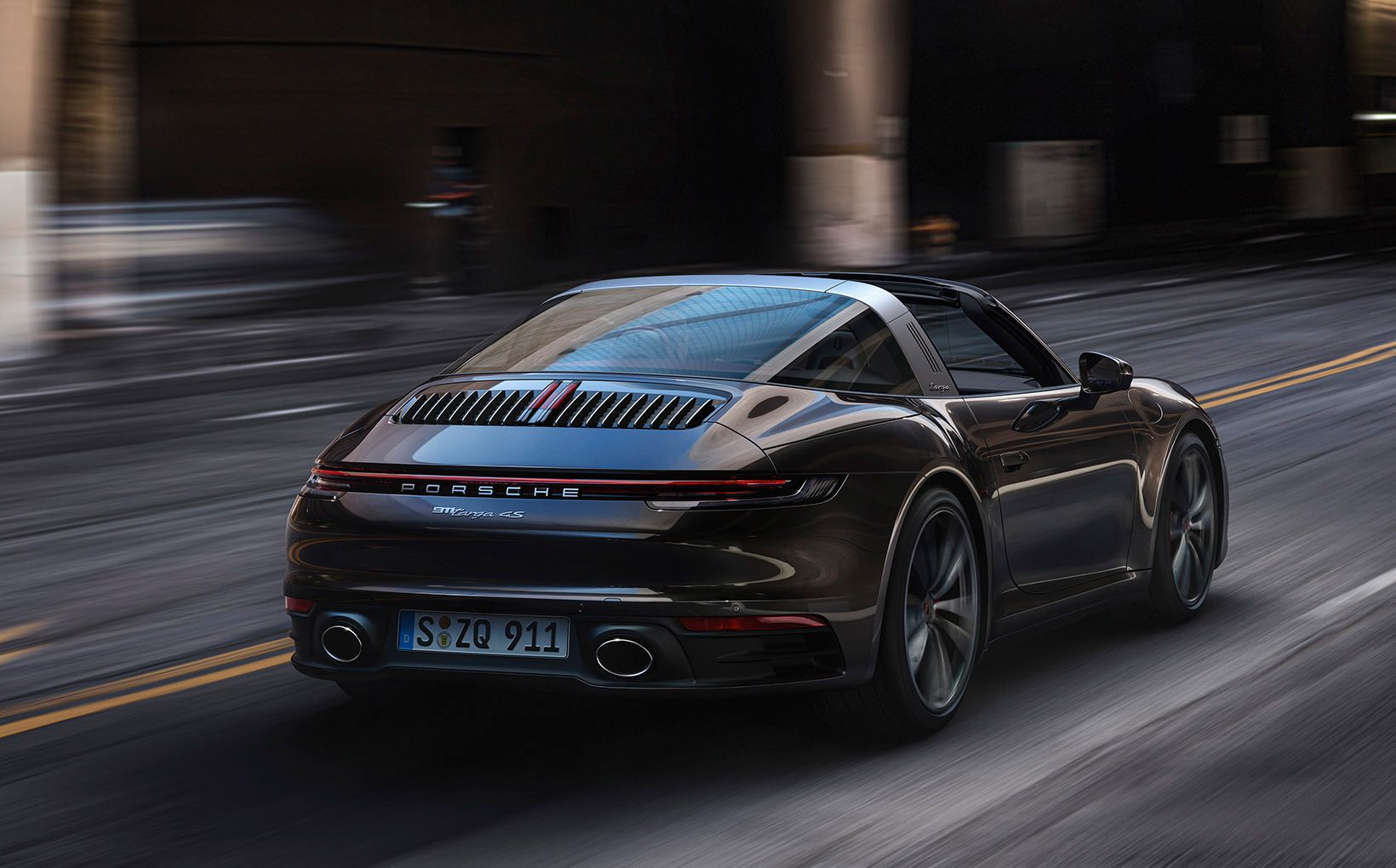 The Targa allows open-top motoring while retaining the sleek profile of a coupe.

Porsche says the Targa roof adds roughly 20kg extra compared to the soft-top cabriolet, and around 70kg over the coupe, meaning the obvious style does come at a (slight) cost to performance.

Like the coupe and cabriolet counterparts, both Targa grades will arrive in Australia underpinned by a 3.0-litre twin-turbo flat six-cylinder engine with two states of tune.

The entry-level Targa 4 will be capable of pumping out 283kW/450Nm, while the 4S steps things up to 331kW/530Nm, with both driving all four wheels via an eight-speed PDK dual-clutch automatic transmission. 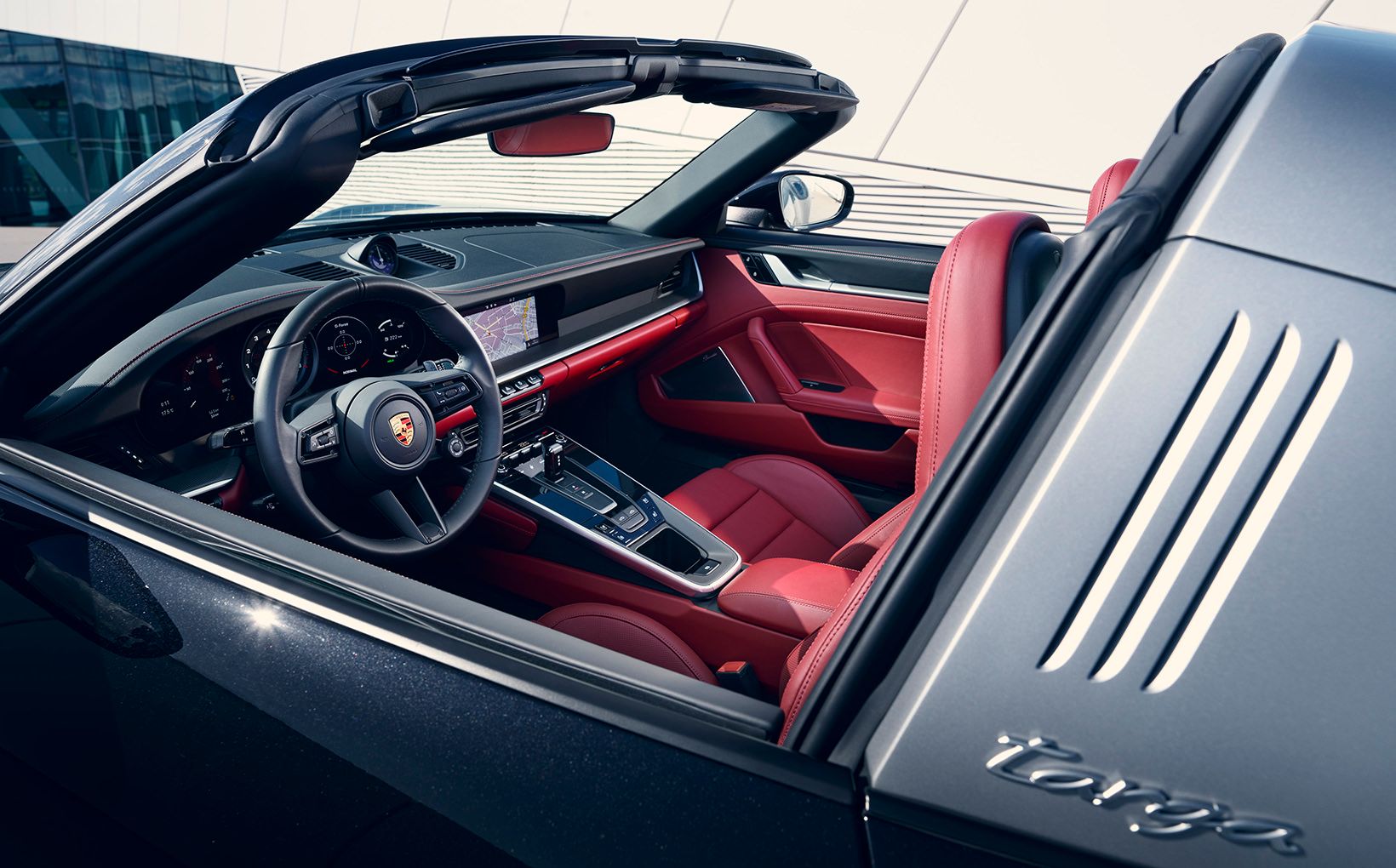 At launch, the most powerful Targa grade will be the 331kW/530Nm Targa 4S.

Porsche has decided to only offer the rear-biased all-wheel-drive Targa, in the new generation, with Porsche AG global 911 model line vice-president Frank-Steffen Walliser saying the decision was made after looking at the previous version’s sales split.

“We have seen in our data that four-wheel drive is important for customers and Targa customers care to fully spec their cars, so definitely on the shopping list would be four-wheel drive so we combined them,” he said to Australian journalists ahead of the Targa’s unveiling.

The Targa 4 is able to mow down the sprint from standstill to 100km/h in just 4.2 seconds with the optional Sport Chrono package fitted – a 0.1s improvement over the old model – while the 4S is even sharper at 3.6s. 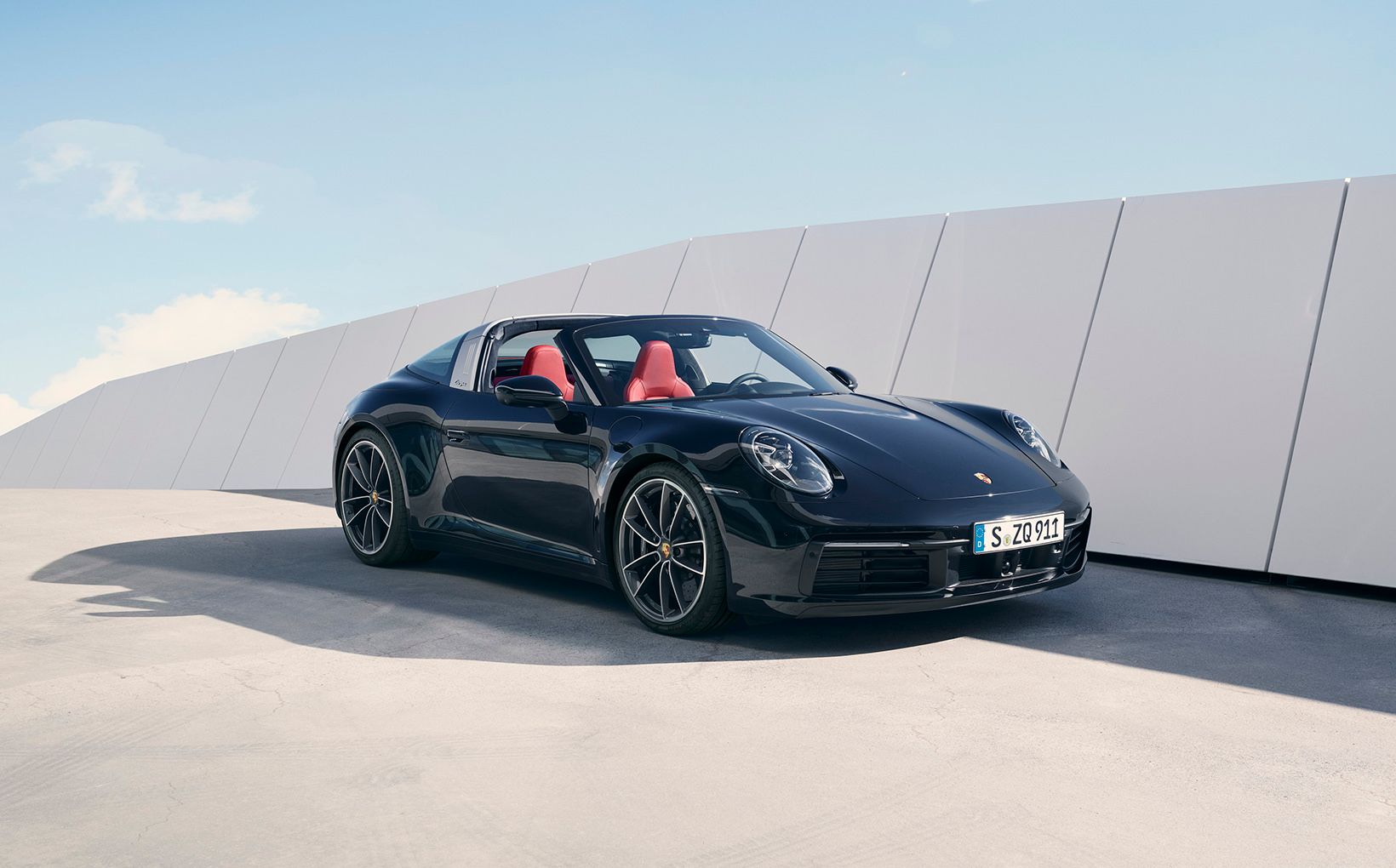 New-generation Targa variants will be offered solely in all-wheel-drive guise.

Top speed comes at a brisk 289km/h for the Targa 4, while the extra oomph of the 4S enables a V-max of 304km/h – just make sure you’re not wearing your favourite hat when trying it out.

The 4S takes things further with an electronic rear locking differential capable of fully variable torque distribution, part of the Porsche torque vectoring plus system which is also an option for the Targa 4. 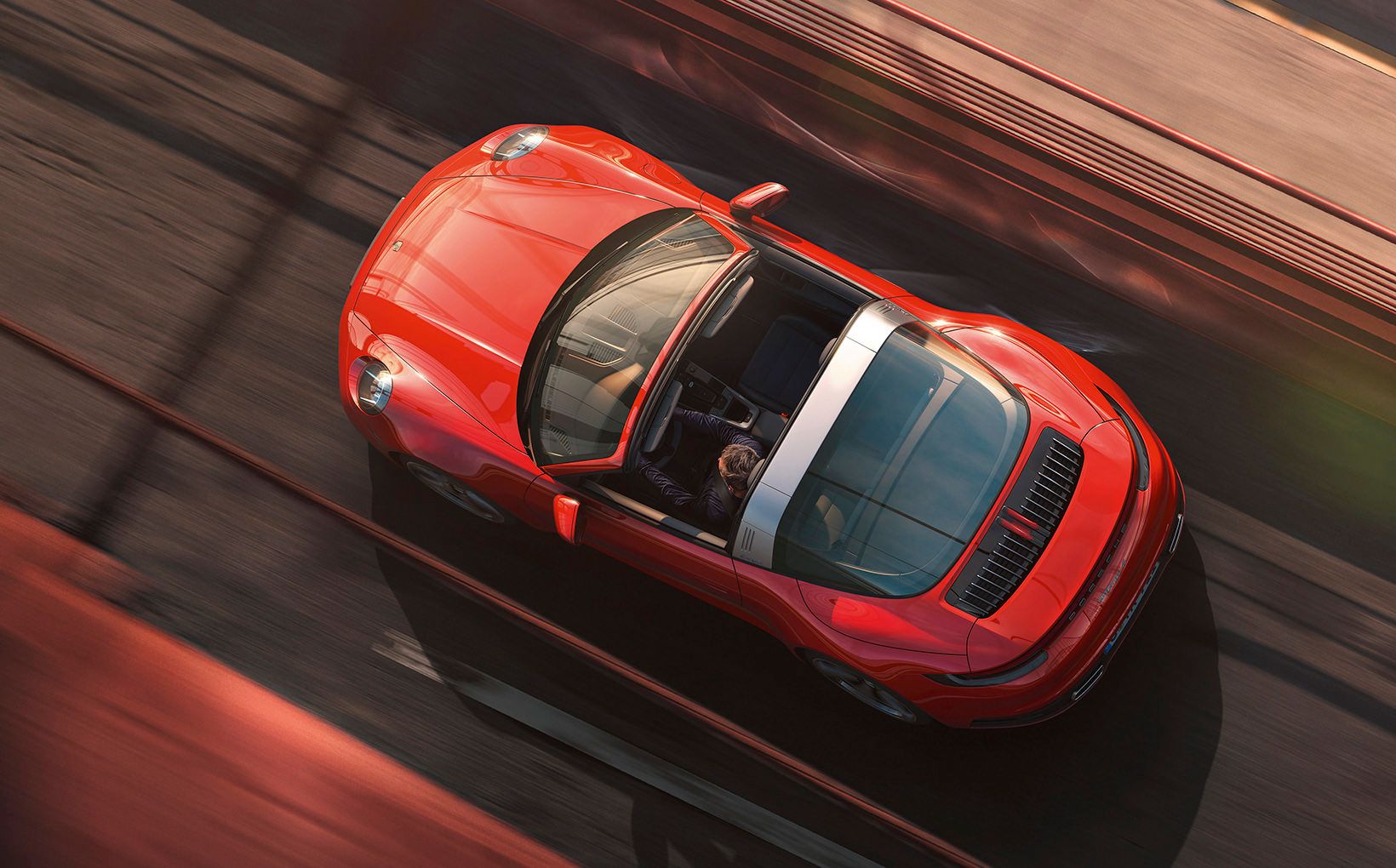 Brisk stopping power is made possible through the use of four-piston callipers and 330mm discs all round for the Targa 4, increasing in size to six-piston front grabbers and 350mm discs for the 4S.

While the 911 range has more tricks up its sleeve including the manic Turbo and Turbo S (the latter of which produces a fearsome 478kW/800Nm) as well as the race-bred GT3, those variants are typically not offered with the Targa roof option. 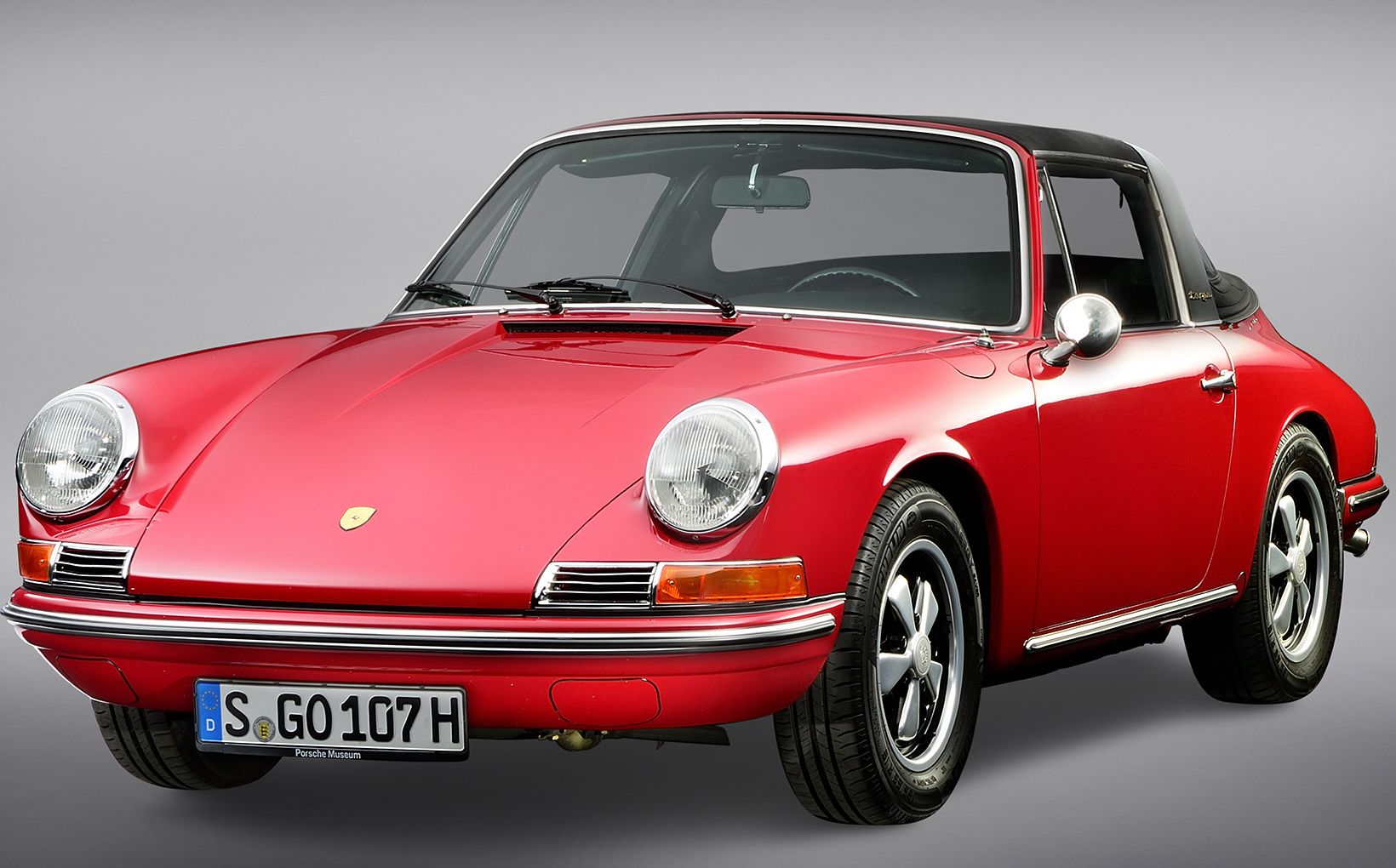 The original 911 Targa was first revealed in 1965, with this particular example from 1967.

In Australia, Targa sales have contributed around half of all all-wheel-drive 911 volume – to compare, only around 20 per cent of all Carrera sales are AWD.

The arrival of the new Targas in September will mark a legacy over 50 years of grin-inducing driving for the nameplate – here’s to 50 more.