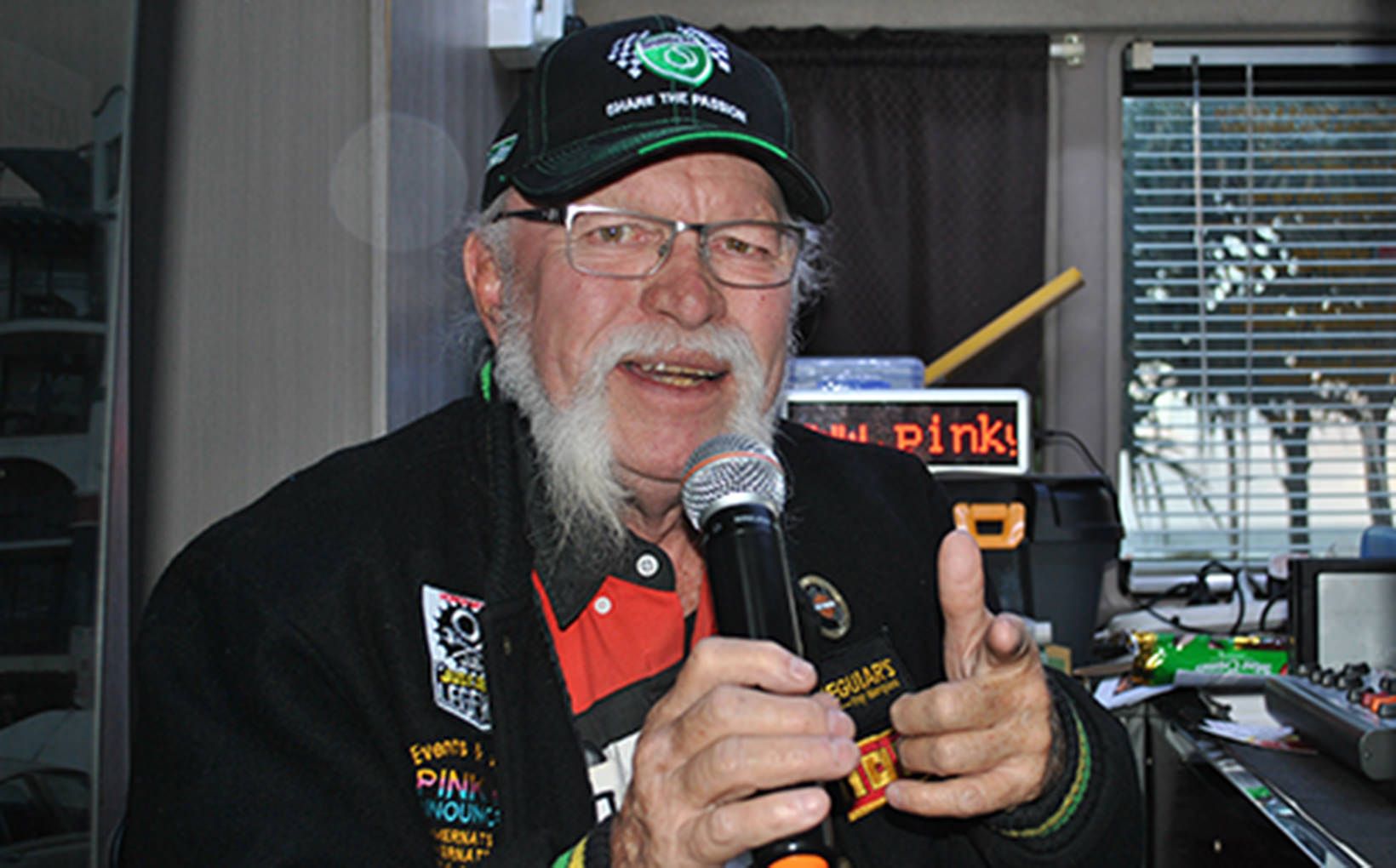 Australia’s hardest-working motoring event announcer, Gordon ‘Pinky’ Fellows, is retiring. Stepping away from the microphone to focus on his health, Pinky’s familiar voice and rockin’ playlists have been wafting across the ovals and pavilions of the Aussie show scene for over 20 years.

The son of a magistrate, Pinky fell into the announcing game on a whim after offering his services to the Easter Street Rod Nationals. With a history in entertainment, radio and a stint on Channel 9’s Super Flying Fun Show, plus an appreciation for all things motoring, it was a natural fit.

Although a Ford man at heart, young Gordon saw no problems in cheekily ‘borrowing’ his father’s FJ Holden for midnight runs to Brickies, before embarking on a more legitimate racing career on two wheels at Liverpool Speedway. 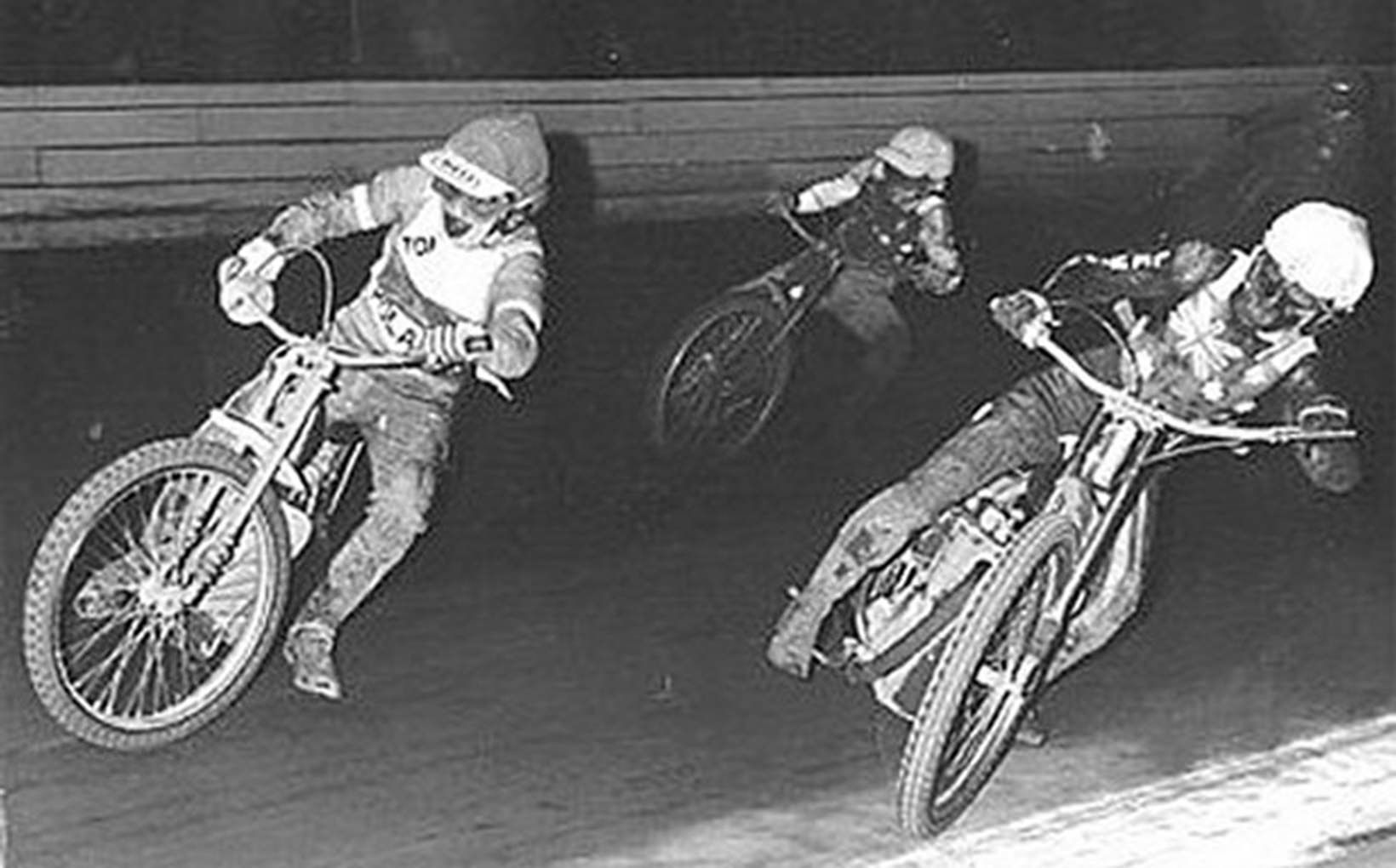 Pinky in action at Liverpool Speedway, 1973

But the man himself admitted his skillset was better suited to the microphone than the motorbike. Always a fair spruiker, he made it a point to learn sponsor's products and ensured he tuned his delivery to suit the promotor. Whether that was hyping the crowd against the racket of a dyno comp or chilling in the relaxed vibe of a caravan and camping show.

Pinky’s range and versatility saw him attract the attention of Shannons Insurance and CIL. Both brands became synonymous with the man as he travelled year after year, show after show. His trusty caravan, which included his accommodation, announcer’s booth and mixing desk, clocked up around 80,000kms per year behind his 351ci V8-powered XD Falcon wagon. 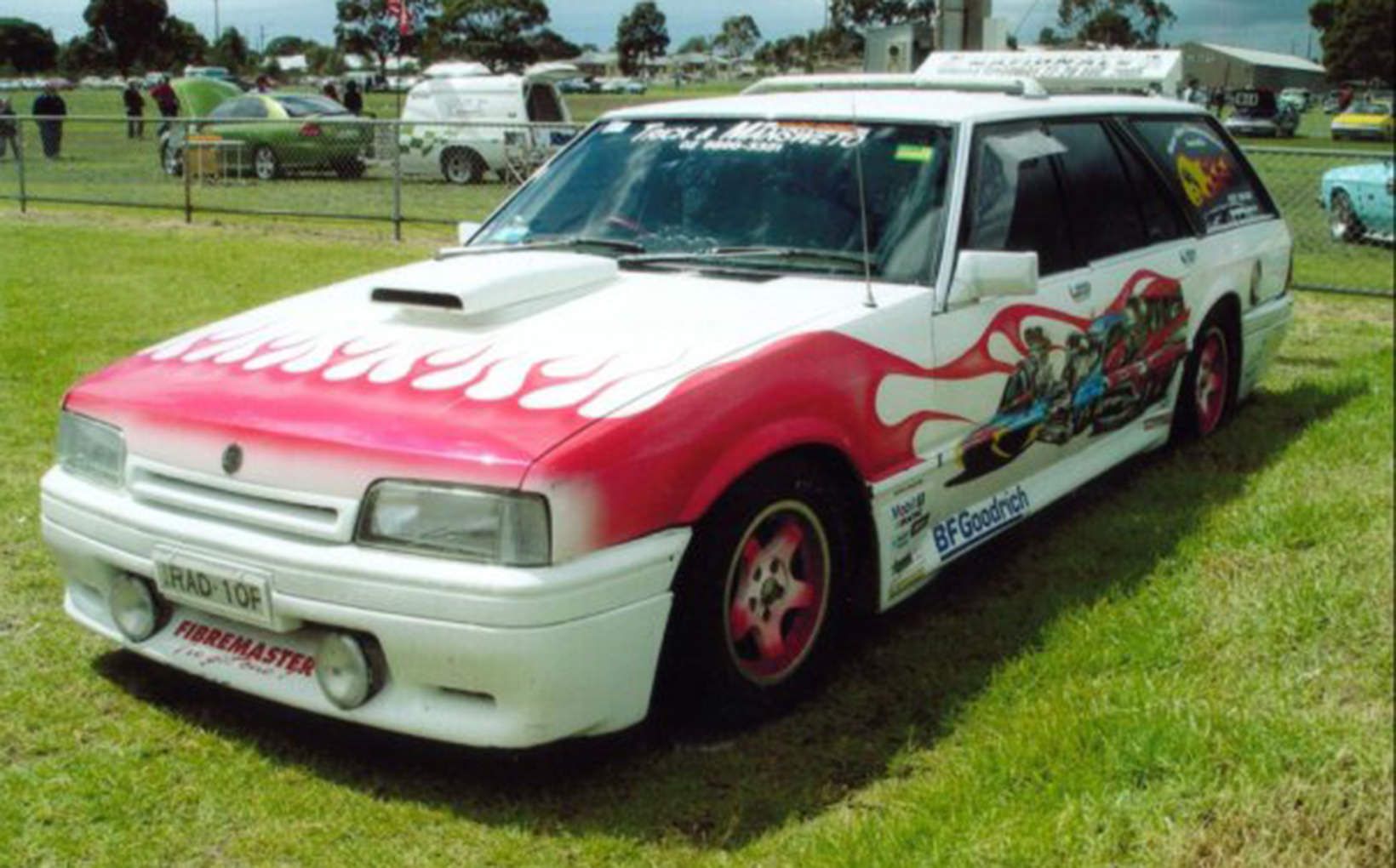 Boasting a one hundred percent re-booking rate, Pinky was able to update to a minibus, then to a newer Toyota Coaster, bringing his tools of the trade into the one, purpose-built machine. Emblazoned with Shannons and CIL signage, Pinky’s Coaster became ubiquitous with a quality auto show. Promoters wanted him there, as did we; he simply made a great show even better. 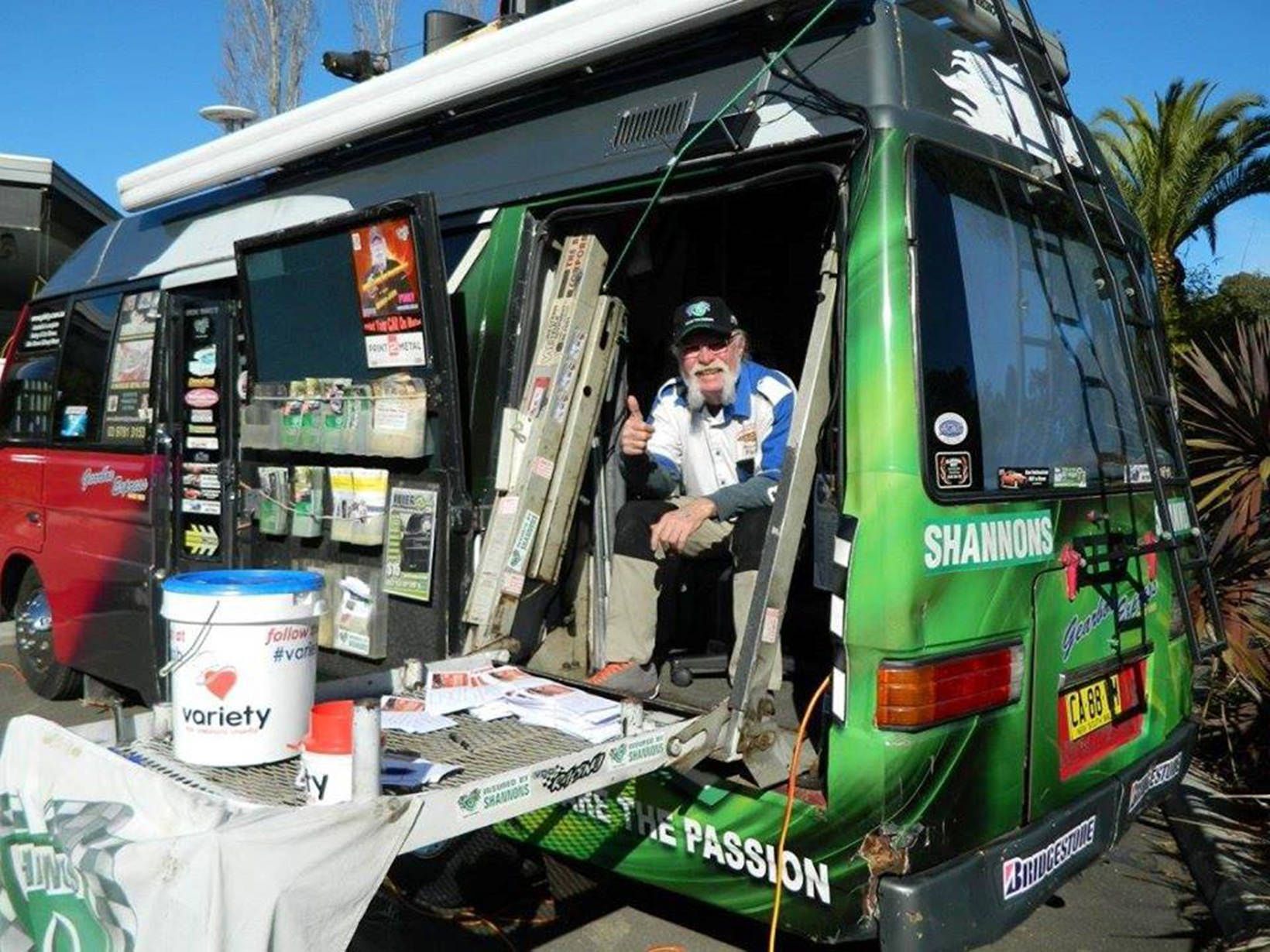 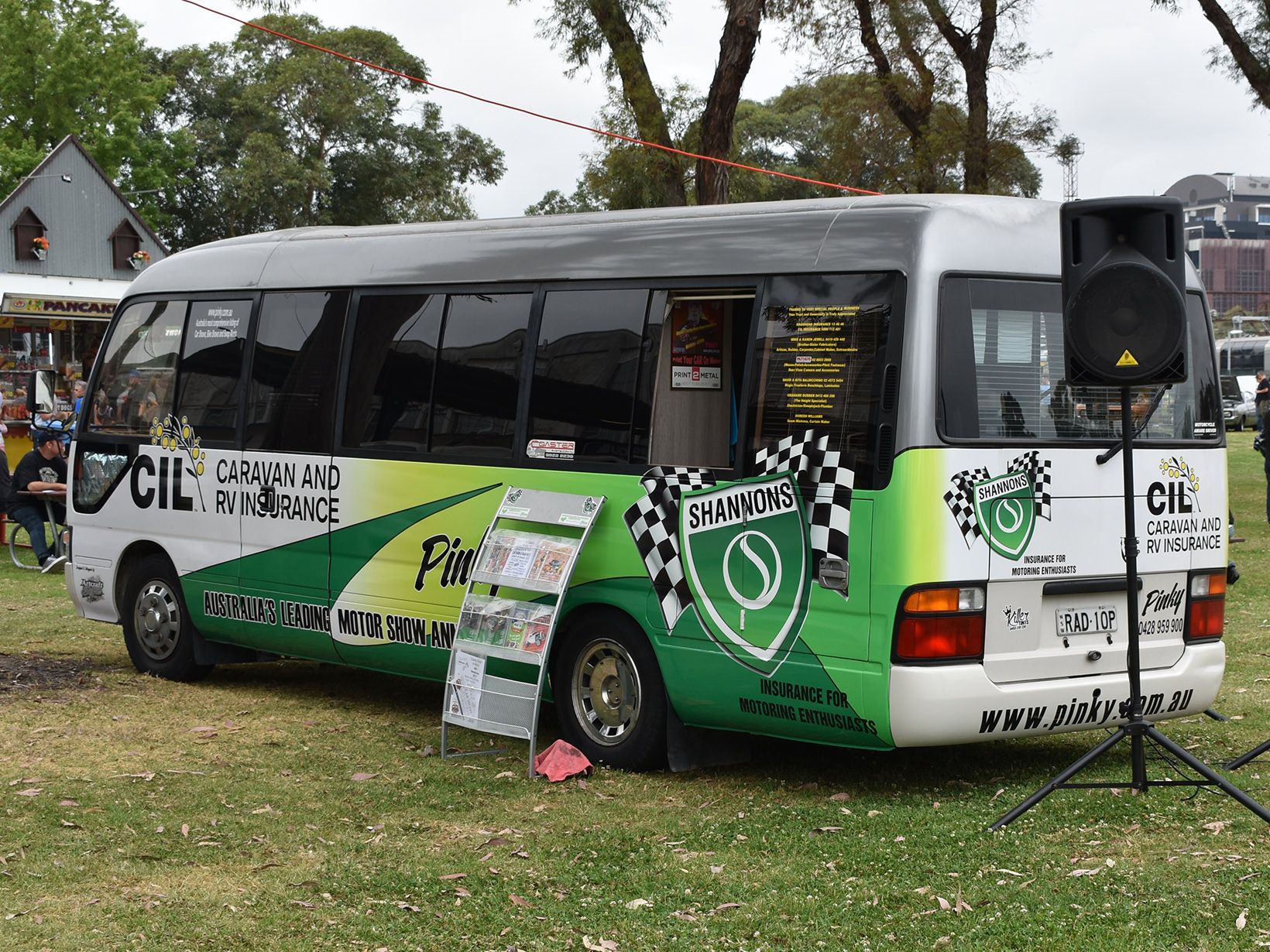 With the XD decidedly aged, Pinky moved to an older-model minibus (top) before upgrading to a newer Toyota Coaster. He had the inside fully decked out to meet his requirements, including camping facilities and mixing desk.

The show goers and event organisers whom Pinky counted as friends were able to give back in 2012, when they banded together to create an auto show to benefit Bowel Cancer Australia. It was not Pinky who suffered the disease, but his daughter Jackie, who sadly succumbed to the illness.

Now with his own health battles to fight, Pinky is hanging up the mic for good. He enters this next phase supported by his son, Billy-Joe and the thousands of people he touched during his two decades at the forefront of Australia’s event scene.

The Shannons team wish him the best for his retirement and we thank him, from the bottom of our collective hearts, for his support of our brand and the wider motoring enthusiast community in Australia. Safe travels, Pinky.