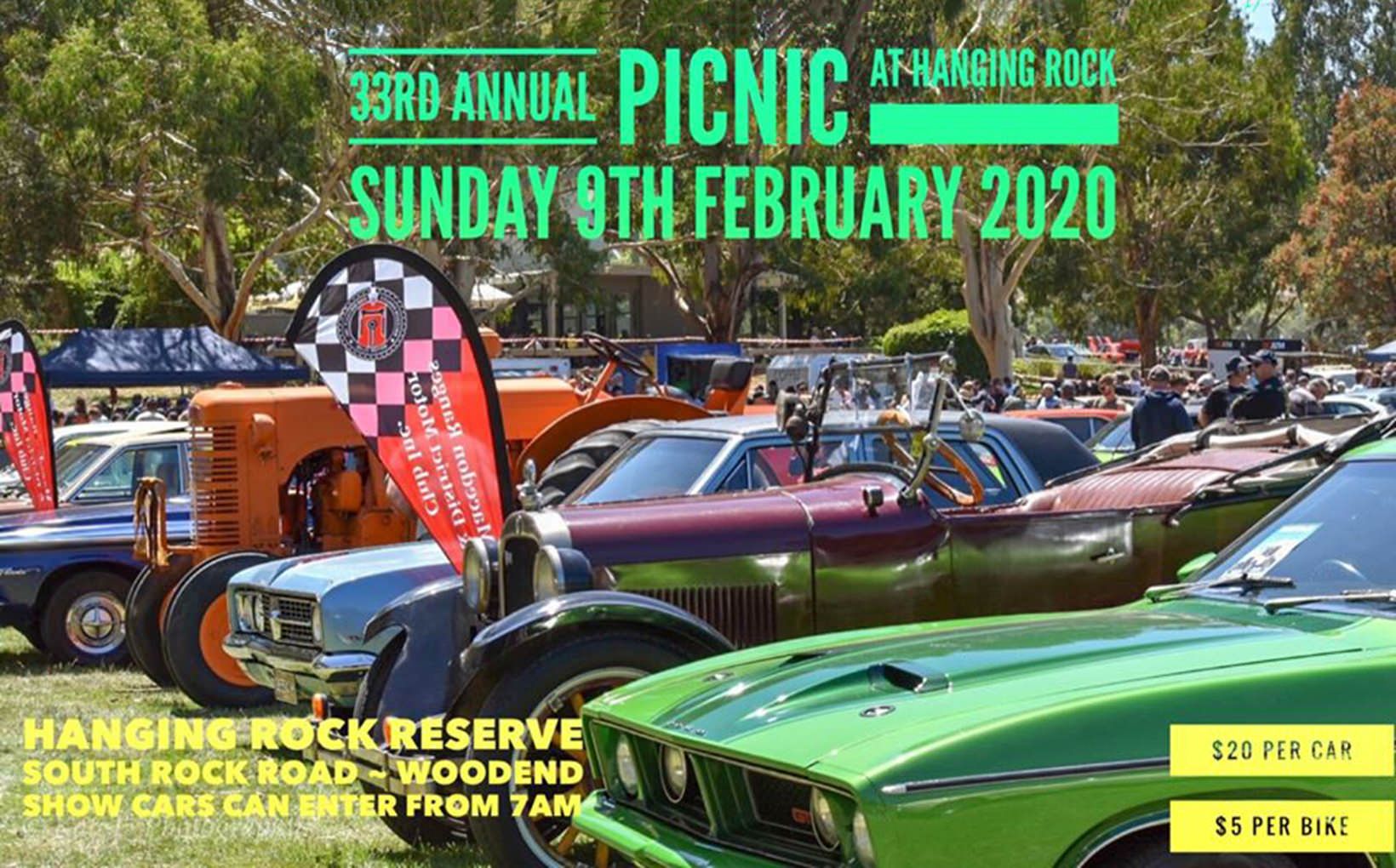 Beautiful weather returned to the Macedon Ranges for the 33rd annual Picnic at Hanging Rock motoring festival. Held on Sunday 9 February, the warm weather brought plenty of classics out of the woodwork to fill the reserve at Woodend.

Organiser Graham Williams has seen plenty of similar events appear over the 11 years he’s been running Hanging Rock and is pleased that the attendance numbers have remained consistent. “We had 1750 classics on the day and a similar amount of cars in the car park,” he said, citing that the show was well attended by spectators and participants alike. 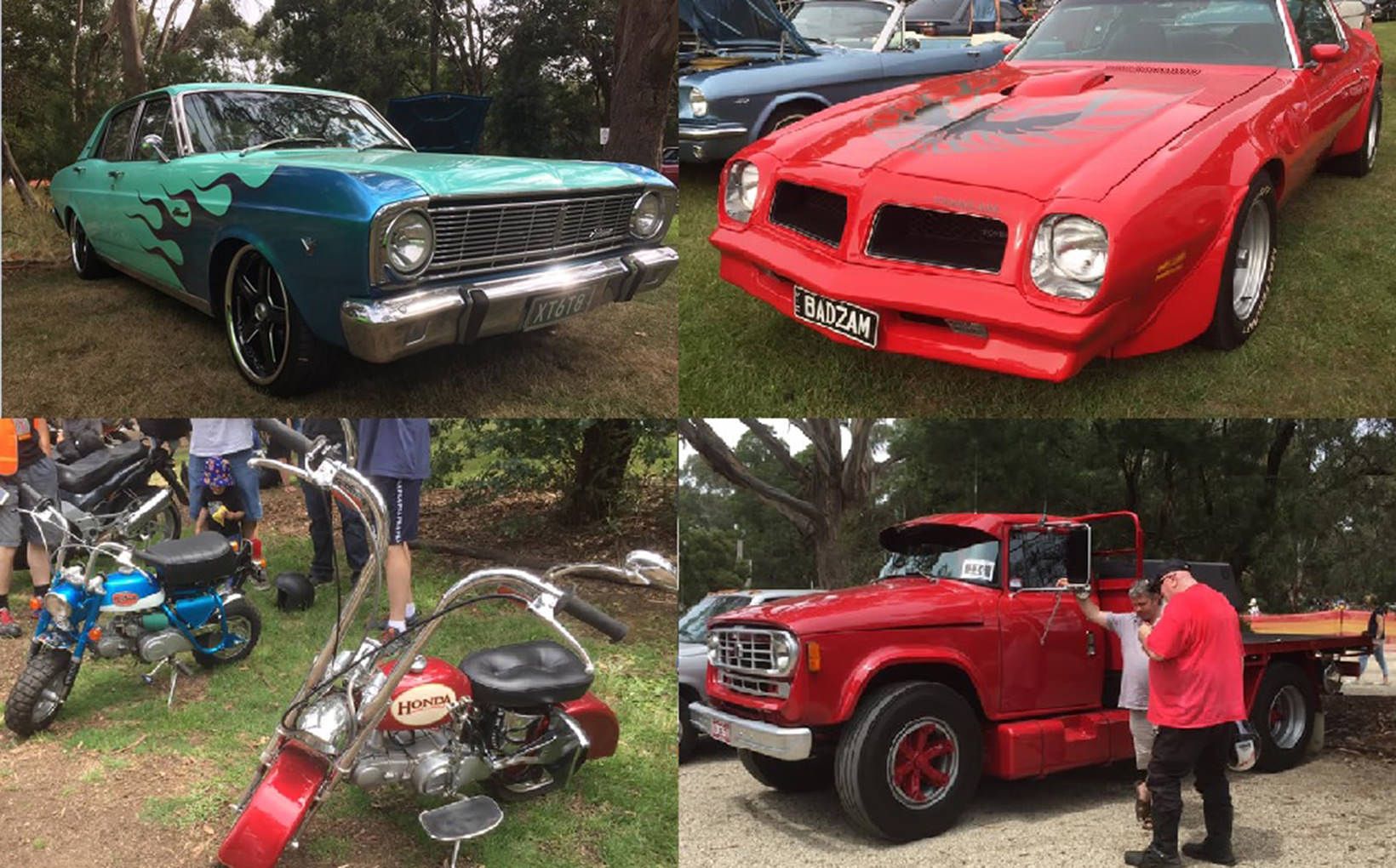 Even so, Graham’s philosophy on attending events, whether they be at Hanging Rock or otherwise, is refreshingly holistic. “I don’t get hung up on people ignoring this event for another one. I’m just happy that they’re getting out in their classic cars!’

Those that did make the drive up to the Macedon Ranges were eligible for a crack at the trophies, sponsored by Shannons, Rare Spares and Bowden’s Own car care products. “I’m particularly proud of the trophies. Each one includes a timber base on top of which sits a car part, so they are all unique,” Graham says. “The Sunbury and Gisborne Men’s shed put them together for us, so I owe them a big ‘thank you’.” 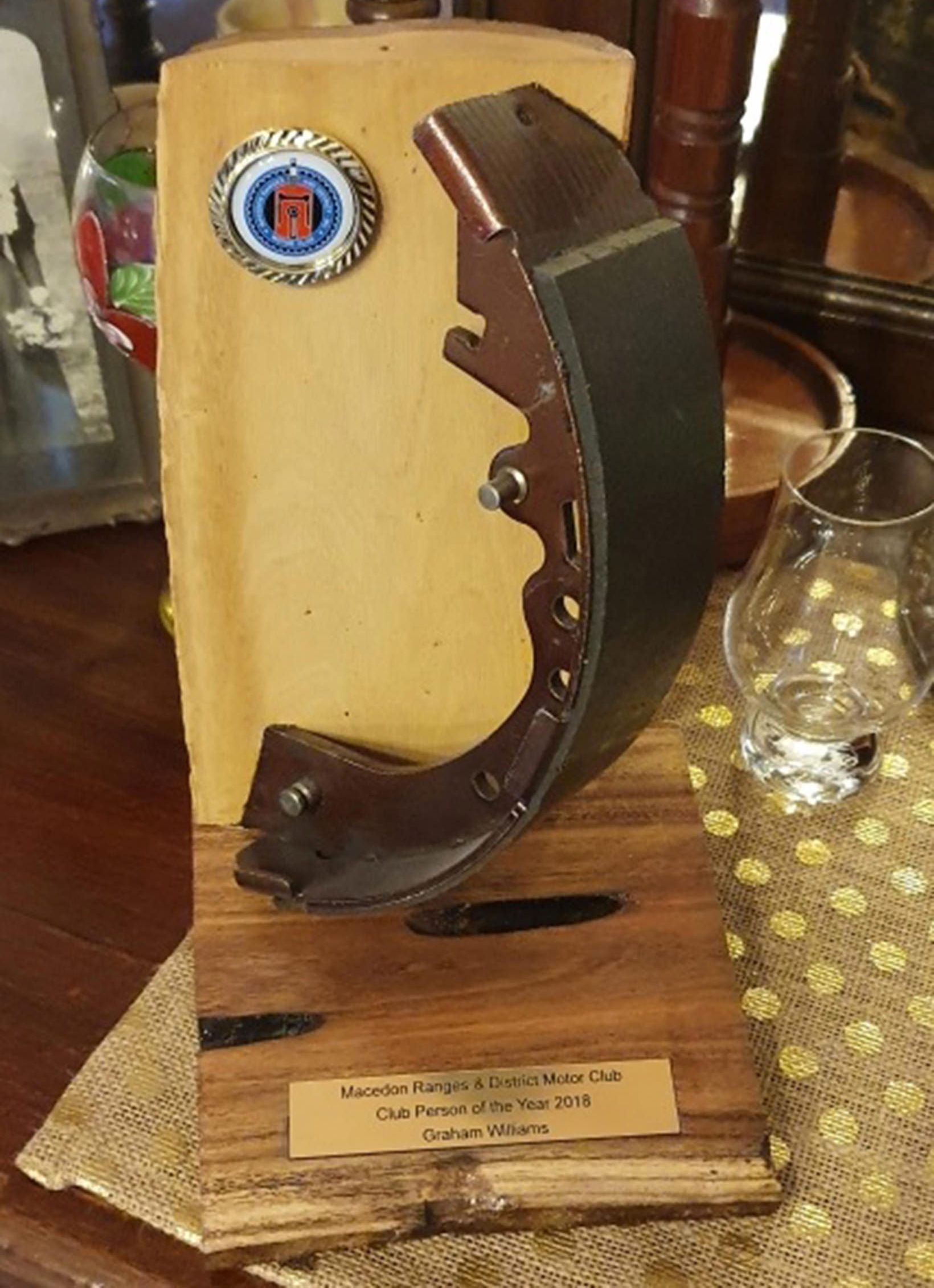 Out on the oval, Shannons brand ambassador Jim Richards brought along the AMC Javelin he campaigned in the 2015 Touring Car Masters series. Setting up camp in the shade of the Super Rig, the seven-times Bathurst winner shared memories and laughs with the thousands of visitors, verifying just how ‘Gentleman’ Jim earned his nickname. 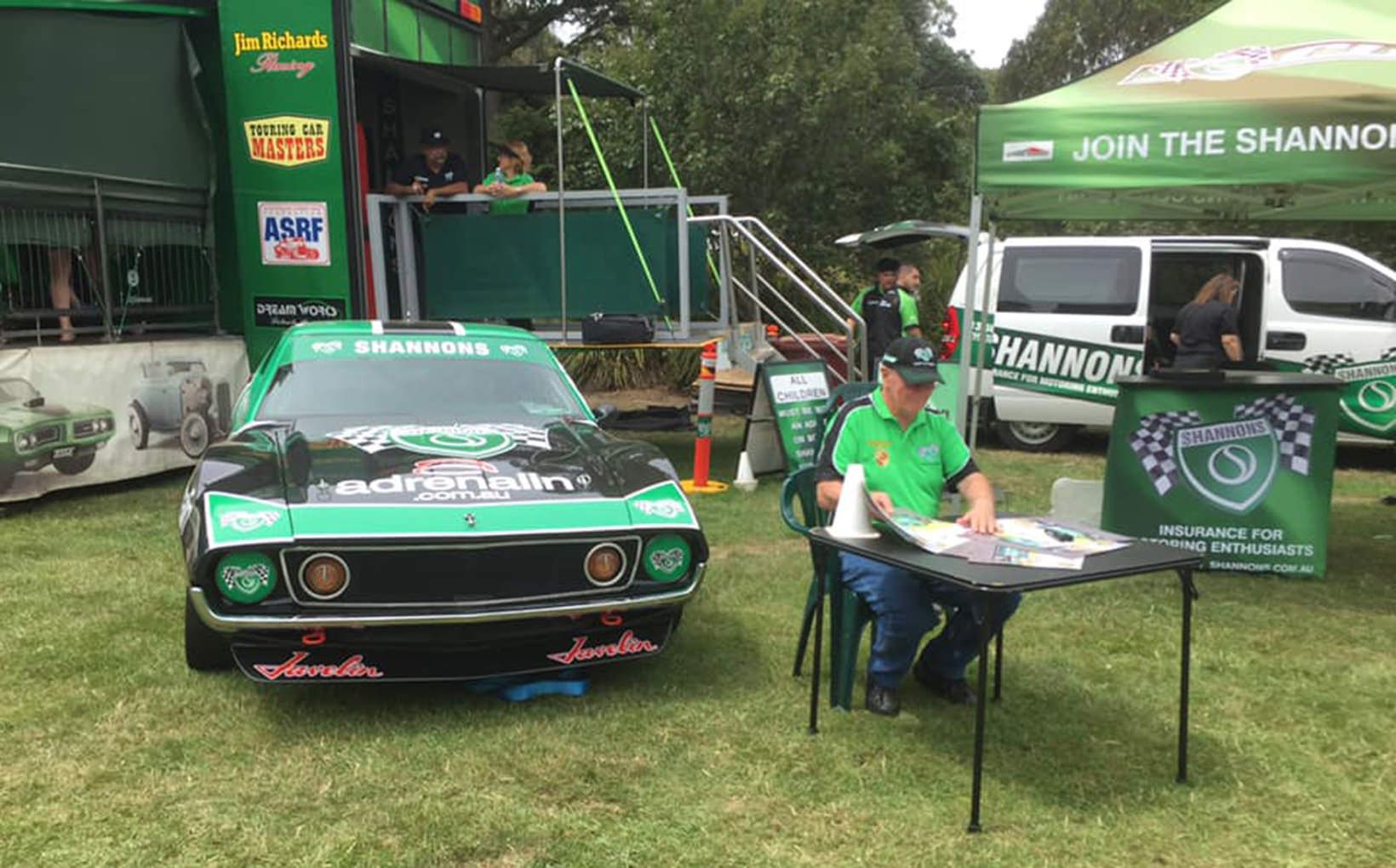 In an event with such variety, scope and size, there were plenty of highlights, so we thought we’d share a few beauties in no specific order. 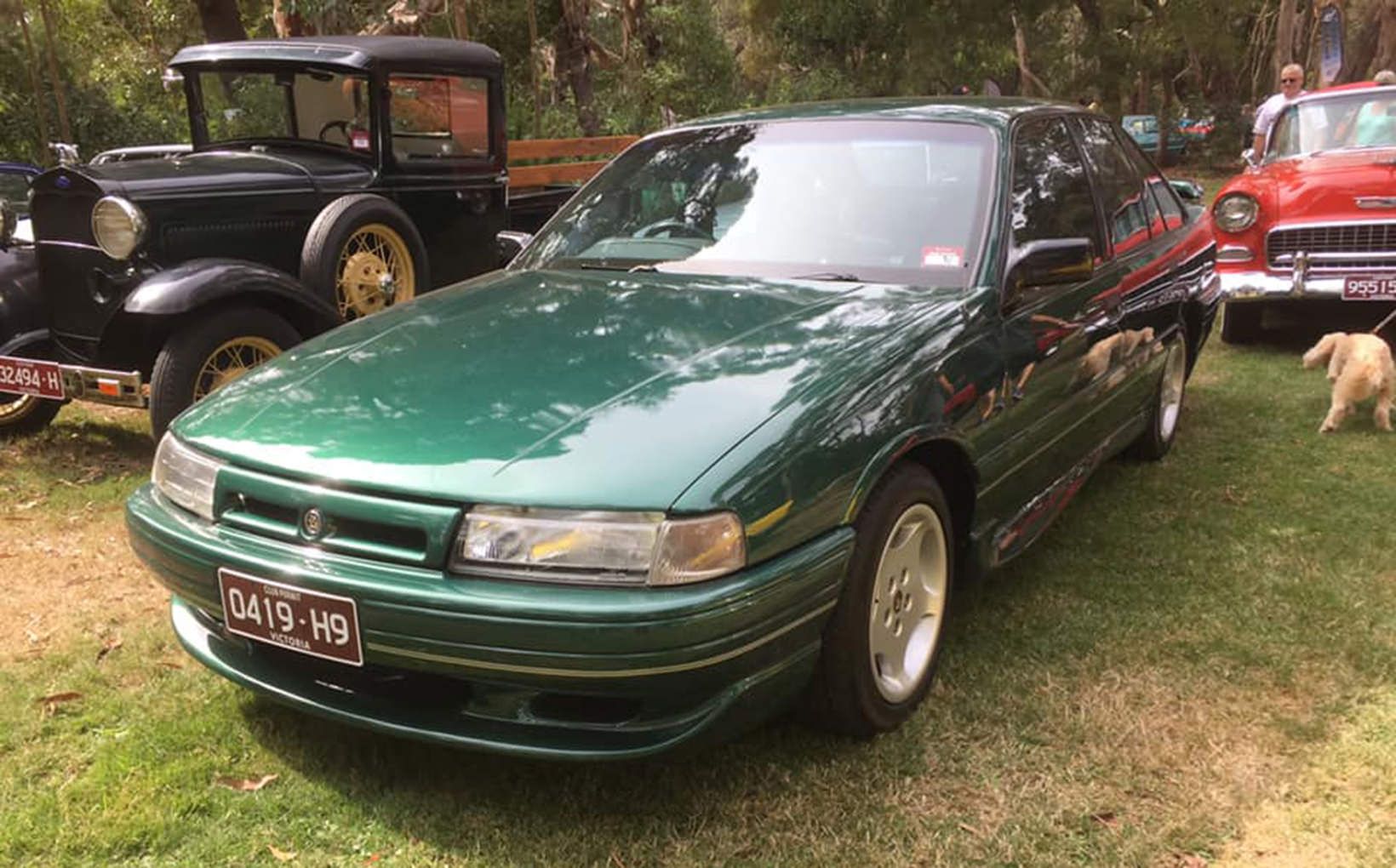 One of just 359 built, the VN-based SV5000 was released in September 1989, making it one of HSV’s first models. All SV5000s ran a 200kw Holden V8, backed by GM’s HydraMatic Turbo 700 four-speed auto. Although only 60 were made in Rose Grey, it was this SV Racing Green example that caught our attention. 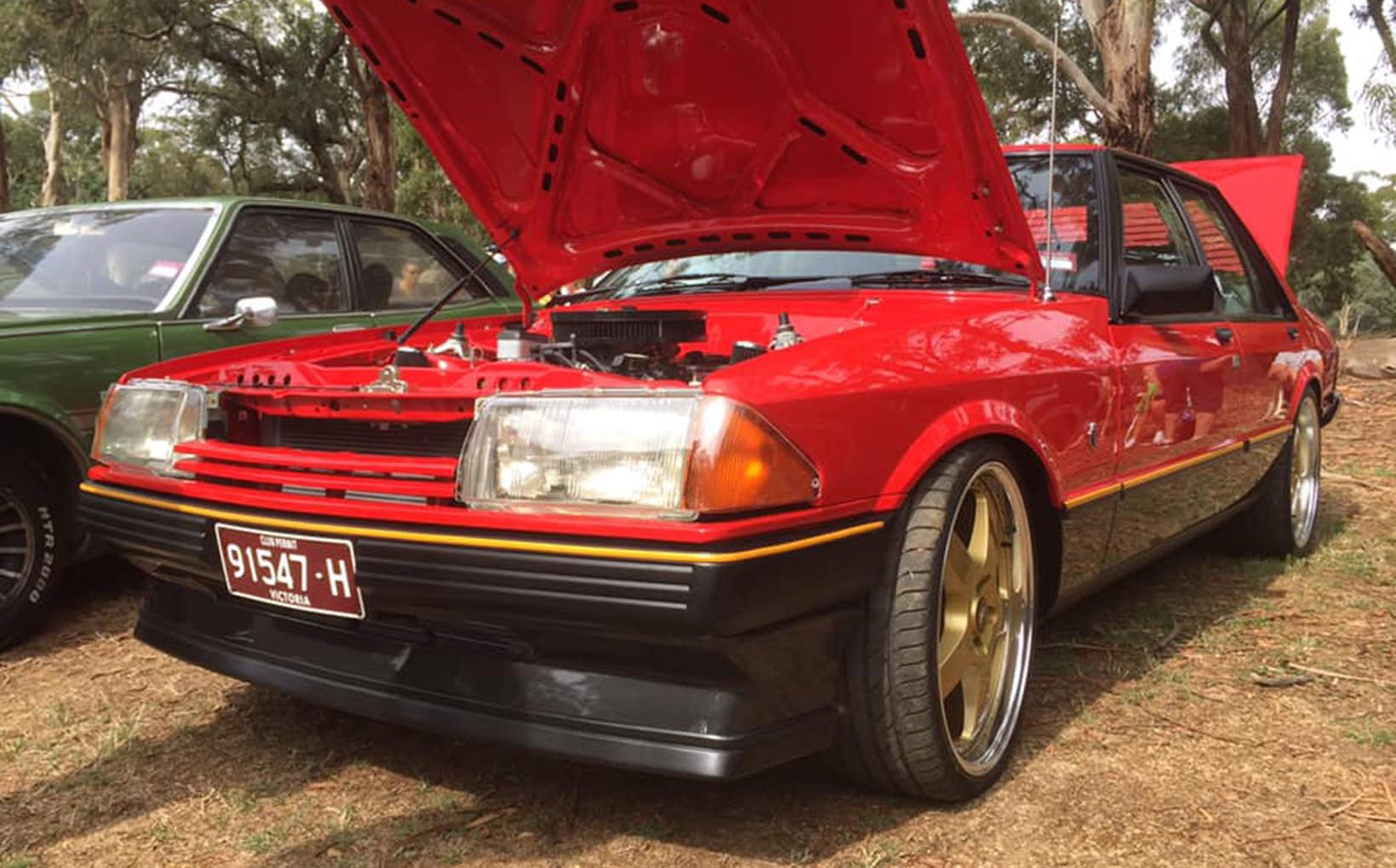 With the original Falcon GT discontinued in the late 1970s, the Falcon ESP was, in theory, created to fill the gap in Ford’s performance line up. Until recently, collectors and enthusiasts really didn’t buy into that concept and many ESPs became unloved and unwanted. Now that they have come into their own as a collectible Aussie muscle car, values have skyrocketed accordingly. 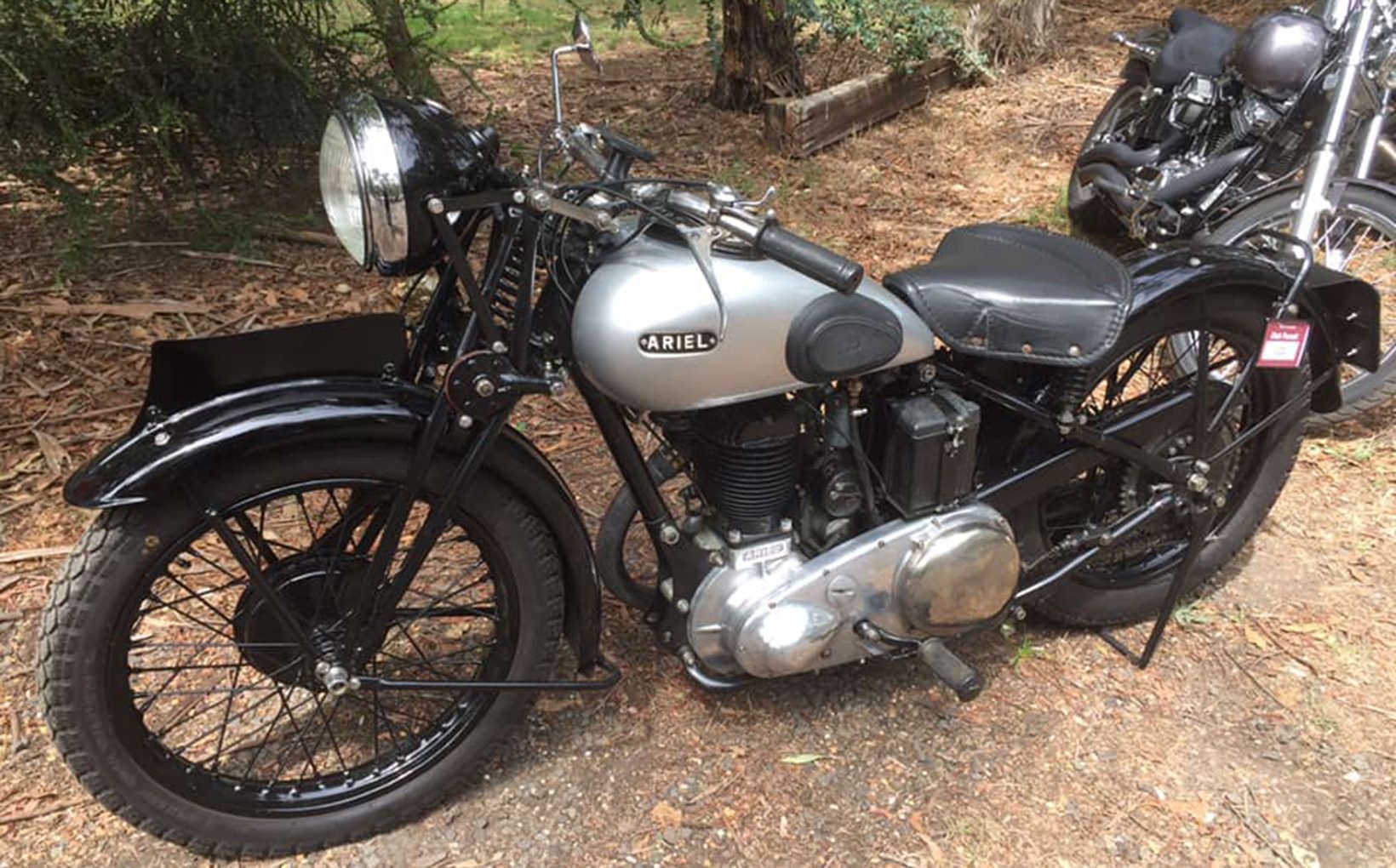 This Ariel two-stroke single showcases many of the hallmarks of a bygone biking era, including springer front end, solid rear and pre-unit construction. Bolting the crankcase, primary case and gearbox together brought with it weight and packaging challenges. Technical advances in the 1950s allowed manufacturers to develop engines and gearboxes that shared the same, single casing across the gearbox. 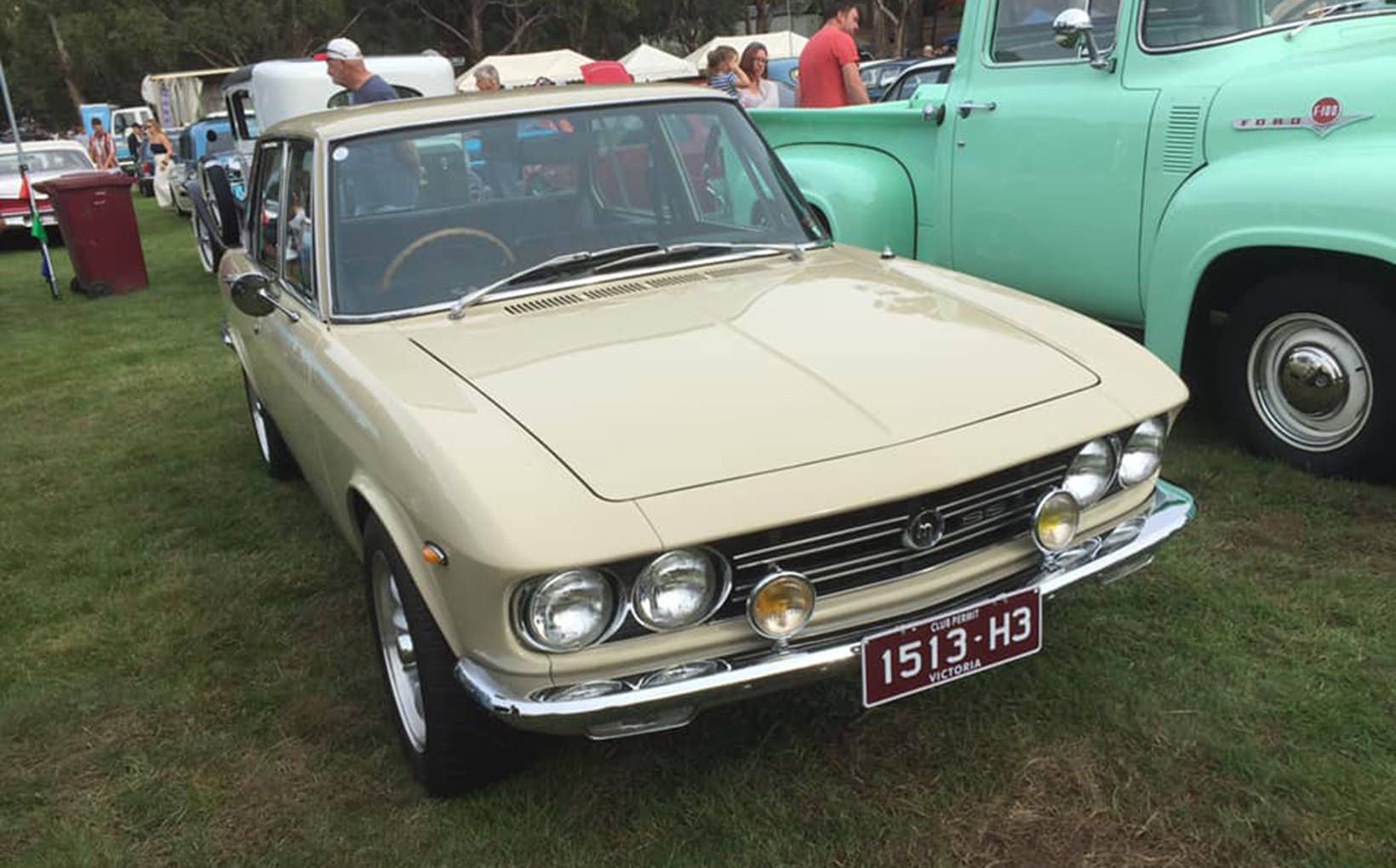 The Mazda 1500 was once a familiar sight on Australian roads, but how often do you see them now? Designed by Giugiaro, then of Bertone in Italy, the stylish sedan helped forge Mazda’s reputation for quality, something their Rotary-powered ventures tended to undermine! The car pictured at Hanging Rock purports to be the extra-rare 1500 SS which boosted the Mazda’s modest power output by adding a twin carburettor induction setup. 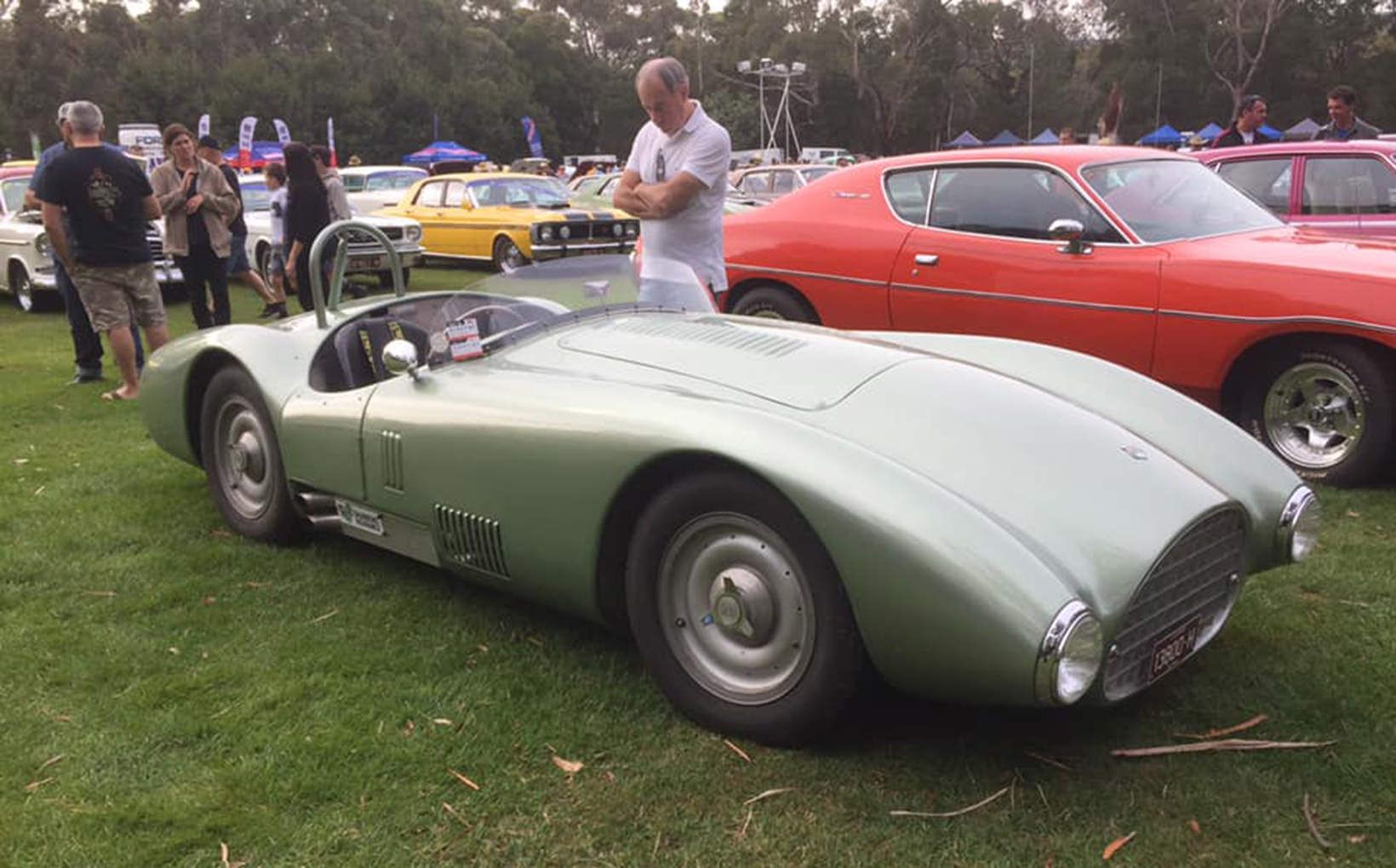 Formula 3 race car builder Cyril Kieft only built one DeSoto-powered sports car but had plans to produce two more. This recreation uses the actual suspension components and wheels that were scheduled for the second car, plus lots of period-correct parts. Restorer/recreator Bill Morris had trouble finding a 276ci DeSoto motor until one popped up on eBay in Melbourne. Money well spent; event organiser Graham Williams observed it entering the grounds, commenting, “It’s got a bark like you wouldn’t believe. It’s a brilliant car.” 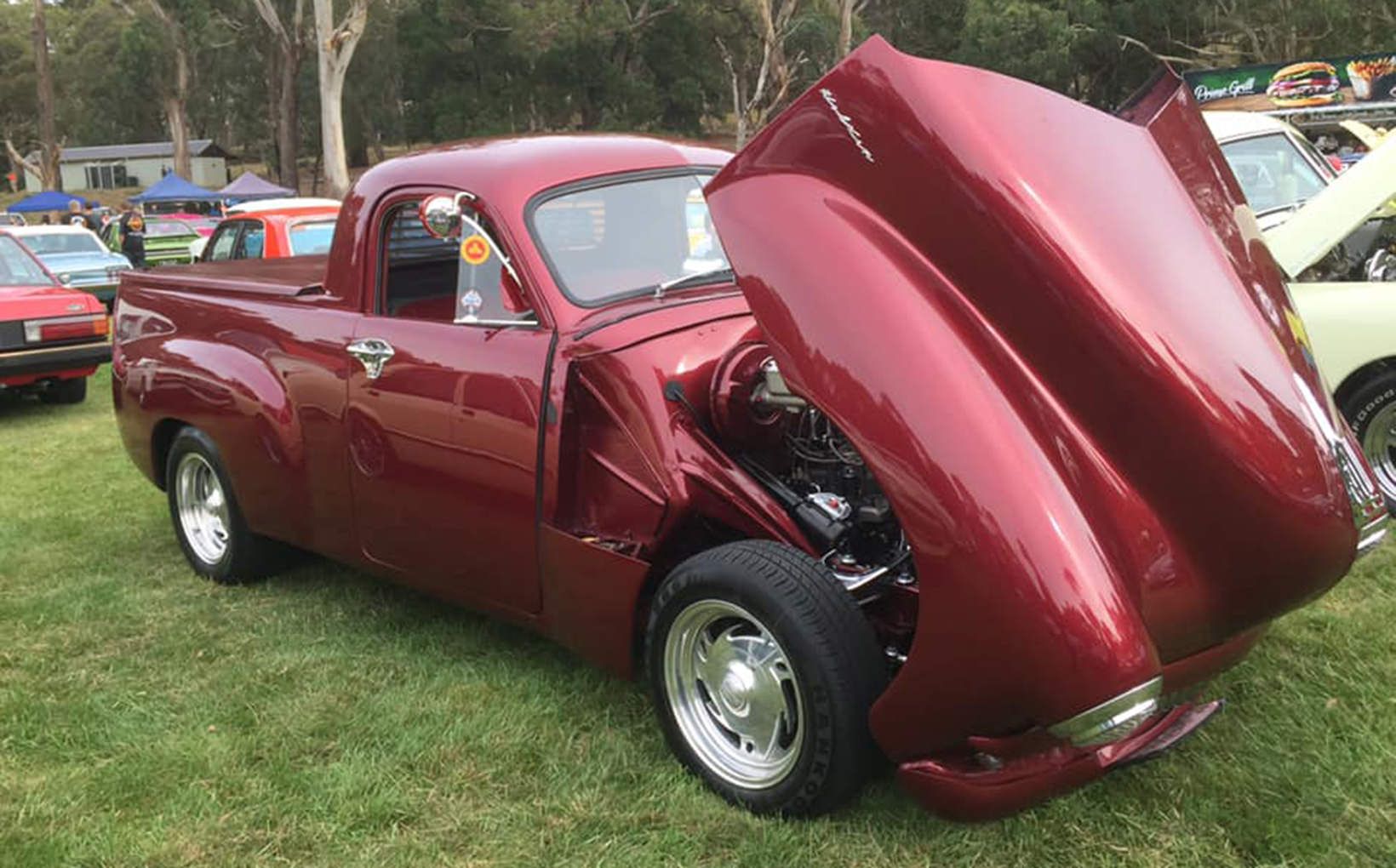 Flip-fronts used to be a favourite of customisers both here and in the States and while it’s not an easy job the results speak for themselves. This FJ ute looks like a true 90s street machining survivor, runs a Holden ‘red’ six and sits on a set of Centreline billet alloys.

With another successful Picnic at Hanging Rock over with, organisers can take a quick breather before looking towards the next one in 2021. As always, it’s a great day out on a reserve filled with the coolest cars on the road and is well worth the look or if you’ve got something in the shed, dust it off and get up there. It will be held on Sunday 14 February 2021 so there will be no greater way to spend Valentine’s Day.