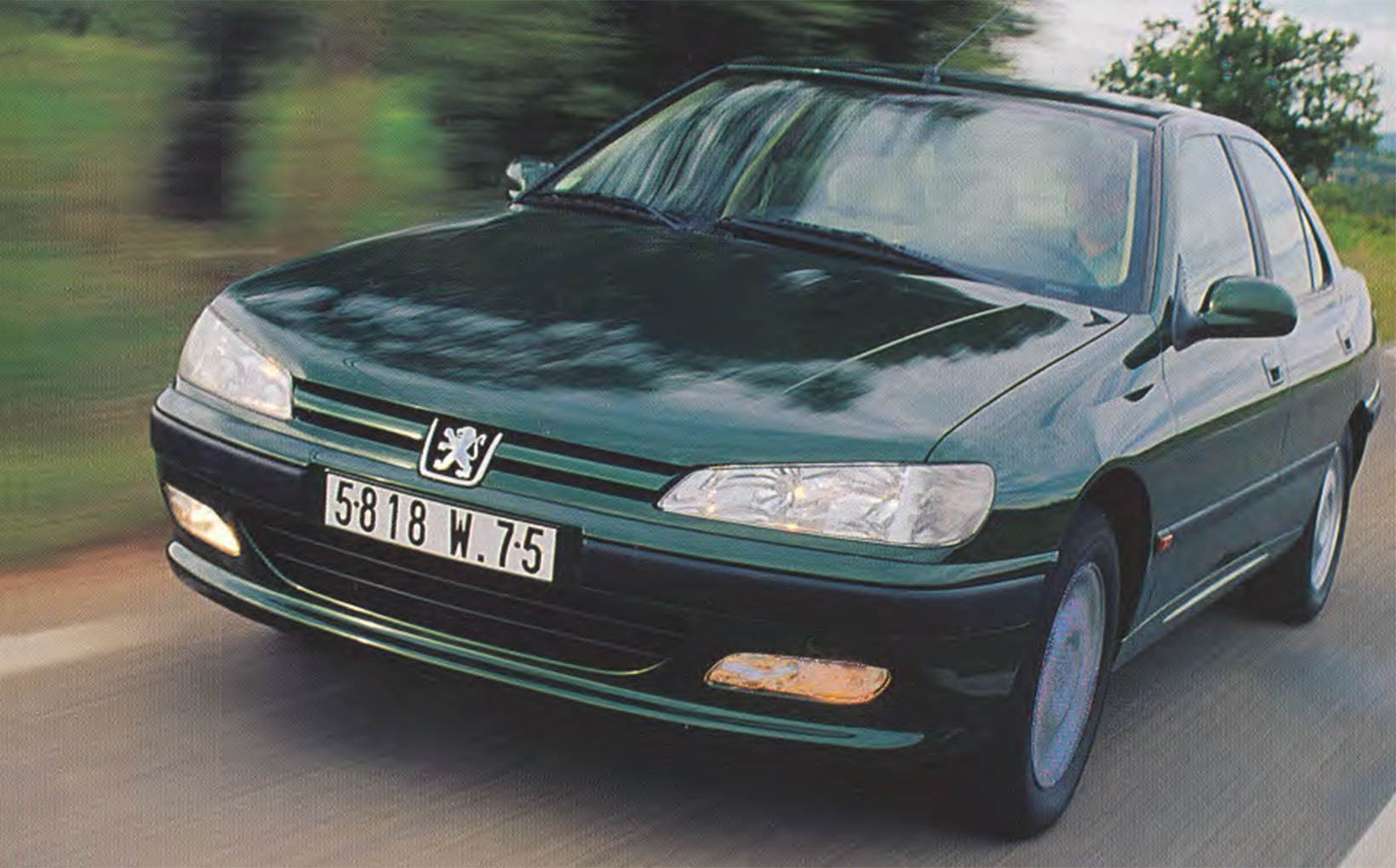 Coincidentally, the day I first discovered Peugeot's new 406 was a fine car, the French began exploding nuclear weapons in the South Pacific. To prove I'm not biased, I still think the 406 deserves to succeed. Yet who dares predict how it will sell in Australia if the French continue their testing? Will the backlash mean the planned February /March Australian launch is delayed? Not according to Peugeot boss Jacques Calvert, though I have my doubts.

When it reaches Australia, you'll quickly see the successor to the eight-year-old 405 is pure Peugeot and potentially a real rival for Camry, Magna and of course, Europeans like Mondeo and Laguna.

But the Peugeot's elegant styling makes it look half a class bigger than its European competitors, contradicting the tape measure that shows that 406, Mondeo and Laguna are actually extremely close in external dimensions. This visual impression provides an accurate guide to the underlying character of the 406. The classic three-box design - there's no hatchback variant planned, but there will be a wagon and later a Pininfarina-styled and built coupe - helps give the 406 a substantial, understated, even exclusive look.

In its deliberate restraint, the 406 consciously avoids the popular, increasingly cliched, soft shapes of Mondeo, Laguna, Camry and 626. Yes, the resemblance to the 605 and 405 is all too obvious, but the Peugeot is still crafted a beautifully proportioned, classy sedan.

The Peugeot's maturity goes beyond the exterior shape and is, if anything, even more evident in the conservative design of the interior. Not surprising, then, to find that's exactly the way the 406 drives. Refinement in every aspect of the car's behaviour seems to have been the engineers' overwhelming priority. No wonder, given the much-needed improvement in build quality, and the 147mm increase in length and 51 mm in width, the 406 weighs 185kg more than its predecessor.

Yet Peugeot insists the 406 will compete head-to-head in Europe with the Mondeo on price and range, in offering four levels of trim, two new 1.8 and 2.0 litre 16v petrol engines and two turbo diesel engines. And next year, to match the opposition, there's a new 127kW 2.4 V6.

The 406's 2.0 litre engine conforms to the increasingly similar European norm for such engines. Virtually every European manufacturer has an engine that almost exactly duplicates the Peugeot's 97kW at 5500rpm and 180Nm at 4200rpm. Today, four valves per cylinder are de rigueur in the class and the Peugeot's power output is identical to the Ford Mondeo's. 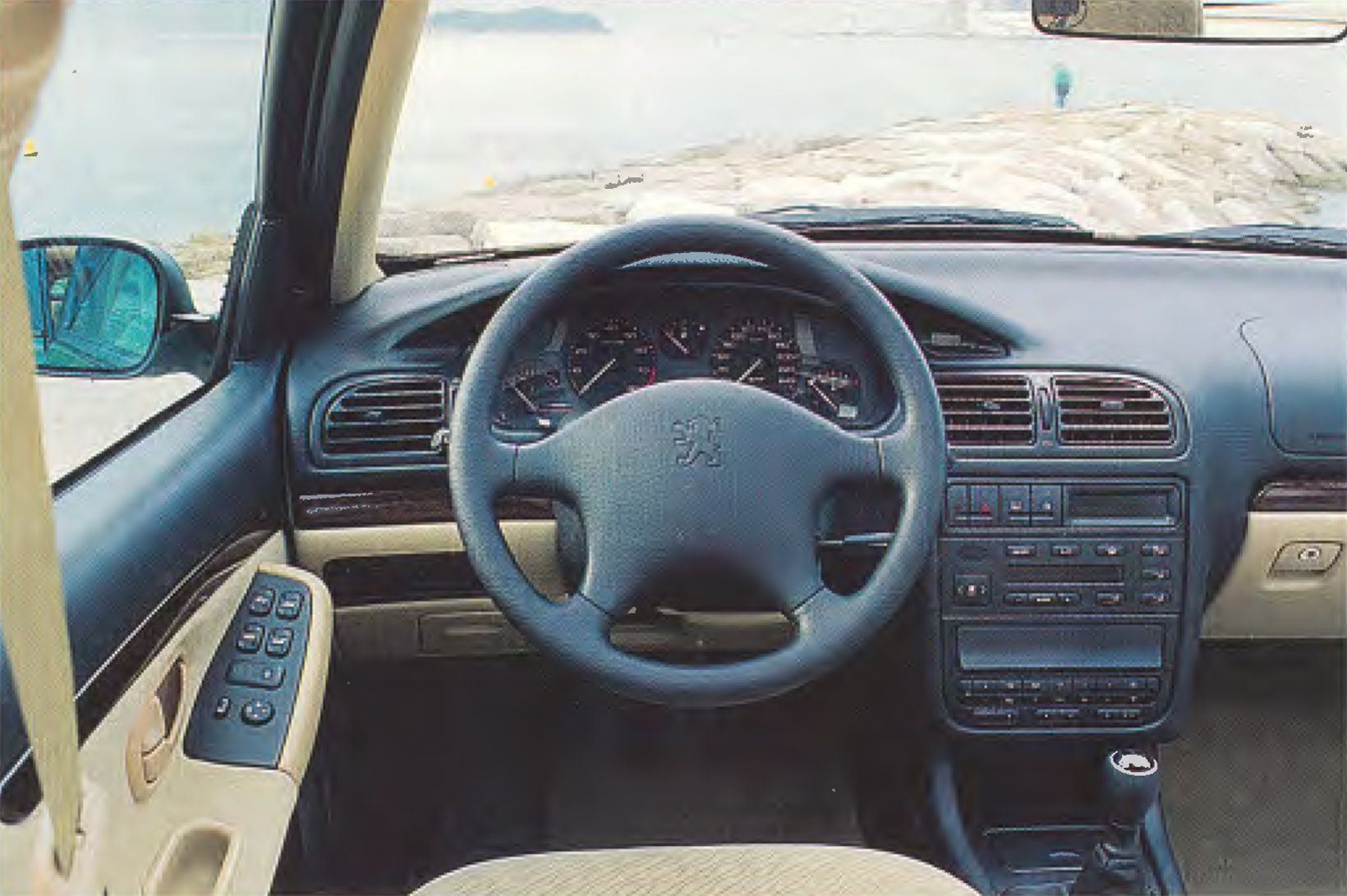 Peugeot's priorities were clearly aimed at producing an engine that was quieter and more civilised than the opposition. The Peugeot's very refinement serves to blunt the 406's subjective performance. Neither peaky nor notably flexible, the Peugeot's engine just goes about its work with a nonchalant efficiency. On low-grade Oz fuel, I suspect, it will be found wanting, especially when tied to the ZF four-speed automatic that comes on stream late next year, at about the same time as the obviously indispensable V6.

On paper, the 1315kg 406's acceleration is no more than acceptable - officially, 11.0sec to 100km/h. However, because the engine is unobtrusive, the driver soon learns the essentially linear performance is always accessible because it doesn't bring a corresponding increase in cabin noise levels. Ct's no world-beater, mind, not against engines as refined as those in the Accord.

In fact, subjectively, the 80kW, 2.1 litre turbo diesel, which matches the performance of the 1.8 petrol engine on paper, feels stronger and more lively than the 2.0 litre. A standing 400m time of 18.3sec and top speed of 190km/h, combined with an official urban fuel figure of 8.0 L/100km (35.3mpg), shows just how seriously Peugeot takes its domestic market. Almost half the new cars sold in France are oil-burners. 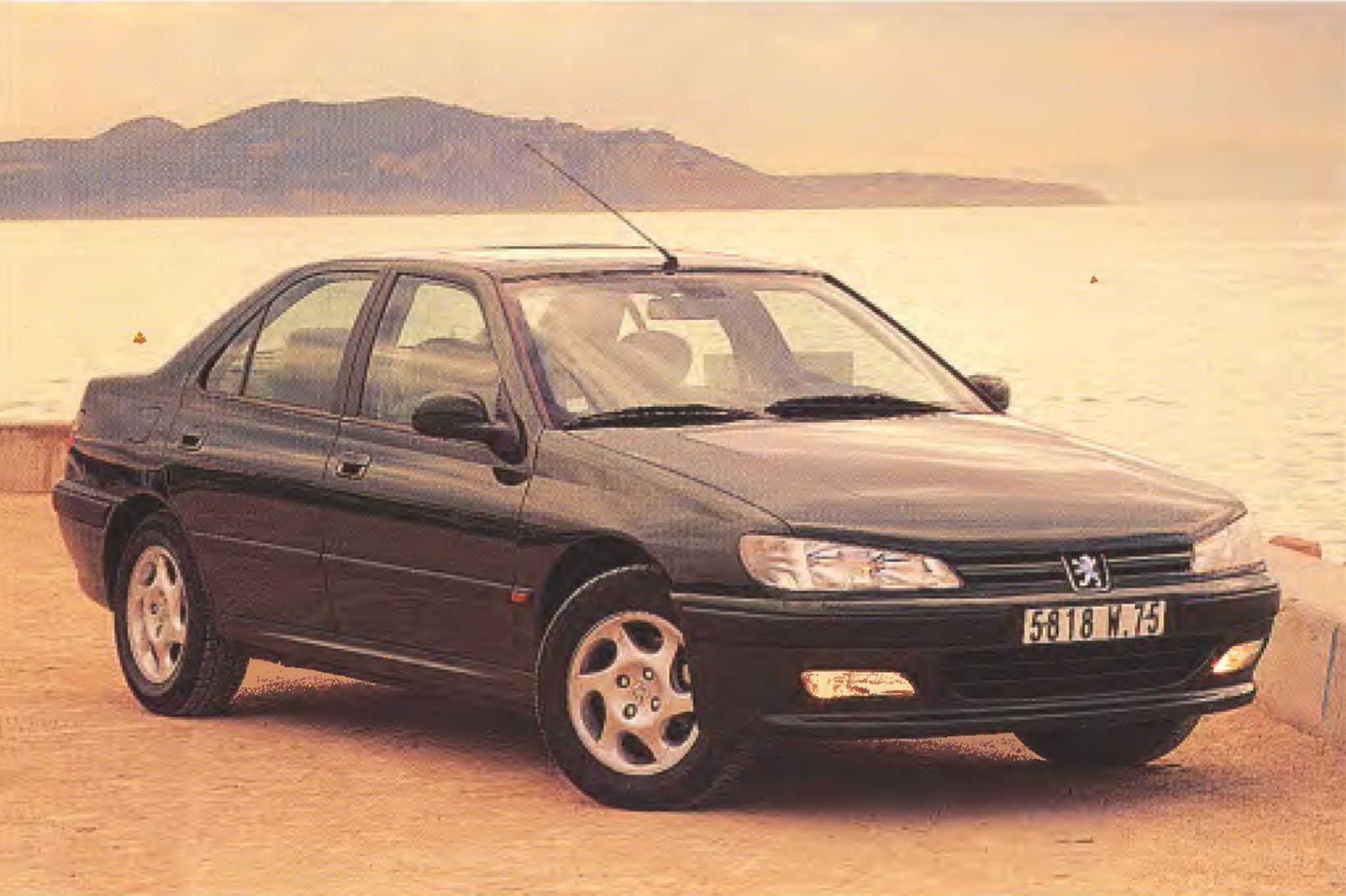 The 406 is like many European 2.0 litre cars today in being relatively low geared at only 35.0km/h per 1000rp1n in fifth. What's even more curious is that Peugeot believes the 81kW 1.8 version justifies taller gearing, fifth stretching to 38.7 despite significantly reduced torque (down 25Nm). A partial explanation is that the 2.0 litre version is considered the more sporting alternative, while the 1.8 is aimed at fleet buyers who want to stretch every litre to the maximum.

As freeway transport, the 406's potential won't be fully realised until Peugeot cures, as promised, the persistent wind noise produced at any speed above 115km/h from around the leading edge of the front doors and from the optional sunroof Door seals are blamed, but every Peugeot I've ever driven has suffered the same problem. Let's just say [' d like to try another 406 about six months down the road.

Not does the 406 have the super slick, Japanese-style gearshift. The manual change is clonky, a little vague and doesn't like to be hurried. A shame, because the drivetrain is smooth and the clutch action progressive. Four-wheel disc brakes and an instantly responsive yet progressive pedal action with standard ABS on the higher levels of specification, mean braking performance stands out here. They are truly terrific anchors. 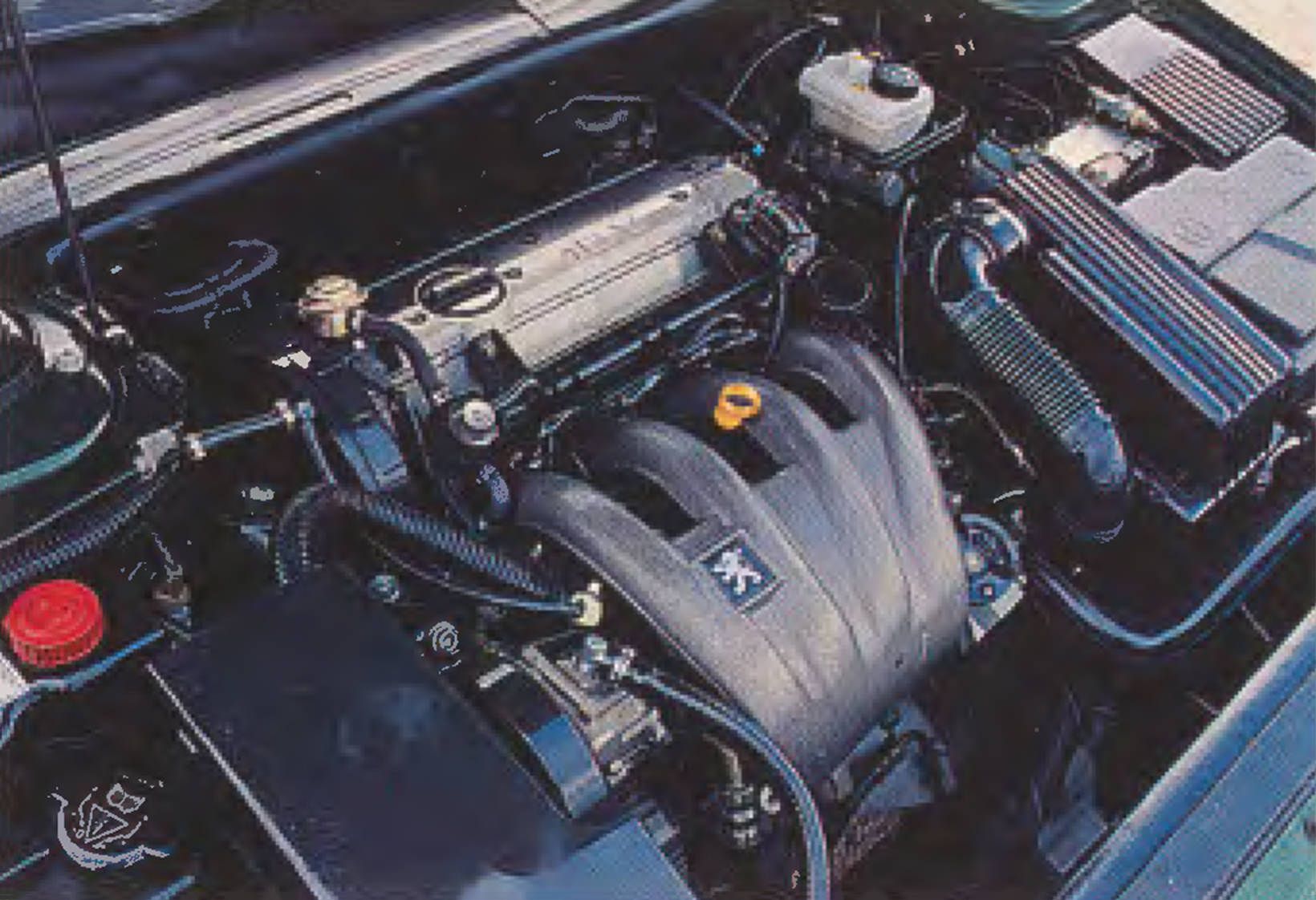 Once, before the Mondeo and Nissan Primera arrived, the 405 set the dynamic standard in this class in Europe and always did well in Australia. No, the 406 doesn't seize the lead again, but it's right up there with the best of the opposition, the Mondeo and Laguna. The differences are in nuance rather than substance, yet it's also clear Peugeot's engineering talents are now more broadly spread, today's emphasis involving a sidestep to a more balanced chassis rather than one aimed at the most responsive steering and handling.

Much of the blame, and not for the first time (remember BMW's Servotronic steering?), lies with the variable power steering used on the 2.0 litre petrol and 2.1 litre turbo diesel models. This engine speed-related system provides maximum assistance between 900 and l500rpm, gradually declining to 3800rpm when it's said to offer more feel than the standard, linear power steering. Maybe, but the consistency of the conventional steering on a 1.8 we drove easily outweighs any advantages the variable system has at parking speeds.

The trouble is, the driver is all too aware of this changing assistance. The artificial loading up as the car accelerates and the lightening when you brake distract the driver from the 406's essentially impressive ride and handling. Yet the 3.1 turns lock to lock steering is almost ideally geared.

The ride, a little nervous below 60km/h, improves on the motorway and brilliantly soaks up the undulations and 1-ipples of French N-roads. If there's slightly more body roll and initial understeer than you expect, the 406 still has plenty of road-holding and the new multilink rear suspension copes brilliantly with mid-comer irregularities. This suspension could well have been designed with Australian conditions in mind. 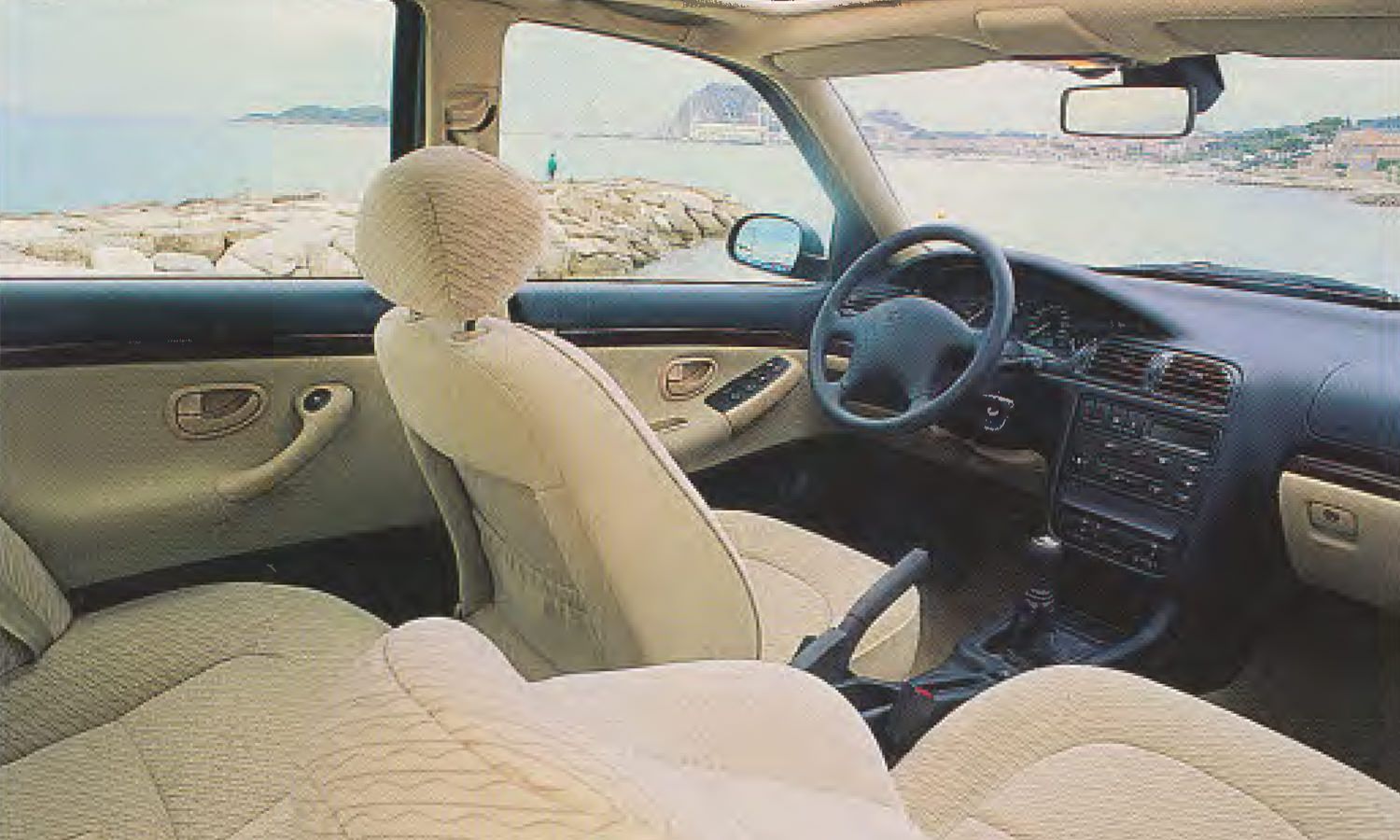 It replaces the 405's excellent trailing arms and torsion bars and is mounted to the increasingly popular (to reduced NVH levels) subframe connected to the body via four rubber bushes. There are four links, including a single lower control arn1, on either side. Mounted below the axis of the wheel, this am1 carries the coil spnng whose upper end is also linked to the subframe. An anti-roll bar connects the two axles via upright arms attached to the wheel hubs. The entire rear suspension unit without brakes weighs just 55kg.

Peugeot says the suspension is designed to counter dive and squat and to improve stability because, under load, the rear wheels tum fractionally in the same direction as front wheels because of differing stiffness in the connections between the various links.

The front suspension is a modified version of the struts used on the 405 and also uses a small subframe to isolate the suspension. Good to know Peugeot persists in designing and building its own dampers.

The essential character of the Peugeot is car- 1ied over into the interior. The 406, solid, respectable and better finished than any Peugeot in recent memory, is completely lacking in design flair. A high cowl means the windscreen seems shallow. The dashboard could be generic Japanese circa 1990, though some of the controls are hard to find and the designed-in radio is especially fiddly and mounted too low. But Peugeot sees the benefits in a fully adjustable steering wheel that's standard across the four trim levels. 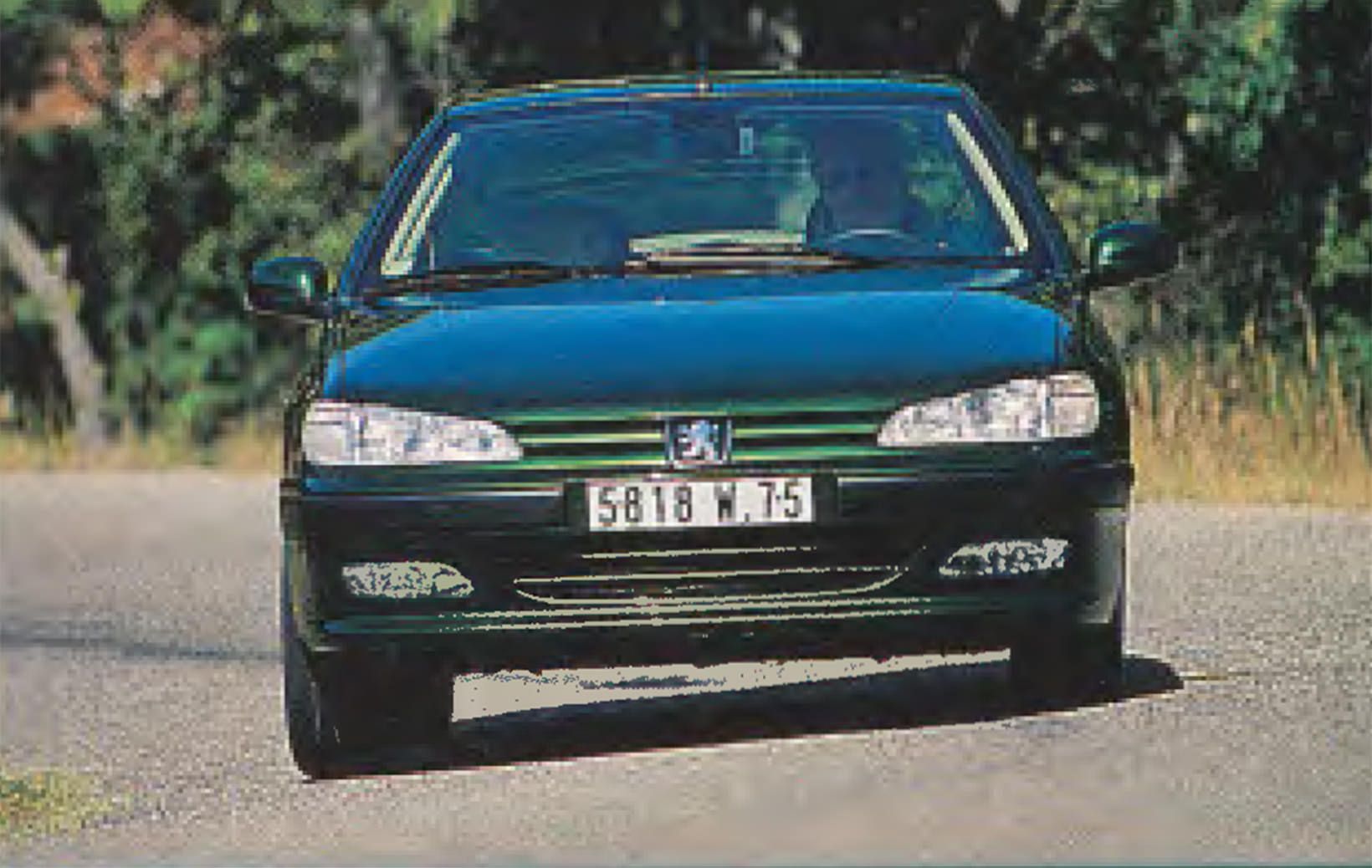 The Peugeot is spacious and roomy - tall drivers should avoid the headroom-stealing sunroof - though the front buckets are short in the cushion, a common fault on recent French cars. Top level models get both tilt and cushion height and lumbar adjustment yet, with the range of wheel movement, this isn't critical.

The automatic air-con copes with 30 degrees, but the effect is spoiled because the LED readouts are all but impossible to read on a bright day. Interesting, too, that the needles for the rather small instruments are illuminated like a Lexus LS400's.

The 406 reverses the traditional impression that French car makers ignore crash safety. It exceeds all known crash regulations and includes a 45 litre driver's and a 90 litre passenger's airbag while retaining a reasonably large glove box.

Corning next year are side bags in the front seats. Front belts attached to the seats are equipped with web grabbers and pyrotechnic pre-tensioners. Importantly, all three rear seats have full lap-sash belts.

Without being brilliant in any single area, the 406 delivers an impressive and balanced array of talents in a mature design. I suppose that's what Peugeots of this size have always done: 404, 504, 505, 405 and now 406. Given prices that match the opposition, the appeal of Peugeot's new family sedan is obvious. But because it's French, the political climate will have to change substantially in Australia if it's to have any chance. 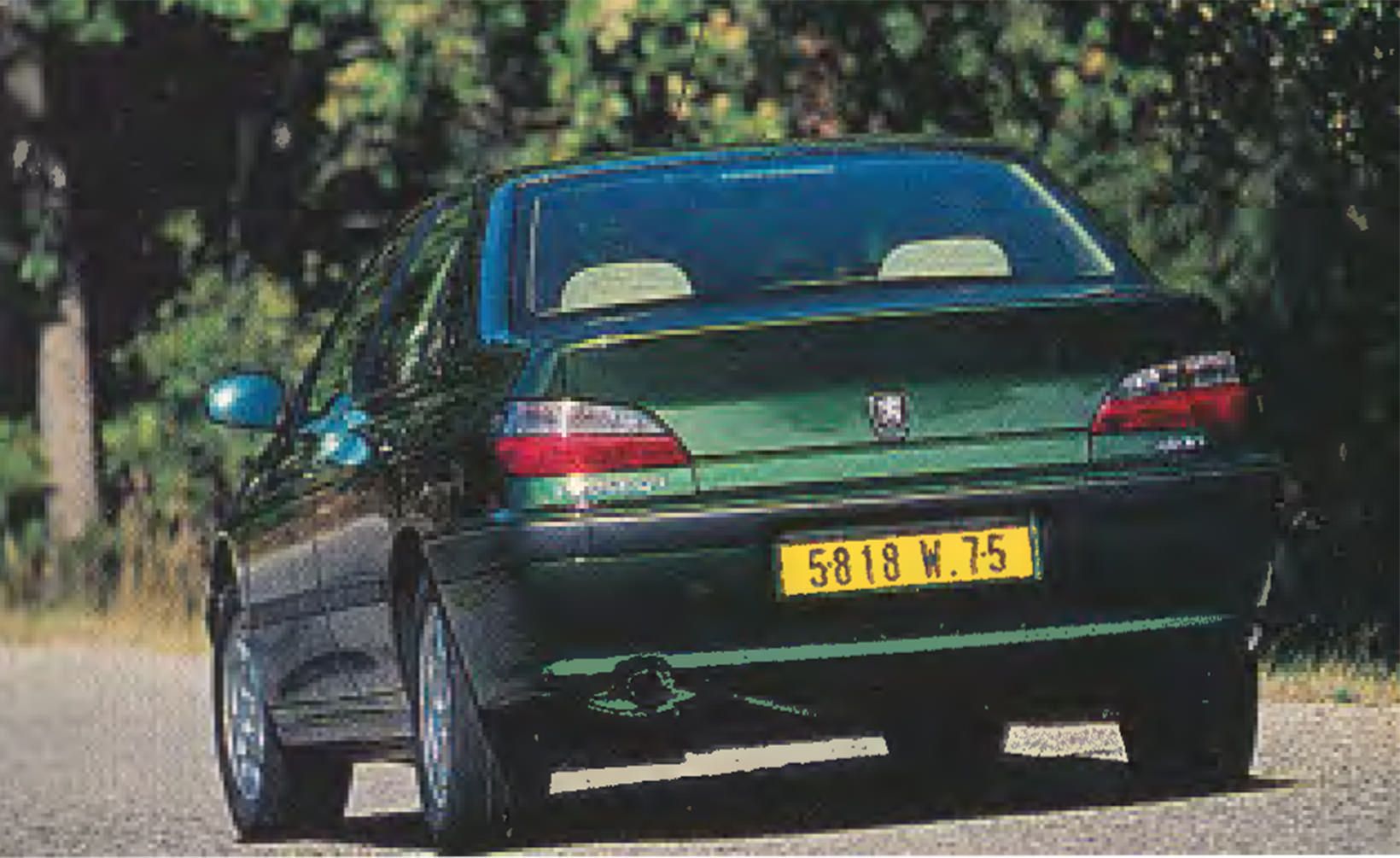