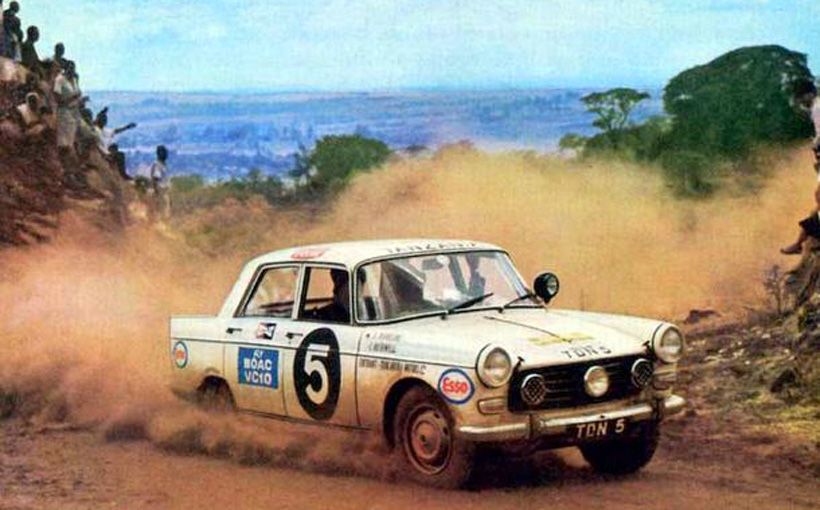 Cheered on by thousands of spectators cramming every vantage point, the Shankland/Rothwell Peugeot 404 Injection charges through the African dust on its way to a famous victory in 1967. On numerous occasions these French sedans defeated the potent Cortinas entered by Ford’s mighty works team. (Image from: www.maskinisten.net)

There was no tougher annual test for car manufacturers in the 1960s than the iconic East African Safari Rally, which makes the Peugeot 404’s dominance during that era a testament to its build quality and endurance which attracted a loyal following around the world - including Australia.

The 404’s revered status is justified when you realise how close rally cars were to the showroom products in those days. And the hellishly tough conditions the annual East African Safari threw at them, from roaming wildlife to rock-throwing locals, from baking hot sun and blinding dust to torrential rains, flash floods and thick mud.