Peugeot 208 breaks cover, but will it arrive in Australia?

LIGHT hatchbacks may quickly be falling out of favour with Aussies, but that doesn’t mean car-makers around the world have stopped all development of their entry-level models.

Afterall, light hatches are all the rage in Europe, where inner-city parking is often a nightmare, and the zippy powertrains and diminutive size are huge boons for customers.

Enter the new-generation 208 from Peugeot that will hit overseas showrooms later this year, but whether the latest light hatch makes landfall Down Under is still under a cloud. 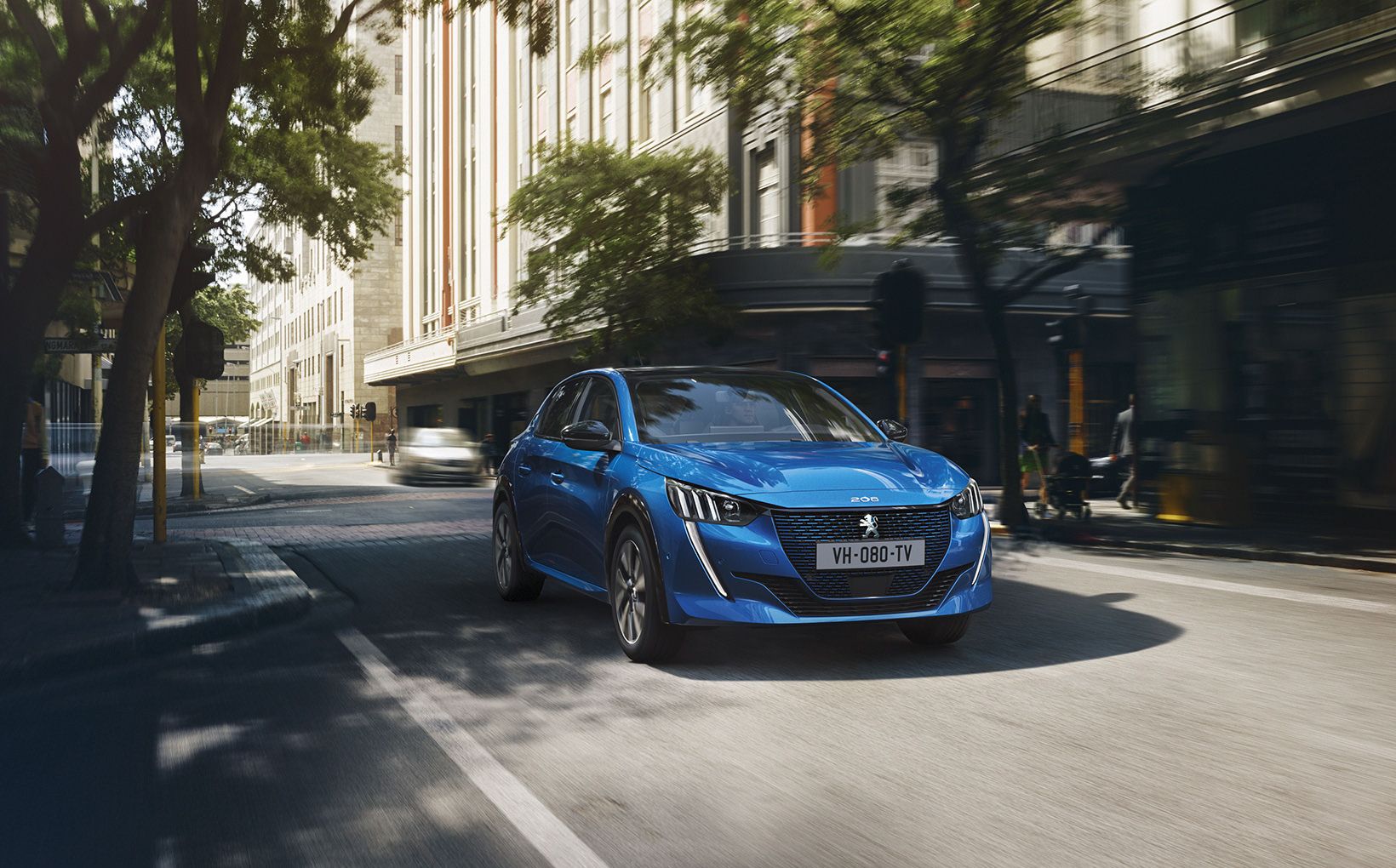 Shown for the first time in public at this month’s Geneva motor show, the new-generation Peugeot 208 light hatchback clearly draws its design inspiration from the 508 sedan and 3008 SUV.

First revealed last month before its public debut at the 2019 Geneva motor show, the new Peugeot 208 will be made available in petrol and diesel forms, as well as an all-new e-208 electric vehicle (EV) variant.

That’s right, you didn’t misread that, Peugeot is entering the all-electric game with a light hatchback that will take on the Renault Zoe head-on, as well as the more upmarket BMW i3 and larger-sized Nissan Leaf.

Packing a 100kW electrified punch, the e-208 will travel 340km before needing to be juiced up thanks to its 50kWh battery pack. 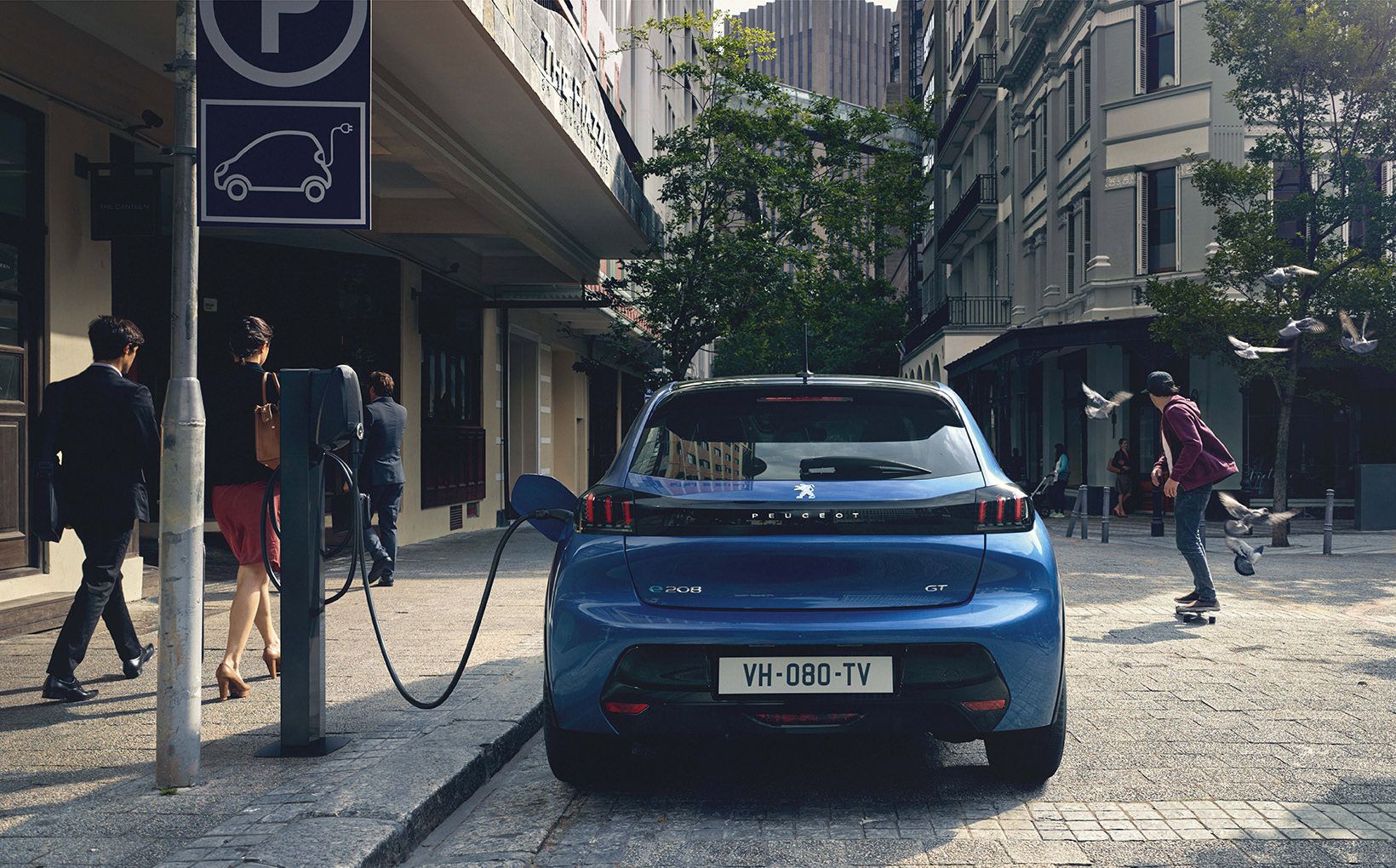 Available with an all-electric powertrain, the Peugeot e-208 will hit European showrooms later this year, but is still being assessed for suitability for the Australian market.

Though the emissions-free driving range might not seem all that much to write home about, Peugeot says 80 per cent of the battery can be topped up in just half an hour with the right type of fast-charging infrastructure.

This also keeps the e-208 in line with its Renault Zoe rival, which will hit 300-400km of driving range (depending on hot/cold weather, but those measurements were recorded on the older New European Driving Cycle (NEDC) testing, whereas the Peugeot is measured on the Worldwide Harmonised Light Vehicle Testing Procedure (WLTP).

However, those that have yet to buy into the EV future can stop opt for one of three 1.2-litre three-cylinder petrol engines, or even a 1.5-litre turbo-diesel four cylinder. 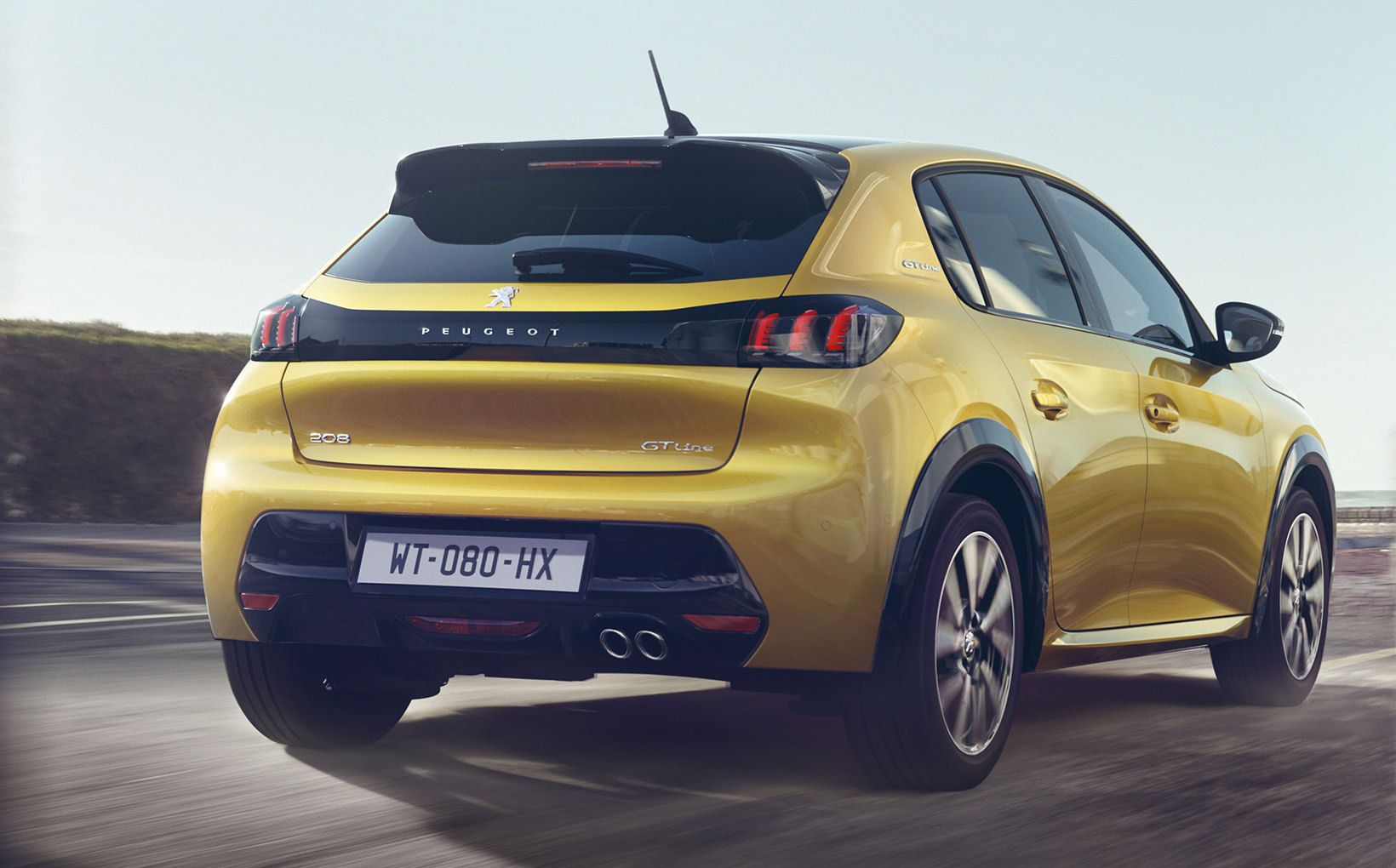 Conventional engines are also offered, with the Peugeot 208 range available with one of three 1.2-litre three-cylinder petrol engines, or a 1.5-litre turbo diesel.

Outputs in the petrol versions range from 56kW, 75kW or 97kW, with the less powerful mated exclusively to a five-speed manual, the mid-spec version available with either a six-speed manual or eight-speed automatic, and the top-tier variant offered solely with two pedals.

Meanwhile, oil-burning 208s have 75kW of power under the bonnet, which sends drive to the road via a six-speed manual.

Styling-wise, the 208 adopts more than a few cues from the new 508 sedan and 3008 SUV siblings, including sharp headlights, a large front grille and a three-dimensional segmented tail-light arrangement. 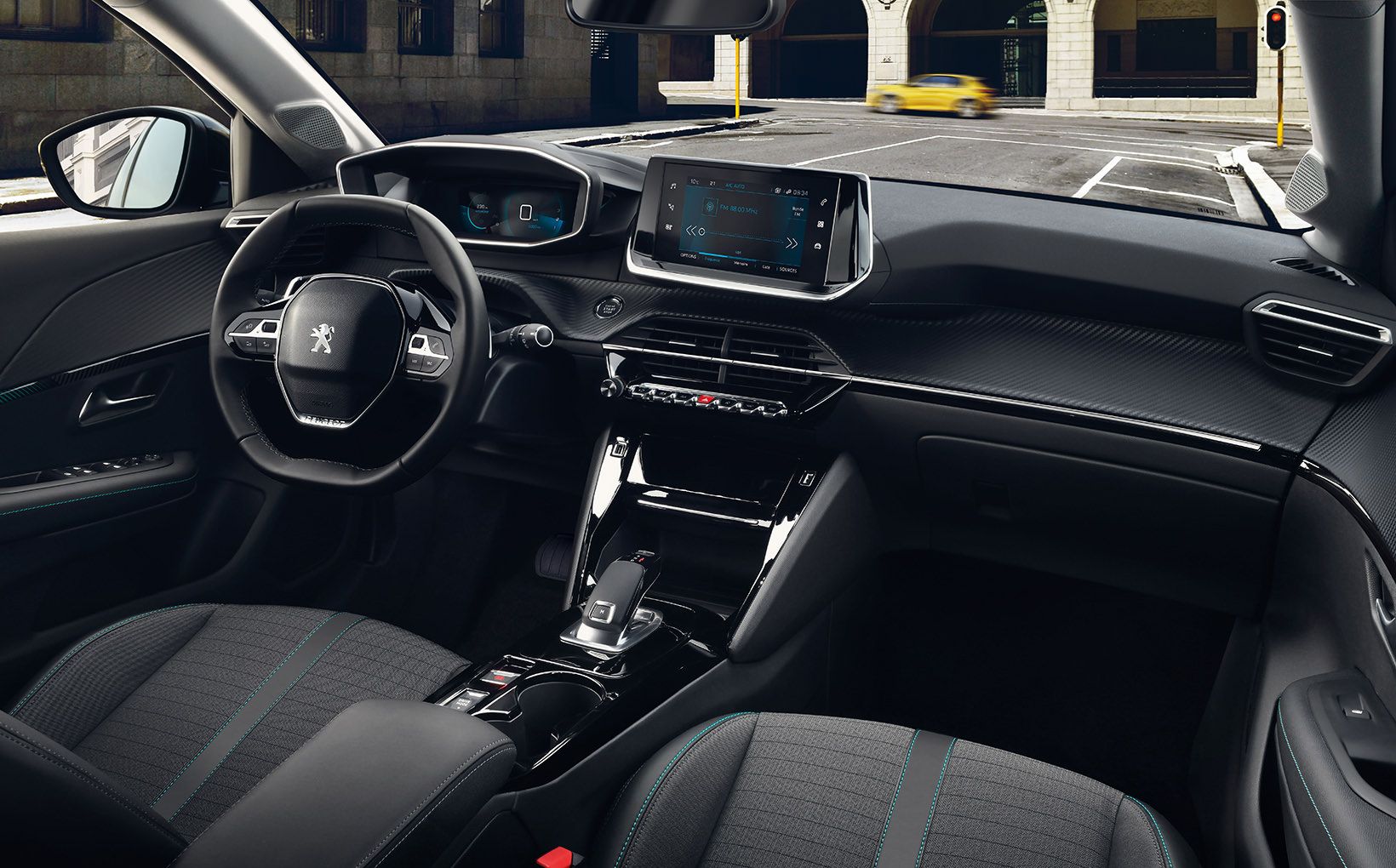 Another big update for the Peugeot 208 is in its cabin, which now features high-set digital instrumentation, small-diameter steering wheel and large infotainment display.

Inside, it’s all 3008 with a small and chunky steering wheel, high-set all-digital instrumentation, 7.0- or 10.0-inch infotainment display (depending on grade) and unique shifter design.

However, like we mentioned earlier, the 208 might not even make its way into Australia showrooms with competitors such as the Ford Fiesta and Holden Barina already bowing out of the fight.

With sales of the Peugeot 208 hitting just 195 units last year (a steep 49.4 per cent drop over 2017’s tally), the future doesn’t look bright for the French light hatchback, though it is confirmed that its Renault Clio rival will launch in new-gen form early next year. 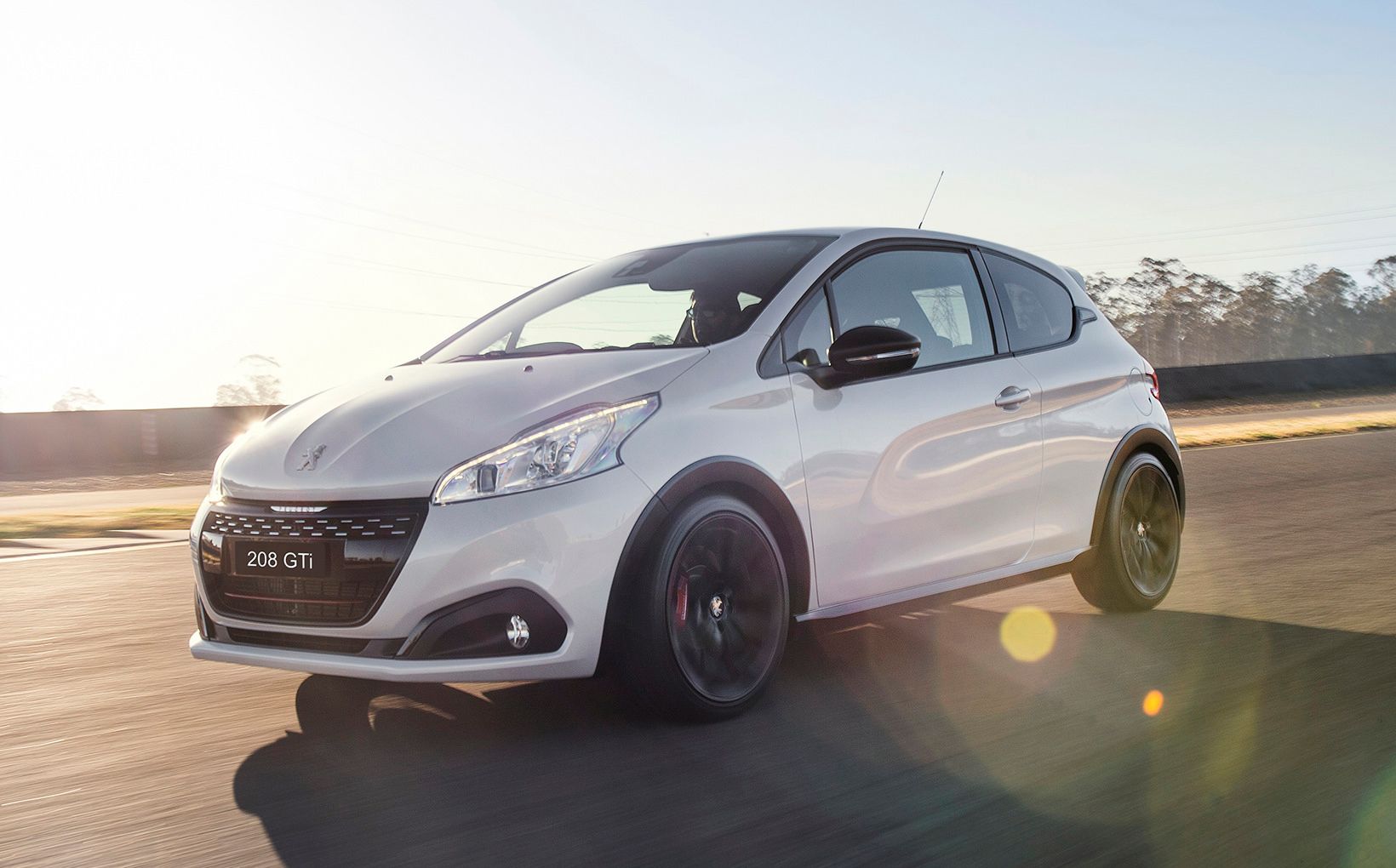 Shoehorned under the bonnet of the Peugeot 208 GTi was a turbocharged 1.6-litre four-cylinder petrol engine, which sent 153kW/300Nm to the front axle.

If you ask us, it would be a shame if the new Peugeot 208 didn’t make it to our shores, as the original one that launched globally in 2012 was a quirky and under-rated gem.

Especially in top-tier GTi trim that was powered by a firecracker 153kW300Nm 1.6-litre turbo-petrol donk, the Peugeot 208 really shined when delivering on tight and taught cornering thrills.

It’s predecessor, the 207 that was built from 2006 to 2014 also featured the same sharp handling characteristics, but styling and reliability has taken its toll on the light hatchback that hit a total production run of over 2.5 million units. 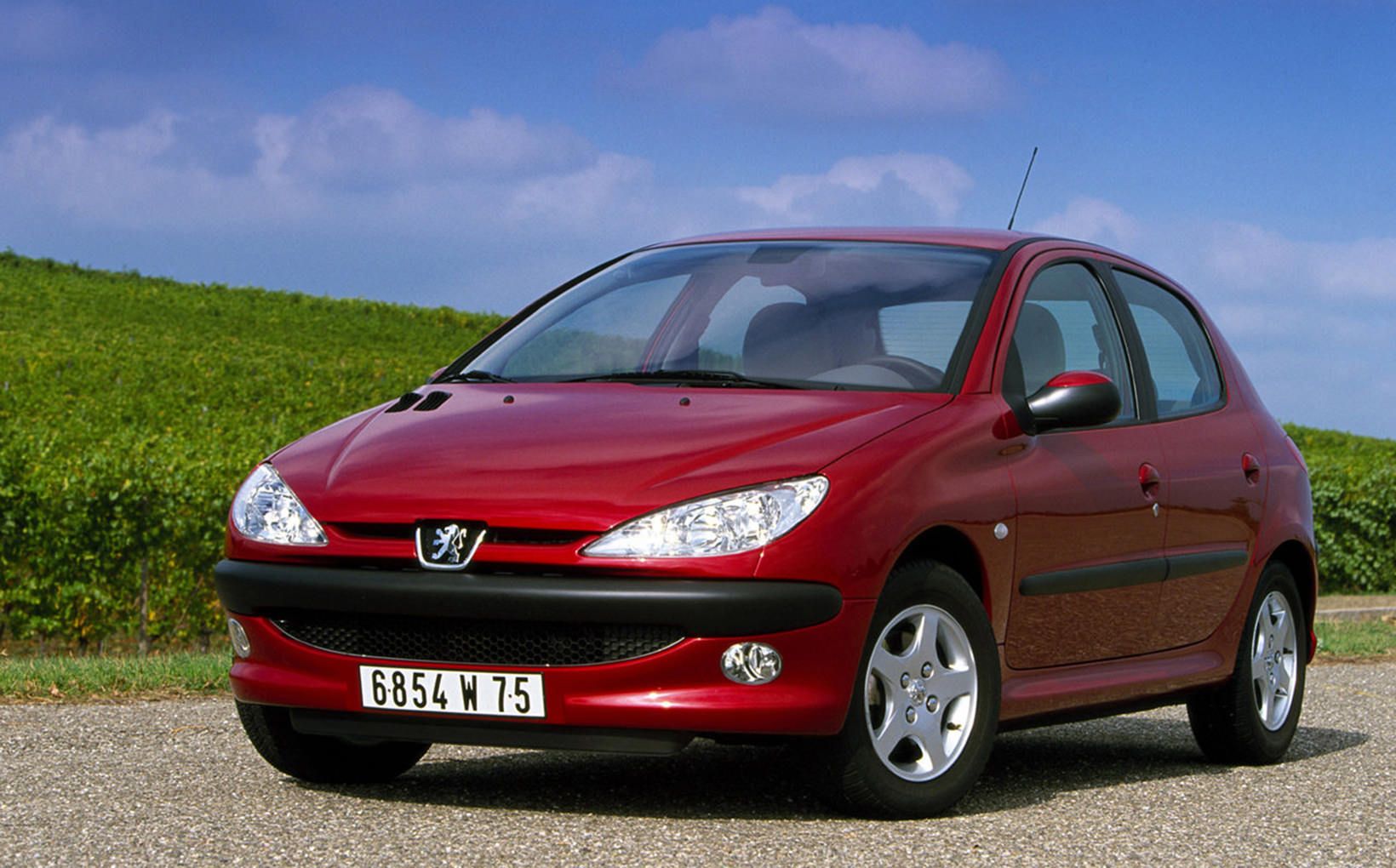 Though the years have not been kind to the Peugeot 206, it is the French brand’s most successful global model yet.

However, styling on the 207 was more of an evolution from its 206 predecessor – officially Peugeot’s best-selling car yet – which was launched in 1998 in hatchback form, followed by a coupe, wagon, sedan and even cabriolet body styles.

The 200-series light hatchback originated with the Peugeot 205 however, which was available from 1983 to 1998 and is credited with turning around the French brand’s then-dwindling fortunes.

How about it then? Do you think the Peugeot’s latest 208 light hatchback will carry on the legacy of its predecessors? Or will it even be available to buy in Australia?

Protect your Peugeot Call Shannons Insurance on 13 46 46 to get a quote today.