IT HAS been a while since relatively mainstream car has caused such a fuss amongst the motoring fraternity on the topic of styling, or at least this kind of fuss.

The vast majority of the time the fuss is positive as people drool over the latest, shiny new models, but in the case of the new BMW 4 Series, things have been divisive to say the least.

Unsurprisingly, all of the fuss and commotion revolves around that new front end, specifically the radical new take on the twin-kidney grille. 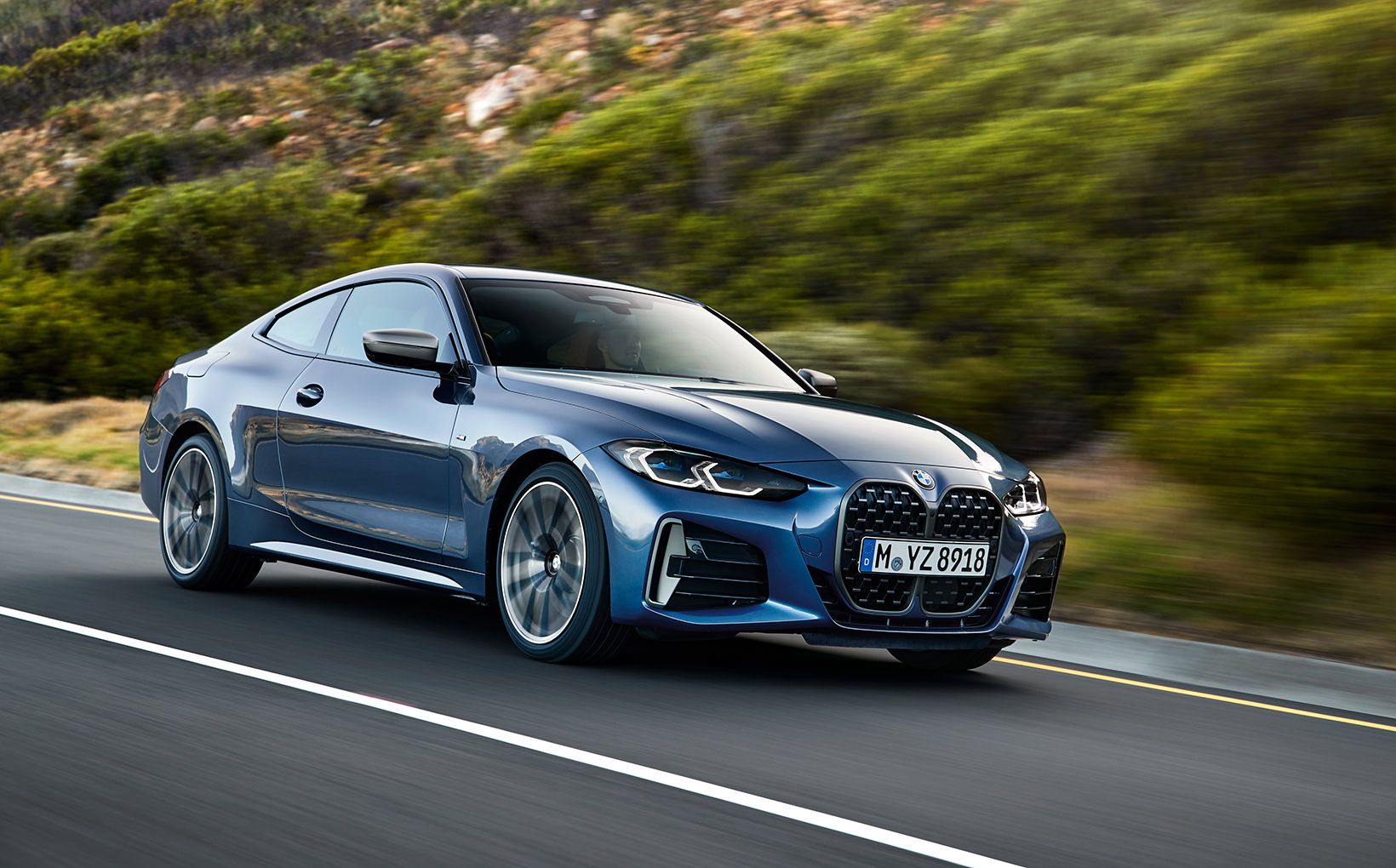 The new BMW 4 Series’ face is causing quite the fuss among car fans.

The new grille arrangement dominates the front end, spanning from just under the bonnet line to the subtly integrated front lip with the numberplate mounted across the middle.

BMW says the grille “shines the spotlight on its standalone character and provides significant presence” and that it is a “defining element of the front end”, harking back to the classic 328 of the 1940s and 3.0 CSi from the ’70s.

Whatever the case, it’s clear the new 4 Series takes at least one giant step away from the current model’s familiar frowning face. 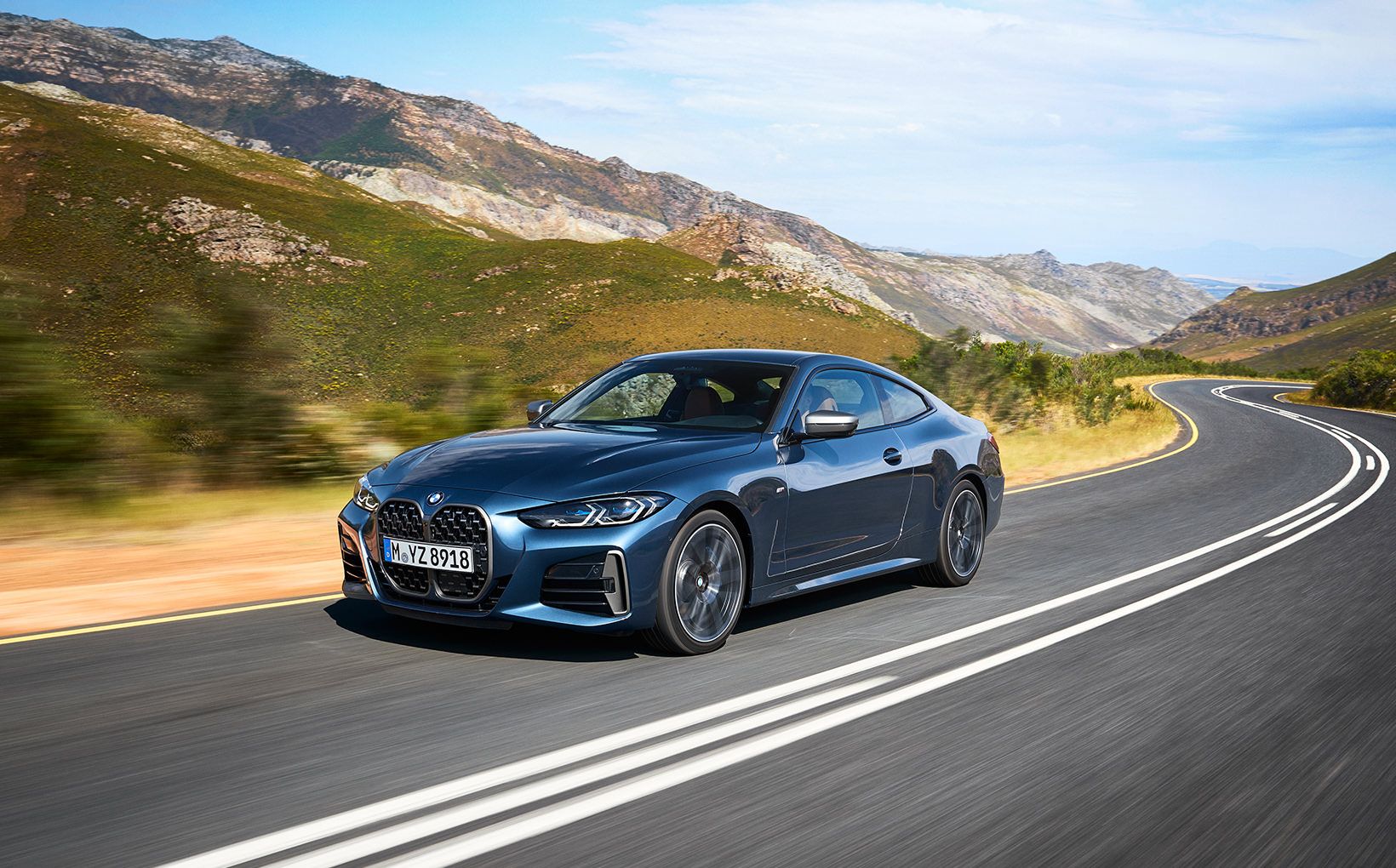 BMW says the new look won’t be rolled out on other models.

For those who haven’t been repelled by the new styling and find it interesting and/or attractive, the new 4 Series is 128mm longer and 27mm wider than the current model with the whole package rolling on a 41mm-longer wheelbase.

The front and rear tracks have also been widened by 28mm and 18mm respectively.

Tracing back (away from the nose), the body design becomes more familiar and recognisable albeit with a few subtle changes to the body sculpting along the flanks. 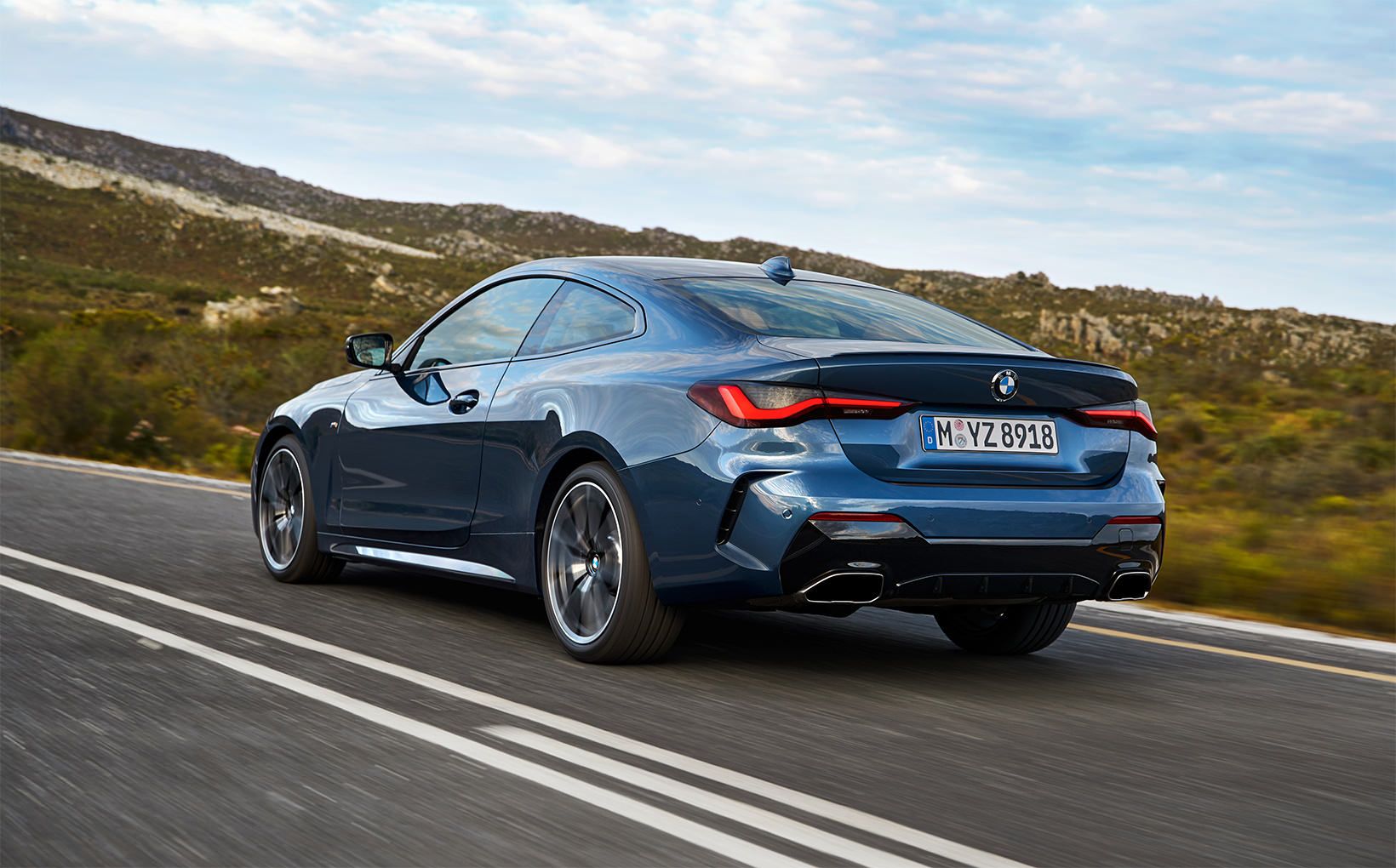 The rest of the body is refreshingly elegant, as a coupe should be.

The rear is also definitively BMW and appears to be more of a refinement exercise than total redesign, a la the front end, with the new slimline LED tail-light arrangement being the most notable change.

As before and as you would expect, the interior of the new 4 Series is a copy and paste job courtesy of the 3 Series sedan, just with sports seats and an M leather-clad steering wheel to add that extra sporty touch.

Refreshingly for a coupe, the 4 Series comes with usable back seats – for two people – which in an added bonus, can be folded flat in case owners need more cargo space. 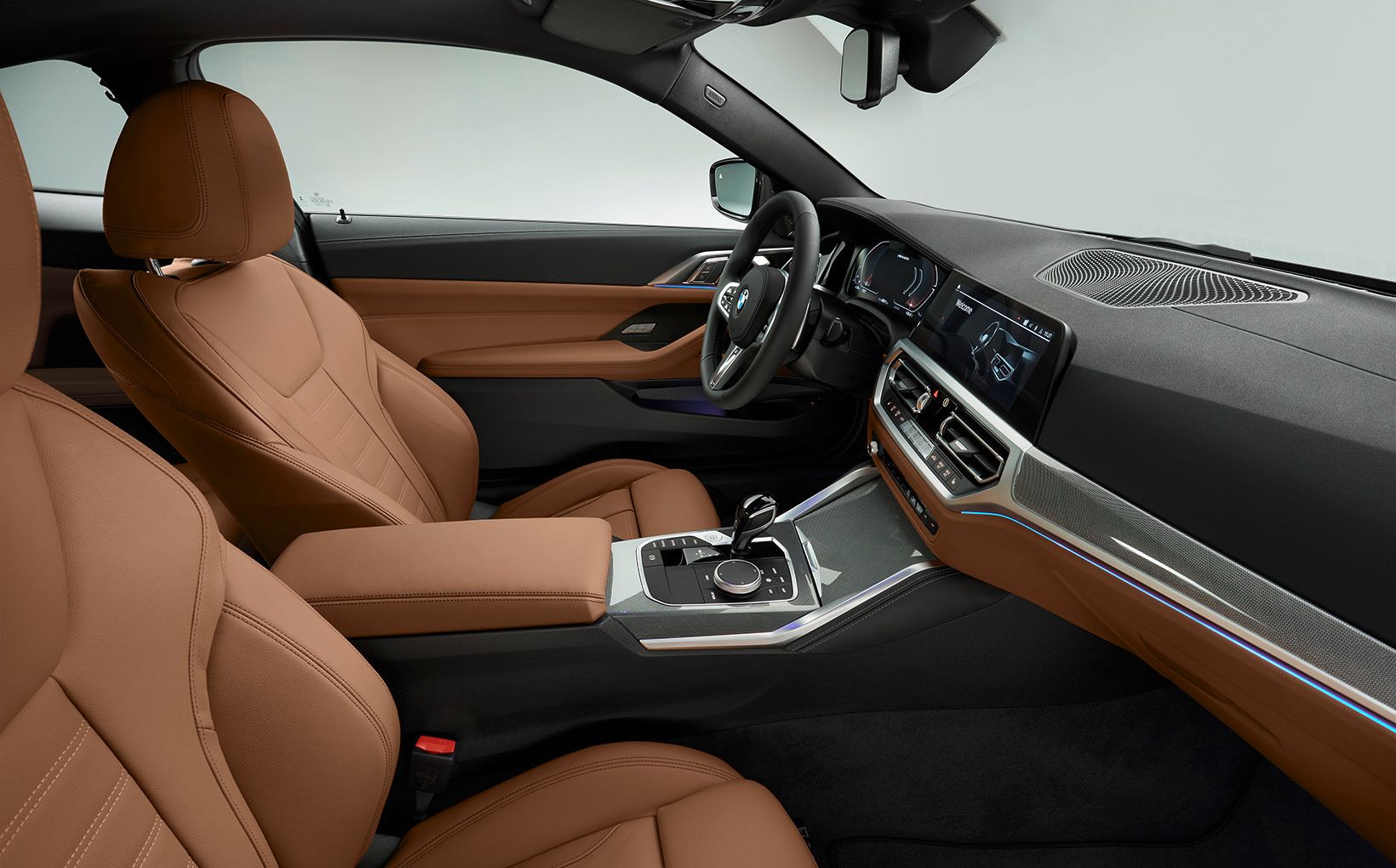 Twins Basil, twins… the 4 Series takes its interior from the 3 Series sedan.

Befitting of a BWW, everything is wrapped in leather or some other premium material while infotainment duties are taken care of by the BMW Operating System 7.0 which can be accessed no less than five different ways: dash-mounted touchscreen, iDrive controller, multifunction buttons on the steering wheel, voice control or the optional gesture control.

Android Auto and Apple CarPlay has been thrown in too for good measure, as has the digital cockpit and head-up display. 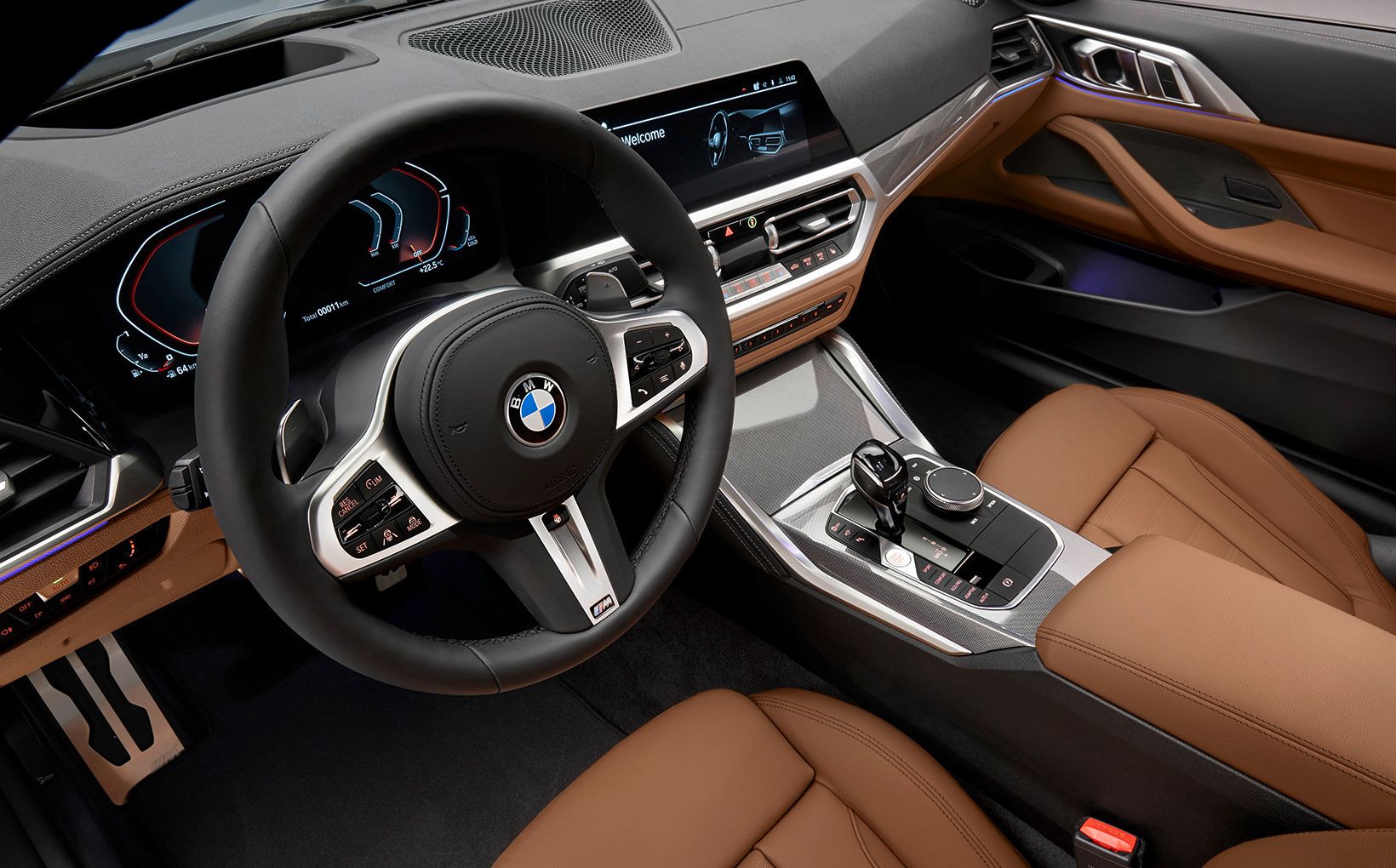 Screens, gadgets and gismos are aplenty.

On the topic of the range, three variants will be offered Down Under until the inevitable M4 arrives and takes the count to four somewhere down the line.

At the bottom of the range is the 420i which relies on a turbocharged 2.0-litre four-cylinder for propulsion purposes with the four-banger producing 135kW/300Nm.

The same engine is used in the higher-spec 430i only in this guise, it produces a much healthier 190kW/400Nm with power in both models sent to the rear wheels via an eight-speed automatic transmission. 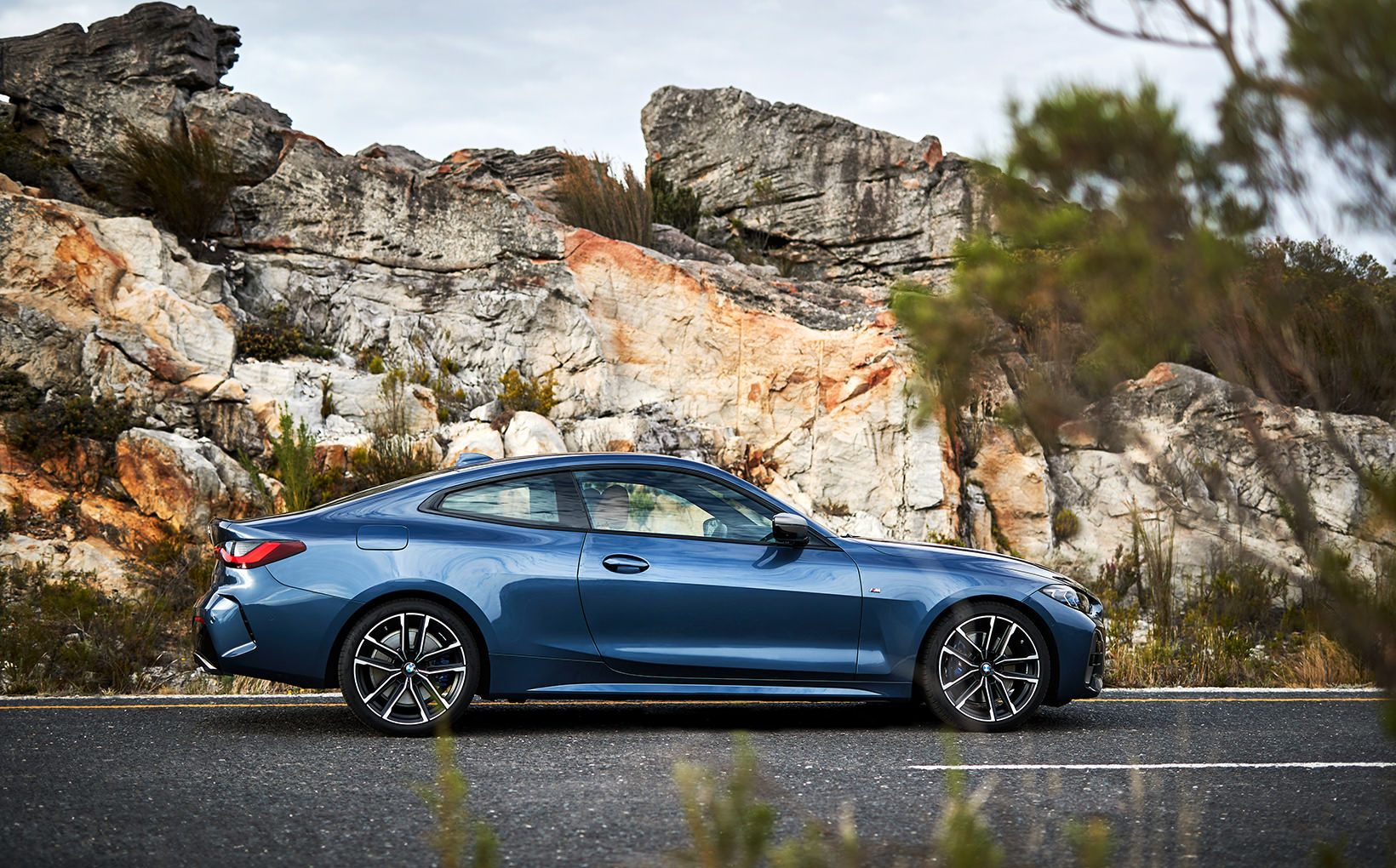 Three models will be offered here in the lead up to the M4.

Sitting atop the range is the all-paw M440i xDrive which swaps out the blown four-cylinder mill for a much more potent force-fed 3.0-litre straight six good for 285kW/500Nm.

Power is sent to all four wheels via the same eight-speed transmission as the rear-wheel-drive variants.

No performance figures for any of the variants have been released yet although we can be pretty certain the 430i and M440i will flirt with or even crack the five second barrier in their respective sprints from 0-100km/h. 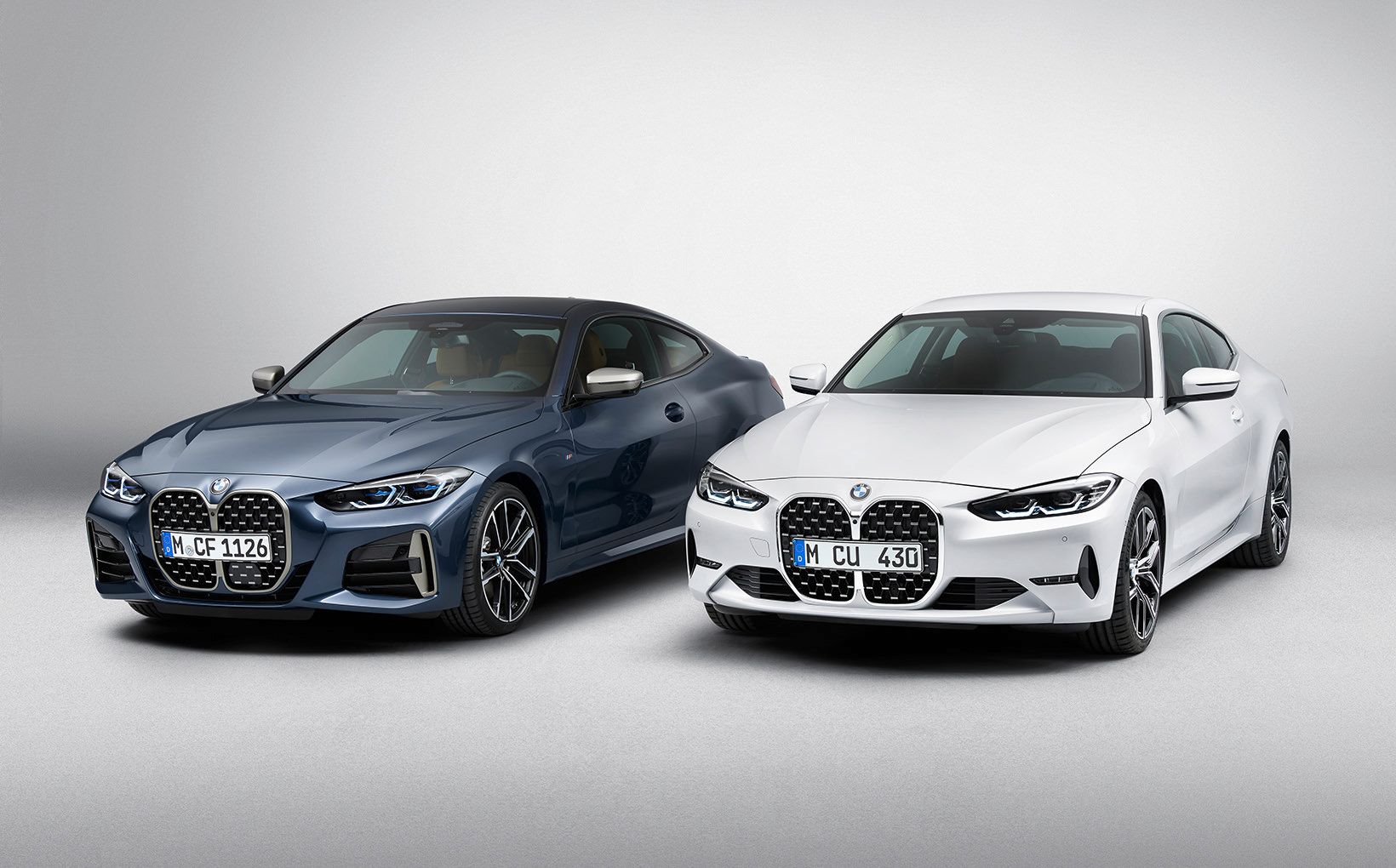 The M Sport Package ups both the visual and dynamic ante.

Befitting of their coupe body styles, all versions ride on M suspension and will come with the option of adaptive damping.

For those fancying a baby M4 but without the uncertain waiting times, the M Sport Package adds M Sport suspension and some extra visual flare with bigger intakes, more strongly contoured rear apron, 19-inch M light alloy wheels as well as kneepads on the sides of the centre console to anchor yourself in while attacking some bends.

Time will only tell how well the new 4 Series is received, with the first examples due to touch down in October and surely reignite the debate about that radical new front end. 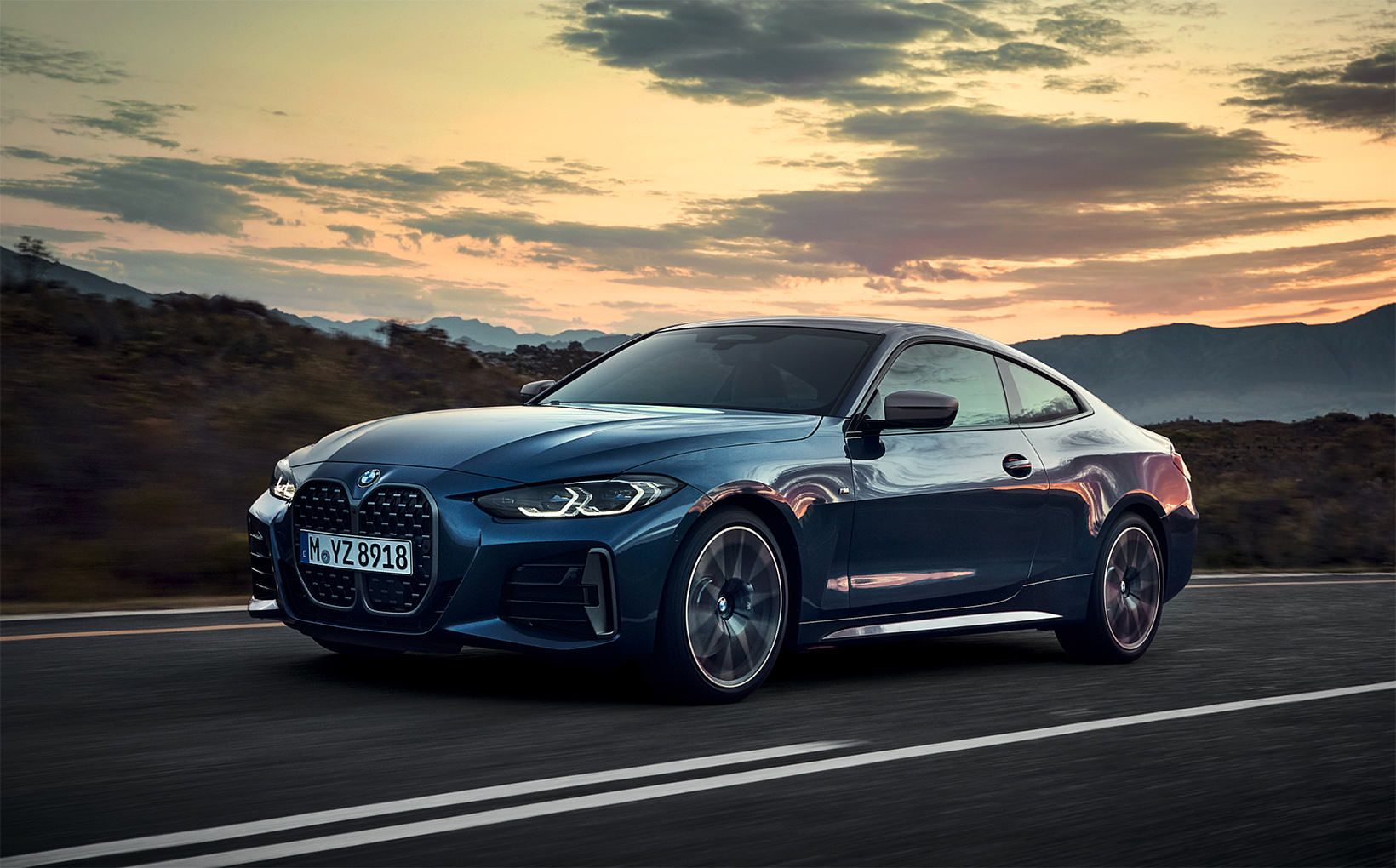 The new 4 Series will launch in October, joined by the refreshed M5 Competition.