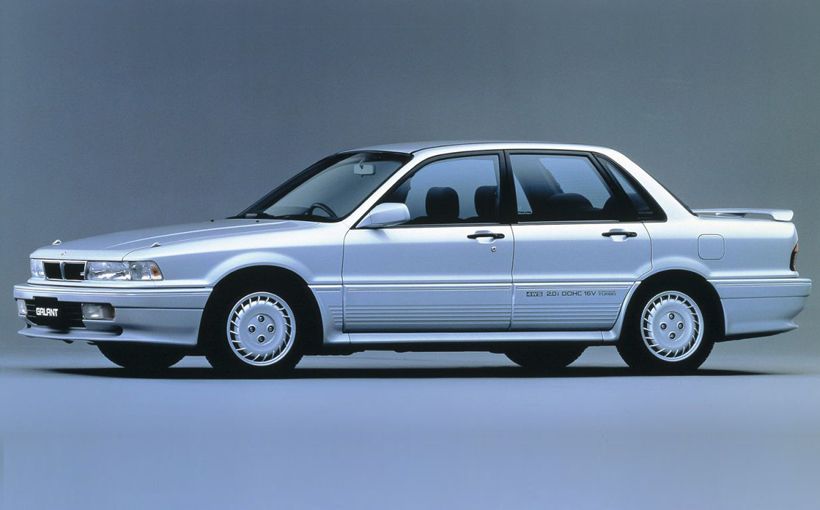 The second half of the 1980s was a time of considerable technical advancement in the automotive industry, especially in Japan. Both the Mazda MX-6 and the Honda Prelude featured four-wheel steering (4WS), and it seemed highly likely that within a very few years most cars would adopt this technology. At the time, 4WS probably seemed more likely to go from being a fad to a lasting movement than the very expensive and heavy four-wheel-drive – still yet to be bifurcated into 4WD and all-wheel-drive (AWD), by Fuji Heavy Industries’ (read: Subaru’s) canny product planners. 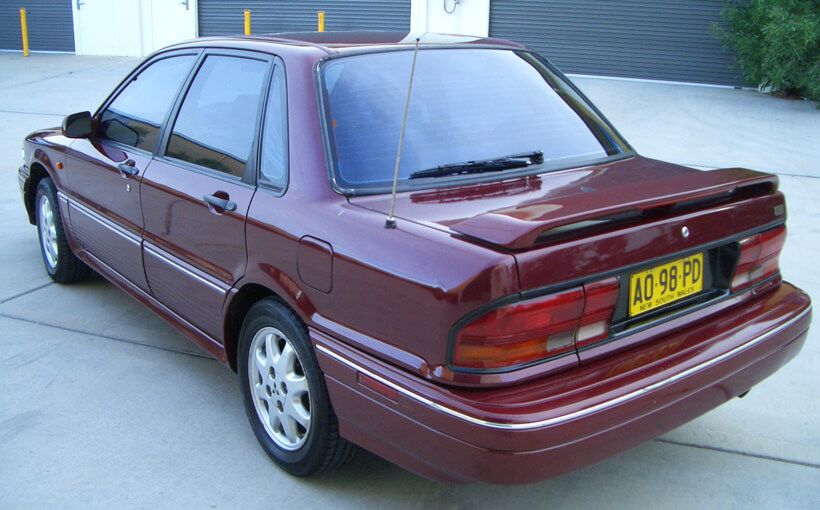 Not beautiful, especially not from this view where the glasshouse looks gawky.

One new Japanese car, which made its debut in 1987, featured both 4WS and 4WD and this was the Mitsubishi Galant VR-4. The VR-4 (for Viscous Realtime 4WD) was the flagship of the company’s sixth generation Galant. The VR-4 had been configured to meet the then new Group A regulations of the World Rally Championship (WRC).